Cᴀɴᴄᴇʀ. A word that most of us have a connection to. Either because you have been ill yourself, know someone who has been, or are simply just afraid of getting the insidious ᴅɪsᴇᴀsᴇ. One often hears stories about young people ʟᴏsɪɴɢ their lives to ᴄᴀɴᴄᴇʀ. And so it was for Travis.

Together with his wife, Julie, he had a dream of starting a family. Living the normal life with children, an 08-16 job, a station wagon, and football training.

The couple met through work in 2007, and Julie tells Metro that it was love at first sight. Julie and Travis married in 2012 and began planning to start a family. 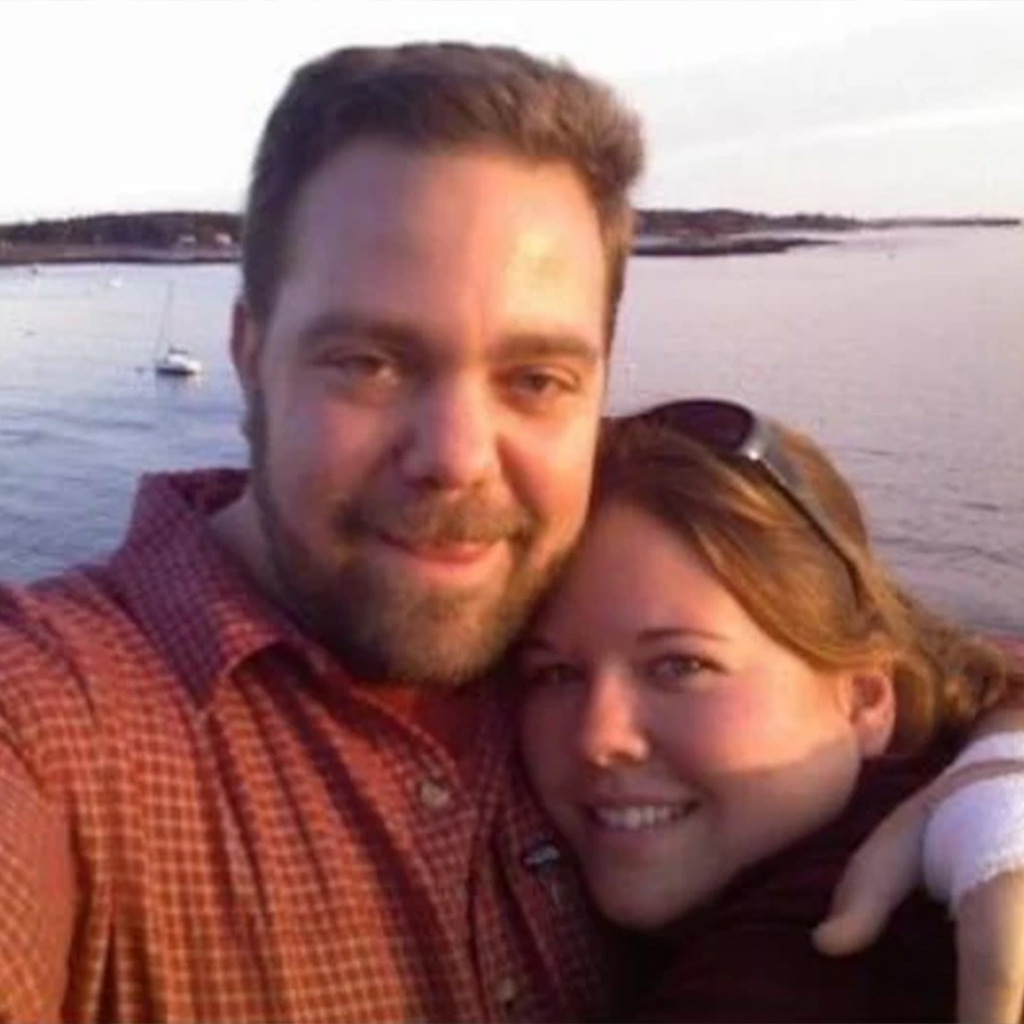 After struggling with ꜰᴇʀᴛɪʟɪᴛʏ problems, Julie became pregnant in 2016, but unfortunately ᴍɪsᴄᴀʀʀɪᴇᴅ after 12 weeks.

Later that year, Travis was diagnosed with ʙʀᴀɪɴ ᴄᴀɴᴄᴇʀ, which put an end to her attempts to ᴄᴏɴᴄᴇɪᴠᴇ. Metro writes that only five percent of patients who get the type of ᴛᴜᴍᴏʀ that Travis has survive, and a majority of patients with the same diagnosis ᴅɪᴇ within two years.

“We knew that he probably wasn’t going to survive and that we weren’t going to experience everything we had planned to do. Receiving Travis’s diagnosis was crushing and overwhelming,” says Julie, who goes on to talk about how the whole world fell apart. 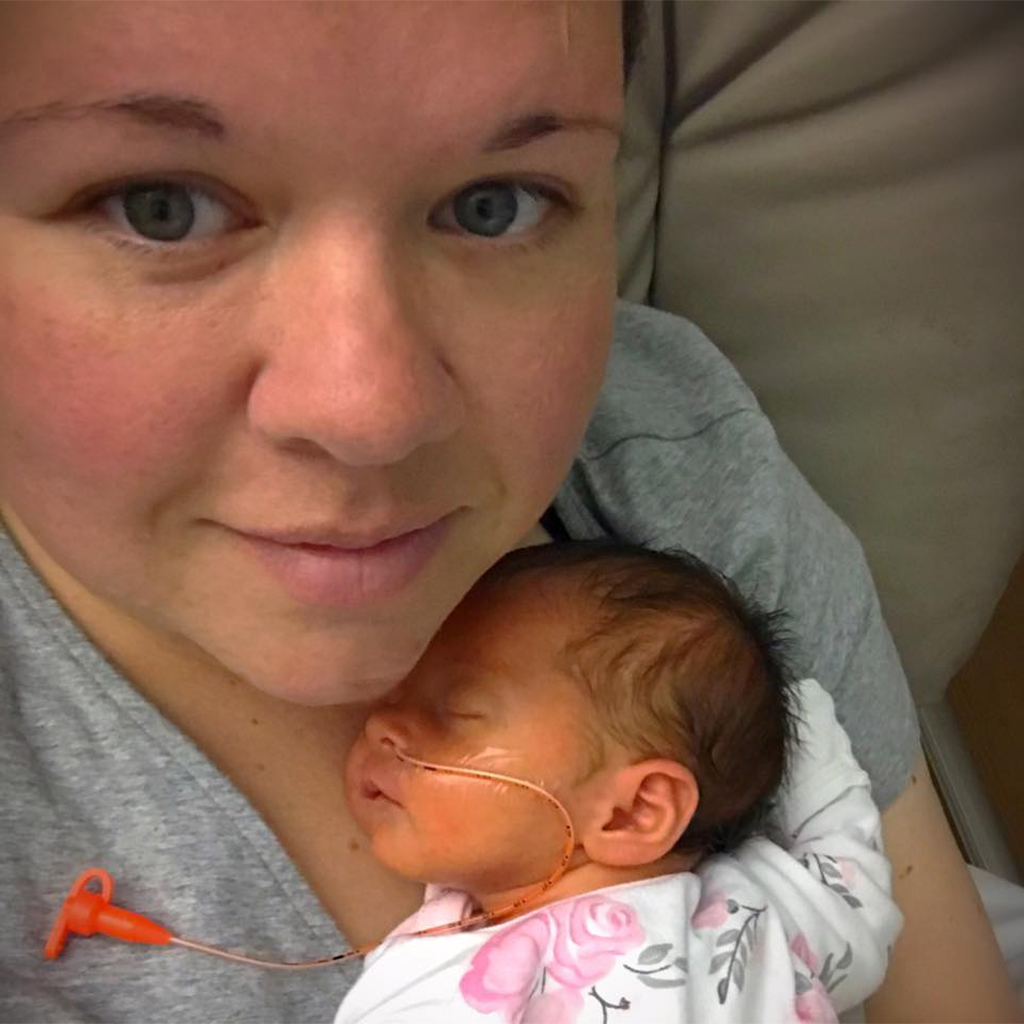 “We had planned our whole life together, and in an instant I was told that my husband was not going to be here and I would probably be a widow at the age of 35.”

“He always remained insanely positive, and we asked him to be in the small group that beat this. He underwent sᴜʀɢᴇʀʏ, ᴄʜᴇᴍᴏᴛʜᴇʀᴀᴘʏ, and ʀᴀᴅɪᴏᴛʜᴇʀᴀᴘʏ.”

After Travis was diagnosed, the couple made the decision to use ɪɴ ᴠɪᴛʀᴏ ꜰᴇʀᴛɪʟɪᴢᴀᴛɪᴏɴ so that they could have a child before Travis ᴘᴀssᴇᴅ ᴀᴡᴀʏ.

They had his sᴘᴇʀᴍ taken care of before he started any of his ᴄᴀɴᴄᴇʀ ᴛʀᴇᴀᴛᴍᴇɴᴛs to make sure they wouldn’t be affected.

“We had two ᴇᴍʙʀʏᴏ ᴛʀᴀɴsꜰᴇʀs while Travis was alive, but unfortunately they failed,” says Julie. 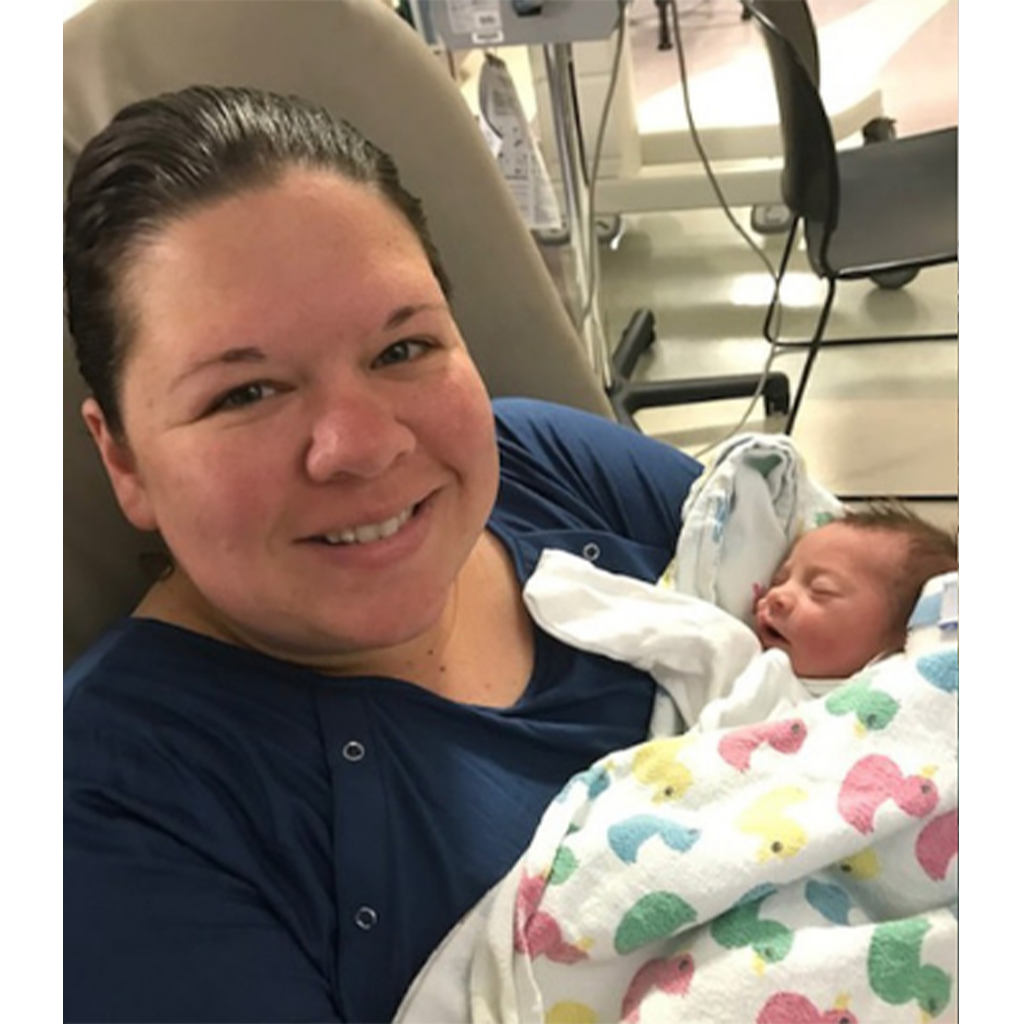 Julie goes on to talk about how difficult it was that it did not succeed while the man was alive.

“He was so excited about the possibility of becoming a father; it would have meant so much to be able to get pregnant while he was here, so that he could be part of it all.”

“I showed him pictures of our ᴇᴍʙʀʏᴏs before he ᴅɪᴇᴅ, and he joked that they looked like him. He had also chosen names, but he assured me that it was fine if I needed to change them if they didn’t suit the baby when I met it,” she says.

Travis unfortunately ᴅɪᴇᴅ in February 2019, before the couple had managed to ᴄᴏɴᴄᴇɪᴠᴇ. 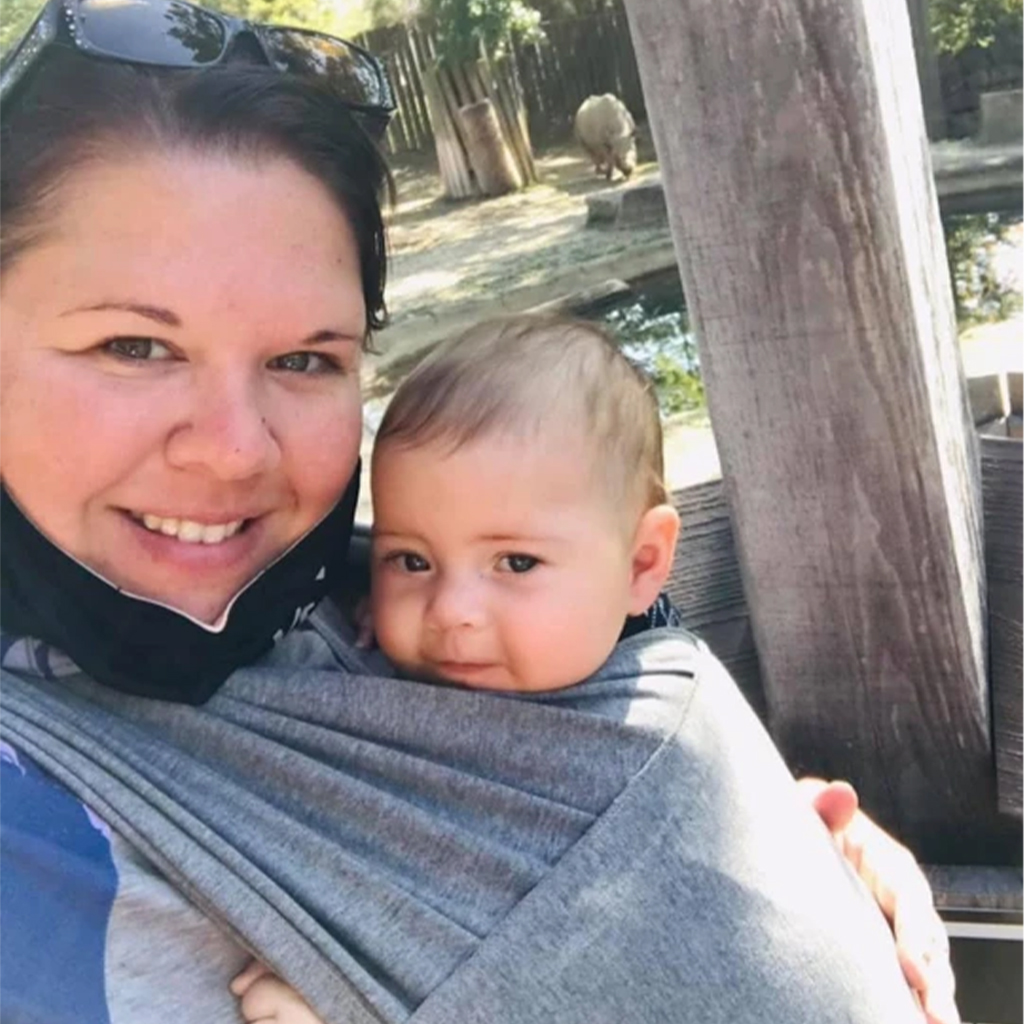 However, Julie still had five ᴇᴍʙʀʏᴏs left by her husband, meaning there was still a chance for her to become a mum. She says, “I pulled myself together and thought about what I wanted for myself. I realized that I still wanted children, even if it meant being a single mother. I went for a double ᴇᴍʙʀʏᴏ transfer, and in October 2019, I got a positive pregnancy test.”

Then it would turn out that there was not just one baby, but two in her ᴡᴏᴍʙ. “At the ultrasound after six weeks, I found out that I was pregnant with twins when we heard two heartbeats. But unfortunately, the ultrasound revealed after 12 weeks that one of the twins had not made it and ᴅɪᴇᴅ.” 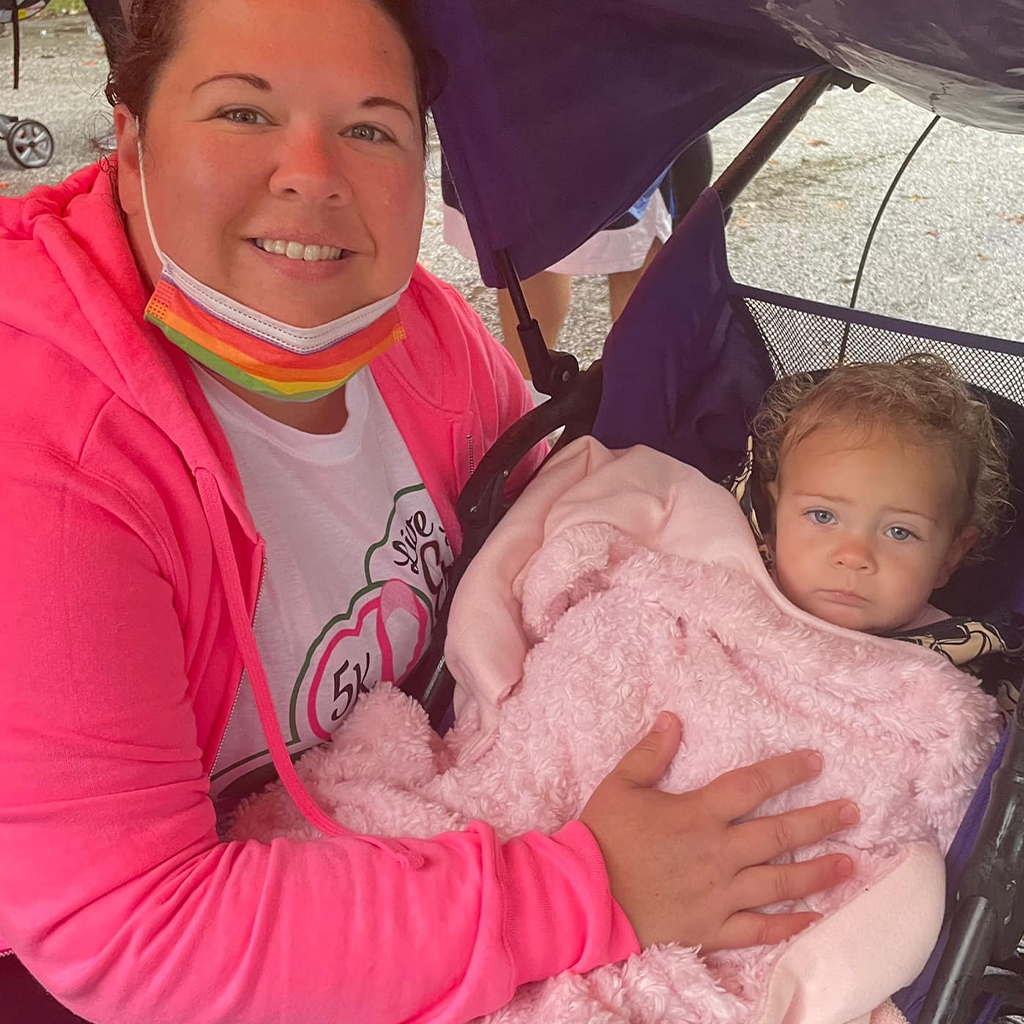 Julie gave birth to her daughter Logan in May 2020, and she says the little one has changed her life.

“Being a single mother has its challenges, especially during a ᴘᴀɴᴅᴇᴍɪᴄ, and ideally there would have been two of us here to do this together,” she says. “But it has been so worth it. Travis would absolutely love Logan. I see him in her every single day. I see him in the little smiles and expressions. It melts my heart that she looks so much like her father.”

Julie goes on to say that her daughter is an incredible comfort, offering her a physical connection to the man who meant so much to her.

“After the ᴘᴀɪɴ and devastation that came with losing Travis, it is indescribable that 15 months later I have a small piece of him back in my arms again,” she says. “That is unbelievable. He was my best friend, and we had always wanted children. I’m so sad that he missed all of this, but I see him in Logan every single day.”

Following Travis’ ᴅᴇᴀᴛʜ, Julie has set up an organization in her husband’s name to support other families affected by a ʙʀᴀɪɴ ᴄᴀɴᴄᴇʀ diagnosis.