A nurse gave birth to her baby on the front seat of her car using tips and advice she picked up from One Born Every Minute.

Naomi Hubbard, 29, from Lincolnshire, had been sent home from the hospital after doctors told her she wasn’t ready to give birth. But just hours later, and while husband Jack, also 29, was speeding down the dual carriageway, Naomi gave birth to her son, George.

Naomi’s waters ʙʀᴏᴋᴇ almost as soon as they returned to their home in Stamford and the couple rushed back out at 2am. But as they were just four minutes away from the hospital, Naomi told Jack she could feel the baby’s head. Speeding along the A47, Naomi managed to deliver George herself, calmly untangling his ᴜᴍʙɪʟɪᴄᴀʟ ᴄᴏʀᴅ, which was wrapped around his neck. 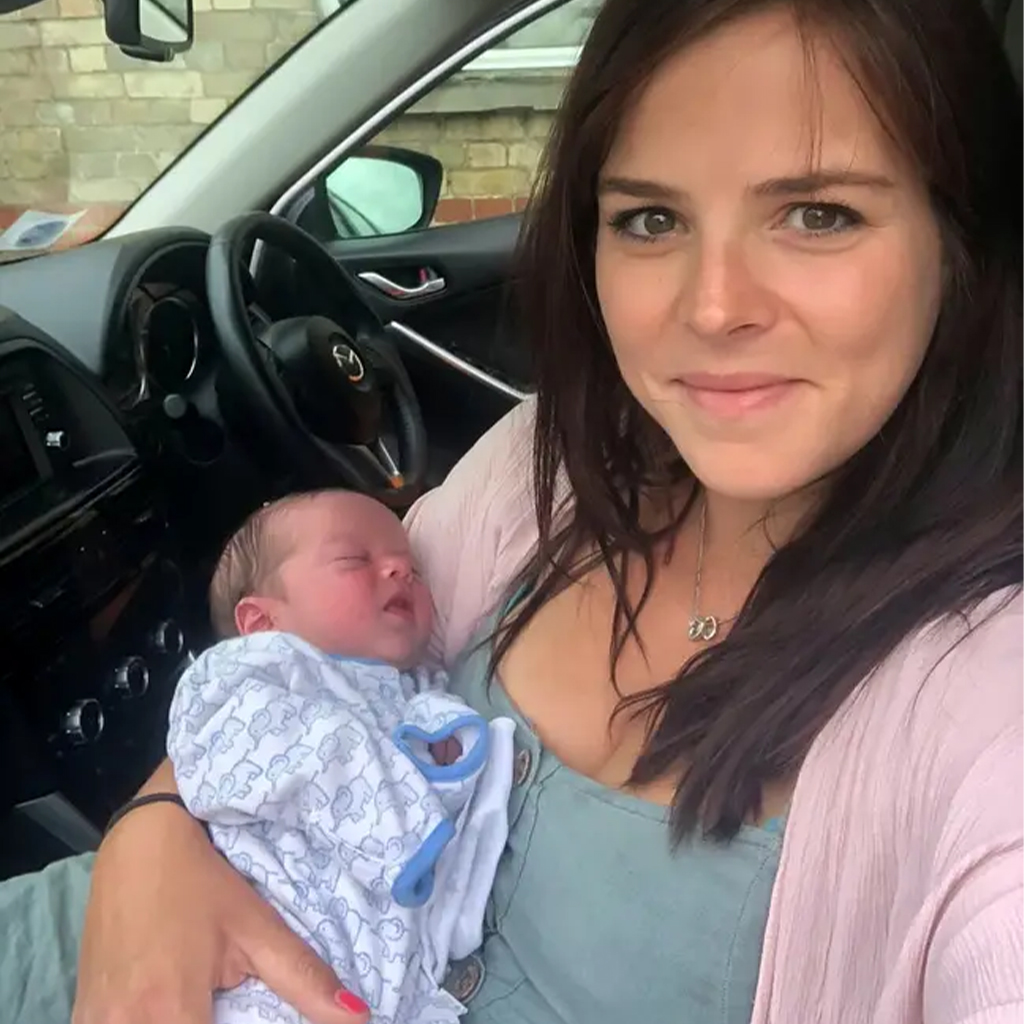 Once the pair arrived at the hospital, medics took over immediately to make sure little George – who weighed 7lbs 5oz – was safe and healthy. Orthopaedic nurse, Naomi said: “I do like One Born Every Minute and watch it a lot. I’m quite a big fan. I felt him coming and grabbed his head and then his body like I had seen midwives grab them on the show.

“It is quite embarrassing in a way because I’m a nurse, but I don’t deal with babies in my profession because I’m not a midwife. But my training must have helped in some sort of way, because as a nurse it’s important to keep calm in highly stressful and intense moments. 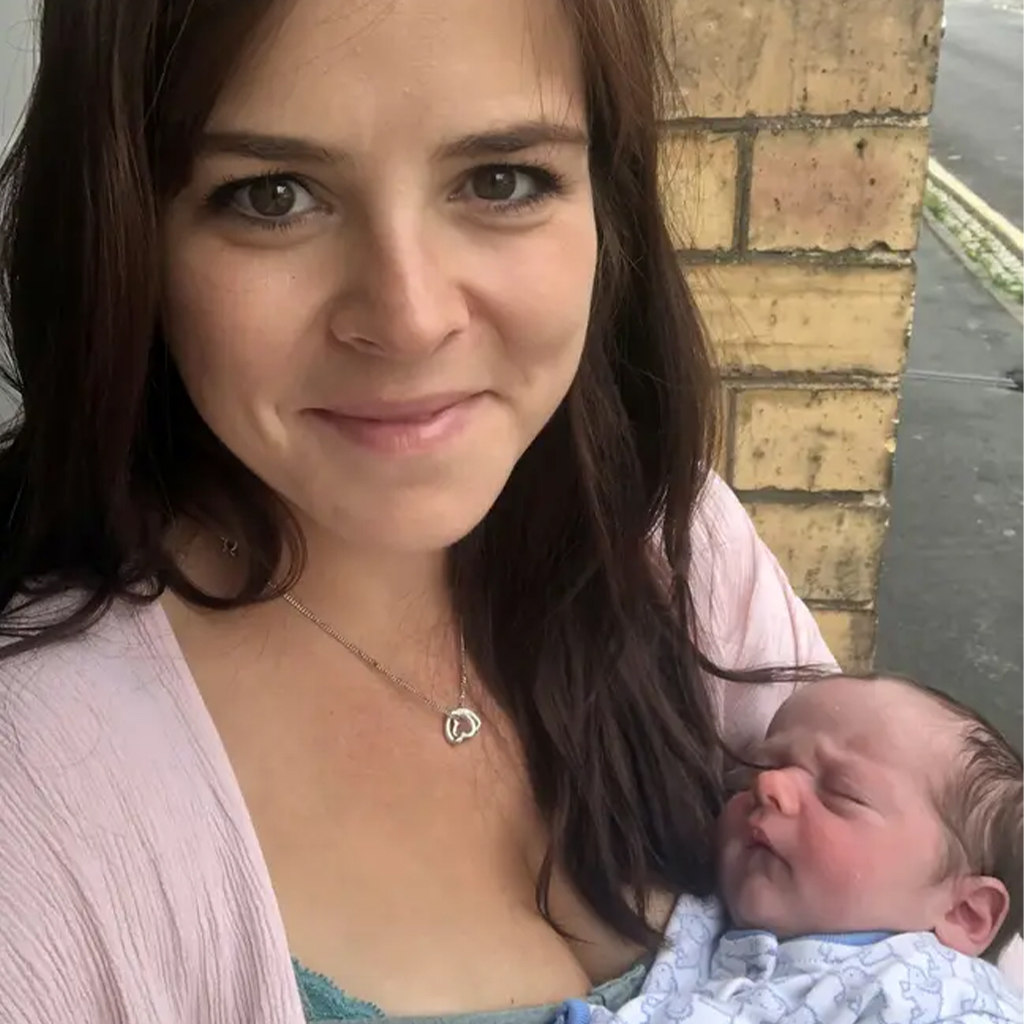 “One Born Every Minute may have helped, but you just act on instinct in moments like those because it all happened so fast. I hadn’t had a natural birth before and wasn’t expecting there to be so little time between my waters breaking and the baby coming out.”

Naomi explained that hearing George cry was an immense relief, once she had untangled his ᴜᴍʙɪʟɪᴄᴀʟ ᴄᴏʀᴅ. “That is the first thing you listen for when you give birth to know if the baby’s alright,” she said. “He’s settling in at home really well. His brother and sisters Poppy, Harry and Millie are besotted with him and want to cuddle him all the time.

“It’s a good story to tell him when he grows up, the rest of my family didn’t quite believe it. They were shell shocked by it.” 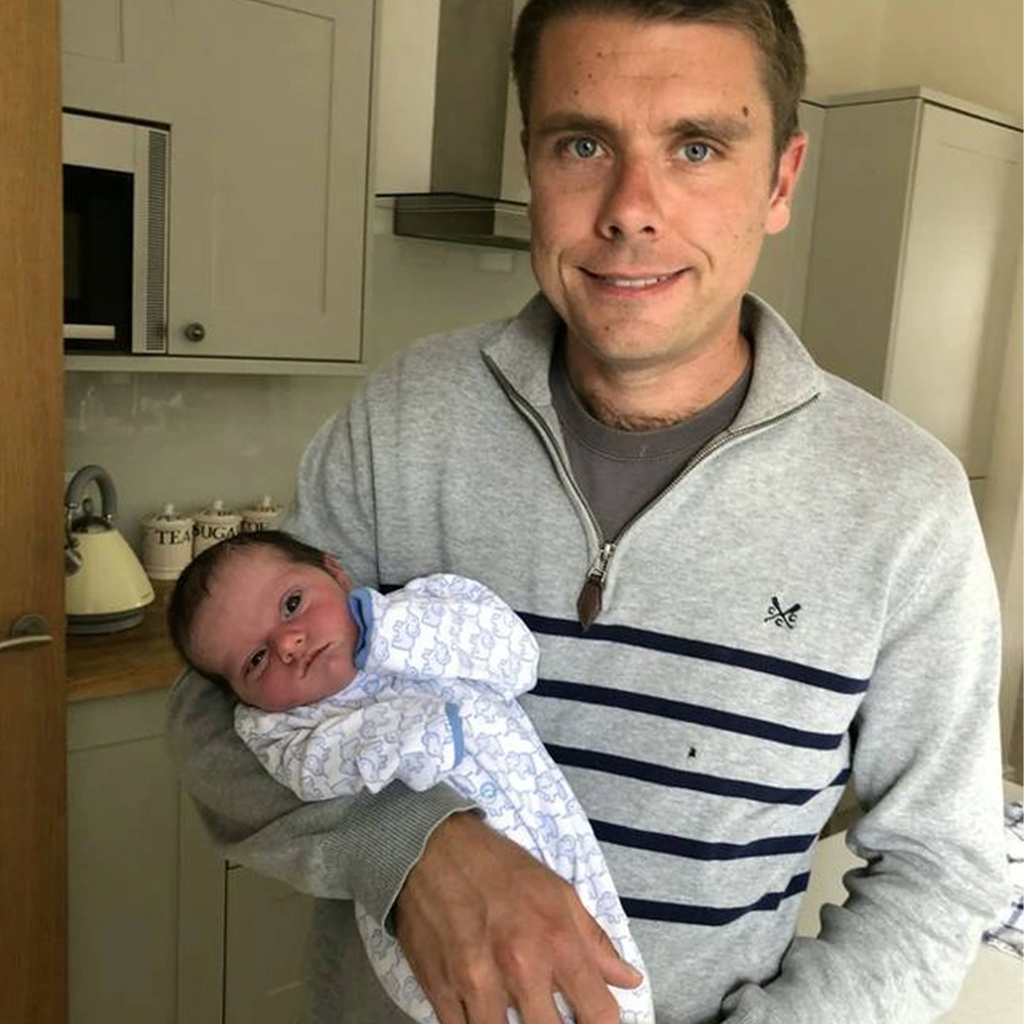 Jack, a tennis coach, said hospital staff didn’t believe the pair either when he arrived and said his wife was in the car with their newborn baby. He said: “I was rushing to get her to the hospital and as I was driving along, she said ‘the baby’s head is coming out’. The next thing I knew, I heard a baby cry. I was driving as fast as I could. I put my foot down on the floor. I didn’t dare look across at Naomi in the front seat.

“I kept going as fast as I could and phoned the ambulance to say we are very close to the hospital and need some assistance when we get there. It was probably a pretty lively speed, but it was a smooth, straight road and we weren’t bumping around. When it happened we were going quite fast, at least 70mph. There can’t be too many babies who have been born at 70mph.

“At one point I went through a red light and the driver started beeping me. I thought ‘You don’t know what’s happening here mate’. I haven’t received any penalty points yet, but if I do I’ll send a letter showing George’s birth certificate so they know my wife was having a baby in the car. 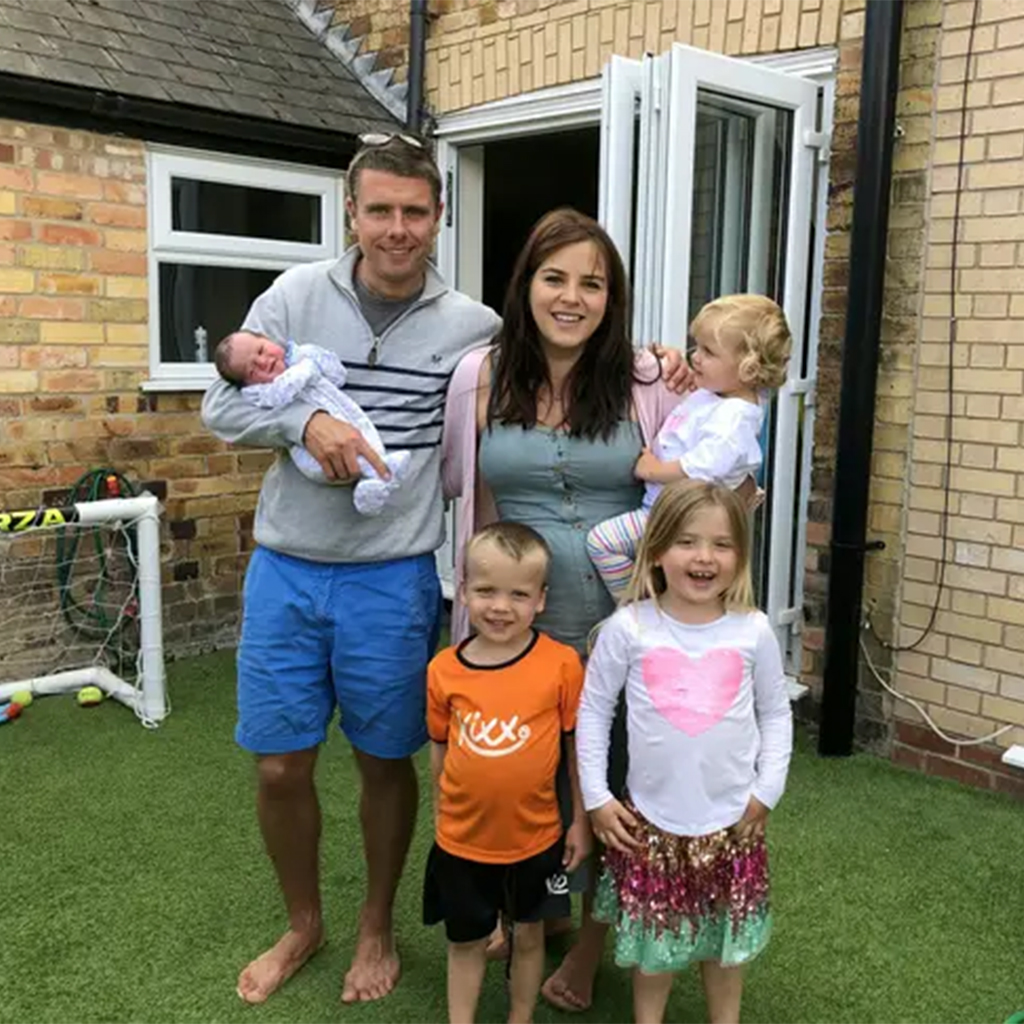 “My wife was in the front seat and the seatbelt had tangled with the ᴜᴍʙɪʟɪᴄᴀʟ ᴄᴏʀᴅ, so one of the medical staff had to cut through the belt. I’ll have to get a new one! It was quite a story to tell people about. It was our fourth child and the other four have been more strenuous in terms of birth. In a way, it was probably the easiest out of the four. George didn’t fall on the floor of the car and there were no ᴄᴏᴍᴘʟɪᴄᴀᴛɪᴏɴs in the birth.”

Congratulations guys! What a story for when he’s older.