After 130 days in the hospital’s intensive care unit, Taylor Davis was released with her two daughters, who were born weighing less than half a kilogram, after a pregnancy of just 22 weeks, 3 days apart.

The Mail Online reported that mother Taylor Davis, 27, gave birth to Avery and Emerson Gray Davis on October 29 and November 1, respectively, after she went into preterm labor after just 22 weeks of pregnancy. 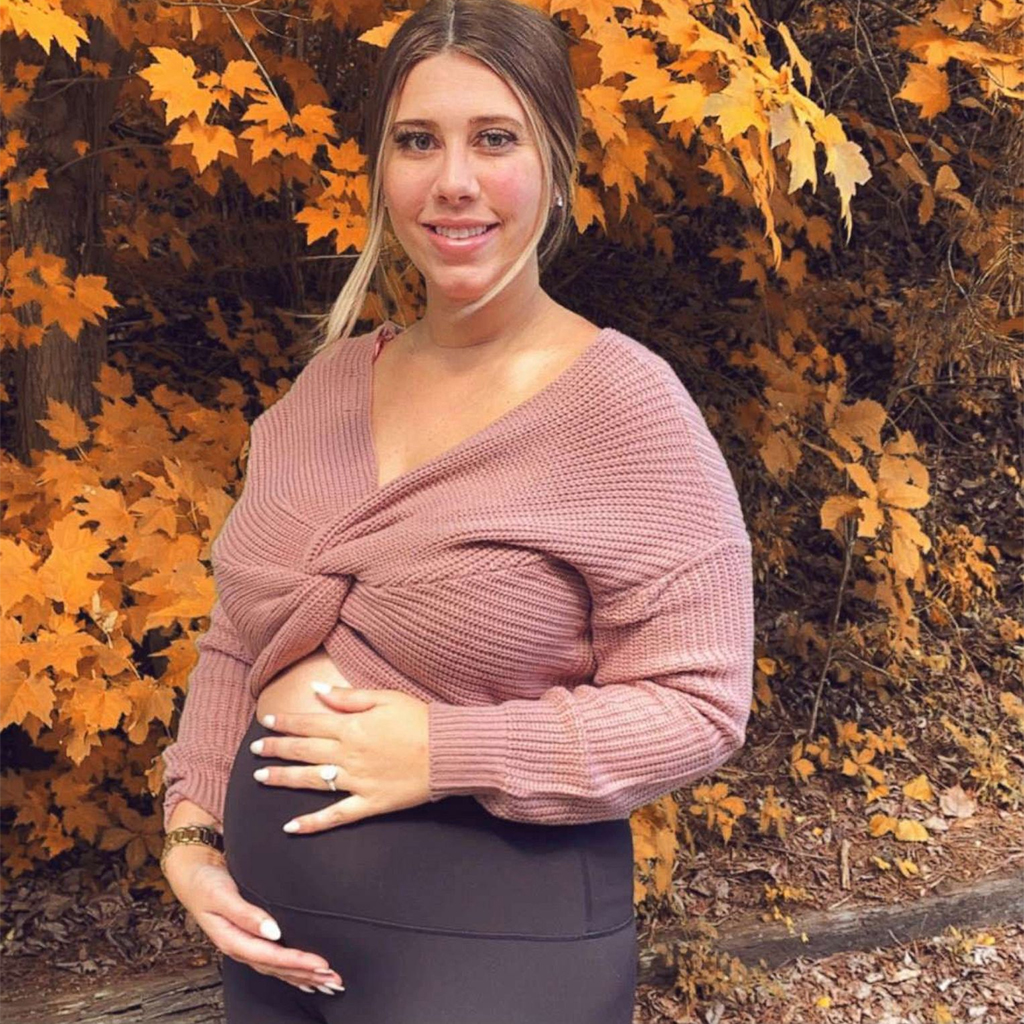 The labor was sʜᴏᴄᴋɪɴɢ to the pregnant Davis, who realized that her twins would not write life for them, and told the doctors at Golisano Hospital in Florida to do everything in their power to save them. But after more than 4 months in the neonatal intensive care unit, the twins overcame their health problems, their weight was normal, and they were discharged last week and went home. 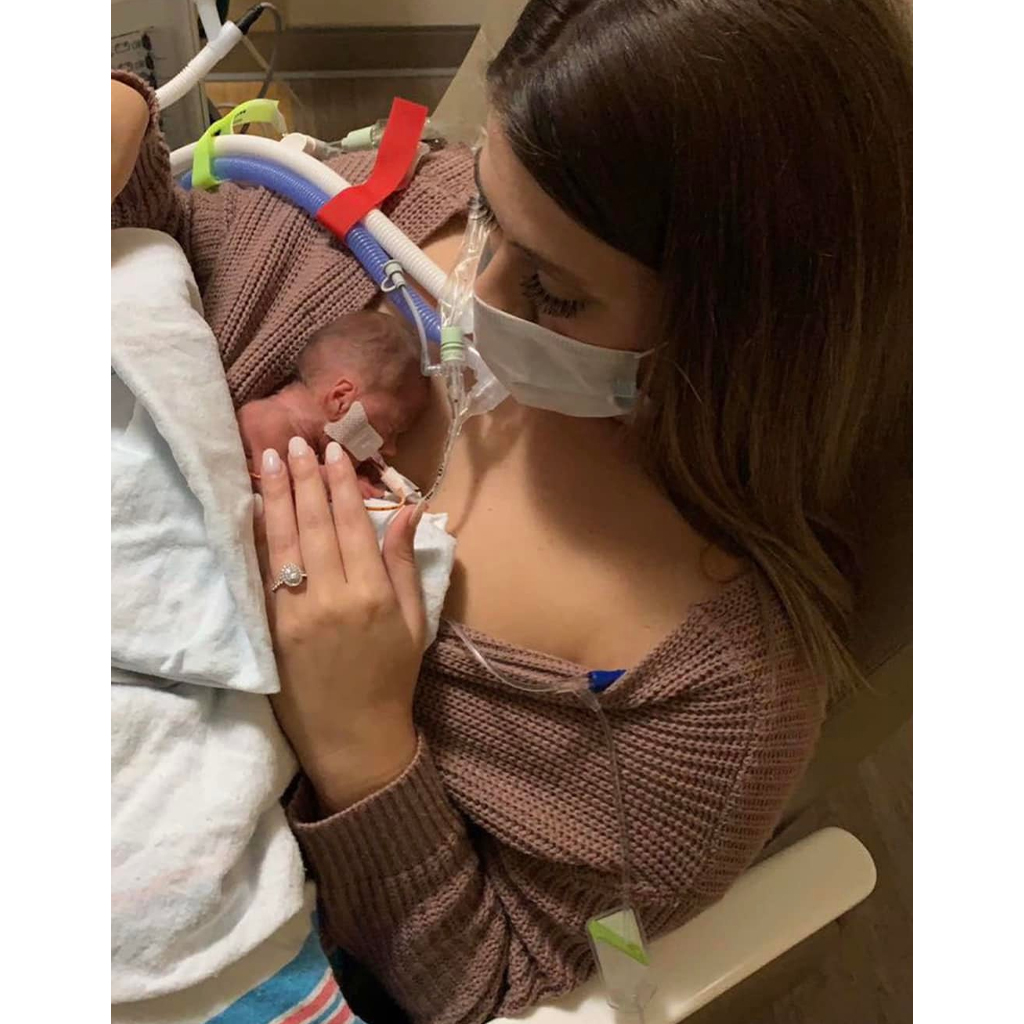 The mother said that she was very lucky that her twins survived because when she went to the hospital she was 21 weeks and 3 days pregnant, and the doctors said that their chances of survival were very limited, but she did not accept that. The original date of birth was the first of March, but the mother was worried when the doctor told her that she had health problems, which could mean an increased ʀɪsᴋ of premature birth. 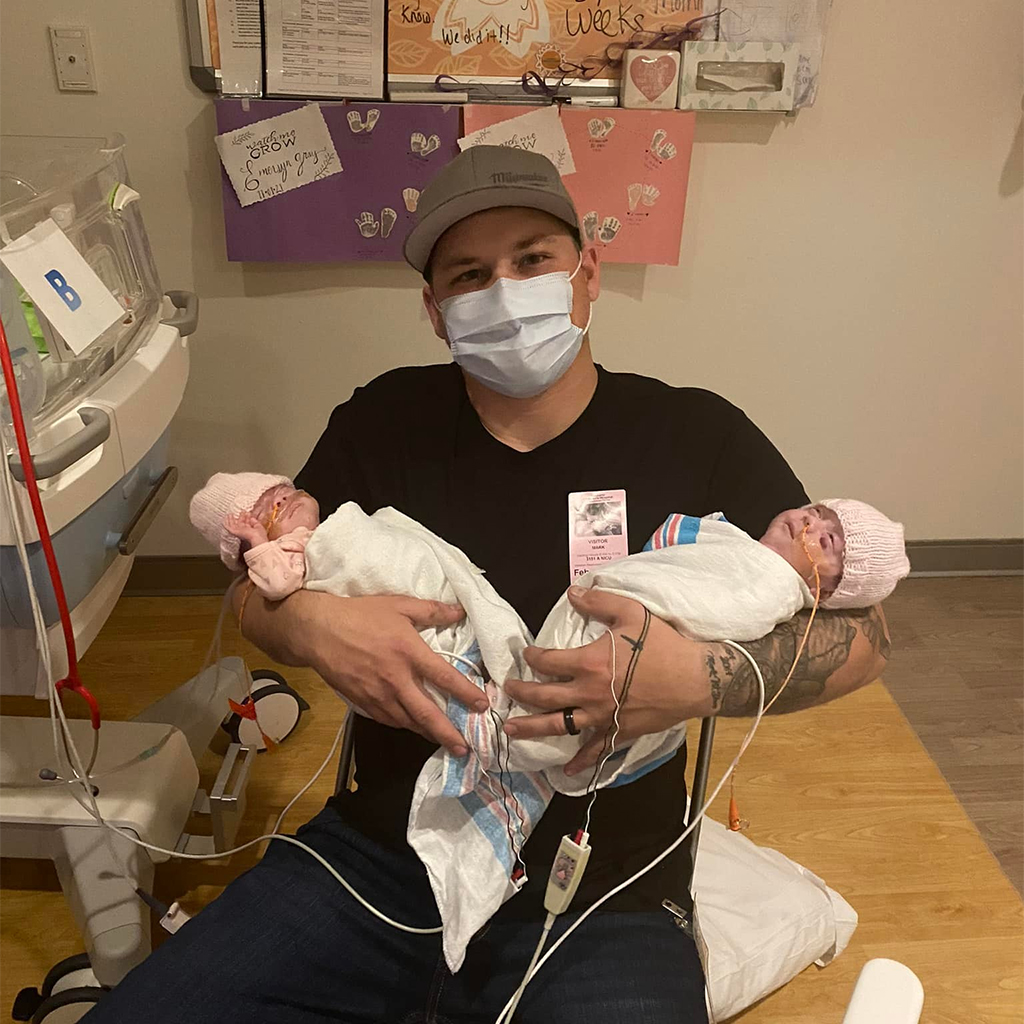 To avoid this, her doctor asked her to stay in the hospital for 19 weeks, but when she was getting ready to go, labor surprised her. When she entered the emergency room, her newborn Avery was already about to be discharged, to the dismay of doctors, who said that babies born prematurely had serious health problems if they were born alive. But Davis and her husband, Mark, pleaded with doctors to do everything possible to save the children. 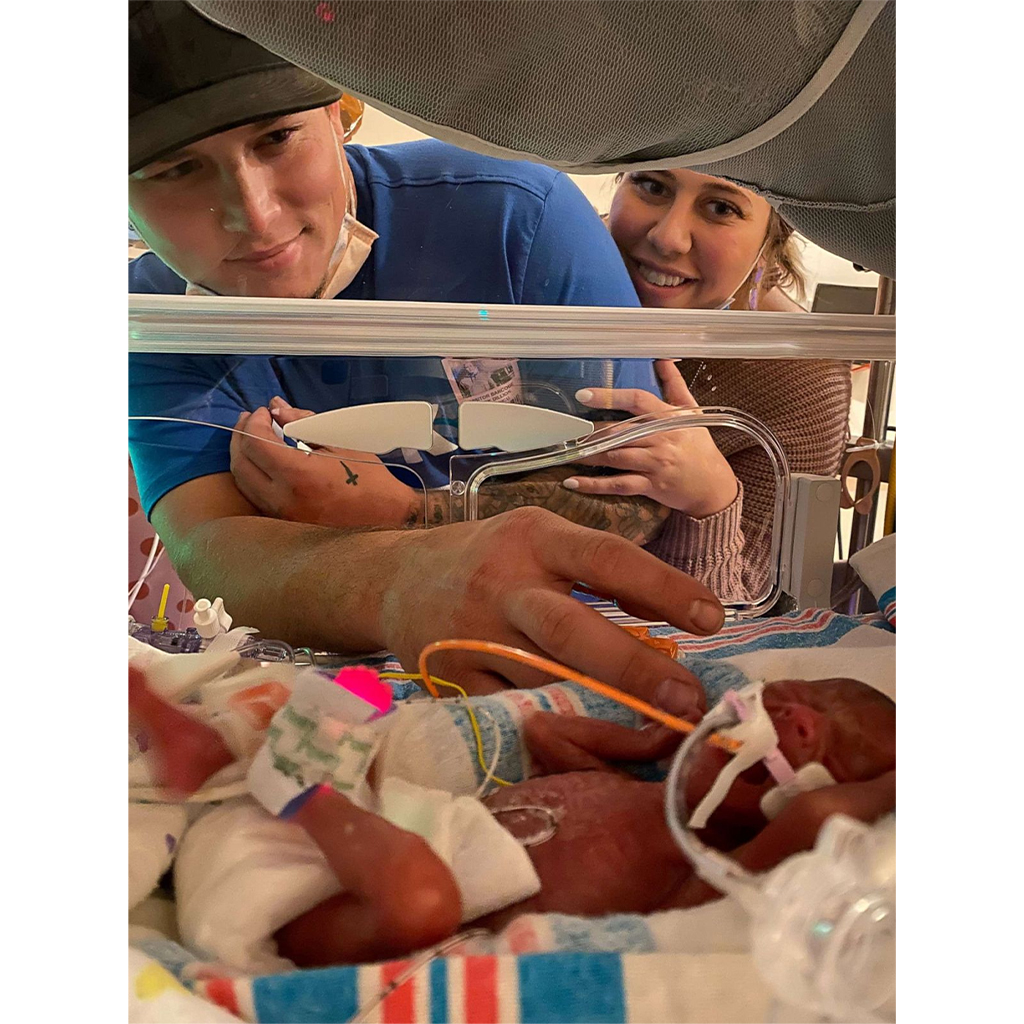 After Avery gave birth early, doctors made her lie backwards for a week to delay labour, and it worked, and three days later she gave birth to her second twin, Emerson. Both girls were born weighing less than half a kilogram and spent more than 4 months in the neonatal intensive care unit. 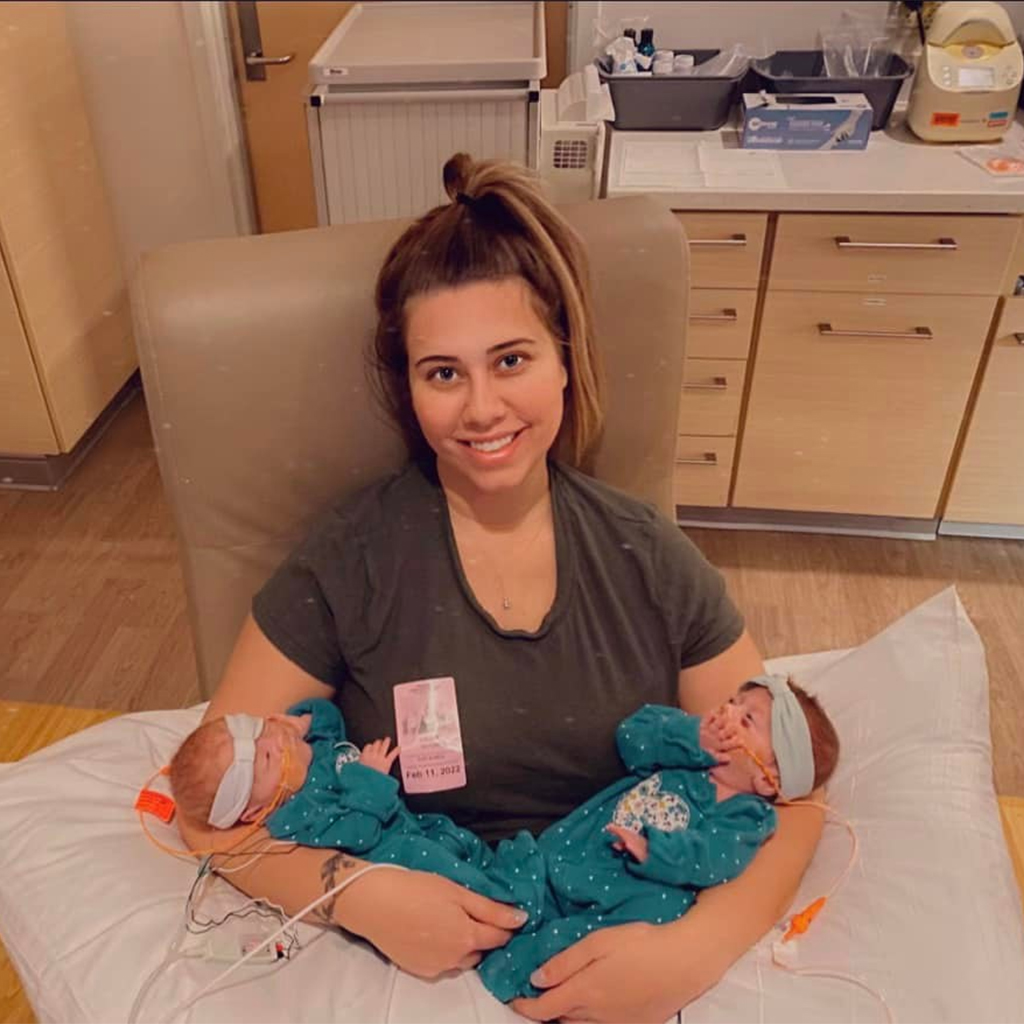 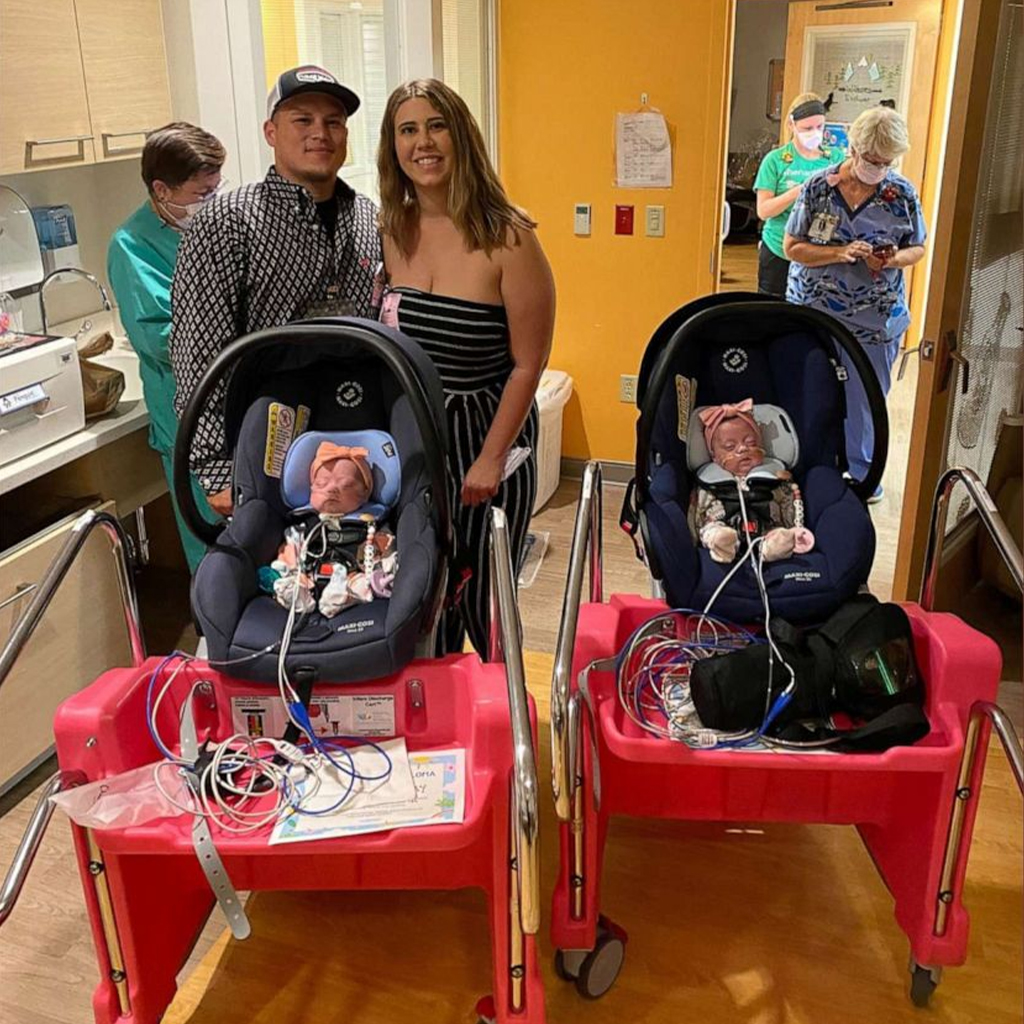 She explained that the previous period made her have a “special relationship” with her two daughters, after she had done everything she could to ensure their life. Finally, the two girls and their mother were discharged from hospital after 137 and 134 days in the intensive care nursery, joining 3 older siblings at home.