Impossible to comb! It is a mutation in the PADI3 gene and it is said that about 100 people around the world have it. We tell you why it occurs.

Have you ever heard of uncombable hair syndrome? This is an actual genetic condition, resulting in shiny, curly hair that sticks out in all directions. What is it really about? Below, we explain.

It has been concluded that the famous scientist Albert Einstein had this syndrome, which gave him his unruly hair. However, this idea was never put to the test because he was always characterized as scruffy, and his hair did not look that way when he was young.

However, this actual genetic condition, known as Uncombable Hair Syndrome (UHS), results in silvery or straw-blonde hair that cannot be styled and is very easily damaged. The result is shiny, curly hair that sticks out in all directions. 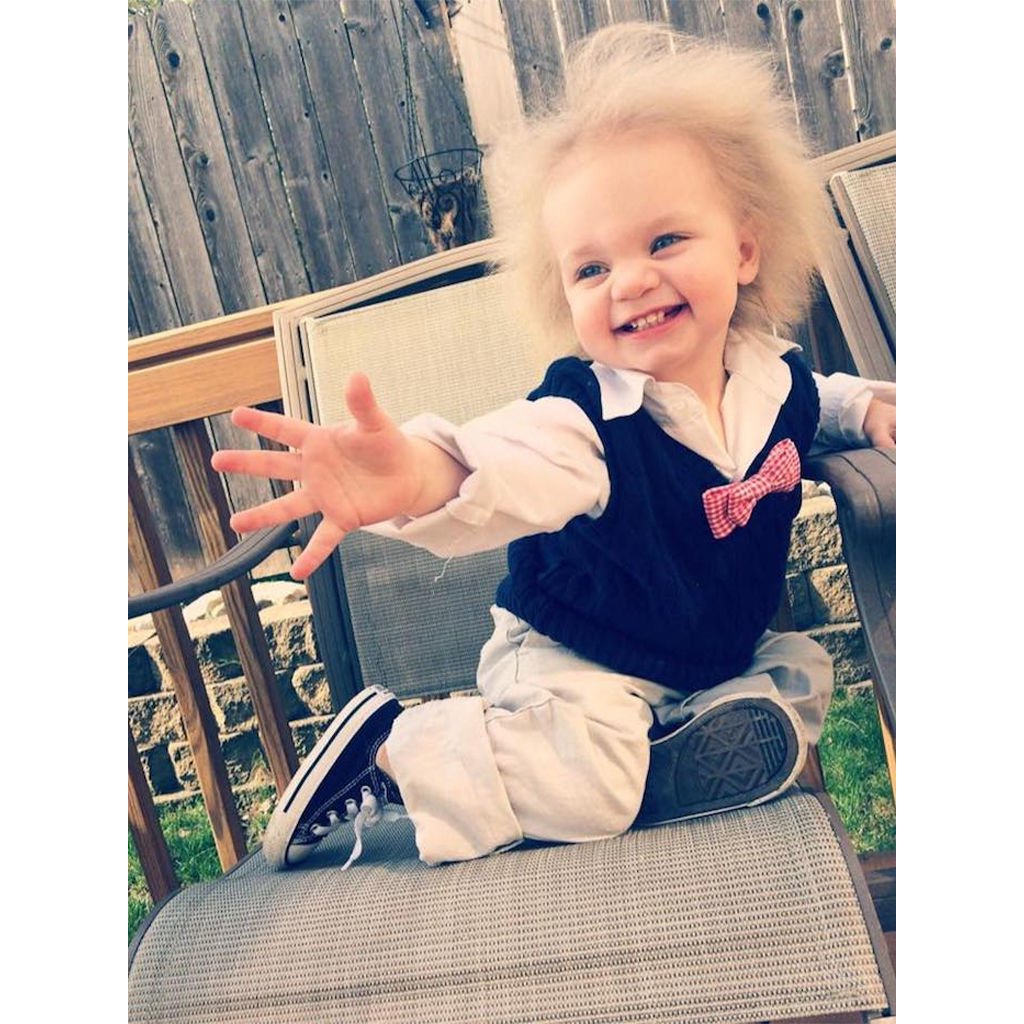 Scientific studies have revealed that about 100 people worldwide have this syndrome, so they have a look or type of hairstyle similar to that of a scientific genius. One of these people is a beautiful 18-month-old baby who lives in Chicago. Her name is Taylor McGowan, and without a doubt, she is one of the cutest things you will see today.

His mother created a Facebook page called Baby Einstein 2.0, with which, in addition to getting followers, she has been in charge of spreading the UHS to a wide audience, especially to fight against the harassment and ridicule that these people normally suffer.

This little baby has a rare genetic mutation known as PADI3, which corresponds to one of three genes, including TCHH and TGM3, widely associated with UHS. These genes are responsible for encoding the enzymes that allow the formation of this type of hair.

Now, when these genes mutate, the hair shaft does not tend to develop normally. Approximately half of the people with this syndrome have furrows all over the place and of various lengths.

These particular characteristics produced by the gene mutation are capable of turning any baby’s hair into a type of “Afro-white,” but with a hair structure very different from the coiled locks that achieve the texture of African hair. 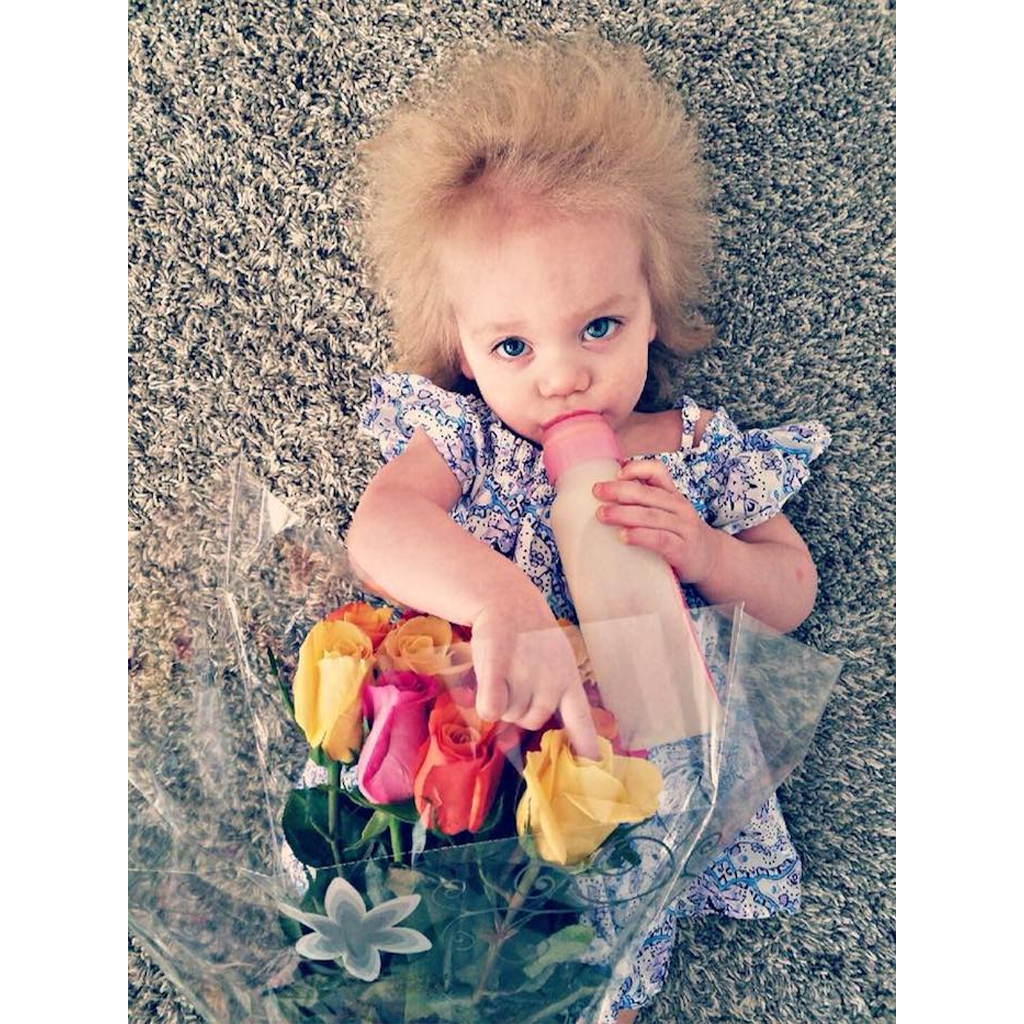 Her parents noticed the difference in little Taylor’s hair when she was between 4 and 6 months old. This became her distinctive mark, and her acquaintances began to call her “The Hair” (the hair).

One day when she went to the doctor, one of the nurses told her mother that her hard, curly hair would soon fall out, but that did not happen. Some time later, Taylor’s grandmother found pictures of other children with UHS on the Internet.

Her mom explained: “At first we laughed so hard because we thought there was no way our little girl would have this very, very rare condition that affects only 100 people worldwide, but we were really wrong.” 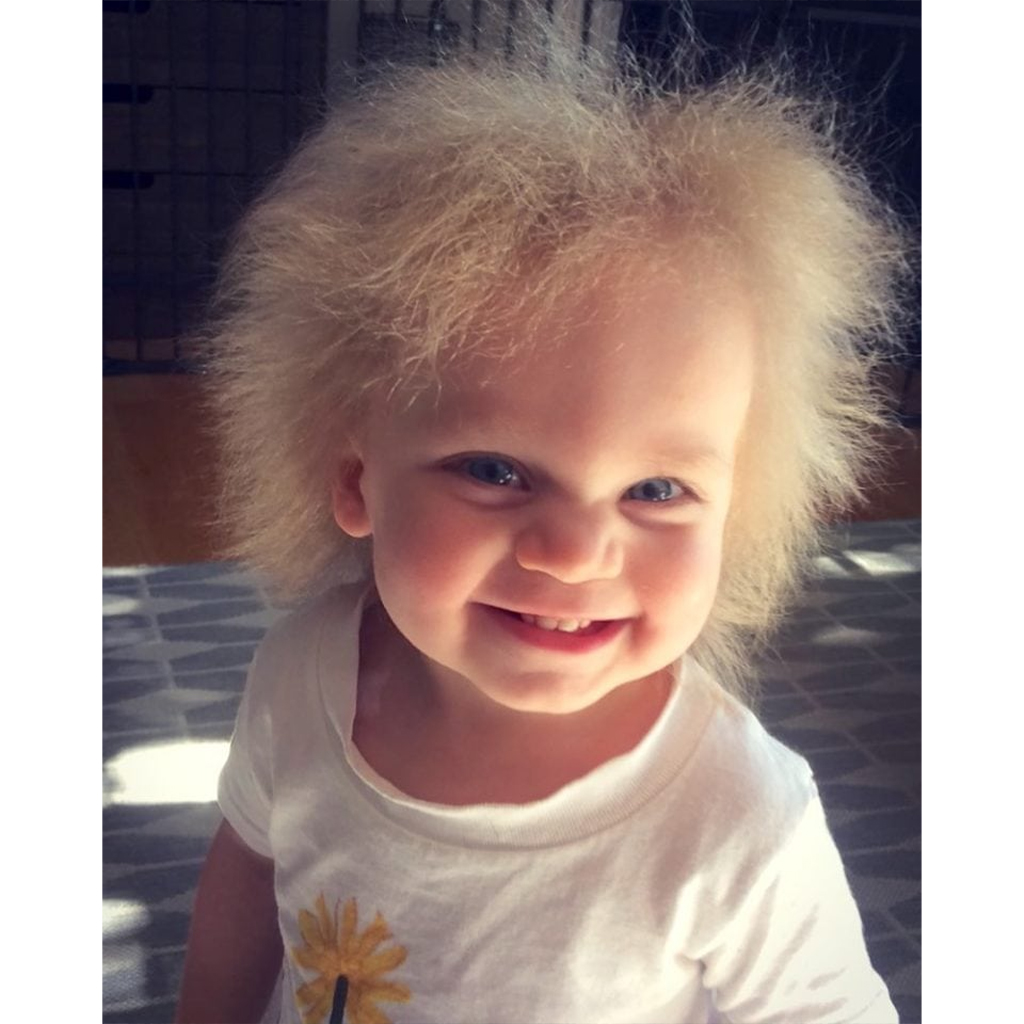 The McGowans contacted a well-known German scientist, Regina Betz. She received the blood samples to see if the family already had this mutation. It was concluded that the PADI3 gene was present, thus confirming UHS in little Taylor.

This condition can be recessive in some carriers, but children who inherit two copies of these gene mutations from each parent develop the condition.

“When I found out about the rarity of this condition, I told my husband that we were meant to be together to bring to life a human being as unique and genuine as our little baby girl,” Cara McGowan, Taylor’s mom, told Love What Matters.

After getting over a period of sadness, Taylor’s parents brought out their greatest protective instincts and said, “No one is going to make fun of our little girl,” and for this reason they created Baby Einstein 2.0.

Parents want to spread the message that everyone accepts diversity and is willing to love it just the way it is. Also, the significance of recognizing bullying and putting an end to it “Being different is okay; being different is acceptable, and you have to celebrate it.”