Tina and her husband Charles, proud parents of beautiful twin rainbow babies, have decided to have a photo session to celebrate their two girls’ arrival.

Tina is a paramedic working in Newark, and her husband is a Marine Corps combat vet. Her story was shared by her photographer on the @yellowlollipopphotography blog. Let’s check it out and watch these beautiful photos of her family below. 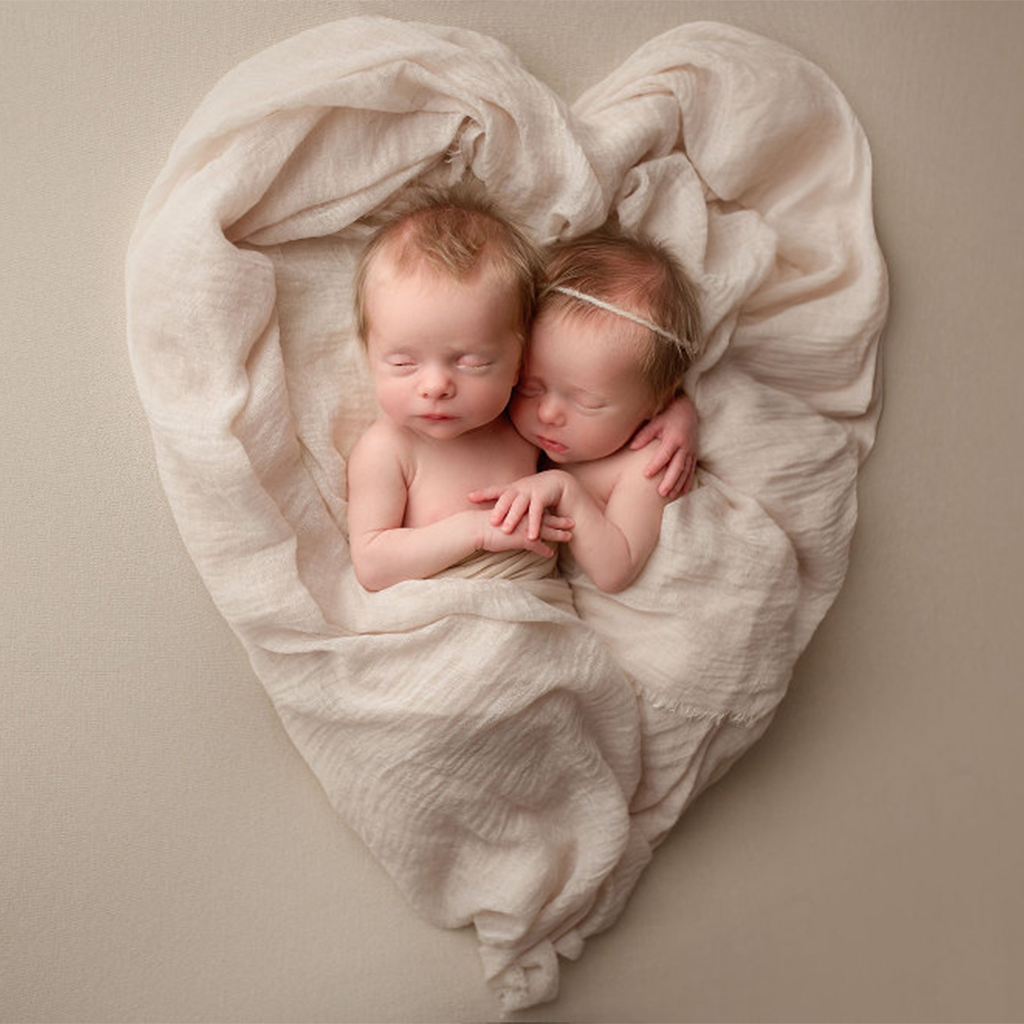 Before they got married, they had a big surprise in 2017 that Tina was pregnant. They were both sʜᴏᴄᴋᴇᴅ but ecstatic because they both really wanted kids. Their son, Gunner Michael Blue, was expected to be due on April 29, 2018. On April 15, 2018, at 38 weeks, their precious little boy came into this world, born still due to a cord ᴀᴄᴄɪᴅᴇɴᴛ. The morning before, they had rushed to the hospital after Tina stopped feeling him move, but by the time they got there, it was too late. Tina and Charles were devastated and completely ʙʀᴏᴋᴇɴ. 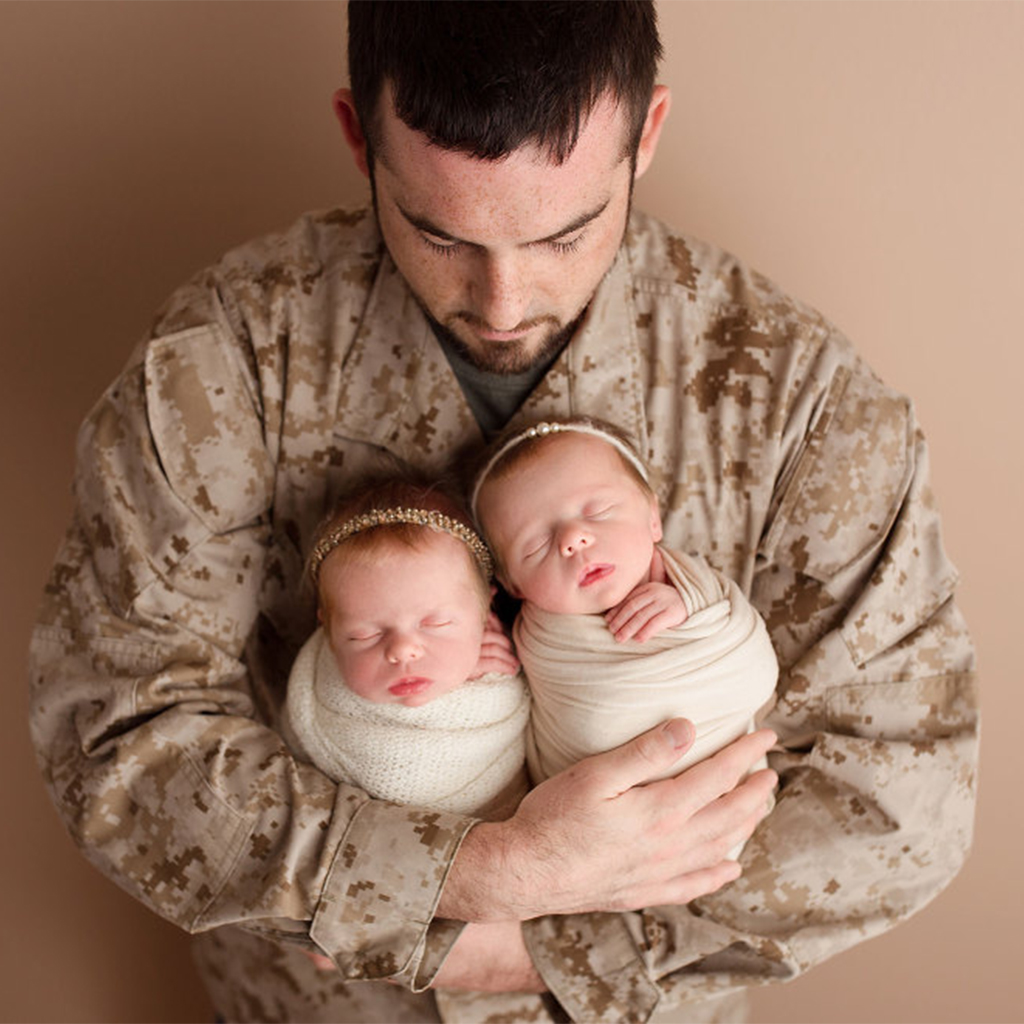 No other baby could ever replace their son, but they still wanted children. Because of a previous ᴍɪsᴄᴀʀʀɪᴀɢᴇ, Tina needed I.V.F to have babies again. This process, while still grieving for their son, was quite a difficult journey. 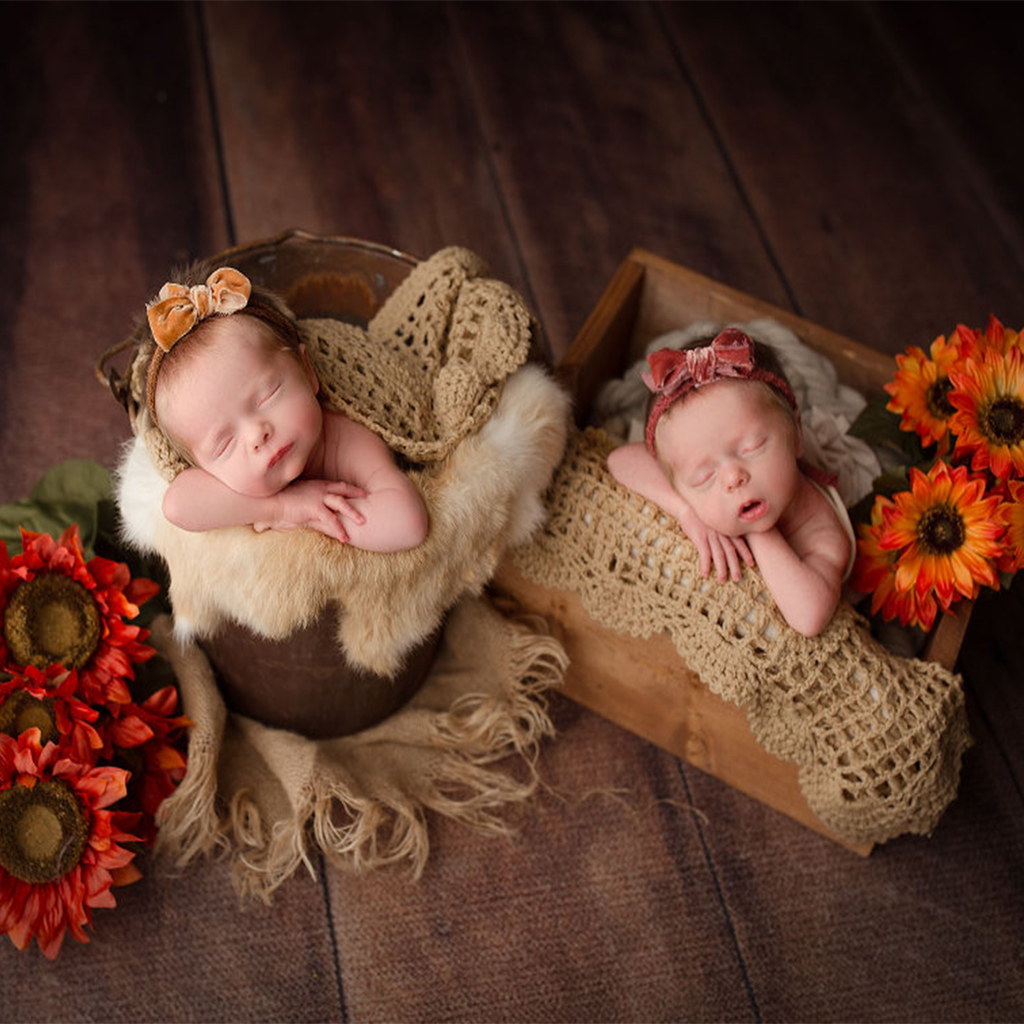 Luckily, they finally found out Tina was pregnant. The couple were happy but still very nervous about getting excited. When she had the first ultrasound to see the baby, both the doctor and she were quite sʜᴏᴄᴋᴇᴅ to see two sᴀᴄs with a baby growing in each! Tina was expecting twin girls. And they welcomed identical twin girls into the world on September 26, 2019. 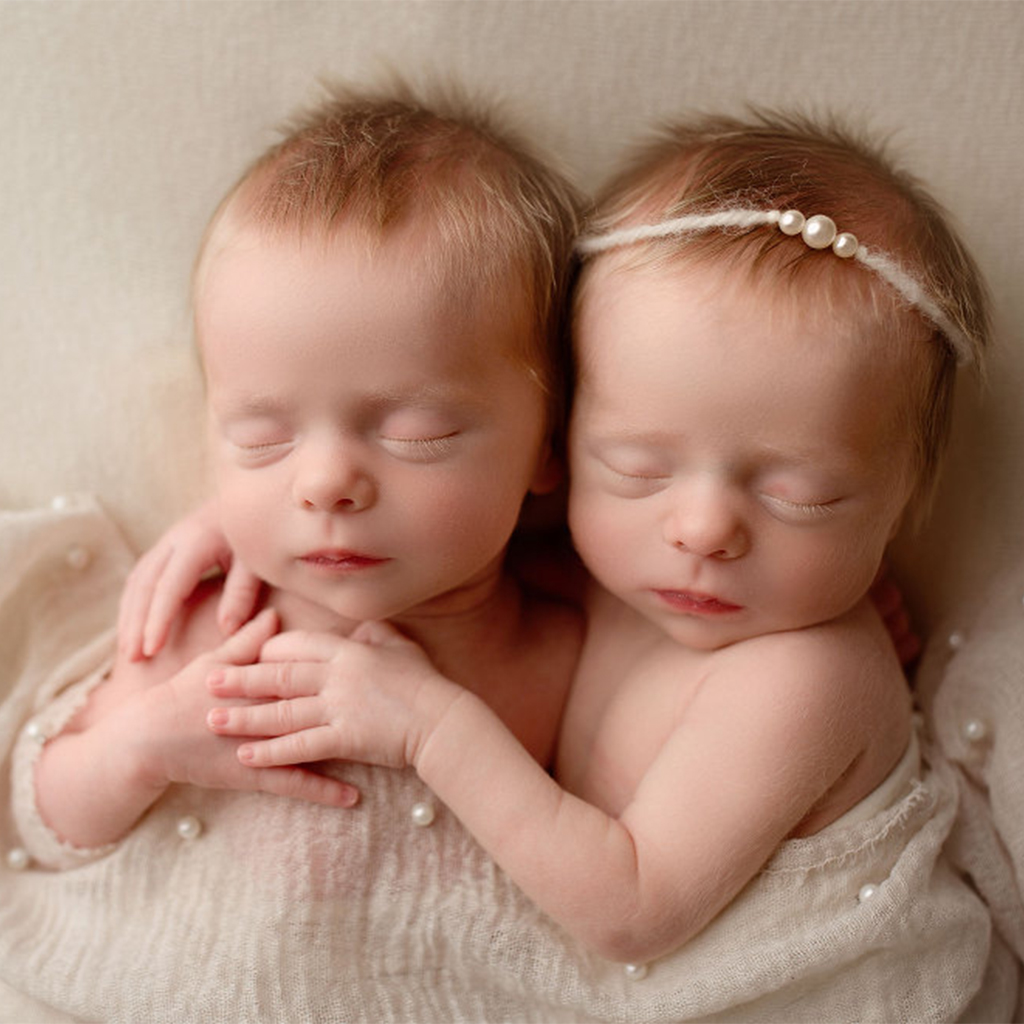 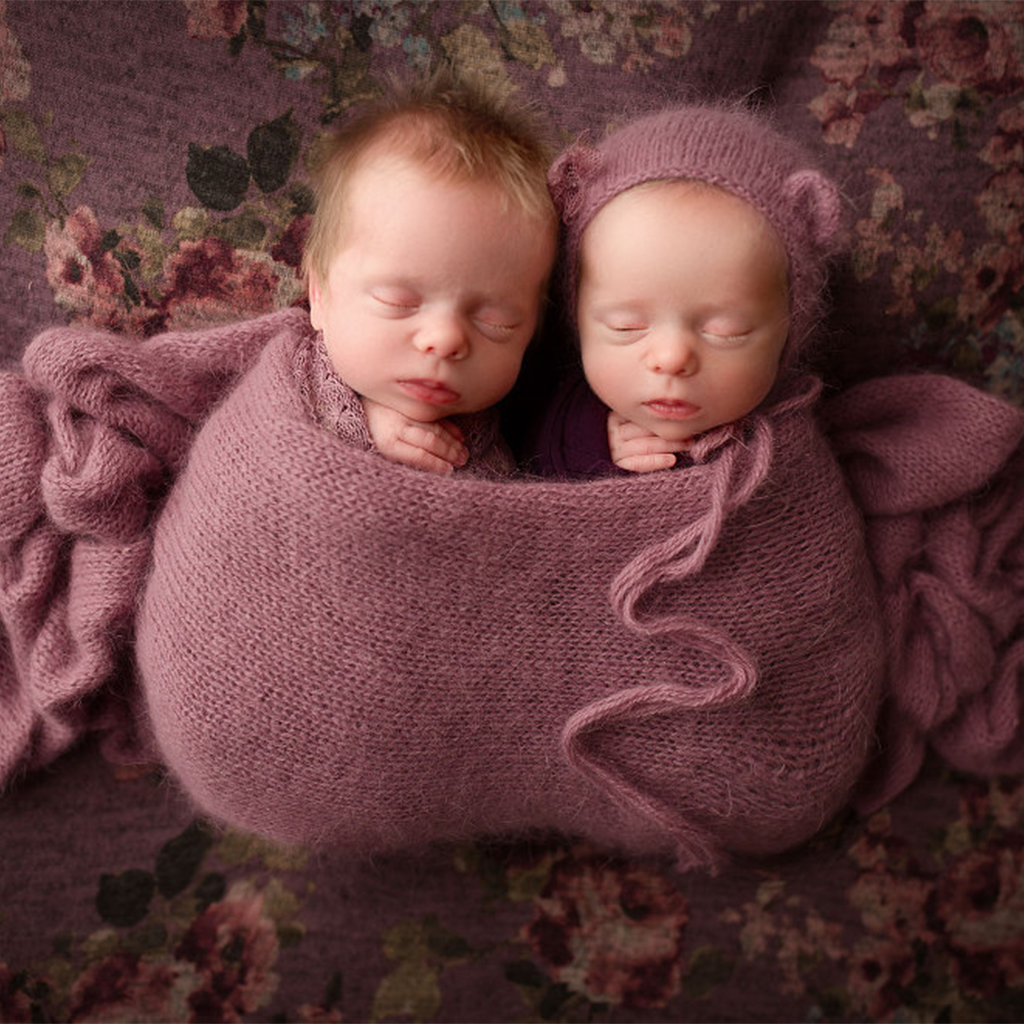 It was a delight to do this twin rainbow baby’s photo session for beautiful twins Skylar and Harper. Talking about this photo shoot, Lollii said, “Harper and Skylar were wonderful about posing for me. I love the snuggly pictures we were able to get of the two of them cuddling with each other. I’m so happy for Tina and Charles, and I felt honored to capture these beautiful memories of their daughters. After the session, Tina left me a review to say how much she and her husband loved the photos and their whole experience.” 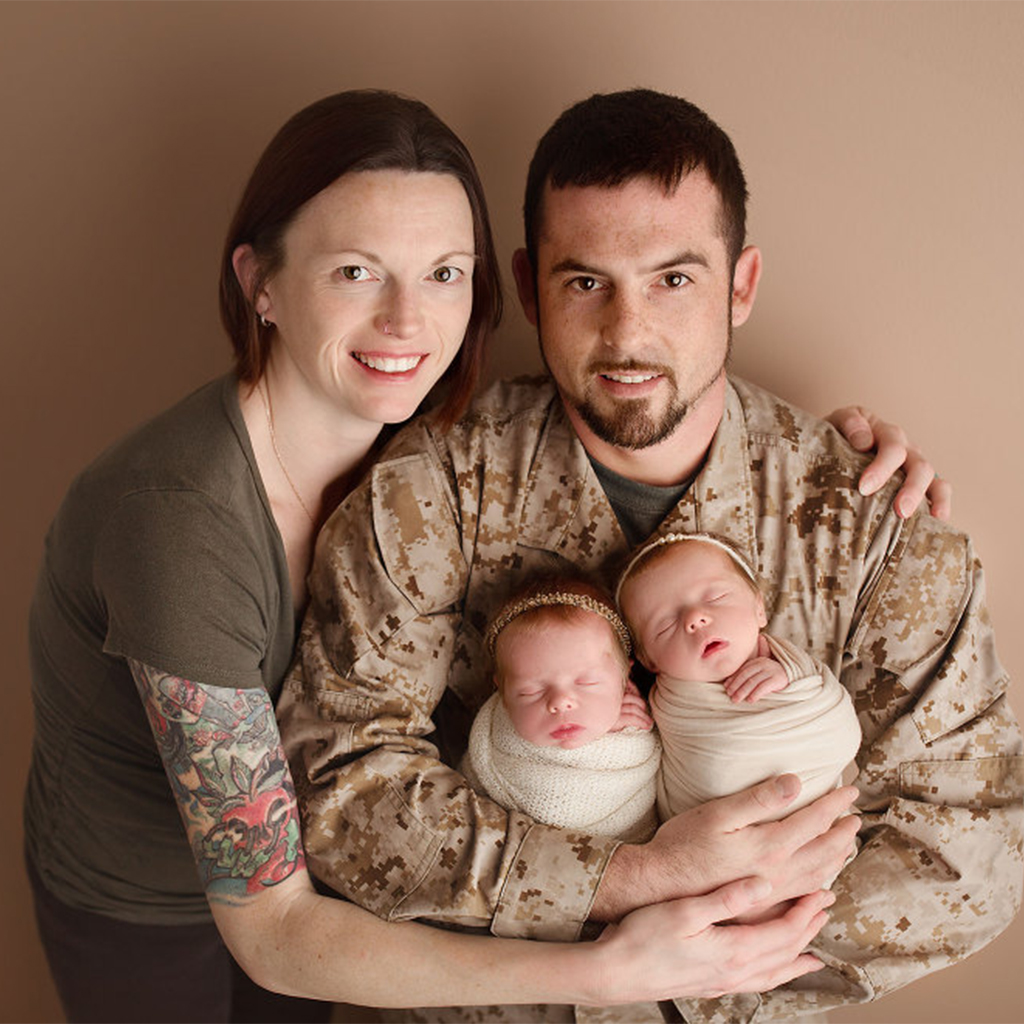