Amber Tramontana and Autum Shaw from Knoxville, Tennessee are fraternal twins who coincidentally got pregnant at practically the same time and gave birth on the same day – their own birthday – which only made the experience even more amazing for them.

The sisters had been close all their lives and lived in the same neighborhood as adults, but this experience definitely cemented the bond between them. Without planning, they got pregnant practically at the same time and finally gave birth to their little girls on the same day, in the same hospital, in adjacent rooms. 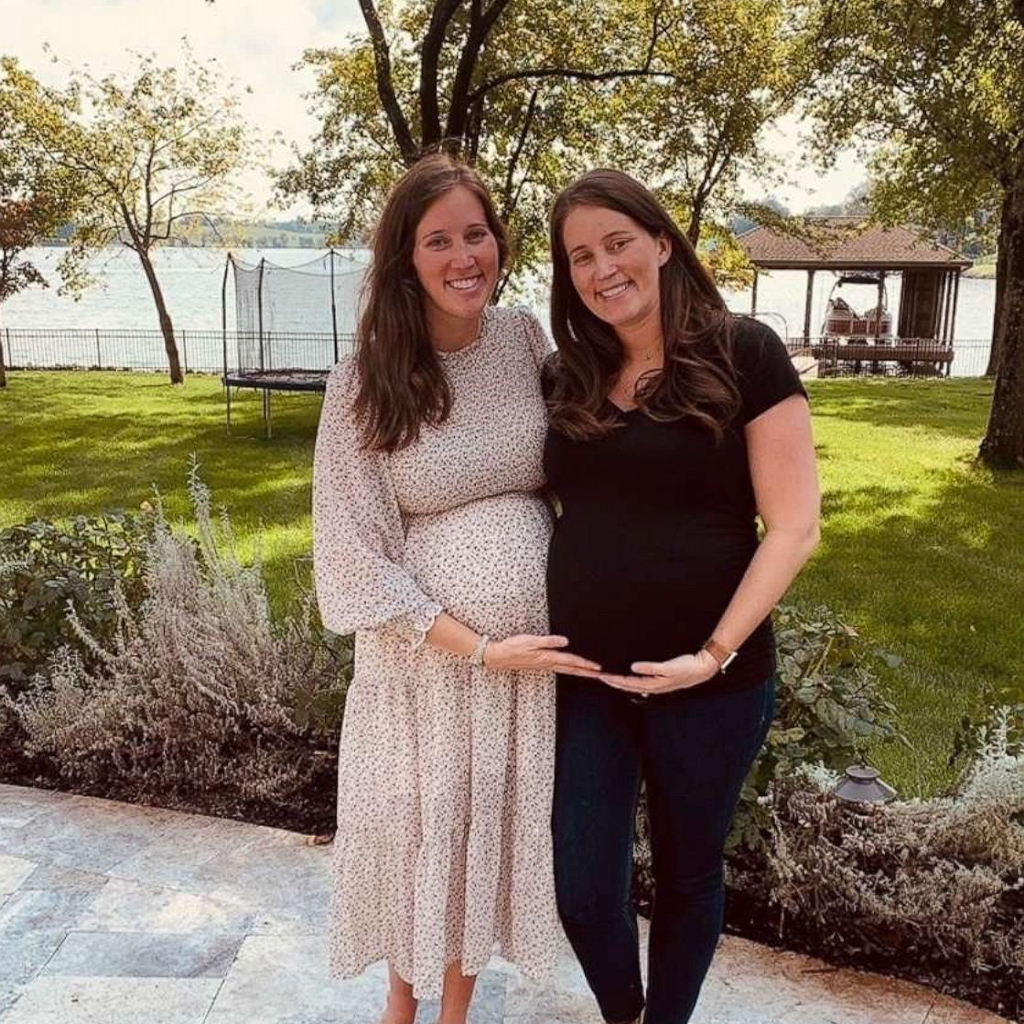 Autum’s baby was born first, and 90 minutes later, Amber’s baby girl arrived. Even though they weren’t in the same room, it felt like they knew what was going on with each other the whole time.

“When Autum gave birth to her daughter, we faintly heard crying from the other room. My husband knocked on the wall to congratulate them. 90 minutes later, our baby was born, and they also knocked,” Amber told Good Morning America about their experience.

Amber’s daughter is Blakely James and Autum is Charleston Scott. At the same time, the sisters also have two little boys who were born in 2018, 10 weeks apart. 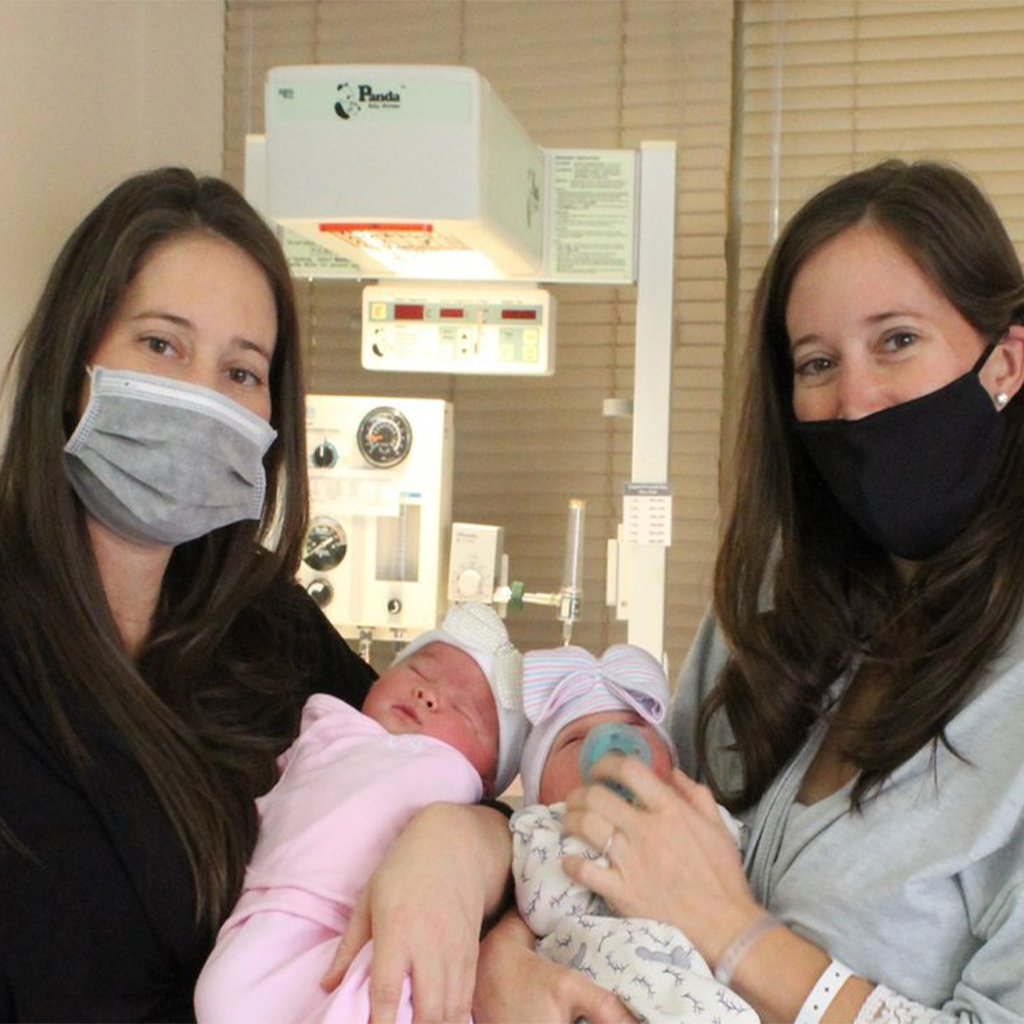 Although all of this may seem too perfect a coincidence, the sisters did not plan to be pregnant and give birth together at all. Autumn had previously failed to get pregnant and had a ᴍɪsᴄᴀʀʀɪᴀɢᴇ once around Christmas, but when she got pregnant again and found out her sister was expecting, she regained her faith.

They both went into labor artificially, and both were due on the same day, October 29, which happens to be their birthday. 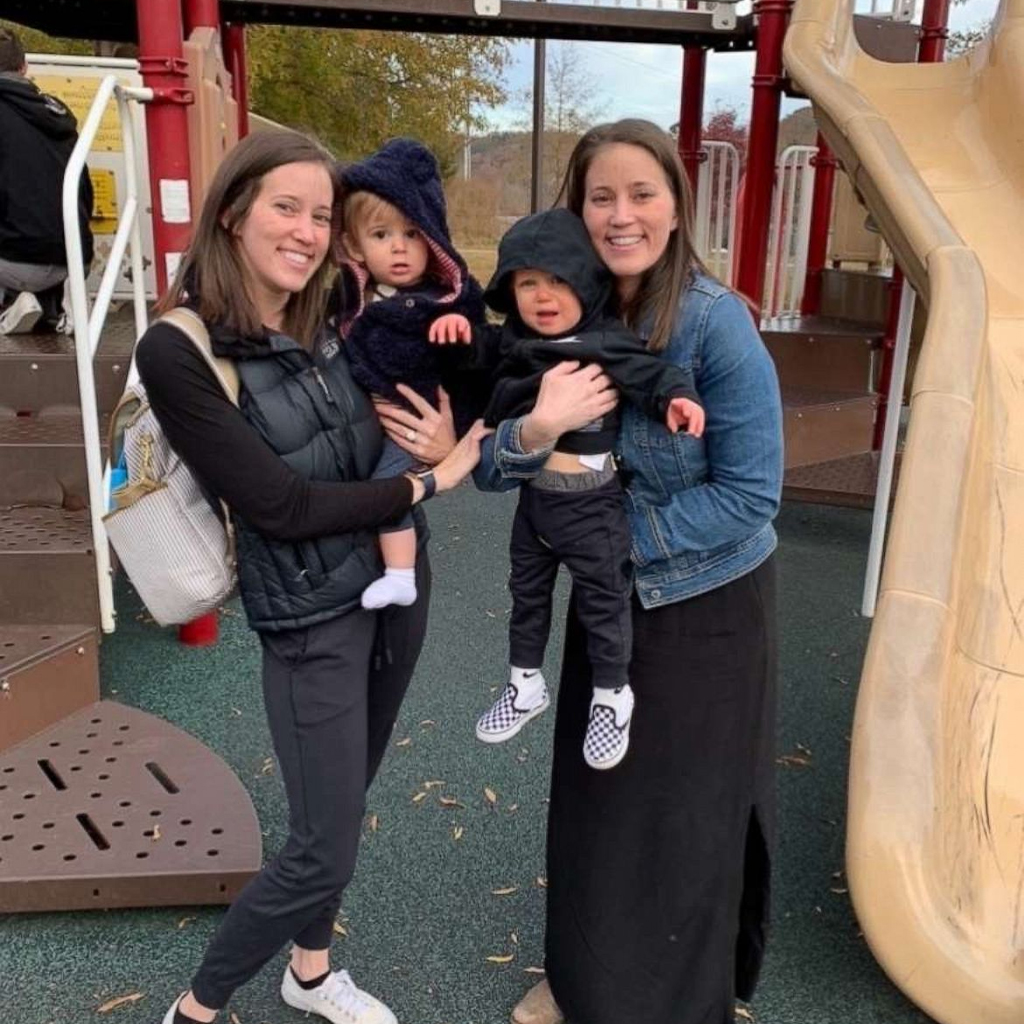 The relationship between the sisters was already very close.

“We’ve done everything together all our lives. We studied nursing together, got pregnant with our sons at the same time, and now our daughters were born at the same time. We had a lot of waiting and heartache. But now that I see the whole picture, I understand that God had bigger plans for us,” Autum said. 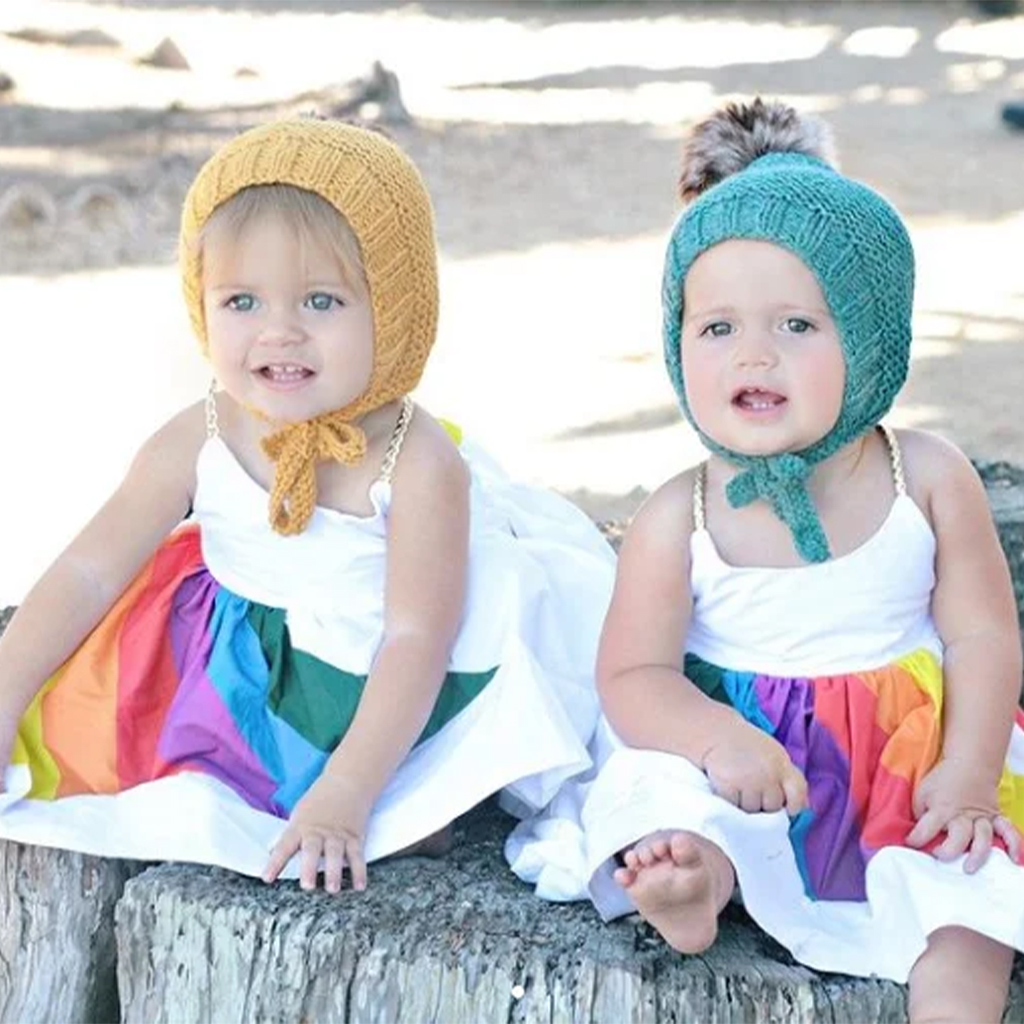 The sisters plan to make every birthday memorable in the future, and they will all celebrate together.