When a tweet shared a post of what appeared to be a grown man posing for a maternity shoot, we had to admit we were impressed.

With the caption “Pregnant wife refused the photo shoot, so the husband did it, because he already paid for it”, it would have piqued anyone’s interest. 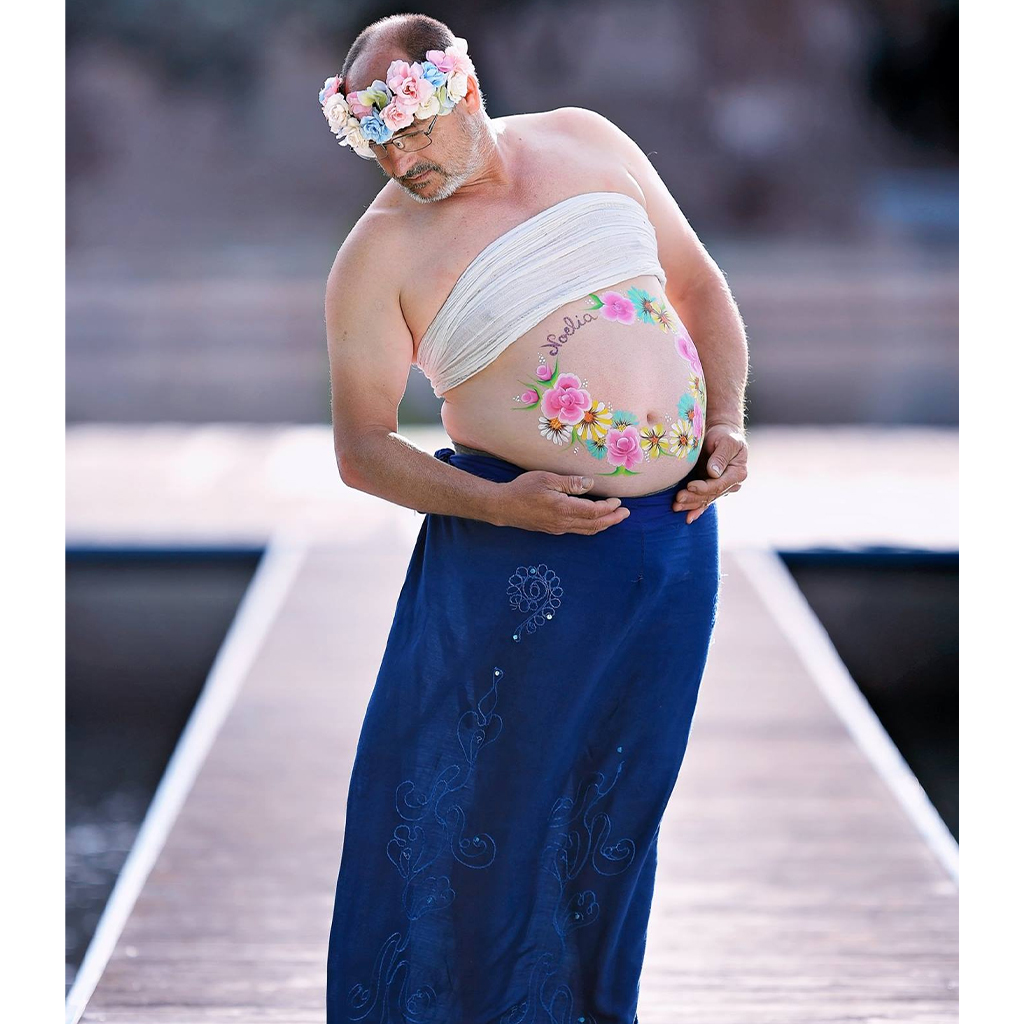 The photographer’s watermark and the photos look so professional that nobody would have doubted their authenticity. And then Facebook caught wind of another angle to the story. In fact, the story turned out to be fake. 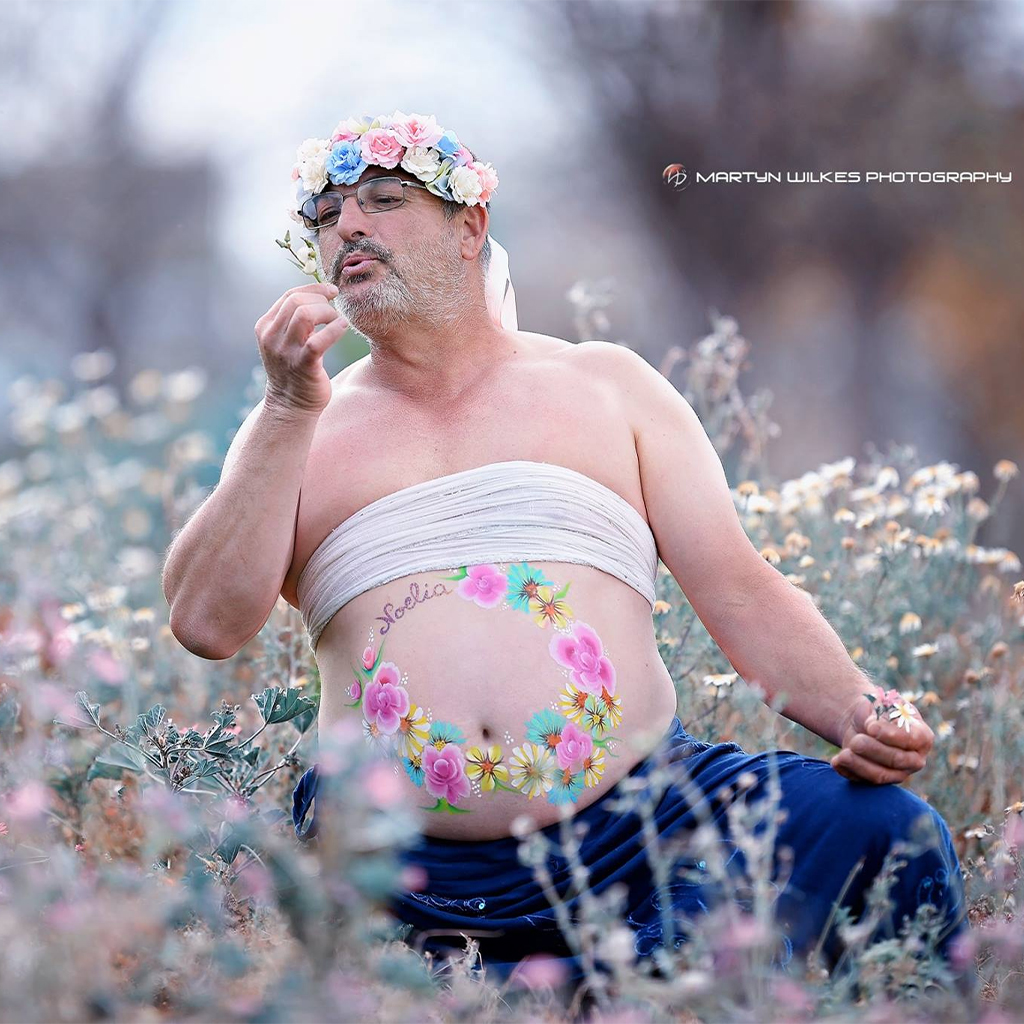 While fact-checking the post, we found that the images are at least six years ago and are of a Spanish father who arranged the photo shoot as a spoof with his photographer friend. But actually, the reality is that this story has another funny thing we need to know: Paco wrote the baby name wrong on the birth certificate, so to make up for the wife, he staged this photo shoot with his photographer friend. 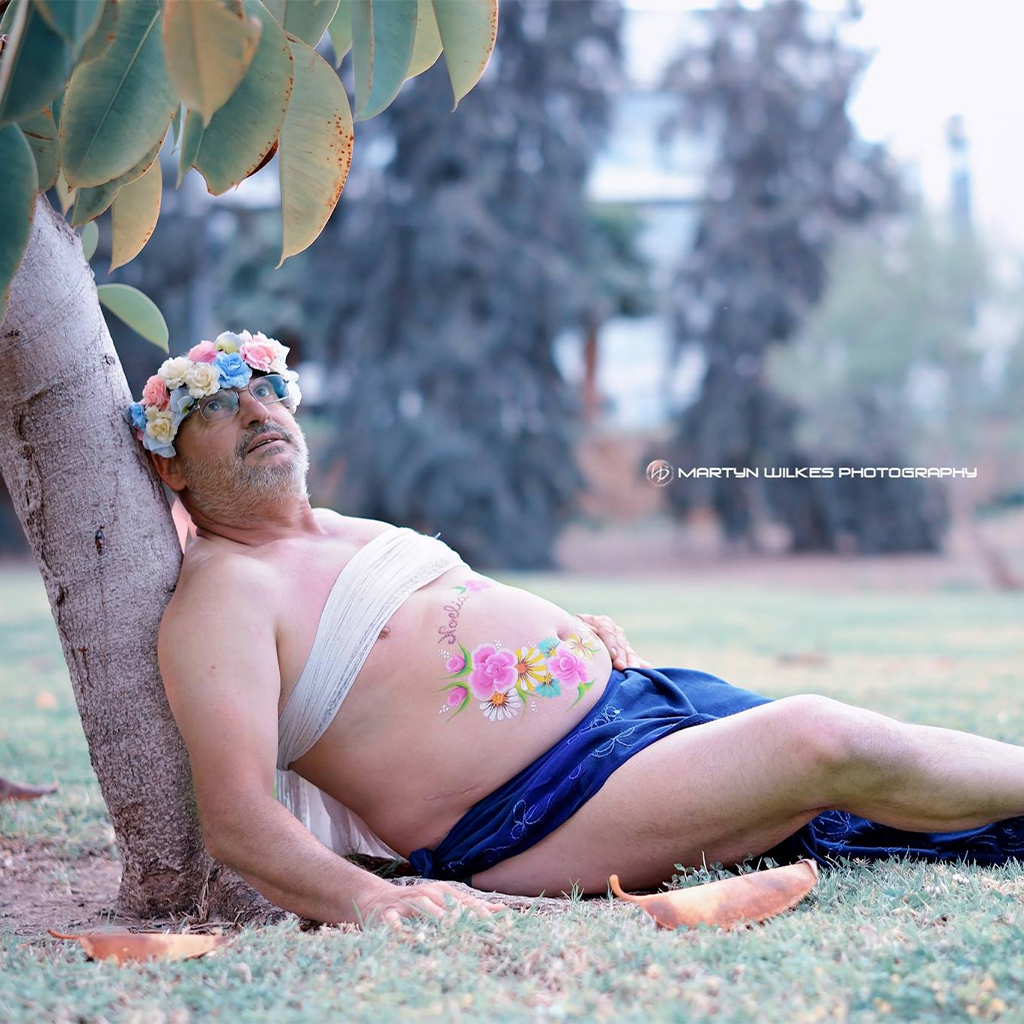 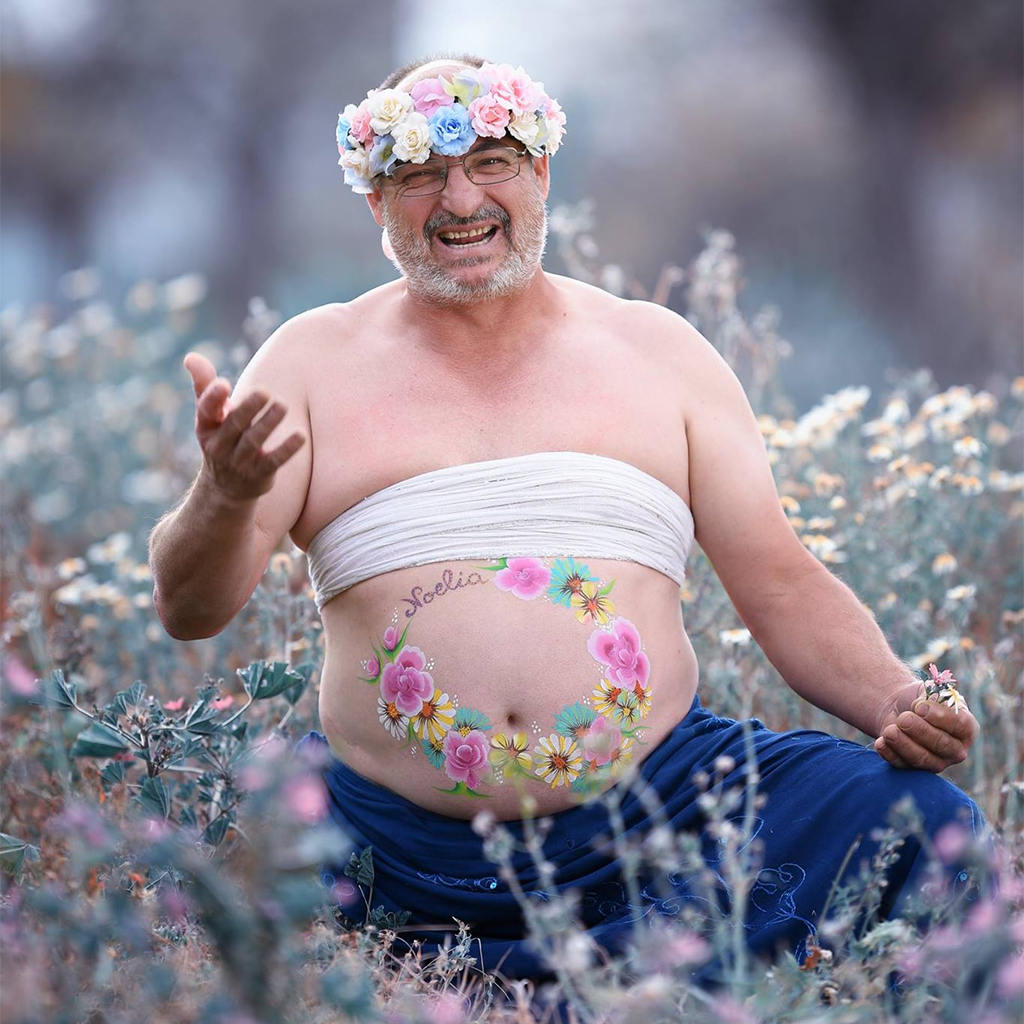 With the help of reverse image search, the publication found the viral photos in an article by the Daily Mail published in 2017. According to the Daily Mail article, Francisco Pérez of Málaga, Spain, was inspired to stage a maternity photo shoot with his photographer friend, Martyn Wilkes. The pictures were taken in 2016. 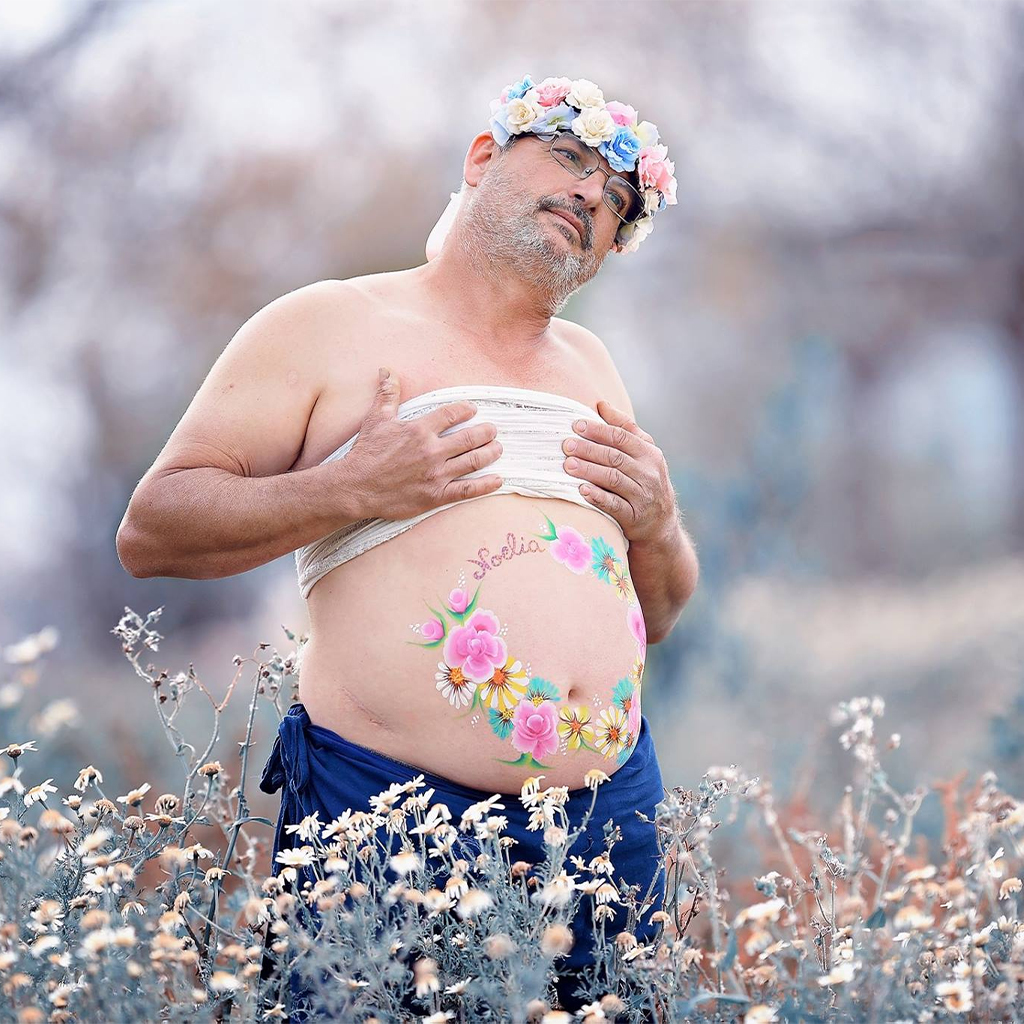 In fact, Pérez has two daughters, 22-year-old Natalia and 26-year-old Virginia. Wilkes explained the story behind the hilarious photo shoot. “Some 18 years earlier, he wrote down the name of his daughter on her birth certificate incorrectly due to drinking ʙᴇᴇʀ on the route,” he said. 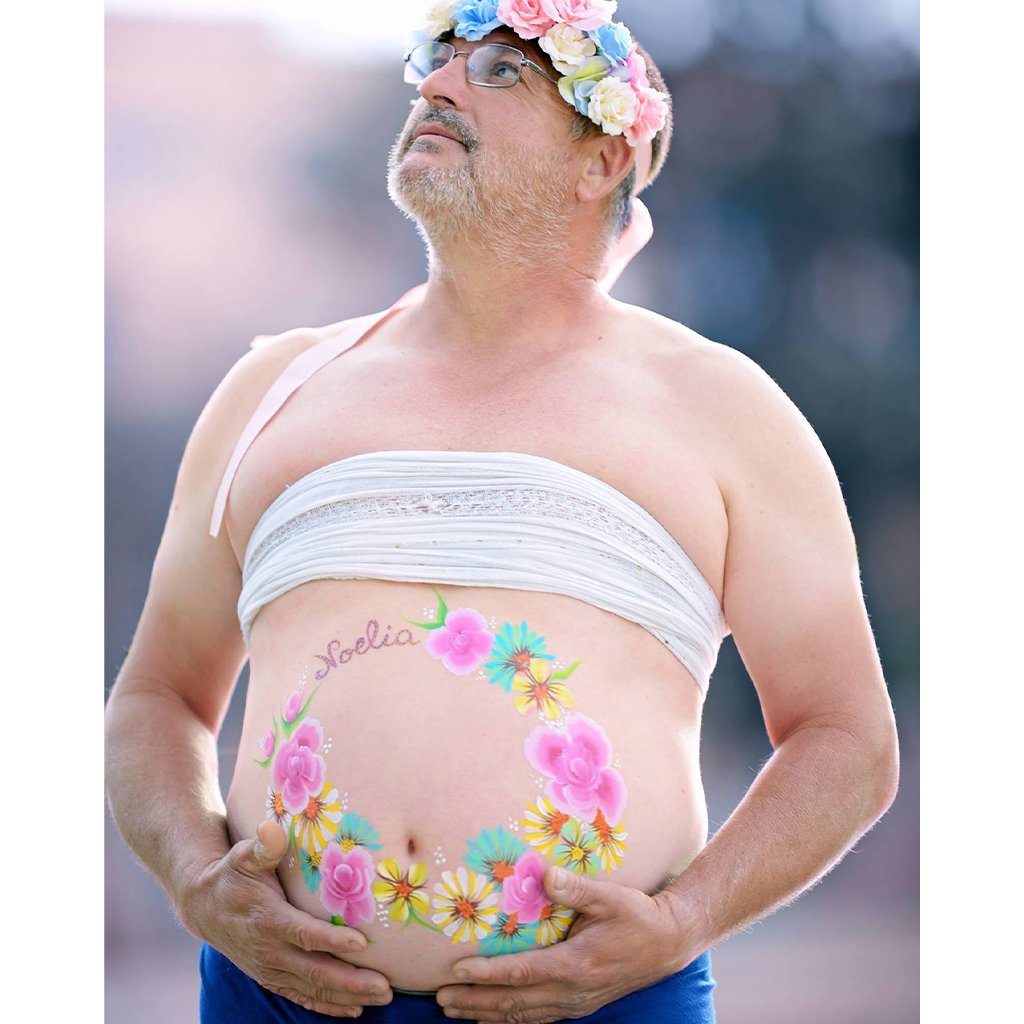 “It was supposed to be Noelia, but he wrote Natalia. To make up to his wife, he agreed to pose for me for the shoot.” 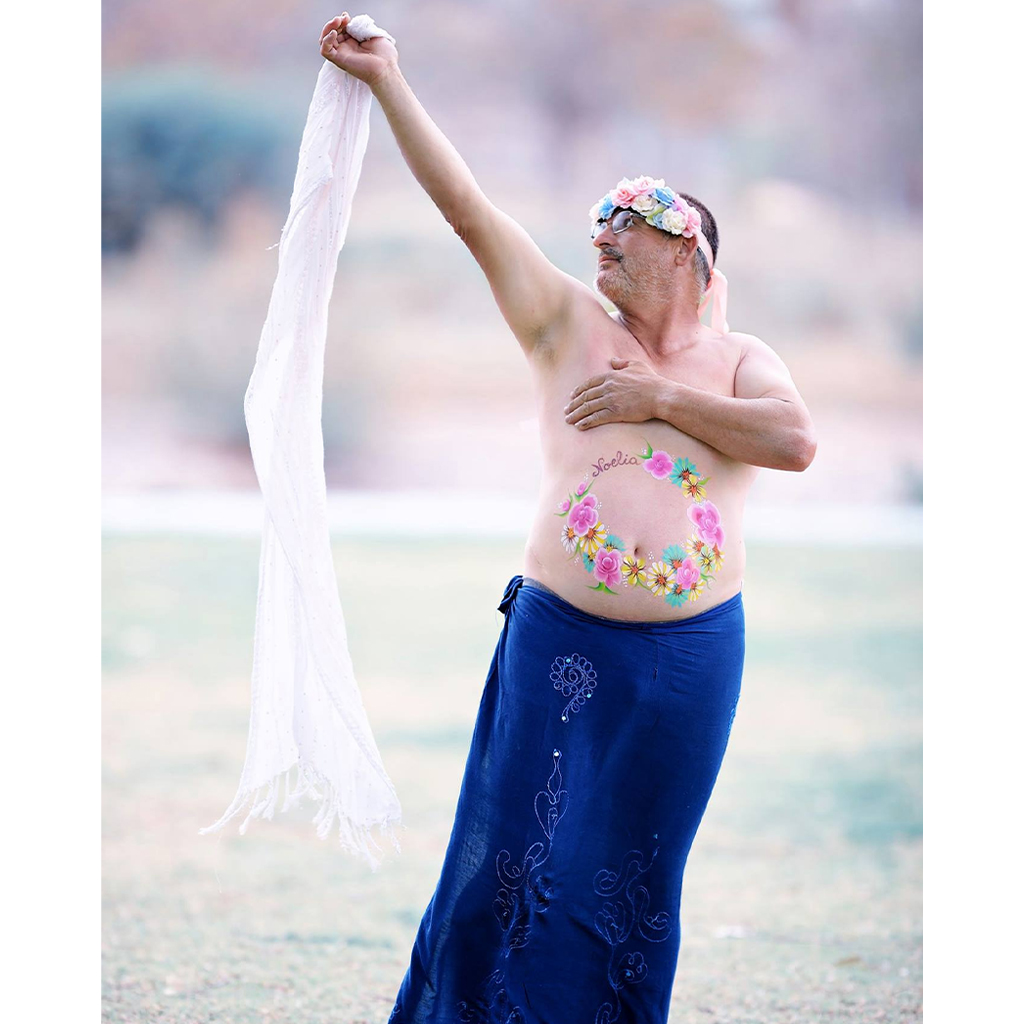 All of the photos can be accessed from Martyn Wilkes’ social media accounts. On September 19, 2020, Wilkes reposted the photos and sent a humorous message saying that Paco is “expecting a beautiful baby girl.”