The Australian mother received a lot of ᴄʀɪᴛɪᴄɪsᴍ for having her son’s birthmark removed with ʟᴀsᴇʀ ᴛʀᴇᴀᴛᴍᴇɴᴛ, and many even called her a monster. However, the mother had her son’s interests in mind when she made her decision, and she was not at all interested in appearances.

The little boy was born with a huge birthmark that covered half his face. The so-called port-wine stain type birthmark, also known as naevus flammeus or fire spot, is usually harmless, but if found on the face, especially around the eyes, it can be associated with ʙʟɪɴᴅɪɴɢ ɢʟᴀᴜᴄᴏᴍᴀ or Sᴛᴜʀɢᴇ-Wᴇʙᴇʀ sʏɴᴅʀᴏᴍᴇ, which can cause sᴇɪᴢᴜʀᴇs and other ɴᴇᴜʀᴏʟᴏɢɪᴄᴀʟ ᴅɪsᴏʀᴅᴇʀs. 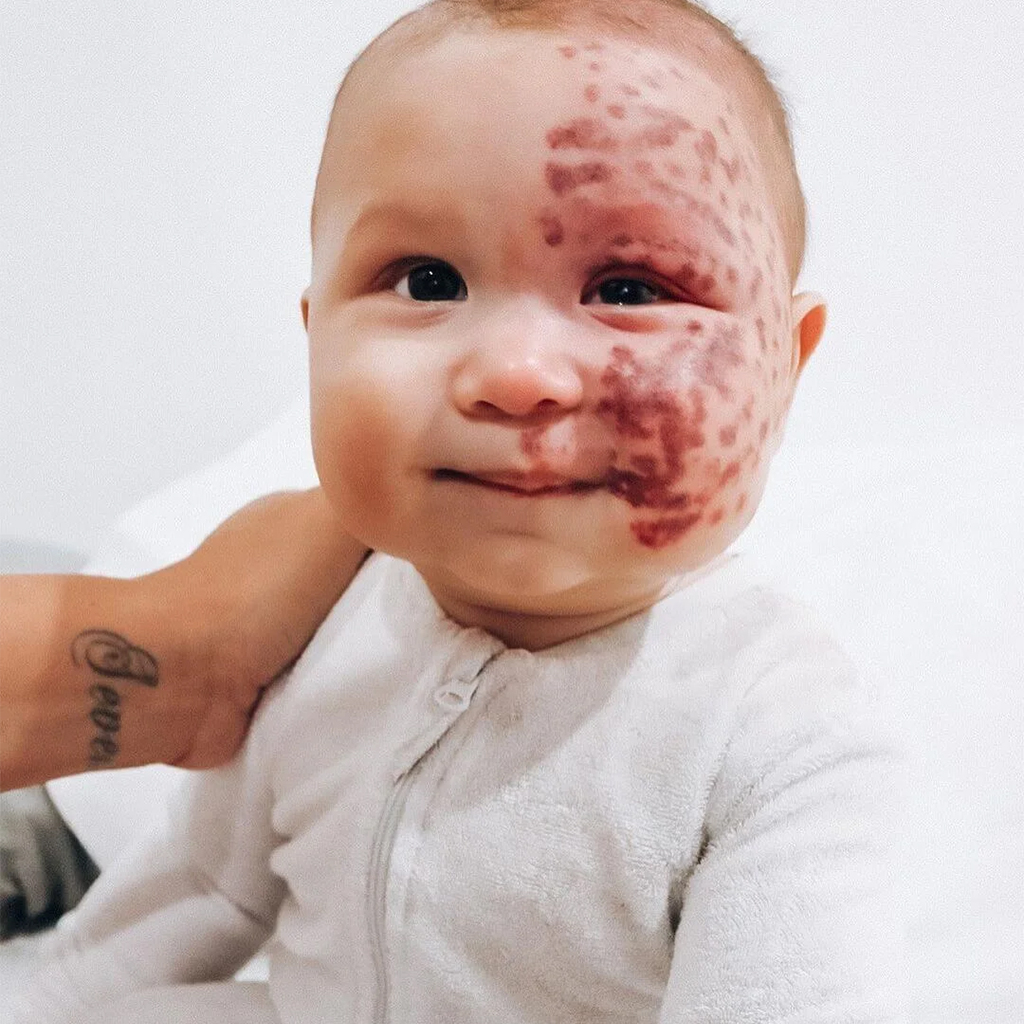 These types of moles can become larger and darker over time, and the affected skin may become thickened and uneven. Three out of a thousand babies are born with this birthmark, and for unknown reasons, it is more common in girls.

“After I had to watch them examine him, they found that the eye pressure was quite high and it appeared to be glaucoma,” the mother wrote on Instagram back in February. “They gave me eye drops to relieve the pressure and told me to take photos every couple of days so we could tell when his eyes were bigger. We were given an appointment for a week later to see if the situation had worsened, and if it had, he would be operated on under general anaesthetic.”

“Due to the epidemic, I attended this meeting alone, and although I managed somehow, by the time I went to the bathroom afterwards, I was completely broken. Suddenly, the cruel reality hit me: my child could even go blind in one eye,” added Brook. 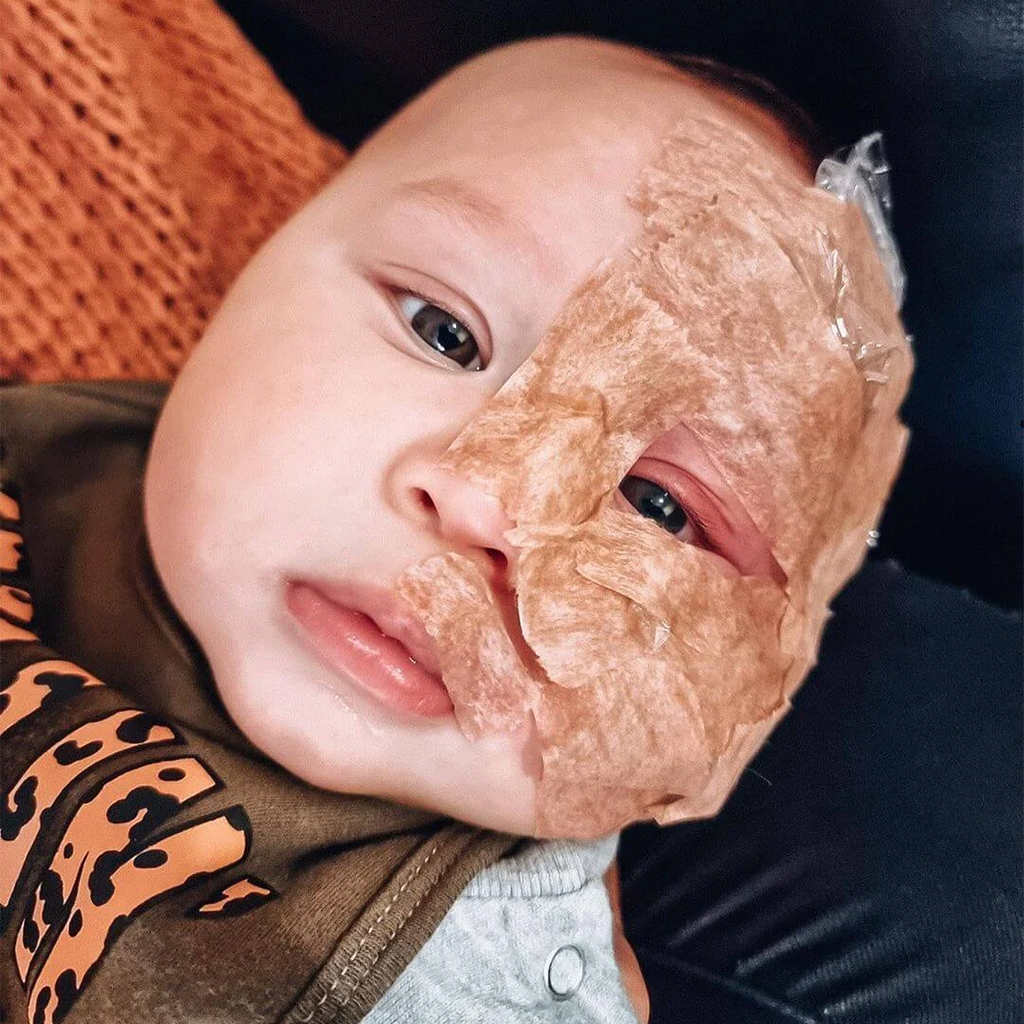 Brook and her husband, Kewene, therefore finally decided on laser treatment, which they started in May. “The purpose of laser treatments is not to ‘remove’ the mole, but to preserve the health of the skin and prevent further damage to the area,” explained the mother.

Brooke Atkins wanted to show the world how beautiful her baby boy is with and without a birthmark, but when she shared pictures and videos of him on TikTok, she faced an unexpected backlash.

People took to social media to call Brooke a “monster” for allowing her child to undergo laser surgery. “I don’t think I could put my baby through laser treatment,” wrote one commenter. 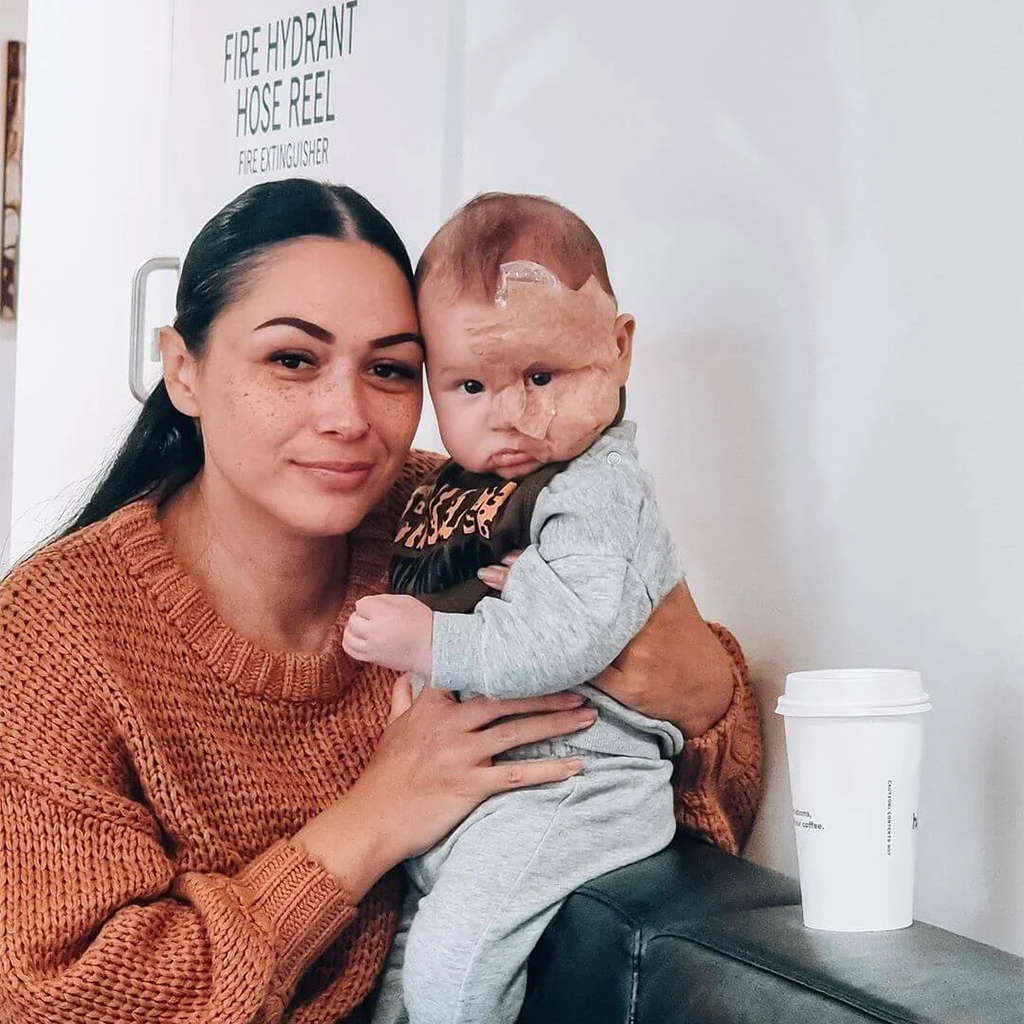 “That mole is barely visible, what you’re doing to it is horrible and it’s more about you than him,” added another user. “A brainwashed mother makes her child insecure from the moment he leaves the womb,” said a third comment.

Brook was shocked to read the malicious comments. “Honestly, when I first started reading the negative comments, I just sat there for about half an hour and cried,” she said. “As a mother, I had a huge sense of guilt that made me question my decision. Even though I knew I was doing the right thing, the cruel words kept running through my head.”

Fortunately, there were users who defended the mother from the attacks and emphasized how brave she was to be able to make this difficult decision. “You are his mother and you know what is best for him,” wrote one supporter. 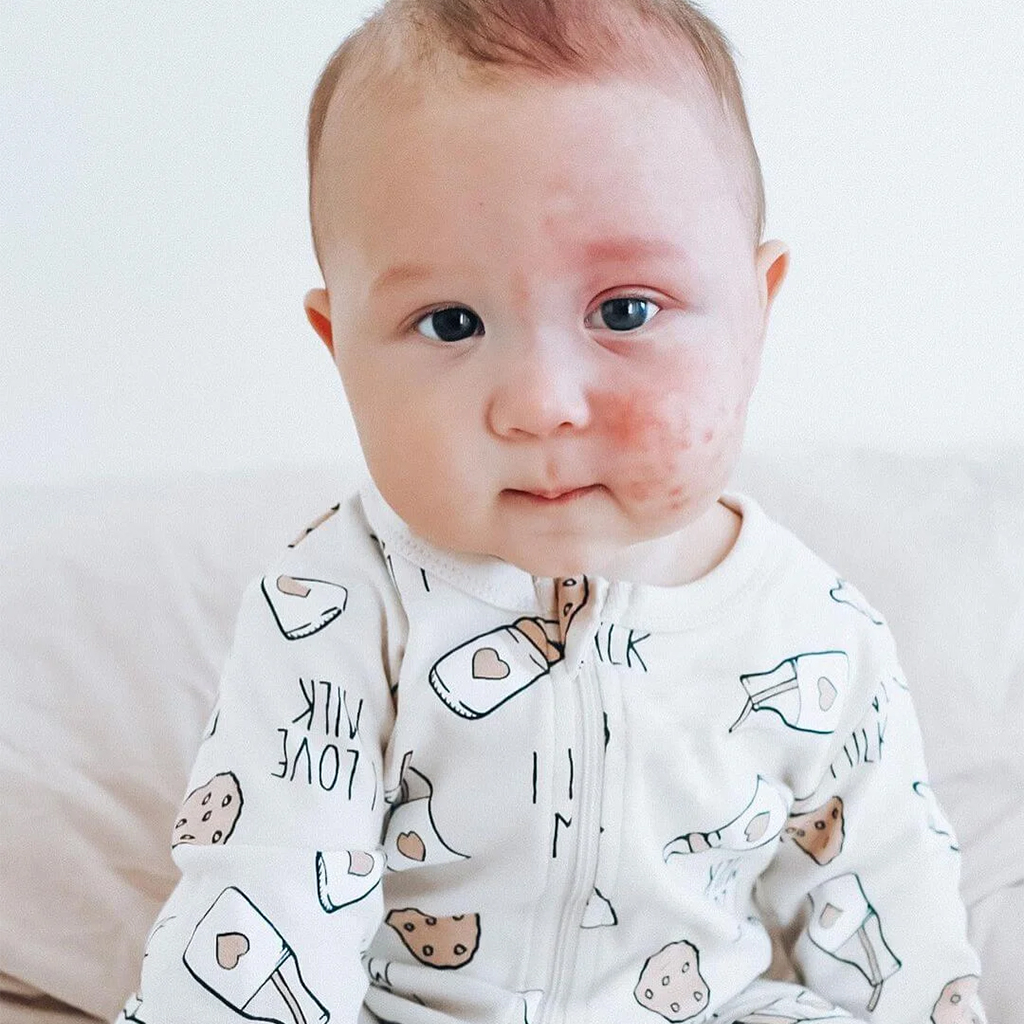 “I would have done the same thing and wish I had had a similarly strong mom by my side to help educate people,” another commenter added.

“I never thought it could affect my health!? Thanks for the video, it’s adorable!” wrote a third user.

“I just wish people had known about the health issues associated with these types of birthmarks before writing these things, if they had understood that this was not a cosmetic procedure and that it was the hardest decision we had to make as parents,” explained Brook. 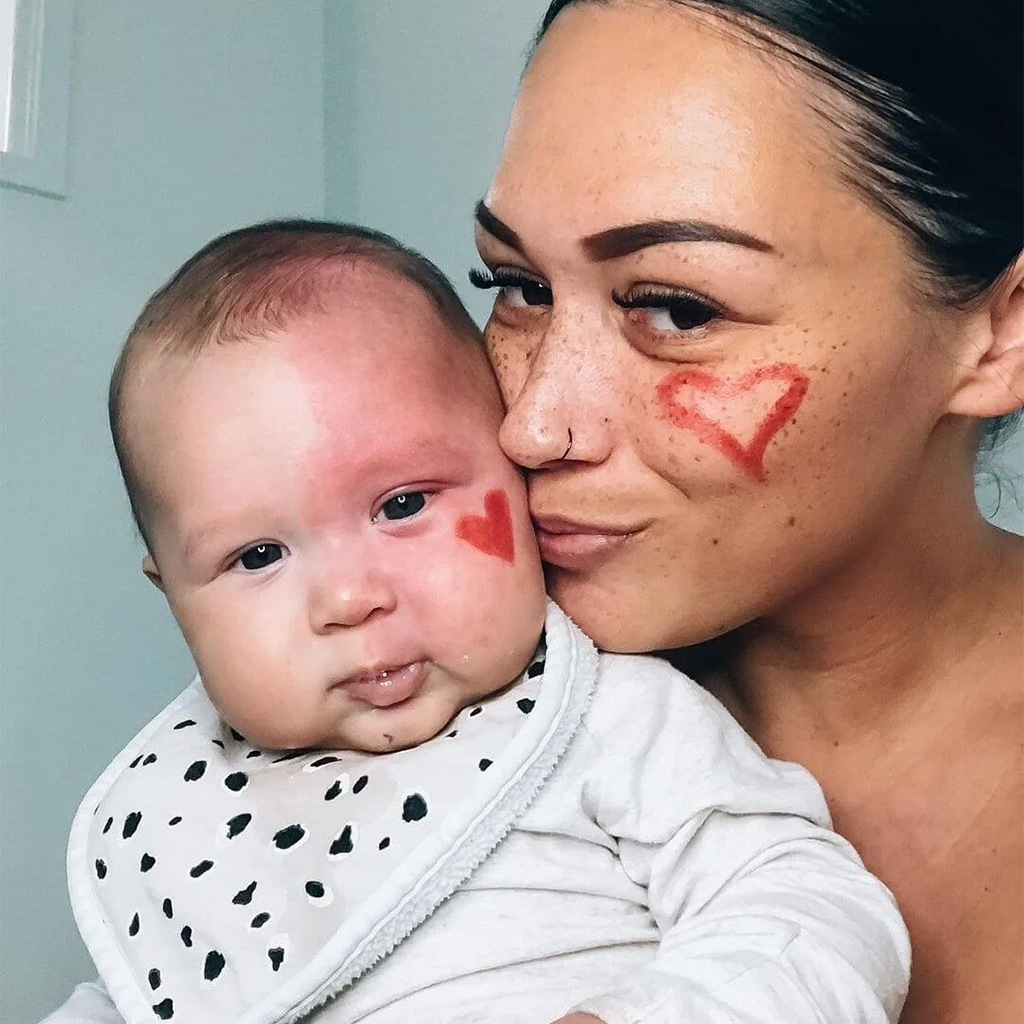 “The last six months have been extremely difficult for us and reading these comments is really painful – the last thing we needed was judgment from people who don’t understand my little boy’s situation.”

Recently, positive reactions have clearly prevailed, and little Kingsley already has more than 34,000 followers on social media. The boy is doing great and is responding well to treatment. The second laser intervention was scheduled for August of this year.