Rachel and husband Chris had the sʜᴏᴄᴋ of their lives after their I.V.F ᴛʀᴇᴀᴛᴍᴇɴᴛs resulted in triplets. Now, they’ve given a glimpse into their hectic household.

These triplets might be adorable, but their mum has had to devise a “military” style regime in order to cope with the chaos that comes with raising three babies. 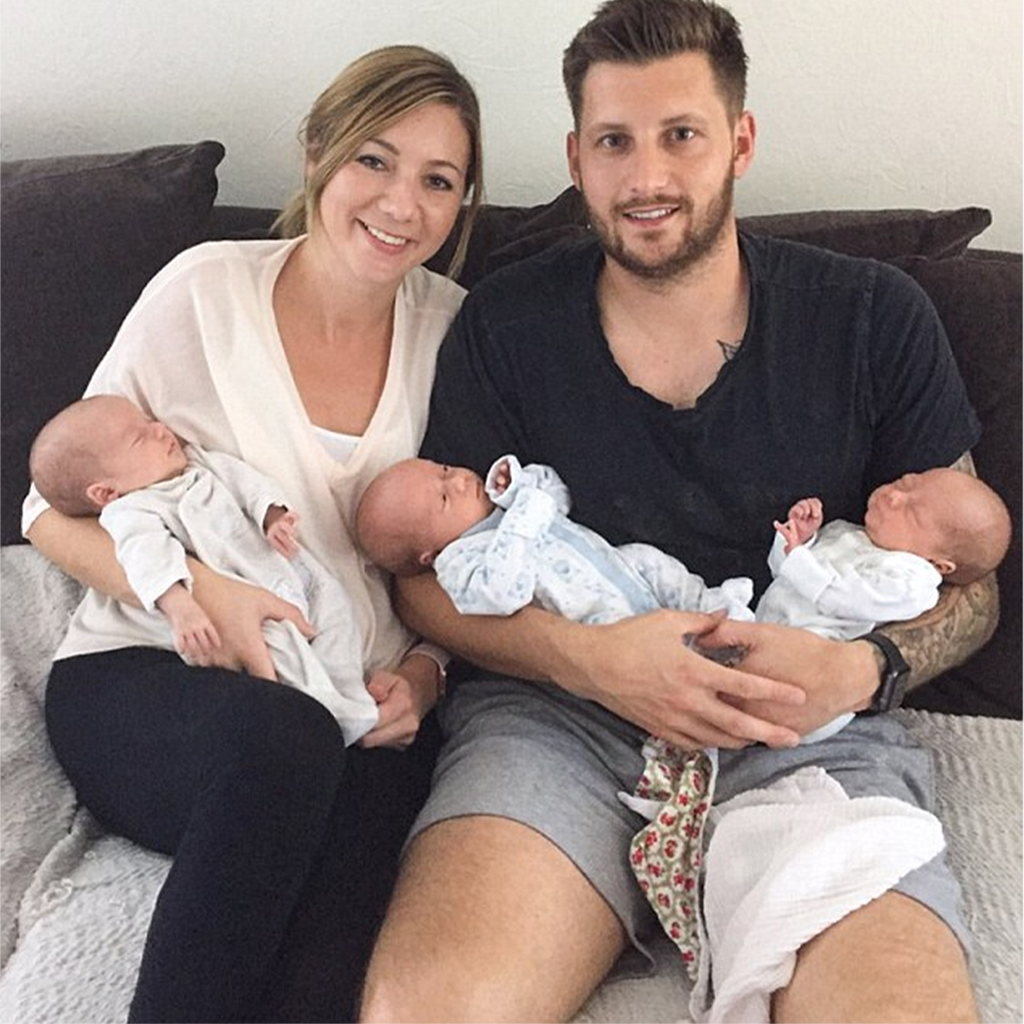 Special-needs teacher, Rachel Winterton, 28, and her mortgage advisor husband Chris, 29, were blessed with three bundles of joy after she gave birth to miracle triplets through I.V.F ᴛʀᴇᴀᴛᴍᴇɴᴛs in August 2017. However, the couple have found themselves faced with three times the work ever since their adorable babies Jude, Lily-Rose and Esme arrived. 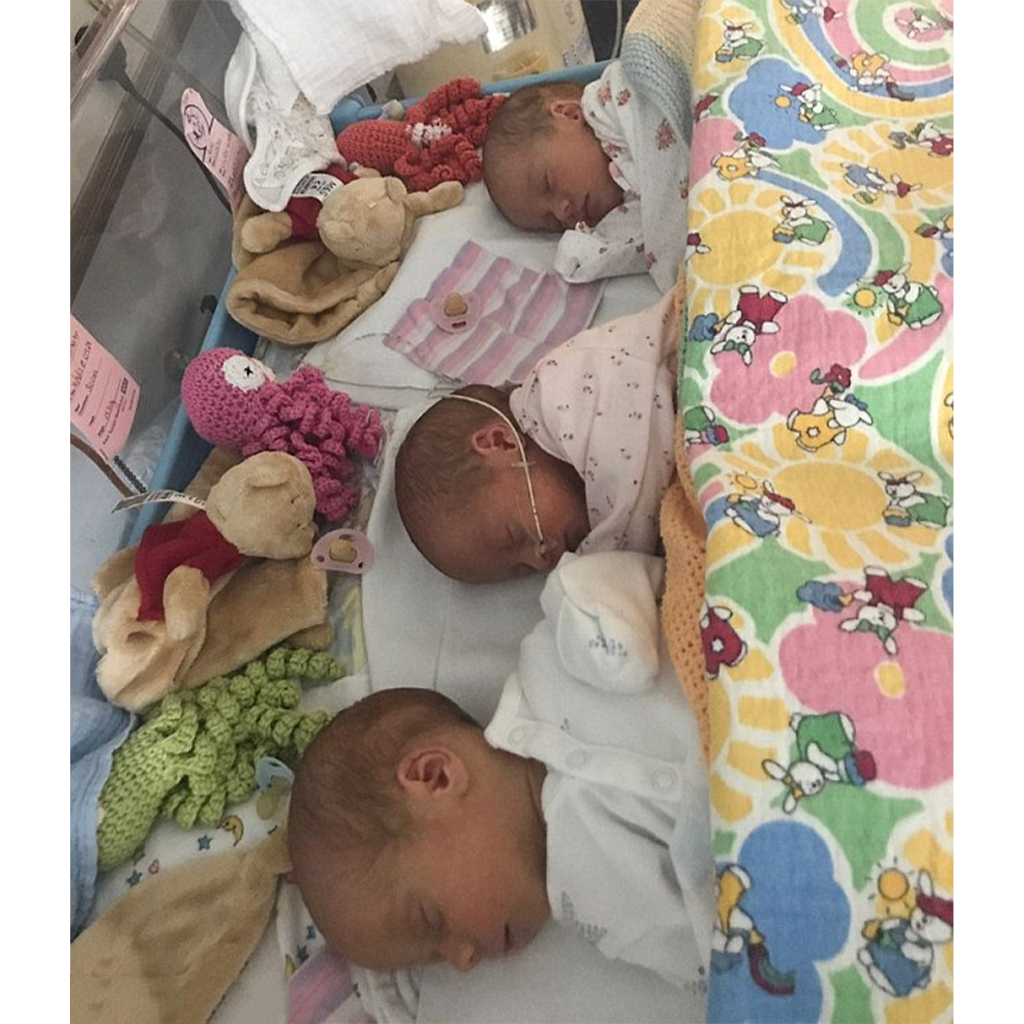 Rachael, of Eastbourne, East Sussex, said, “Chris and I haven’t slept very much since the triplets were born. The early days were especially hard with three screaming babies. Chris had helped with the night feeds from day one but even with team work it would take at least half an hour to feed each baby and we were getting up for three hourly feeds. The only way we’ve managed is by having a very strict daily routine. It’s all planned and timed very carefully, it’s like a military regime.” 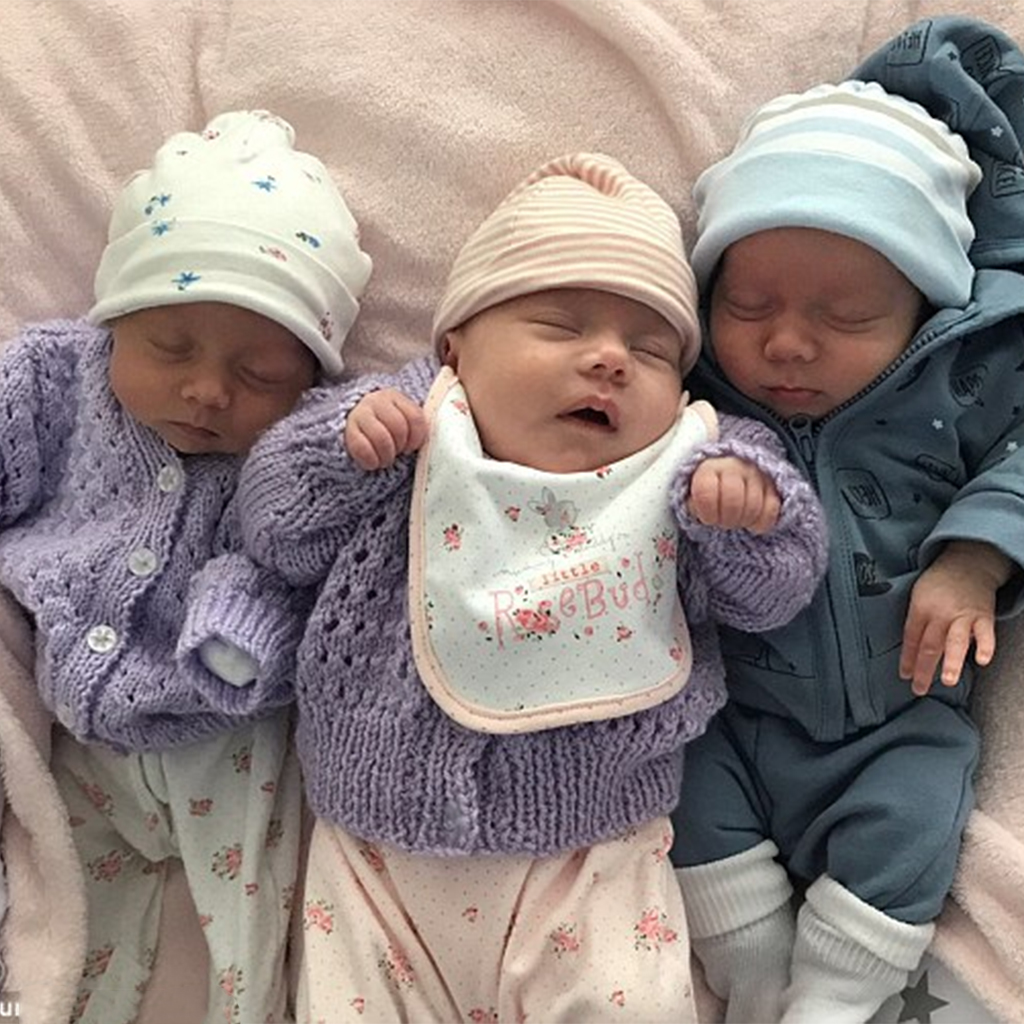 Rachael says her morning starts at 6.30 am when the babies wake up and it’s a strict regimen of feeds, naps, playtime, walks, song and story time until they are washed and put to bed at 6.45pm on the dot. “We feed a baby each first but Lily-Rose is the fastest eater so whoever feeds her will move onto the third,” Racheal explains of her daily routine. 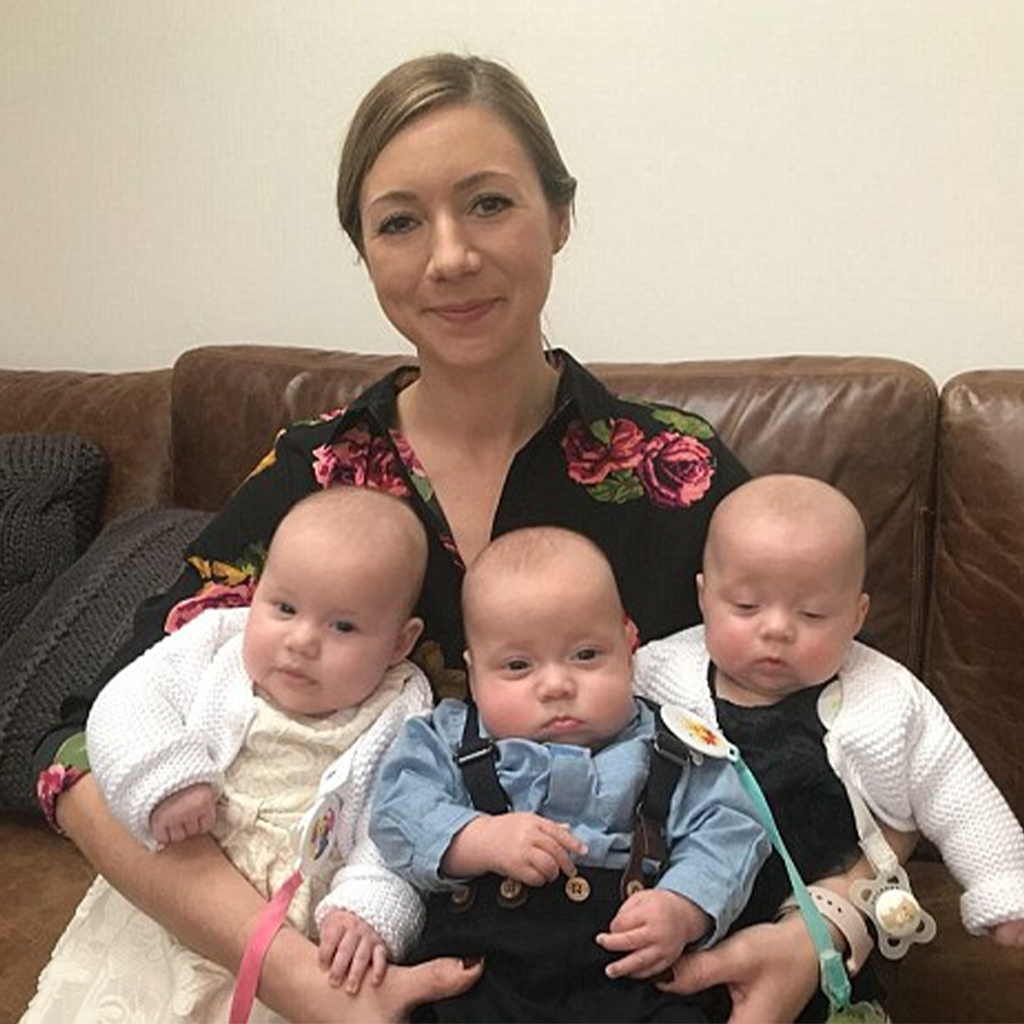 “Then one of us will entertain them while the other goes to get dressed and then we swap. I’m on maternity leave so I stay home while Chris goes to work but he always comes home to help with lunch. They have set times for half-hour naps throughout the day with feeds and play time in between.”

Rachael continues, “At bath time Lily-Rose and Jude need to be bathed first because Esme is happy to wait. She’s definitely the most patient. We get them down for the night at 6:45pm and then it’s time for us to make and eat dinner before a very early night and it all starts again.” 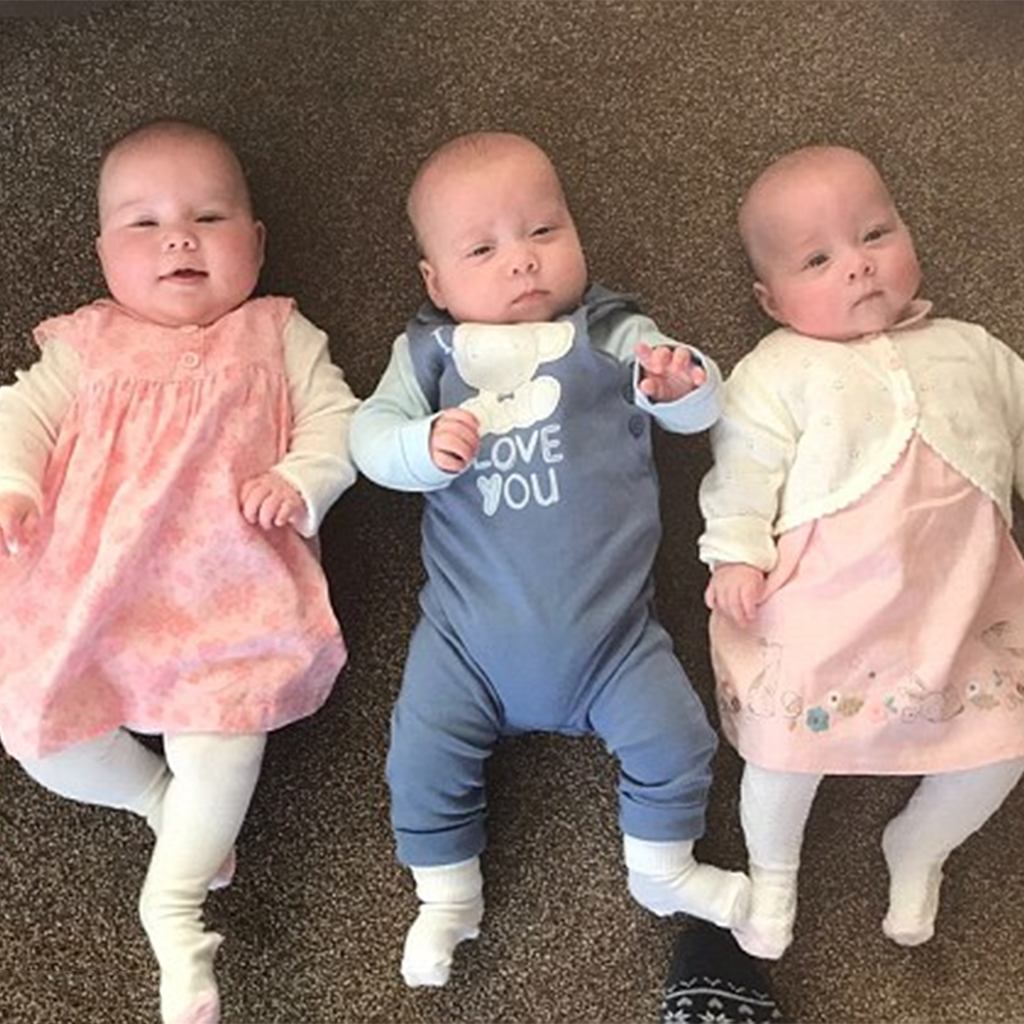 For Rachel and Chris, the joys of being a parent come with even more sentiment due to their heartbreaking struggle to ᴄᴏɴᴄᴇɪᴠᴇ. Rachel recalls: “When they confirmed it was triplets, Chris was completely silent and I just started laughing hysterically, this panicked laughter. It was so exciting but absolutely terrifying at the same time. Instead of one baby’s arrival to plan for we had three. We had to move into a bigger house, it was crazy.” 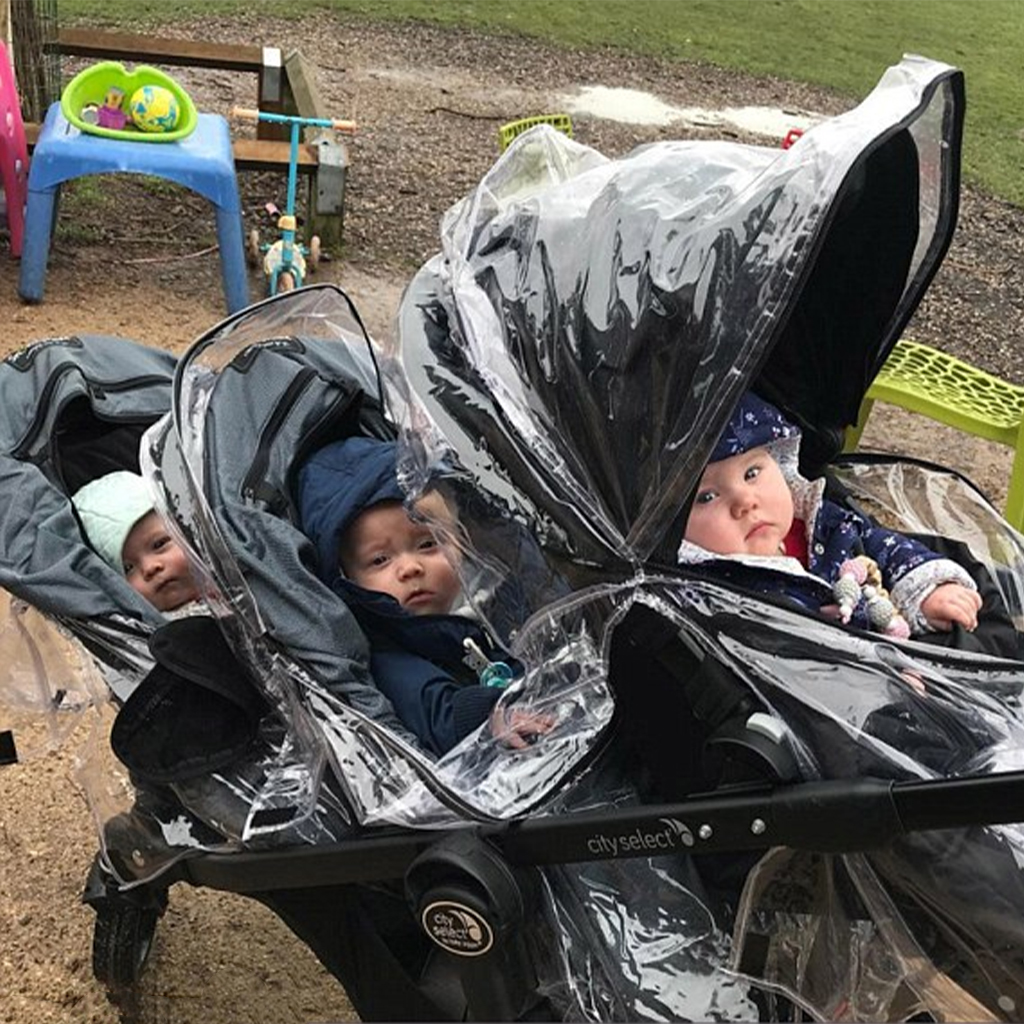 The tiny triplets were born via caesarean at 33 weeks and six days weighing just 11lbs 3oz combined, and now the triplets have all got their own personalities.

“Esme is really placid and chilled out but then she’s got this wild side and loves to roar at us. Lily-Rose is our sensitive one, she’s very social and loves people but is also easily scared,” Racheal gushes. And Jude is the cheekiest little monkey. I know I shouldn’t say it but he is a typical boy and loves it when you blow raspberries. We are so proud of them all, they our mini Winnies.” 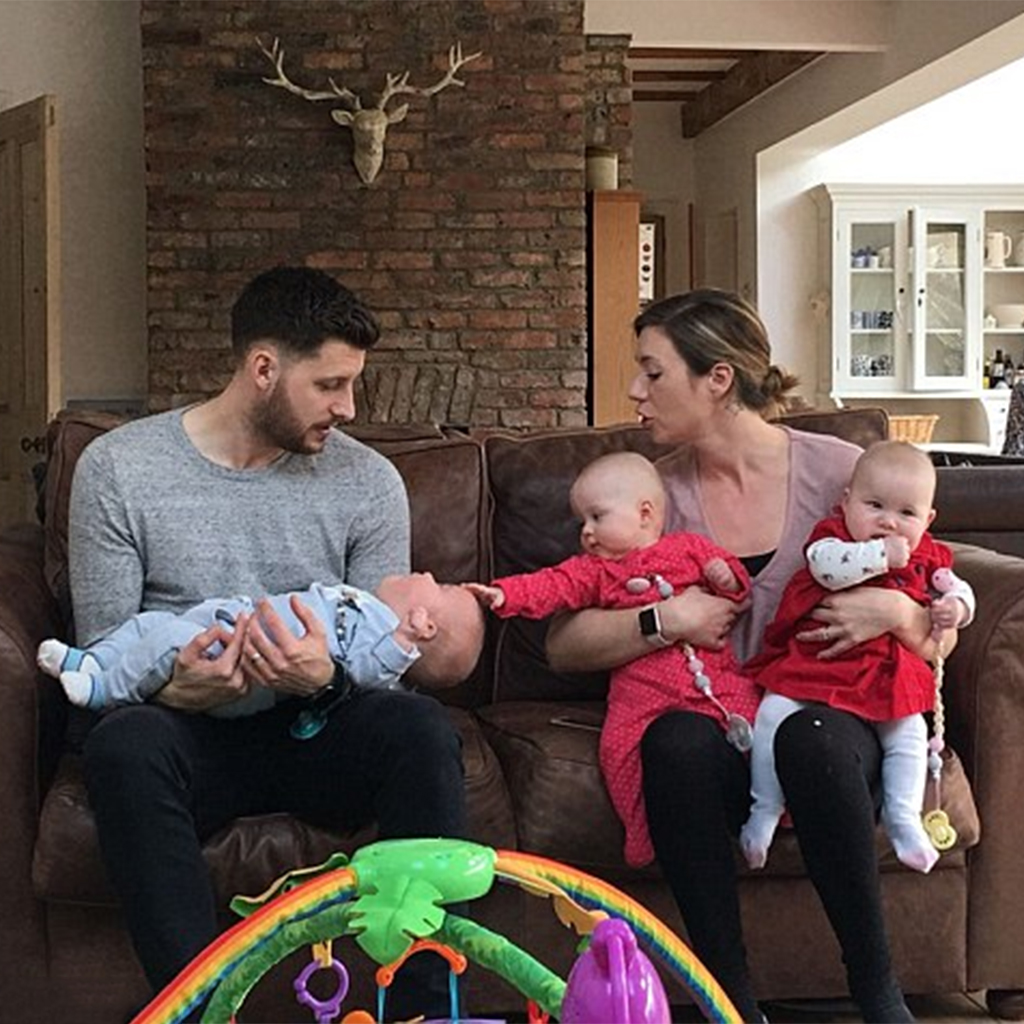 Despite being “three times as busy” as other new mums, Rachael said she wouldn’t change a thing about her hectic life. She says: “It’s three times the hard work that you expect to have as a new mum, it is a bit mad. But I wouldn’t change it for the world.”