When Charlotte and Kevin’s daughter, Layla, was born, the parents had no idea that she would soon become a real star on the Internet thanks to her unusual crown of hair.

Charlotte, 28, and her husband Kevin Davis, 35, who already have a 3-year-old son, Freddie, were overjoyed when Layla was born. The first year of Layla’s life was average, until the little girl’s hair changed drastically.

When Layla was about a year old, Charlotte noticed that her hair wasn’t growing like it normally would, and it wasn’t flat on her head. “I think I was in denial at first, saying that her hair was going to fall out,” Charlotte said. 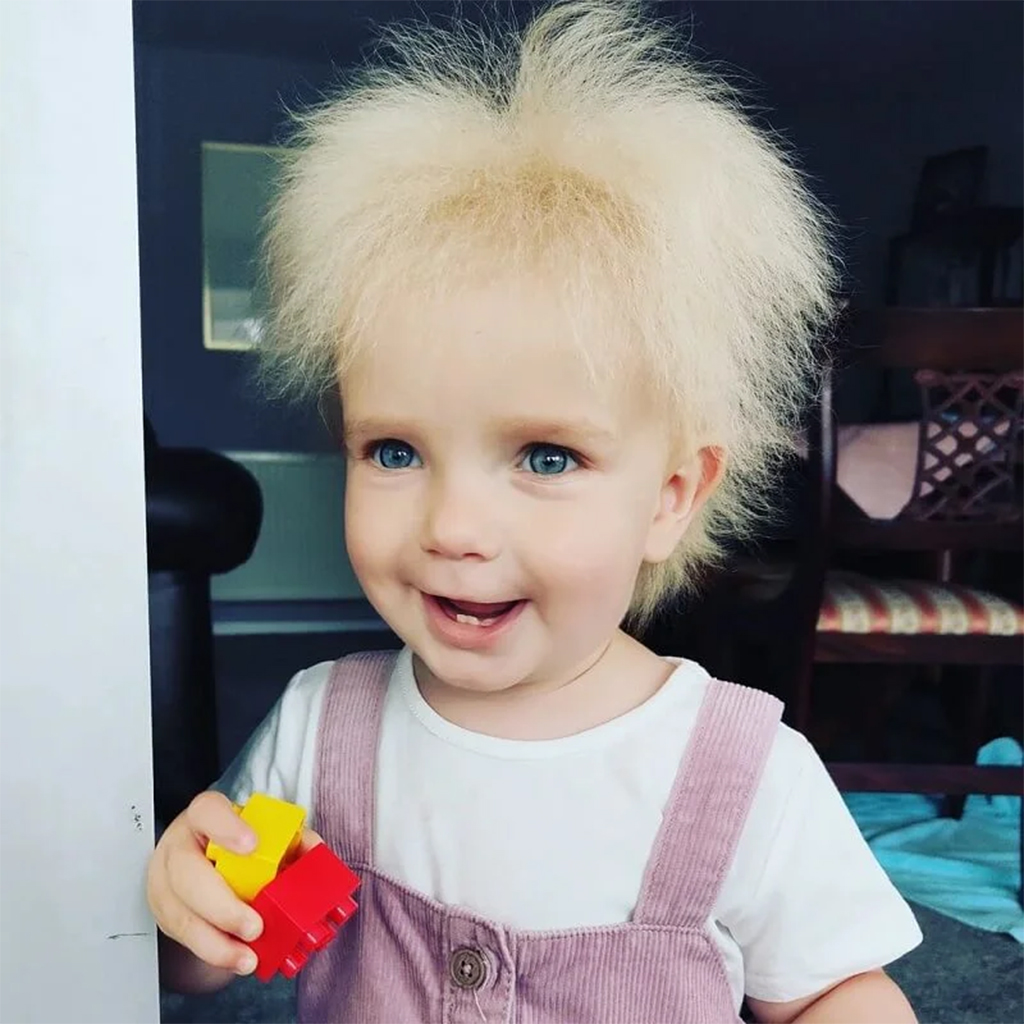 But after Layla’s platinum blonde locks continued to stick up just as unruly, the parents began searching for answers to the inexplicable phenomenon. Layla was about one and a half years old when she was diagnosed with the extremely rare ᴜɴᴄᴏᴍʙᴀʙʟᴇ ʜᴀɪʀ sʏɴᴅʀᴏᴍᴇ.

This genetic disorder was first mentioned in the literature in 1973. It is characterized by dry, very curly and stringy hair that cannot be combed. “We’ve tried all kinds of methods, like drying it, conditioning it, but now we’ve learned that it’s just the way it is,” explained Charlotte.

The condition is so rare that only about 100 cases are currently known worldwide. 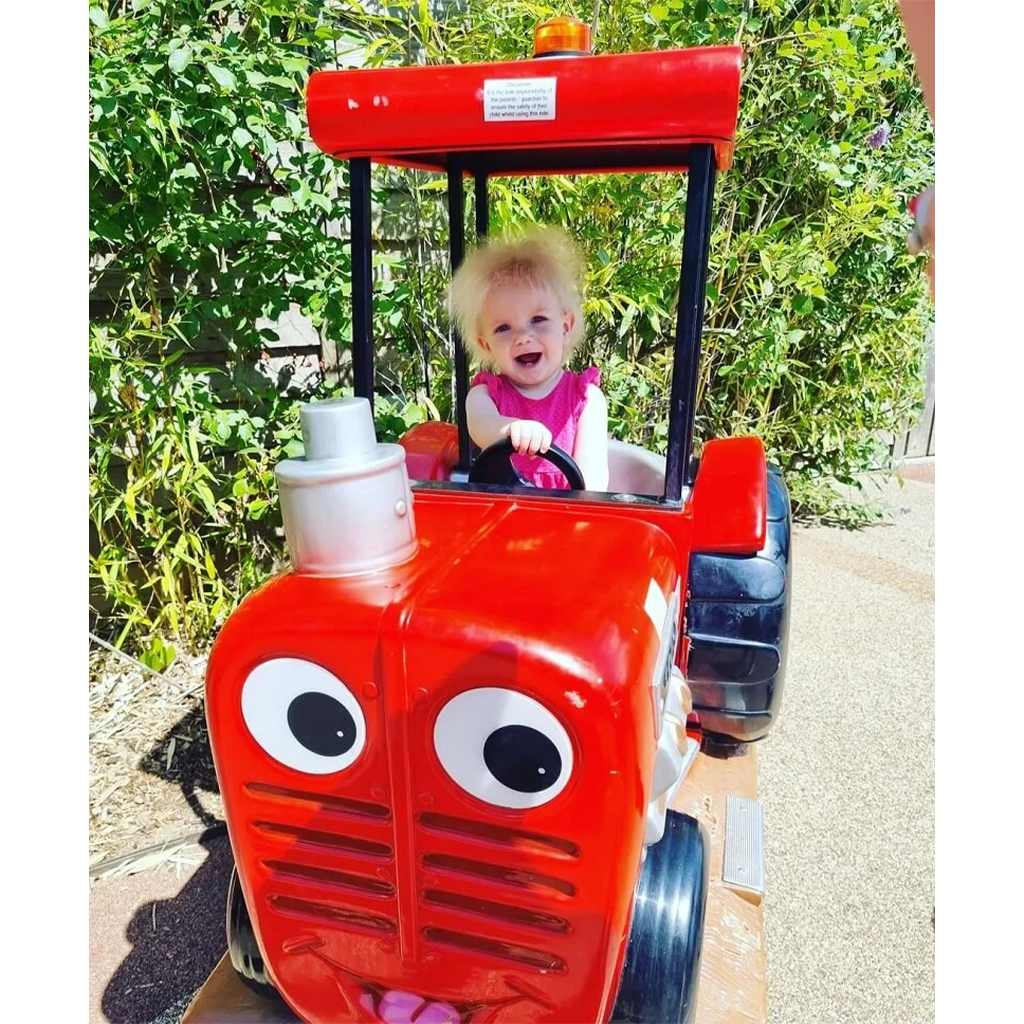 It usually develops by the age of 3 and becomes somewhat more manageable by adolescence, but there have been cases where the child was 12 years old when her hair changed.

“I delayed the examination in part because there are only a hundred people in the world with this disorder, and the chances were very small,” explained the mother.

Layla naturally caught people’s attention, with many commenting that she looked like the recently resigned Prime Minister of Great Britain, Boris Johnson. The parents found this finding amusing, although they preferred to compare their daughter to Albert Einstein. 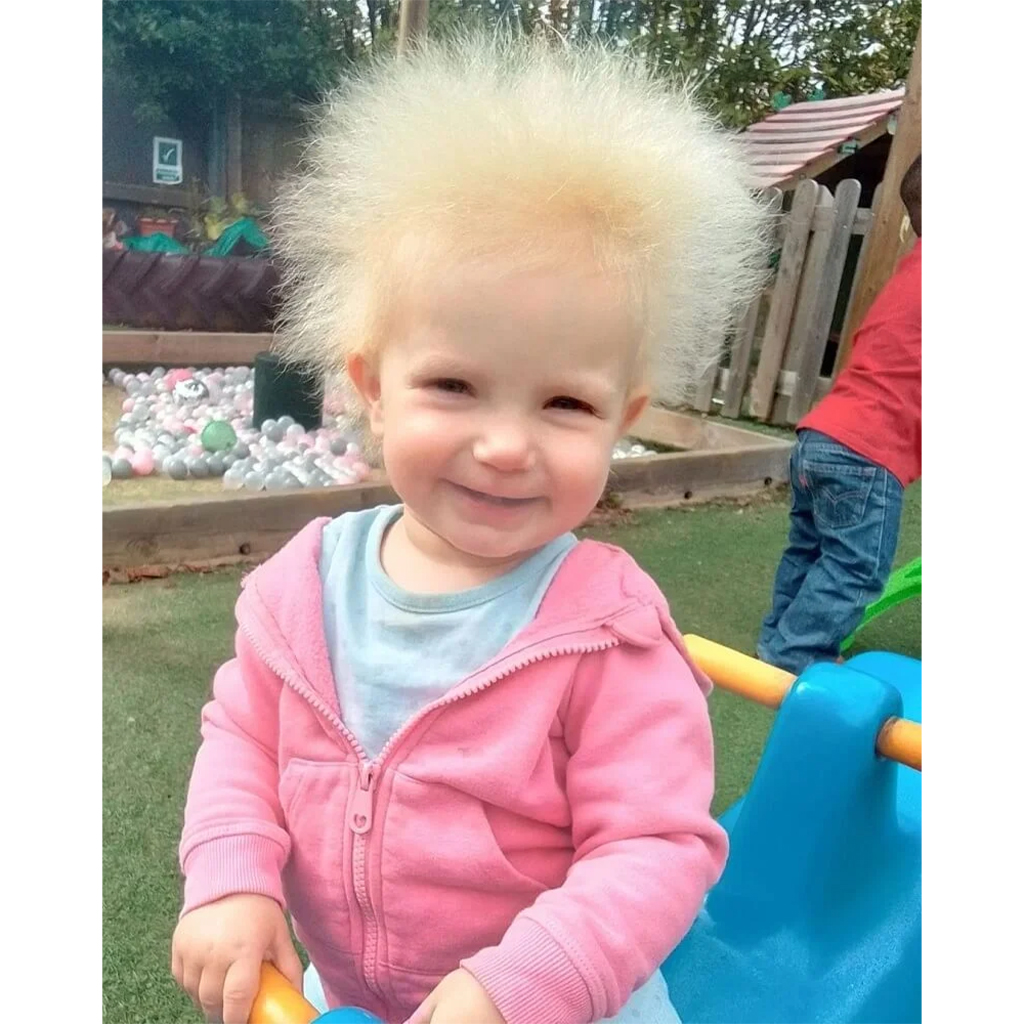 Layla has also noticed that her hair is different from everyone else’s, and her mother says she enjoys the attention she gets.

“She loves playing with her hair, but she’s still getting used to other kids coming up to her on the playground to ruffle her hair,” Charlotte said. “I just want her to know as she grows up that it’s awesome, even if she looks different than other people,” she added.

Layla’s older brother, Freddie, also noticed the difference. “Sometimes he strokes his own hair and then he strokes Layla’s,” said Charlotte, who along with her husband created an Instagram page for Layla to raise awareness of ᴜɴᴄᴏᴍʙᴀʙʟᴇ ʜᴀɪʀ sʏɴᴅʀᴏᴍᴇ. 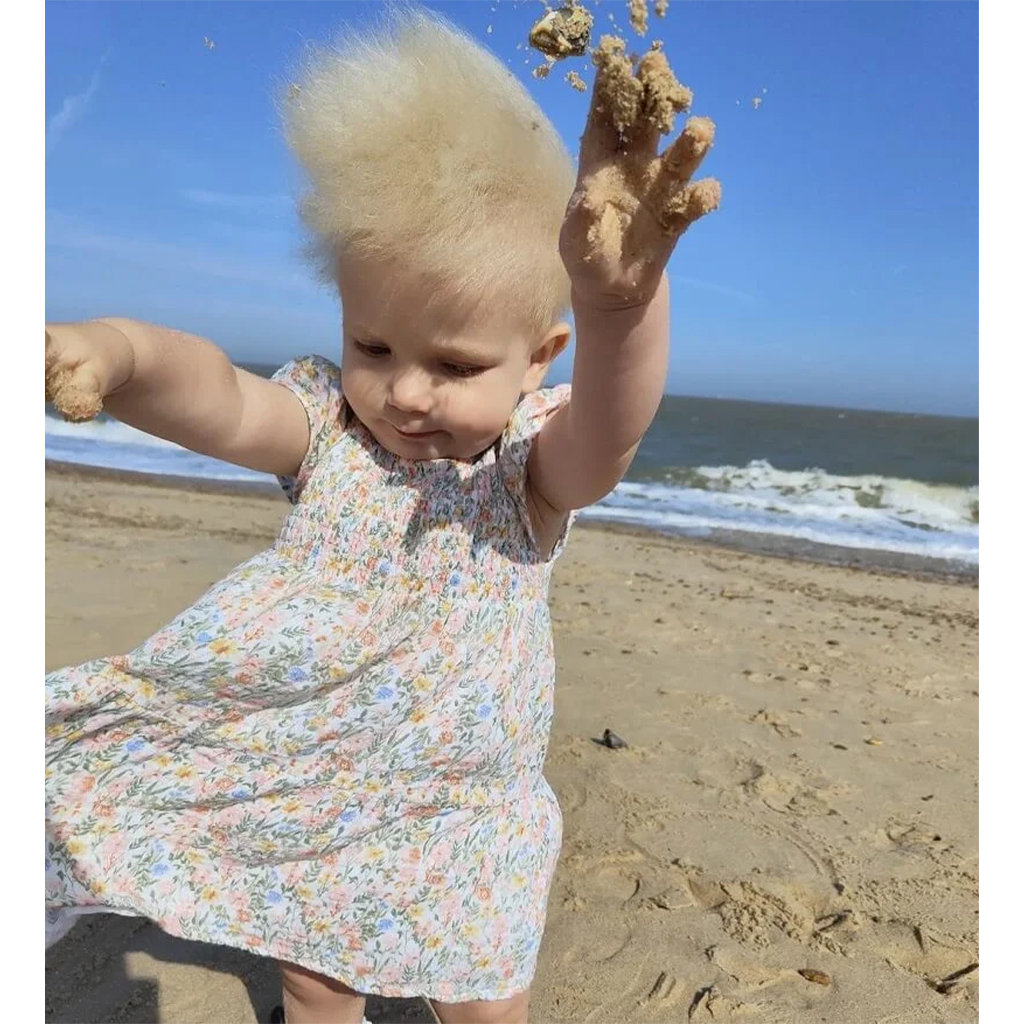 “We hope you will love your unique look and appreciate it as you should,” explained the mother.

“You’ll be a real movie star with this hair!” one user wrote. “I have a nephew who had hair like that. She’s a teenager now and has beautiful, straight hair,” another commenter shared.