Mom illustrates the differences between the first and second child in her comic, which is hilariously real

Wang Chen is an incredible illustrator from China and a VR game designer who lives in the United States. She is also a mom of two daughters Electra and Ali, and recently drew a series of comics that hilariously capture the too-real differences between raising your first kid and your second.

This funny series was updated on her Facebook page, The Messycow Comics. Parents know, that there are some quite big differences between having your first and second child, from different approaches to pregnancy, to slightly different ways the kids are raised once born. And let’s watch these changes in the below. 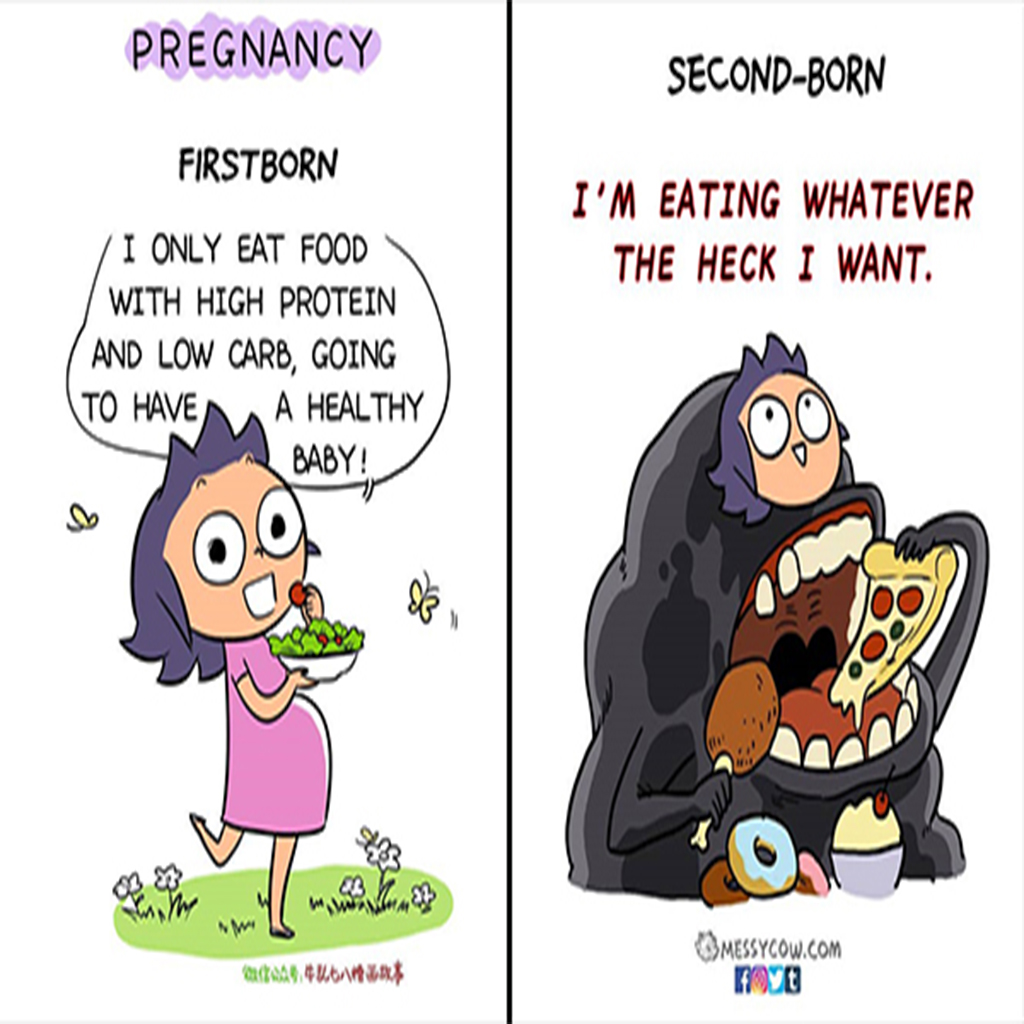 When you’re pregnant for the first time, you’re cautious about what you eat and how you live. It becomes the most interest to you to eat the healthiest foods and to be your most disciplined self.

However, when you’re pregnant for the second time, you might want to be yourself and eat whatever you want.

Status of a queen? Well, maybe! 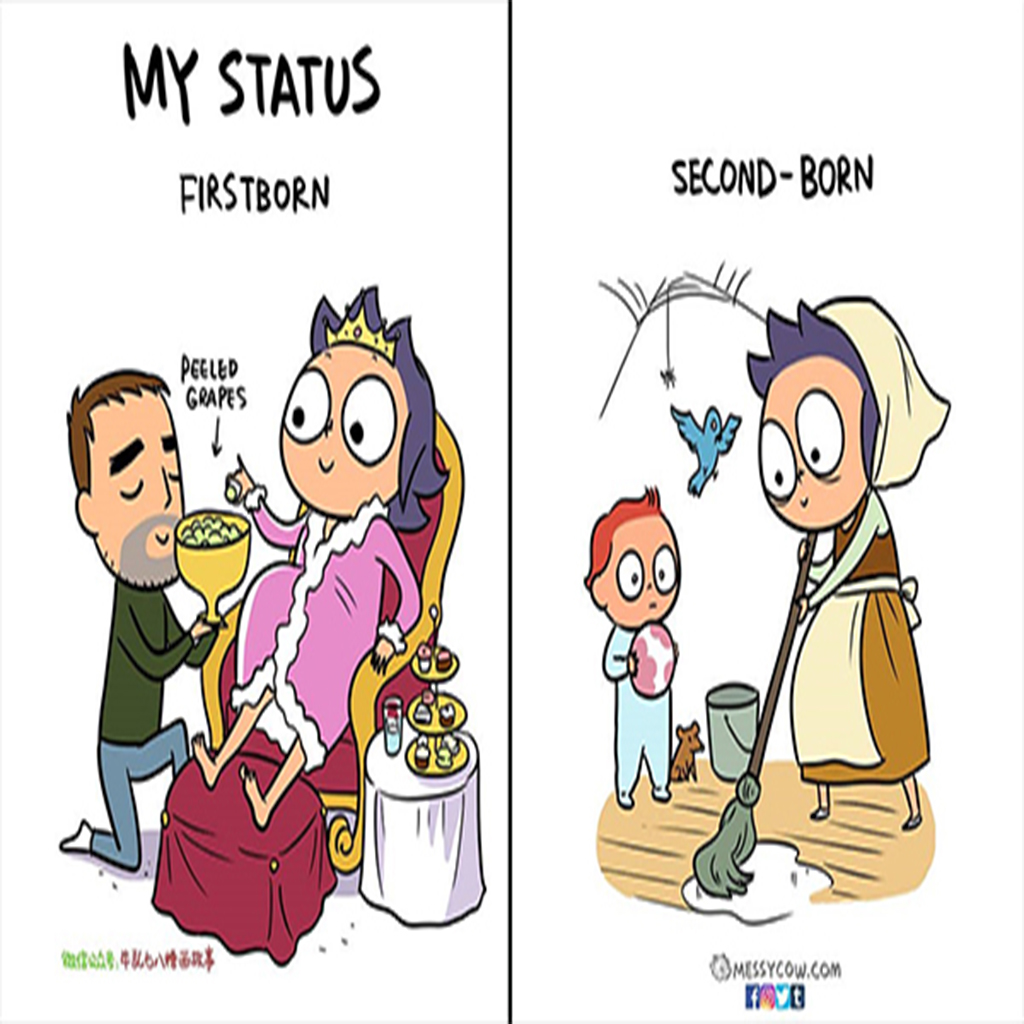 Being pregnant for the first time is a wonderful experience for both you and your husband. You will be pampered and cared for in ways you have never experienced before.

However, after the second time, you may find yourself doing practically all of the household chores by yourself. 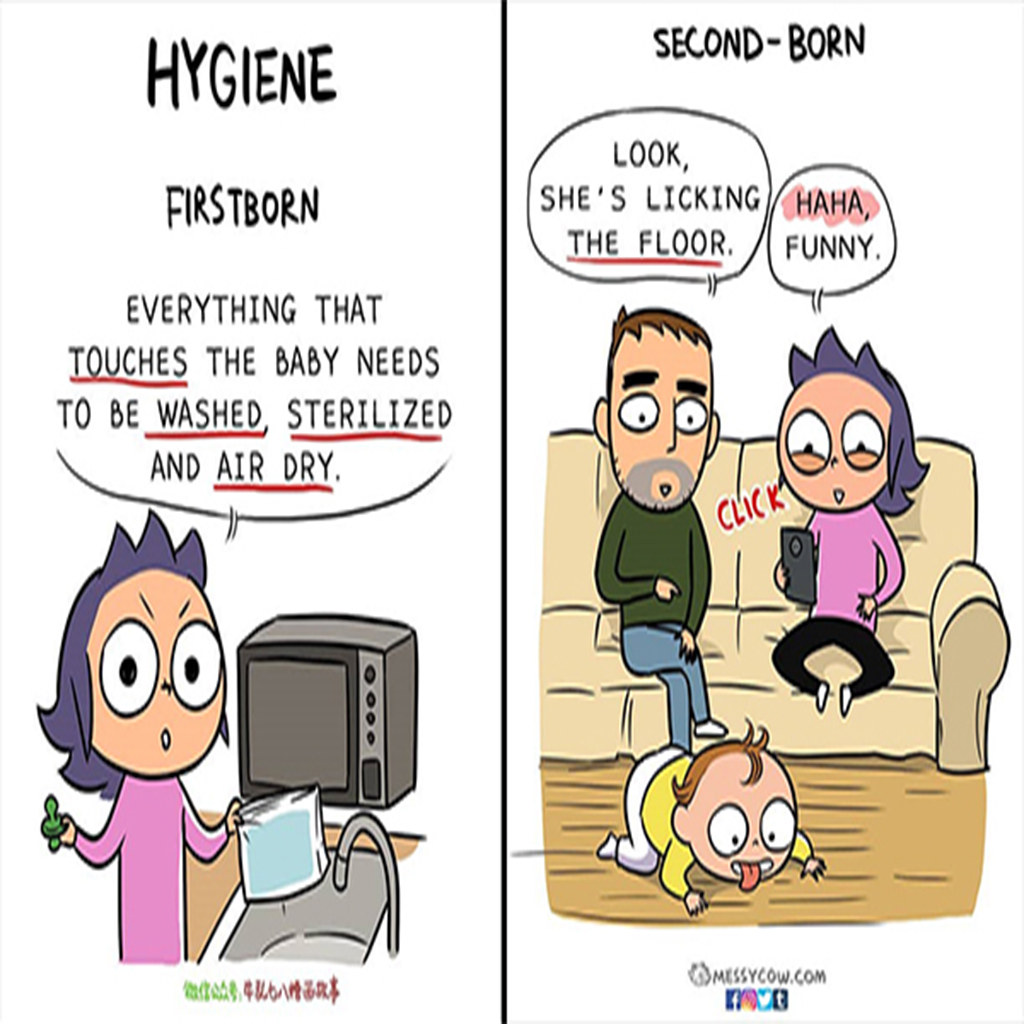 When it comes to your firstborn’s hygiene, you might follow a rigid procedure, doubling up on the cleaning of spaces where your child spends time.

But, with your second child around, you might take it easy and lay back. 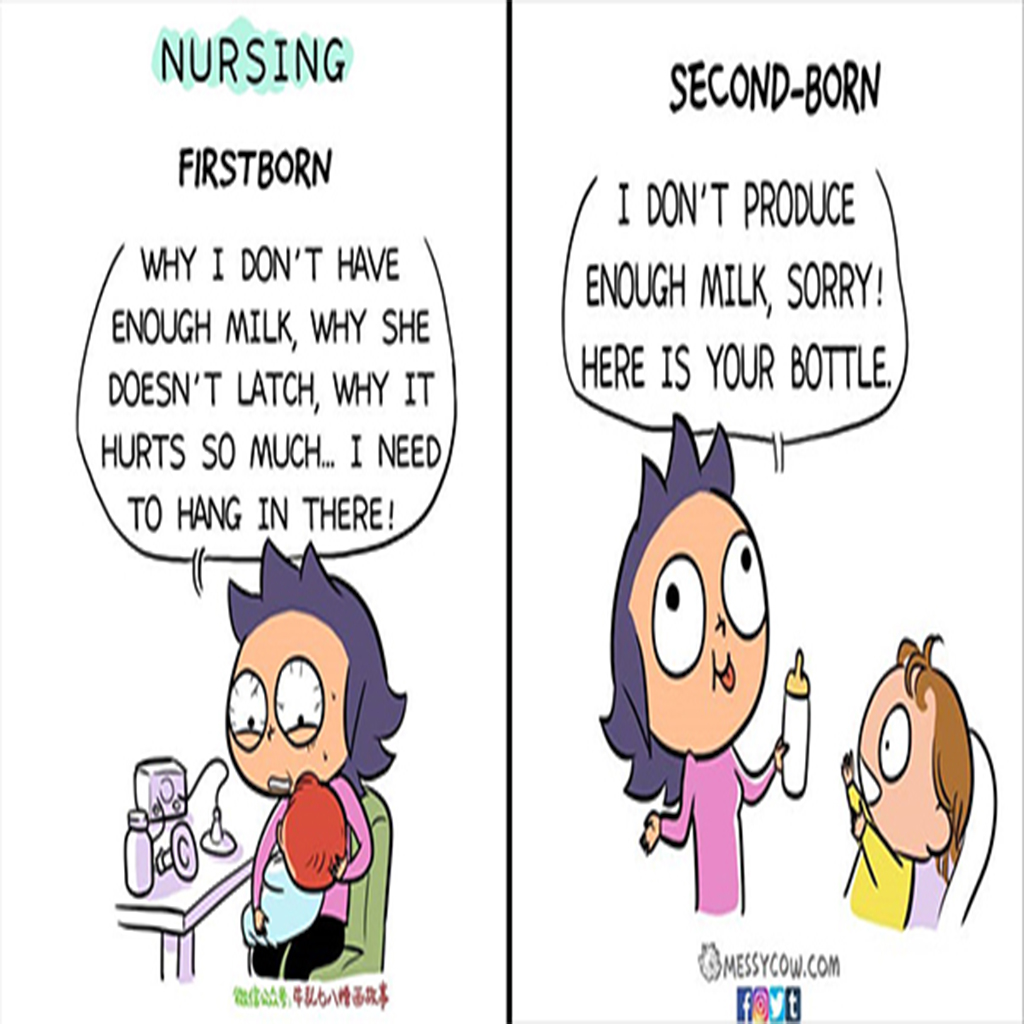 When you’re a first-time mother, you’re worried about breastfeeding, latching, and making enough milk for your child.

However, with the arrival of the second child, you know what’s coming and might give in to formula milk earlier than usual. 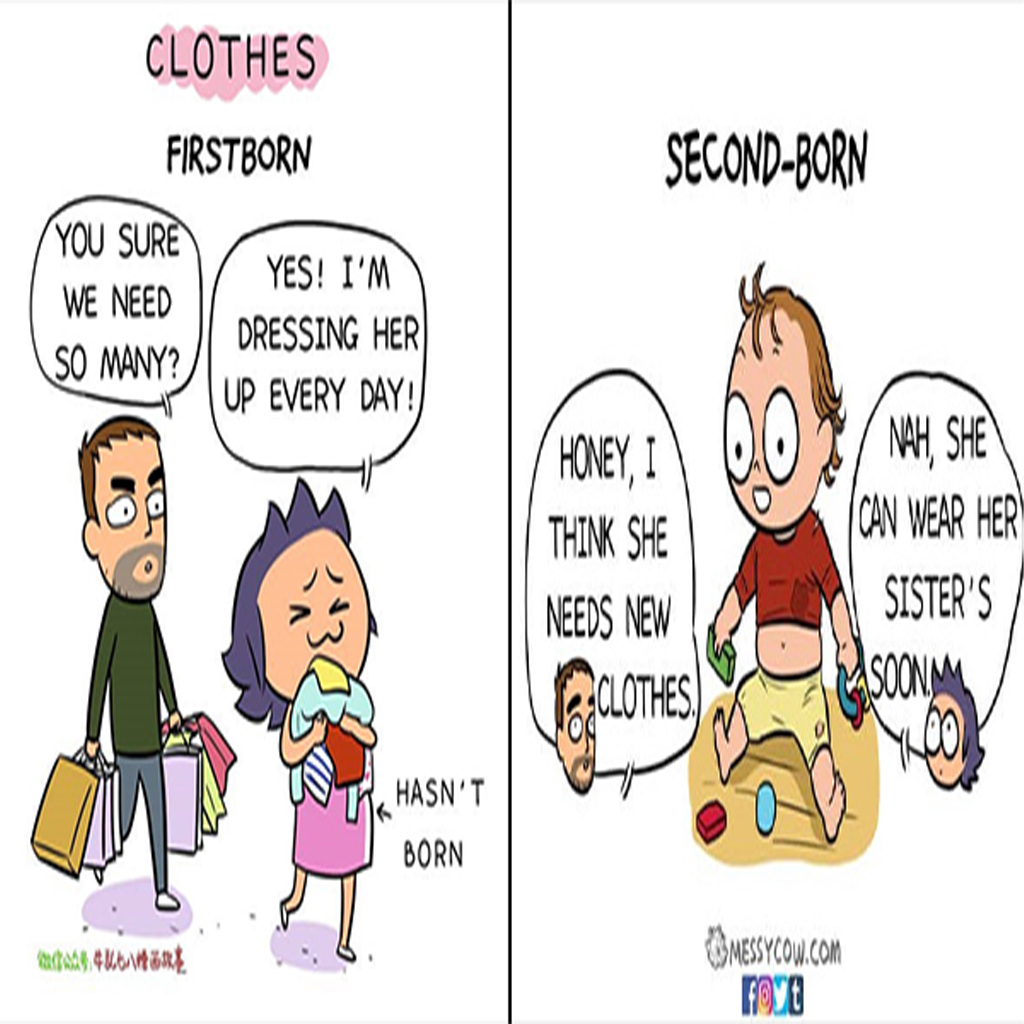 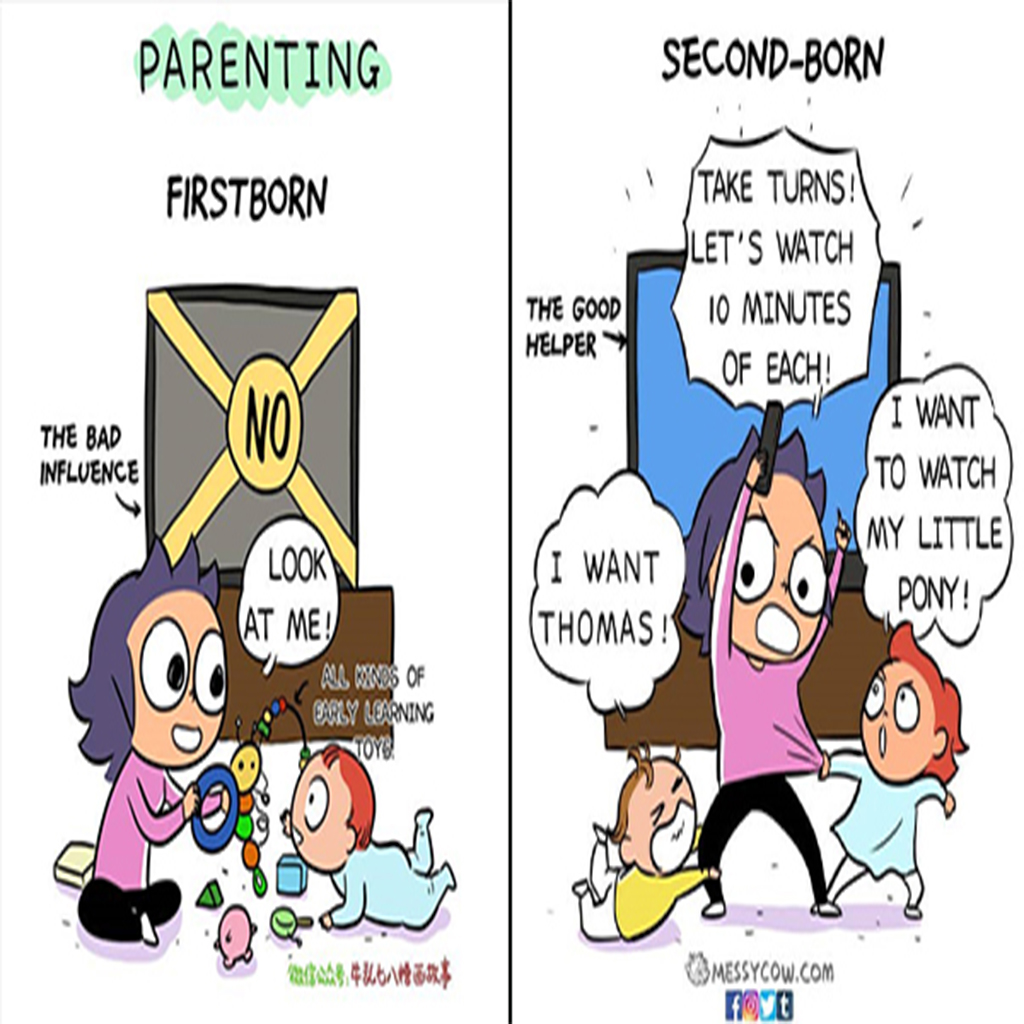 Being a parent for the first time, you might try everything to avoid TV’s bad influence on him/her. But, with the second child, TV becomes the savior that helps you get him/her off your back for some time. 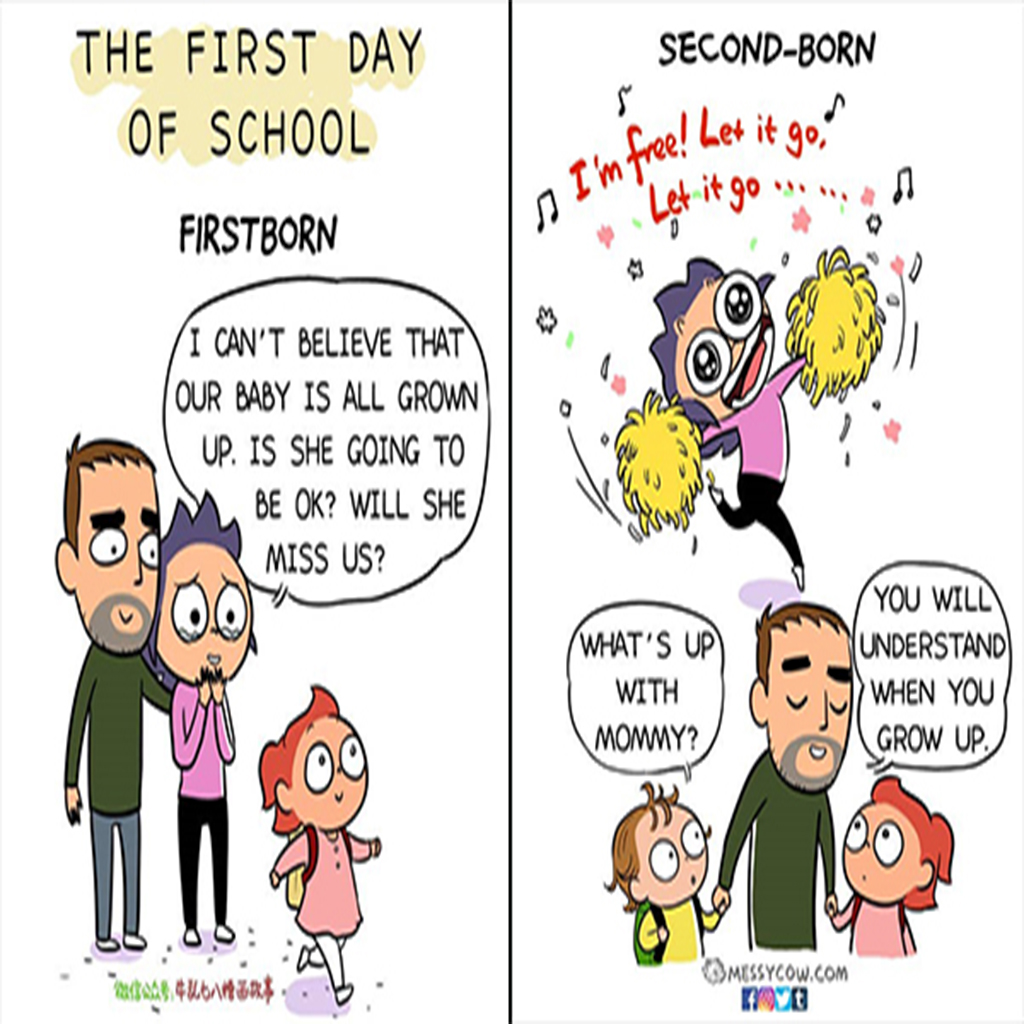 Watching your first child go to school for the first time might make you tear up with the thought of him/her stepping out alone into an alien world. But, with the second child, you might actually be relieved to see him/her off so you can have a few worry-free hours for yourself.