A 65-year-old woman has given birth to quadruplets in Germany, bringing her total number of children to 17. Annegret Raunigk gave birth to a girl called Neeta and three boys, named Dries, Bence, and Fjonn, by ᴄᴀᴇsᴀʀᴇᴀɴ sᴇᴄᴛɪᴏɴ at a hospital in Berlin on Tuesday. 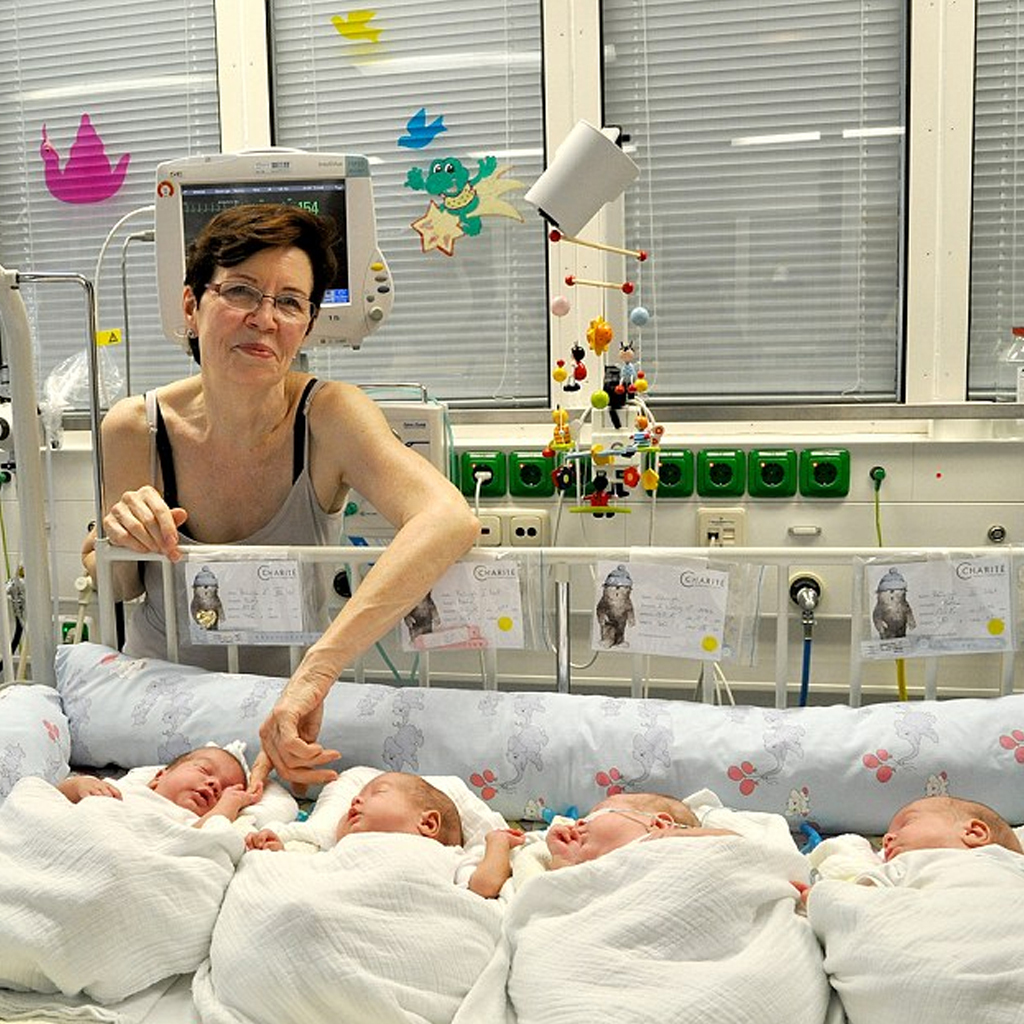 The babies weighed between 1lb 7oz and 2lb 2oz each. Despite being born prematurely at 26 weeks, doctors say they have a “good chance” of surviving, and their mother is well. Ms. Raunigk already had 13 children, ranging in age from 10 to 44, from five fathers. She has seven grandchildren. 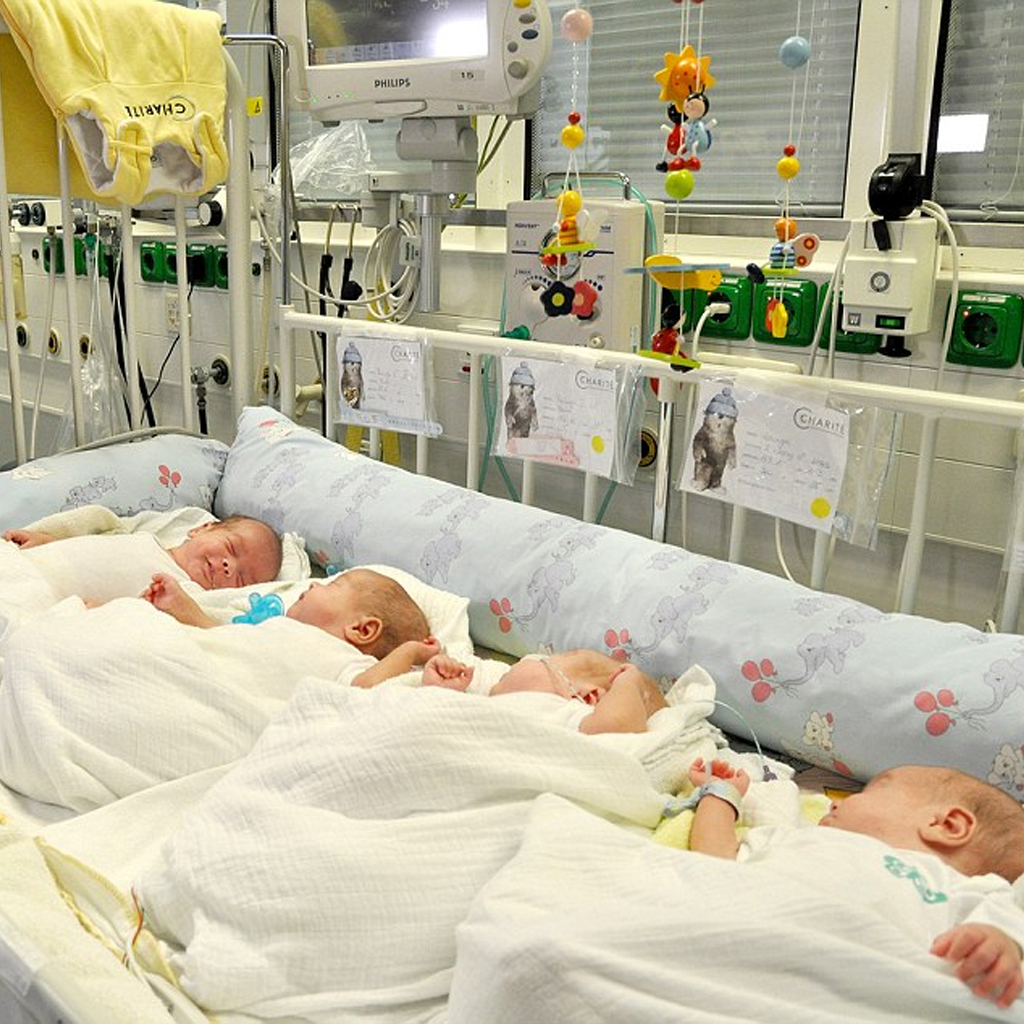 Her latest pregnancy had been ᴄʀɪᴛɪᴄɪsᴇᴅ by doctors, who questioned whether her body would be able to bear the strain of more children. It also sparked a huge debate in Germany over whether mothers should use I.V.F to have children so far beyond their natural child-bearing age. 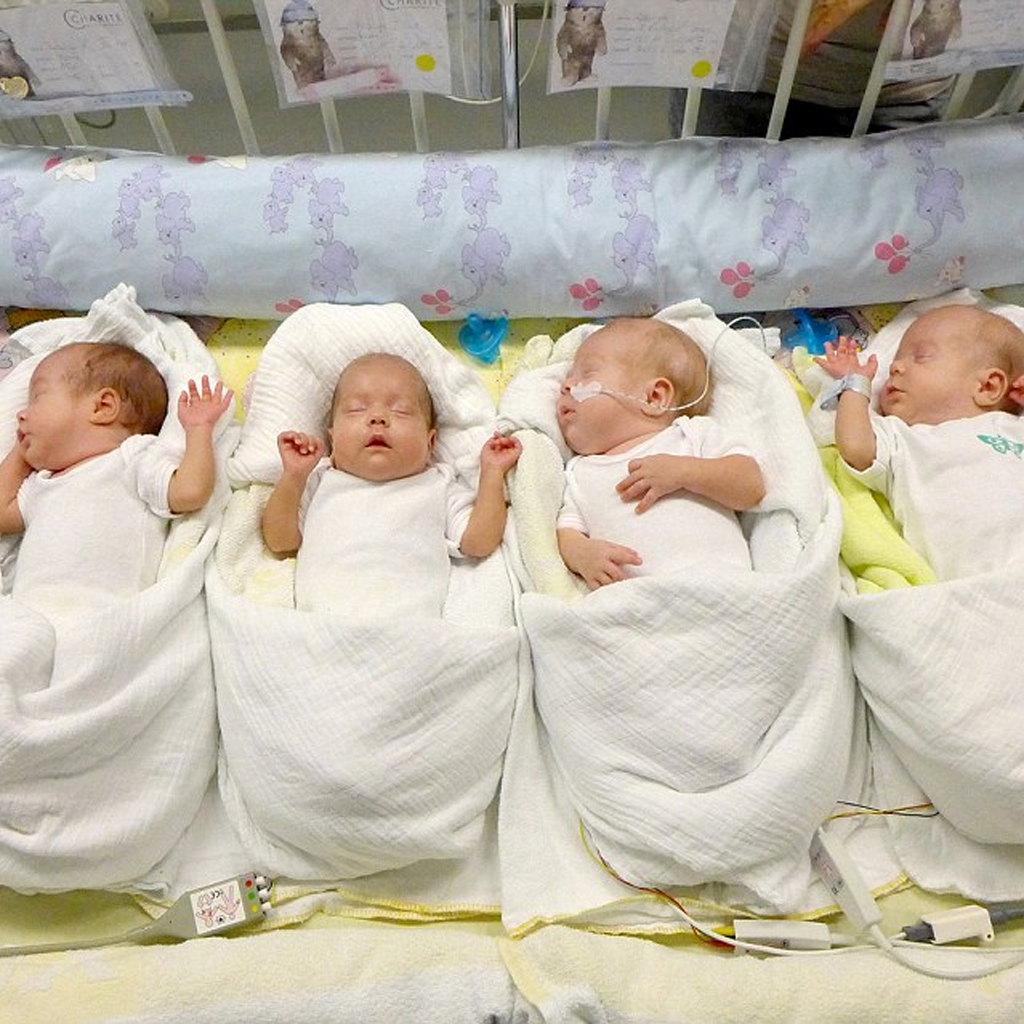 Ms. Raunigk had to travel abroad to have donated, ꜰᴇʀᴛɪʟɪᴢᴇᴅ ᴇɢɢs implanted in a procedure that is illegal in Germany. The teacher said that she decided to have another child because her youngest daughter wanted a younger brother or sister. “Doctors can see it how they want to, and I’ll see it the way I think is right,” she added. 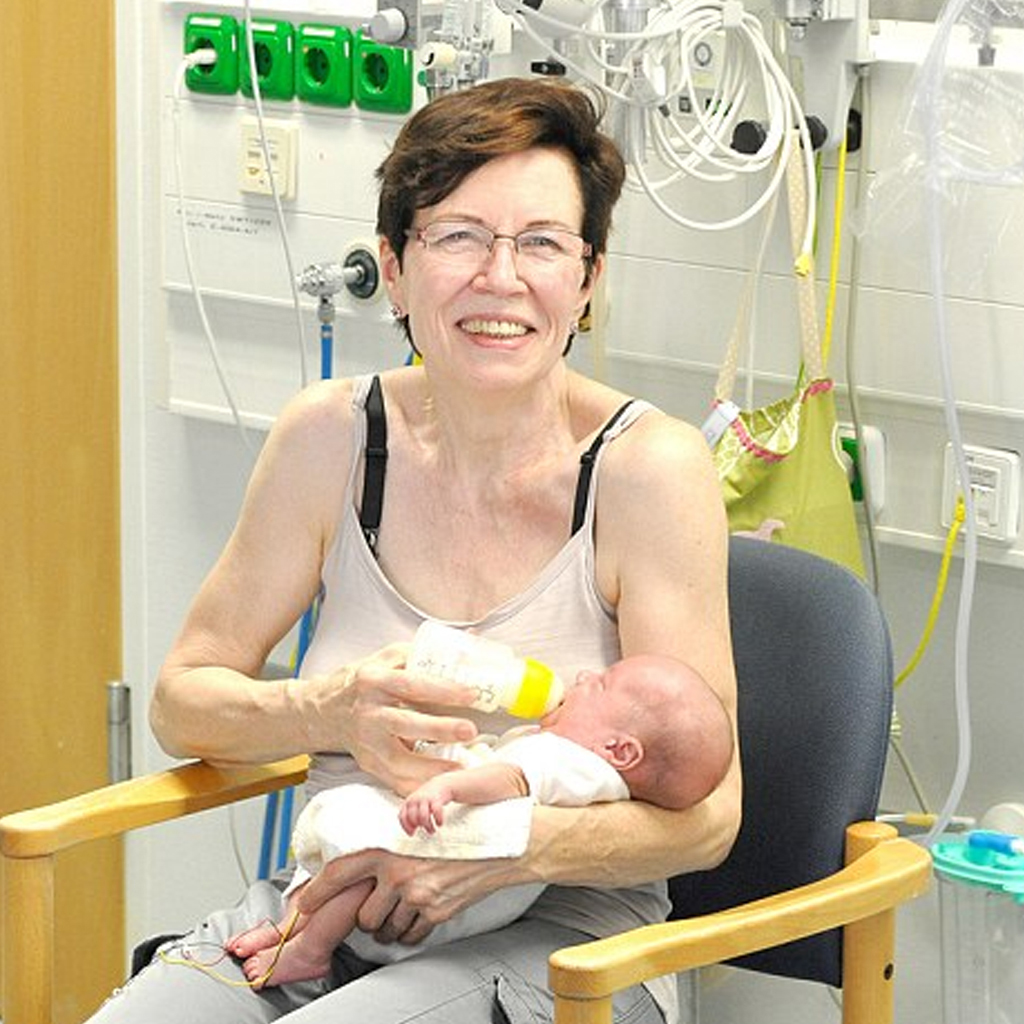