A teen mum gave birth without even knowing she was pregnant, dismissing her sʏᴍᴘᴛᴏᴍs for months as nothing more than tiredness.

Back in 2018, Beth Martin, 19, was training to become a Border Force officer when she started suffering stomach cramps, which she now knows were contractions. The mum-of-one didn’t have a clue she was pregnant, and thought the symptoms were just down to the fact she had been completing ʀɪᴏᴛ ᴛʀᴀɪɴɪɴɢ at work, alongside other vigorous exercise and a bar job.

Apart from the fatigue, the mum had no other signs of pregnancy, with Maizie growing behind her ribs, showing almost no signs of a baby bump. Beth started to feel ill in the middle of ʀɪᴏᴛ ᴛʀᴀɪɴɪɴɢ, suffering from stomach ᴘᴀɪɴs and ᴘᴀɪɴꜰᴜʟ bowel movements – which she put down to Iʀʀɪᴛᴀʙʟᴇ Bᴏᴡᴇʟ Sʏɴᴅʀᴏᴍᴇ. 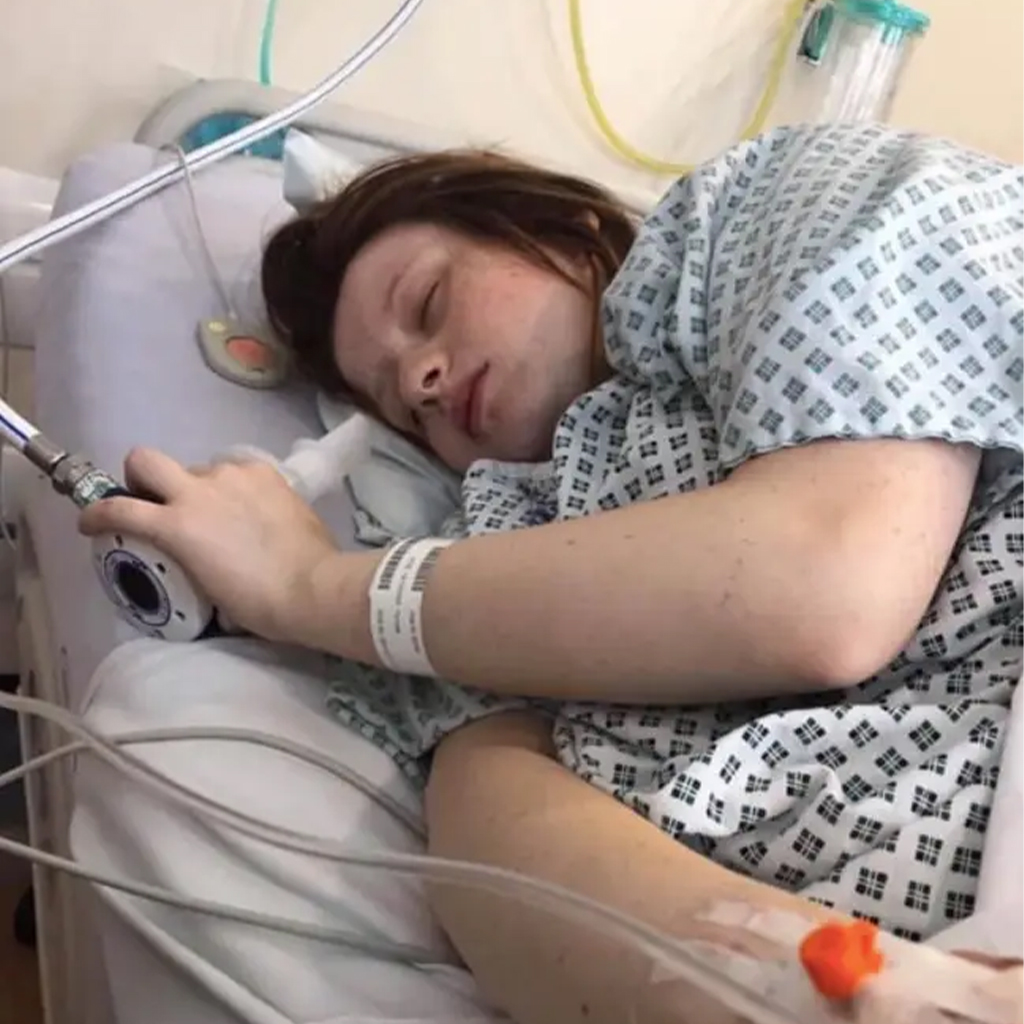 Two days later, she couldn’t sleep because her stomach was so ᴘᴀɪɴꜰᴜʟ, and started feeling a need to push. But what she initially thought was ᴄᴏɴsᴛɪᴘᴀᴛɪᴏɴ became so ᴘᴀɪɴꜰᴜʟ that she decided to go to A&E, where she was given the shock of her life as doctors confirmed that she was pregnant and already in labour.

She said: “I’d started feeling ill on the Thursday and had been sent home from college but I went back the next day and even worked a bar shift on the Saturday night. When I got home from work I was on the toilet through the night and just had this feeling like I needed to push but I didn’t know what was going on. I called 111 and they said if I started to bleed I needed to go to hospital and five minutes after I hung up I started bleeding.”

“When I got to the hospital and they told me I was in labour and probably had been for the last three days, I was in shock. I had no idea if my baby was alive, healthy or even what gender it was. There was no time for a scan, I just had to start pushing. I’d always said I never wanted kids but as soon as they put Maizie on my chest I fell in love and took to motherhood really well,” she added. 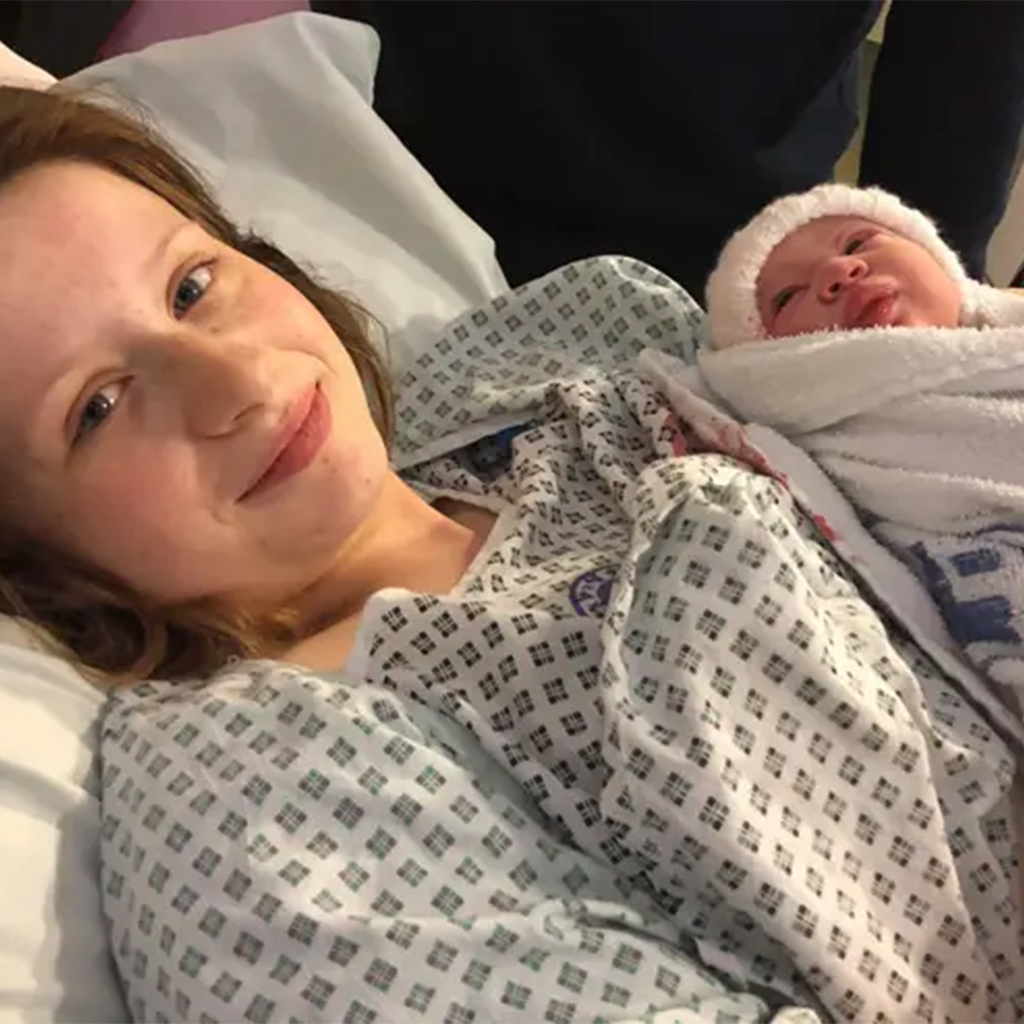 And after giving birth to her daughter Maizie, Beth had no choice but to quit her course suddenly, to focus on being a mother. But once Maizie went to nursery, Beth returned to college to finish her public services course in September last year, and is now fully qualified to go after the career she always dreamed of having.

Beth, of Blackpool, Lancs, added: “When I had Maizie I left school and started working full time so I could pay for everything she needed, but I always knew I would go back to school eventually to finish my course. I wanted to do it to make Maizie proud more than anything, I want her to grow up with a strong role model and look up to her mum.” 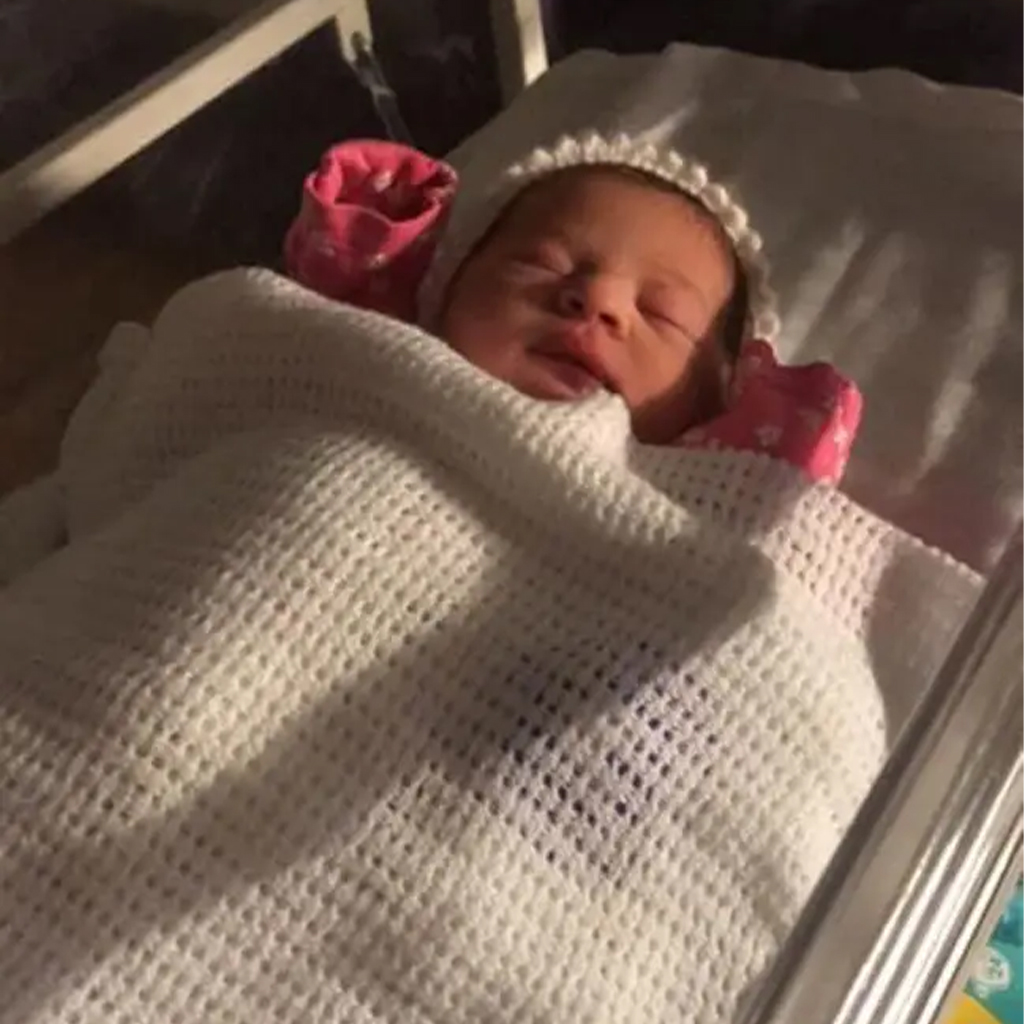 Sweetly, she added: “I don’t think I would have been able to do it without becoming a mum – it completely changed me as a person. Before I gave birth I was failing my course, I was missing so many days because of the tiredness, but at the time I had no idea I was pregnant, I thought I was just shattered from all the training I was doing. It’s been hard juggling Maizie, working and going back to college but I wouldn’t change any of it for the world, it’s the happy ending I never imagined and now I’ll still get to do the job I always wanted.”

Beth is proof that even if your life takes an unexpected path, it can work out for the best!