Although many women who desire a large family would now choose adoption or surrogacy, there are some who insist on natural conception. Britni Church, from Kansas, is one of those few. She has always wanted a large family, and this dream has come true. At the age of 32, she is the mother of 12 children.

Britni adores her children and doesn’t care at all what other people think or say about her. 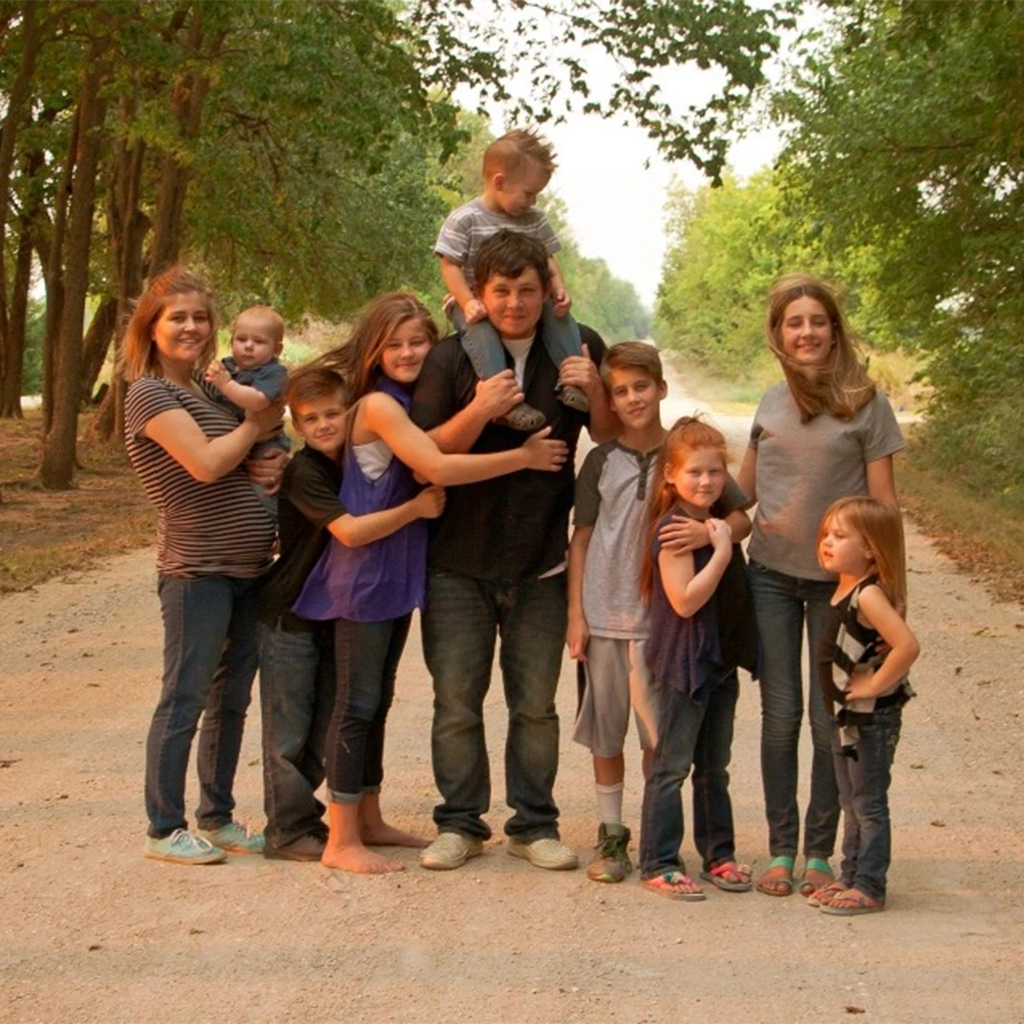 She was very young when she first became a mother. She gave birth to her first child, a boy named Crizman, in 2004 at the age of 16, just days after marrying the child’s father. They wanted to expand the family further. Britni originally planned for four children, but in the end, five were born. After Crizman came Jordan, then Caleb, Jace and Cadence. 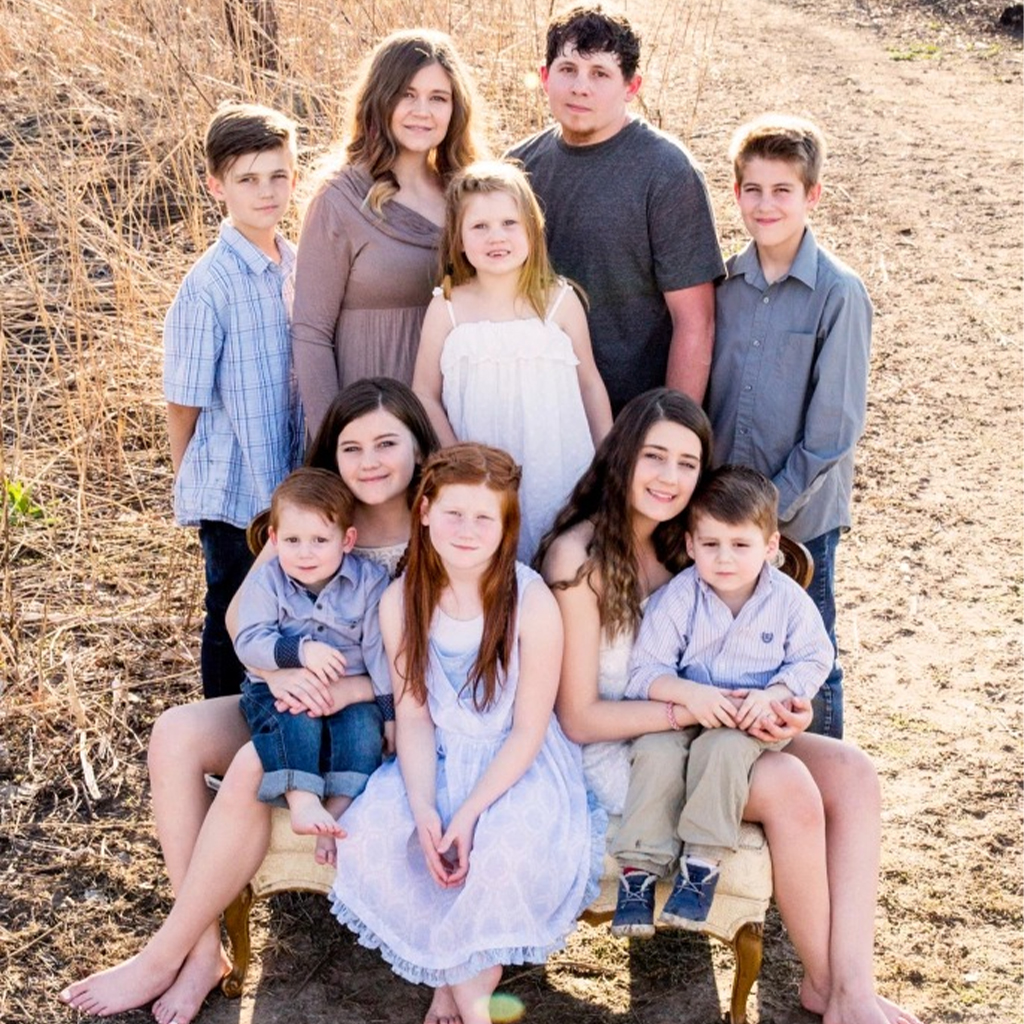 However, she divorced her husband in 2010 and led a party lifestyle for a while. During this period, she became pregnant by another man with whom she had no serious relationship, and at first she was ashamed of it. But her sense of shame disappeared immediately when she gave birth to her sixth child in 2012. Jesalyn was an adorable baby and Britni proudly took on the role of single mom for 3 years. 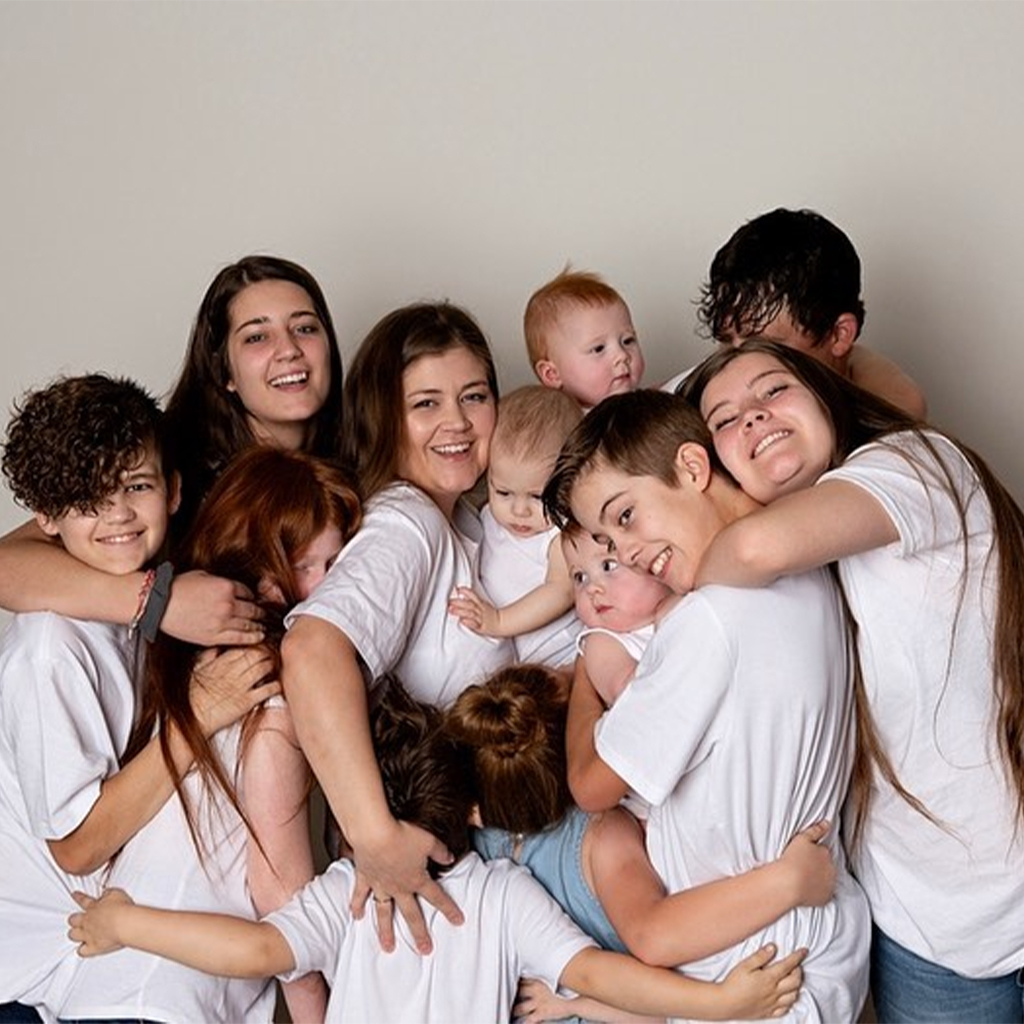 However, in 2014, her life took another turn when she met Chris. They got married and had their first child together, Silas, in 2015, followed by another son, Christopher, the following year.

The couple then took a break, and in 2018, Britni became pregnant again, and in 2019, they had triplets: Oliver, Asher and Abel. The mother claims that having so many children is nothing out of the ordinary for her: “I don’t feel like I have many children, it’s completely normal for me,” she said. 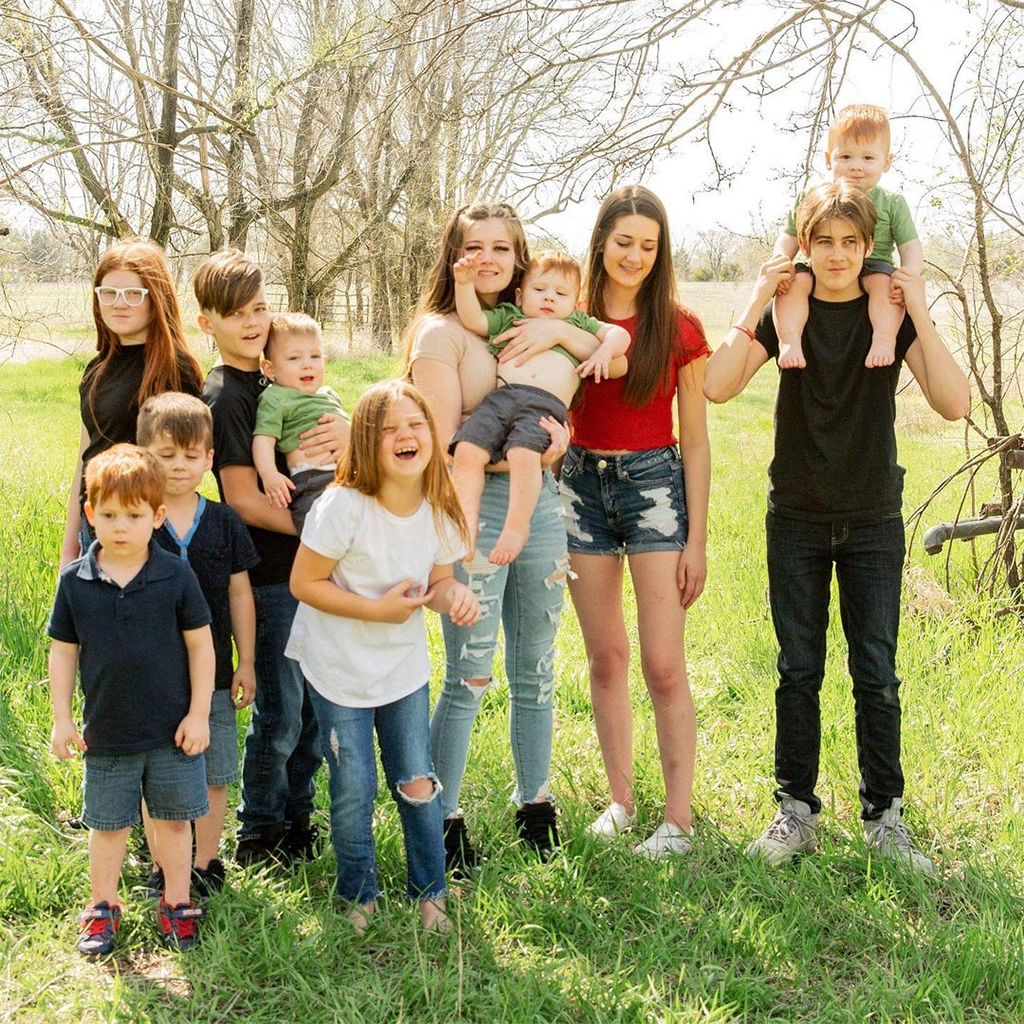 But of course, a large family is also a big challenge. Fortunately, Britni has her husband, Chris, who supports her in everything and raises her children from her first marriage with the same love as his own.

In 2020, with 11 children, they spent $300 a week on groceries – including hundreds of diapers, 5 boxes of cereal and 66 cartons of milk. At the same time, the couple also shares the housework: Britni often does 12 loads of laundry a day, and her husband takes the children to school in the morning in their 15-seater Ford Transit.

It’s no surprise that the family attracts the attention of strangers, but they’re used to being stared at, and Britni says she’s not at all swayed by other people’s opinions. 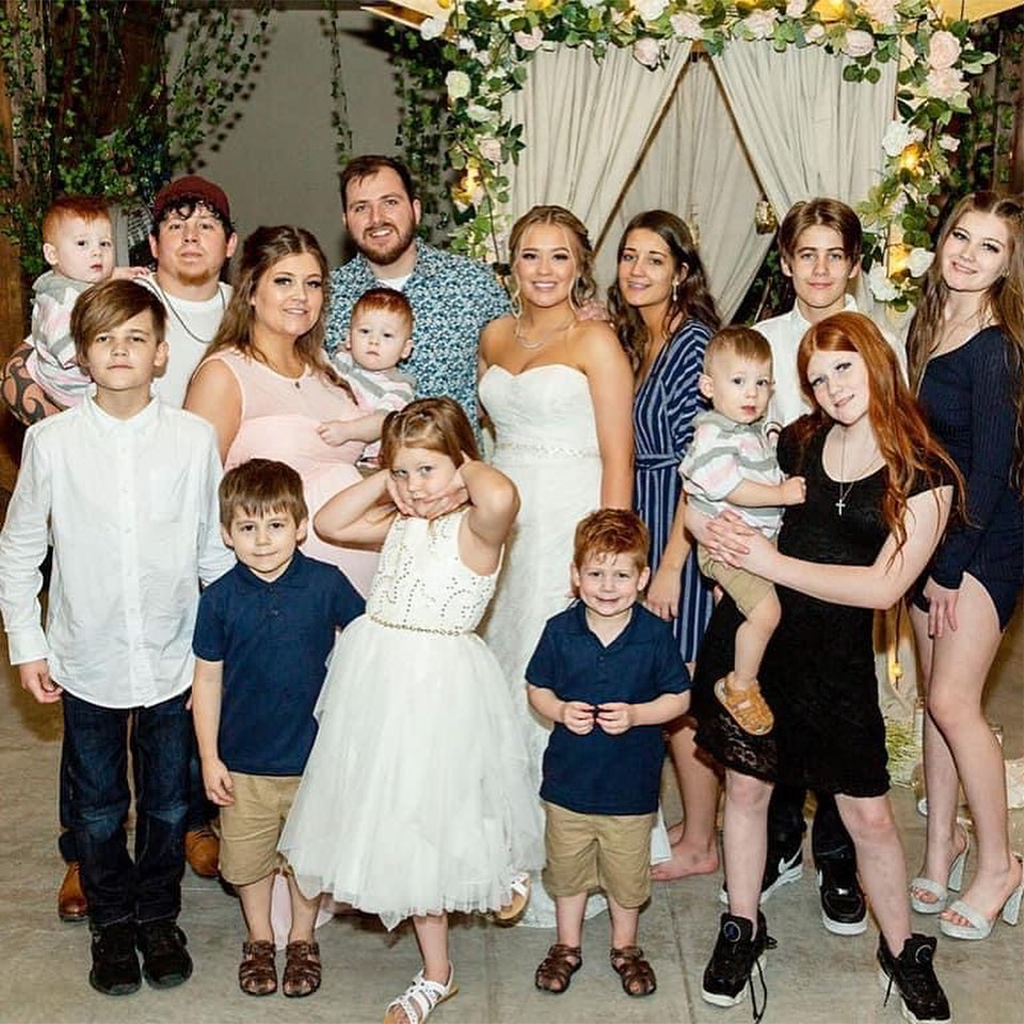 A few months after making this statement, Britni became pregnant again. The mother, who takes to social media to keep up with the day-to-day life of her large family, shocked her fans with the news, and while many congratulated her, some condemned her for having children from several different fathers.

However, Britni was not embarrassed and responded to the criticism with: “Twelve children, three fathers. But if I had twelve fathers, it wouldn’t mean that I would be less blessed.” 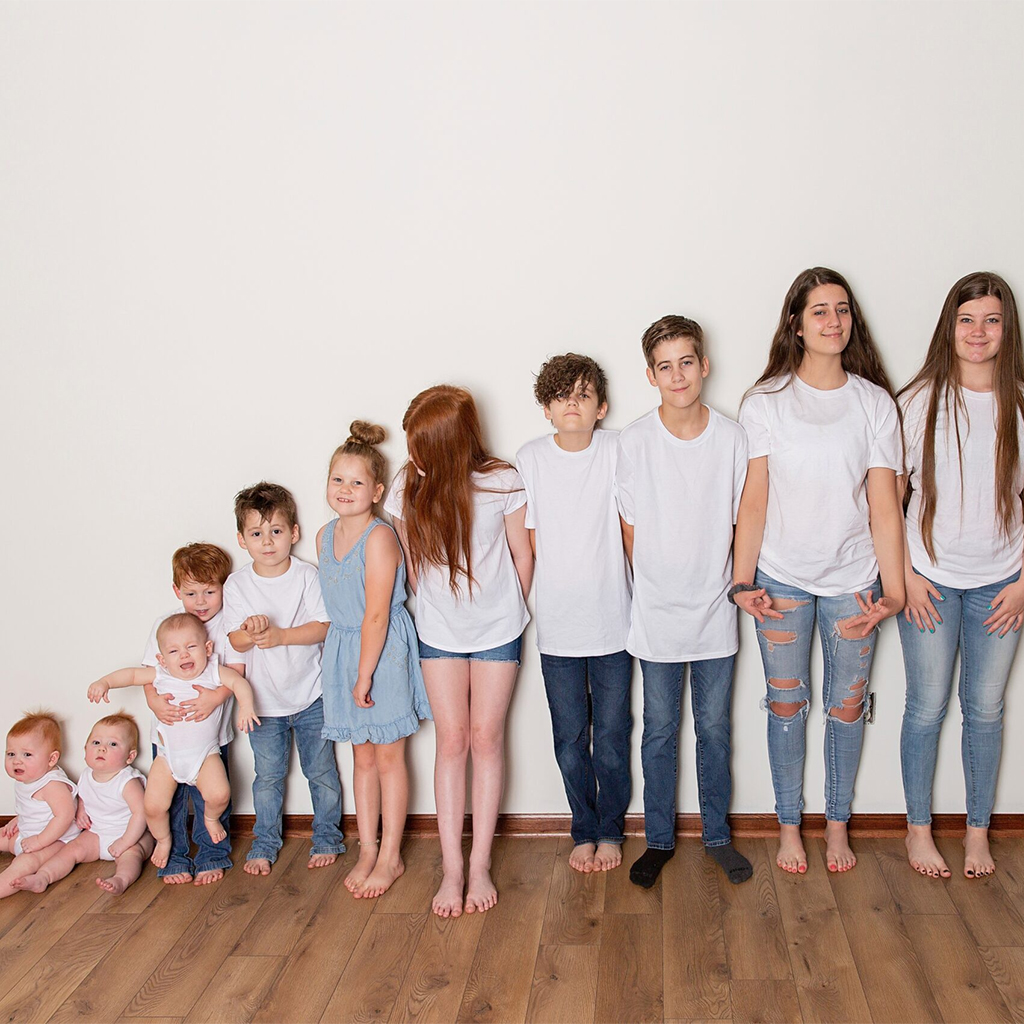 She also emphasized what a devoted father her second husband is, who never differentiates between his own children and Britni’s other children.

Britni’s twelfth child, Rowyn, was born in 2021, and she continues to throw herself into motherhood with the same energy and enthusiasm as she did at the very beginning. In one of her most recent TikTok videos, the mother said that she had been pregnant for a total of 350 weeks, i.e., 7 years and 4 months, during her life so far – and she is only just over 30 years old. 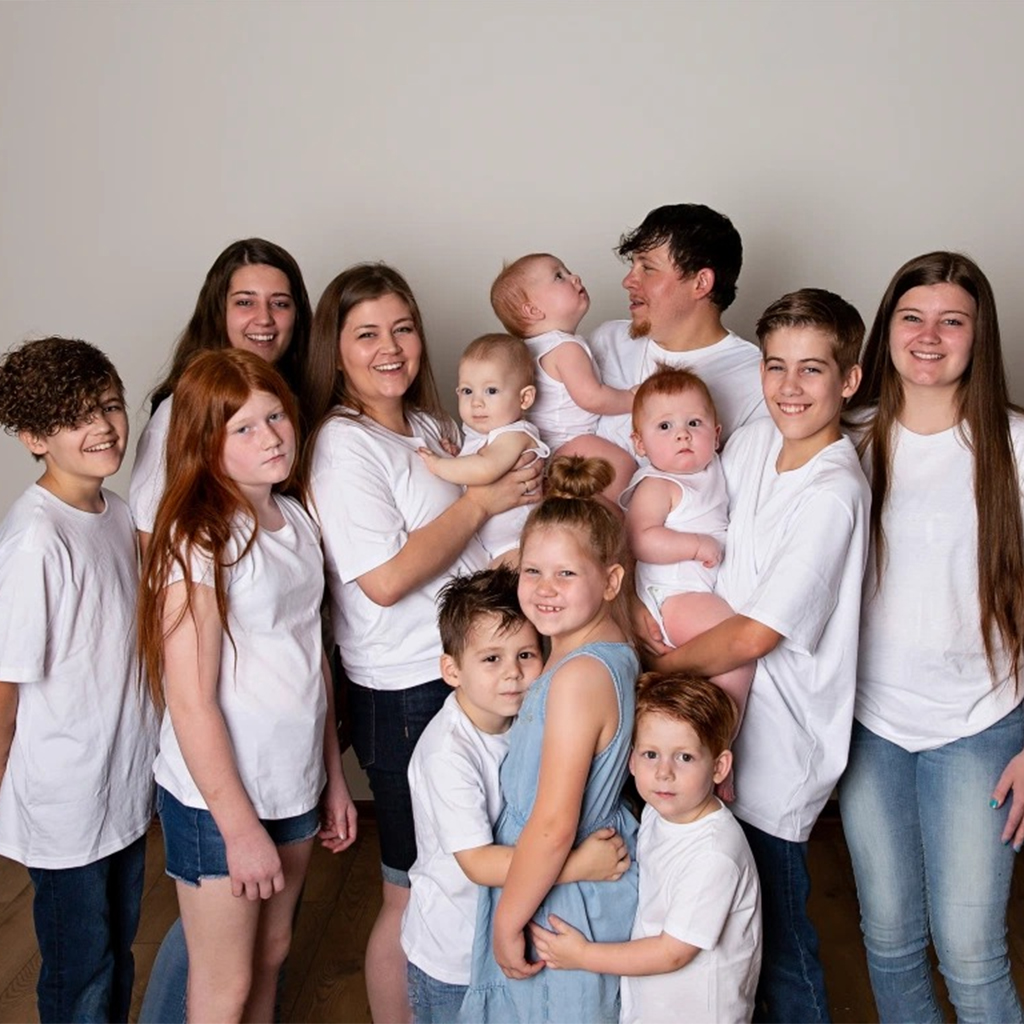 Britni also revealed that she doesn’t particularly enjoy pregnancy, but of course she adores her children. For now, she wants to take a break from having children and enjoy every moment together with her family.