New York-based beautician Kimberly Alarcon, 37, and her husband, John, 43, have become the parents of ten children after Kimberly gave birth to twins three times in a row. According to doctors, the probability of this happening is 1 in 200,000. Kimberly herself admitted that she was scared when she found out that she was expecting twins for the third time.

“I was worried about what people were going to say about having room for so many kids and if we could even afford more kids,” Kimberly said. “Everything went through my head, but my husband is much calmer, the first thing he said was: Let’s pray. He then added that everything will be fine and that these children are true blessings,” the woman explained. 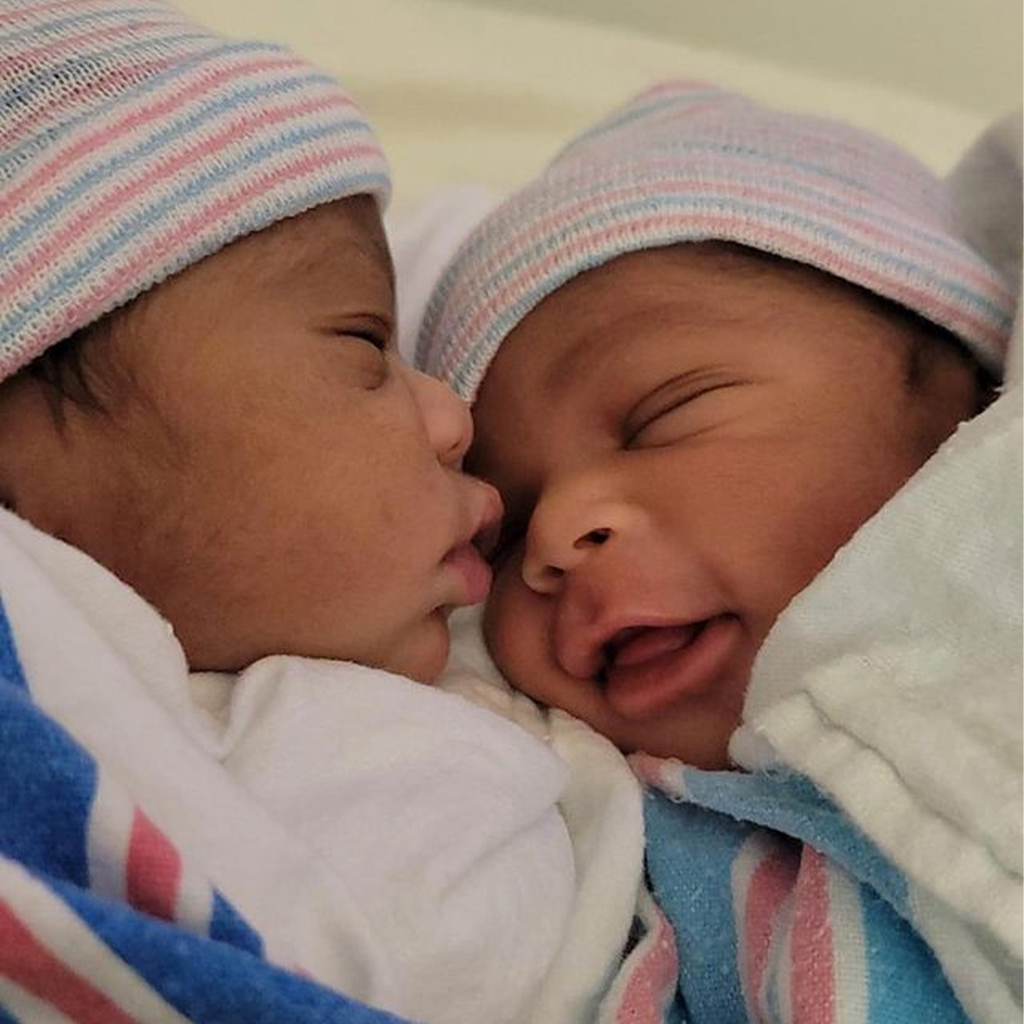 John and Kimberly are now raising ten children: their oldest daughter Brittney is 17 years old, Sarah is 13, Hunter is 10, Zoey and Zachary are 6 years old, Olivia and Oliver are 4 years old, and Kenzy and Kenzley are the youngest members of the family, they were born by caesarean section in 2022 on April 25. In addition, the Alarcones are raising their nephew, 3-year-old King.

The parents also talked on Instagram about how they originally had 3 babies, but unfortunately they lost the third, a boy, Kent, during the pregnancy. “God gives us what He knows we can handle, so we will love and remember Kent,” Kimberly wrote. 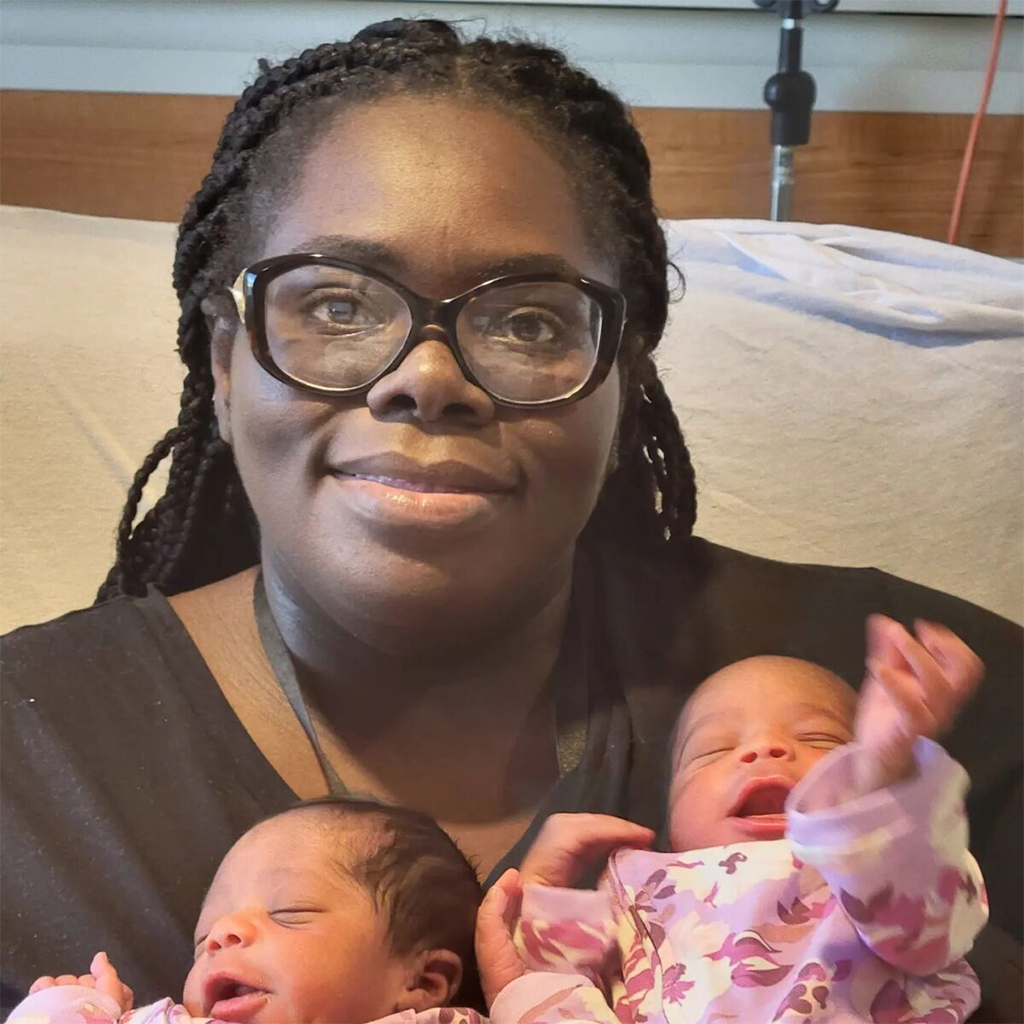 As for the newborn twins, the mother has already noticed the differences in their personalities: “Kenzy is more relaxed and calm, while Kenzley is very demanding and curious. He is just over a week old, but he is already very interested in his surroundings,” said the mother.

Kimberly comes from a large family herself, with 9 biological siblings and 8 adopted siblings, but her husband only has one sibling and has always wanted to have a large family.

According to Dr. Angela Silber, a physician at the Westchester Medical Center, it is almost unbelievable to conceive twins naturally three times in a row.

Kimberly said that three consecutive twin pregnancies were stressful, but definitely worth it. In fact, the woman had no idea how rare her case was until her story hit the papers. 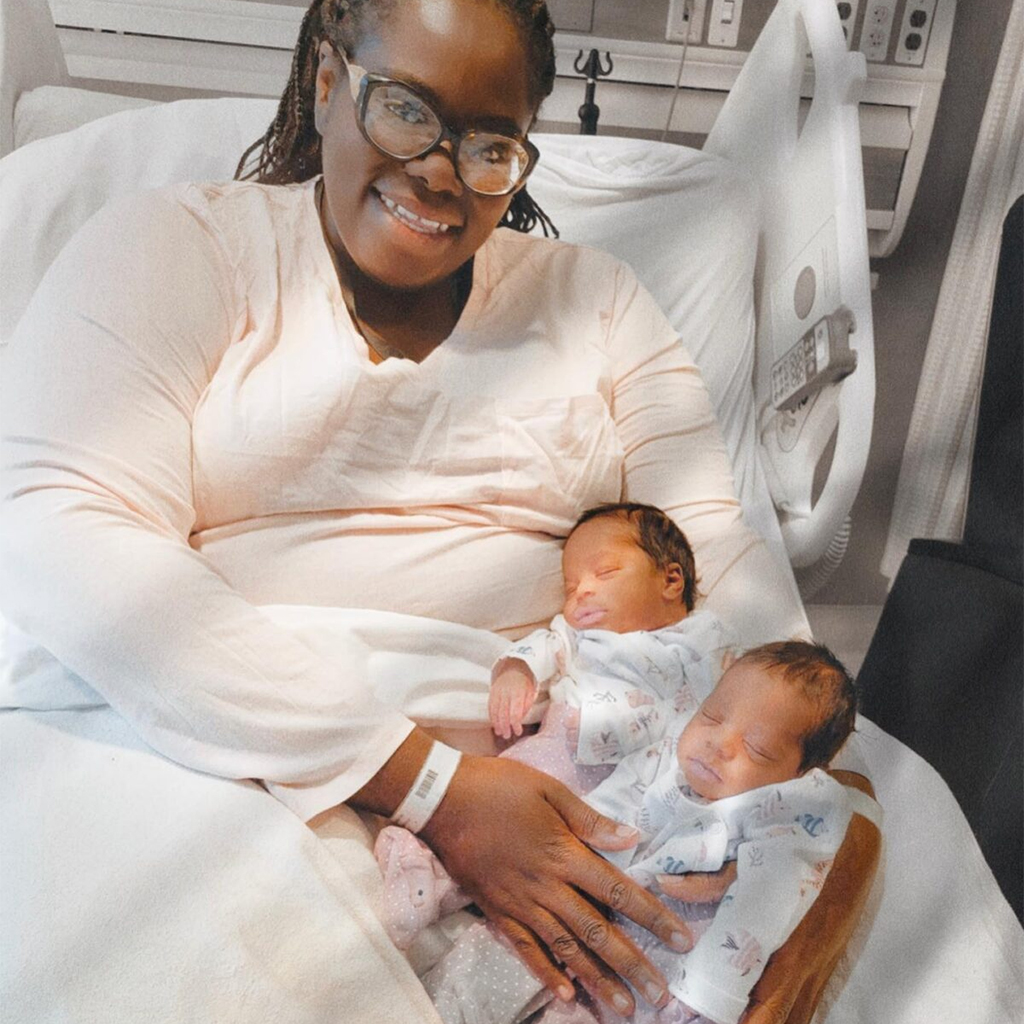 At the same time, public opinion was quite divided by the birth of the third set of twins, and they met with both positive and negative opinions. People often ask her how she can get by, and a recurring question is whether they have cable TV at home. However, the family doesn’t care about the negative opinions and only focuses on the positives.

Kimberly is completely occupied by the chaos of everyday life, because the life of the family is incredibly busy. In fact, the mother says that if there was too much calm, she would worry that something was wrong.

The mornings are already pretty chaotic, Hunter gets up at 5am and makes himself breakfast, his siblings wake up an hour later, then rush off to school, then Kimberly spends the morning with the three newborns. In the meantime, she cooks, cleans, takes care of various tasks, and in the meantime she also sells her handmade products on Instagram. After the children get home from school, she helps them with their homework. 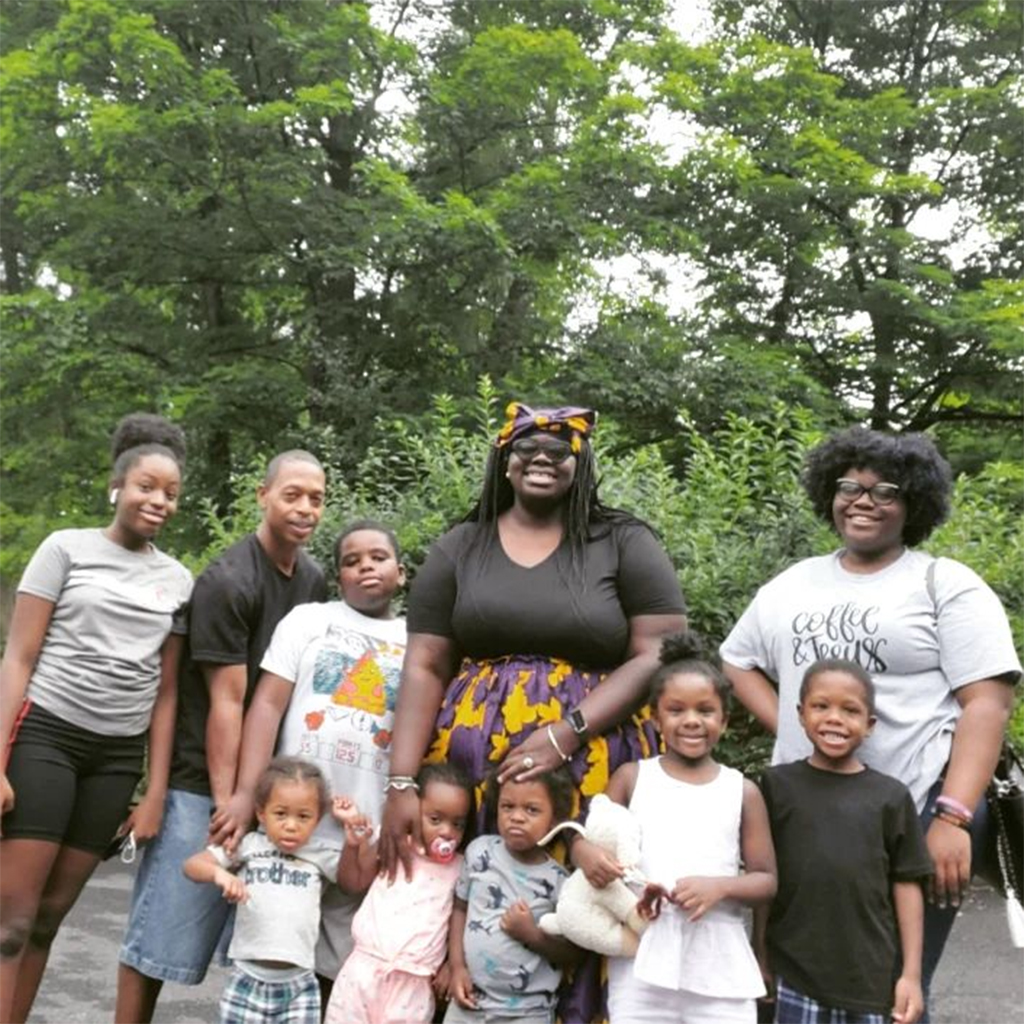 She always asks how their day was, they bake and cook together, then it’s time to take a bath, and by 8 p.m. everyone is ready for bed. According to the mother, the system usually works well, but sometimes things don’t go according to plan.

John can’t help much with the housework, as a detective who has been with the police force for 20 years now, he is usually very busy.

Of course, taking care of such a large family is not easy and there are always challenges, but Kimberly feels blessed and tries to live by the simple motto: “Pray and give yourself to God.”

“I’m just overwhelmed by the fact that I can be a mother. But being a mother of triplets is a special blessing and I am grateful for it. One of the best things about motherhood is when they hug you and tell you they love you – it’s the best reward and the best feeling,” said Kimberly.