Raising triplets is never easy, especially if it happens to you like Kerry Lyons, who was also the mother of two little ones – one and three years old – when she found out about her triple pregnancy.

With the Lyons triplets turning ten today, Kerry wanted to celebrate by sharing her experience on Today.com along with 10 tips for surviving raising identical triplets. 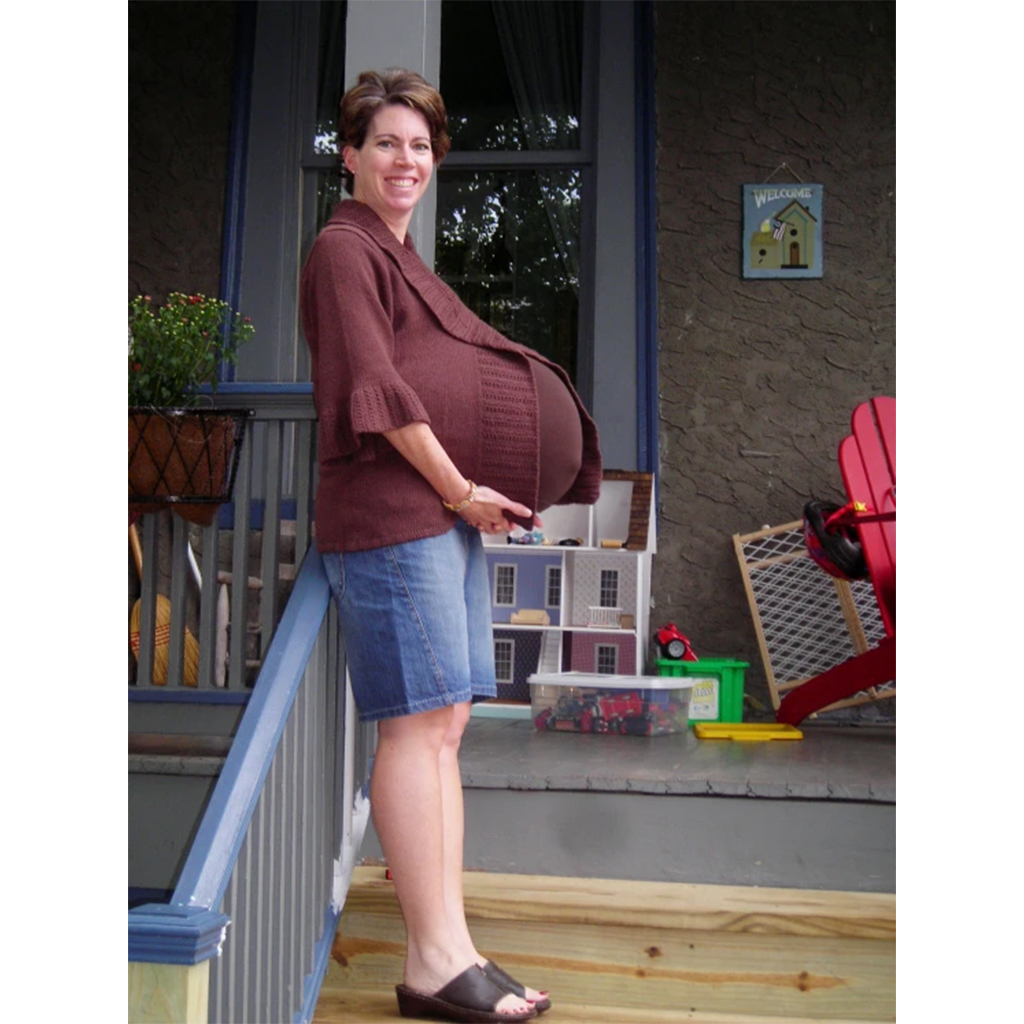 “Months later we found out we were expecting identical triplets. From that moment I began to hope and pray to have three healthy babies. Please God let them have 10 fingers, 10 toes, a working heart, seeing eyes, please make them okay. Fortunately they were born very healthy and did not spend a single day in Neonatology. And that’s how ten years have somehow passed. And our three little miracles – with a one in 100 million chance – are turning ten years old this year. So, in honor of this milestone, here are 10 tips for surviving the craze of raising identical triplets” 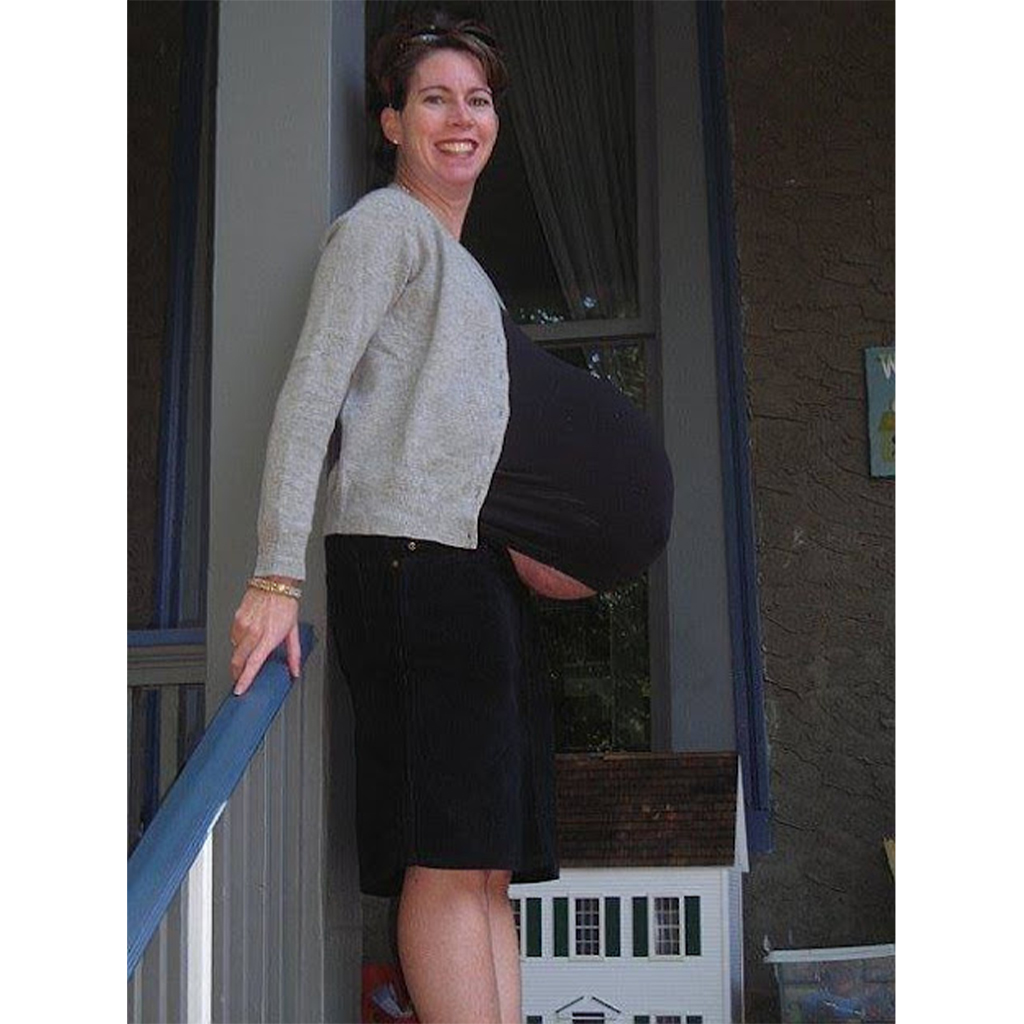 My first piece of advice is to emphasize their differences and dress the triplets in different clothes so you can tell them apart. From day one. We painted each baby’s big toenail – one red, one blue, one green – using the colorcoding system.

Sometimes they had a better pedicure than mine. But at least we always knew who was who, and we still do. Because although they seem very similar, they are actually completely different. Today they still wear red, blue and green jerseys. 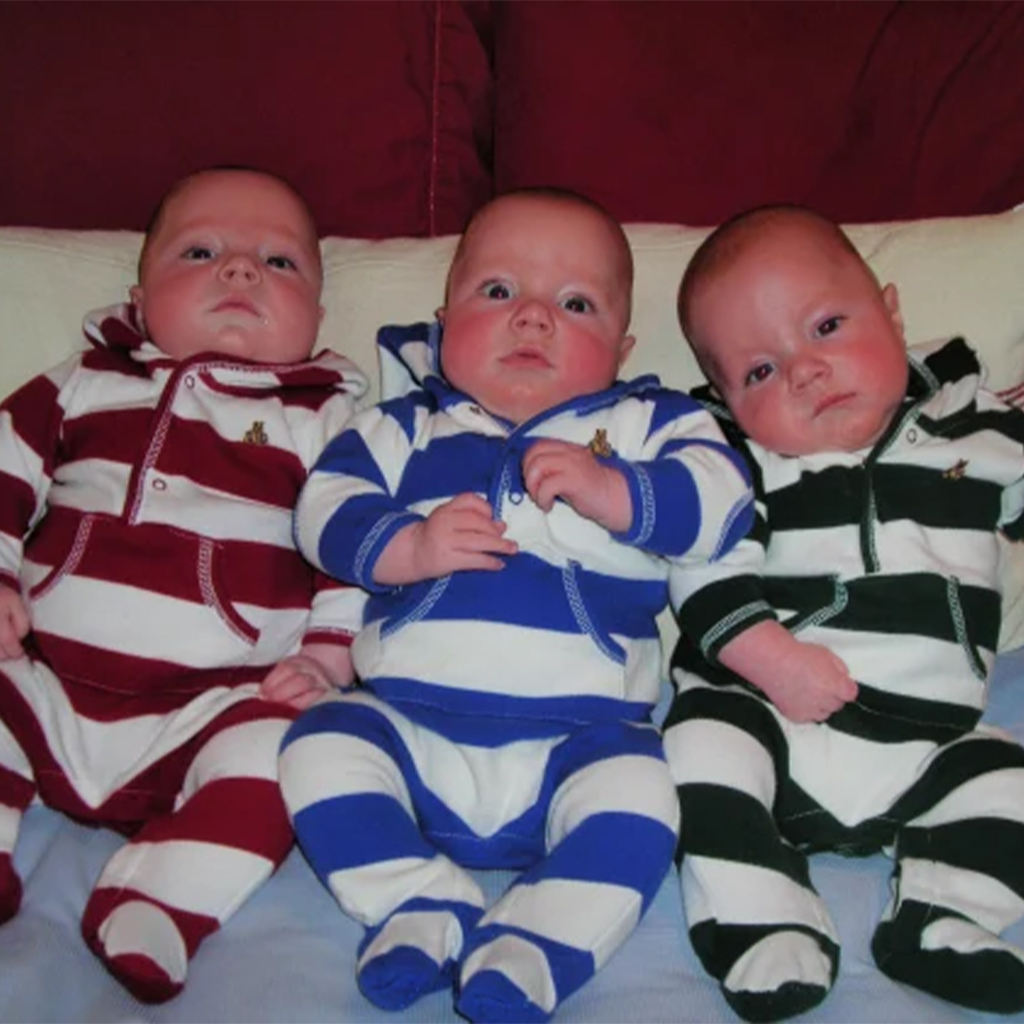 One, or three. I know it’s not a politically correct product these days, but believe me, they’re used for everything from throwing dirty diapers to serving as minivan trash cans. Yep. Now I drive a minivan. And if you have triplets, you’ll probably end up having one too.

People won’t stop telling you things like “Are they triplets?”, “Did you get pregnant in vitro?” or even “My God! Triplets! That has to be a nightmare.” At this you can always nod in a politically correct way or give a vague answer and walk away with a smile. 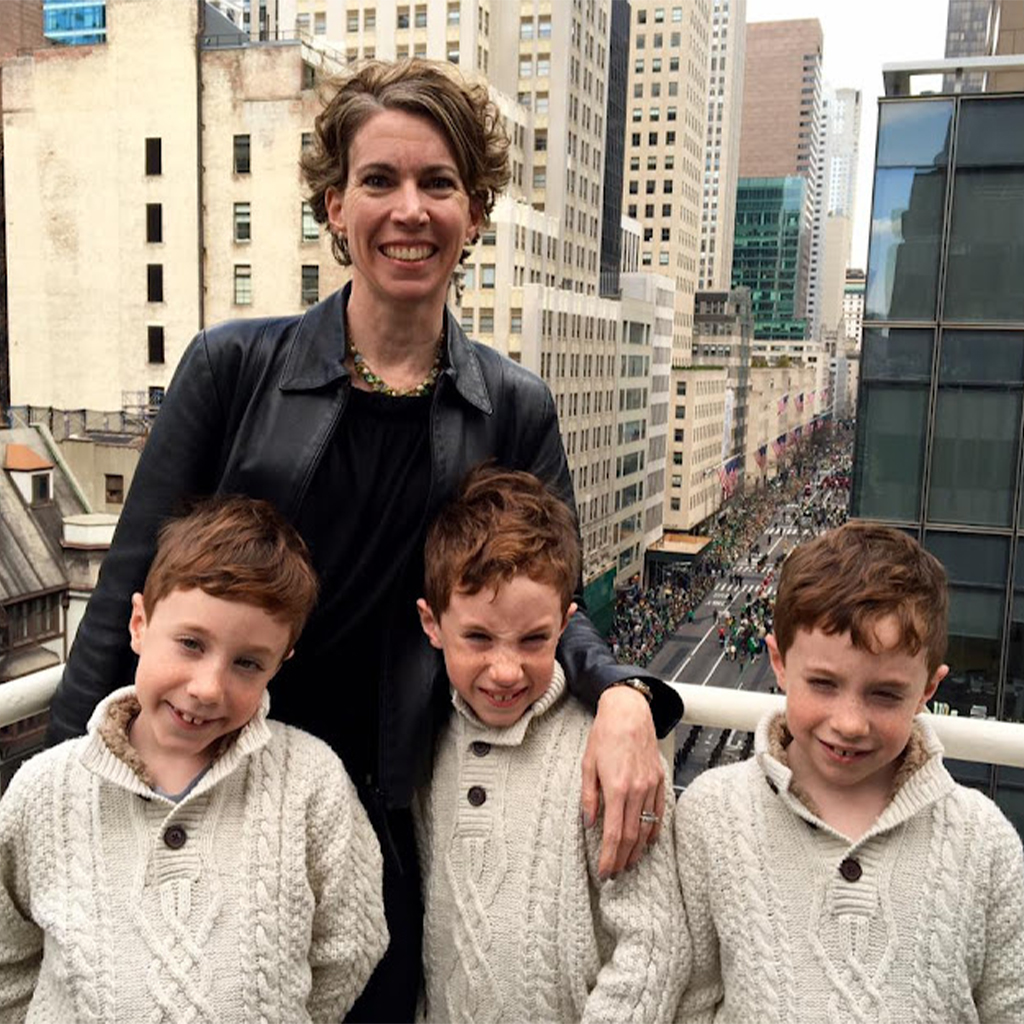 It doesn’t matter how long it takes to dress the triplets. It doesn’t even matter if it’s a rainy day, very warm or snowy. Go out. The time it takes to get the kids ready to leave the house may even be longer than the time you spend away from home, but do it anyway. Fresh air is good for the body and will leave children tired.

Giving up diapers is not easy and diapering triplets is practically impossible. In fact, if at any point you think you’ve embroidered it and suddenly one of the triplets pees on the velvet chair of the trendy restaurant, don’t panic; he just nonchalantly picks up your things and leaves a nice tip. And also, don’t go back to that restaurant. Trust me on the latter. 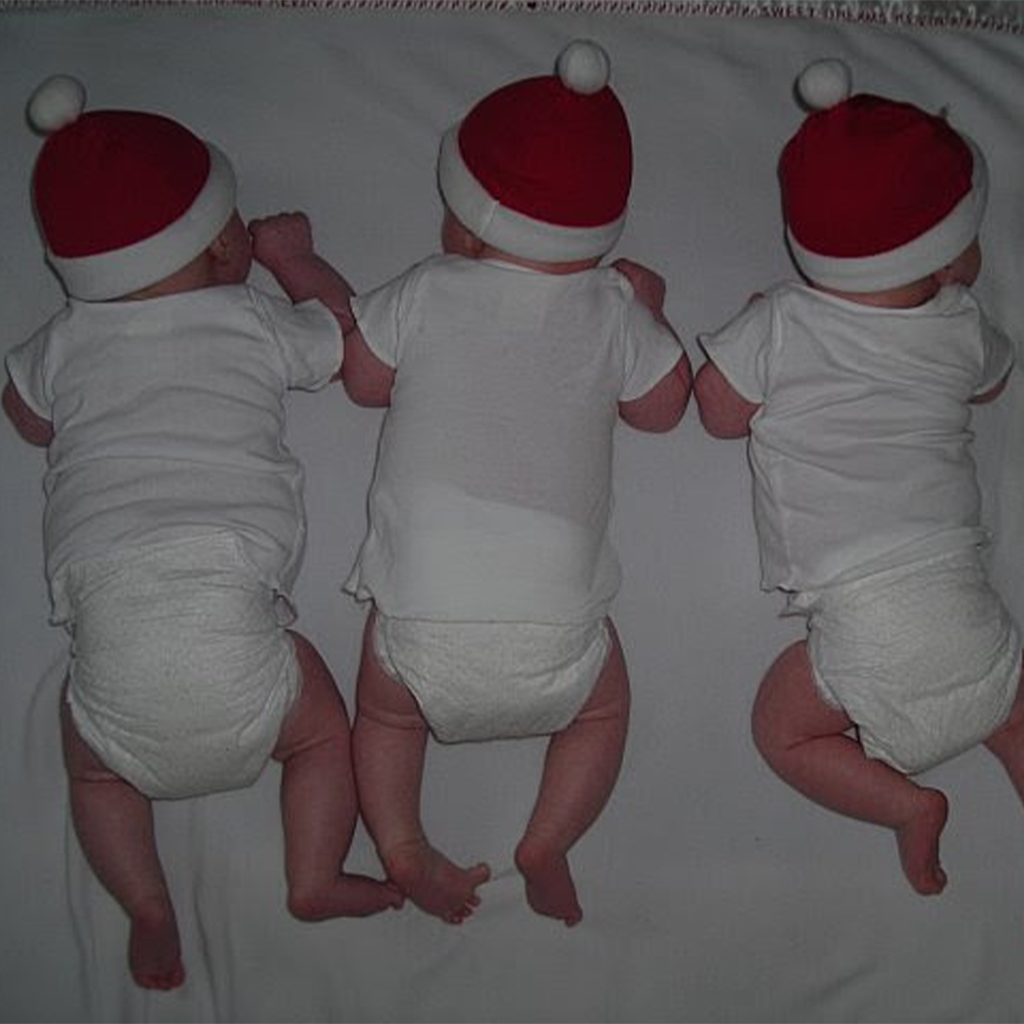 If you have triplets, or even twins, high chairs are the new playground. The problem with the little parks is that a child can attack another with a story, toy or anything you leave them to entertain themselves.

The problem with high chairs is that there comes a time when the children end up shouting: “I want to go out!”, as my children did when I left them for a while between breakfast and lunch.

But if your house is like ours, it will end up much less messy after this time of play in the highchairs. And somehow that made me feel better. 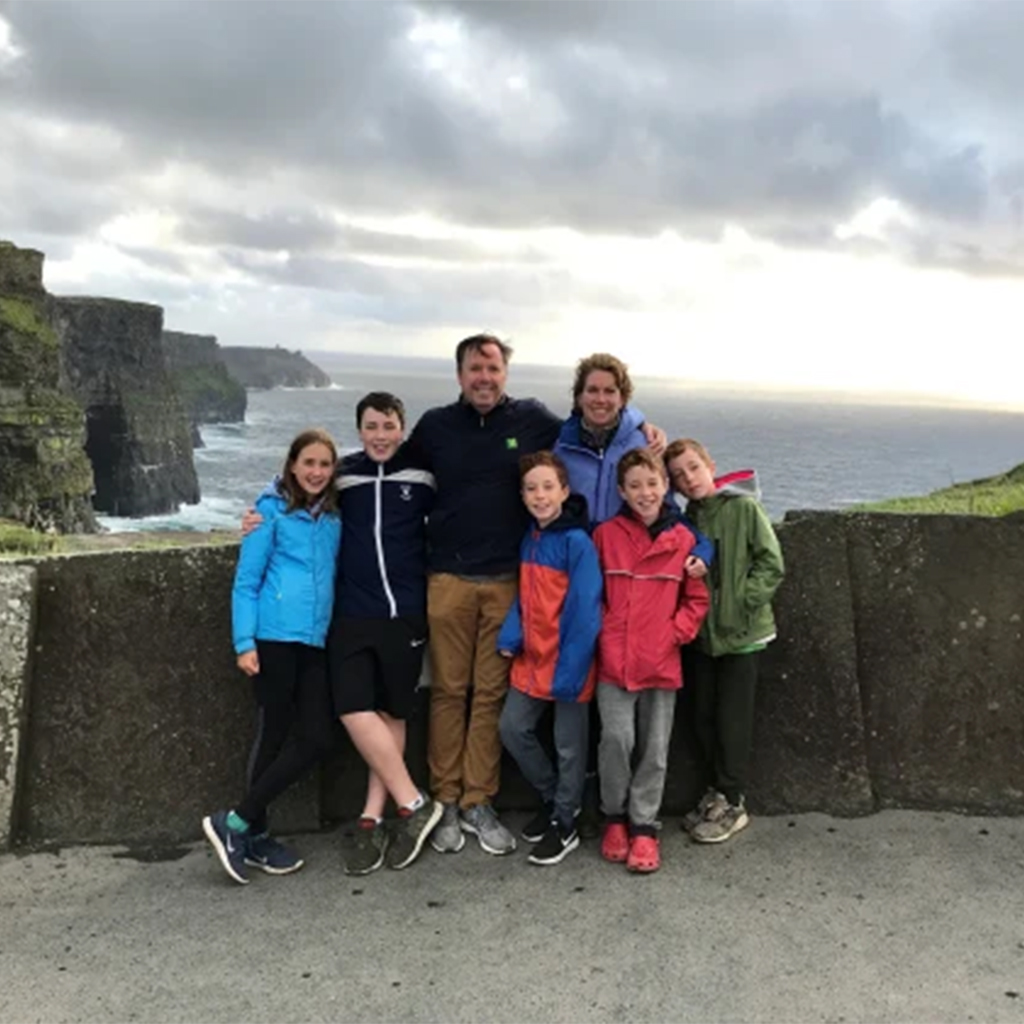 And I add that on the first day of school, be prepared for them to try to climb back into the womb. My mistake: wearing a skirt. They literally barricaded themselves in, refusing to come out. It wasn’t pretty. But separating them was necessary.

No kindergarten teacher should have to struggle to tell identical triplets apart while trying to teach the ABCs. That’s not fair. Neither for them nor for the children. In my opinion, the most correct thing is to separate them. Just remember to wear pants on the first day.

They may not like it, but I assure you they will be able to do it. Our two-year-old was holding the bottle for the triplets. Our 4-year-old was matching washed socks. Today, the five of them helped us with the laundry, taking the dogs out, doing the dishes and taking out the garbage. Boom! Who said having five children was hard? 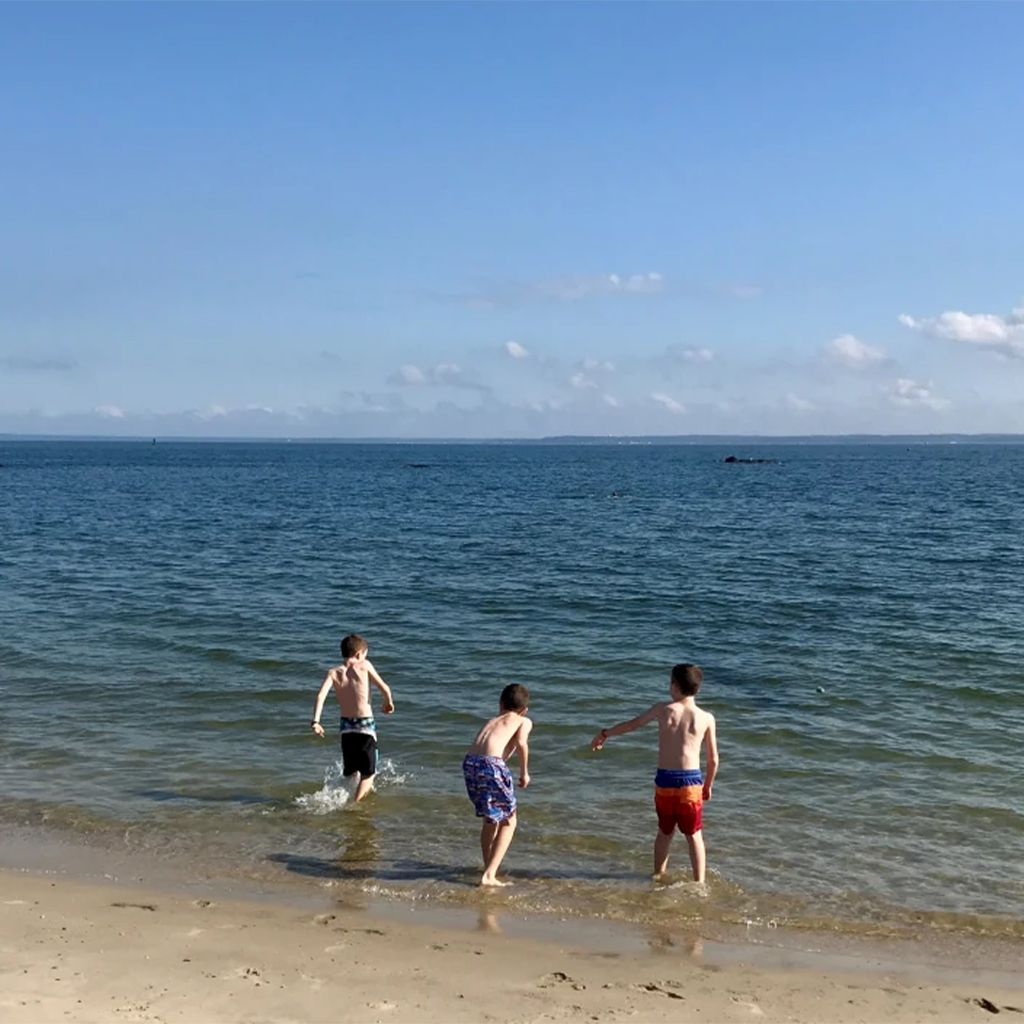 They may be small, but they are little humans with big feelings. Listen. Show empathy. Take the time. I can’t say that I always manage to do all of this, but what I can tell you is that you will regret it if you don’t.

I did. It was overwhelming. We had to take care of five children under 5 years old. Four of them wore diapers. There came a point where they were consuming almost four liters of milk a day. Everywhere there were dirty diapers, dirty bottles, dogs to be taken out, clothes to be washed.

None of that matters. The important thing is the moments in between, and what you do with those moments. So make the most of it. Because in the blink of an eye all those moments will be gone, and those kids will be turning ten.