Mother Ania, father Mikołaj, two pregnancies, and four children – this phenomenon is rare in obstetrics, but in this family it is a genetic certainty, which at the beginning was considered a joke and accepted with disbelief.

“Today we know that Ania’s next pregnancy would most likely be a twin. We have twins on both sides of the family. It’s the genes, nothing extraordinary; we’ve been exceptionally well matched,” laughs the kids’ dad, Mikołaj Giziewski. 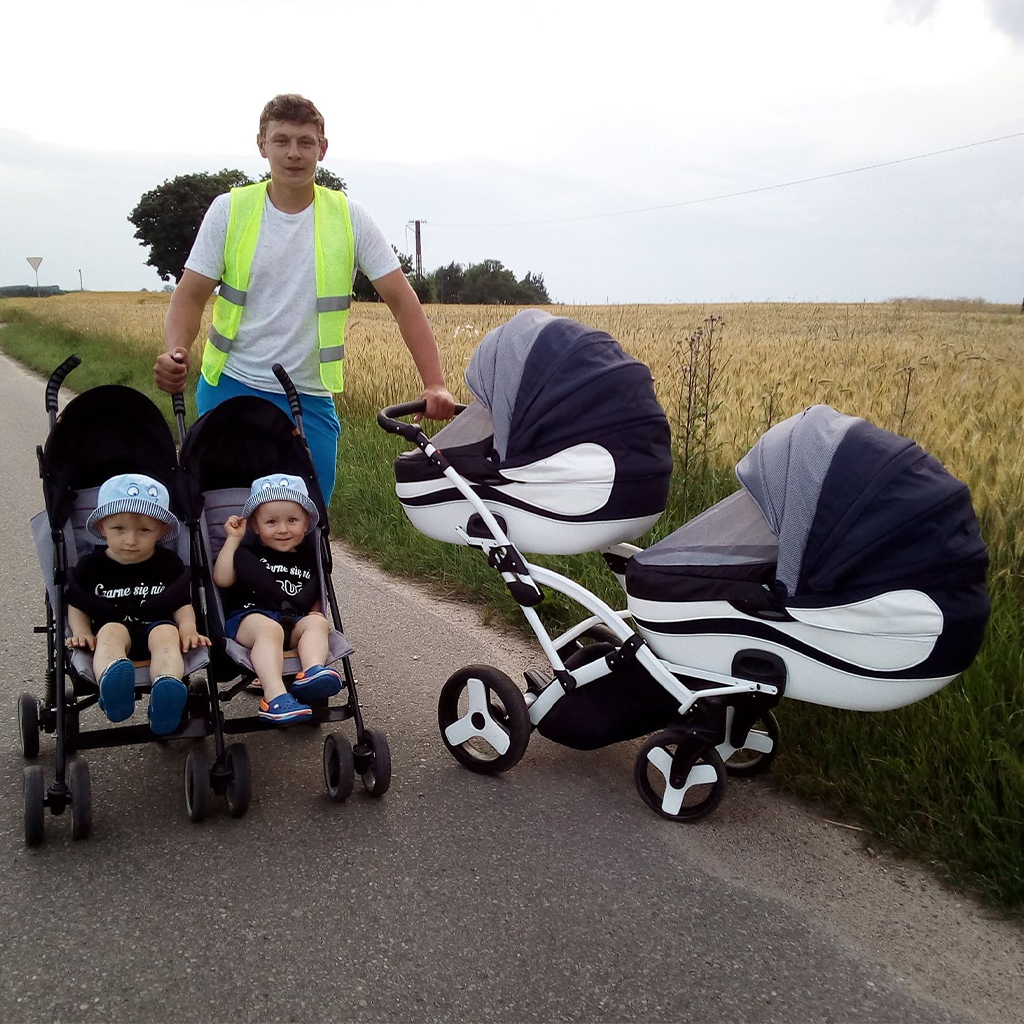 The first pair of twins, two boys, Kazimierz and Jan, were born in Olsztyn a year and a half ago. The boys weighed over 3 kilograms each at birth, and the pregnancy ended at 38 weeks. Nature handled it admirably, and the boys’ mother did even better, quickly regaining her shape and finding herself perfectly suited to the roles of double mother and farmer’s wife at the same time.

Ania and Mikołaj do not hide that they are lucky. A large family willing to help with children is a real treasure. Behind the wall, the other grandmother is also always ready to come and stay with the little ones. “If necessary (especially at the beginning of motherhood), I used the advice of my oldest sister, who has a lot of experience raising children,” says Anna. 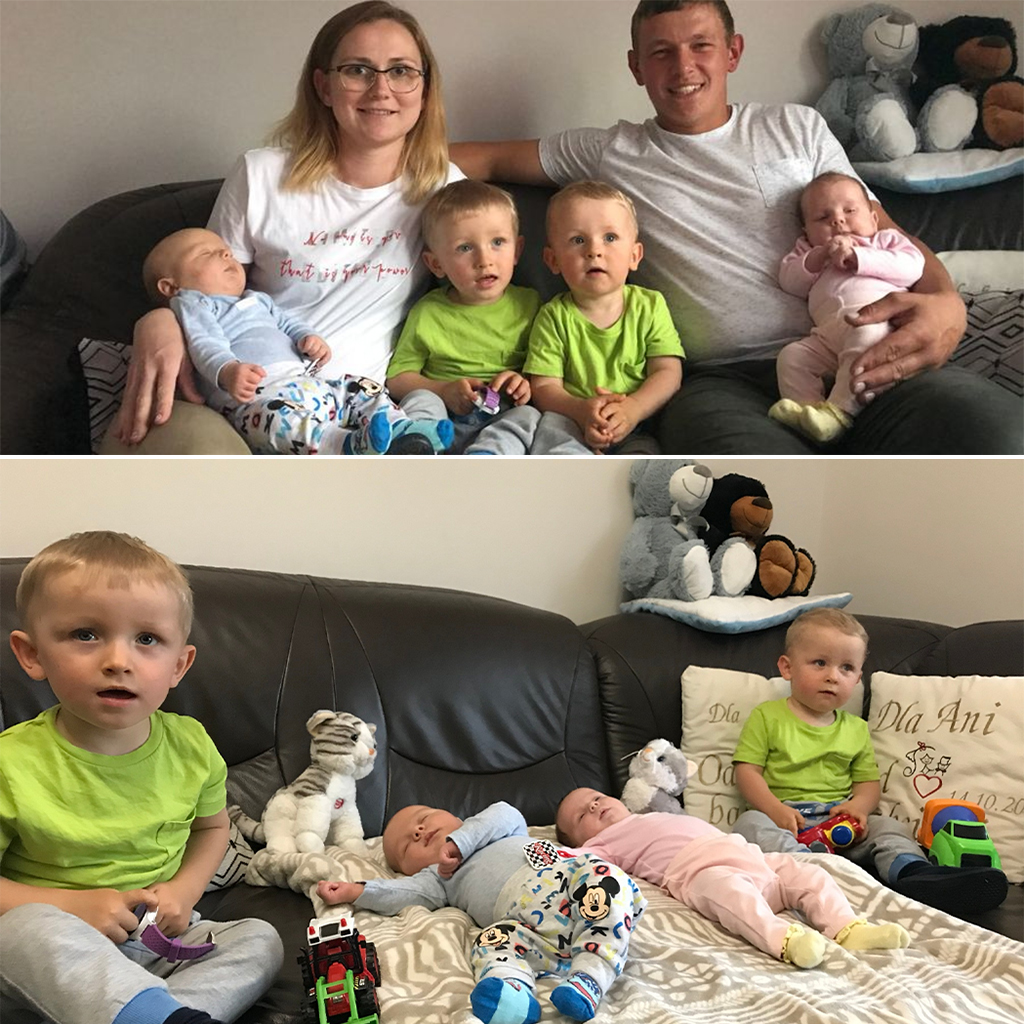 Ania and Adam were born in June this year. Like their older siblings, they were born healthy, at term, and weighing close to 4 kilograms each. She was released from the hospital two days later, and there were older siblings, proud grandparents, and… the new realities of life with four small children waiting for her.

“Older twins had previously woken up for night feeds at the same time more than once. Toddlers tend not to synchronize their needs. You can easily feed, change, or bathe one by one,” says Ania. 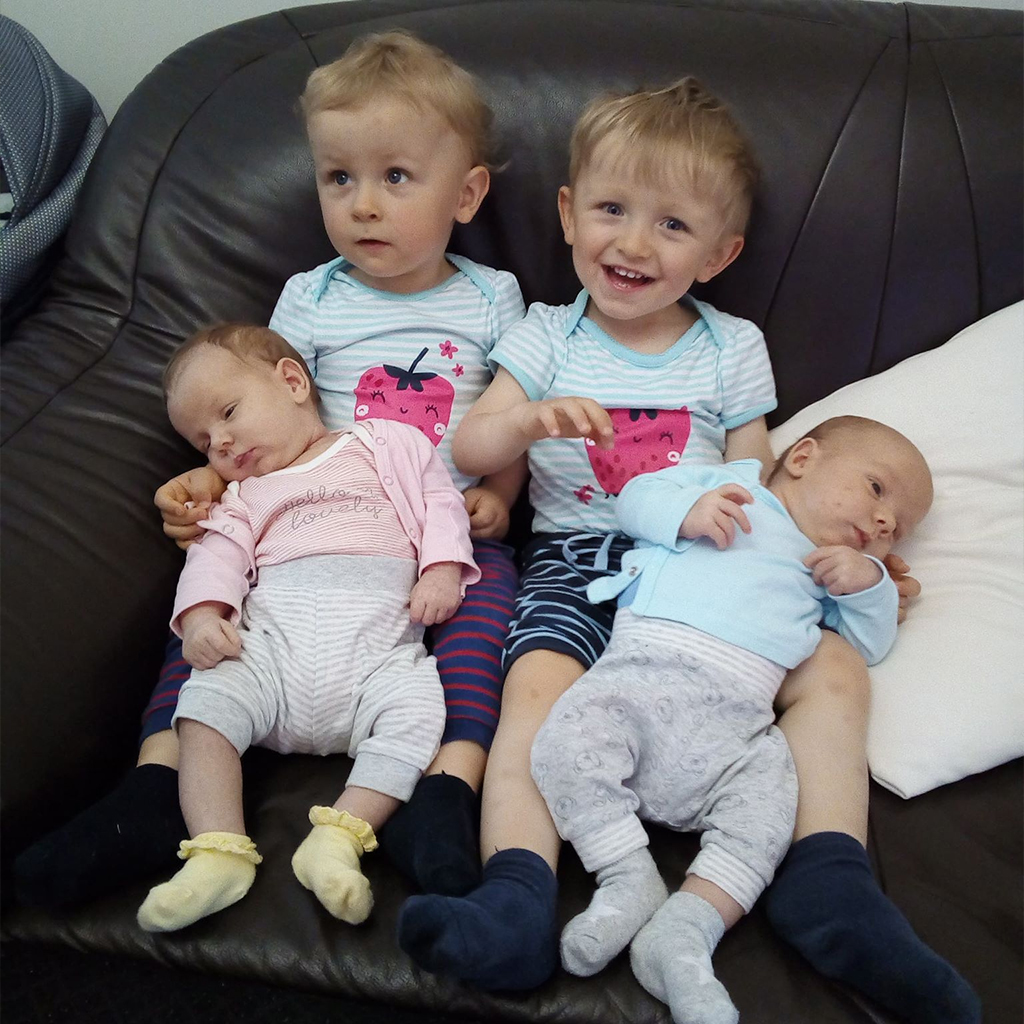 Due to the fact that the older boys have been together from the beginning, the appearance of the little ones did not make them jealous. Maybe at the beginning of the night they started to appear more often in their parents’ bedroom. Indeed, the older two are extremely polite boys, cheerful, and caring towards their younger siblings. They are curious, and you have to be very careful because they are still babies themselves, but they give kisses to their younger sister and younger brother with care. 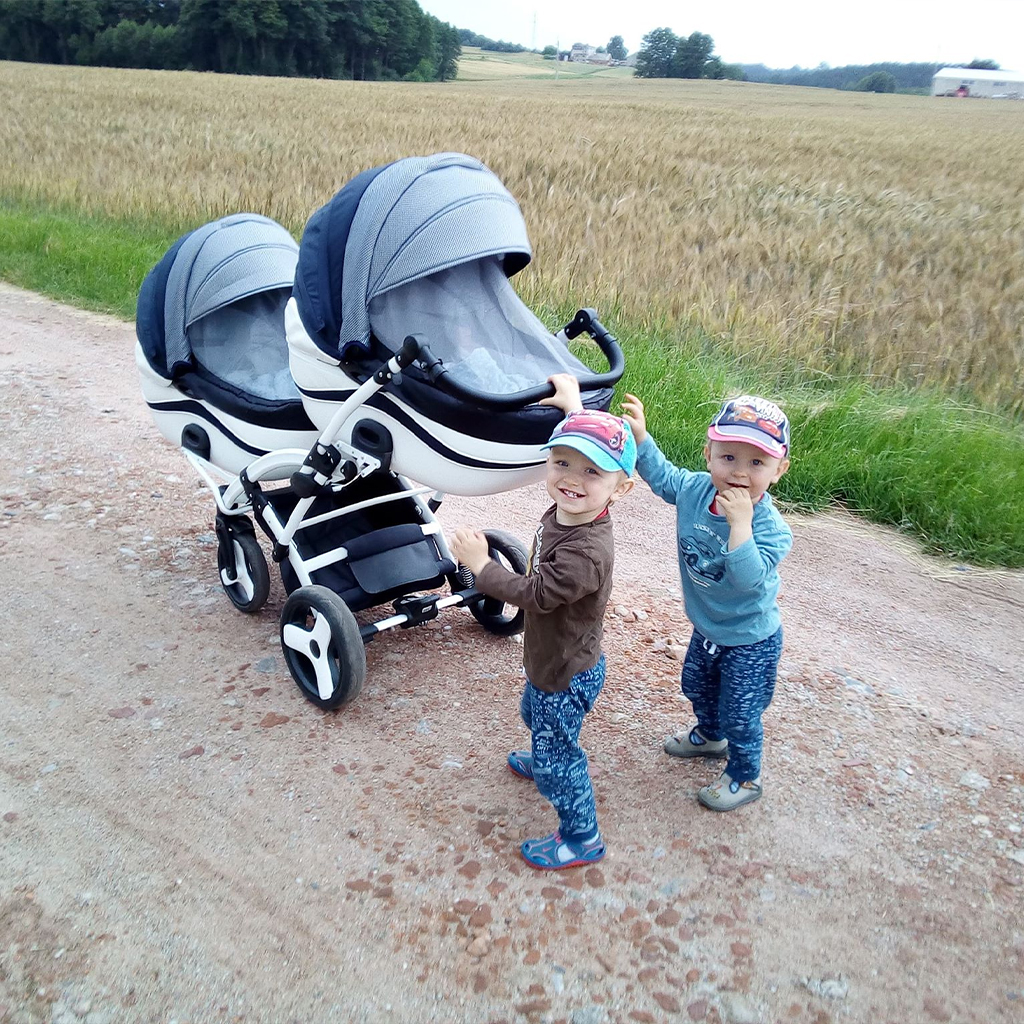 When the four of them grow up, they will be a great team to play with. Therefore, the beautiful playground, which is under construction, will be buzzing with the laughter of this cheerful group in a year’s time next summer.