A Bradford mother has astounded nurses and upset odds of 500,000 to one by giving birth to her third consecutive set of twins.

Abigail Adama, 30, gave birth at Bradford Royal Infirmary to the baby girls, who as yet have not been named, and who join a pair of four-year-olds and a pair of 18-month-old twins in the family.

Mrs. Adama and her husband, Shaibu Abu-Adama, 30, of Sutton Road, Tyersal, were surprised to learn they were expecting another set of twins. 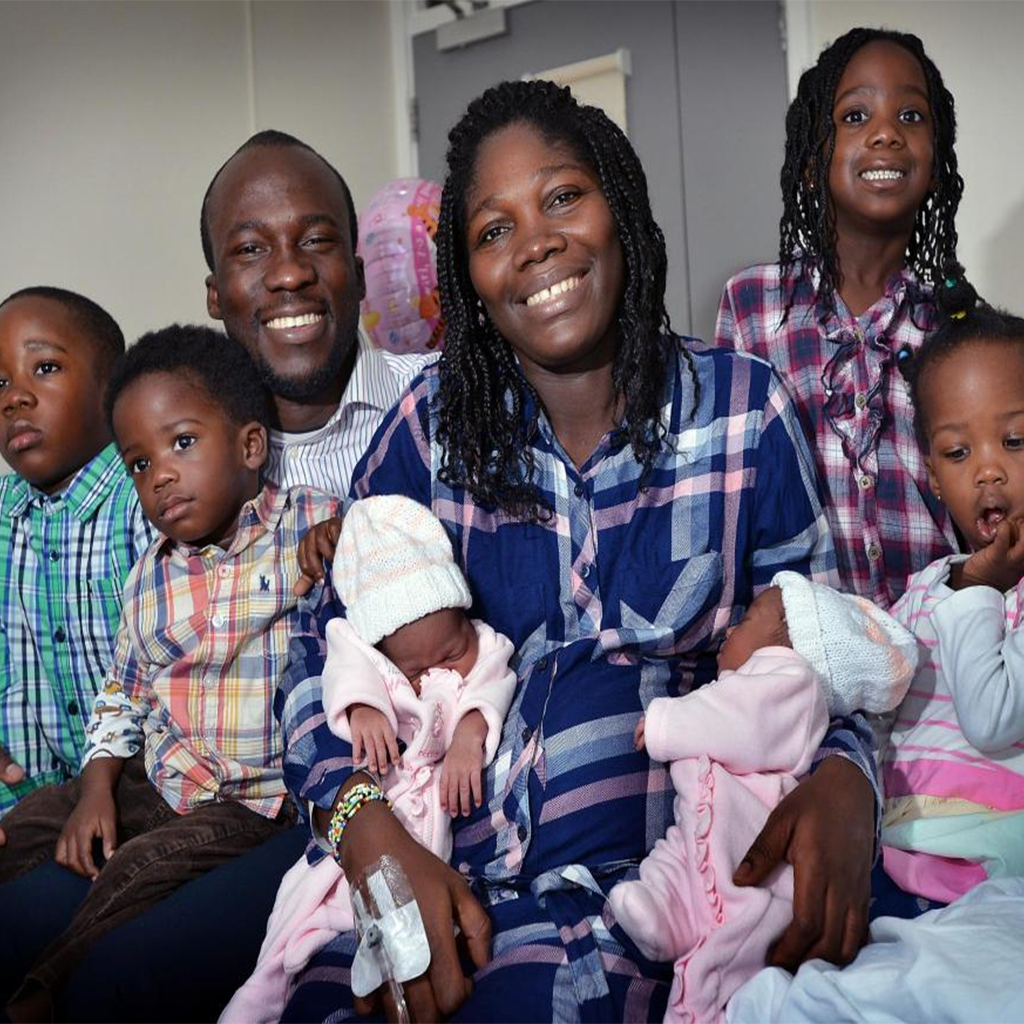 She said: “We thought we were done with two sets, and then all of a sudden I realized I was pregnant again; it was a big sʜᴏᴄᴋ, and I cried because I was not expecting it. The other kids are so happy to have two new baby sisters and could not wait to see them for the first time.”

Mrs. Adama said that all the nurses and midwives at the Women’s and Newborn Unit at BRI were sʜᴏᴄᴋᴇᴅ to find out that it was her third set of twins.

“They all wanted to come and see me and the babies, and said I should be in the Guinness Book of Records,” she said. 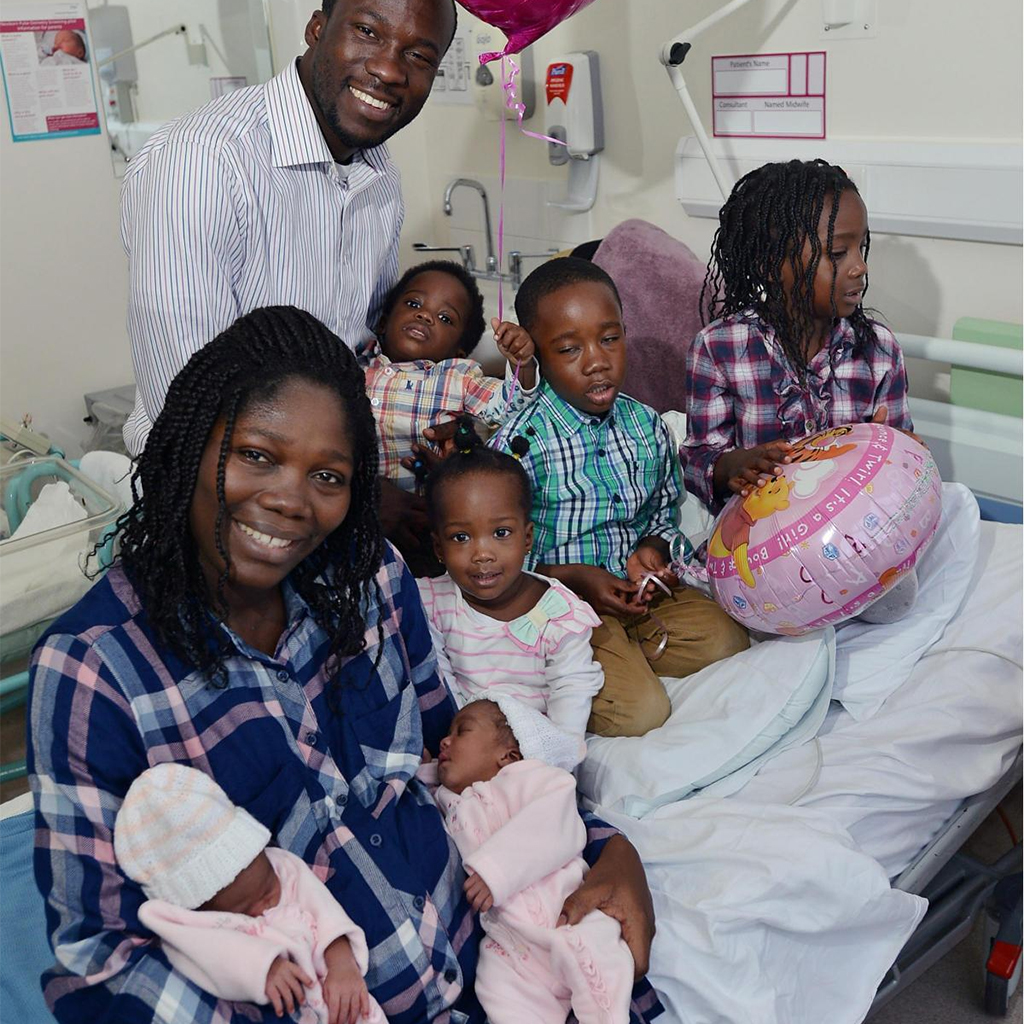 Mr. Abu-Adama, who works as a customer service advisor in Leeds, said that the whole family was feeling blessed, and while at first it came as a sʜᴏᴄᴋ, they are all now very happy and full of joy.

He said: “The doctors cannot believe our run of twins. They ask if we have had any ꜰᴇʀᴛɪʟɪᴛʏ ᴛʀᴇᴀᴛᴍᴇɴᴛ, but we have had none at all. The other children have been telling their friends at Fearnville School about their new sisters and said, they look gorgeous.”

The couple’s oldest siblings are brother and sister, Ohene and Ohenewa, and their middle twins are called Okese and Nana-Oye.

Mrs. Adama and her husband immigrated to the United Kingdom from Ghana in 2010, and then relocated from Slough to Bradford in 2013. 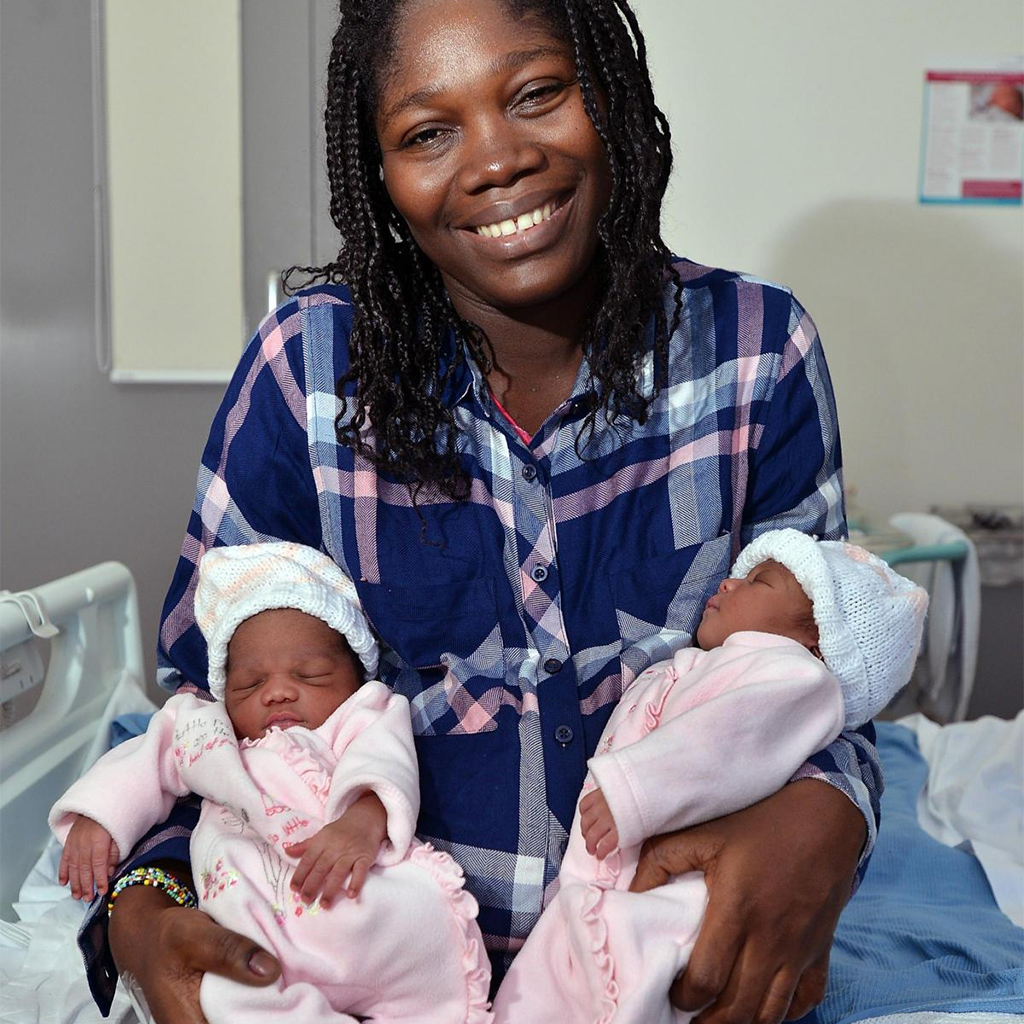 She said that she probably won’t want any more children following this pregnancy, and that she and her husband are still trying to think of names for their newborns.

She said, “I think three sets of twins is enough for now; my husband wants to go for names that have something to do with giving thanks, but we have not made any decisions yet.”

Mrs. Adama has a long way to go to break the current record, which is held by Valentina Vassilyeva, a Russian peasant who mothered 16 sets of twins in the 18th century. A more recent record was set by Barbara Zulu, of Barberton, South Africa, who gave birth to three sets of girls and three mixed sets in seven years from 1967 to 1973.