Photographer Felicia Saunders (USA) made a series of portraits of mothers who are feeding their babies milk in many ways, such as the breast, the bottle or another device such as the feeding tube. She reminded us that the important thing is that no matter how you feed, the mother-child relationship remains unchanged.

In each frame of a mother feeding her baby, the female photographer tries to capture the emotional bond between mother and child through eyes and smiles. The characters in the series are all friends of Felicia Saunders. The reception of the project was excellent, the photo received 3841 likes and 5637 shares.

Here are some pictures of mothers feeding their babies in Felicia Saunders’ photo series. 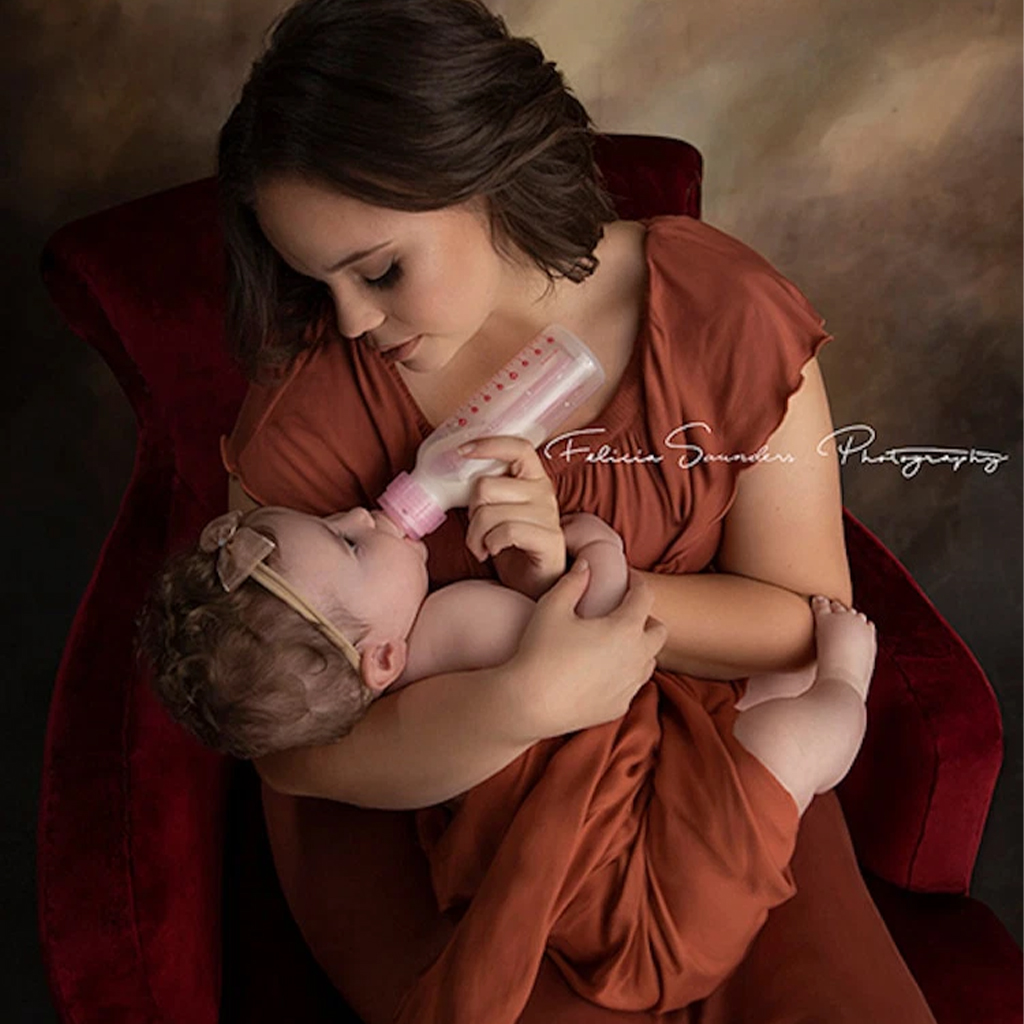 In the photo, the mother who is bottle feeding her daughter is Mykel Cooper. Her baby was born prematurely. She initially breastfed her, but then had to use a bottle. Her old motto, “Breasts are the best” made her feel like a failure.

“It gave me a positive attitude that we are all mothers and that sometimes we don’t feel like we’ve done our best. As a community, we should support each other and support each other with words of comfort when we are in trouble. No one next to another mother will feel the same emotion you feel towards your baby, and it is something we can share.” 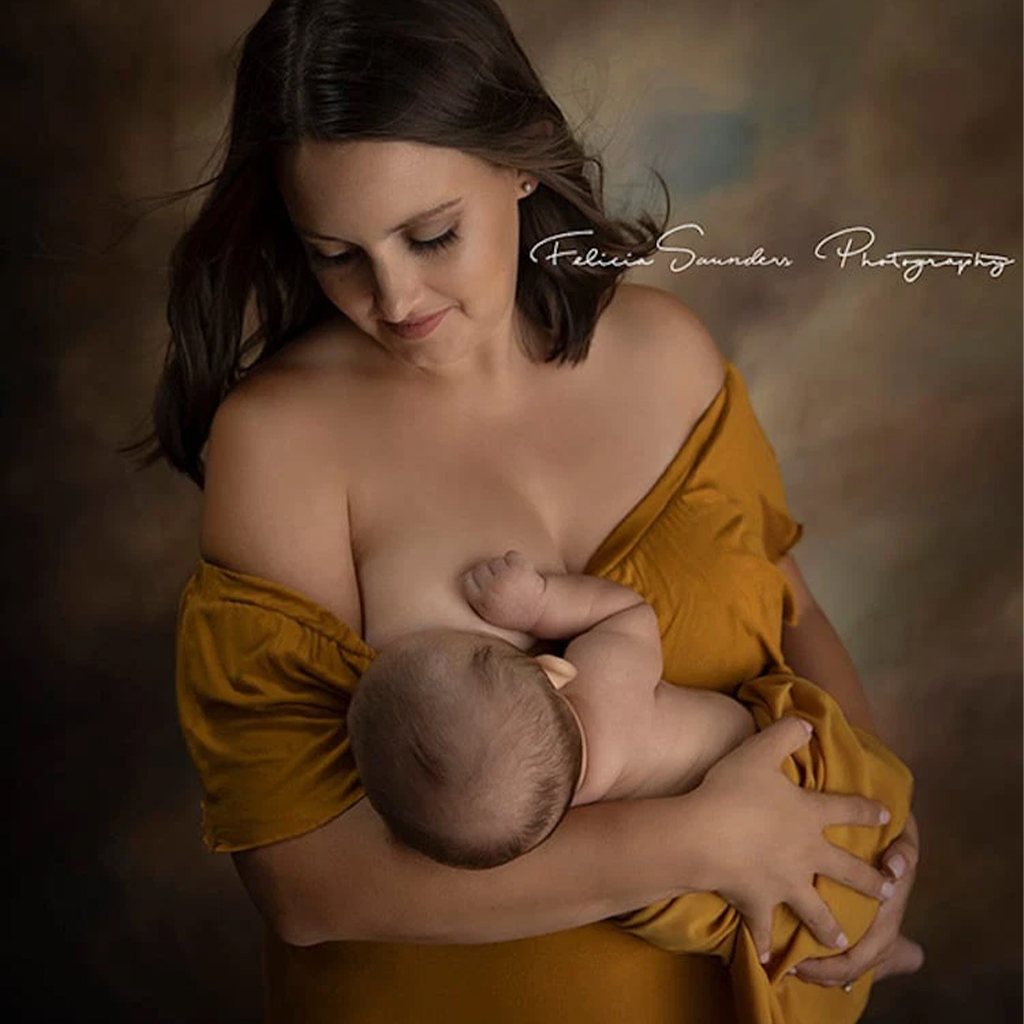 Courtney Espejo is Isaac’s mom, dressed in ocher, breastfeeding and recognizes its value, but she knows it’s not the only way.

She feels privileged to have breastfed all her children for 15 months. “If you can breastfeed, it is fabulous!! It is a special bond with the baby, but he will still have it even if he is not breastfed. Raise the child as best you can.” 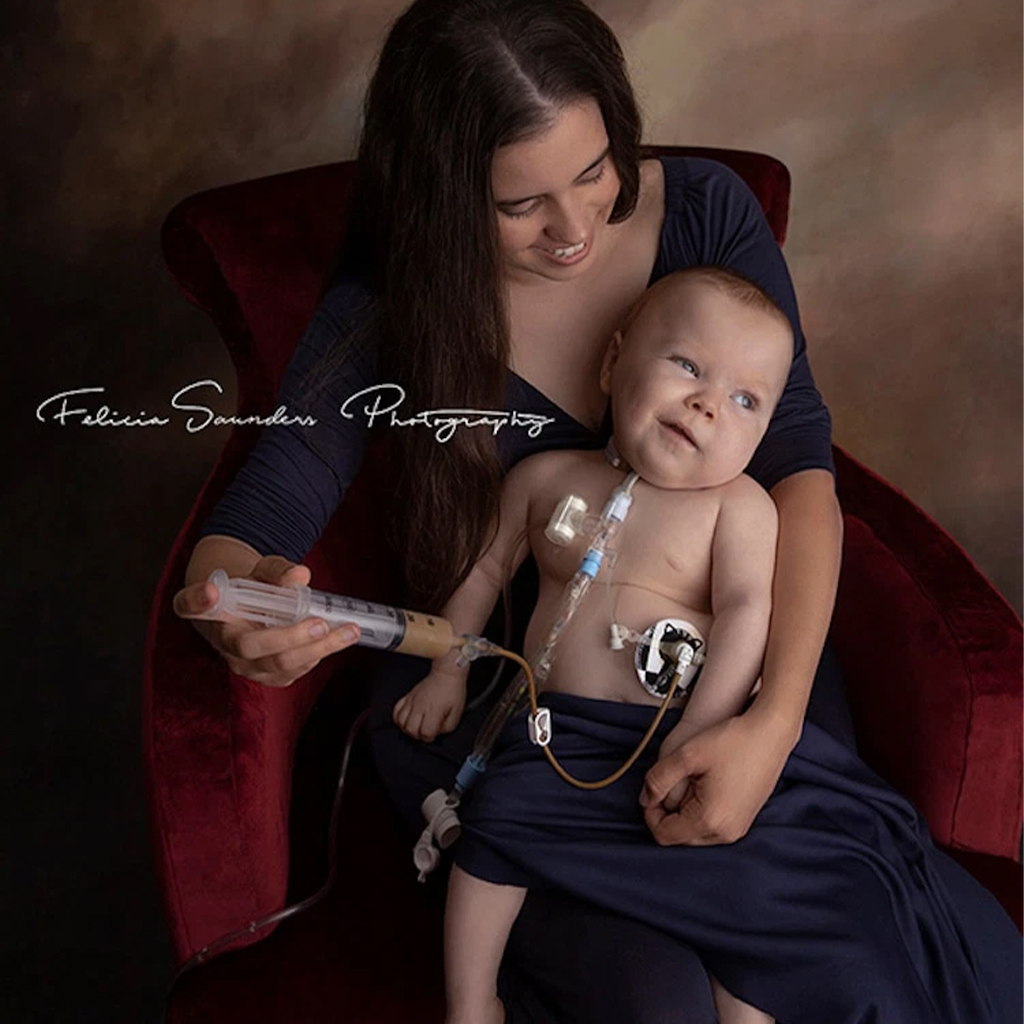 The third mother posed with her 19-month-old son, who was fed through a tube.

“My son was born extremely premature”. For nine months, he received donated milk, now he is fed with a tube. “The tube allows him to receive all the food he wants. He can’t take anything out of his mouth yet.”

“I know that not all mothers have the opportunity to breastfeed their babies in the traditional way, but they don’t have to feel guilty about it.” 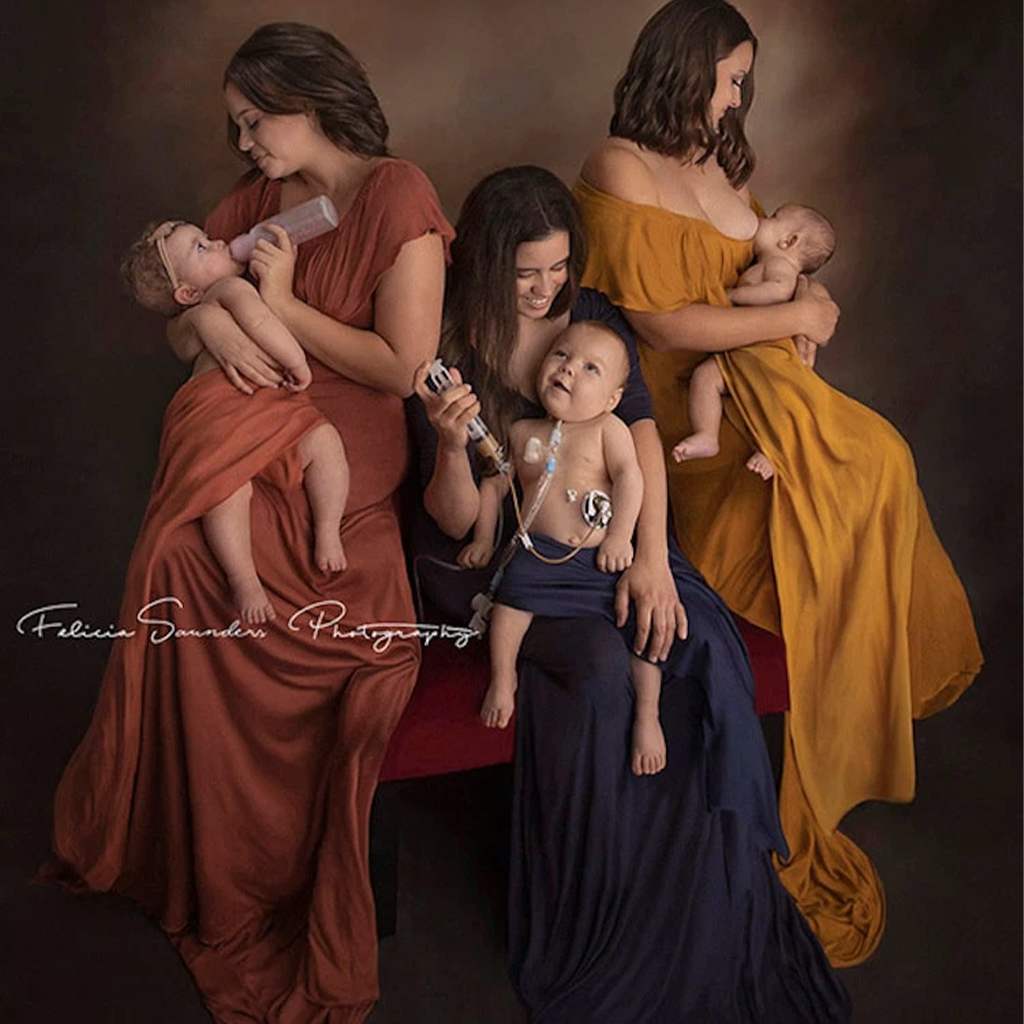 As a mother who does not have enough milk to breastfeed her two children, Felicia Saunders understands more than anyone the sadness of mothers who have to feed their babies formula. Her experience has left her with a valuable lesson, “what’s best for my baby isn’t best for the next family.”

Through this series of photos, she wants people to stop judging or putting pressure on mothers who cannot breastfeed directly. No matter how they feed their children, they are still very beautiful and strong. The most important thing is that each child is raised with the love of parents and family.