They had a one in 70 million chance of having two sets of twins at the same time. And yet it happened to them. Sharon and Julian Tuner, parents of magnificent quadruplets, saw their lives transformed with the arrival of four babies. A year after the birth of the children, they take stock!

The Turners have almost achieved the impossible. They are one of only four couples in the world to have had a series of boy-girl double twins. Two identical boys and two identical girls. The quads came into the world 11 weeks prematurely in March last year, weighing just 2lb each. But once they got home, they grew from strength to strength.

With four sets of big blue eyes, four pairs of soft, chubby cheeks, and four cheeky grins, the babies look like the stars of a nappy advert.

Their mum recently revealed to an American newspaper what living with quadruplets at home was really like. 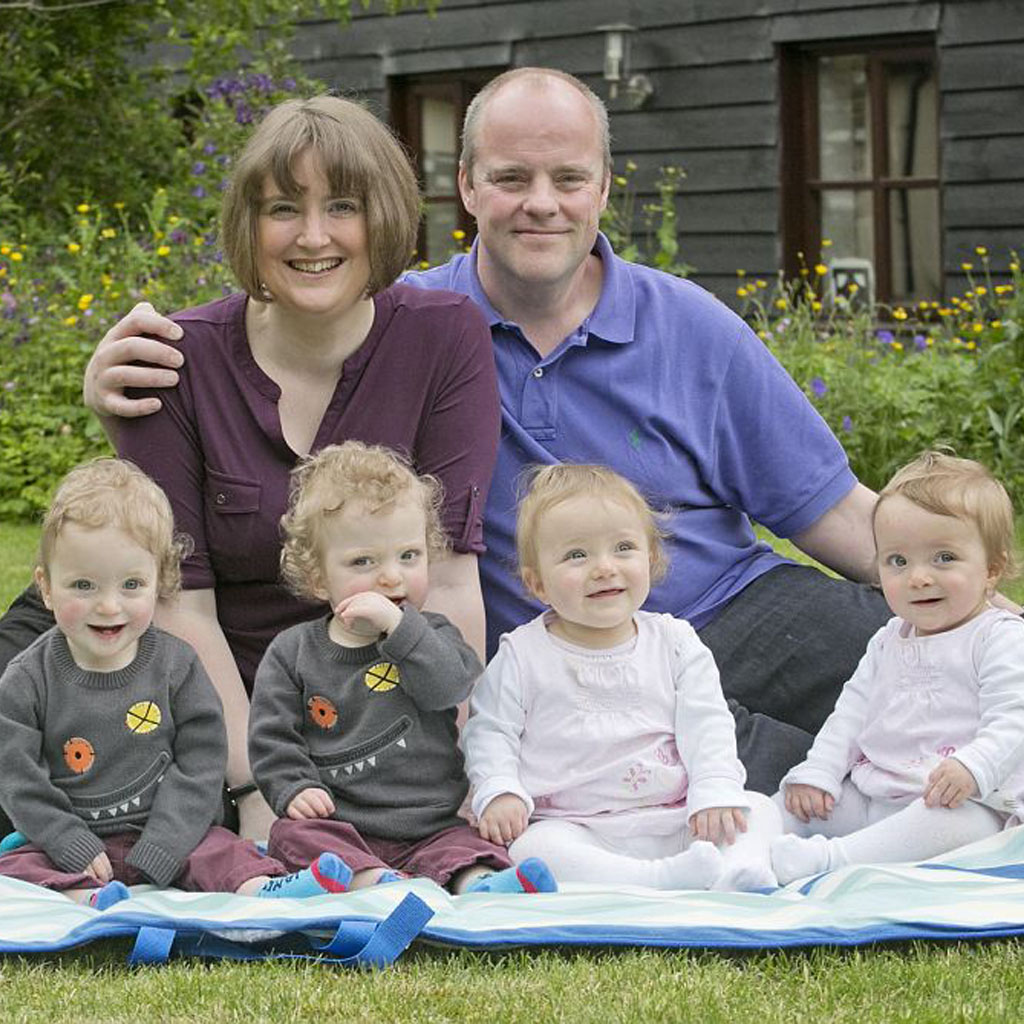 A year with quadruplets, it gives in figures:

30,000 diapers changed until their children are clean.

5 loads of washing are put on every day to keep them in clean clothes.

24 pots of yogurt consumed in one week. 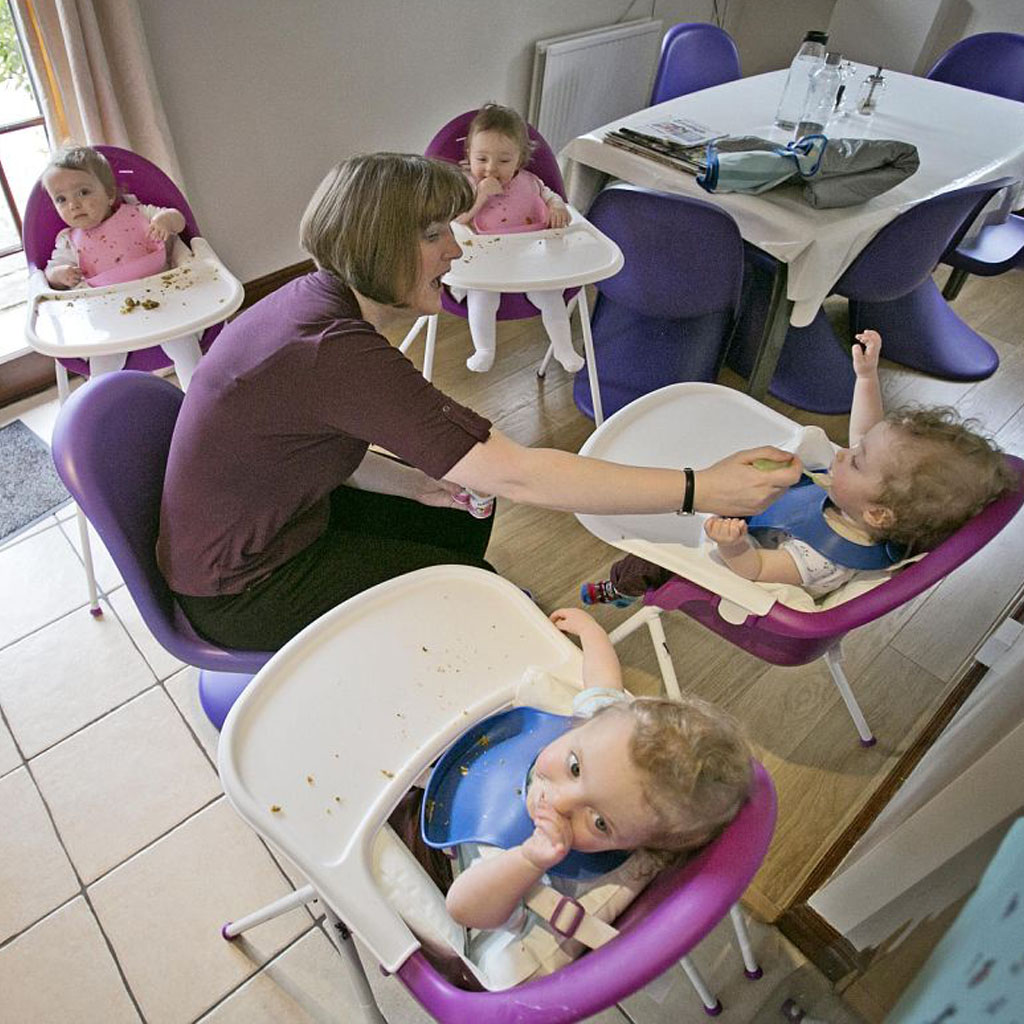 It took Sharon and Julian four rounds of I.V.F, tens of thousands of pounds, and years of anguish before they found happiness with their children.

A year after birth, they are therefore (very) tired but happy. Julian Turner admits that he often feels guilty for having gone back to work while his wife spends her days taking care of the children. Fortunately, Sharon’s parents have moved near their home to give them a hand. 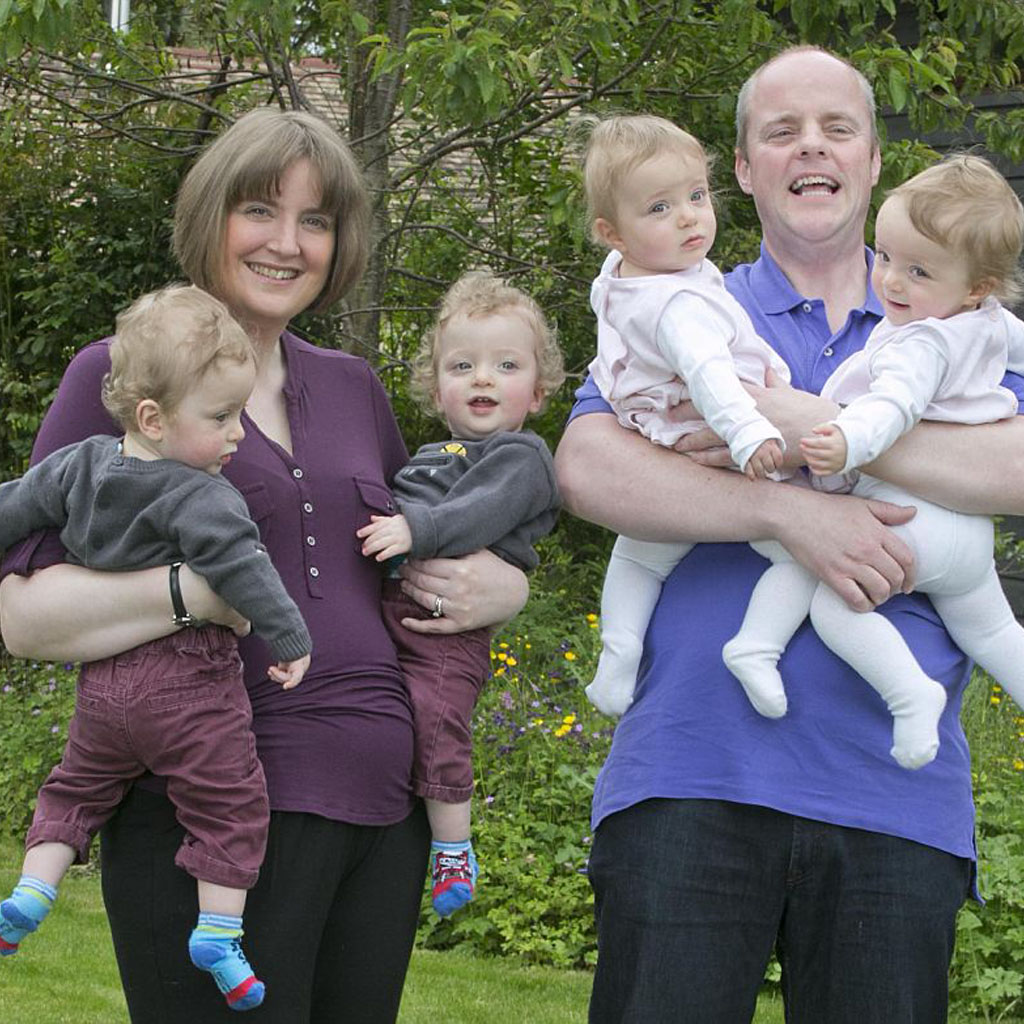 Sharon Turner also explains that becoming a mother of four all at once was a “wonderful and exhilarating experience,” but very tiring – much more tiring than she could have imagined. And despite the exhaustion, the couple insists they have not ruled out having more children. Mr. Turner said, “Never say never. They have been a huge blessing in our lives.”