The birth of a child is always an important moment in the life of a couple and fills new parents, relatives, and friends with joy. In general, the people involved make the event public and like to share their happiness, and if someone close to the family experiences the same situation at the same time, everything becomes much more pleasant.

In a similar circumstance, co-workers, firefighters, found themselves talking about their lives and found out they were expecting a child at the same time. The most incredible thing is that this coincidence happened not for two, nor for three, or even for four, but for no less than nine firefighters. 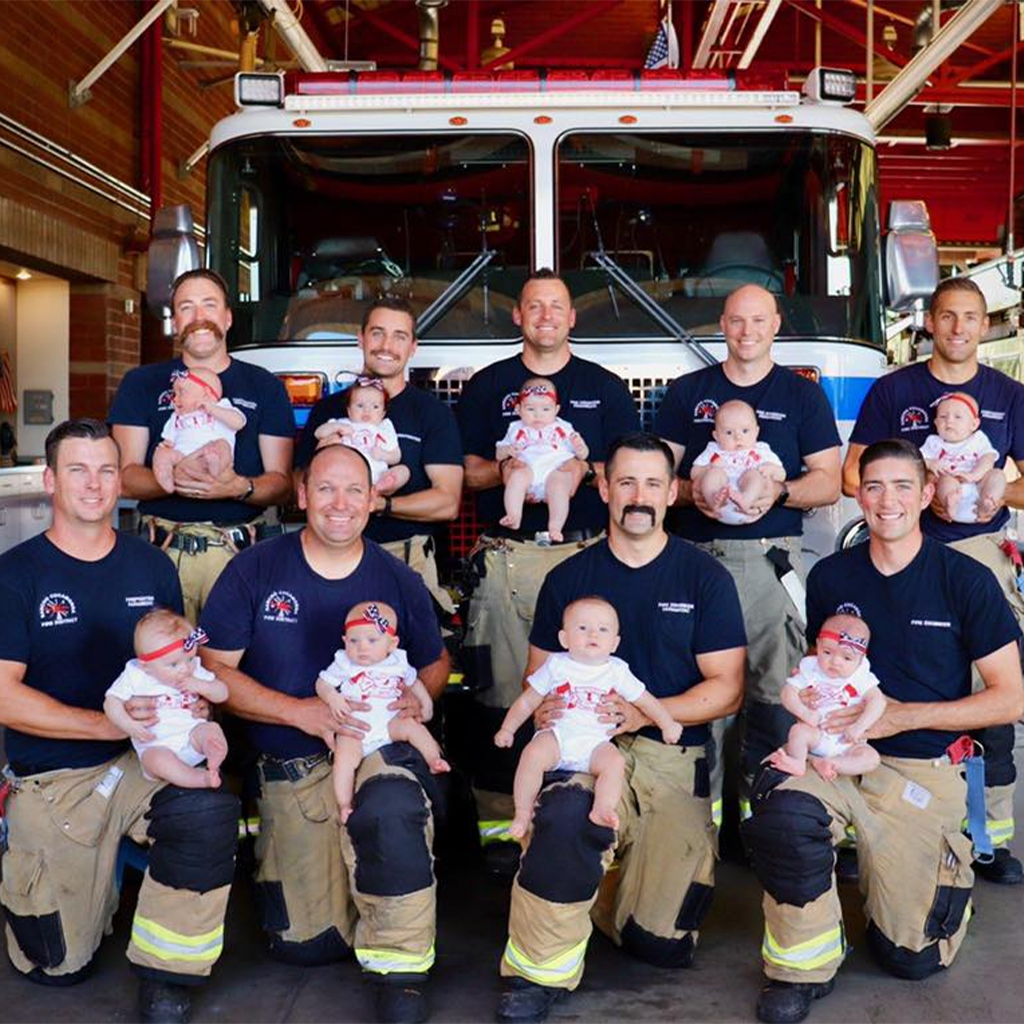 Employed in the same barracks in Rancho Cucamonga, California, the nine firefighters discovered, little by little, that they were all in the same situation: their partners were pregnant and all at the same time.

“I remember that when we discovered it, everything was very strange,” said one of the protagonists. “At the beginning, there were six of us. Then we said it was a mistake. There was also the seventh, then the eighth, and again the ninth, and we couldn’t believe it. It was impossible.” 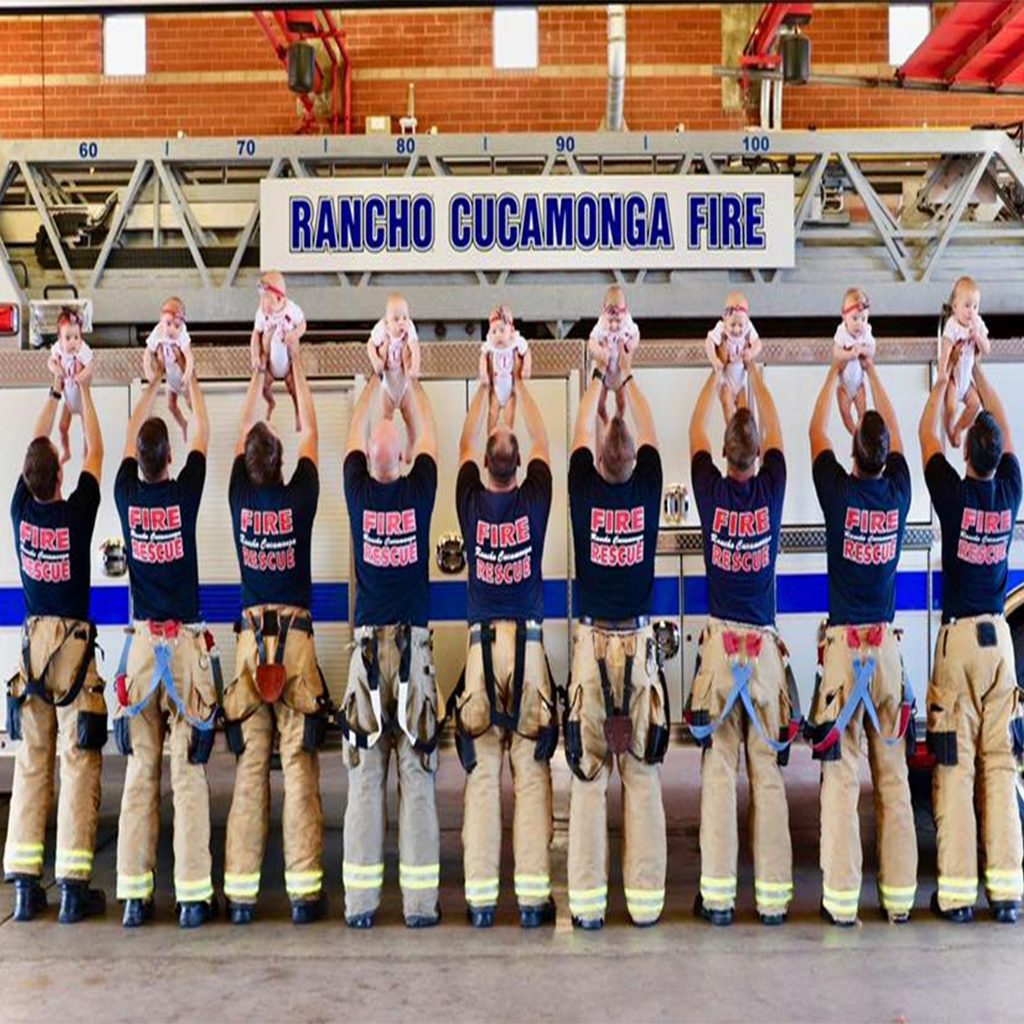 Born in the space of four months and a short distance from each other, the nine children quickly became famous on the Internet. Fascinated by what happened and also a little amused, members of the department shared a post on Facebook to mark the occasion.

“Say hello to the new little members of the Rancho Cucamonga Firefighters family!” says the post featuring the little ones. “Nine babies were born between March and July, and we couldn’t pass up the opportunity to capture this special moment. We are excited to see our family of firefighters continue to grow.” 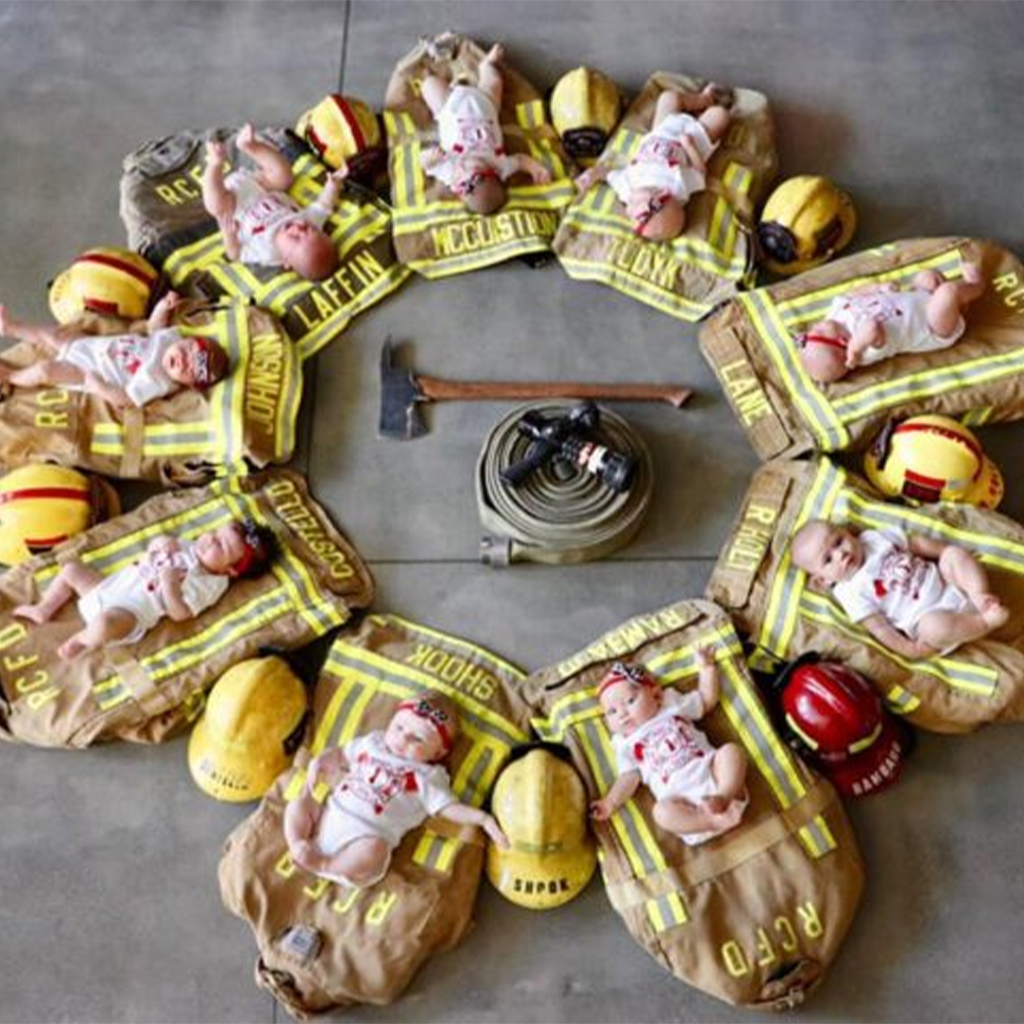 Such episodes always arouse so much happiness and wonder. It is not at all obvious that such coincidences occur. It can happen that a few sisters or brothers are expecting a child at the same time, but to read that nine colleagues have become parents in the space of a few months is truly incredible. However, it is very true, and the photos bear witness to it. To capture it all in the best possible way, the children were also photographed in their undress as firefighters and while lying on fire vests. 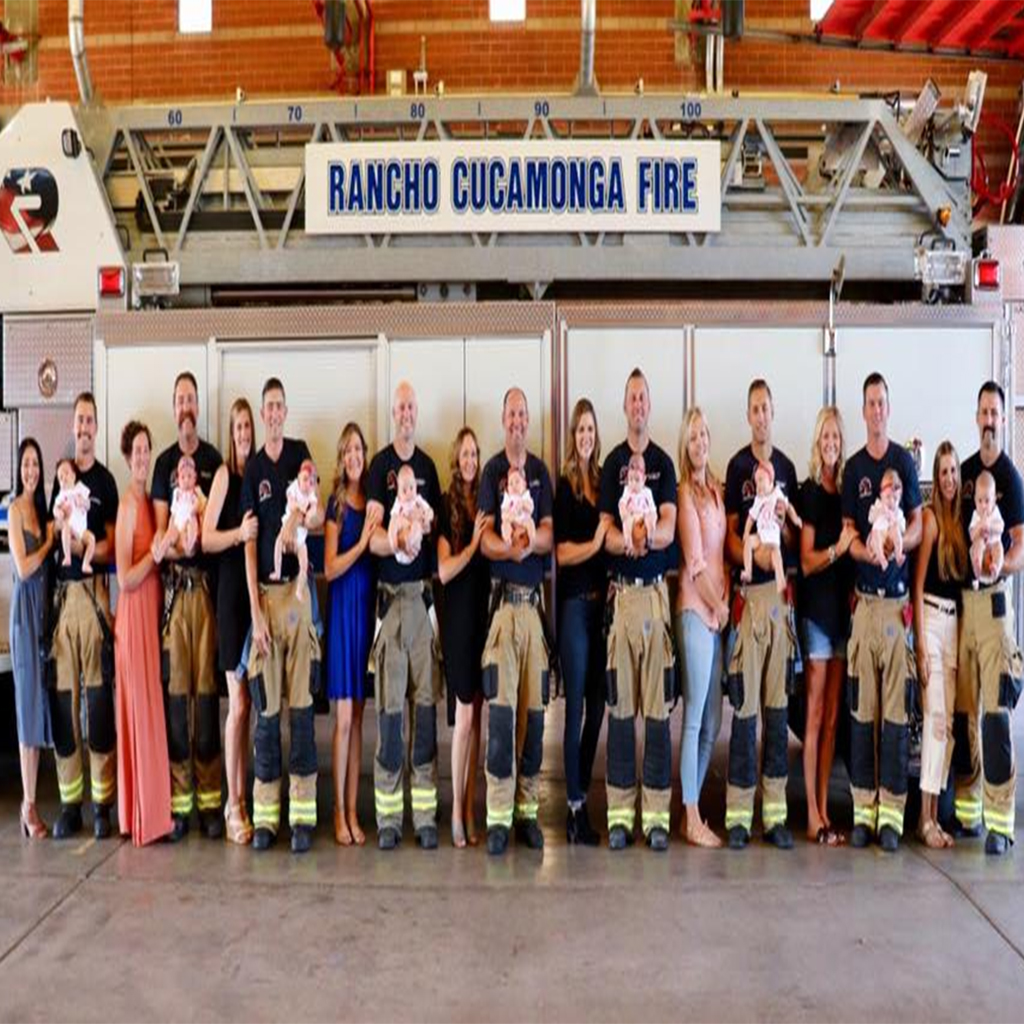 This, of course, brought families and wives of firefighters together, sharing their experiences, giving each other advice and even supporting each other. A beautiful event and a lot of emotions experienced all together. We are sure these parents will be eager to tell their children when they are older.

We can only look at them with sweetness and wish the little ones and their families a bright future and a lot of happiness.