Having had 3 children and planning to have only one more, the unexpected mother welcomes 5 children at once, turning her life completely upside down.

Ms. Kim Tucci, 30 years old and living in Perth, Australia, has a son and two daughters. Therefore, Ms. Kim and her husband decided to have only one more child. However, in 2015, the couple was shocked when they received news that Ms. Kim was pregnant with five babies at the same time. Ms. Kim Tucci has become the first woman in Australia to give birth to quintuplets naturally, without any I.V.F. 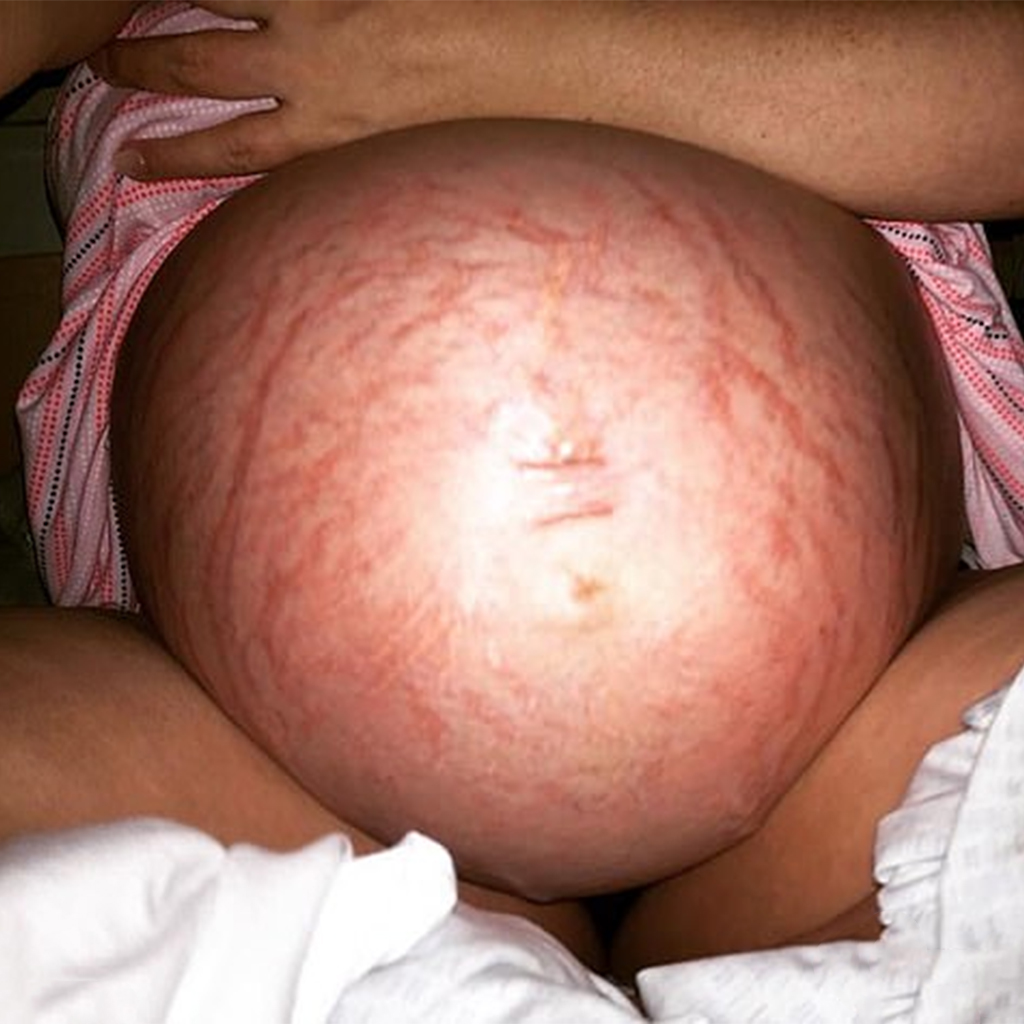 On February 13, Kim appeared on the TV show “The Morning Show” to talk about the changes in her life when suddenly five children appeared at the same time.

“Our first few days were very vague. In the first year of raising my children, I was lucky because there were many people around to help. But after the children got older, we had to cut back on volunteers and maids to save costs,” Kim confided. 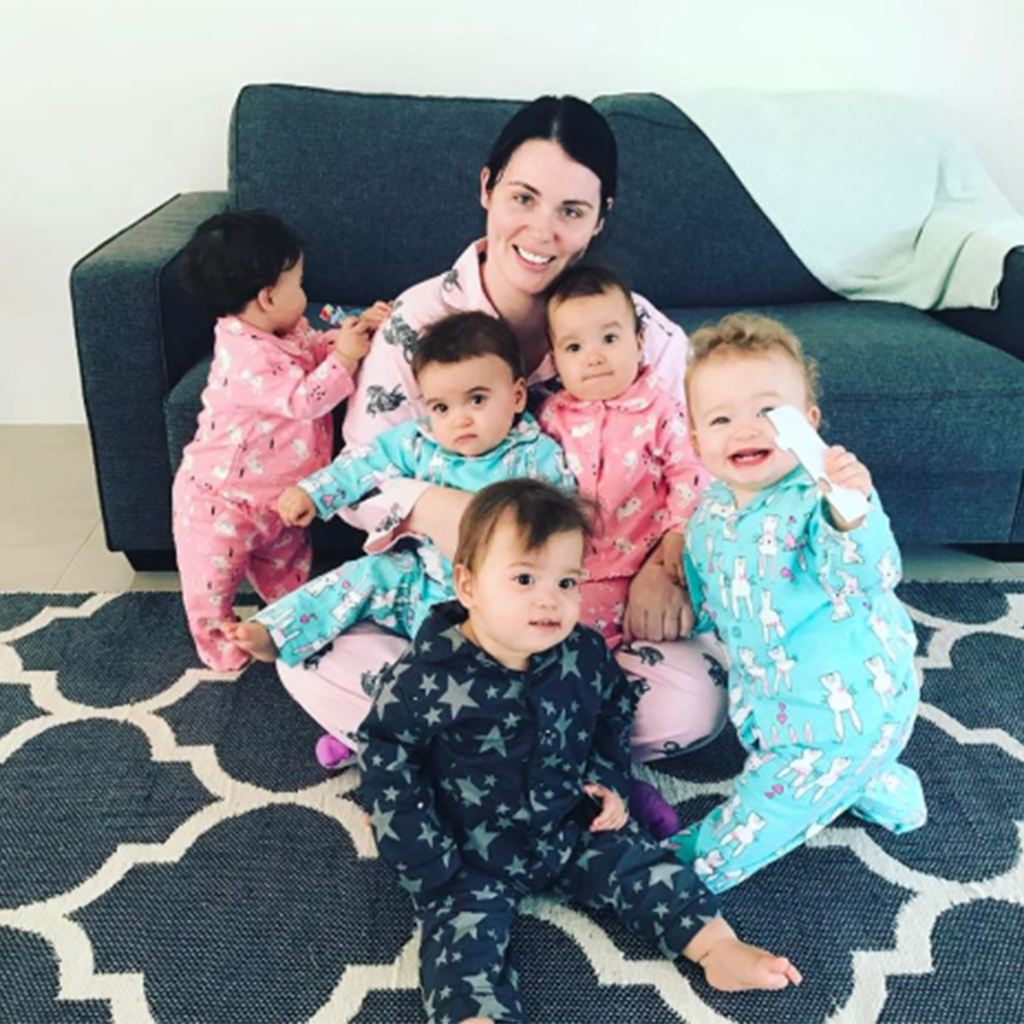 Raising 5 small children at once is indeed not easy. Ms. Kim admitted that she had to set strict rules like in the military to both ensure her children’s activities were on time and take some time for themselves. Ms. Kim also went through a difficult time because she did not have enough time, energy and patience for her children. This mother once wished that someone had told her about the hardships of raising five children at such a young age.

When her five children reached the age of potty training, Kim had to change up to 60 diapers in one day. “I have spare diapers everywhere, both in the garage and in the car. There are times when I just can’t get enough and the results are unimaginable,” she said. Kim also devised a way to soak her children’s clothes in warm water before washing them to make it easier to remove stains. 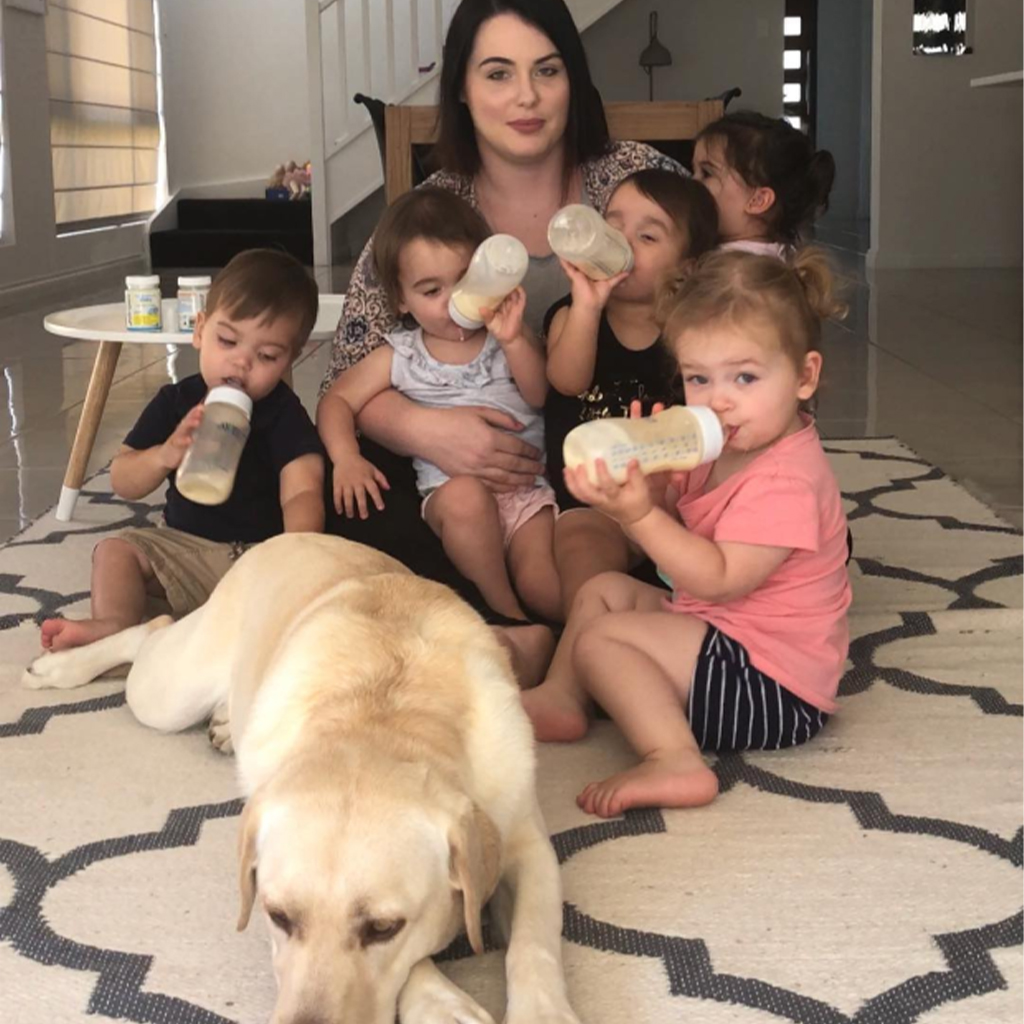 Since having 5 more children, Kim Tucci has also learned how to save money to get the best budget for the whole family. This mother confessed that she only spends 350 USD per week for the whole family of 10. “I usually go to the big stores on the weekends and compare supermarket prices to make sure I get the cheapest price. I buy all the fruit and vegetables for my family from a local market because I live there. That’s very cheap. The items that usually have the biggest discounts are usually bread, milk and cheese. We can eat 8-9 loaves of bread a week, 60-70 pieces of fruit, 20 liters of milk and a very big block of cheese”. 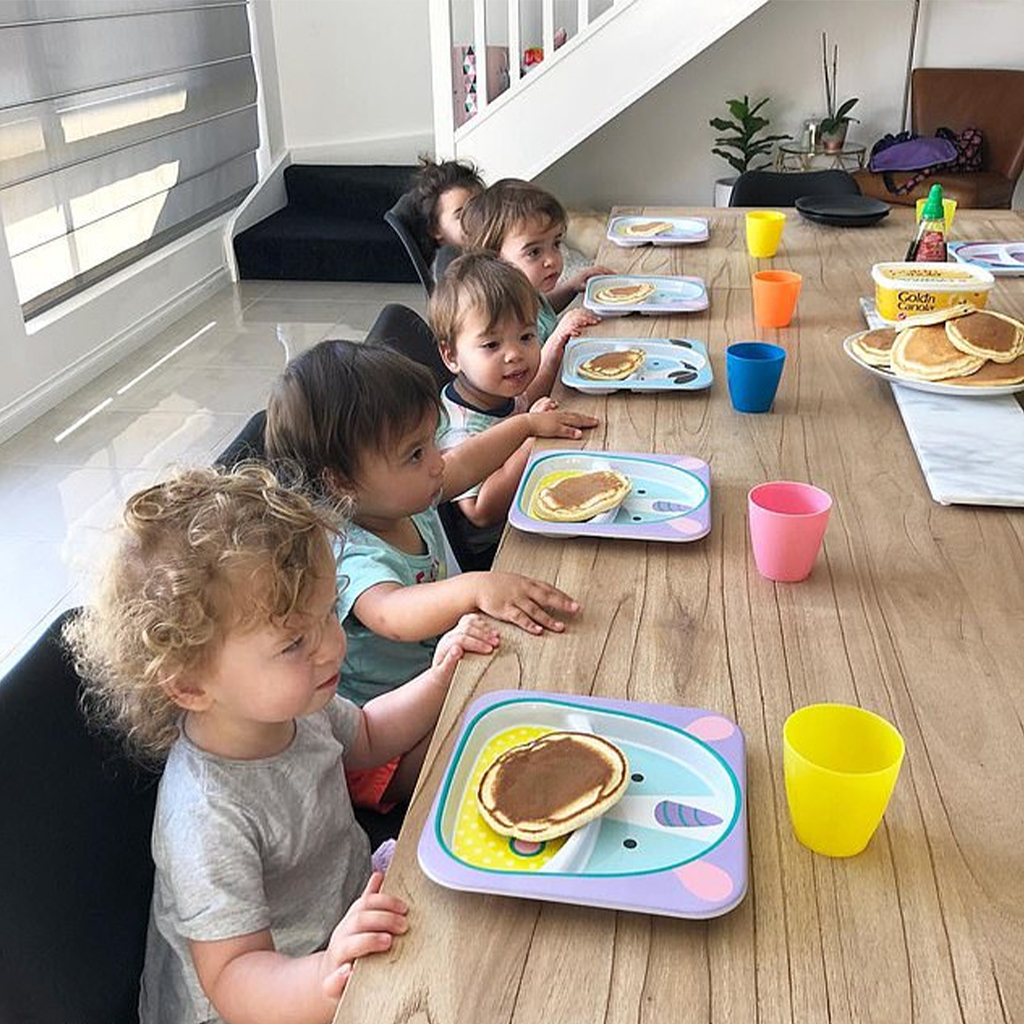 The mother of eight said she always feels lucky because none of her children have fussy eating habits. If she is too busy for a full meal, Ms. Kim simply makes spaghetti from vegetables and meat available in the house, grinds it into a sauce and eats it with pre-boiled noodles. Ms. Kim will cook porridge the night before and then in the morning just heat it up for the whole family to eat before going to work and school. 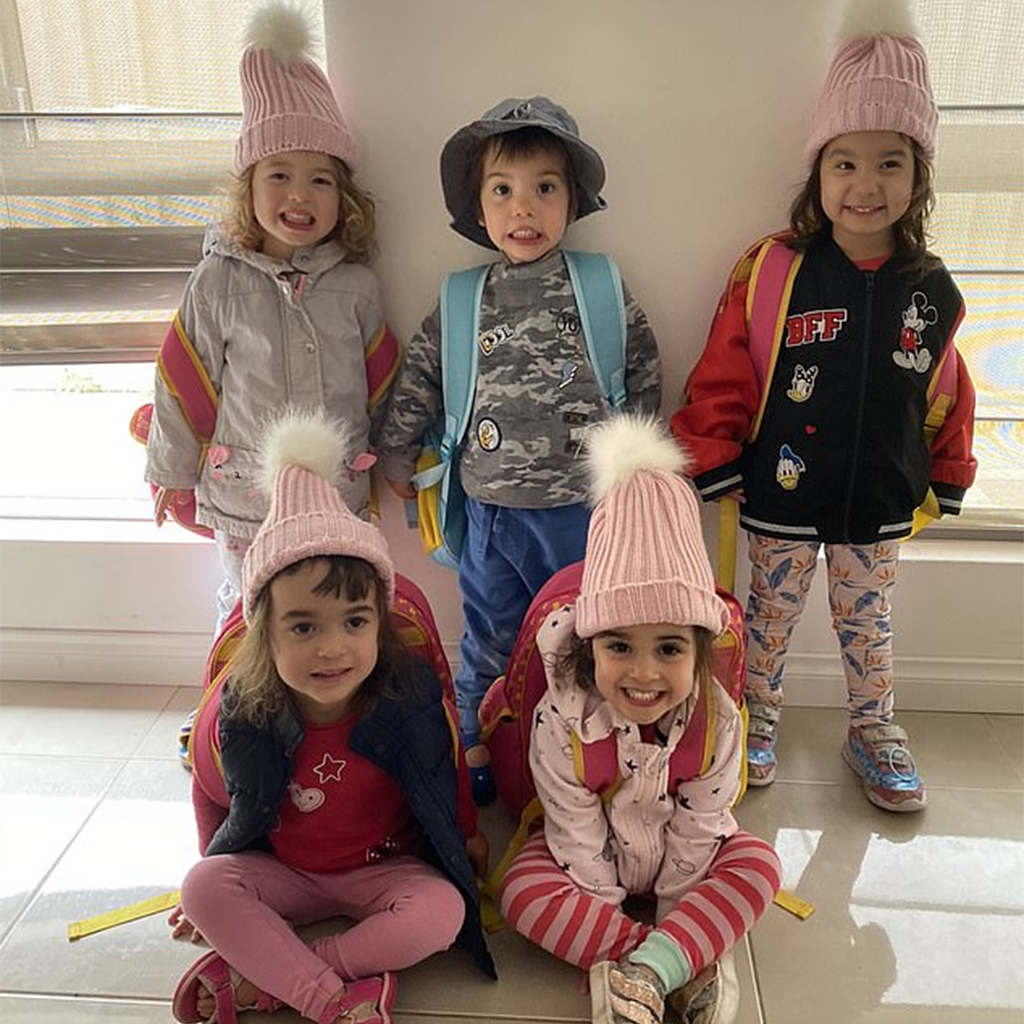 When the news that Ms. Kim Tucci gave birth to five naturally was spread, many people could not believe it, even suspecting that Ms. Kim went to artificial insemination. However, this mother claims that she conceived completely naturally and this has a rate of only 1/55,000,000 cases in the world. 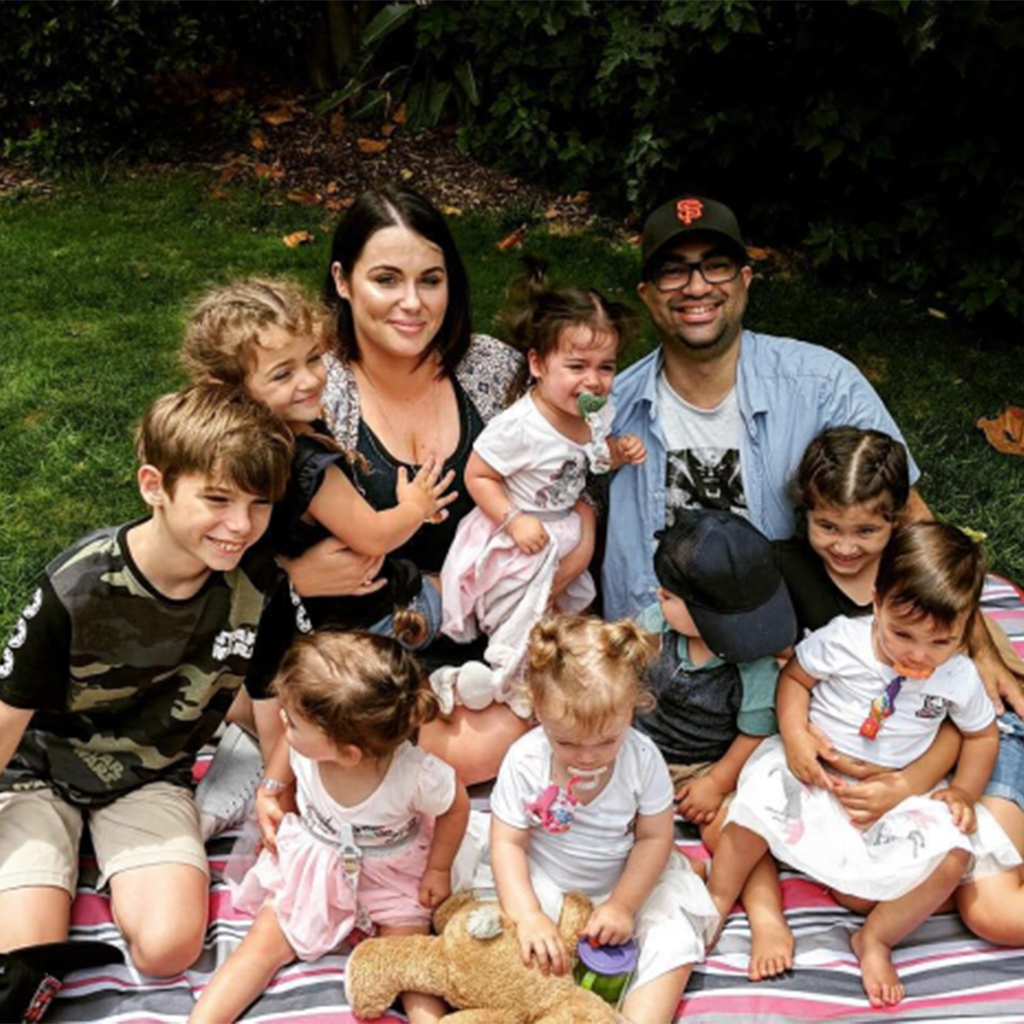 Ms. Kim confided that raising 8 children makes her feel exhausted and cry at times, but sometimes, seeing the children healthy and happy, she uses that as her motivation. “I’ve discovered over the past few years that I’m going to burn myself out if I keep going like this. So when the kids are asleep, I’ll put everything aside and go to sleep. There’s always work to do, but I do it. A few months ago, I had a very bad day and cried a lot in the shower, but my two older children came up to comfort me, saying they wanted to help me. I feel very lucky to have obedient, understanding children,” Kim shared.