A unique medical case has occurred in the UK. Beata Bienias, 37, underwent IVF when she was already pregnant with twins. The term was so short that the doctors simply did not notice the fertilized egg and implanted another embryo into the woman. As a result, after 10 years of treatment and despair, the couple became the happy parents of three babies, born on the same day but conceived at different times.

Beata and her husband Pavel dreamed of children. But for 10 years of marriage, they did not manage to conceive a child in a natural way. The problem was the illness of a British woman (she was diagnosed with polycystic ovaries) and her being overweight, which exceeded 100 kg. The couple tried different methods of treatment, but there was no result.

“My husband and I were already desperate and were ready to give up because of the diagnosis that hung over us like a sentence. Yes, and I was firmly convinced that they would become one of those women who would never experience the happiness of motherhood. But how wrong I was, miracles still happen!” Beata says happily. 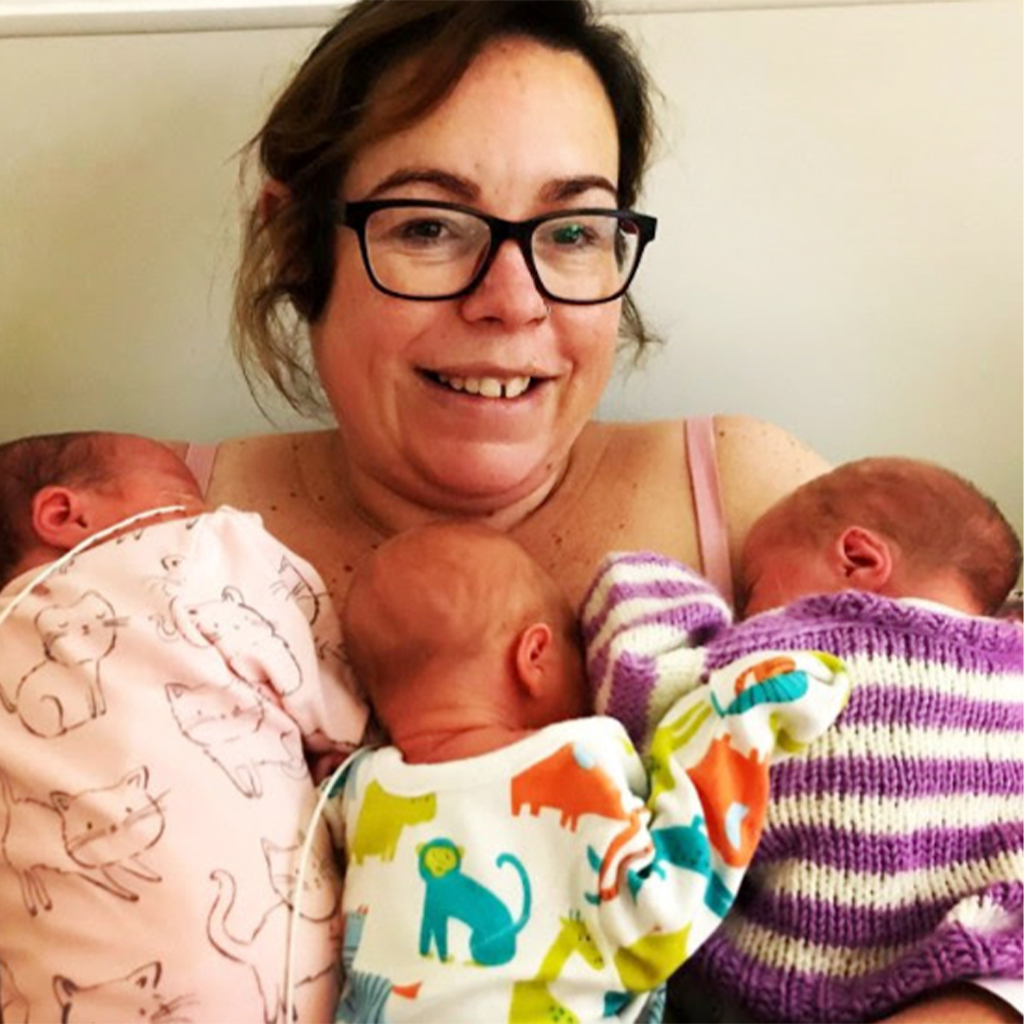 Beata and her husband had one more, albeit illusory, option – this is IVF. However, when the British woman came to the clinic for a consultation, the doctors set her a tough condition. With a weight of 109 kg, she needed to lose at least 30 kg.“I realized that I need to lose weight. And I had a huge motivation for this – the chance to become a mother,” recalls Beata.

The woman went on a strict diet and began to play sports. After 6 months of effort, she managed to get rid of the long-awaited 30 kilograms. Then, proud of herself and full of hope, Beata again went for a consultation with a reproductive specialist.

The doctor had no reason to refuse this time. The couple passed all the necessary tests and began preparing for the procedure.

Doctors warned the couple that they must strictly follow the rules and refrain from intimacy for the entire period of treatment. But Beata and her husband disobeyed the recommendations and 4 days before egg collection entered into an intimate relationship. And as it turned out later, this disobedience radically changed their future life. 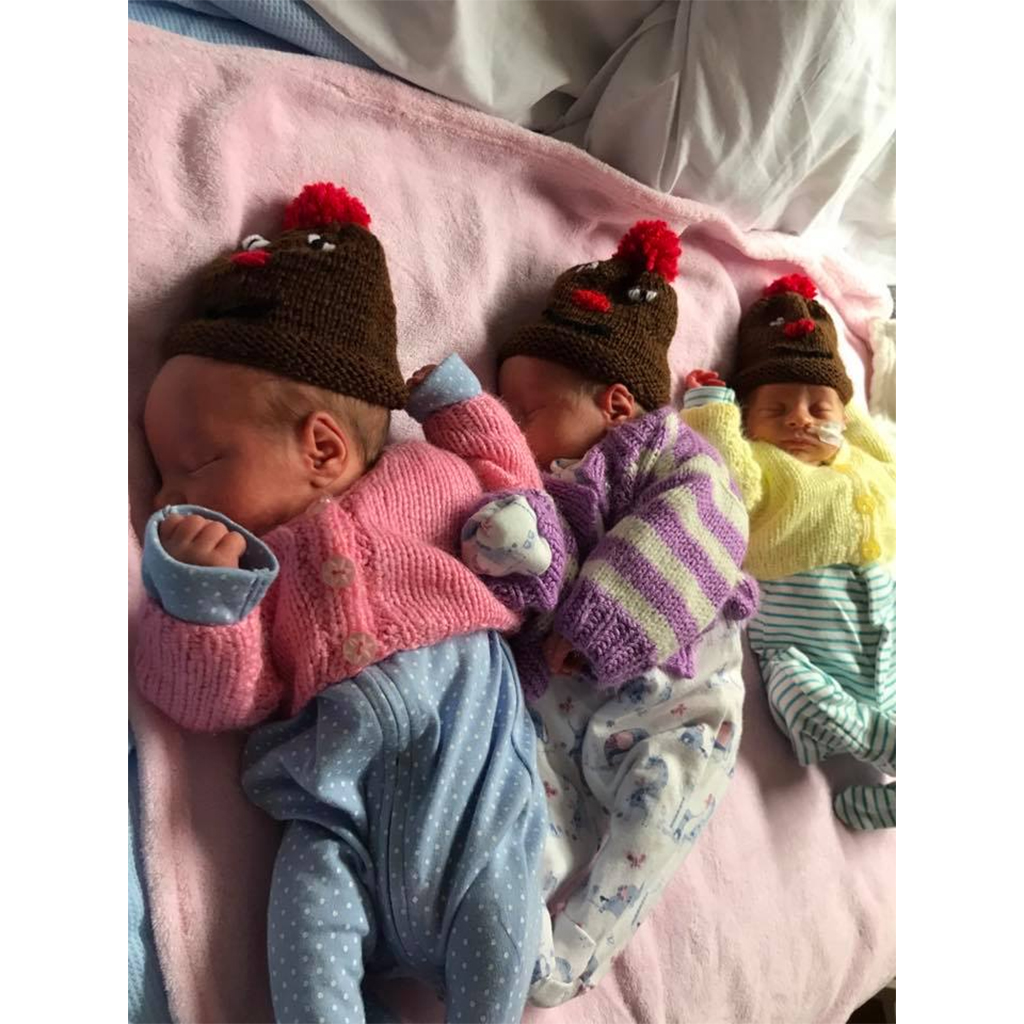 At the scheduled time, Beate had an embryo transfer and was sent home. True, doctors warned that a pregnancy test should be done no earlier than two weeks later. But the woman already waited 10 years, so this period seemed to her an eternity.

“I realized that I could not stand it. Therefore, nine days after the transplant, I ran to the pharmacy for a test. And a miracle happened, it showed two stripes! At first I did not believe my luck, so I did five more tests to be safe. All turned out to be positive,” the woman recalls with joy. 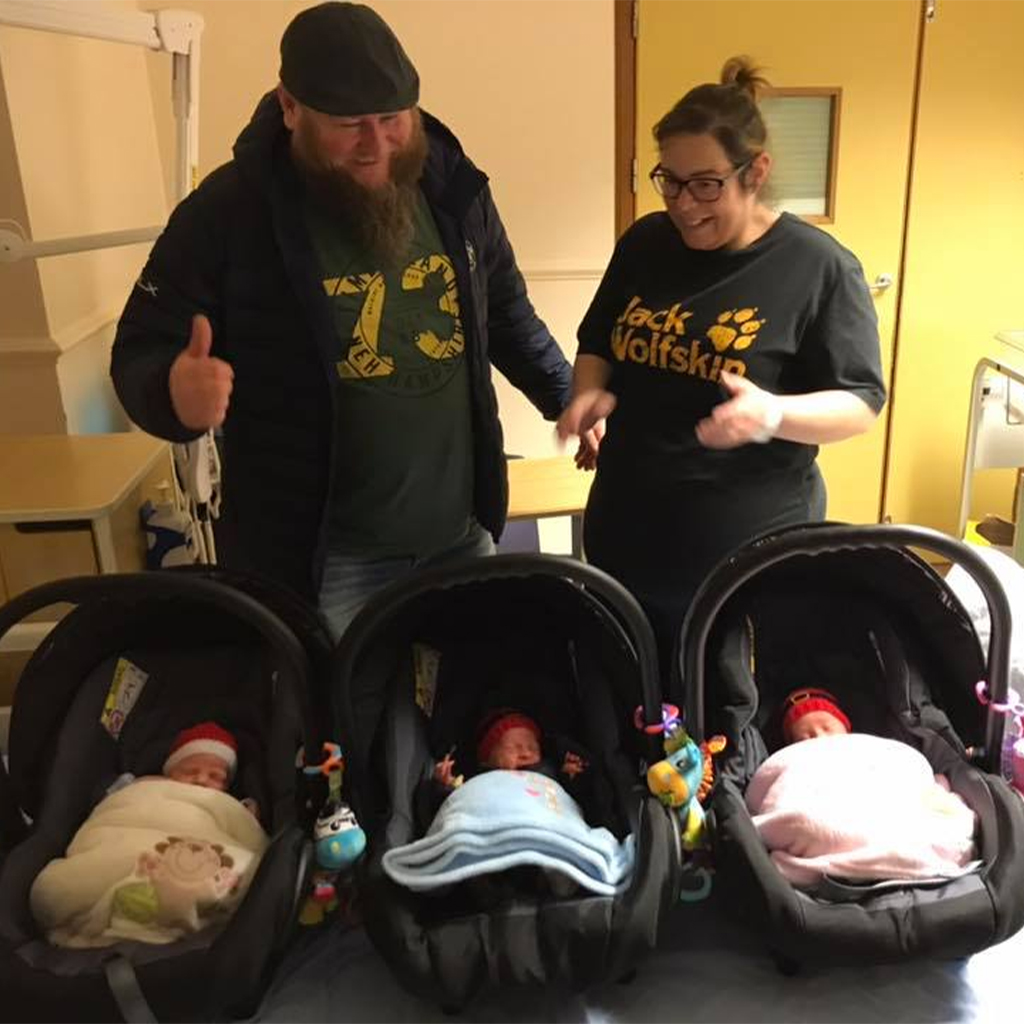 Two weeks later, the couple came in for a routine ultrasound. The doctor explained that the period was still too short and asked future parents not to be upset if they did not see anything at the first diagnosis. But, future parents, like the doctor, were in for a real surprise.

“I laid down on the couch and calmed down. My husband was standing next to me, holding my hand. After several minutes of staring at the monitor, we saw how the doctor’s face changed dramatically. He turned to us and asked his husband to sit down, and then said, “You will have triplets.” We could not believe his words,” recalls the happy mother. 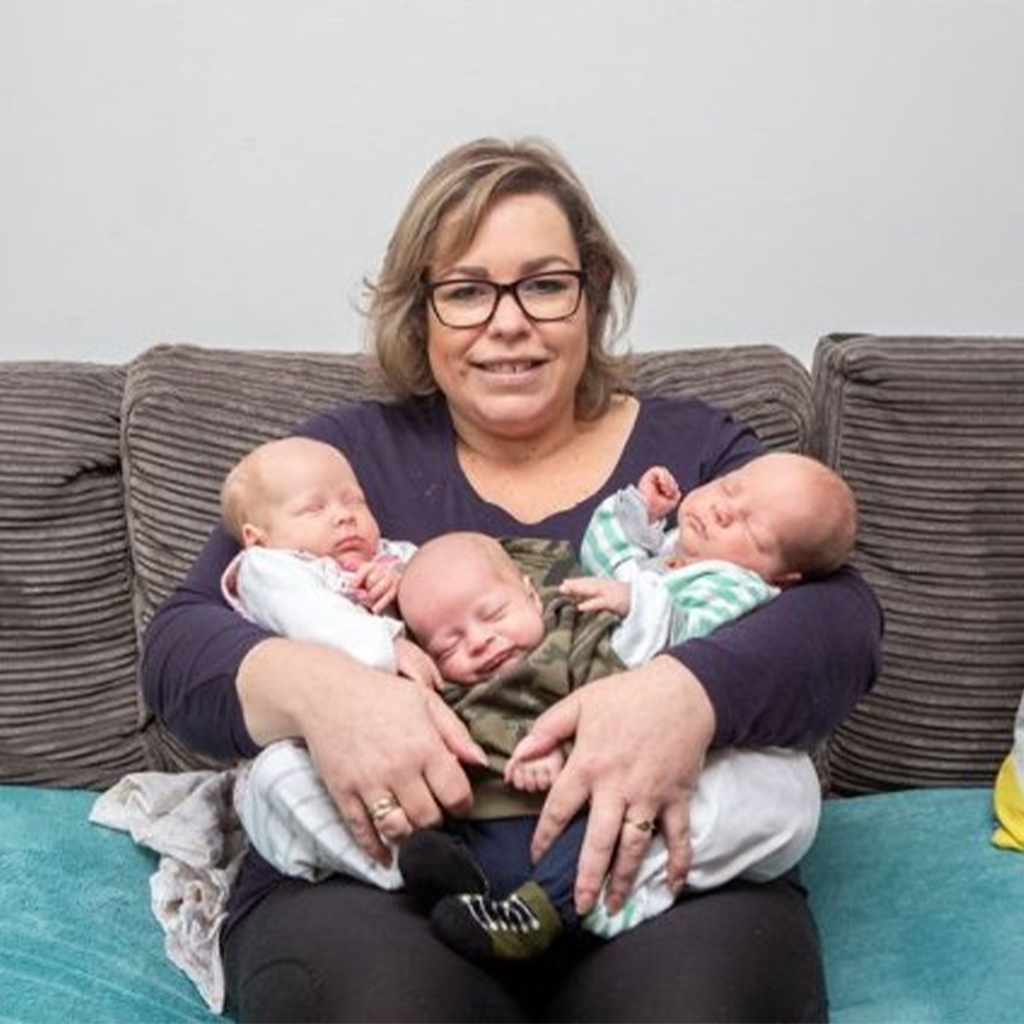 Yes, multiple pregnancies and IVF are normal. But the fact is that Beate was transplanted with only one embryo. Where did the other two fruits come from, then? The couple conceived them naturally a few days before the procedure.

“Yes, before IVF, we disobeyed the doctor, who talked about abstinence. But I don’t regret it. After all, the result of our act is a “plus” of twins, which we made ourselves without test tubes,” the woman says, embarrassed.

In the practice of reproductologists, there were cases when, before the “replanting” of the embryo, women found out that they were pregnant. But then the future parents decided to interrupt the procedure and bear the child conceived naturally. But to have IVF and a natural pregnancy at the same time is a unique case. 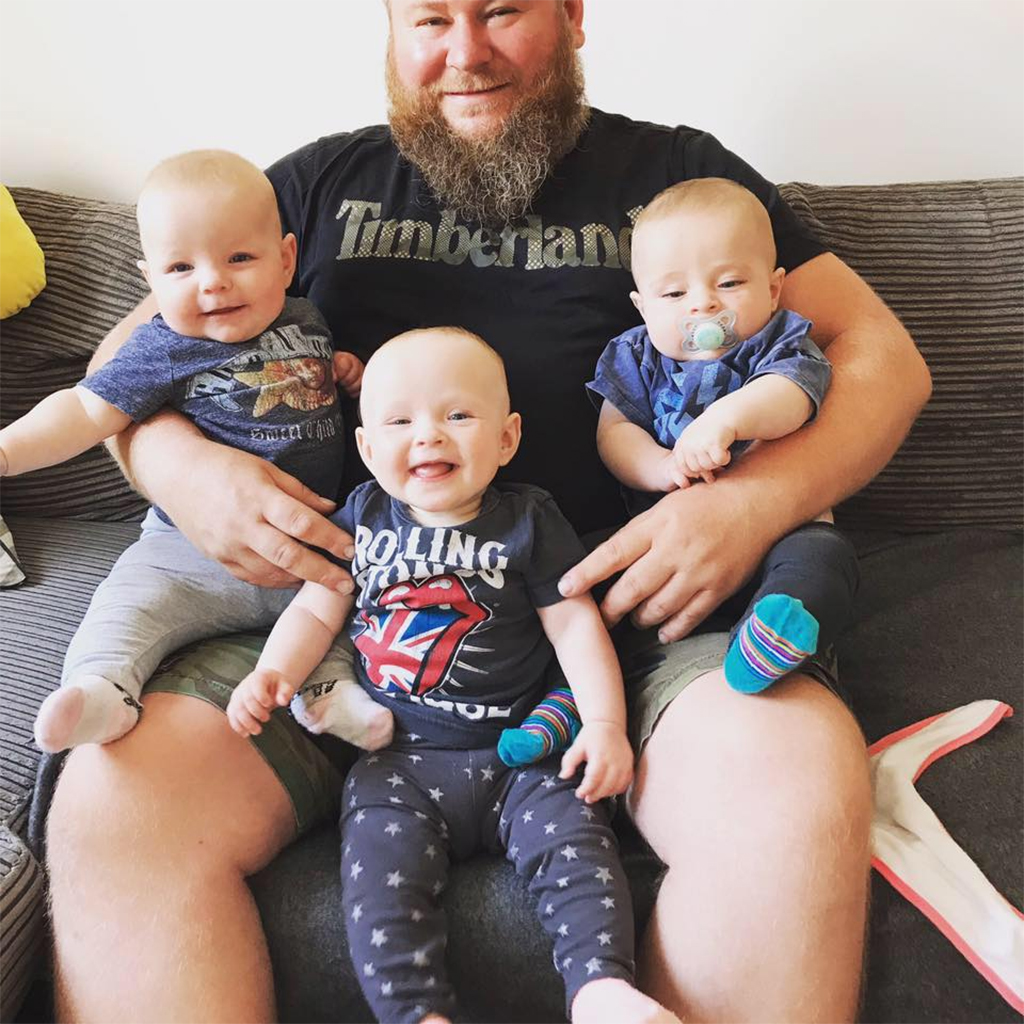 Beata’s pregnancy was easy for triplets. And for a period of 34 weeks, the British woman gave birth to healthy babies: the youngest, Amelia, and twins Matilda and Boris.

“I still do not believe in happiness. My kids are a real miracle. I so dreamed of becoming a mother, but in the end I got even more than I wanted,” says the happy mother of triplets.