In a post on the website Love What Matters, Australian Hailey Brown recalled the challenges she faced when she received the news that two of her three children were albinos. Check out the testimony of this mother, who shares a bit of her daily life with her three children on the profile @snowwhite_sisters on Instagram.

A 17-year-old couple in North Queensland, Australia, embarked on the road to parenthood at a young age. And it marked the beginning of an emotional journey that ultimately led her and her husband to become advocates for their own children and for other children with ᴀʟʙɪɴɪsᴍ.

Hailey and Chayd Brown were high school sweethearts, very young and in love. In 2012, Hailey felt that she might be pregnant and she was right. “My period was late and I wasn’t feeling well, so the idea really crossed my mind. But I was only 17, I was scared and I kept those feelings to myself until I got home and took a pregnancy test. I was right. I was, in fact, pregnant,” she recalled.

Her doctor confirmed that Hailey was pregnant. At 12 weeks, the nervous couple broke the news to family and friends and were met with mixed reactions. “Regardless of her opinions, this baby was ours and we were going to love and raise it to the best of our ability,” Hailey said. Baby Arliyah came into the world five weeks early, on August 27, 2012. Hailey recalled the first surge of motherly love as “indescribable.”

As they both had extremely blonde hair as babies, neither Hailey nor Chayd were surprised by Arliyah’s snow-white hair until a few days after her birth, when a nurse approached her in the NICU, suspecting that the girl had albinism. “I went home that night and told my parents and Chayd what the nurse had said,” Hailey recalled. “Everybody started googling.”

So an ophthalmologist evaluated Arliyah, who “held her little eyes open with these metal spikes,” Hailey said. The doctor confirmed that Arliyah was indeed blind and that she was an albino. The young mother was distraught, so she took the baby from her and cried. However, while her husband and father continued to do more research on albinism, Hailey was in complete denial. “I remember thinking that night, ‘everything will be fine.’ I will wrap her in bubble wrap and keep her by my side forever,” Hailey said.

It soon emerged that Arliyah could see well enough to navigate the world but was still classified as “legally blind.” However, Hailey struggled with the demands of her daughter’s diagnosis. “There were days when all she did was cry,” she explained. “Then there were days where I just laughed and grinned from ear to ear because I was blessed with this precious little girl.”

Hailey found support by talking to other parents of children with albinism. Then, when Arliyah was 18 months old, Hailey became pregnant with her second child. Reagan was born on August 14, 2014. Arliyah and her brother, who does not have albinism, quickly became inseparable. “Pretty soon, we got pregnant with our third child,” Hailey continued. “Because Chayd and I carried the gene for albinism, any child we had together would always have a 25 percent chance of having albinism.”

Mackenzie was born on September 10, 2016, with snow white hair, like her older sister. Hailey described it as “not nearly as scary this time. (…) She and Arliyah were meant to do this together,” she said.

Life became hectic for the family of five as they overcame obstacles between different therapies for the girls, but despite everything, everyone was happy. Arliyah needed eye surgery and speech therapy from Reagan, but an unexpected hobby imbued the brothers with a new fighting spirit: Muay Thai. Today, Arliyah trains four times a week.

“No one can believe it, with her lack of vision, that she is such a strong fighter,” explained her proud mother. “She is the only known legally blind girl to do Muay Thai in Australia.” 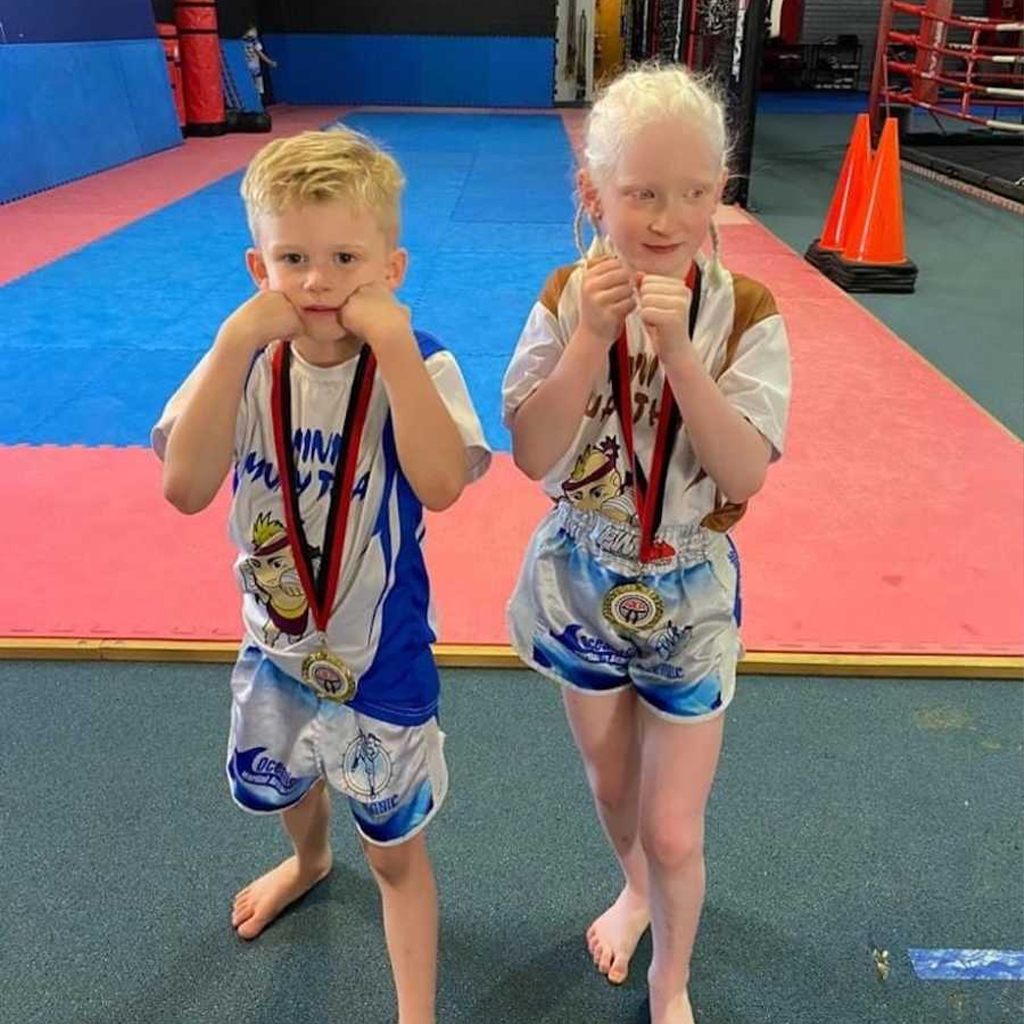 Mackenzie, by contrast, is Hailey’s “little dancing princess” and is much more concerned about her vision loss compared to her older sister. She even needs more therapy sessions than Arliyah. Just like most kids her age. 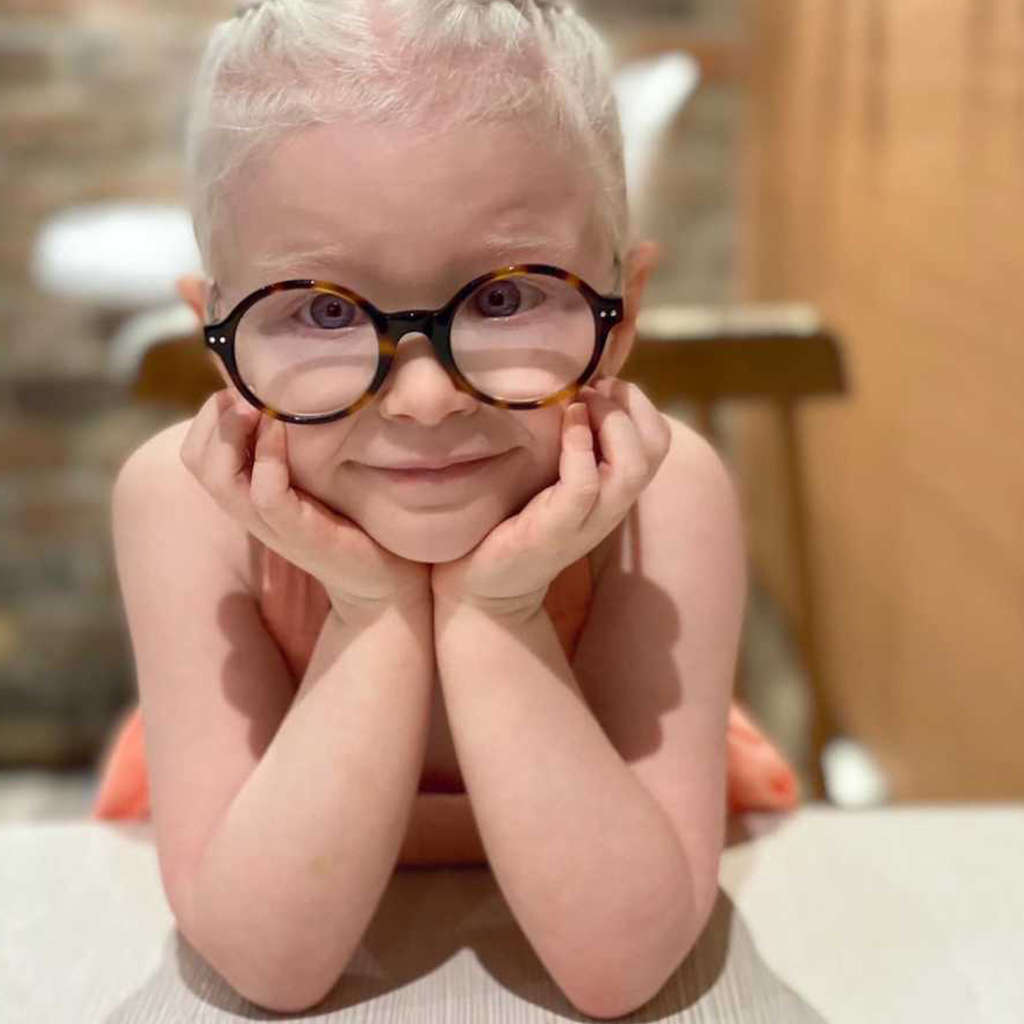 Elsewhere, Hailey praises her son, Reagan, for growing up amazingly accepting of difference and disability and for playing a crucial role in the home.

At the time of this writing, 6-year-old Reagan is awaiting an autism diagnosis. Mackenzie, 4, will be starting kindergarten soon, and Arliyah, 8, will be entering third grade. Hailey shares her daughter’s progress with the world on an Instagram page, the Snow White sisters. 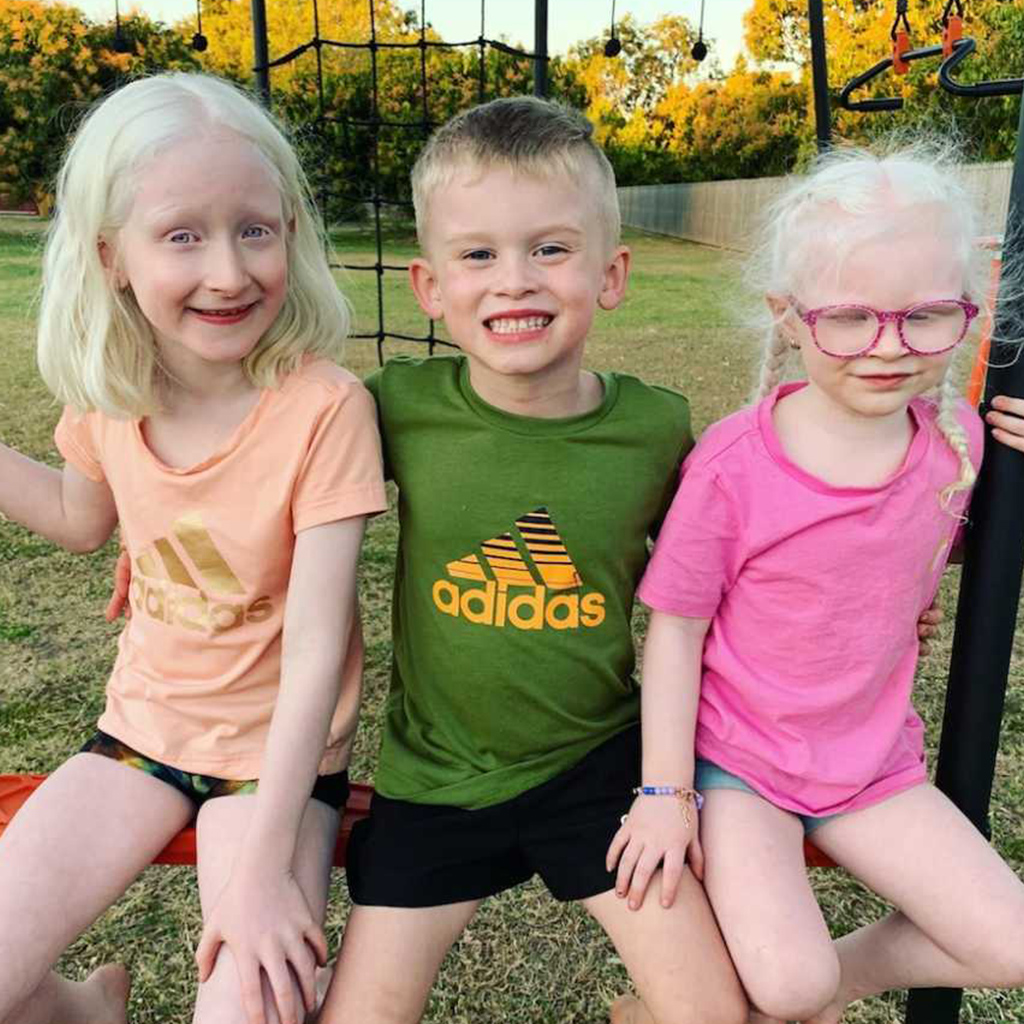 In 2020, Hailey also started her own business, Albinism Warriors, where she offers a collection of the best hats, swimwear, sunglasses and eyewear for children with albinism.

“For us as a family, learning to appreciate life has been the greatest gift of all,” Hailey wrote in Love What Matters. “I know there is no way I would be the person or mother I am today if our trip wasn’t the way it is.”