A mother-of-four has shared the raw photographs from when she gave birth to her son on the toilet. Brittany says she feels “empowered” by the images as they are a reminder that her body was her children’s “first home.”

Brittany Noschese, 29, from Maryland, wanted to experience a water birth in the comfort of her home and even had a birthing tub set up in her bedroom, but her son, Nash, couldn’t wait any longer and came when Brittany least expected it. “With my third child, I decided I wanted to do a home birth so my two eldest children, Jett, then six, and Ella, then five, could be there too,” she explained. “It was also supposed to happen during my first water birth, but in my own home environment.”

“I get goosebumps just by looking at the pictures; each photo tells a story, and you can feel the emotion. I would love for people to realize that they already have the power within themselves,” the mom said. “Births do not always go as planned, but each one of them can be a positive and empowered one. Each birth story is unique and sacred.” 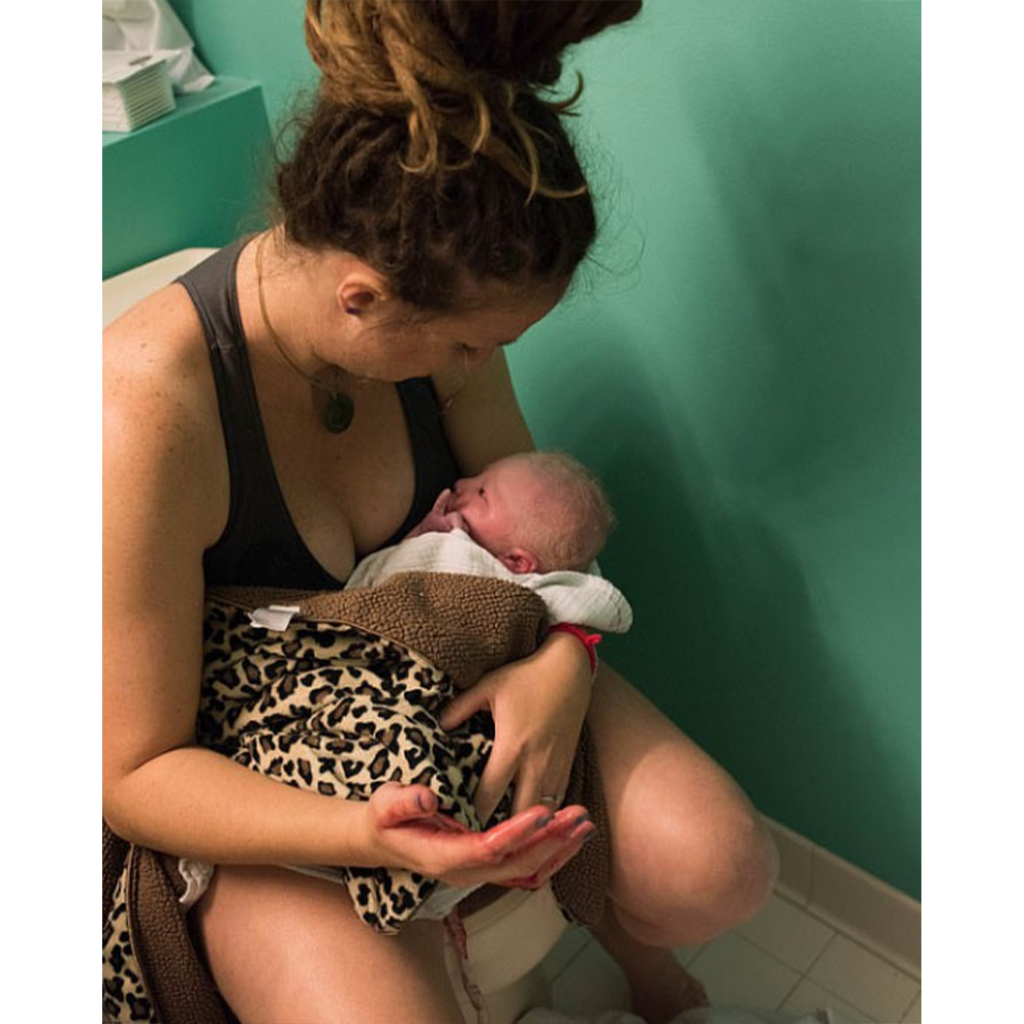 During the early hours of the morning, Brittany woke up with an urge to urinate, followed by another urge less than 20 minutes later. But the third time, there was blood, and she immediately knew she was about to give birth. She woke her husband, Zane, 31, who called their birth photographer, doula, and midwife, who didn’t answer. 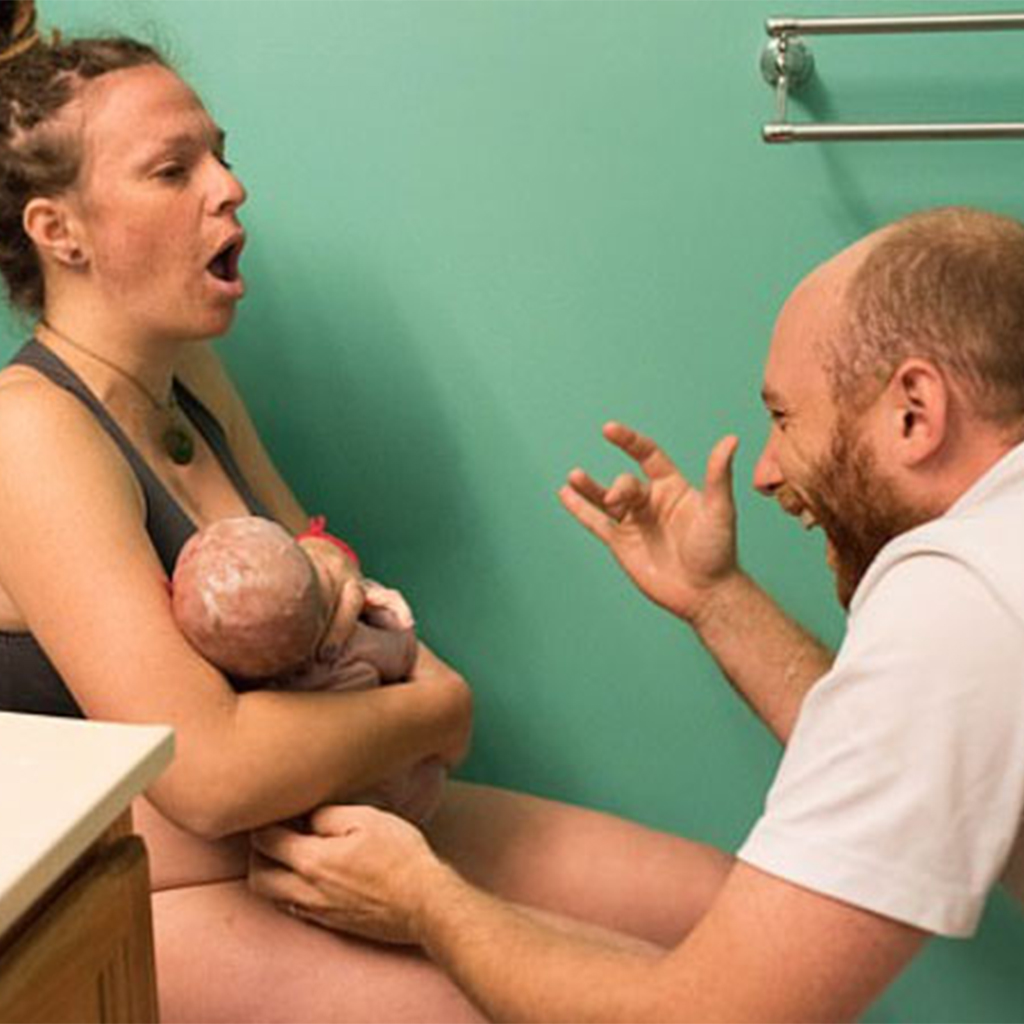 She added, “I knew it was happening and that I was going to meet my little one very soon. My body was progressing pretty quickly, and I couldn’t find a comfortable position on the birthing ball. The tub wasn’t full enough for me to get in just yet, but my contractions had started. I got on my hands and knees for the remainder of the time, but I felt the urge to pee, so I went to sit on the toilet and felt a sudden, huge pressure on the bottom of my belly.” 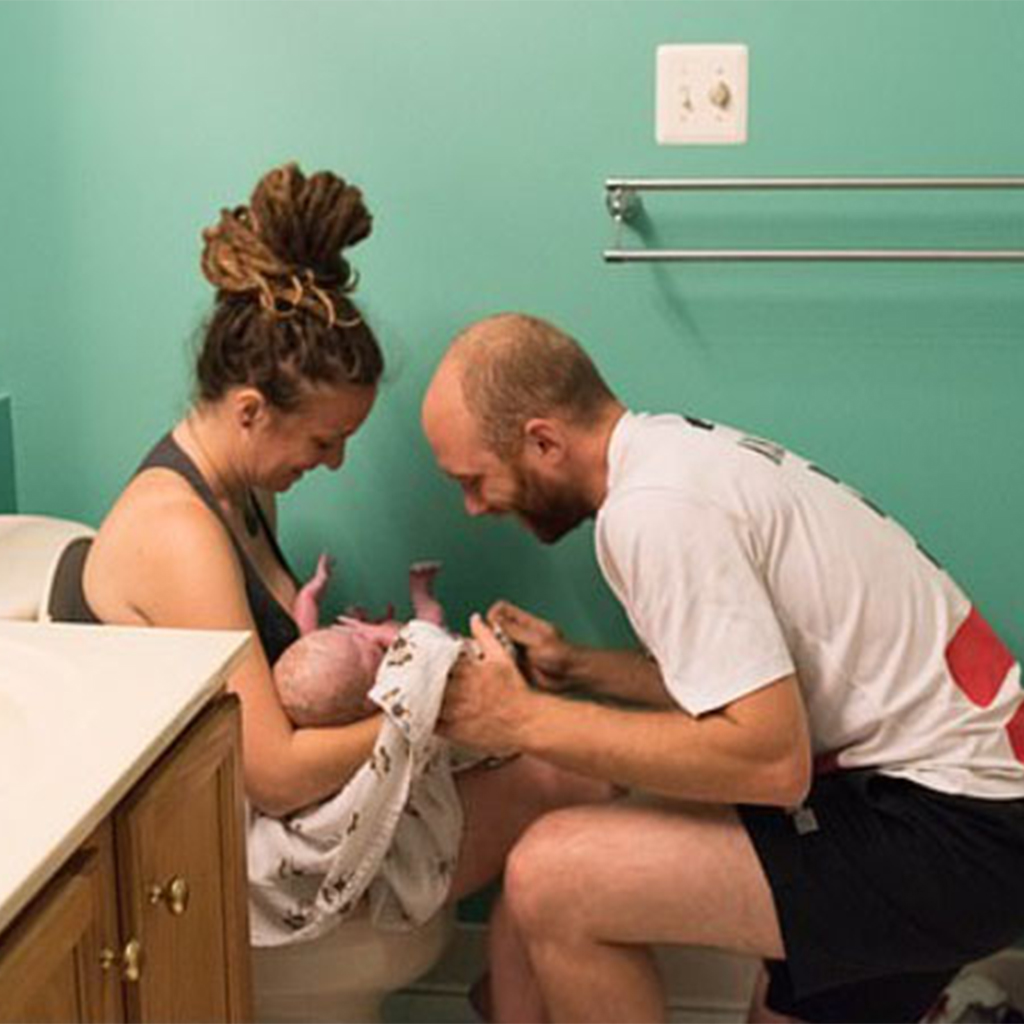 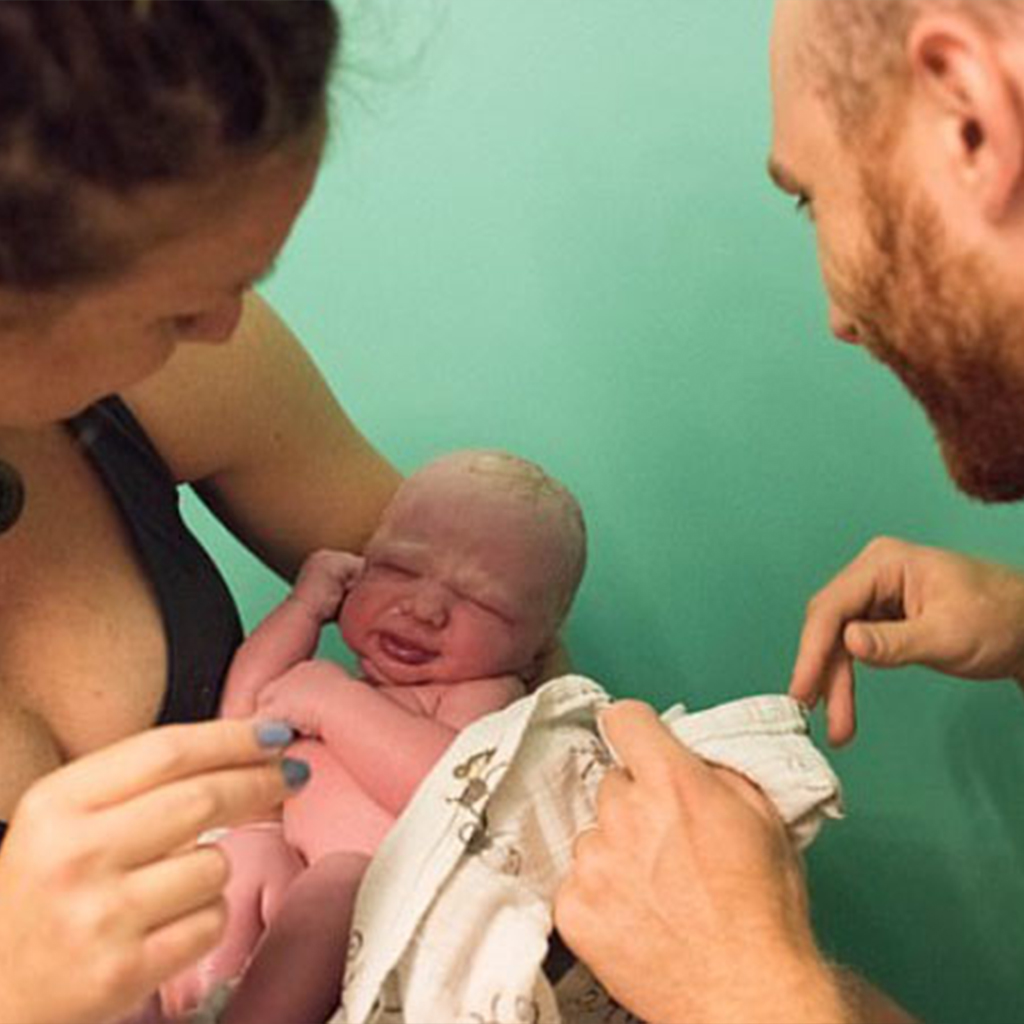 Brittany recalls feeling a “huge pop” as her water released, and she had no choice but to give birth on the toilet as the baby was coming. “I sat back down on the toilet, and I slowly felt the baby making his way down in my body,” she explained. “I did not push; my body did. As I told Zane, ‘The head is coming!’ I was comfortable on the toilet, so I decided to stay there.” 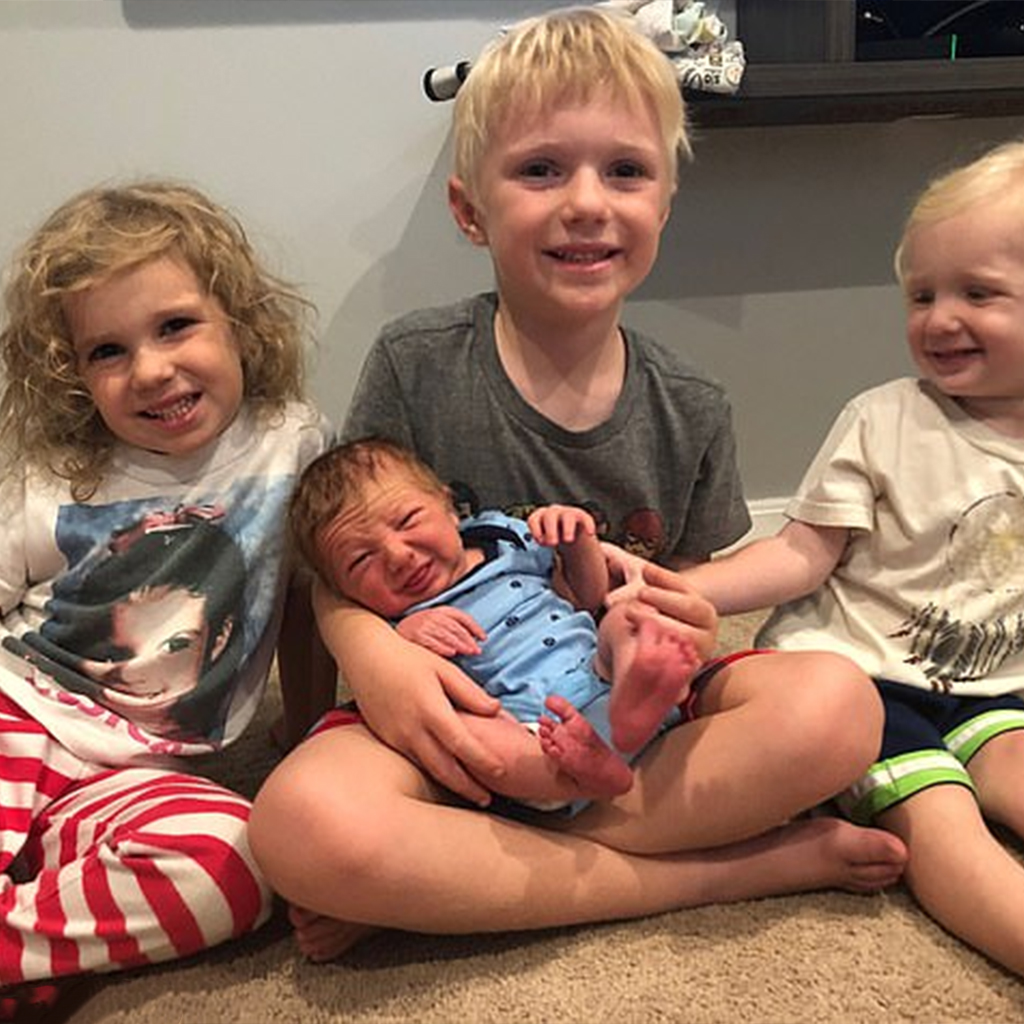 “The midwife arrived 18 minutes after I gave birth and immediately checked Nash’s heartbeat and made sure I was OK. We were both healthy and doing just great then I explained what happened, and she was very calm and happy for me.” 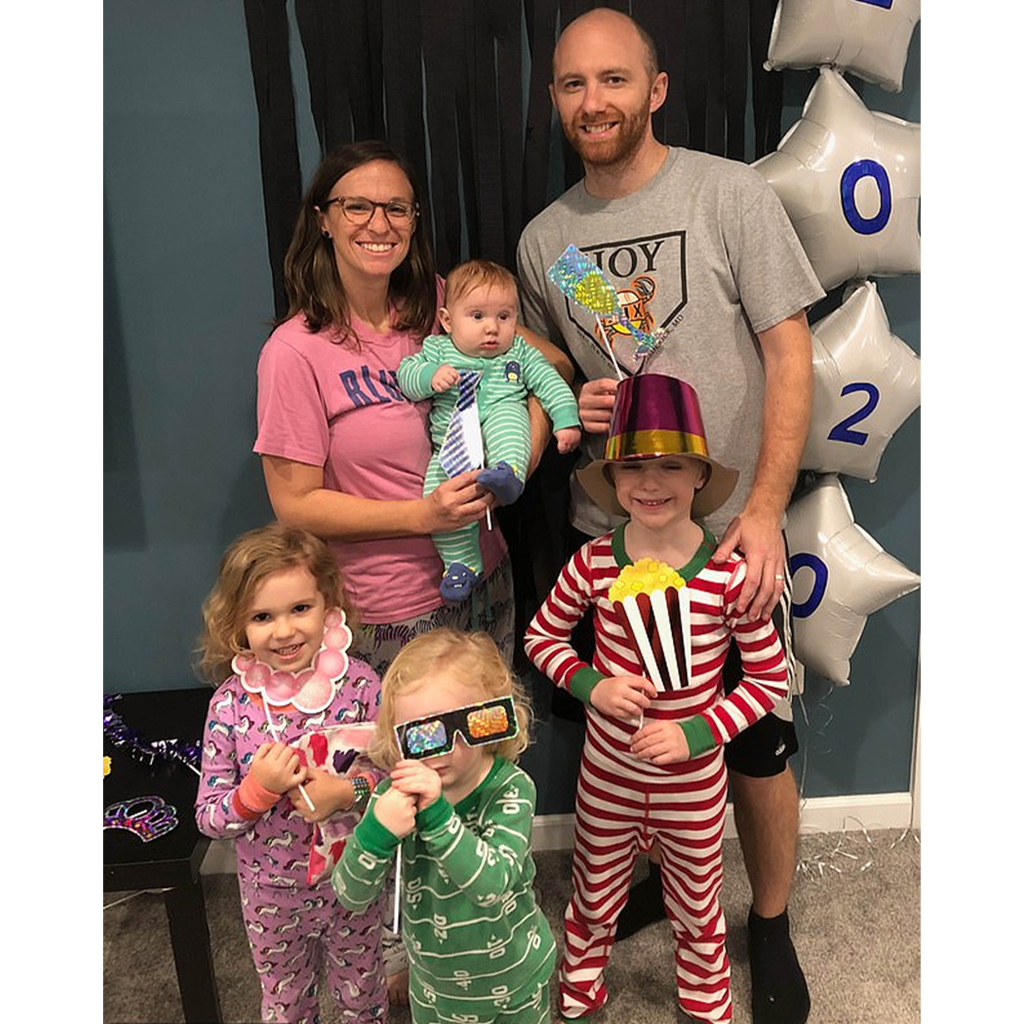 “The unconventional birth of Nash, now three, led to my decision to have an unassisted home birth with my fourth child, Crew, aged seven months. I feel inspired and empowered when I look at the photos, as they remind me that I grew and carried my children in my body, and that my body is their first home,” she added.