The creative and caring mother of young children is getting huge reactions on social media after her invention to cheer up her boy.

Carolina Giraldelli, an influencer who has thousands of followers on Instagram, wanted to do something for her boy that would show him that he is not different. The woman receives huge amounts of virtual applause and support from her followers when she describes through photographs and stories the rare condition of Enzo Giraldelli, her son, who was born with a very special birthmark on his face that covers part of his nose and especially his forehead.

A genetic trait that over time has made the little boy the victim of prying eyes full of pity, contempt, and fear. “It’s not always easy with looks, but my husband and I want to show off our boy just as he is,” she writes. 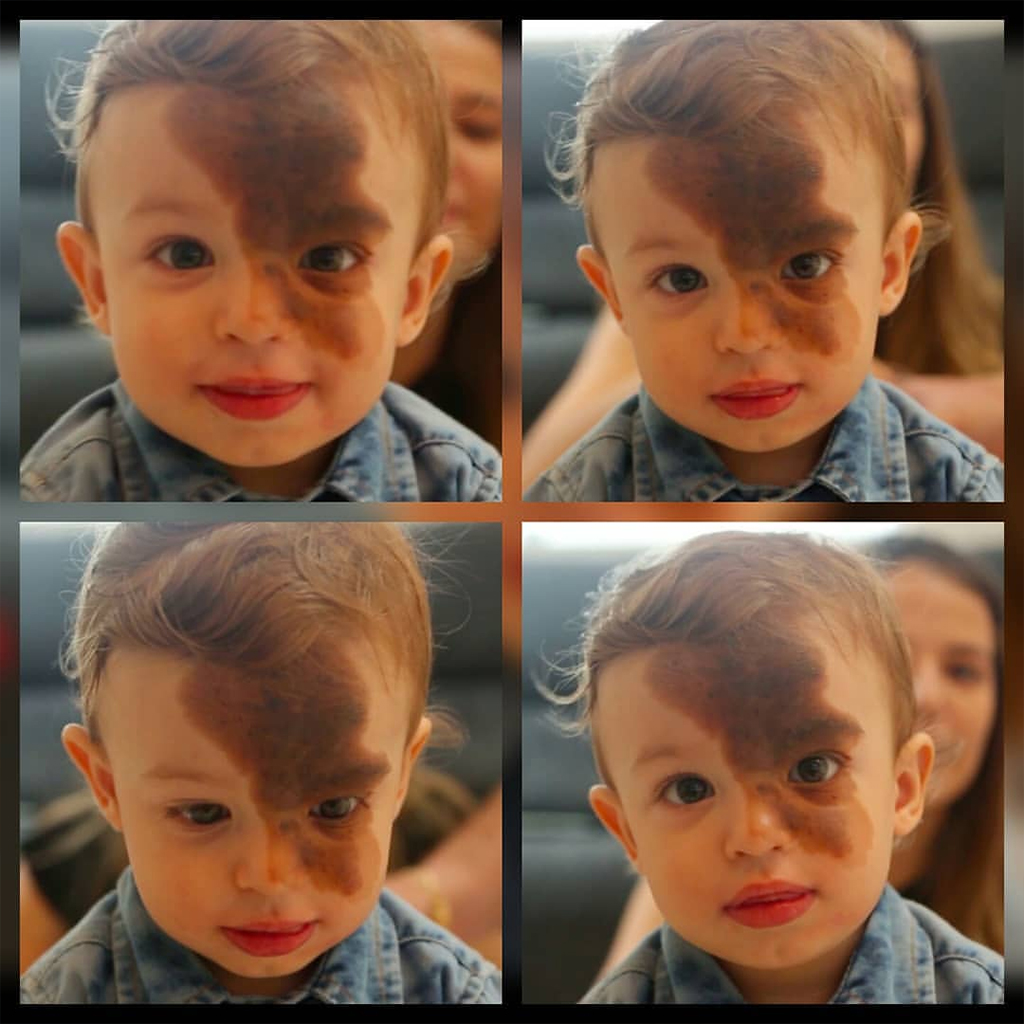 Precisely because Carolina and her husband want to make little Enzo feel accepted by others for who he is and that he is absolutely not different or less worthy in any way, they decided one day to make a very surprising and symbolic gesture.

Mamma Carolina turned to a professional makeup artist and had a birthmark made up that covered part of her forehead and nose, just like the one her son Enzo was born with. 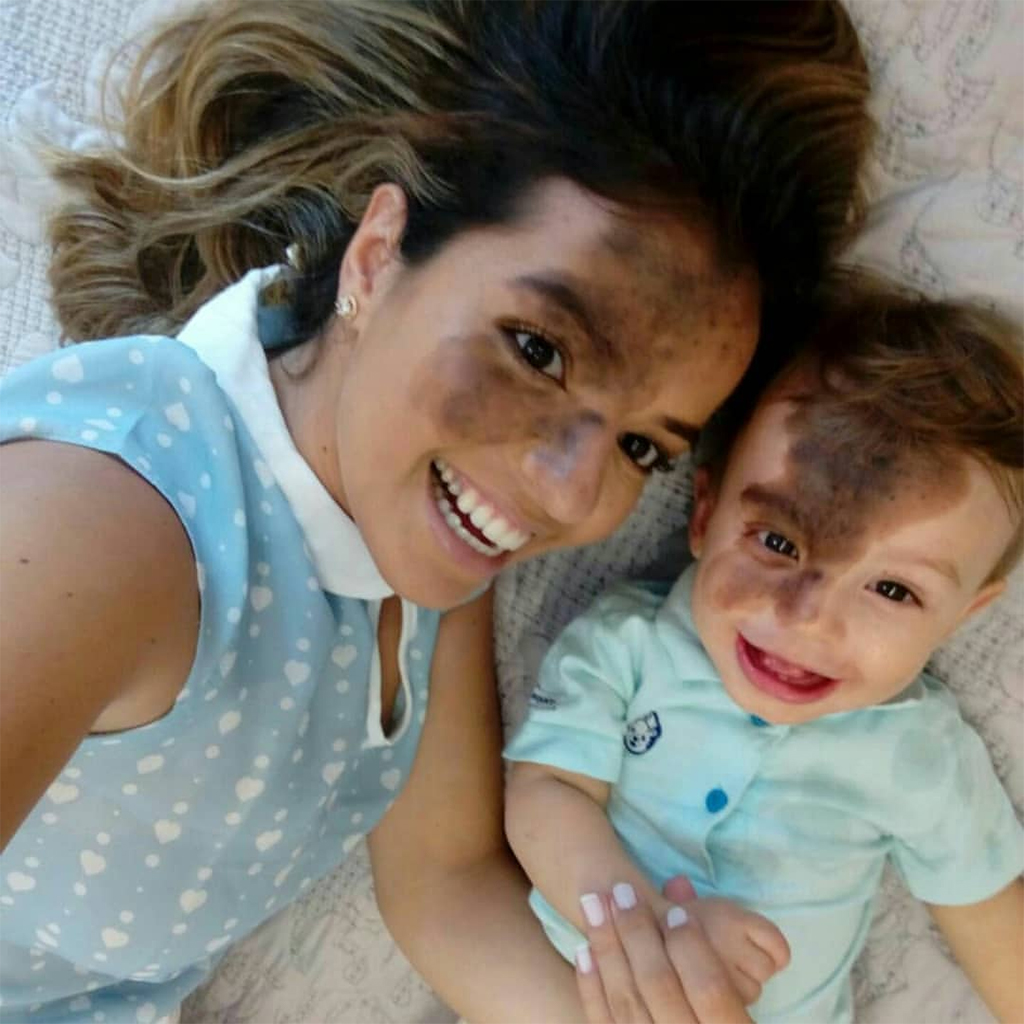 The woman writes that when she went to work, everyone looked at her in a very strange way because she had a special birthmark on her face, which was similar to the one that little Enzo had, but Carolina did not care at all. She knew very well that there was absolutely nothing wrong with being born with such a birthmark, and that putting makeup on her face was one of the most courageous and supportive gestures that mother Carolina could do to make her son Enzo feel more accepted by the rest of the world. 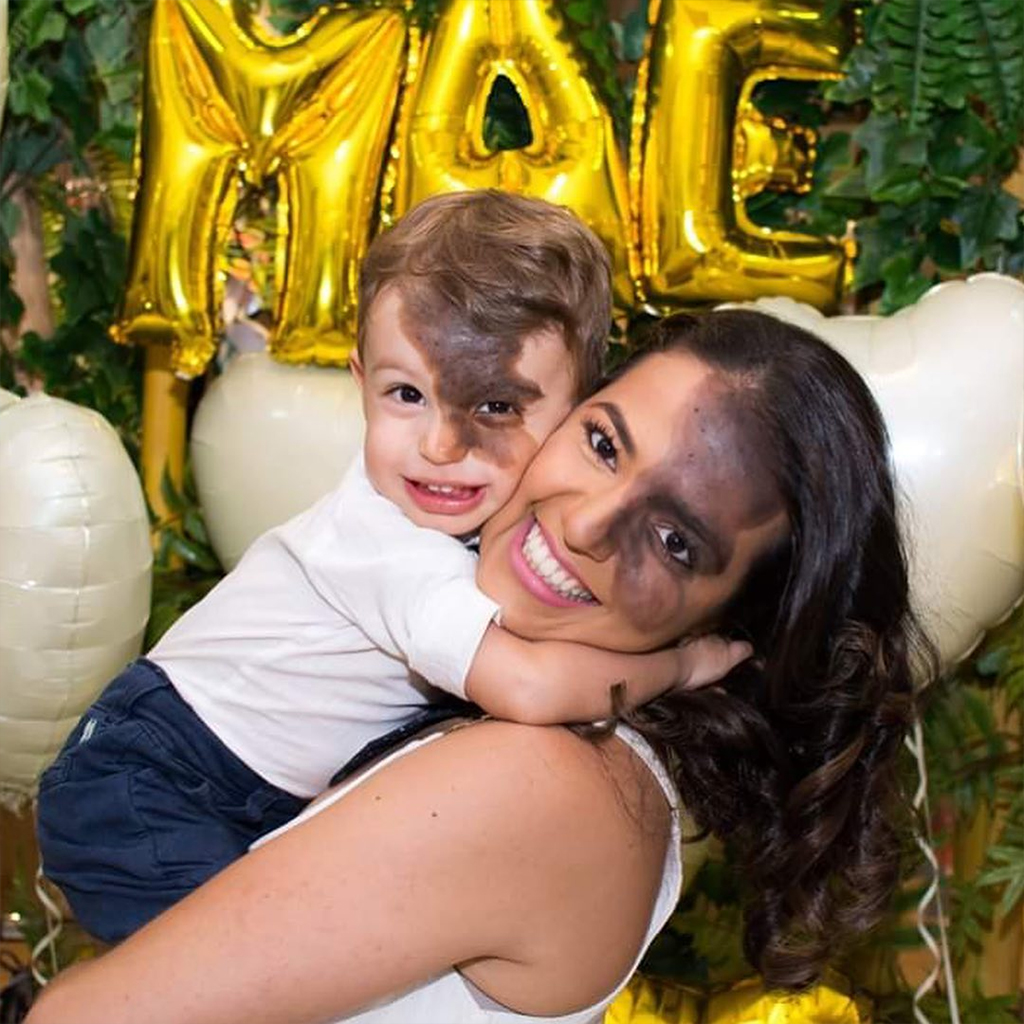 There is nothing a mother would not do for her child, and the story of Carolina Giraldelli and her sweet little Enzo is truly a great example of this!