The story of Joe Hayhoe is extremely curious and interesting. Until recently, she was the mother of 7 children, but now the little ones at home are 9. The latest additions to the large family are twins, who were born in the 37th week of pregnancy. The babies are named Bobby and Blake, and their appearance makes the story of the mother of many children even more impressive because, although they are twins, they were born on different days.

Jo Hayhoe lives in Clacton-on-Sea, Essex. She was the mother of seven children when she became pregnant again, this time with twins. Doctors assure the mother of many children that the birth will go smoothly. And that’s pretty much what happens, except for one surprising detail.

Jo, 38, gave birth to the twins about half an hour apart, meaning Blake and Bobby have different birthdays. Blake came to us at 11:57 p.m. on December 7th, followed shortly by Bobby at 12:26 a.m. the next day. “It’s good that they will have the opportunity to have their own birthday,” says the mother. 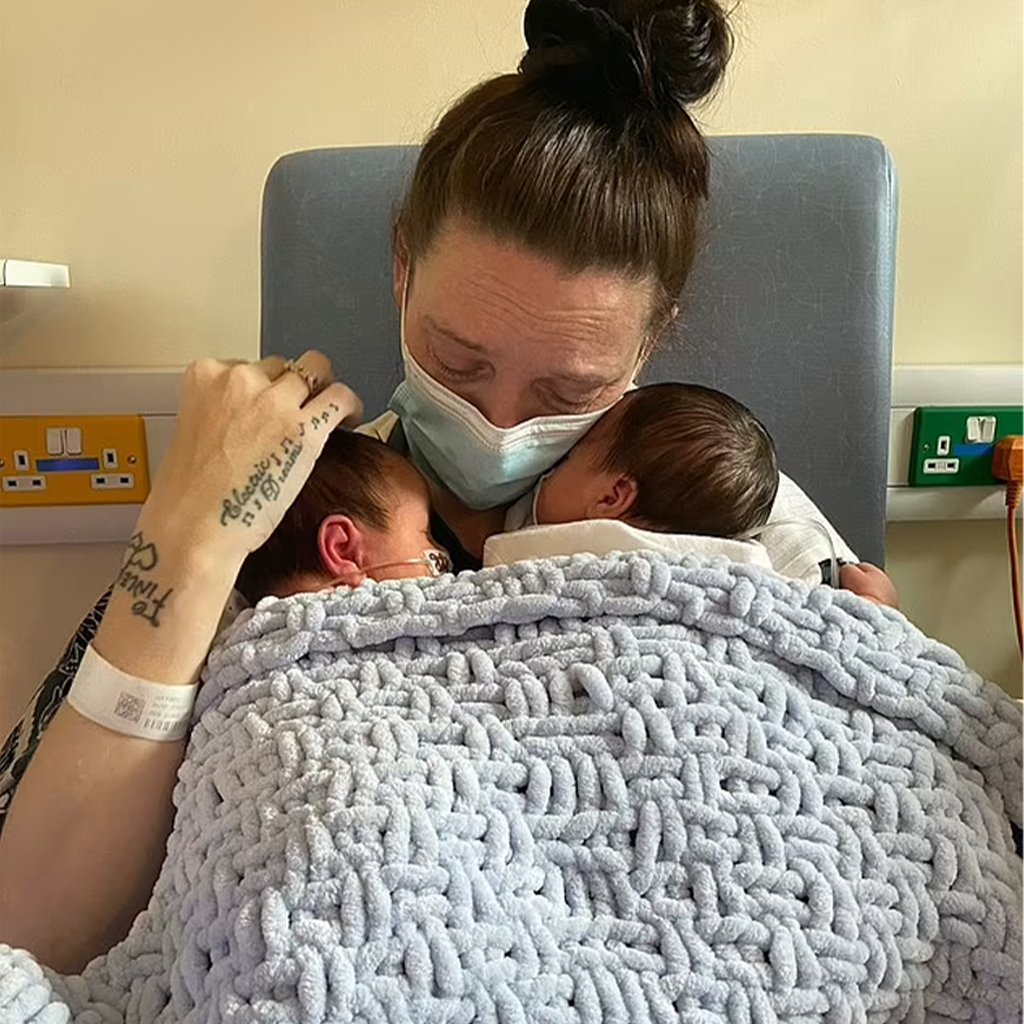 For now, Joe plans to alternate birthdays until the twins are old enough to make up their own minds. They celebrated their first birthday together on December 7, and next year it will happen on December 8.

Although there were no ᴄᴏᴍᴘʟɪᴄᴀᴛɪᴏɴs during the birth, the twins had to be taken to the ɴᴇᴏɴᴀᴛᴀʟ ɪɴᴛᴇɴsɪᴠᴇ ᴄᴀʀᴇ ᴜɴɪᴛ. Blake required a lumbar puncture, and Bobby was born with an air pocket in his lung. The brothers spent two weeks in the hospital before they were able to go home and meet their siblings. And there are so many: Dan, 20, Riley, 17, Emily, 15, Sophie, 14, Jack, 11, Finley, 5, and Teddy, 4. All the siblings at home are surprised by the fact that the twins will have different birthdays. 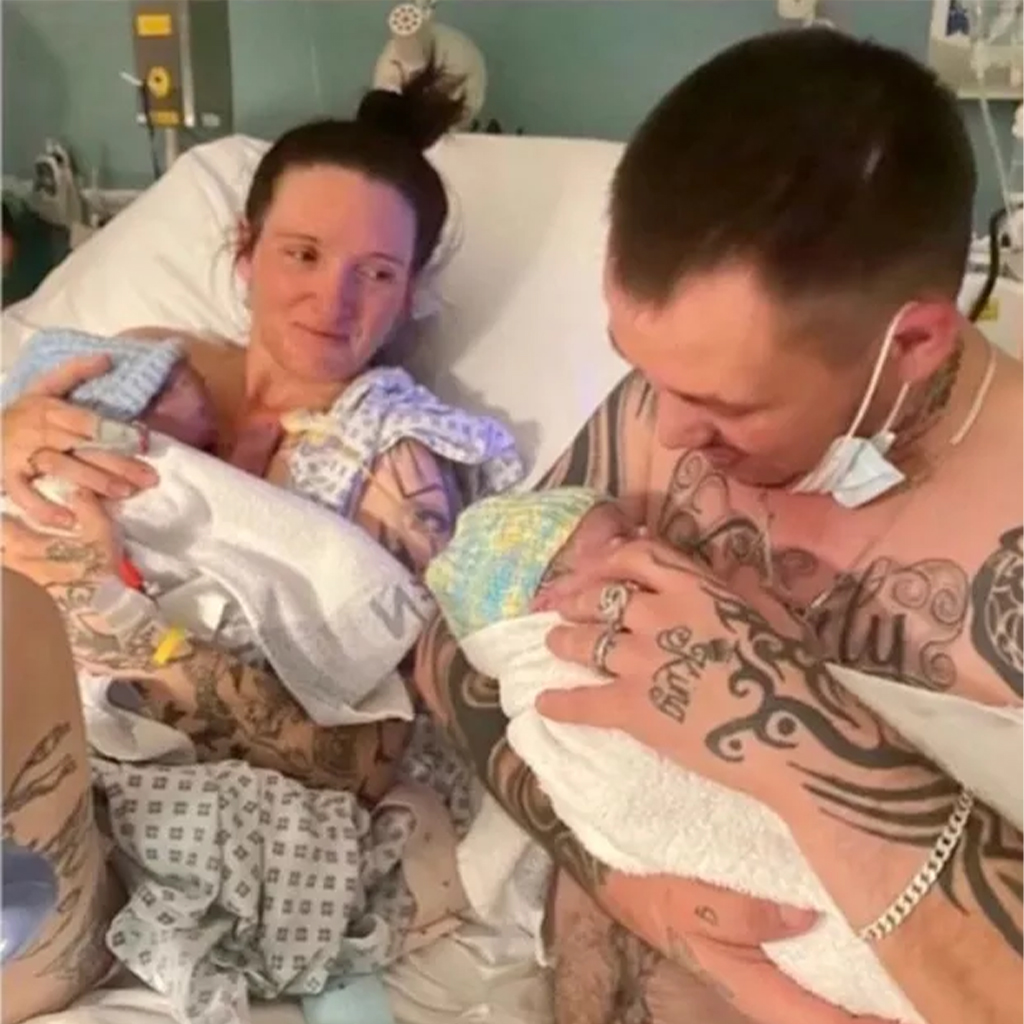 The mother shared, “I’ve heard of twins arriving on different days, but I didn’t think it would happen to me.”

Jo also says that all her births were quick and easy; the hard part came afterwards. The same thing happened now, with the twins. “All my children were at home, and the newest babies were in the hospital; it was a difficult time. But that made their homecoming even more special. Everyone was ecstatic to meet them.” 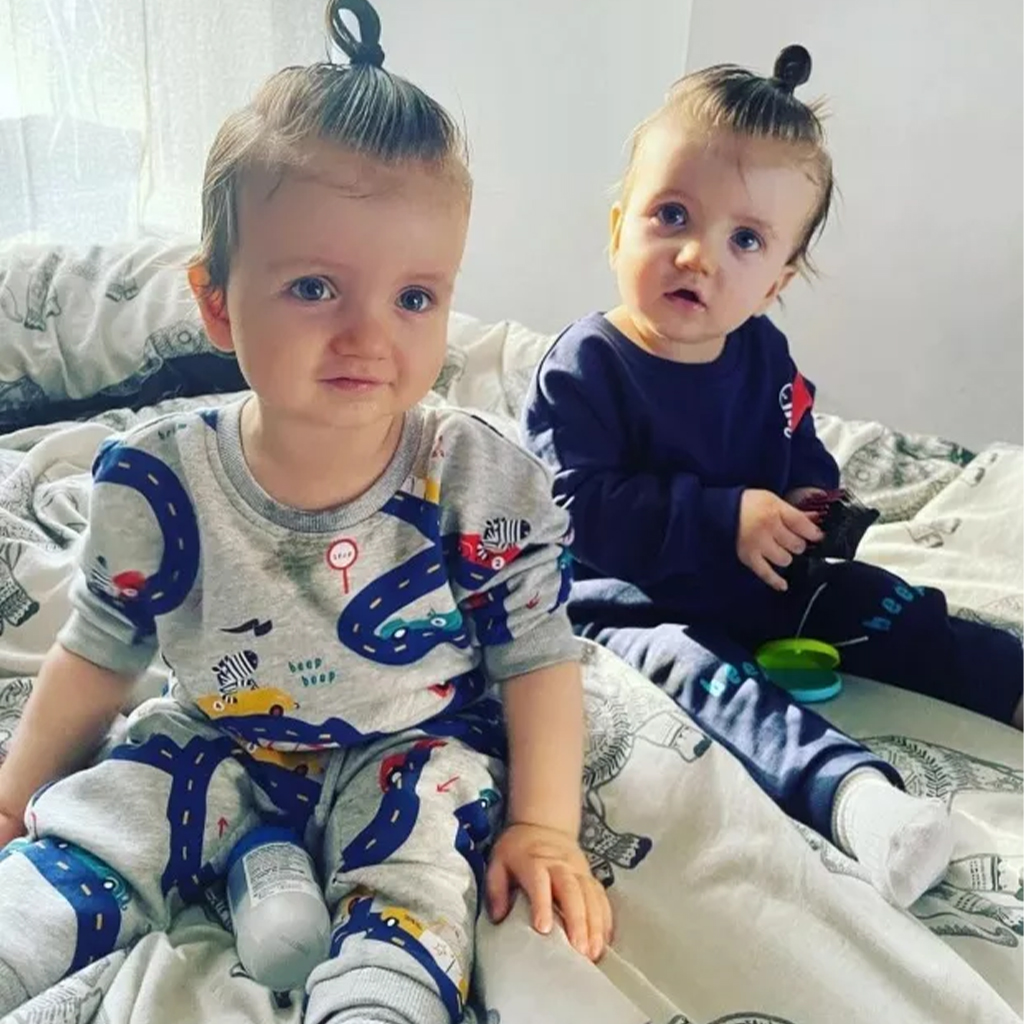 Of her large family, the mother shares, “My house can be crazy and loud sometimes, but I wouldn’t want it any other way. I’m constantly washing clothes, folding them and putting them away, but I’m used to it now. My husband, Richard, 37, who is a landscaper, also helps out when he is not at work. I love being the mother of a big family; that’s all I’ve ever wanted. My son Dan once said it was great because they would never be lonely. That was great to hear. Yes, it’s hard sometimes, but I wouldn’t change a thing. They give me a reason; I don’t know what I would do without them. I love being pregnant, but the twins took a toll on my body because they were so big. And yet, nothing compares to that amazing feeling of knowing there are babies growing in your stomach.”