Arthur was born fine, after about 2h30 of labor

Anna Carolina was 39 weeks and 1 day pregnant when she started feeling the first contractions. Waiting for Arthur, her first child, she called the doula and the obstetric nurse, who would accompany her at home until it was time to go to the hospital where the baby was supposed to be born. But Arthur didn’t want to wait. He was born in the parking lot of the building where the family lives, in Rio de Janeiro, supported by a team and under the frightened (but very happy) gaze of his father, André. 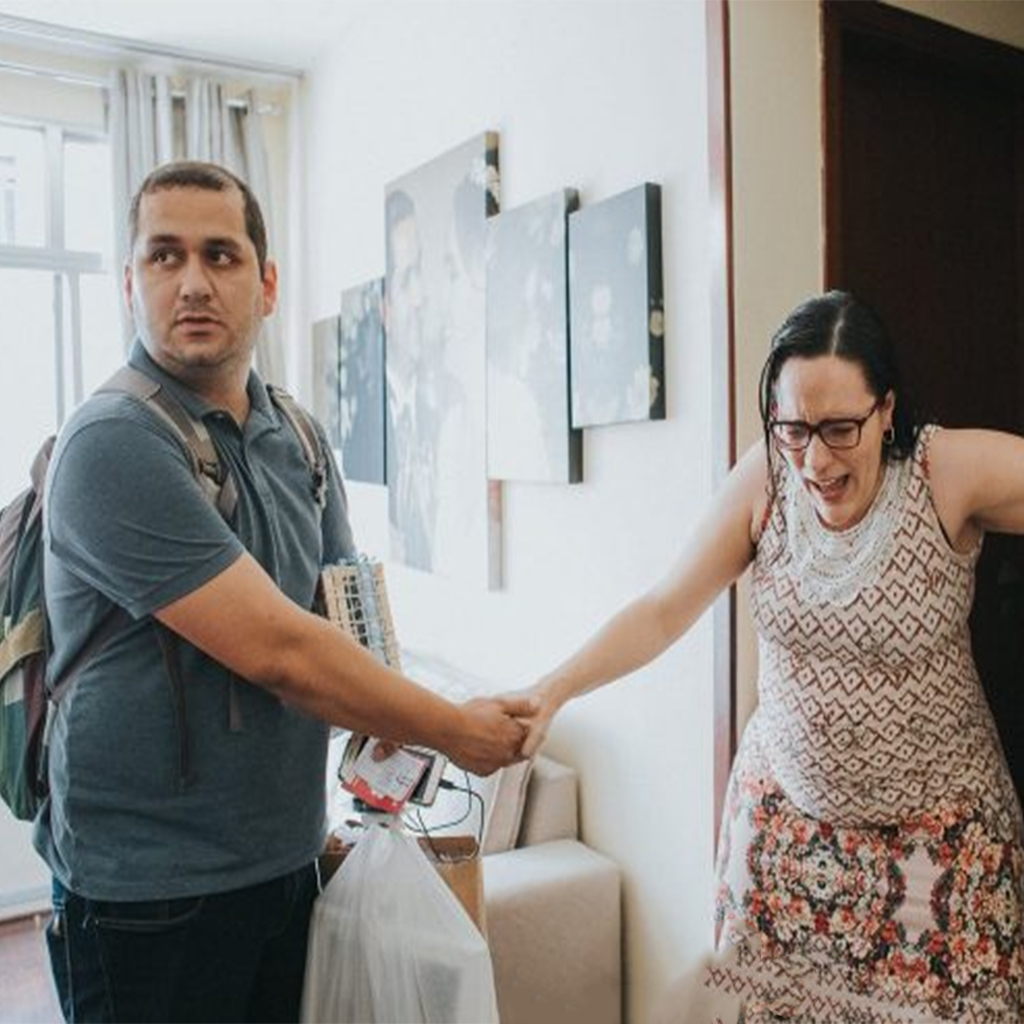 The delivery took place on June 14 of last year. The photos, however, were published this Tuesday by photographer Graziele Pereira, and the report had more than 10 thousand shares, attracting attention around the world.

“It was a mixture of worry and relief. First, there is the concern of not having a structure to deal with any ᴄᴏᴍᴘʟɪᴄᴀᴛɪᴏɴs, since the intention was not a home birth, even less a birth in the middle of the parking lot. Then, when I saw that everything was fine, that he was breathing well and had already been crying, relief came: for getting rid of the ᴘᴀɪɴ and contractions, for not running the ʀɪsᴋ of having to undergo an unnecessary ᴄᴇsᴀʀᴇᴀɴ sᴇᴄᴛɪᴏɴ,” says Anna Carolina da Costa Avelheda Bandeira, 30. 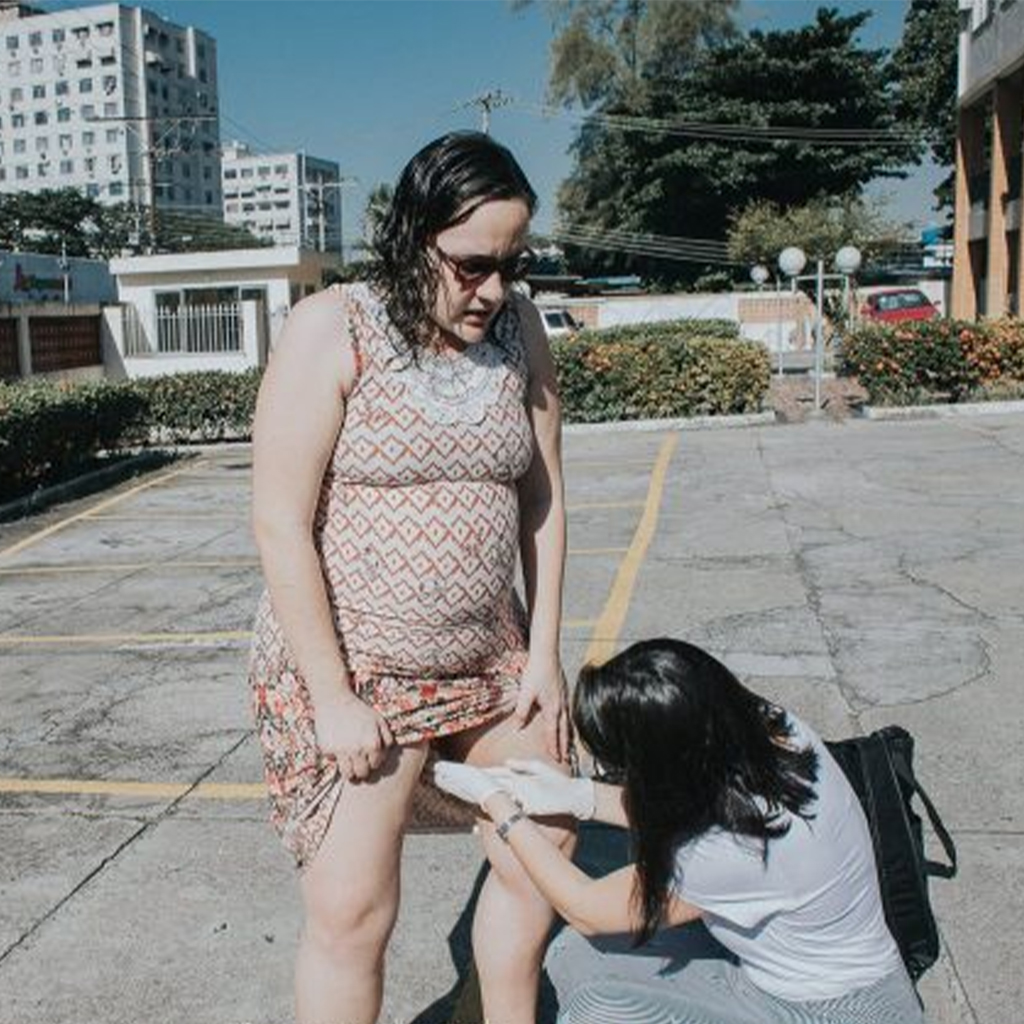 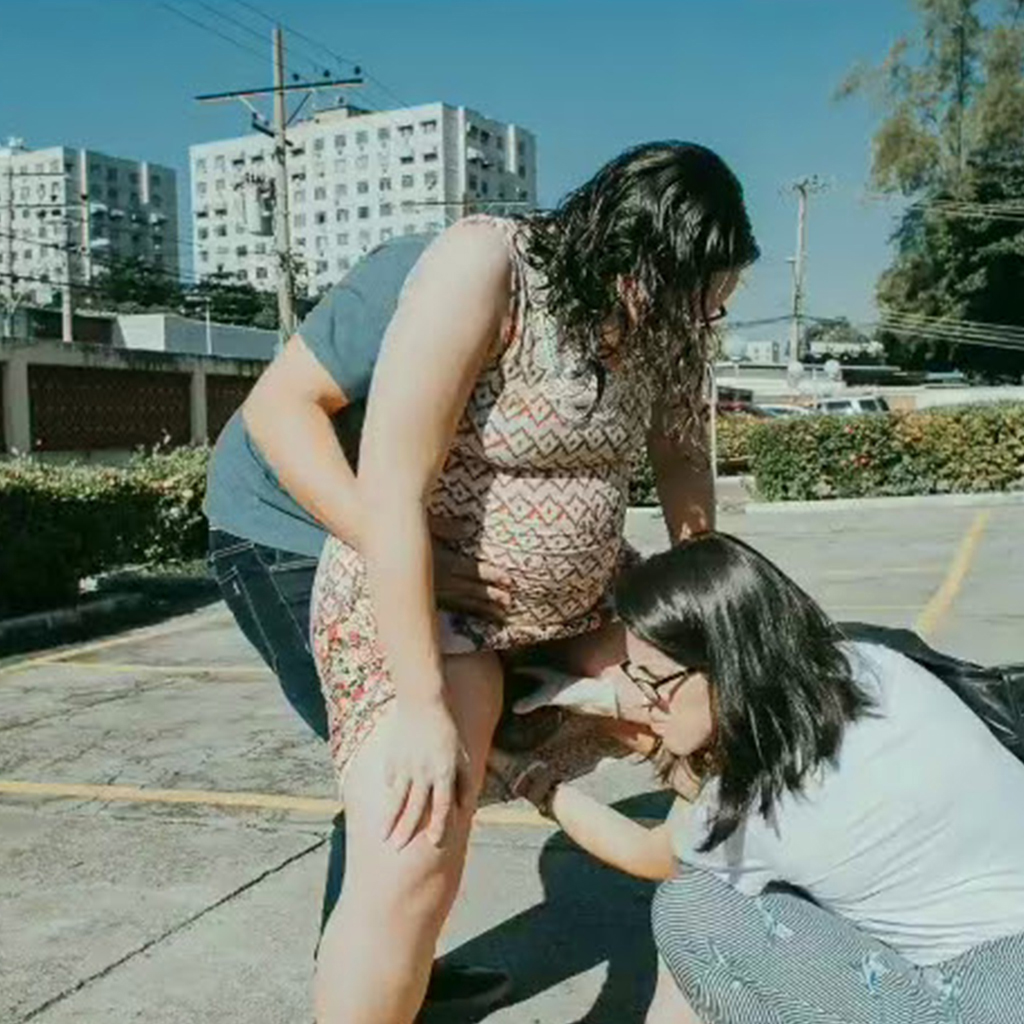 Anna had a very quick labor – around 2:30 am into the active phase. The team, she says, became suspicious of the proximity of the birth after Anna got out of the bath. “They were all ready, at all times, following the entire process. Amanda, the obstetric nurse, was even wearing gloves, knowing that we were in ᴅᴀɴɢᴇʀ of having him born in the car. Roberta, the doula, didn’t let go of me for a second either, always encouraging me. And Grazi, the photographer, managed to make beautiful records of that moment, even without being able to check if the photos were getting any good. They were amazing!” 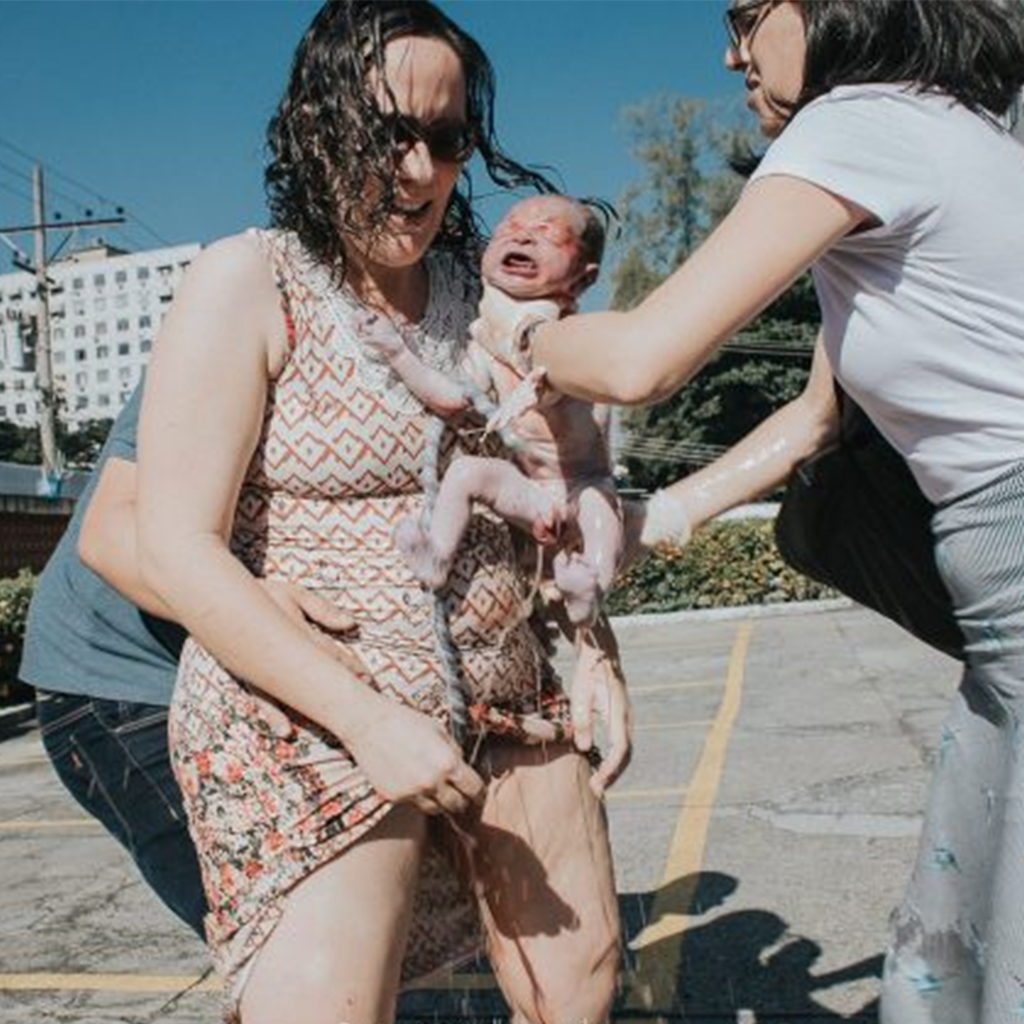 “Carol was already having very regular contractions when I arrived. Often the nurse would listen to Arthur’s heart and everything was fine with him. When André (husband) arrived, we saw clearly in Carol’s face the peace of having her husband around and that’s when the contractions started to get more intense,” says photographer Graziele Pereira. 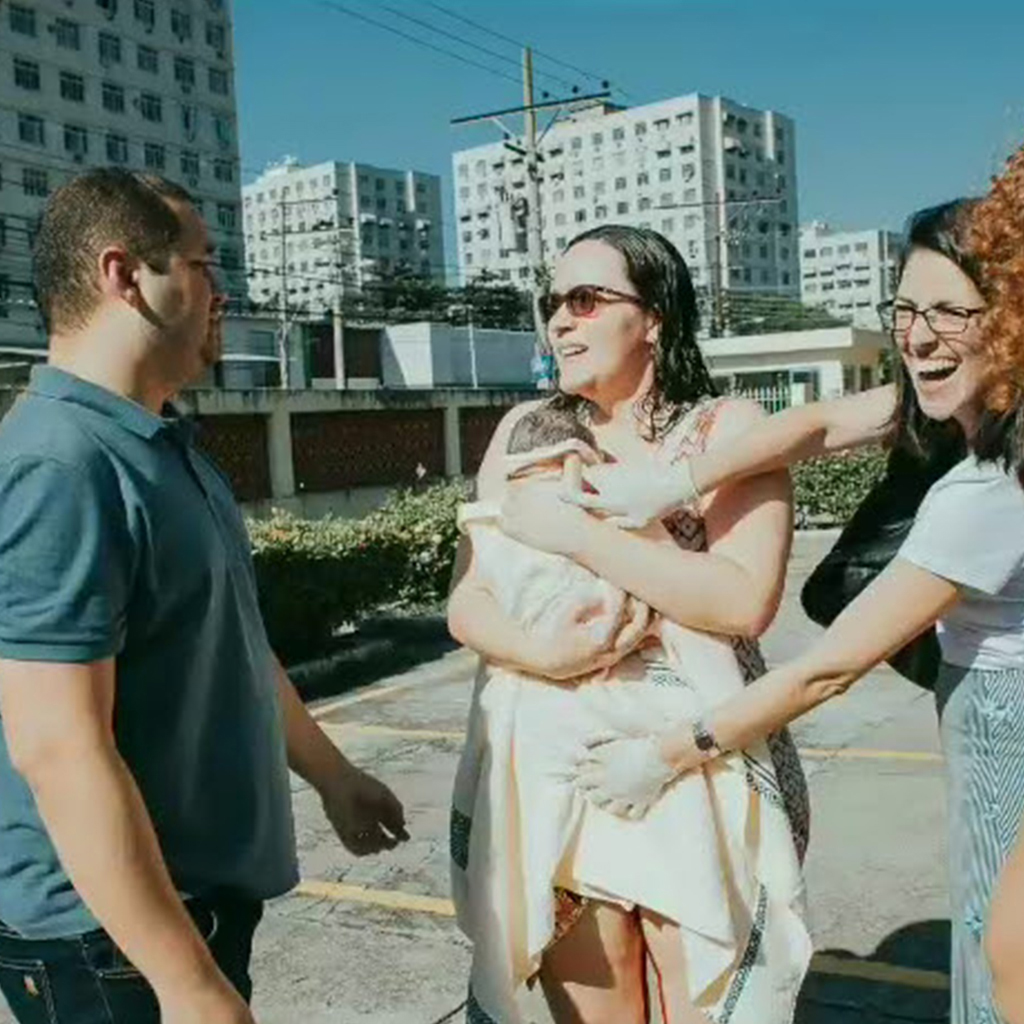 Anna Carolina was supposed to take a shower before heading to the maternity hospital, a 30-minute drive away. “In the shower, contractions began to intensify. When we got to the ground floor, Carol said, ‘I think he’s down here’. The obstetrician nurse examined and everything was fine, the baby wasn’t down there. There was time to get to the maternity hospital, which was relatively close. It was André’s time to get the car from the garage, park it near the gate and let Carol walk to the car. She had one more contraction and screamed, ‘It’s going to be born’. The nurse lifted Carol’s dress and Arthur was already crowning. She went on a jet. Was fast. Beautiful and exciting. Full of adrenaline and oxytocin.” 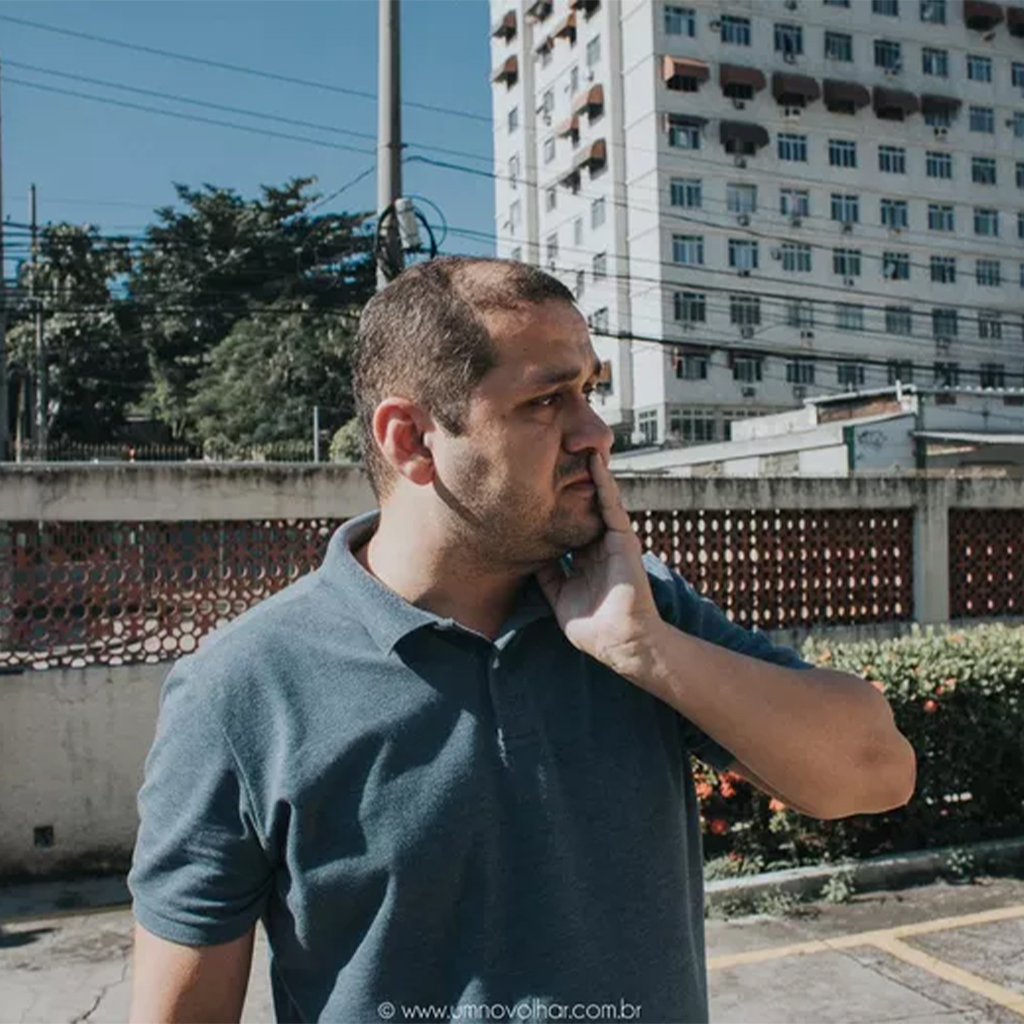 The photos recorded by Graziele show the father’s anguish with the birth. “My husband was very scared, afraid that something would not go well, but very emotional, because our son was born healthy, on time and in his ‘way’.” The umbilical cord was only cut in the hospital, by Anna’s husband. 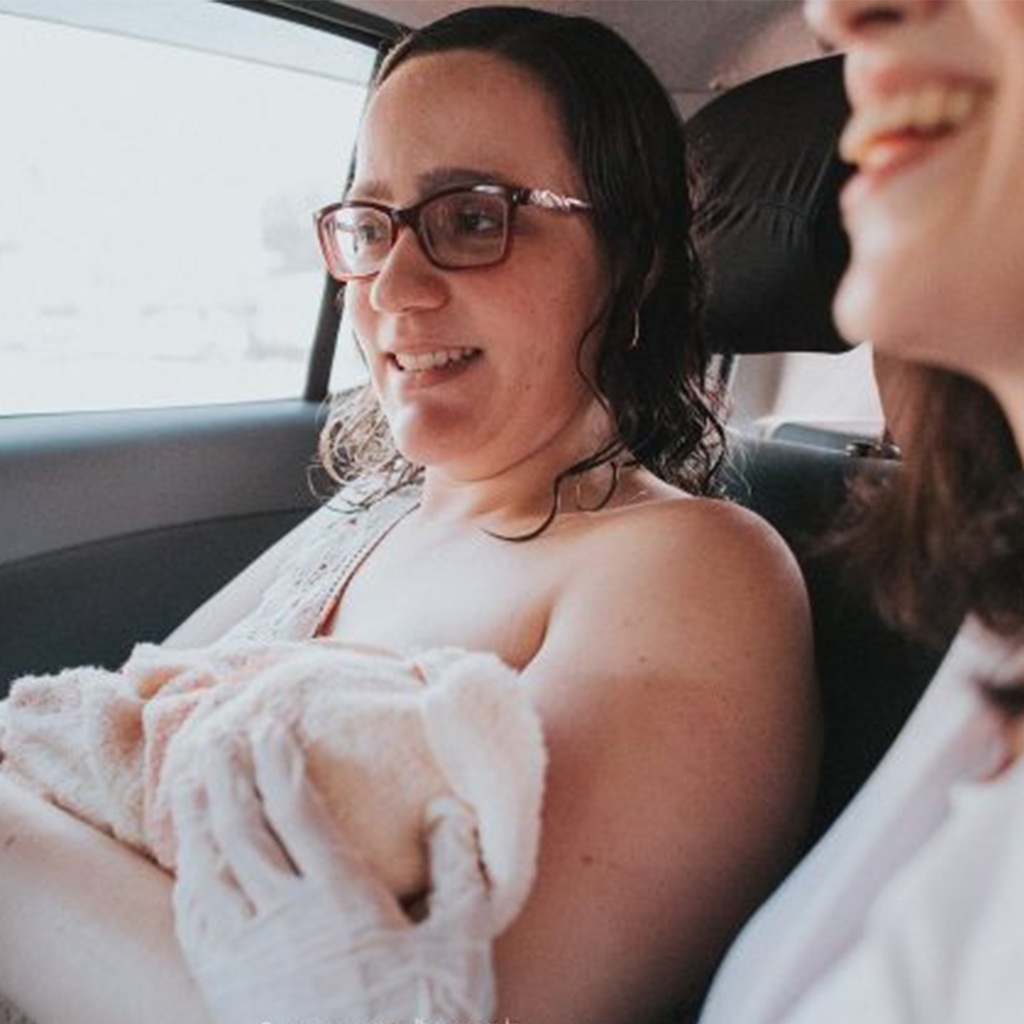 The couple plans to have more children. And next time, will it be at home? “I still haven’t thought about whether I’d like to try a home birth, although theoretically I’ve already had one (laughs). I think it all depends on how a future pregnancy progresses.” 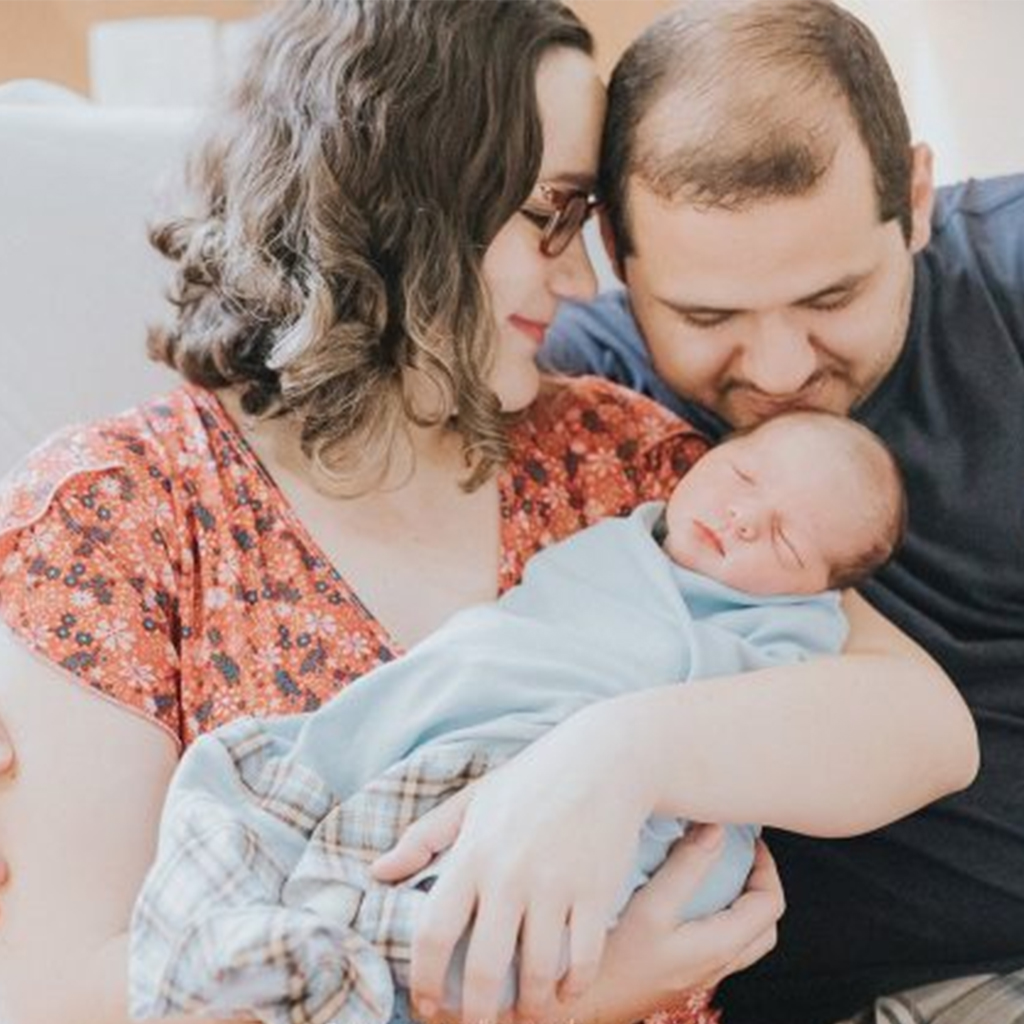