Deciding to have a child is a serious step; the moment is special, different, and important.

I remember so clearly – my husband (Chris) and I came home from San Diego and decided to travel; we were ready to try. We were finally in a place where we felt settled and ready to start a family. We were together for over 8 years, owned a house, both had great, stable careers, had 3 cats and 2 dogs, and were happy and in love. The timing just felt right. I have spent my entire life trying NOT to get pregnant. I guess in my mind it looked like this: I go off birth control and poof! I’m pregnant! This is probably the scenario for many people. However, this turned out not to be our trip.

I stopped the birth control, and a few weeks later I had severe pain in my uterus. I have had ovarian cysts in the past that ruptured on their own. I thought it was the same thing now. However, this time I had to have an emergency laparoscopic operation. I went into this surgery not knowing if I would come out with ovaries. I had to sign a form showing that I was aware of what the operation might cost – my ovaries. 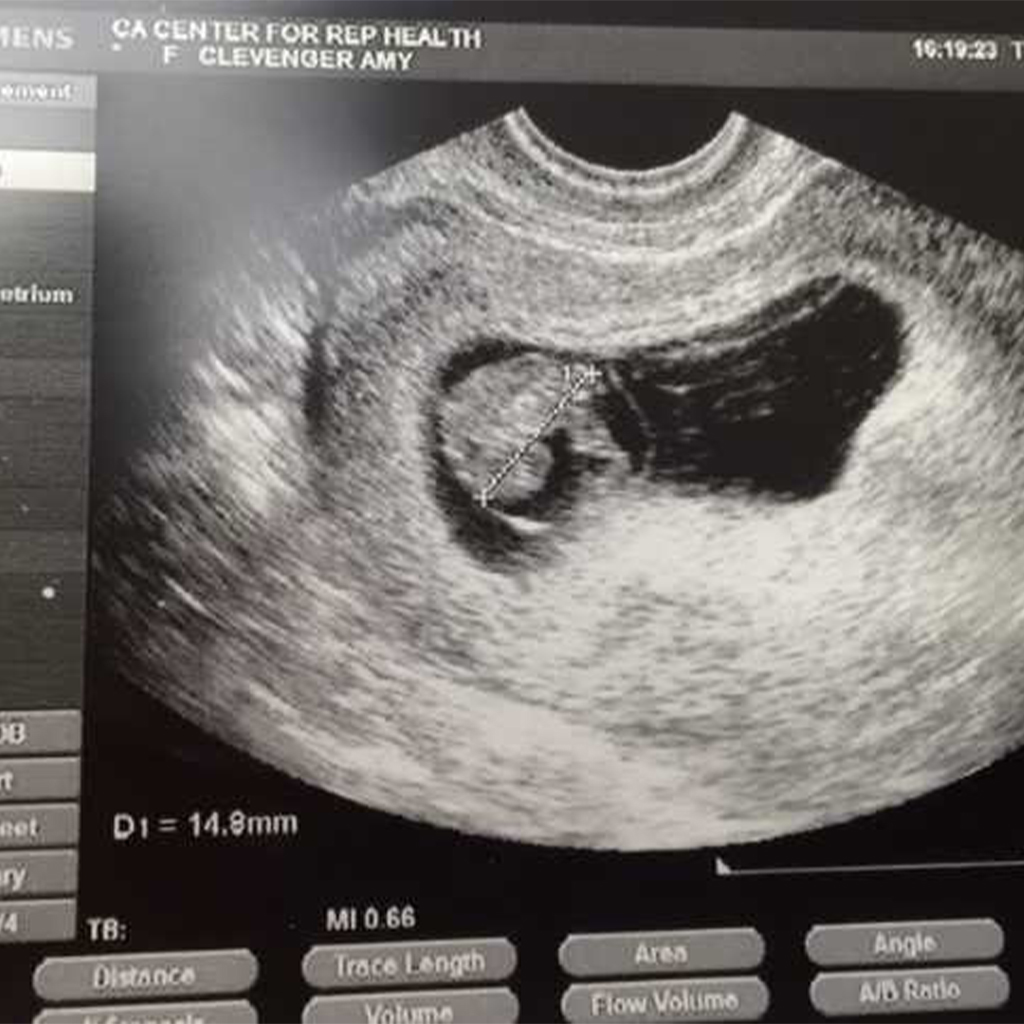 I remember how my heart sank… I didn’t have time to prepare – I didn’t have time for another decision. After the operation, I woke up. I knew nothing. Did I still have ovaries? Fortunately, the doctor told my husband and me that both of my ovaries were intact. Thank goodness! However, during the operation, they discovered that I had severe endometriosis, which caused my fallopian tubes to become twisted. The doctor said I could still get pregnant naturally, but it would be much more difficult.

I also had to take a drug called Lupron to go through menopause to give my reproductive system a break and help the endometriosis. All our dreams and plans turned upside down. I had endometriums… what? Owl-shaped fallopian tubes? Menopause? It was a lot to handle. Little did we know, however, that this would only be the beginning of our fertility journey. I did the Lupron shots, and I went through menopause in 3 months. A glimpse into my future that I wish I had never had. To be honest, these 3 months were the most difficult in our family relationship. We fought more than ever and felt miserable. At the end of the three months, we went to the doctor. There, they advised us to do another 3-month therapy with injections. However, we chose not to submit to her but to keep our relationship and our sanity healthy. 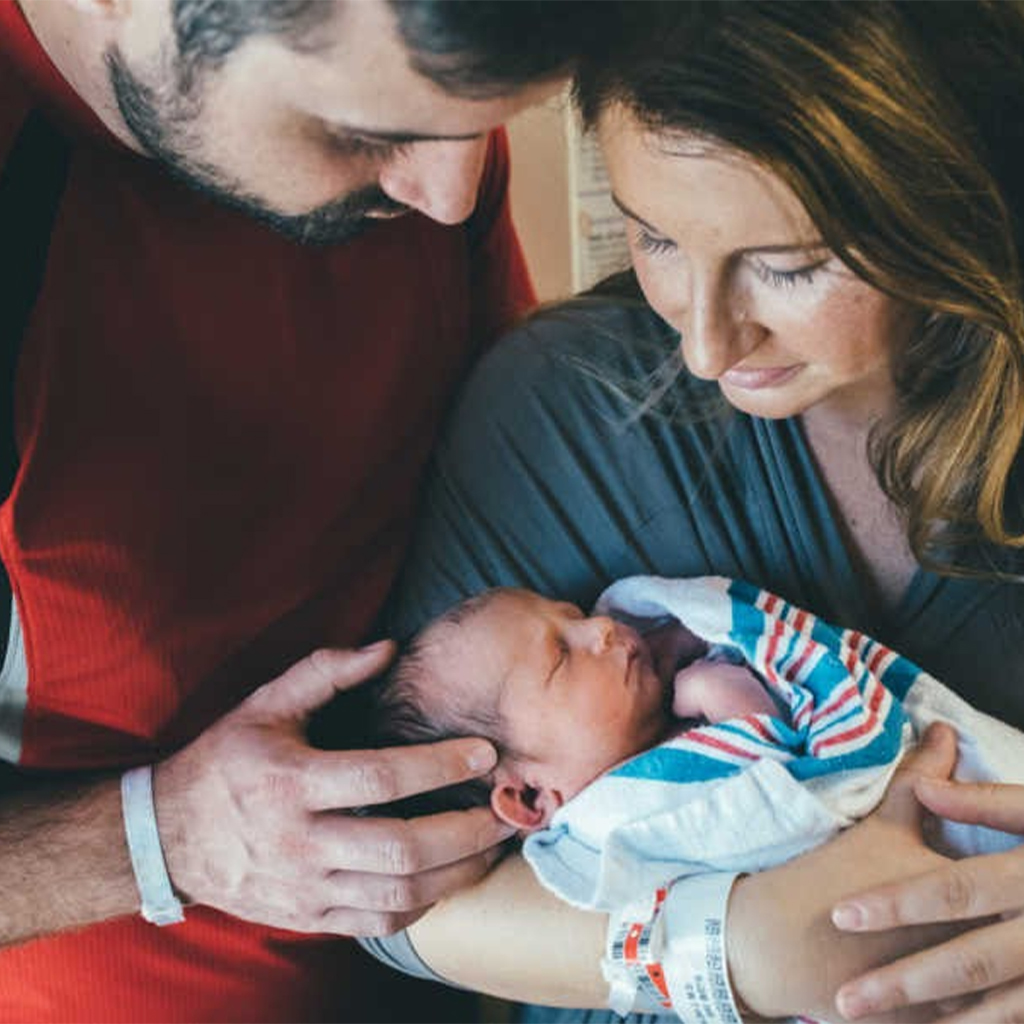 Since we chose not to continue the Lupron injections, the doctor put me on Clomid, a fertility drug that would help me produce more eggs and increase my chances of getting pregnant. We did it for 3 months with no result. It had been over 7 months, and we had made no progress in conceiving. At this point, we went to see a fertility doctor. We met with the fertility doctor, and he went over my history, noting all the pictures and surgeries.

After going over everything, he told us that we had a 2% chance of conceiving naturally, a 15% chance through IUI, and a 90% chance with IVF. We decided to do invitro. We were feeling positive again – we were finally taking steps towards having a baby! As upset as we were that this was our new reality, we were also excited to move forward with a new plan. 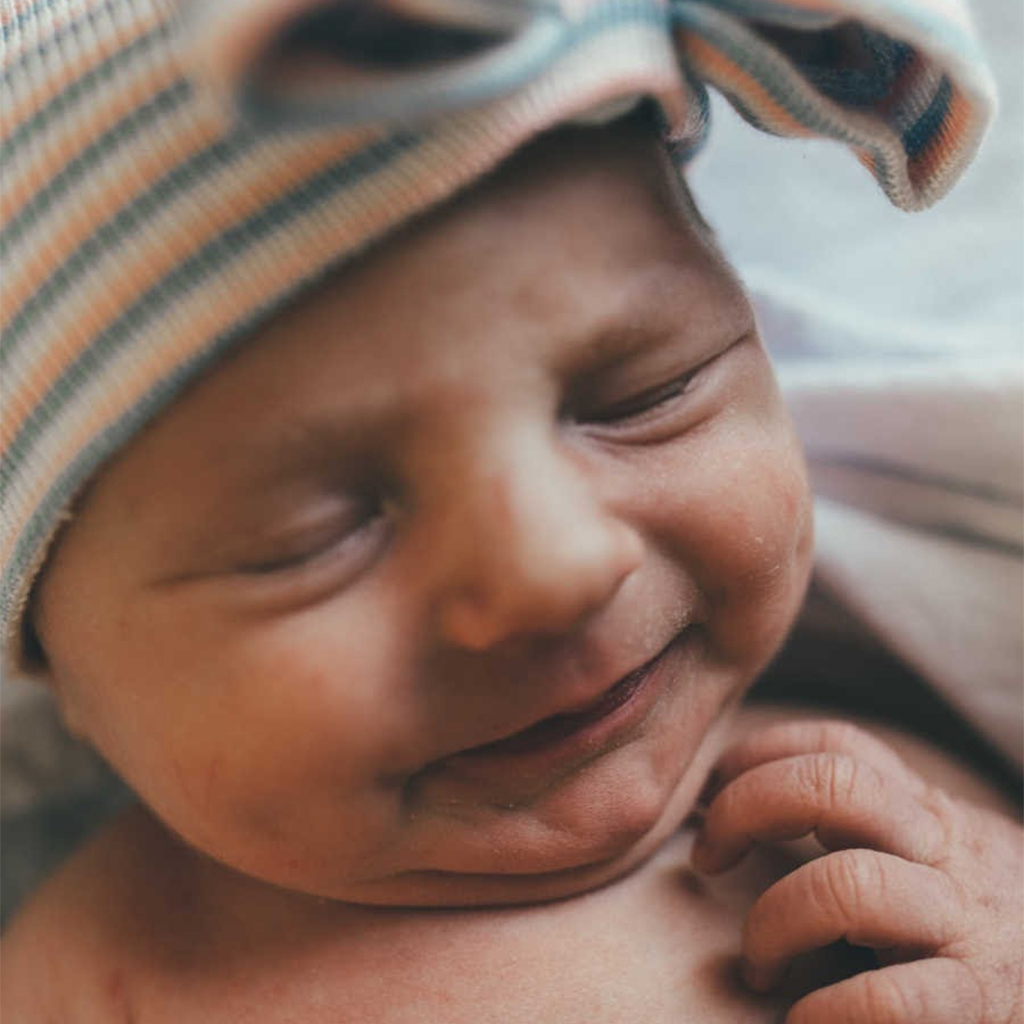 We did 2 in vitro procedures. So many bumps, so many hormones, so many bruises, and so many tears. From all this, however, we obtained 7 mature embryos. Now a new challenge has arisen. This challenge turned out to be the biggest of all. It turned out that, among all the other problems, I also had a thin lining of the uterus. During the two rounds of IVF, we were told that we could not do another transfer because of the problem. We had to resort to a frozen transfer. We have been working on thickening my lining enough to hopefully have a successful transfer – 8 mm and maybe 6 mm. We were playing a waiting game.

In the end, we decided to stick with our original doctor, who was willing to take a chance on the 6mm. We reached them and made a transfer. We transferred 2 embryos and were hoping to have twins to end this nightmare. It had taken us so long to get here, and I was finally going to be pregnant! 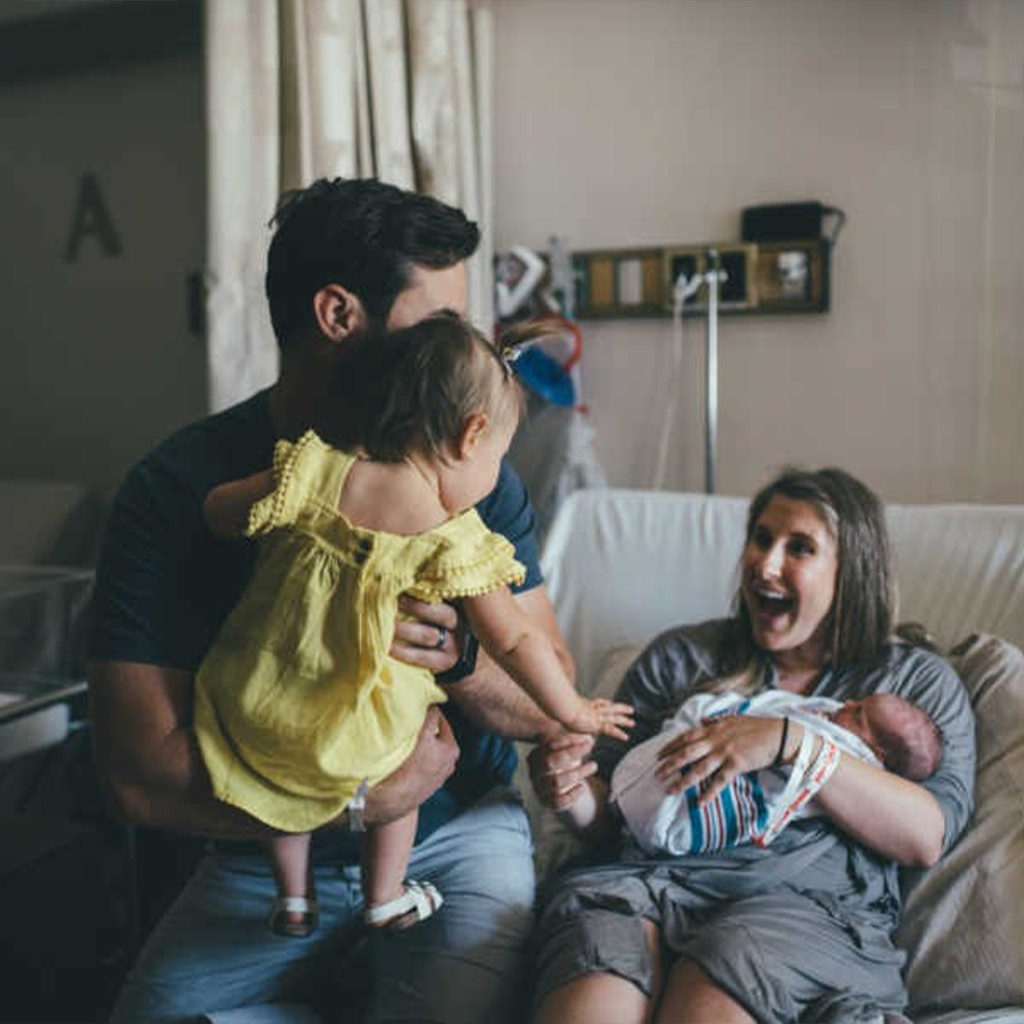 The transfer failed. I remember the grief and tears that were shed when we got the call from the doctor and he told us the news. I remember feeling beyond defeated. More months passed. The lining of my uterus continued to be weak and thin; we tried hormones, and I also tried herbs. We had 6mm again! Then we decided to do a natural transfer without hormones. We transferred 2 embryos again, hoping to have twins. My hopes were low, but they were still there. When I went, 9 days later, to have blood tests done to find out if I was pregnant or not, I cried all day. The thought of hearing bad news was more than I could bear.

Then the nurse told me, “If the call is from a doctor, then you are not pregnant, but if a nurse calls, the procedure was successful and the baby is on its way.” I didn’t know they had such a practice. I remember praying to hear a nurse’s voice. That afternoon, on my way home from work, I got the call we’d been waiting for. It was the nurse, and she said, “Are you happy to hear my voice?” Her voice was indeed the voice of an angel. I remember asking her, “Really? Am I really pregnant?” She said “YES!” It was the best moment of my life.

Our precious daughter Tenley June Clevenger came into the world on June 8, 2016 – the day I became a mother and Chris became a father. It’s been a whirlwind and one of the best, craziest and most stressful times of our lives. Being a parent is no joke! But it’s something we’ve embraced with joy, our long journey to the birth of our dreams has certainly taught us to appreciate more everything we have and receive. 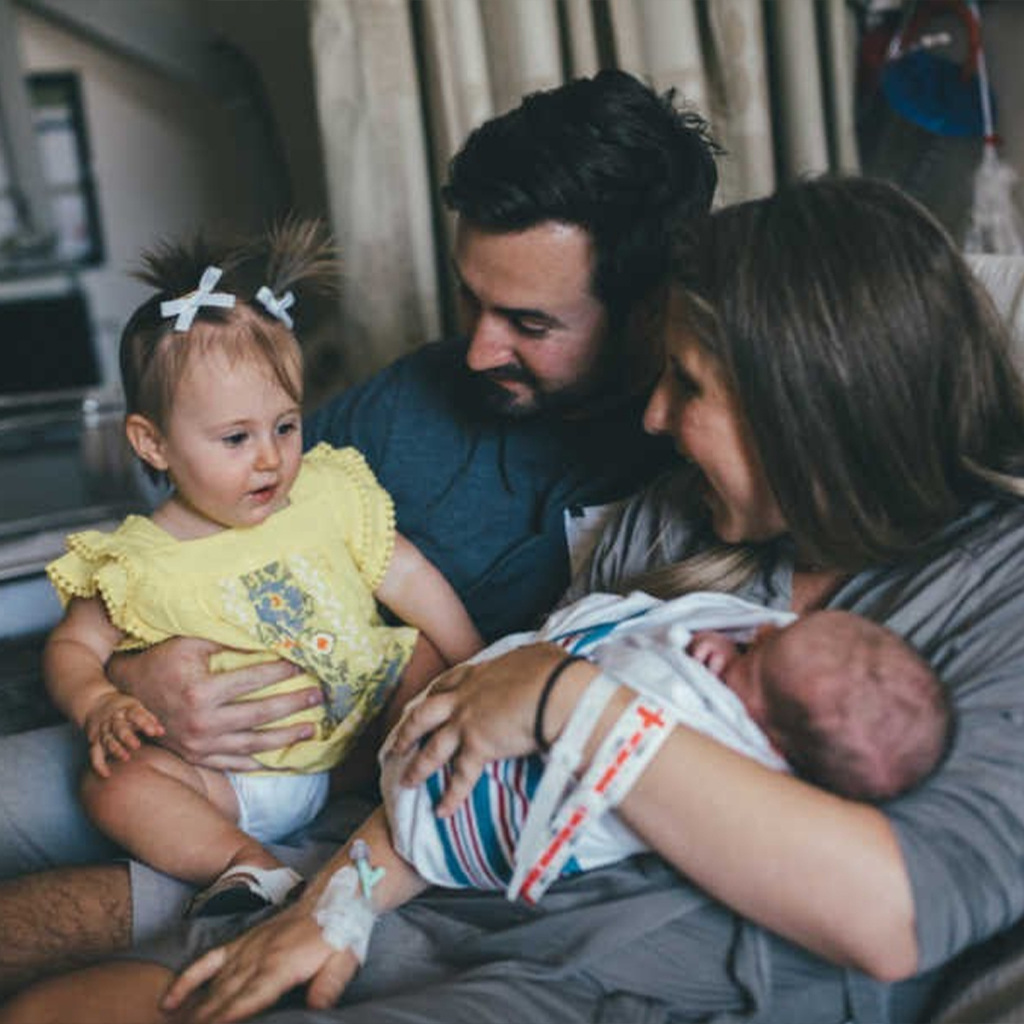 I felt tired and nauseous. I told Chris I was sick and he asked me if I had eaten anything. I replied, “Oh yes, I ate and even felt better. A moment… I thought about it – the only other time something like this had happened was when I was pregnant. The thought flashed through my mind and then immediately morphed into, “You’re crazy, that’s not possible. You have a 2% chance of getting pregnant.”

Yes, I was probably really crazy, but I still couldn’t shake the thought. I took several pregnancy tests. And guess what – all but one were positive. I told Chris. We couldn’t believe it.

The next day I went to the doctor, I wanted a blood test to confirm that I was pregnant. The results were in – I was indeed pregnant. Yes, I only had a 2% chance of getting pregnant naturally, but here, it turned out to be enough. With all the interventions that modern medicine had to offer, I still had a hard time getting pregnant. After getting over the initial shock and fear of getting pregnant again so quickly, we started to get really excited about this miracle baby.

It took us years and 4 embryos to get Tenley, and 3 months later we were expecting another baby in July 2017. Brody May Clevenger was born on July 19, 2017, just 13 months after her big poop appeared on this world. 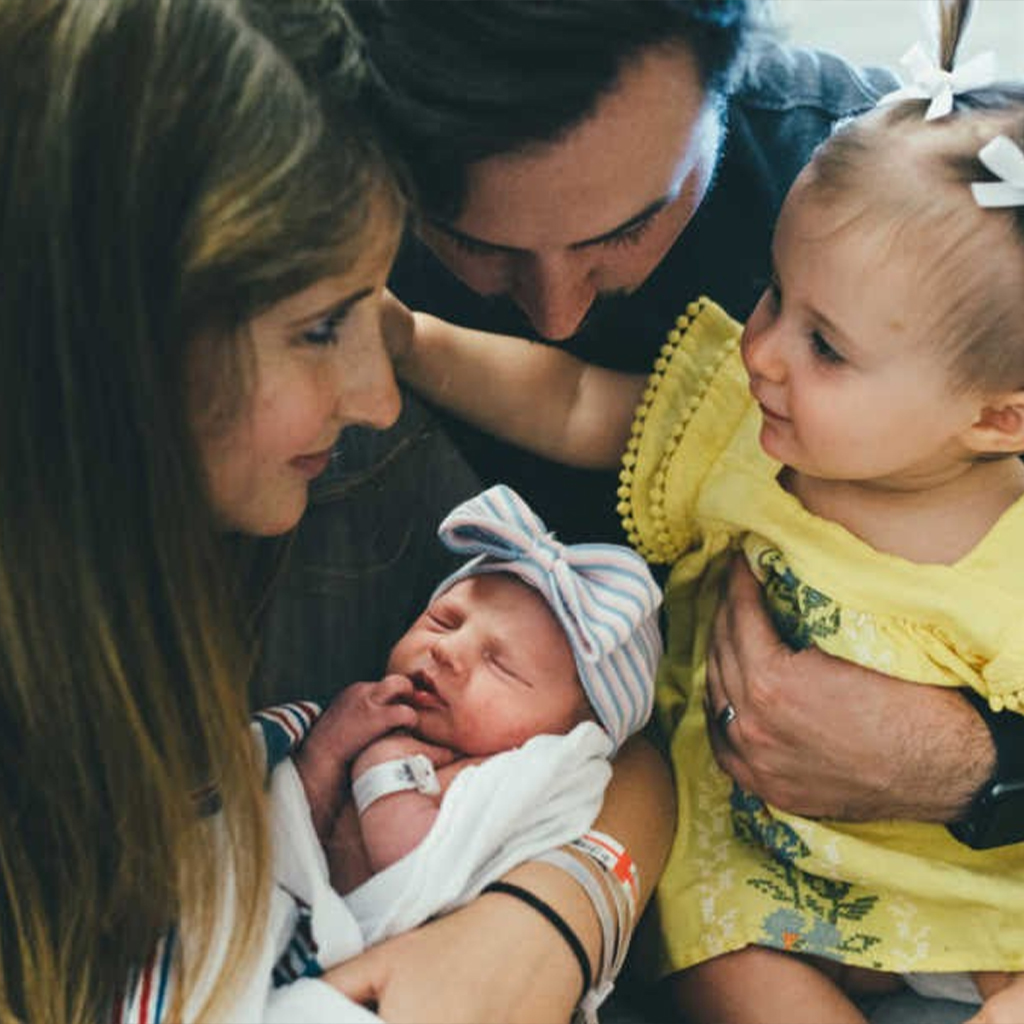 Watching my two little girls meet for the first time was surreal. I felt like I had left my body and was watching someone else’s life. How did I go from not being able to get pregnant to having 2 perfect baby girls in 1 year? Although Tenley was initially confused and unsure of our new family member, she got used to it quickly.

When Brody was born, Tenley couldn’t even walk. To say it was challenging is an understatement. But their relationship is already so special. They really grow together. Both girls will never know life without each other, and that’s something I wouldn’t change for the world.

Our journey has been difficult; yes, it has changed us; it has affected our marriage, life, family, friends, and career. It wasn’t easy, but the truth is that this trip made us a family of 4. And I couldn’t ask for a better gift. It was worth it! The universe works in an interesting way. We wanted twins, and dare we say we got even better?