A mom-of-three is sharing with the world what a woman’s body really looks like after giving birth by documenting her body’s changes every month. The woman has taken photos of her body throughout her three pregnancies and postpartum, posting them to social media. The photos are a true reminder of how a woman’s body changes during a pregnancy and after giving birth.

Samantha McSwain of Hawaii welcomed her third child into the world earlier this year. The mom-of-three shared a photo on her Instagram page of her being one day postpartum. The photo is a mirror selfie of McSwain showing her postpartum body. She told her followers that getting back to her pre-pregnancy weight was not going to be easy, so she would take it one day at a time. 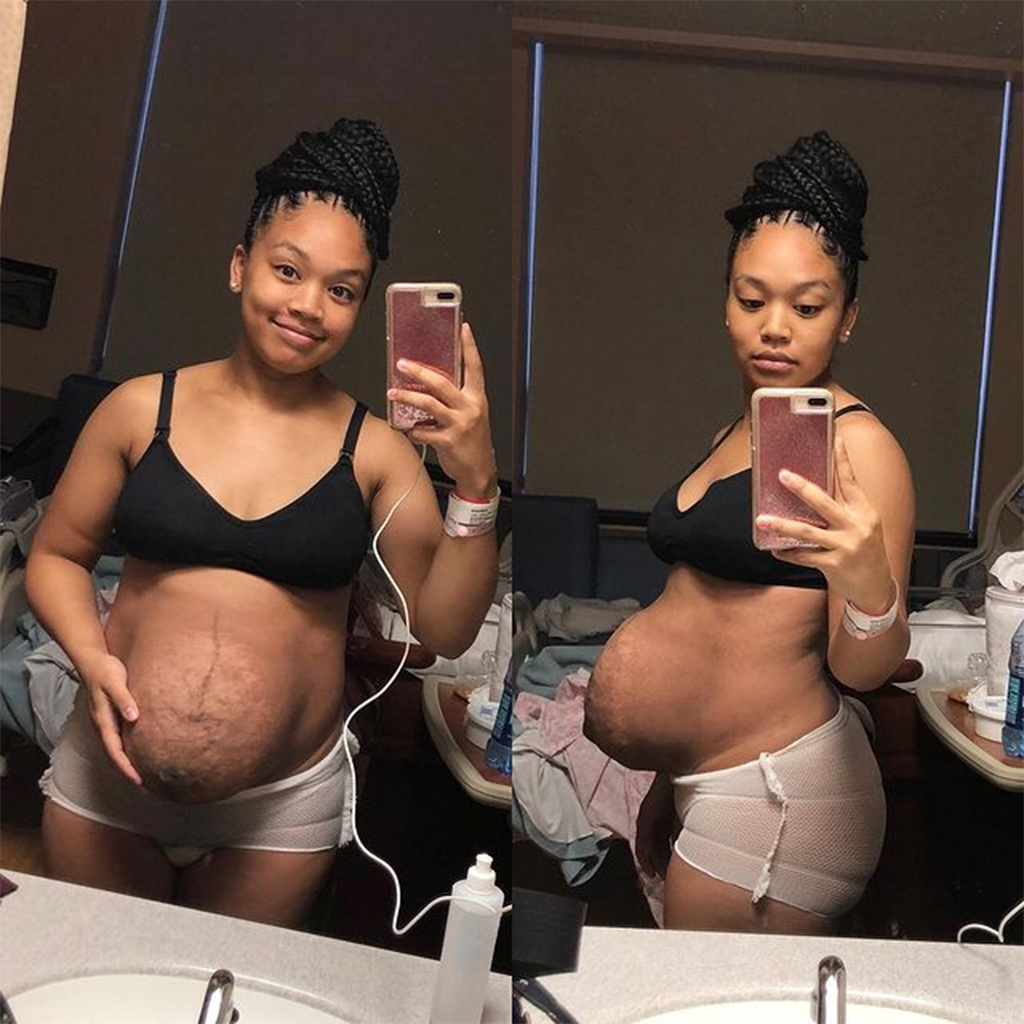 McSwain can be seen in the mesh underwear many women wear after giving birth. She stands with a distended belly, still stretched and swollen from the nine months it carried her daughter Korra. There are stretch marks across it, as well as a linea nigra.

In a post from March 24, a little more than a month after giving birth, McSwain shared another belly update with her 140,000 followers. “It’s not all the way down yet, but I’m still continuing to do my transverse abdominis exercises, which has helped a lot after I gave birth,” she wrote. “It’s all about strengthening the inner core muscles.” 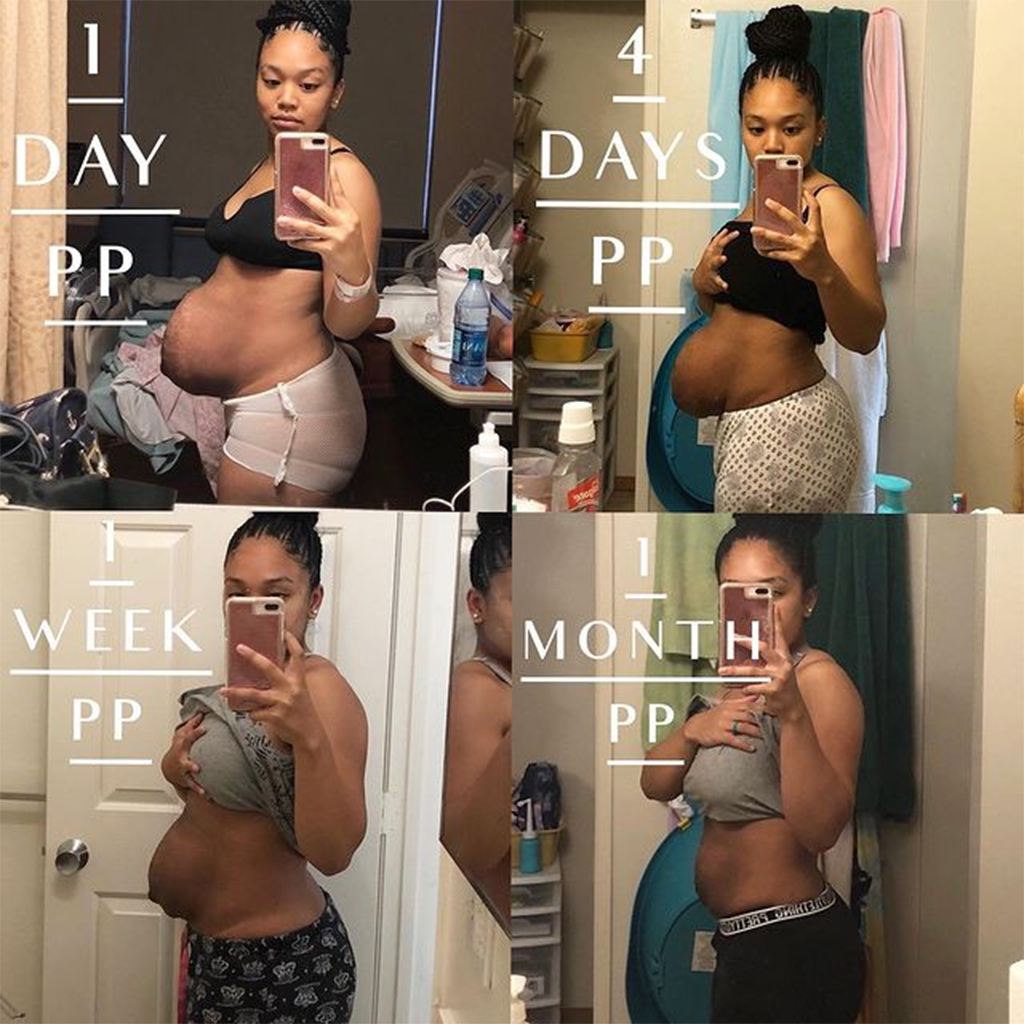 McSwain says she wanted to take the pictures because she wanted to remember how she felt and how she looked after giving birth. She also hopes her photos will show women that it is normal for your body to not look the way it used to immediately after birth. 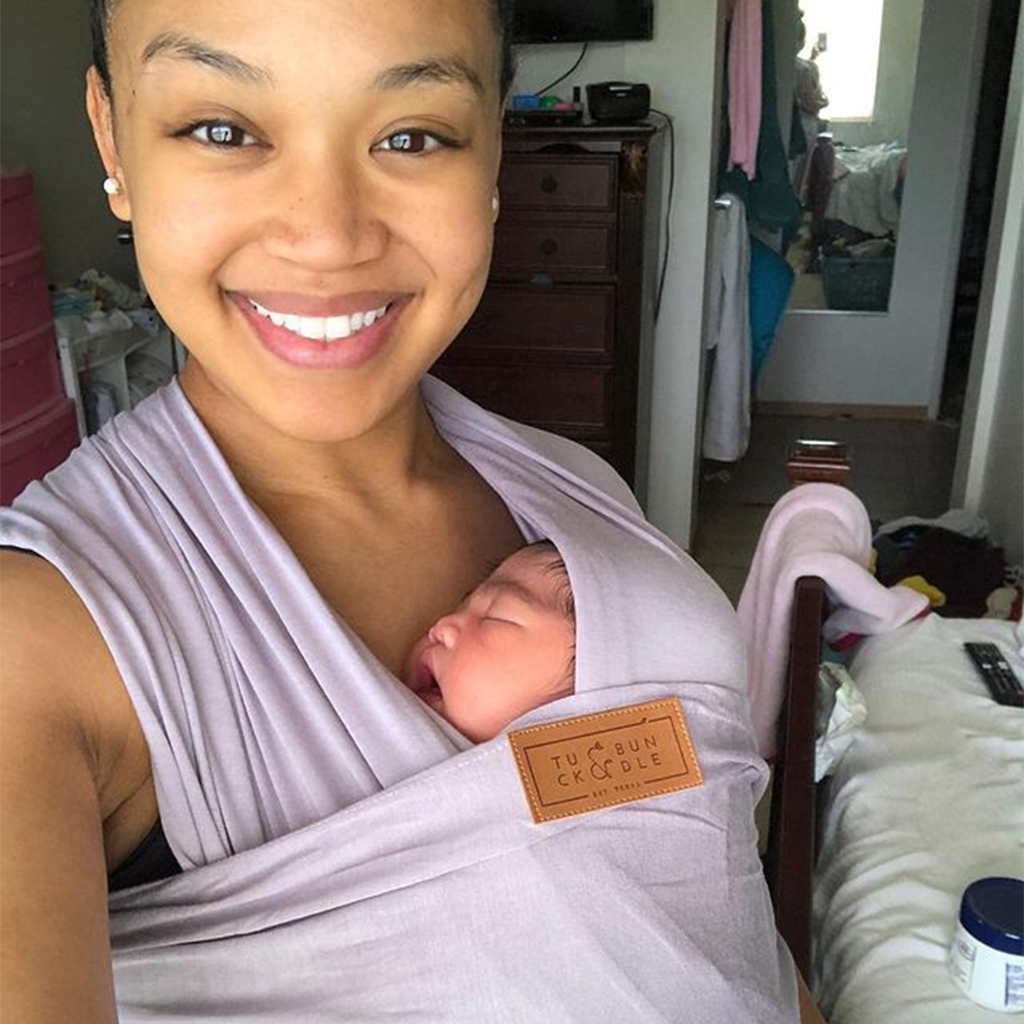 She recalls being surprised to find out that many women did not know what happened to a woman’s body directly after giving birth. Many women expect to have a flat stomach, no stretch marks, or stretchy skin, but for most women, that is not how it works. 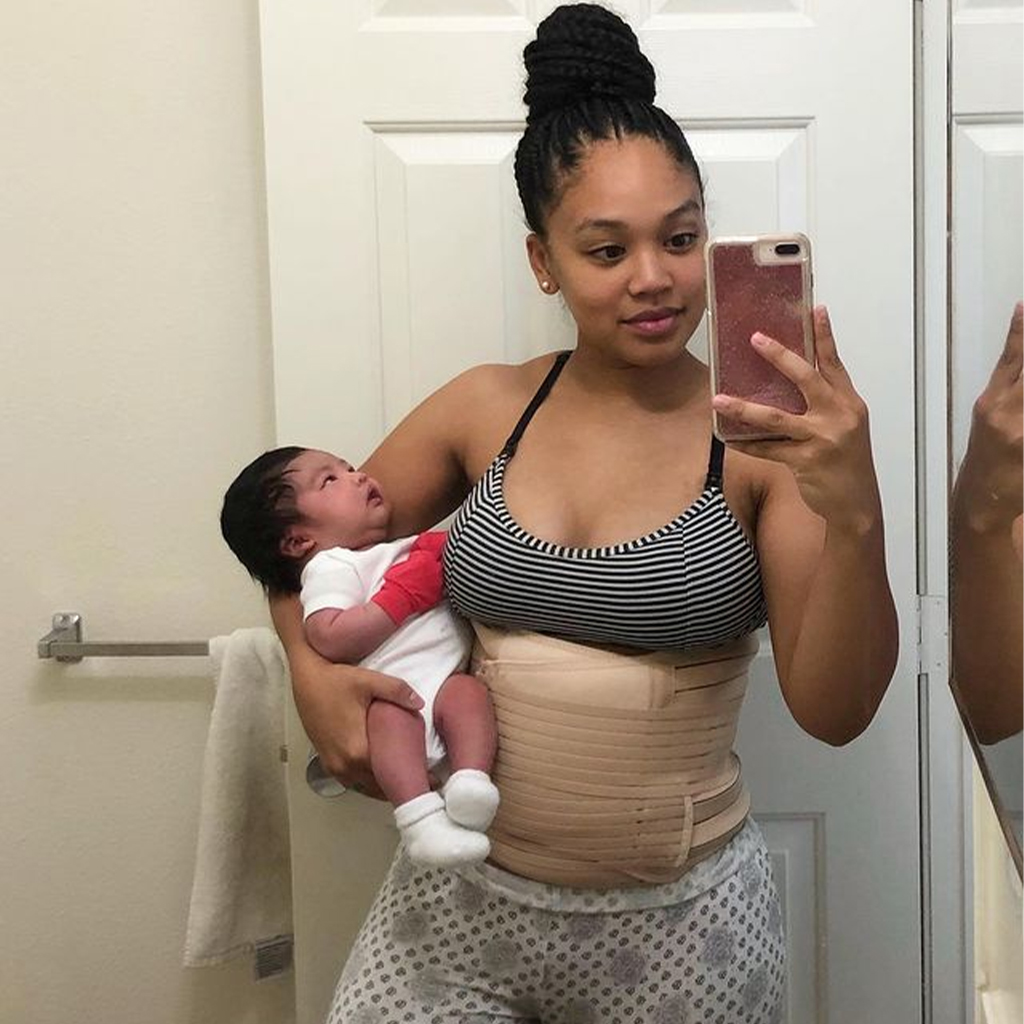 McSwain has also taken photos of her bump during each pregnancy when she was 39 weeks along to show that not every bump is the same. In her first pregnancy, her bump was more round, and her second was larger, while her third bump was lower. 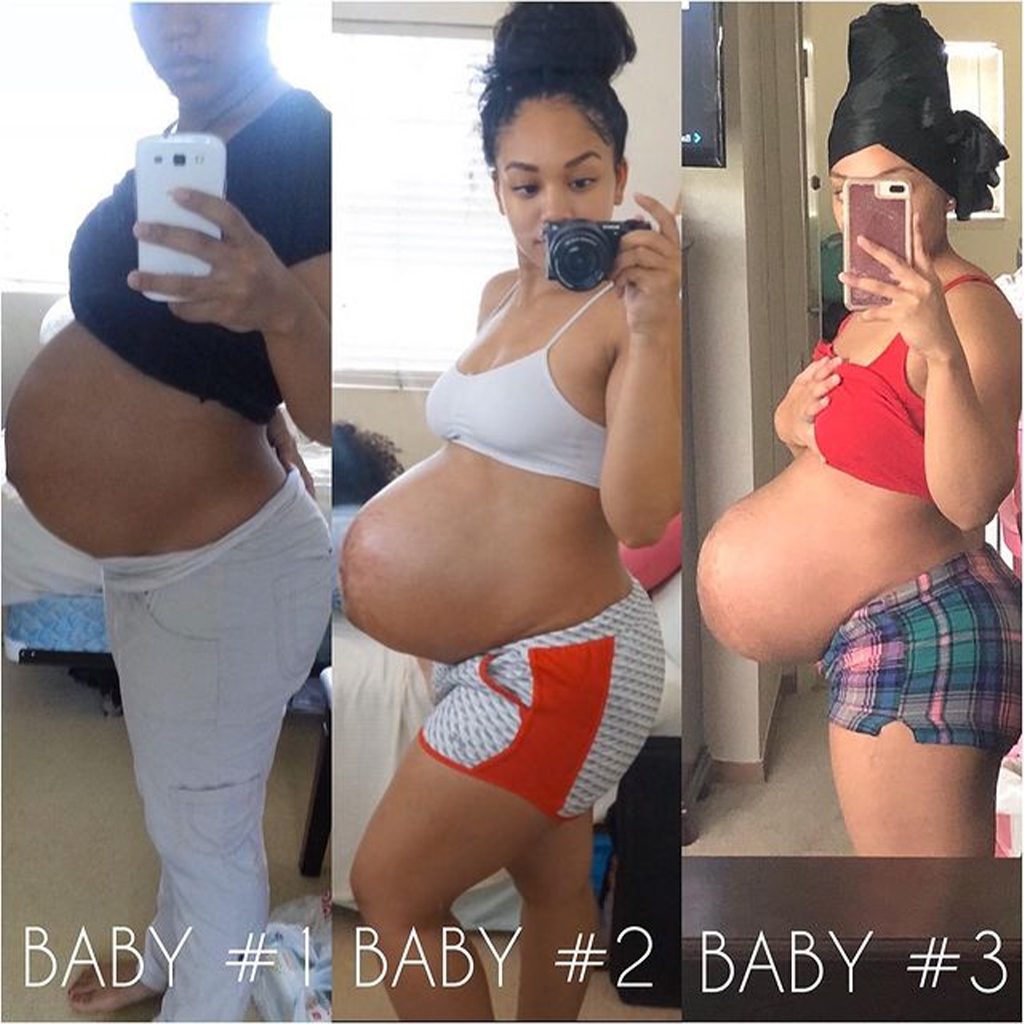 The mom-of-three says she has learned with each pregnancy that the outcome will be different than the last. Each pregnancy felt different, and when she thought they would be the same, her little bundles of joy proved her wrong.