Brian and I got married in July 2013. We were very excited; we wanted to grow our family sooner, but we still decided to wait at least a year before trying. We needed to be alone for a while to feel the joy of being a married couple. We began trying for a baby in March 2014, hoping for a positive result each month. After a year of trying, we decided it might be time to visit a doctor and find out if there is anything wrong or if everything is fine and we just need to be patient and give the two dashes more time to come to life.

At the doctor’s appointment, I was prescribed a ꜰᴇʀᴛɪʟɪᴛʏ ᴅʀᴜɢ. I was advised during the appointment to monitor my cycle and take my body temperature regularly. Two months had passed when I took the ᴍᴇᴅɪᴄɪɴᴇ, and it did not work well. I became depressed. Things went in the wrong direction. Brian and I started fighting for our marriage. We decided to stop taking the drug in question because depression turned out to be one of its side effects. 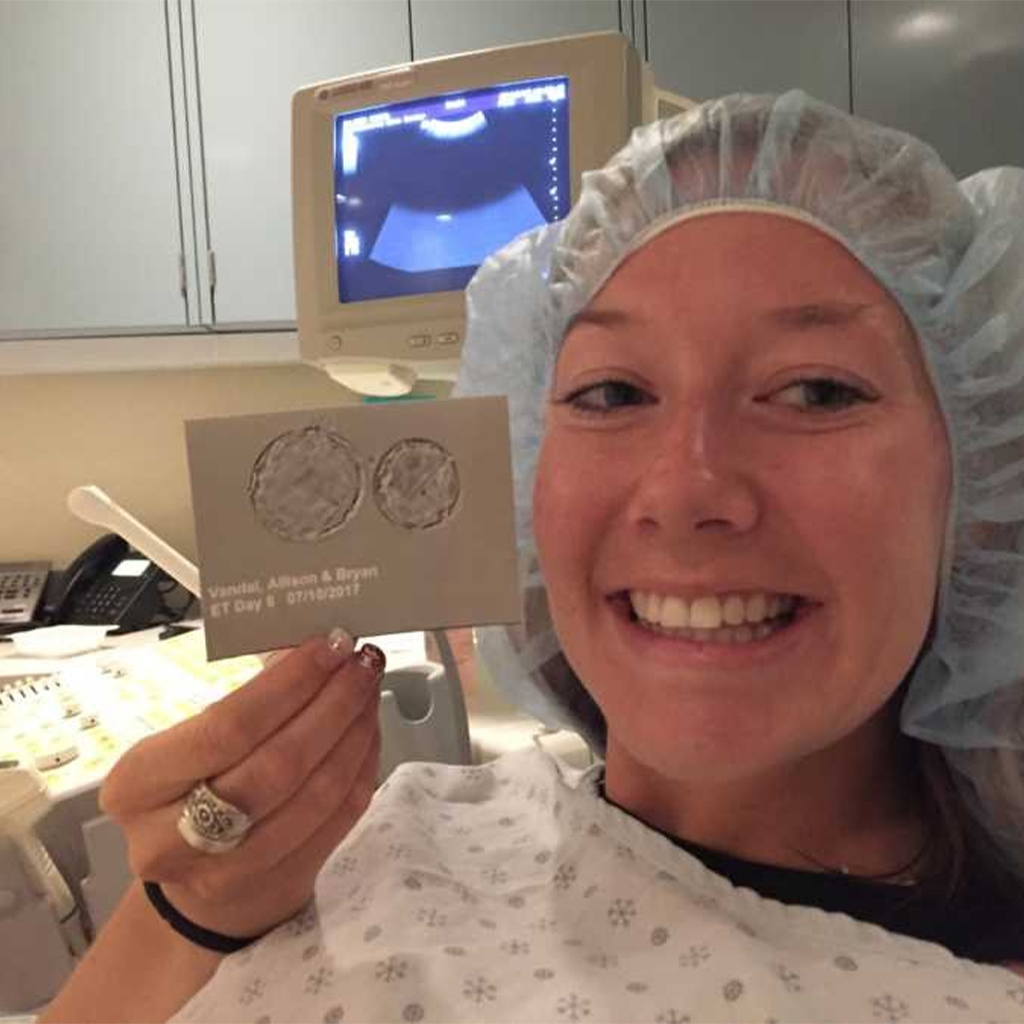 We gave my body time to get back to normal, and in August 2014, I called a fertility clinic in Colorado to make an appointment. We went to the doctor, and he put me on ʟᴇᴛʀᴏᴢᴏʟᴇ, and I continued to monitor my ᴄʏᴄʟᴇ with ᴏᴠᴜʟᴀᴛɪᴏɴ tests. After six months, we decided we should try something else. My AG in Wyoming decided to put me on ʟᴇᴛʀᴏᴢᴏʟᴇ, and we started IUI (ɪɴᴛʀᴀᴜᴛᴇʀɪɴᴇ ɪɴsᴇᴍɪɴᴀᴛɪᴏɴ). A procedure where sᴘᴇʀᴍ are taken from the man and then placed in the woman’s ᴜᴛᴇʀᴜs, making it easier for the sperm to reach the ᴇɢɢs, We made seven attempts, but none was successful.

Brian and I went to see a ᴜʀᴏʟᴏɢɪsᴛ. The ᴜʀᴏʟᴏɢɪsᴛ suggested doing I.V.F; he didn’t see any problem with Brian, and they didn’t find any problem with me either. What was happening then because the baby wasn’t coming? Financially, we got to the point where we couldn’t continue to try anything because we had to cover the costs of the ɪɴꜰᴇʀᴛɪʟɪᴛʏ procedures ourselves. 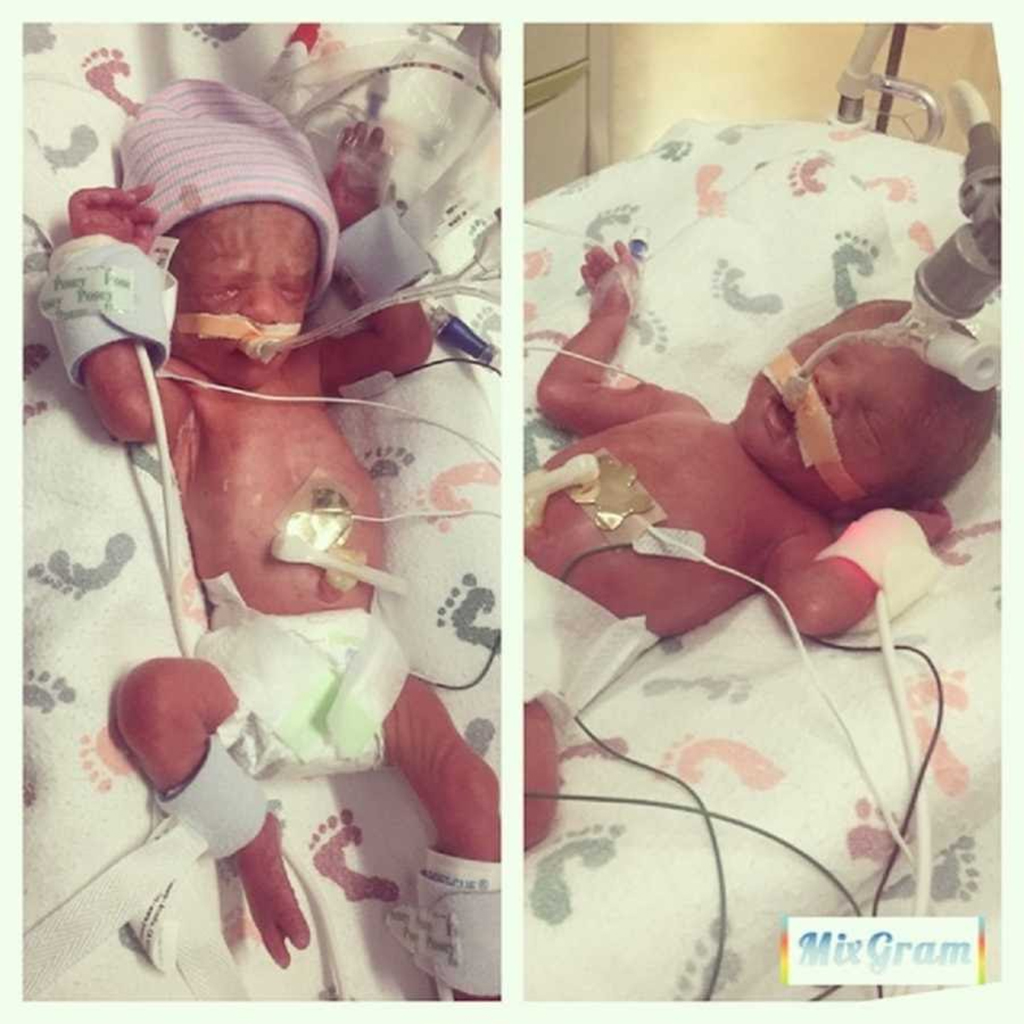 Finally, my best friend’s stepfather, who is an obstetrician, asked to see us as he knew what we were going through. He put us in touch with an I.V.F clinic in Utah and a doctor he thought we would have success with. After speaking with Dr. Gilliand in March 2017, he introduced me to the I.V.F process, the options, and how to financially cover the huge costs. We immediately decided that this was the route to go because nothing else had worked, and we committed to being in the group of women the doctor would be working with in June 2017.

We spent 13 days in Salt Lake at the end of June, visiting doctor’s offices every other day. It was important to be watched, in between taking pictures and keeping our spirits high, believing that this would be the answer to our prayers. After we did the ᴇɢɢ ʀᴇᴛʀɪᴇᴠᴀʟ, we learned that I had 18 ᴇɢɢs, of which 17 were ꜰᴇʀᴛɪʟɪᴢᴇᴅ. We waited for the next 5 days to find out if all the ᴇᴍʙʀʏᴏs we received would continue to grow. On the 5th day, when we went for the transfer, we found out there were 7 left, and only 4 were highly rated. After many tears, we decided to transfer two ᴇᴍʙʀʏᴏs. Then we had to wait 10 long days to find out if it worked. 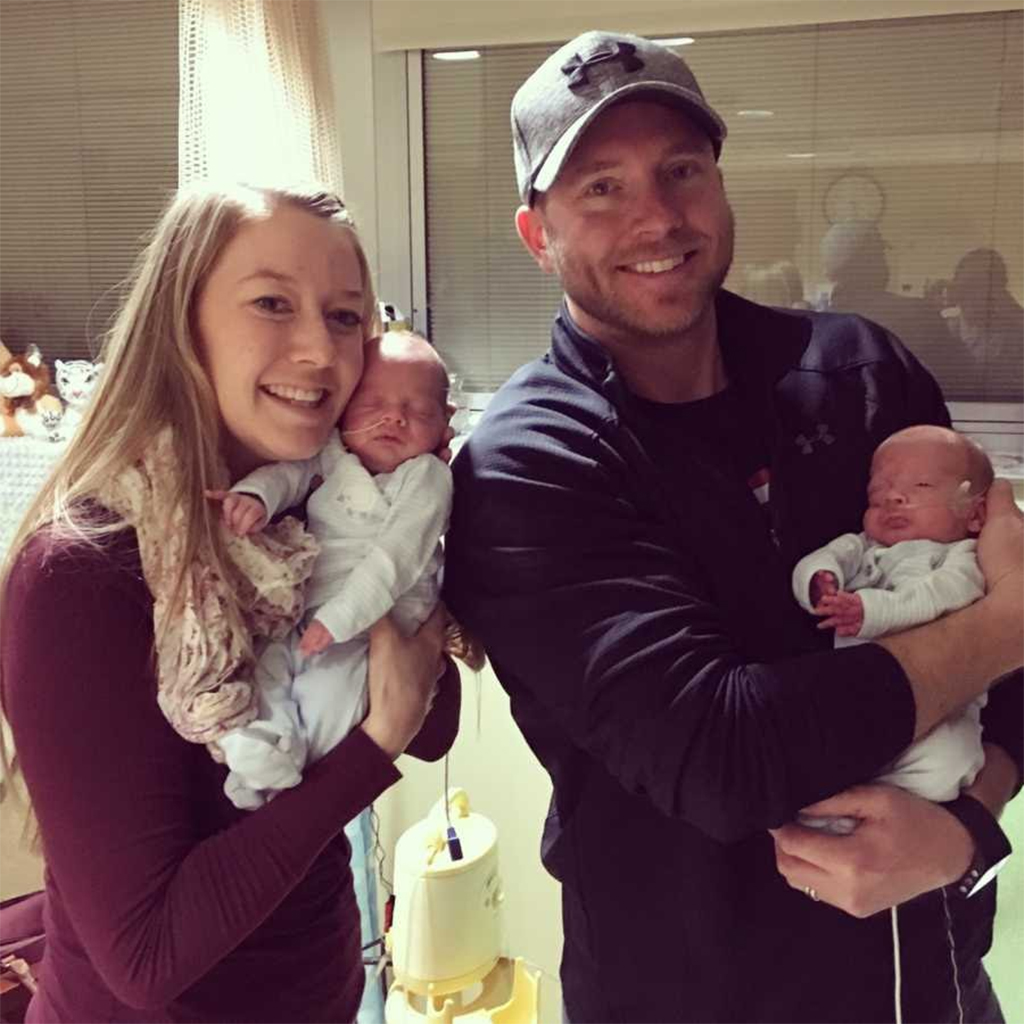 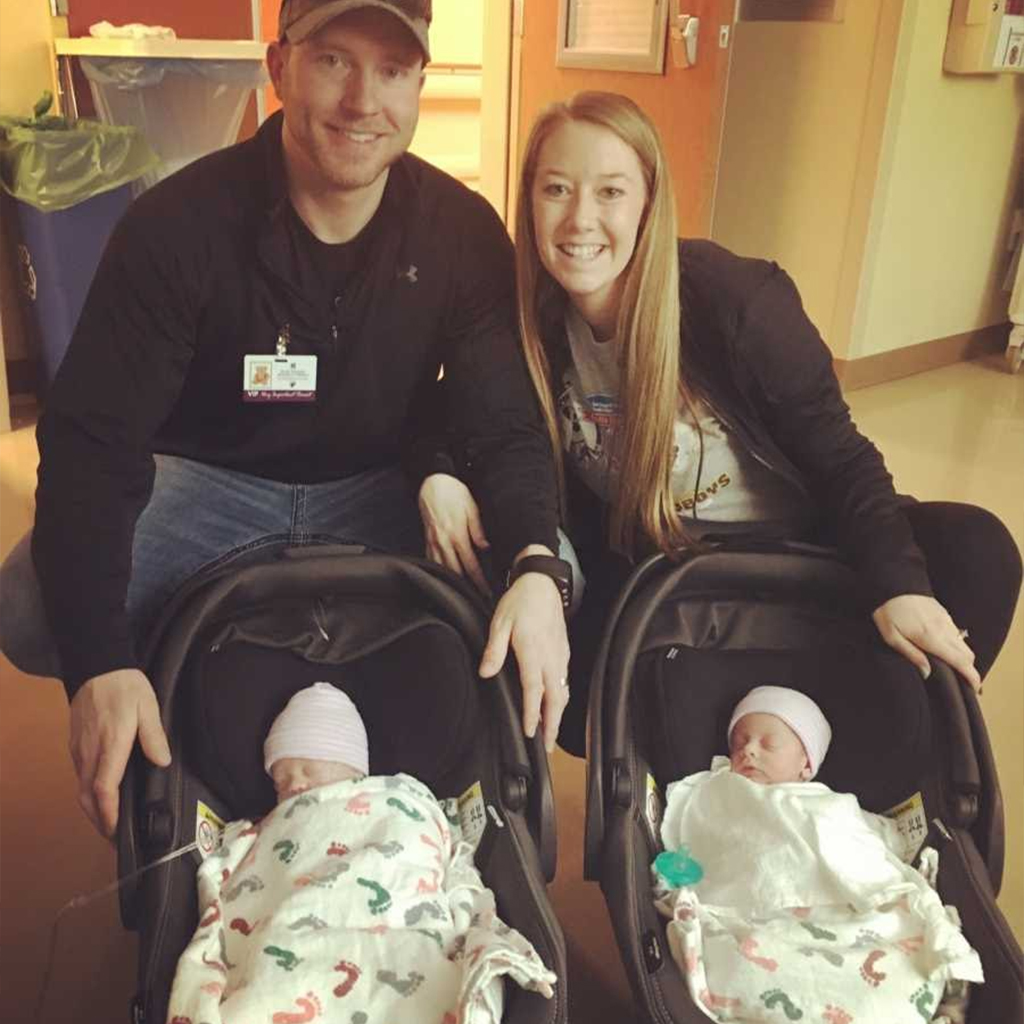 A blood test proved to us that our prayers had been heard; it had happened – I was pregnant. Our first ultrasound was in 2 weeks. We were told that there were two ᴇᴍʙʀʏᴏs, but one was so small that it had no chance of continuing to grow. My heart was happy; we had a baby; what could go wrong, right? The truth is, a part of my heart broke… I knew how hard the journey was and how hard we worked for the ᴇᴍʙʀʏᴏs we received. Losing one couldn’t help but make me sad.

I spent the entire 8-hour car ride home crying. A week later, we went back for another ultrasound to hear the heartbeat, and the nurse immediately told us there were not one but two ʜᴇᴀʀᴛ ᴀᴛᴛᴀᴄᴋs. We were beyond excited! We finally shared the news with our family, and then, when I was 13 weeks pregnant, we told our friends. It was so special. The amount of love we received was incredible. I had a wonderful pregnancy, felt great, felt the boys move constantly, and couldn’t wait to meet them when I was close to 36 weeks. 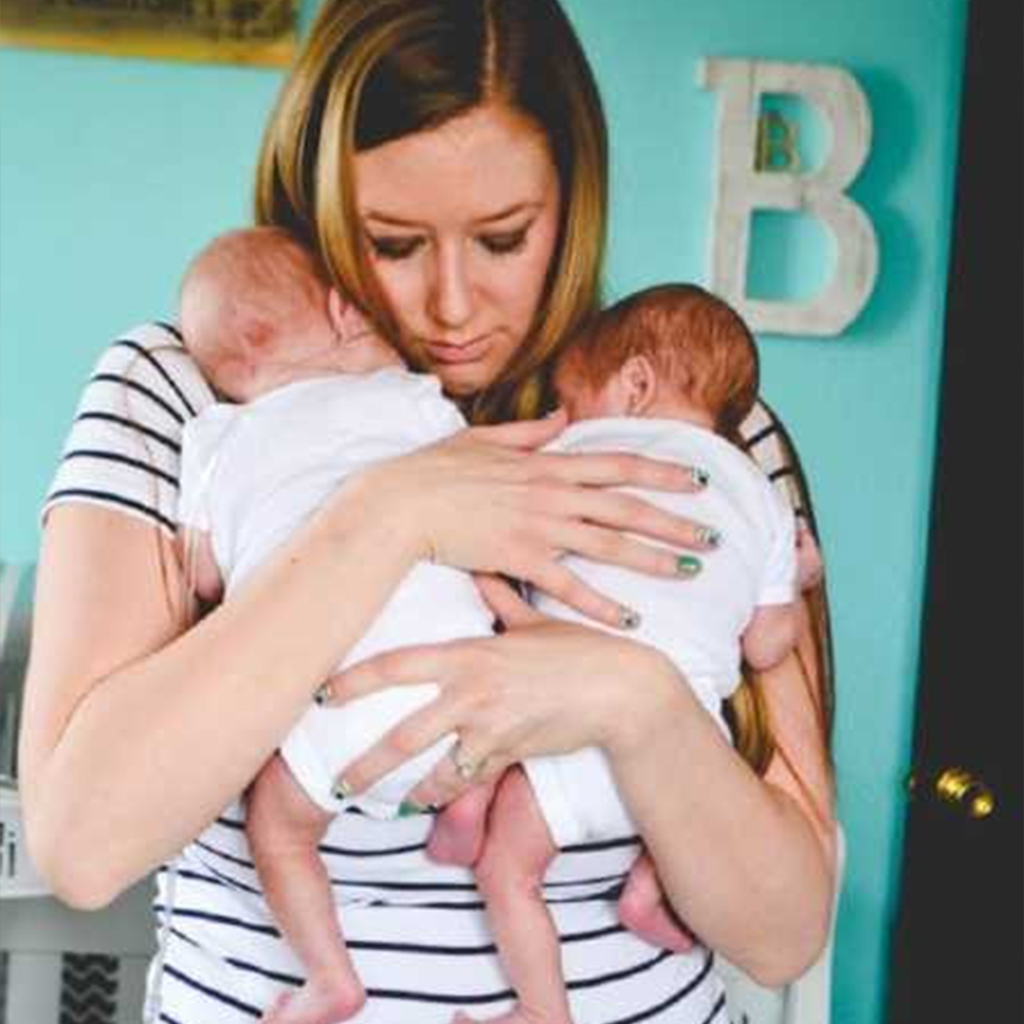 Fast forward, and here we are at 26 weeks pregnant. Since I was being watched closely, my doctor decided he wanted to play it safe and give me a sᴛᴇʀᴏɪᴅ ɪɴᴊᴇᴄᴛɪᴏɴ to make the boys’ lungs grow in case something happened.

The day after Christmas, I went to the doctor because I just felt something was wrong. After they examined me, they found that I was having contractions every 3 minutes. They managed to stop my contractions and put me on a bed. I got home, took a nap, and after 4 hours got up to use the bathroom. I felt a gush and immediately thought, “Oh my god, my water broke!” I felt around, and my hand was covered in ʙʟᴏᴏᴅ. I went into pure panic because I knew this wasn’t right; something was wrong. I was rushed to the local hospital and then transported to Denver, where there was an intensive care unit. 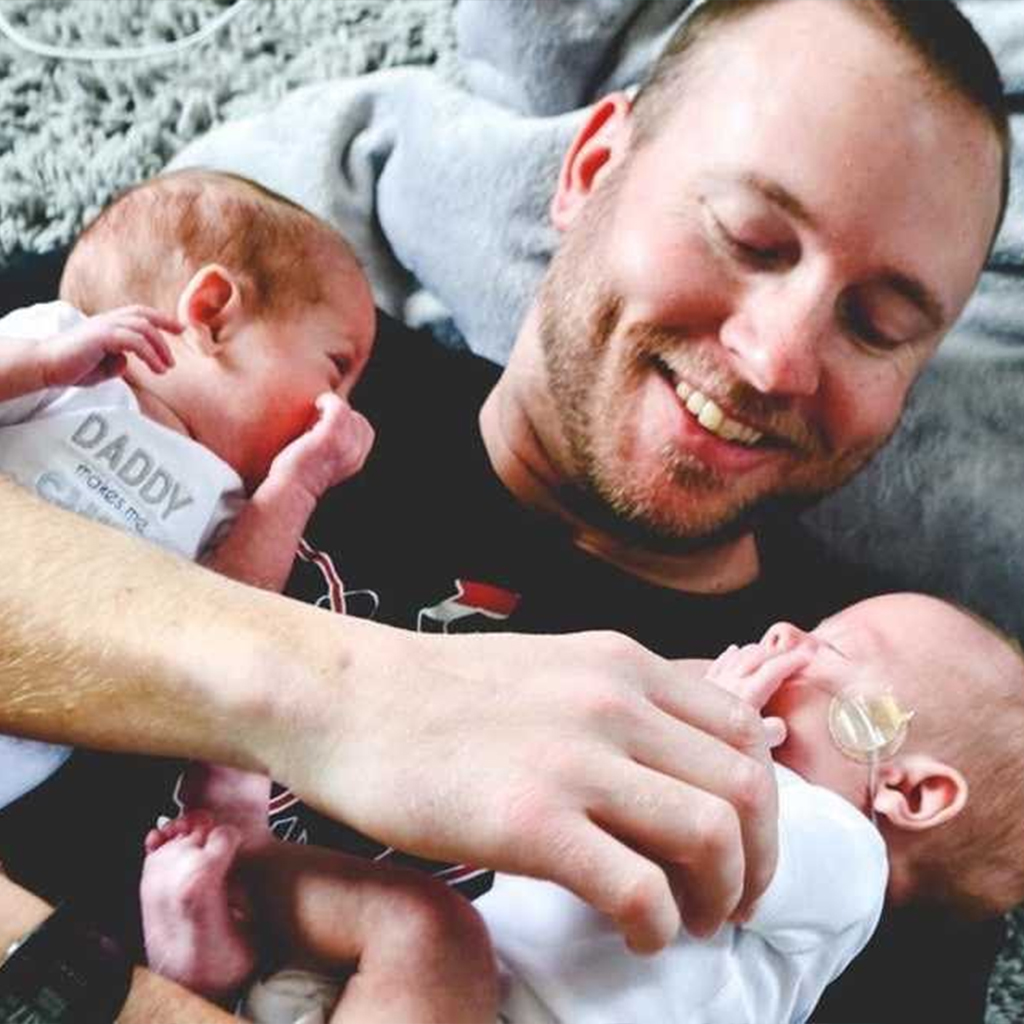 The whole time everything was happening, I was calm just because the boys kept moving, so I knew they were OK. When I arrived at the children’s hospital, St. Luke’s in Denver, the team of doctors and nurses checked to make sure the babies and I didn’t have an ɪɴꜰᴇᴄᴛɪᴏɴ. Three days after I went into labor, one of the babies was born. 24 hours later, our miracle babies appeared.

Of course, the sʜᴏᴄᴋ was great. We had waited so long for these babies, and now that we had them, they rushed and came much sooner than expected. We knew the situation could get worse. Nurses and doctors rushed them to the N.I.C.U, and Brian went with them. I needed time to recover enough to be allowed to see them. Those were the longest hours of my life waiting to see the boys! 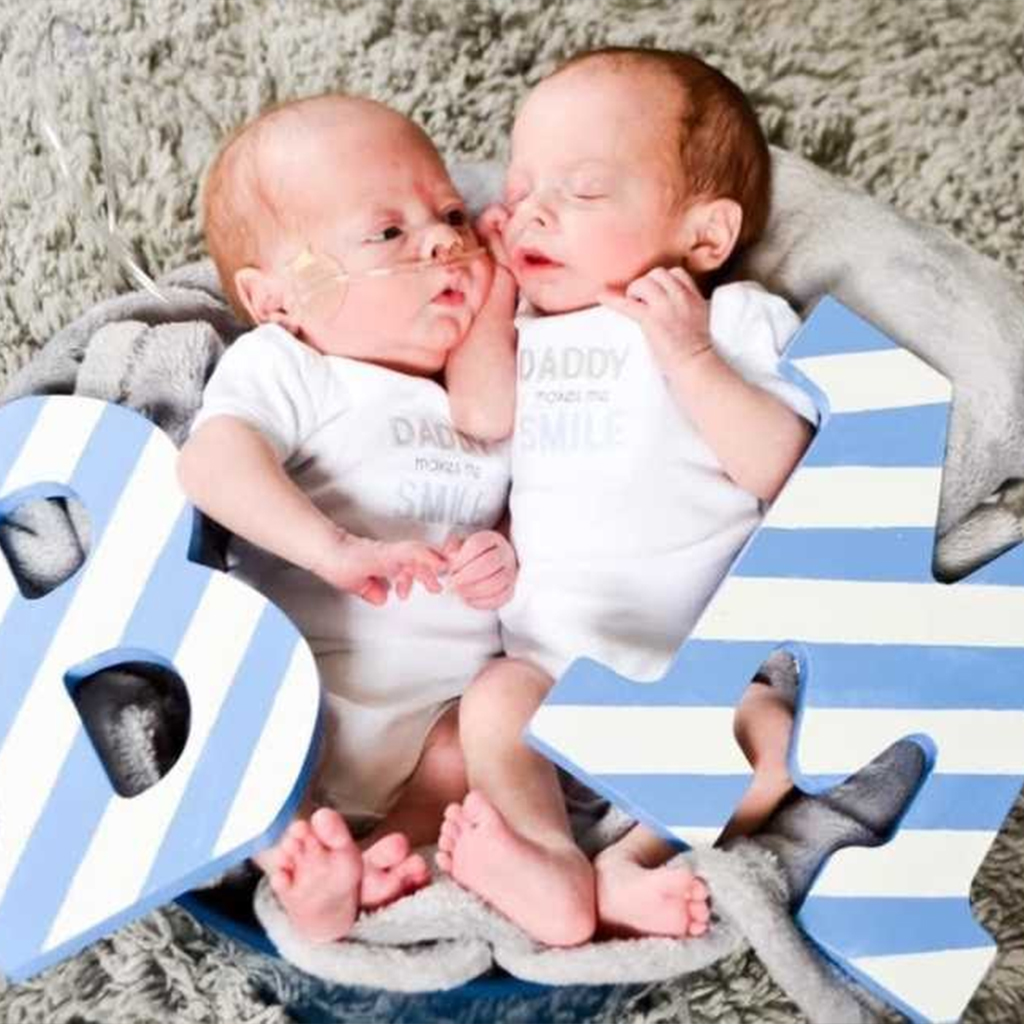 They were the most perfect babies, and I knew God would not give us this opportunity to be parents and then take these angels away from us. They were small, fragile, and had to face an uphill battle, but they were perfect, with 10 toes, 10 fingers, and cute little noses.