Mary Marshall, 86, had eight children herself and has as many as 90 grandchildren. Now her family has been expanded with the arrival of newborn Nyla, and it is the only family in the whole of Britain with six generations alive.

86-year-old Mary Marshall has become the only person in Britain who has five generations under her. Recently, Mary’s first great-great-great-grandchild was born, when her granddaughter’s granddaughter, 17-year-old Toni-Leigh Aitken, became a mother for the first time. 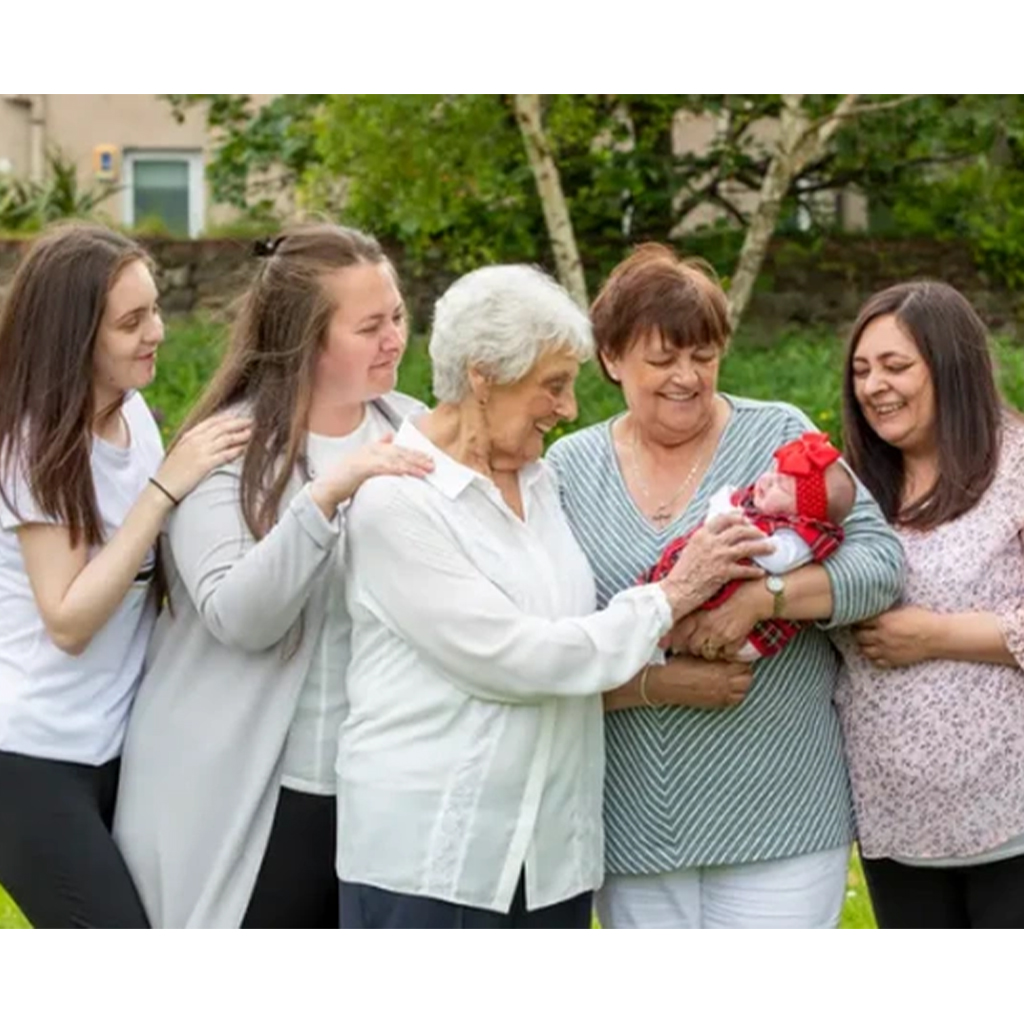 Mary Marshall has eight children of her own and has since had a whopping 90 descendants in the form of grandchildren, great-grandchildren, and so on.

In The Mirror, the six generations show up together. Mary, 86, and her eldest daughter Rose Thorburn, 68, are joined by one of Rose’s four children, 50-year-old Chyrel. Chyrel’s daughter Carrie Dow, 35, is there, along with her daughter Toni-Leigh, 17, who recently became a mother herself. The sixth generation is represented by Toni-Leigh’s daughter, Nyla. 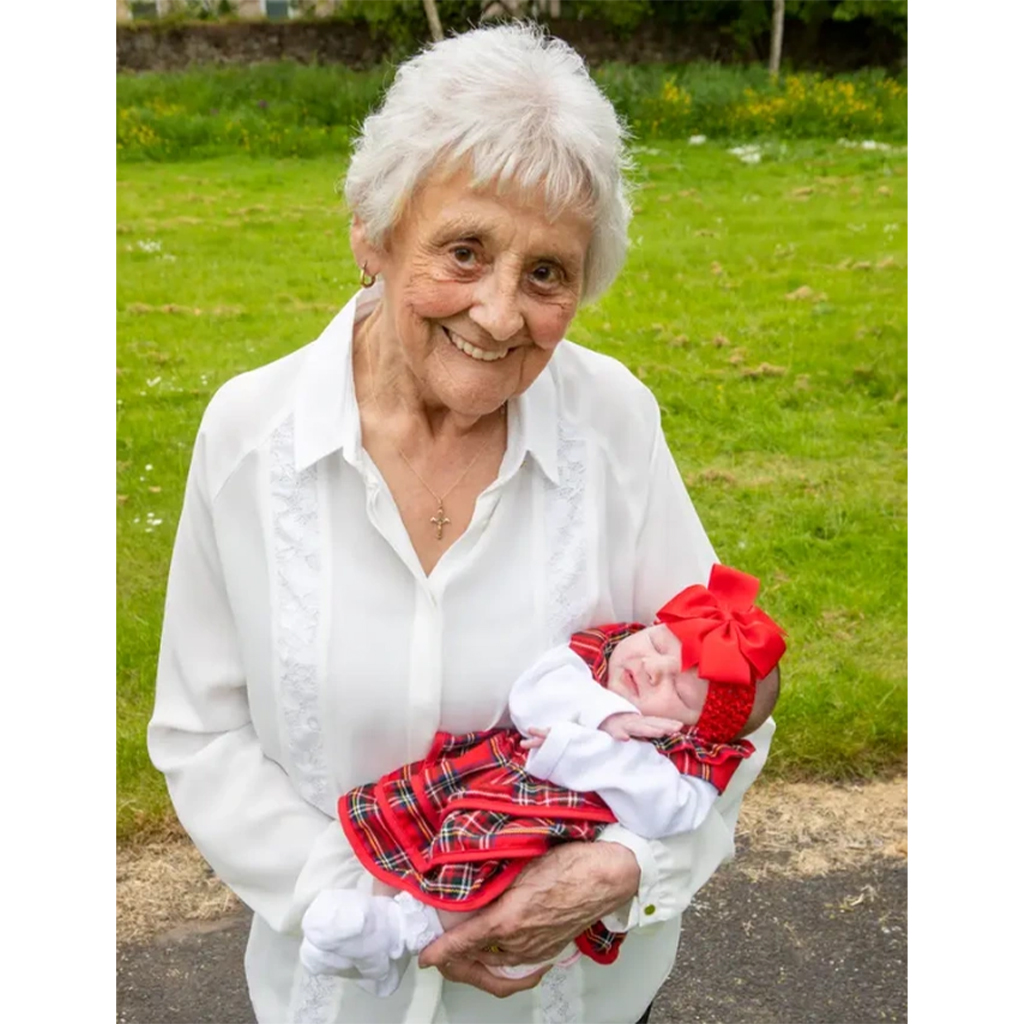 Mary Marshall says that due to the size of the family, she does not need to buy Christmas and birthday presents for all family members, something that would take “half a year.”

“I’m a lucky woman, if I’m honest. It’s wonderful to have such a big family. There is always someone who cares about you. I am indescribably happy,” says Mary to The Mirror. 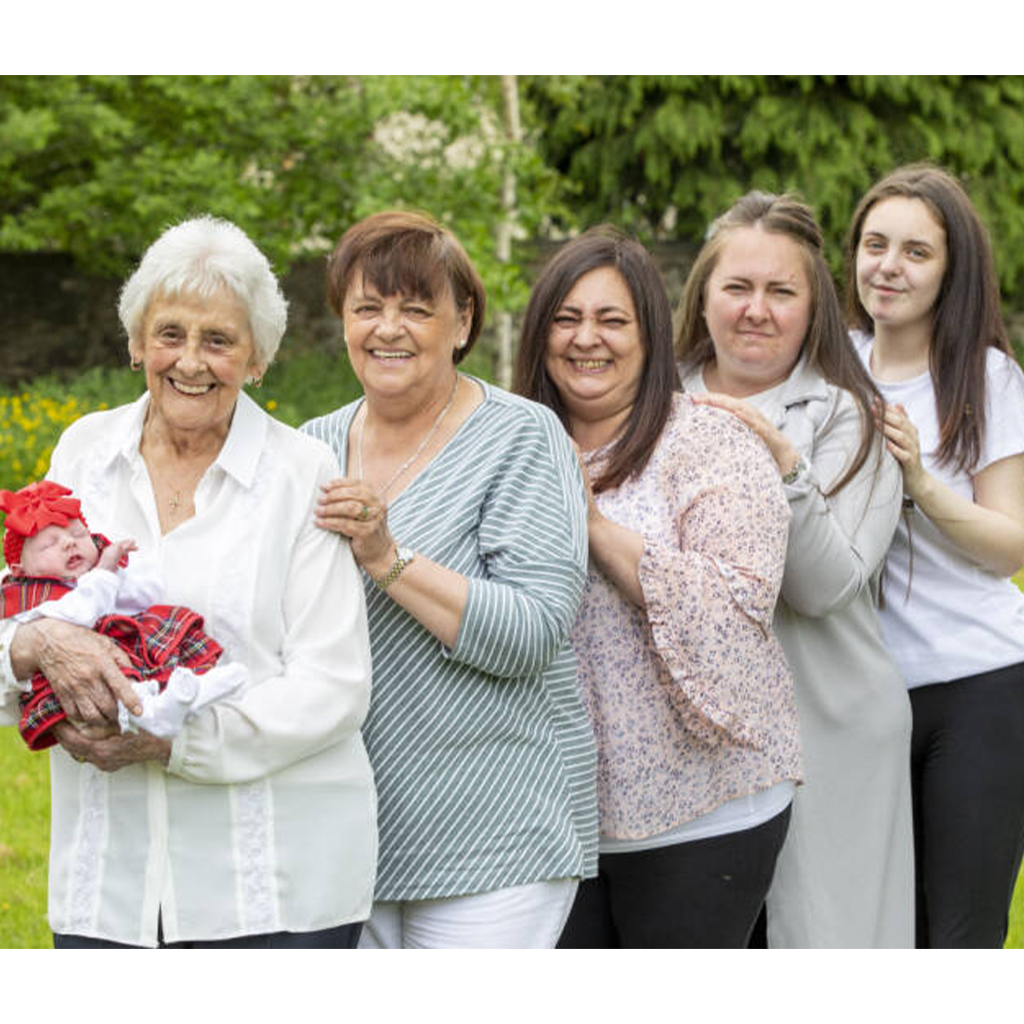 Toni-Leigh claims that when she became pregnant, they joked that it had to be a record and then realized it was. “I have never heard of a family of this size in Scotland. When we see each other, it’s always fun and lots of laughter,” says Mary.