An emotional Lionel Messi celebrated his stunning World Cup victory with his mother, wife and children before being carried aloft around the Lusail stadium by his Argentina team mates, having guiding them to glory over defending champions France this evening.

It was special to see Messi’s children running on to him to celebrate their father’s biggest moment of a decorated and envious career.

The Argentine soccer star, 35 – who scored two goals to help secure Argentina’s win against France in the 2022 FIFA World Cup – received a big hug from two of his sons on the field. He shares three sons, Mateo, Thiago and Ciro with his wife Antonella Roccuzzo. 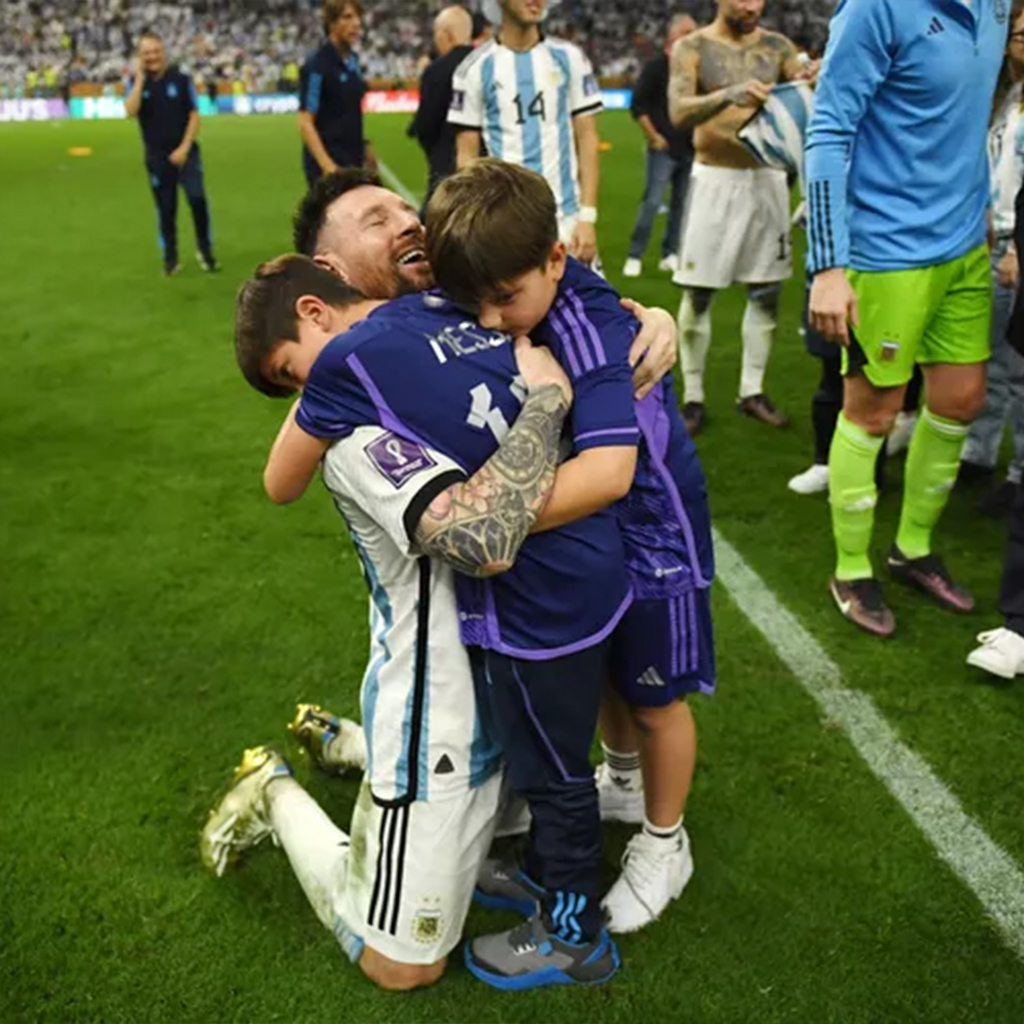 The sweet moment was captured on camera, with Messi on his knees enthusiastically embracing his sons with a big smile on his face. The boys wrapped their arms around him while wearing purple jerseys with their father’s name and number (10) on the back. 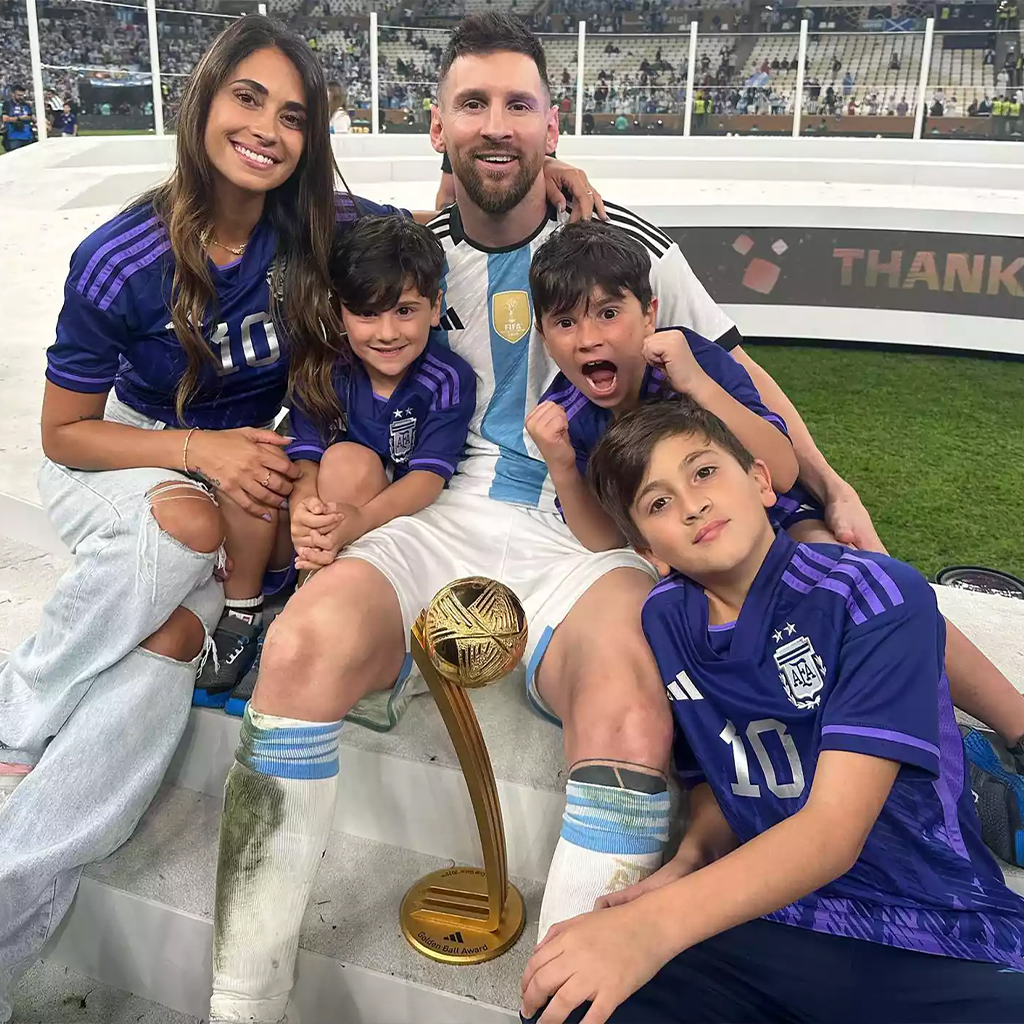 Ahead of the game, Messi’s son Thiago wrote down the lyrics to the song “Muchachos Ahora Nos Volvimos a Ilusionar” to show support for his father, which his mother Antonella shared on her Instagram Story, according to The Indian Express and Daily Mail. 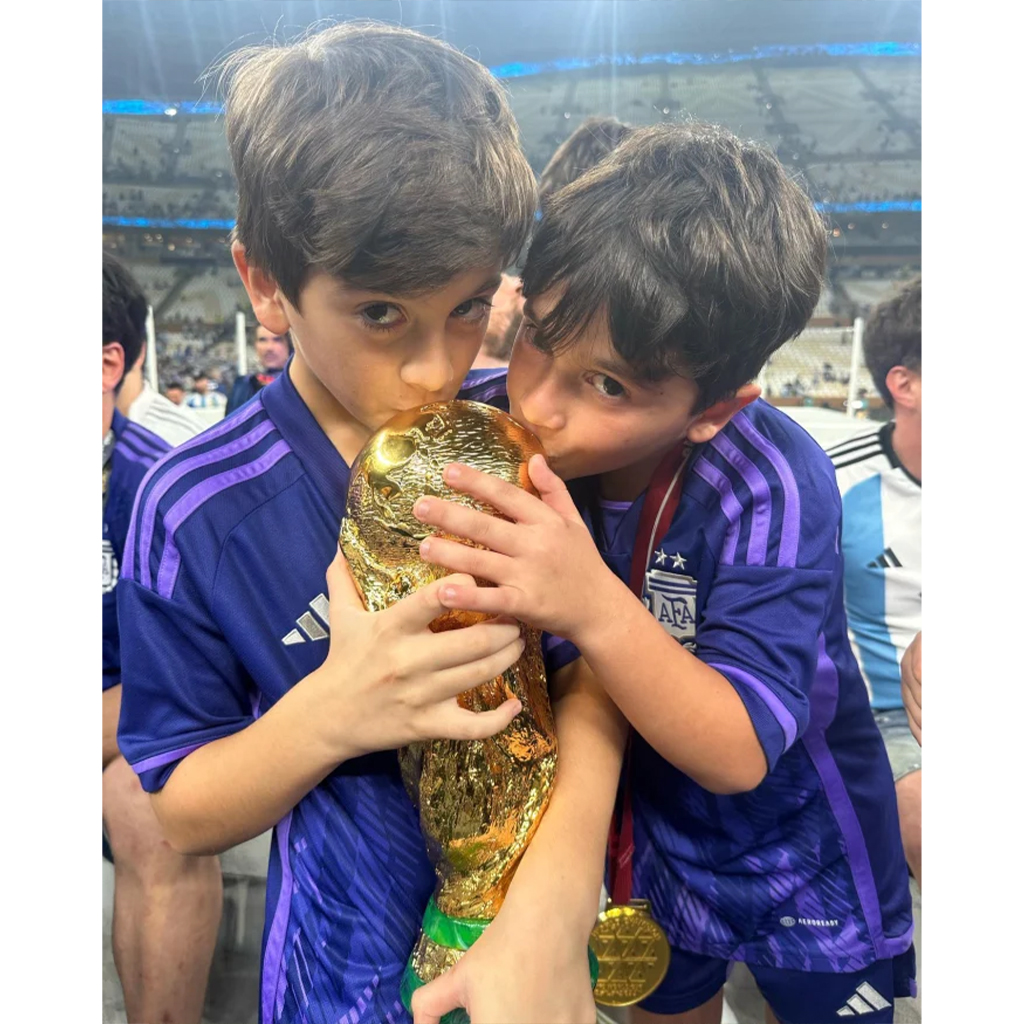 After the win, Antonela Roccuzzo shared several adorable pictures of the family celebrating.

“I don’t even know how to start,” she wrote in the gallery caption. “What a great pride we feel for you @leomessi Thank you for teaching us to never give up, that we have to fight it until the end IT WAS FINALLY DONE YOU ARE A WORLD CHAMPION, we know what you suffered for so many years, what you wanted to achieve this!!!”

Newly crowned World Cup winner Lionel Messi said his children had helped him learn to overcome the pain of defeat because there are more important things in life. He has tributes to his children tattooed on his body and sports their names on his boots. Clearly a proud father, he also regularly shares pictures of his family on social media.