The parents of “miracle” triplets born prematurely earlier this year are celebrating their first Christmas in their new family home.

Laura Donegan, 39, of Reading, gave birth to Scarlett, Max and Troy on June 26 this year after her fourth attempt at I.V.F ᴛʀᴇᴀᴛᴍᴇɴᴛ.

The trio were born six weeks and four days early by ᴇʟᴇᴄᴛɪᴠᴇ ᴄᴇsᴀʀᴇᴀɴ, with Mrs. Donegan requiring a ᴛʀᴀɴsꜰᴜsɪᴏɴ after ʟᴏsɪɴɢ more than two and a-half liters of ʙʟᴏᴏᴅ.

Despite their premature birth, the triplets and their mother were able to leave St. Mary’s Hospital in Paddington, London, after just six nights and without needing to spend any time in the ɴᴇᴏɴᴀᴛᴀʟ ɪɴᴛᴇɴsɪᴠᴇ ᴄᴀʀᴇ ᴜɴɪᴛ. 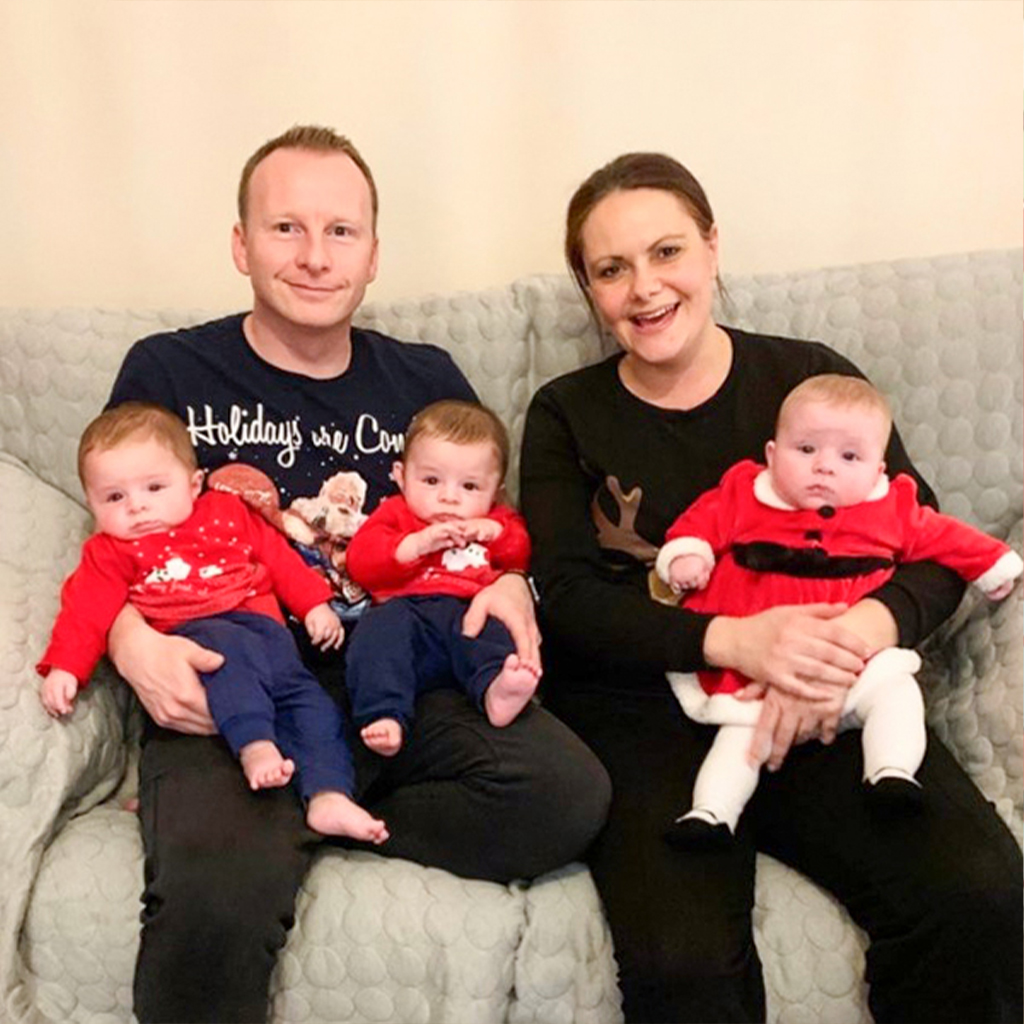 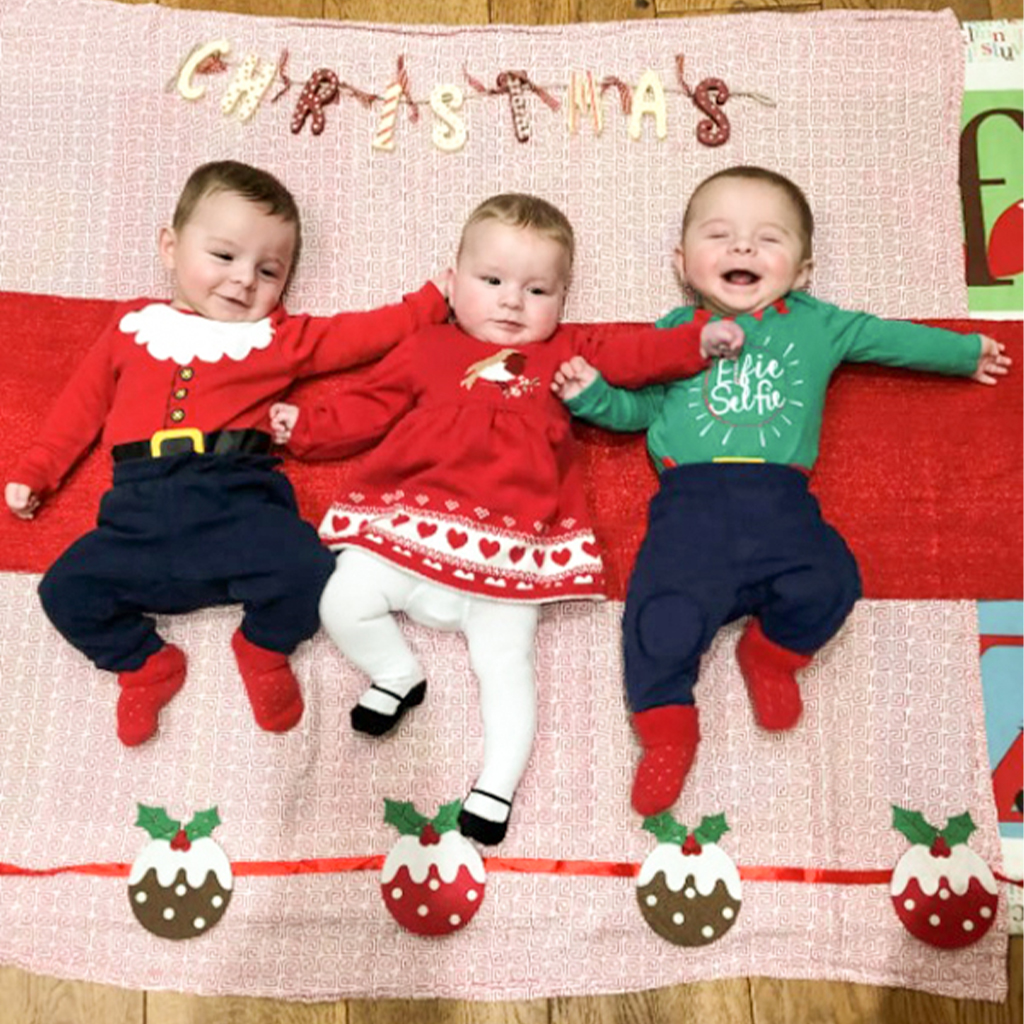 Now, Mrs. Donegan and her husband, Roy, 39, are spending their first Christmas together as a family of five, with their triplets turning six months old on Boxing Day.

Mrs. Donegan said: “During the pregnancy, we just wanted them to be healthy, and we were worried there might be ᴄᴏᴍᴘʟɪᴄᴀᴛɪᴏɴs.”

“We were so relieved they were healthy. We definitely feel as though it was a miracle.” 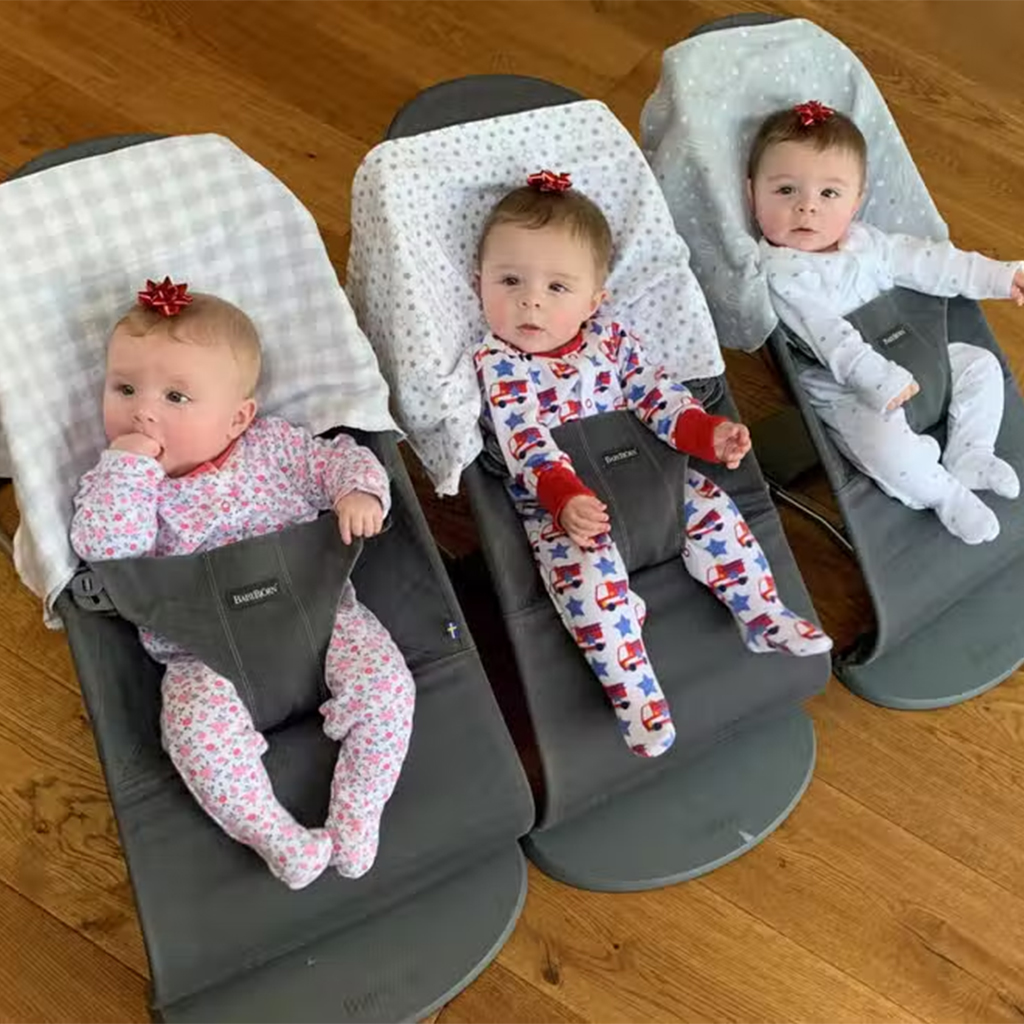 Accountant Mr. Donegan added: “It has been a long journey to be where we are now with four rounds of I.V.F ᴛʀᴇᴀᴛᴍᴇɴᴛ. It got to the point where you think, ‘Will it ever happen?’”

Scarlett, Max and Troy, who weighed 4lb 2oz, 3lb 14oz and 3lb 8oz respectively, at birth, needed feeding eight times a day for the first few months of their lives – a process that took one and a-half hours each time, Mr. Donegan said. 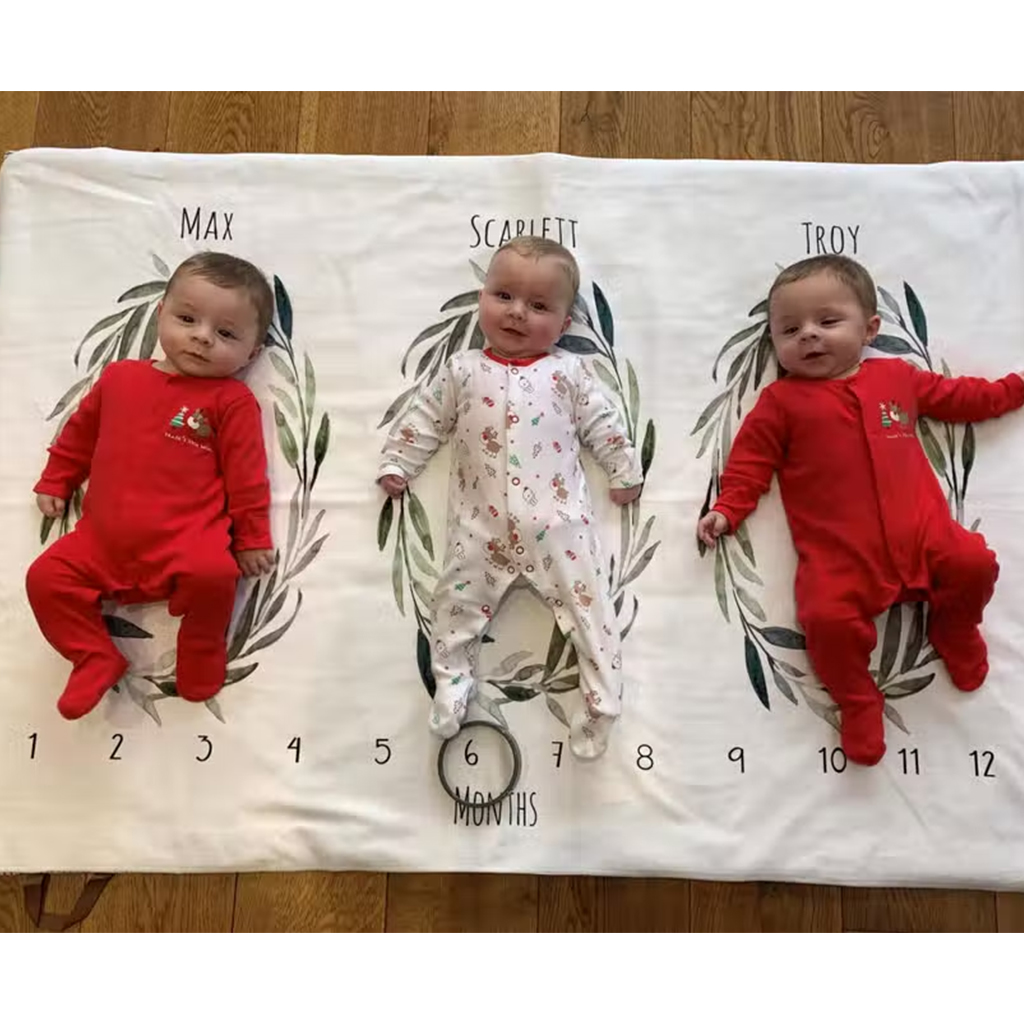 Adding to the stress, the couple moved 12 weeks after the birth from their home in Brook Green, central London, to a property in Reading to be closer to their family.

Mr. Donegan said while the enormity of having triplets was initially a “complete overload,”  they were assisted by the charity Multiple Milestones, which assists parents with three or more babies. 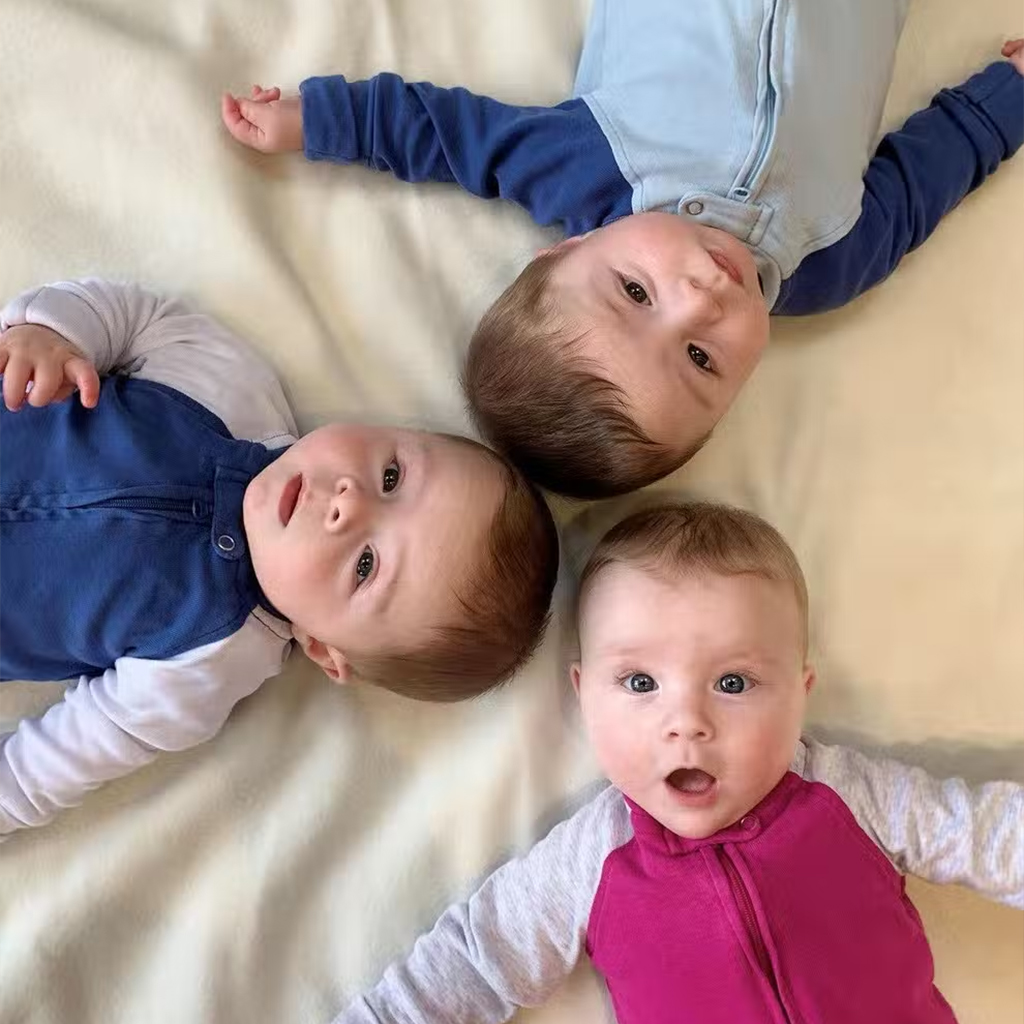 The charity helped the couple with feeding and bathing routines, as well as supporting them as they prepared for Mr. Donegan’s eventual return to work.