The three photos were posted on Twitter and immediately went viral, generating all kinds of comments on the networks.

A tweet with three photos of babies, where they are seen locked inside a transparent acrylic tube, went viral and is causing a stir on the Internet after a user from Canada shared it on his Twitter account.

The user comments came in quickly. Many found it very funny. However, others were concerned by the images, wondering what the little ones were being subjected to. 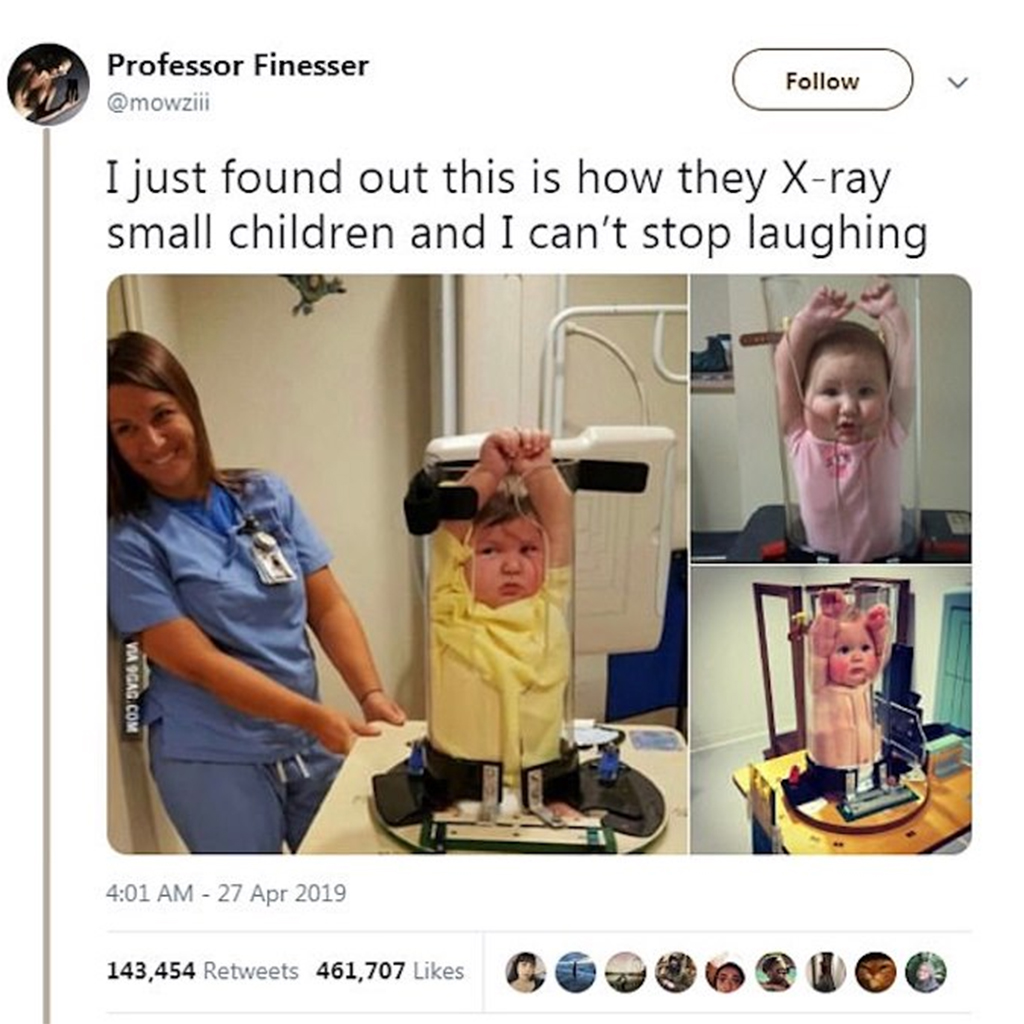 In the images, you can see how the babies are compressed inside a kind of cylinder, with their little arms forcibly raised above their heads and their faces in a slit to breathe.

It can be seen that they are very confused by what is happening to them and very surprised if we stop at the expression in their eyes.

The boy, who appears to be the oldest of the three, is wearing a yellow T-shirt. He looks disgusted by the position he is in and looks to the side, while his arms are held in the air. Despite his anger, the nurse next to him smiles and appears to be joking with whoever is behind the camera. 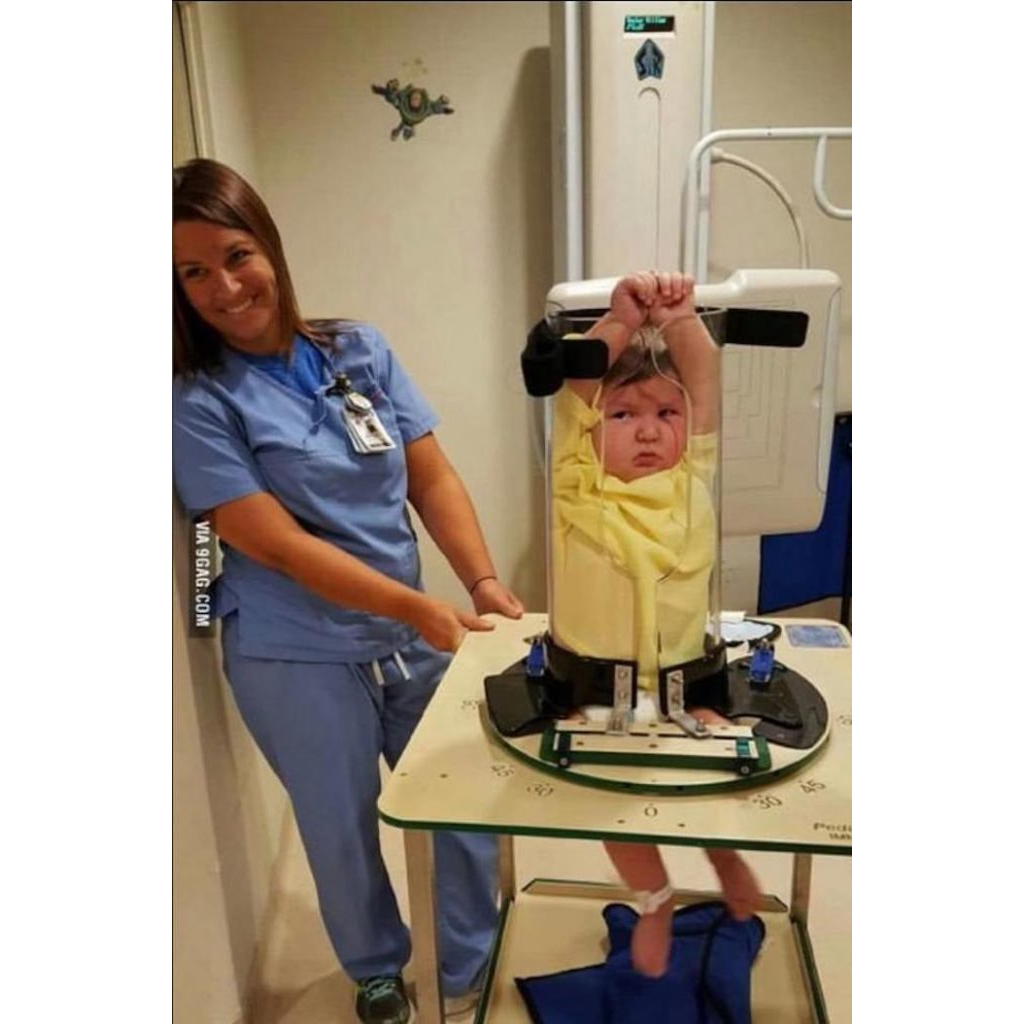 In response to the comments, a health professional commented that the device shown in the images was not an instrument of torture and that what the publication said was true: the device was a pediatric X-ray immobilizer.

These three cases are of babies who are going through these studies to be able to indicate an adequate treatment for their speedy recovery. 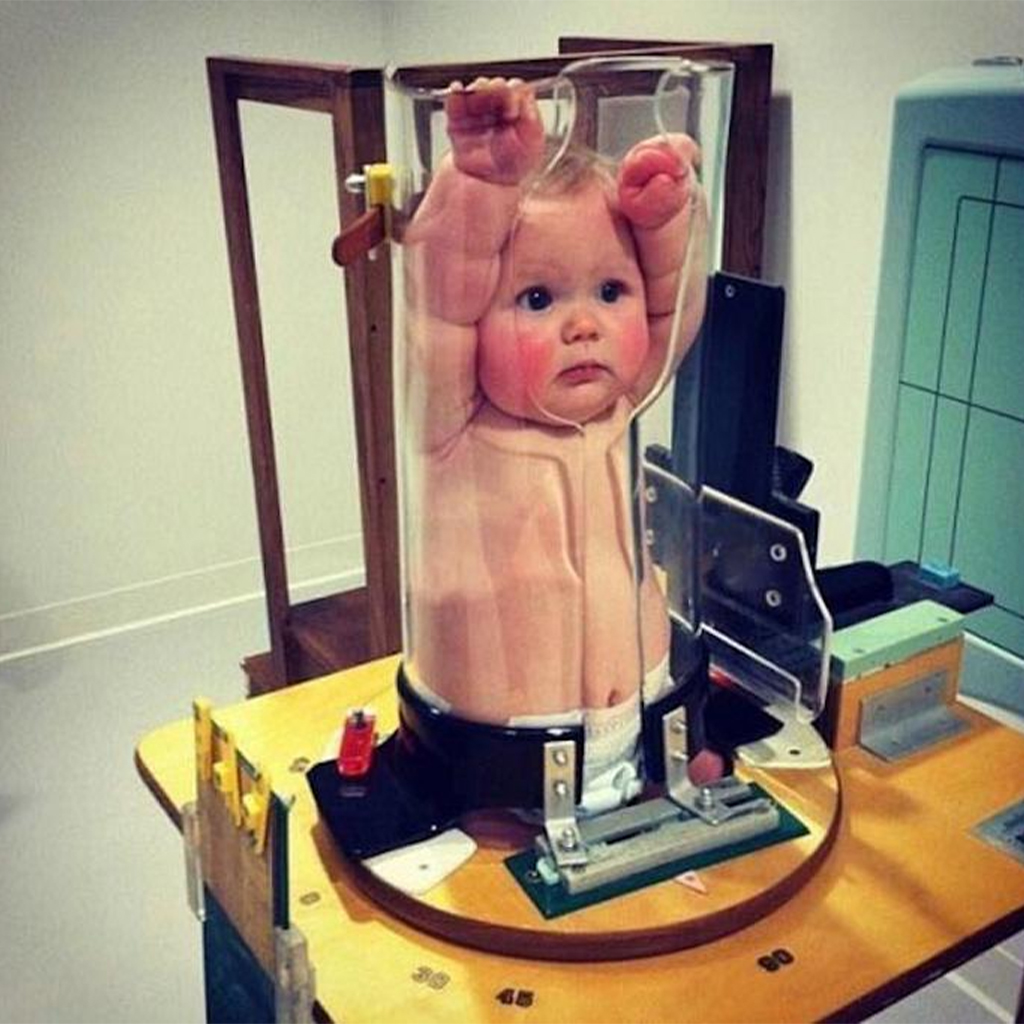 Several parents shared their own experiences when their children had to use one of these devices.

“My first son was inside one of these. They did not notify me. I screamed when they put him on because he was so scared,” a mom commented.

“The photos are fun, but the fact that the baby is there in person is torture. I felt so helpless… and the kid looks at you like he’s being killed!” added another.

However, one parent responded to those who called the post not funny, saying: “Everyone who criticizes people for laughing at this needs to relax.”

“Yeah, I have a kid who has to be in one of these for a chest X-ray. And, yes, he will scream and cry with the same ferocity as when I denied him access to the dog’s drinker.

Others also said it made them “laugh,”  but they also felt sorry for the babies in the photos. Someone also compared the device to a “blender.” 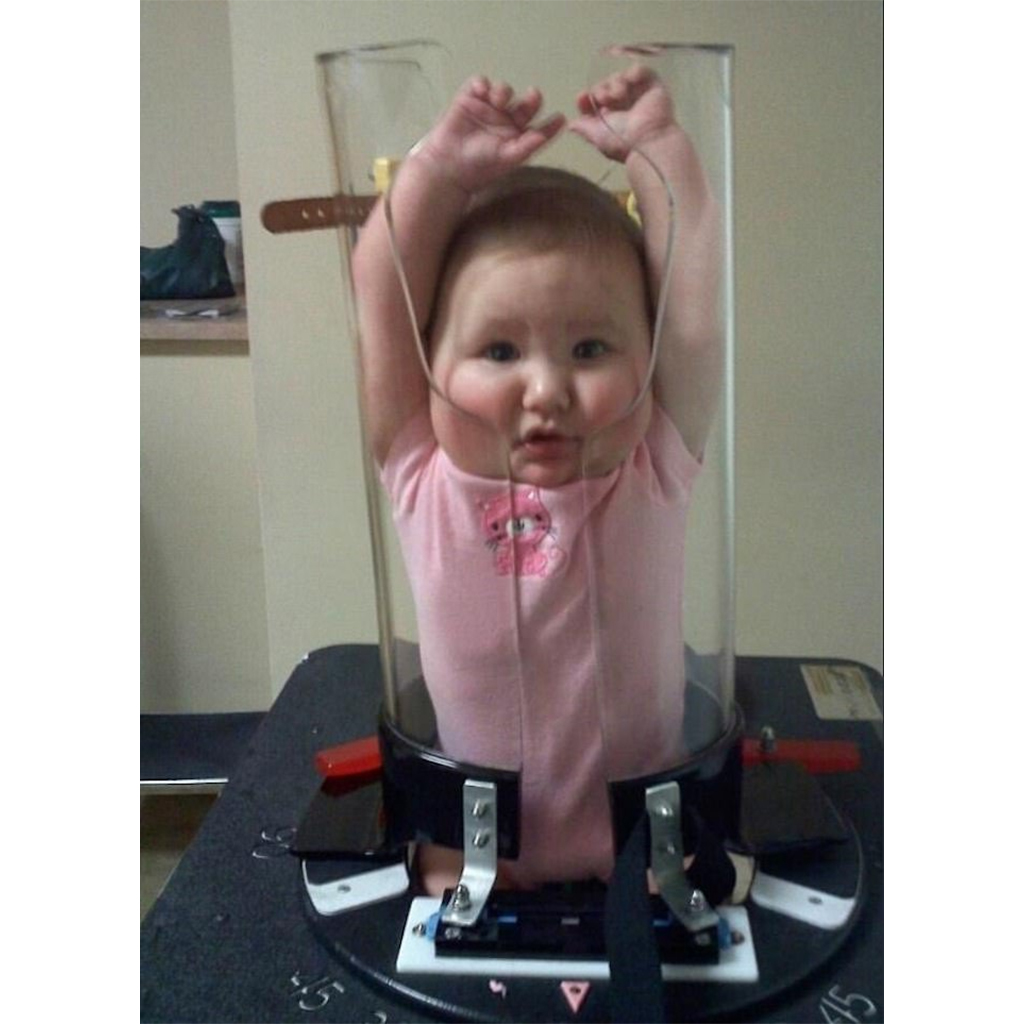 By confining and immobilizing the child, you reduce procedure time and ensure that the child does not have to be re-exposed for a shaky X-ray.

When the device is used, children only need to wear their diaper, and someone has to lift their arms up for them while the seat is brought to the correct level and sat there.

In general, this device is no longer used. Now very young babies are placed in padded cribs that immobilize them without hurting or frightening them.