Life always has surprises in store, and it usually throws them when we least expect them. Bethany Harris, 22, was a young, free, and single woman when she found out she was pregnant with triplets.She now lives in Milton Keynes with her children, who were born in December 2021. She works as a restaurant manager and is still single. Here is her story…

“I never planned to have children. My nieces and nephews were enough for me, so when I accidentally got pregnant with my partner, Craig, it was a real shock. I was only 22 years old; we hadn’t been together for long, and we weren’t planning to start a family,” said the young mother. 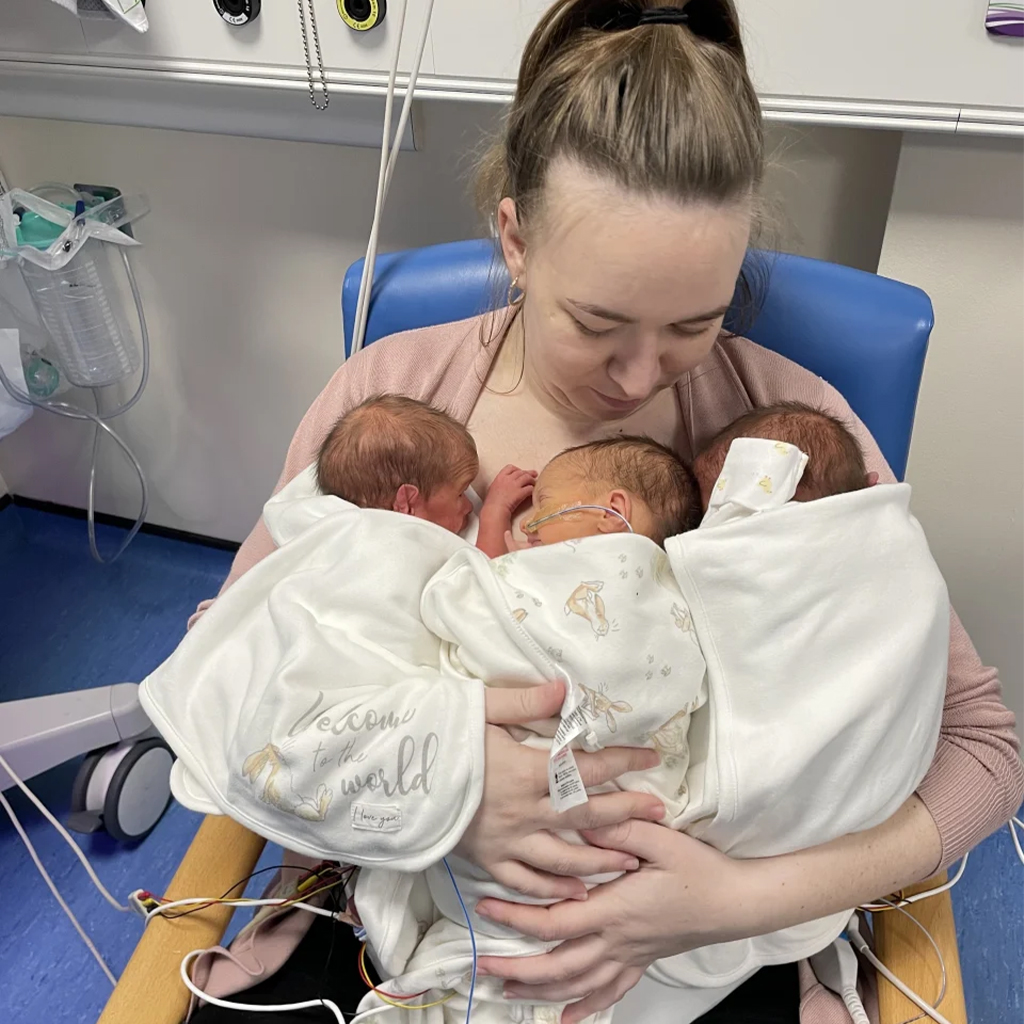 When she went for her first pregnancy test, she was 7 weeks along and was told she was expecting twins. While she tried to recover from the shock, it turned out that there were not two but three fetuses living inside.

“I felt like my heart had stopped. I couldn’t believe it,” Bethany continued the story. She immediately texted her mom “three,” but she thought it was just a joke. In fact, everyone she broke the news to thought she was just having fun. 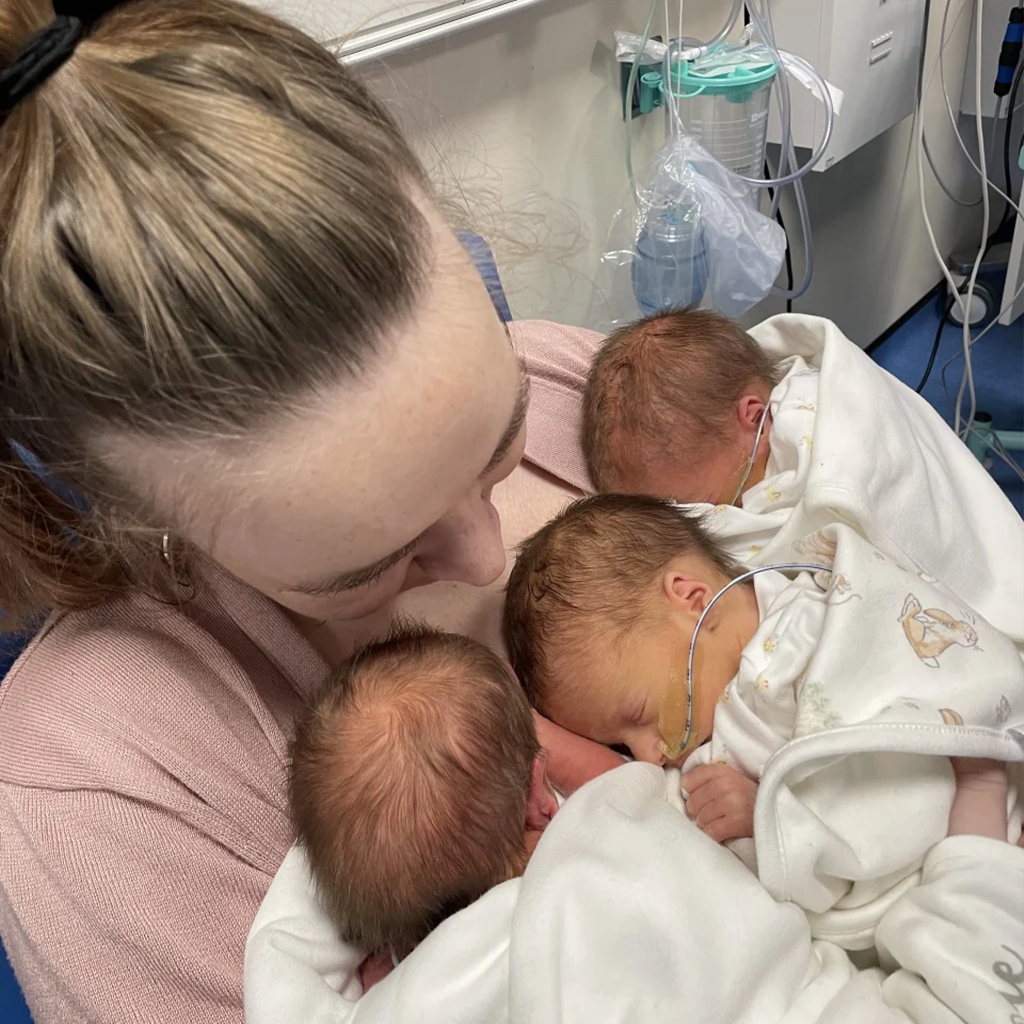 Although Craig has twins in his family, he was also devastated by the news.

“We’d never even lived together, and although we tried to make the relationship work in those early weeks, we realized we weren’t meant to be together. We knew we’d end up resenting each other, so together we decided that, although we would co-parent, it would be better if we weren’t a couple and would live apart,” Bethany said. 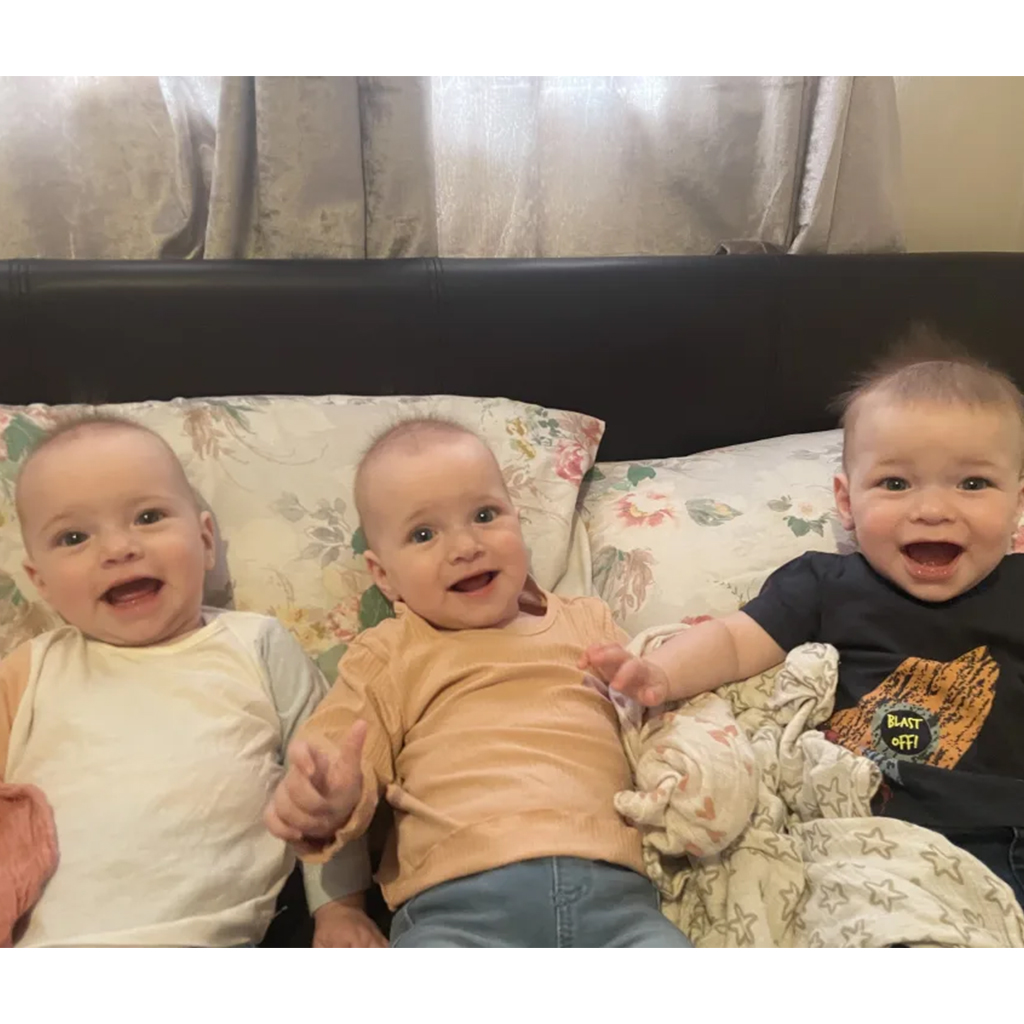 The thought of becoming parents weighed on both of them, but as the weeks went by, the expectant mother felt closer and closer to her children. The possibility arose that the pregnancy should be reduced to one baby due to possible complications, but Bethany could not face this decision. If fate had decreed it this way, “There was never any question that I wouldn’t try to give all three babies the best chance of life,” said the mother.

The pregnancy went smoothly. Both girl babies were sharing a sac, which made it more risky, but she was scanned every two weeks and all was well. She ended up in the hospital at 26 weeks, only because Hope was lying awkwardly on her bladder, but she was fine. The delivery was scheduled for the 34th week by caesarean section. 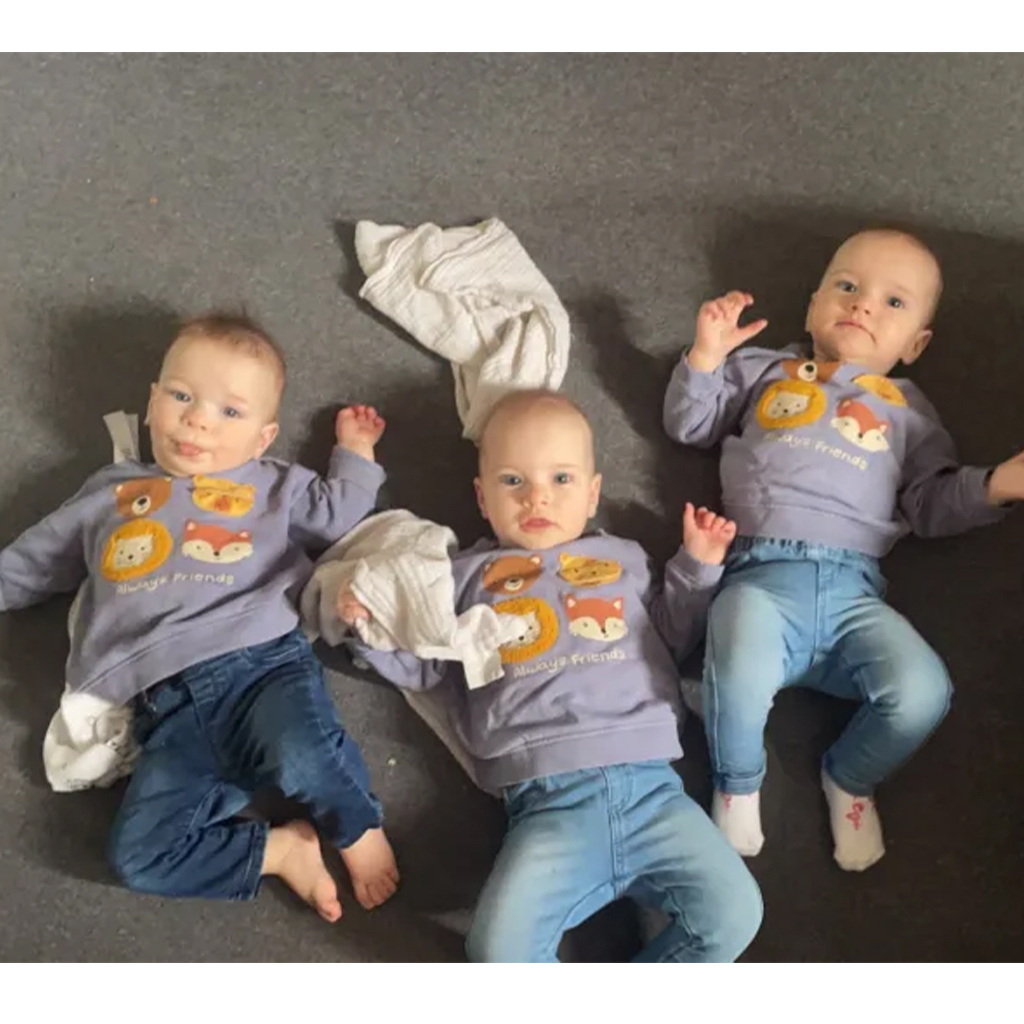 The woman gave birth to three healthy babies. However, the girls needed oxygen on the first day, while the little boy was in intensive care because his lungs were not functioning properly and he was turning yellow. After three difficult weeks, they were finally able to go home.

“I must be one of the lucky ones because I found life with triplets surprisingly easy. Maybe it’s because of my age, but I took it easy, and I got a lot of support. Even the doctors couldn’t believe how calmly I took them home,” testified Bethany. 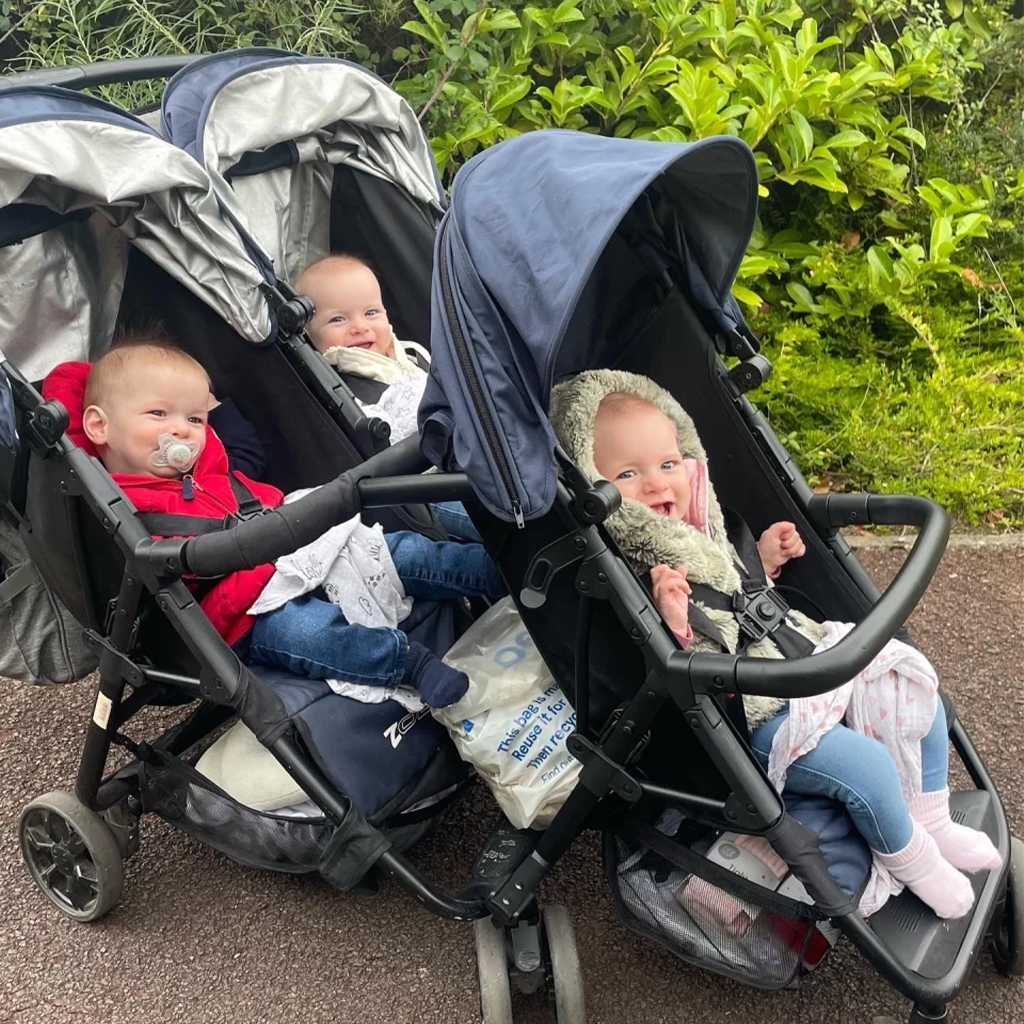 The first months were spent settling into the routine until a rhythm was established that was comfortable for all of us. They were well-sleeping, calm babies who didn’t cause too much of a headache for their mother. In the first weeks, Bethany fed them with breast milk, but since it was difficult to have three at once, she switched to formula, which made feeding much smoother.

The “little destroyers” drank a total of three boxes of formula in about a week and a half and required 24 clean diapers a day, which is no small amount.

“I have to admit that I’m worried about future finances, especially when they get older,” Bethany said, then corrected herself: she’ll worry about that when the time actually comes.

In addition, Craig and Bethany’s family also help them a lot, so there is really nothing left but to enjoy every single moment of motherhood, which, although she did not want it, gave her a lot of joy in retrospect.

“It’s crazy to think that this time last year I didn’t have a child, and now I’m a mother of three, who will soon be one year old. But I haven’t regretted anything, and I can’t imagine it any other way,” Bethany revealed.