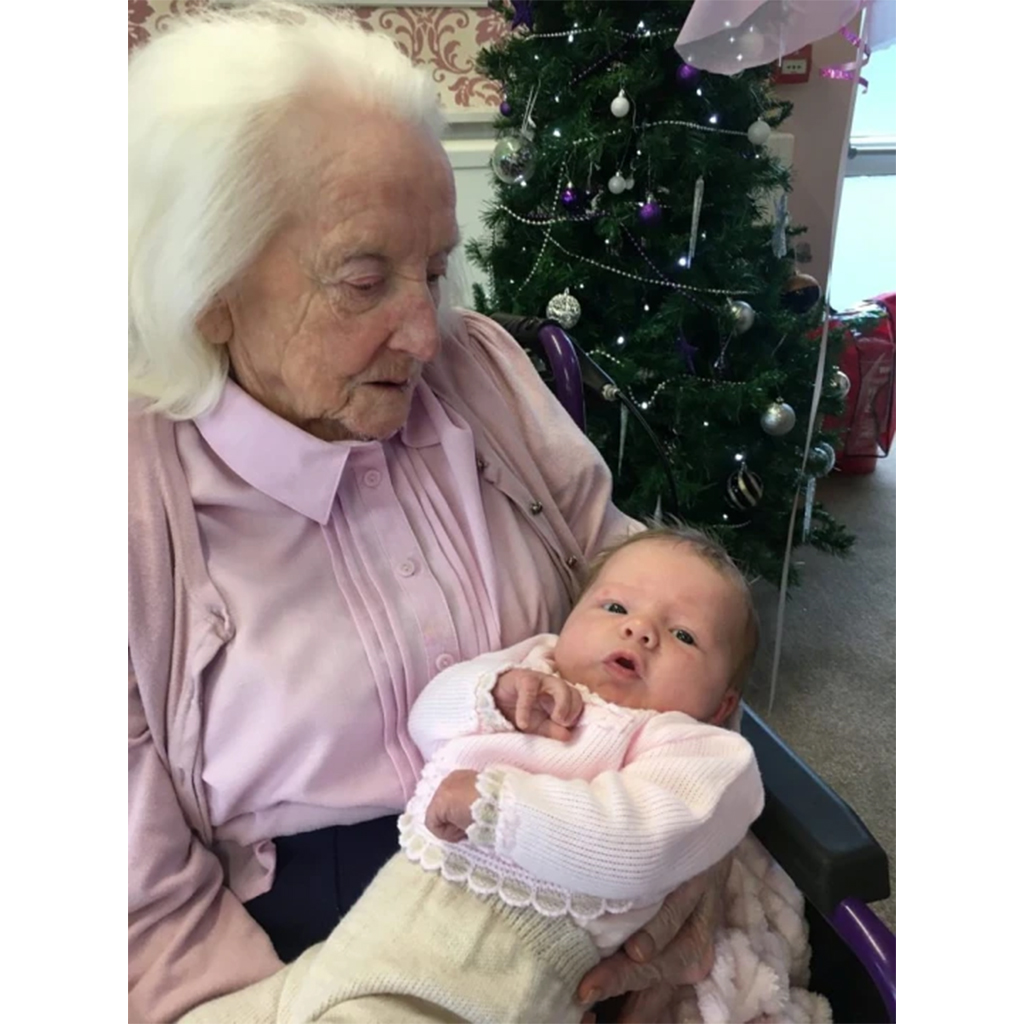 The old woman had to wait 75 years for her family to have a baby girl again, and touching photos were taken of the special meeting.

The Smith family watched happily as Gwen held the little princess in her arms as five generations of her family surrounded her. Gwen was so captivated by little Maeva that she couldn’t take her eyes off her.

The Smith family said of the special day: “It was extremely special to be able to bring all five generations together in one place.” Special thanks were given to the management of the home, which made the visit possible even during the ᴘᴀɴᴅᴇᴍɪᴄ.

Gwen will be 101 in a few weeks, and her family says she was incredibly proud and happy to meet the newest member of her family. 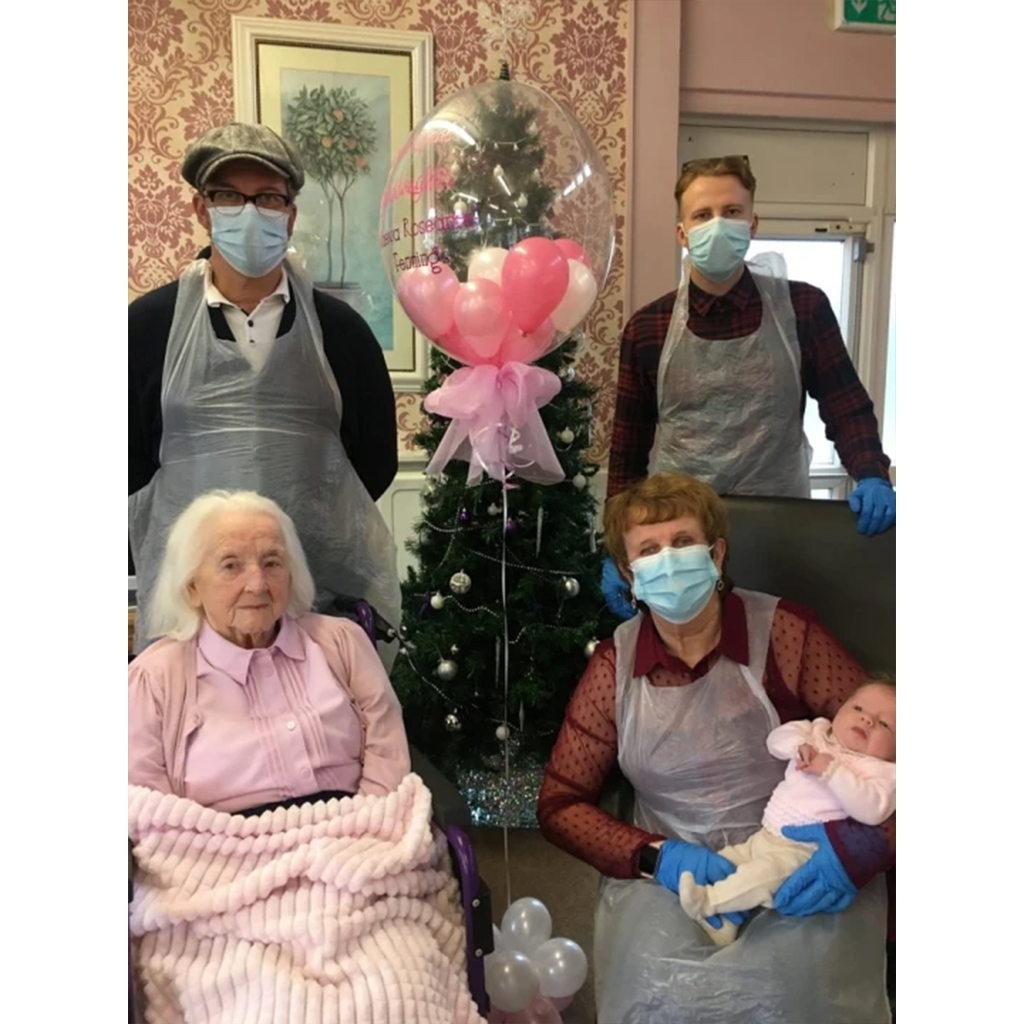 Although Gwen couldn’t see the newborn baby girl clearly because of her cataracts, her great-grandmother’s expression still showed pure happiness. Gwen was born in Essex on February 28, 1921.

She moved to Gravesend in his youth, became a dancer, and performed at many local events while also working in his father’s seed merchant shops in Kent.

At the age of 16, she met her husband, Ron, who was studying to be an electrician. Unfortunately, the couple had to separate when Ron went off to ᴡᴀʀ. 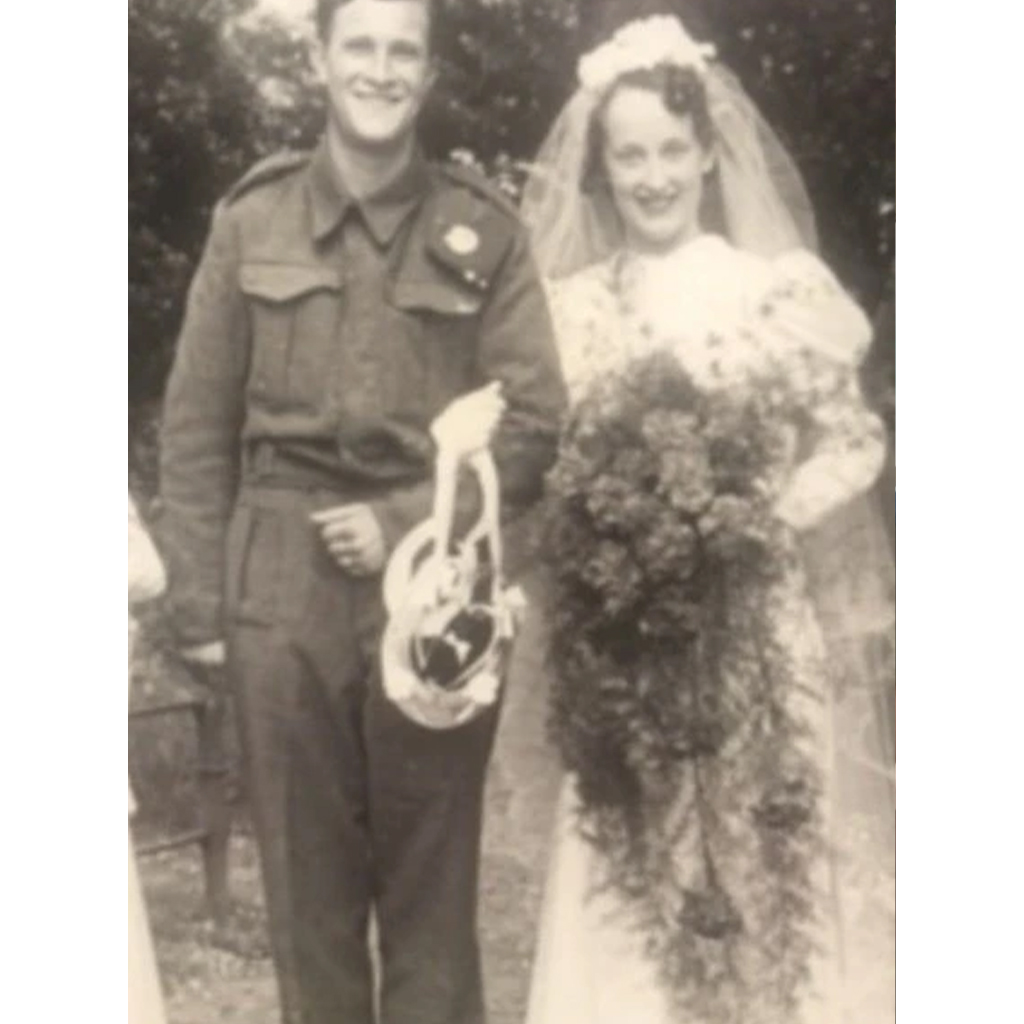 The lovers eventually married in 1940, at the height of Wᴏʀʟᴅ Wᴀʀ II, when Ron received an 8-hour leave while stationed on the Isle of Grain. After they said goodbye, they didn’t see each other for another five years.

The newlyweds were finally able to be together again after the war and spent many happy years together. They had two daughters, Gloria and Sandra. Until baby Maeva was born, Sandra was the last girl in the family for more than seven decades.