A 56-year-old woman is pregnant with her son’s baby, and she says she can’t wait to give birth to her granddaughter!

More specifically, Nancy Hauck offered to be a sᴜʀʀᴏɢᴀᴛᴇ mother to the child of her 32-year-old son, Jeff, and her 30-year-old daughter-in-law, Cambria, when the latter had a ʜʏsᴛᴇʀᴇᴄᴛᴏᴍʏ after the ᴛʀᴀᴜᴍᴀᴛɪᴄ birth of their twins. 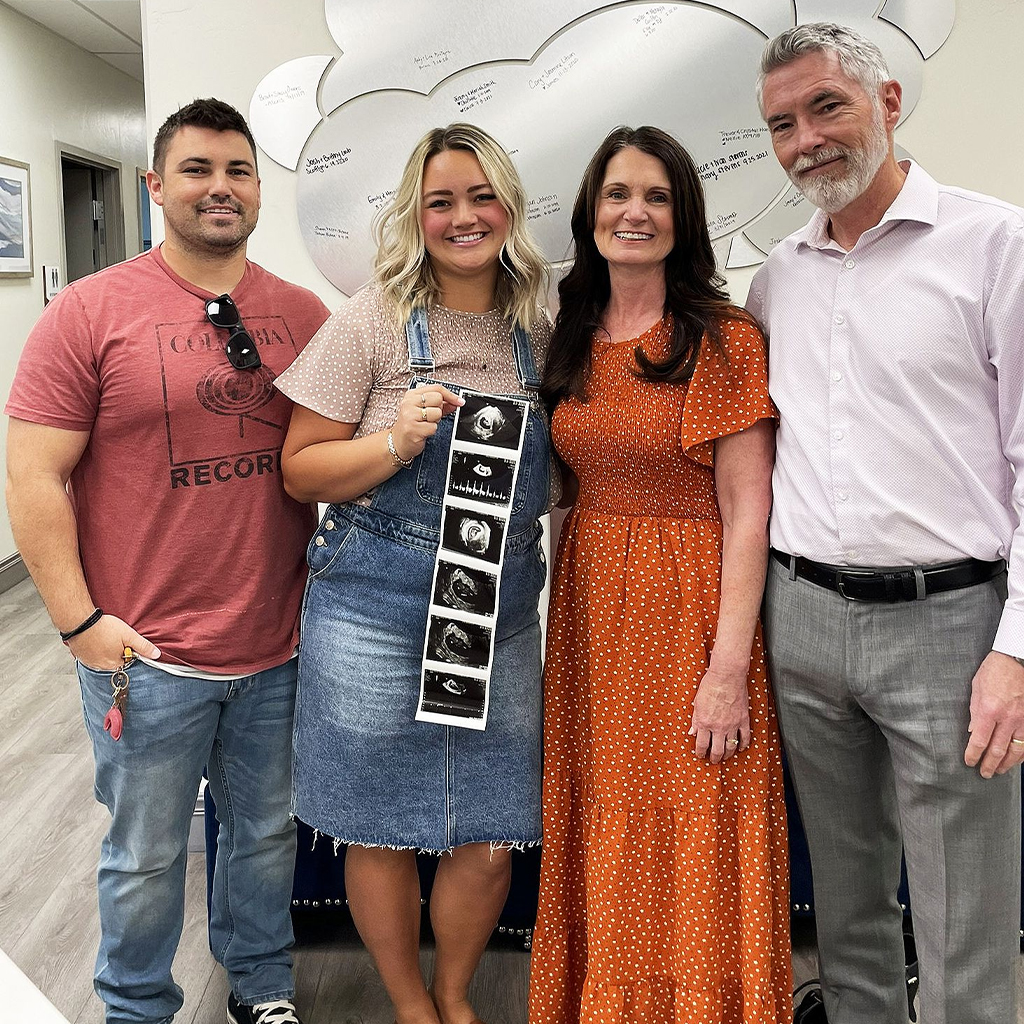 The couple struggled with ɪɴꜰᴇʀᴛɪʟɪᴛʏ for 6 years before having their twin girls, Vera and Ayva, who turned 3, and their twin sons, Diseal and Luka, who are now 11 months old, via ⒾⓋⒻ.

However, Jeff and Cambria wanted to grow their family even more, and 56-year-old Nancy offered to help them. In fact, despite her desire to ᴄᴏɴᴄᴇɪᴠᴇ her 5th grandchild, she did not know if she could because of her age and was pleasantly surprised when the doctors informed her that she was healthy and could become a sᴜʀʀᴏɢᴀᴛᴇ mother.

“I feel very strong that I have my son’s daughter inside me,” the woman said excitedly, adding that she has a lot of support and help from her husband, son and daughter-in-law. Cambria, in turn, expresses her admiration for her mother-in-law, saying that she is a woman whose kindness shines like a beacon! 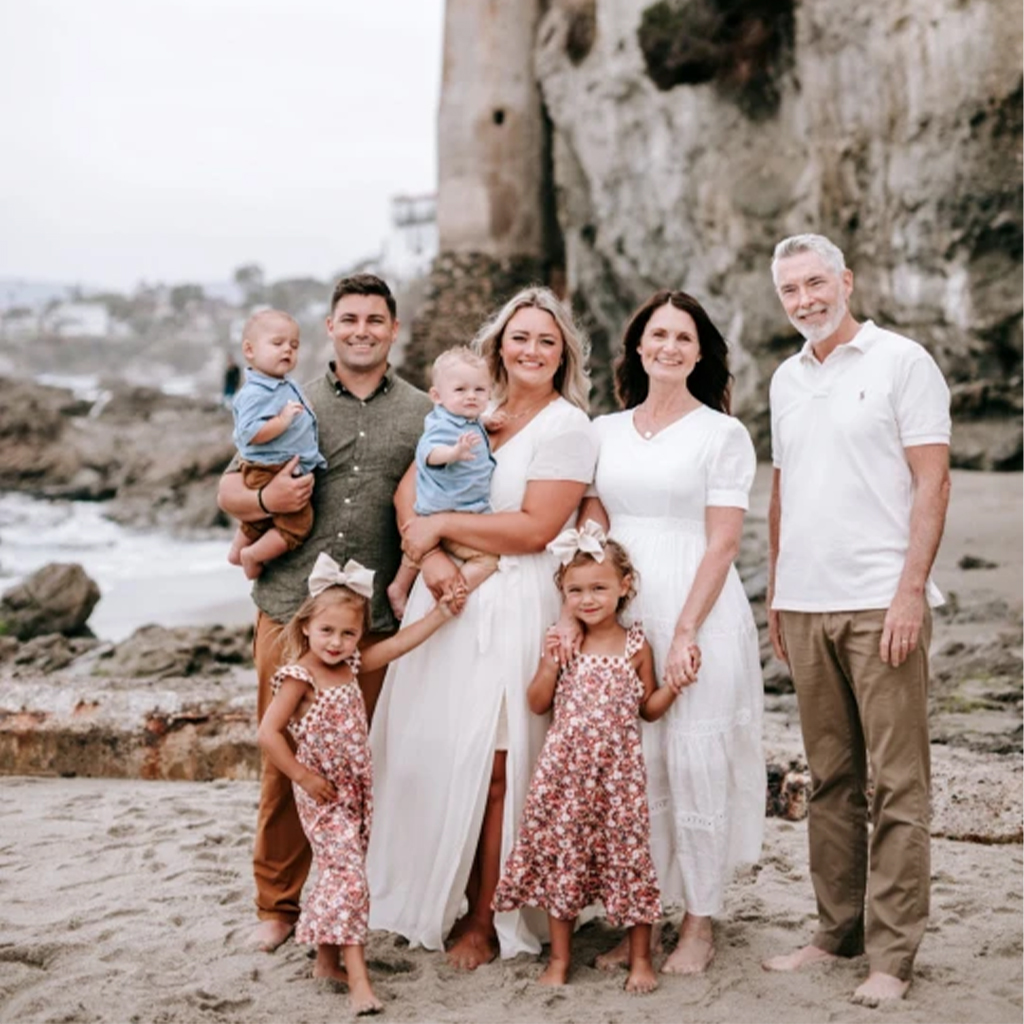 As for Jeff, he spoke very movingly about his mother: “I feel grateful to have such a selfless and loving mom who was willing to make such a sacrifice for my family.” 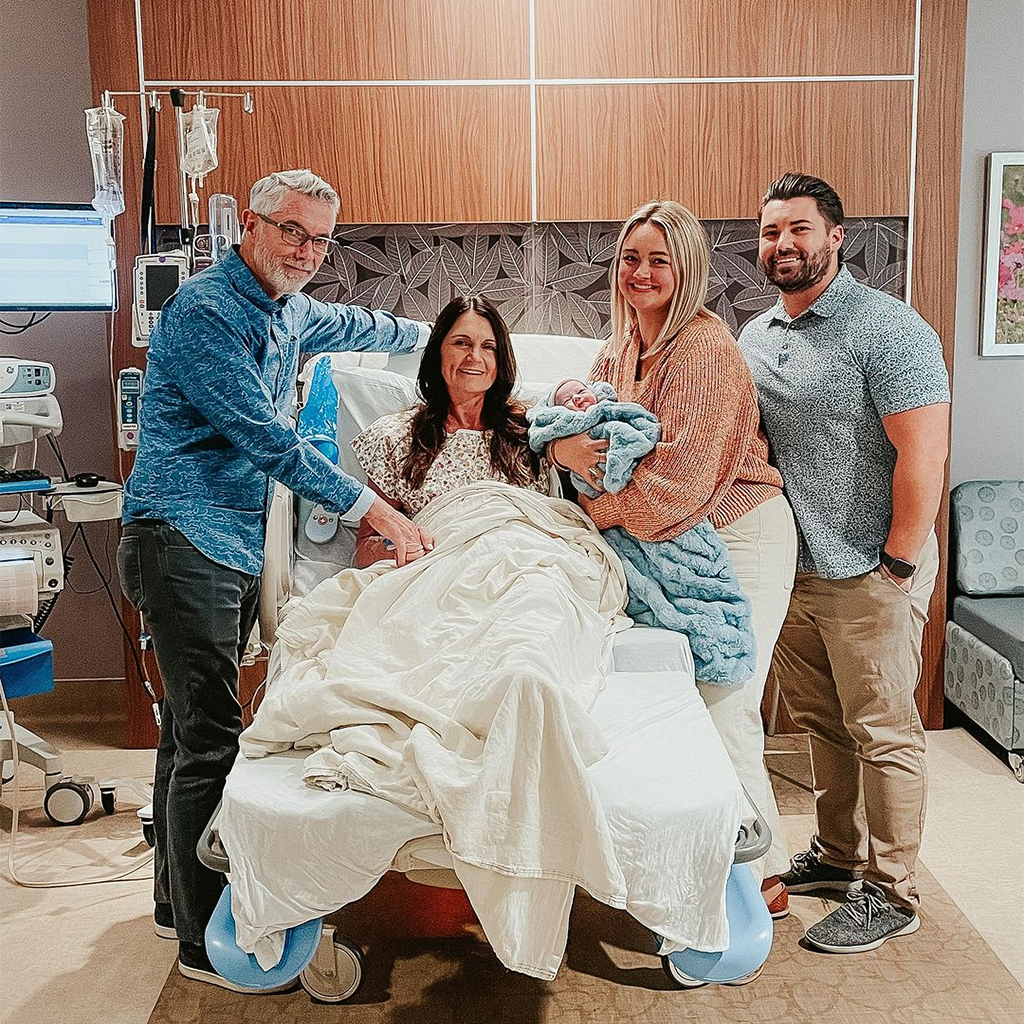 Sharing the happy news, Cambria expresses her admiration for her mother-in-law, saying that she is a woman whose kindness shines like a beacon! In the post on Instagram, she wrote, “Her birth story was one for the books, it was so amazing and so spiritual. Words can’t accurately describe the feeling that was there, but it is an experience I will cherish FOREVER!!! Nancy is AMAZING in every way and example of what it means to embody her divine role as a woman. I’ll let her share the birth story and I will add my perspective later, but it was UNFORGETTABLE and I am forever changed. I’m so grateful to @jefe_hauck @nancyhauck and @jwhauck and their love, faith, and trust in the Lord, in us, and in the spiritual promptings and experiences we had during this journey.”