A resident of Kentucky in the United States, Jordan Driskell records the challenges and fun of raising his 5-year-old children.

A father of quintuplets has sparked controversy after sharing a video on social media of him “walking” with his five-year-old quintuplet children, attached to what is called a “kid leash.” A resident of Kentucky in the United States, Jordan Driskell records the challenges and fun of raising his children Zoey, Dakota, Hollyn, Asher, and Gavin and shares them on his Instagram profile. 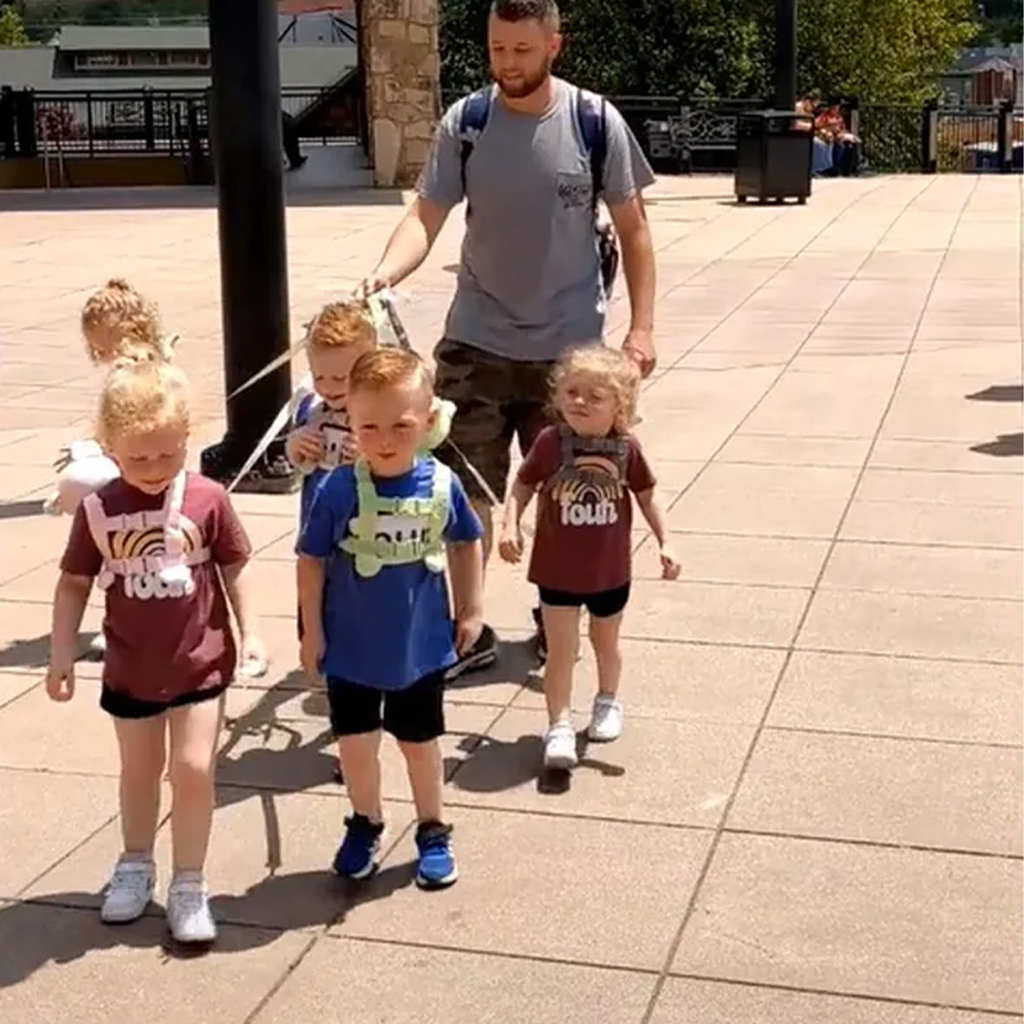 In one video, the father is seen walking in a public park with his children. The children are connected to the father by a backpack that controls their movements. The publication went viral and reached more than three million views on the platform. 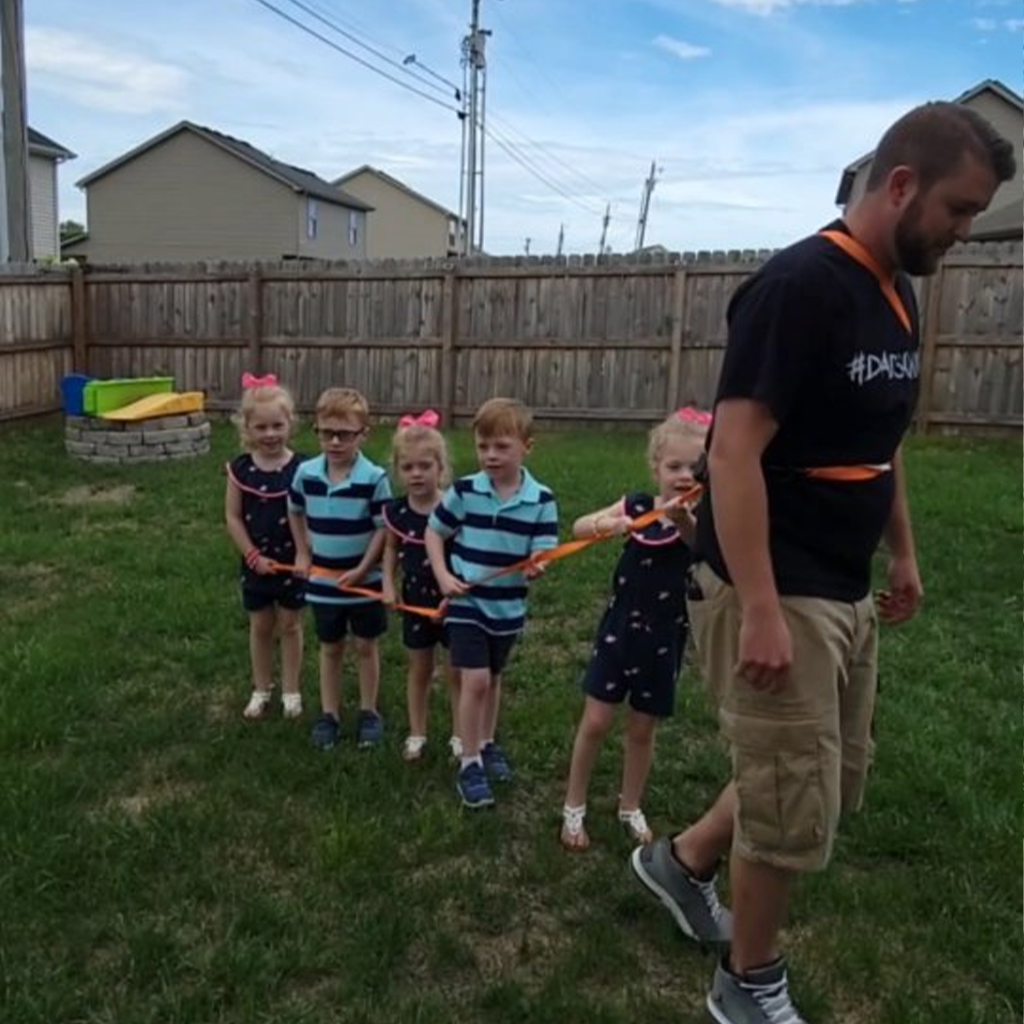 However, many people have spoken out regarding the method used by the father to keep his children close. Some were in favor of the use of a collar due to the work required to accompany all the children, and others criticized it, claiming that the way of doing this is violent.

“They are humans, not dogs,” commented one user. “Can’t you just teach your kids well? Explain to them why it’s dangerous to run away.” But some people agree with Driskell’s decision, saying they also use a collar to control naughty children.

“Considering my 2-year-old tried to escape into the street, yes, we now also use children’s collars,” wrote one user. “Better safe than sorry. If I had so many, I would do the same,” agreed another. 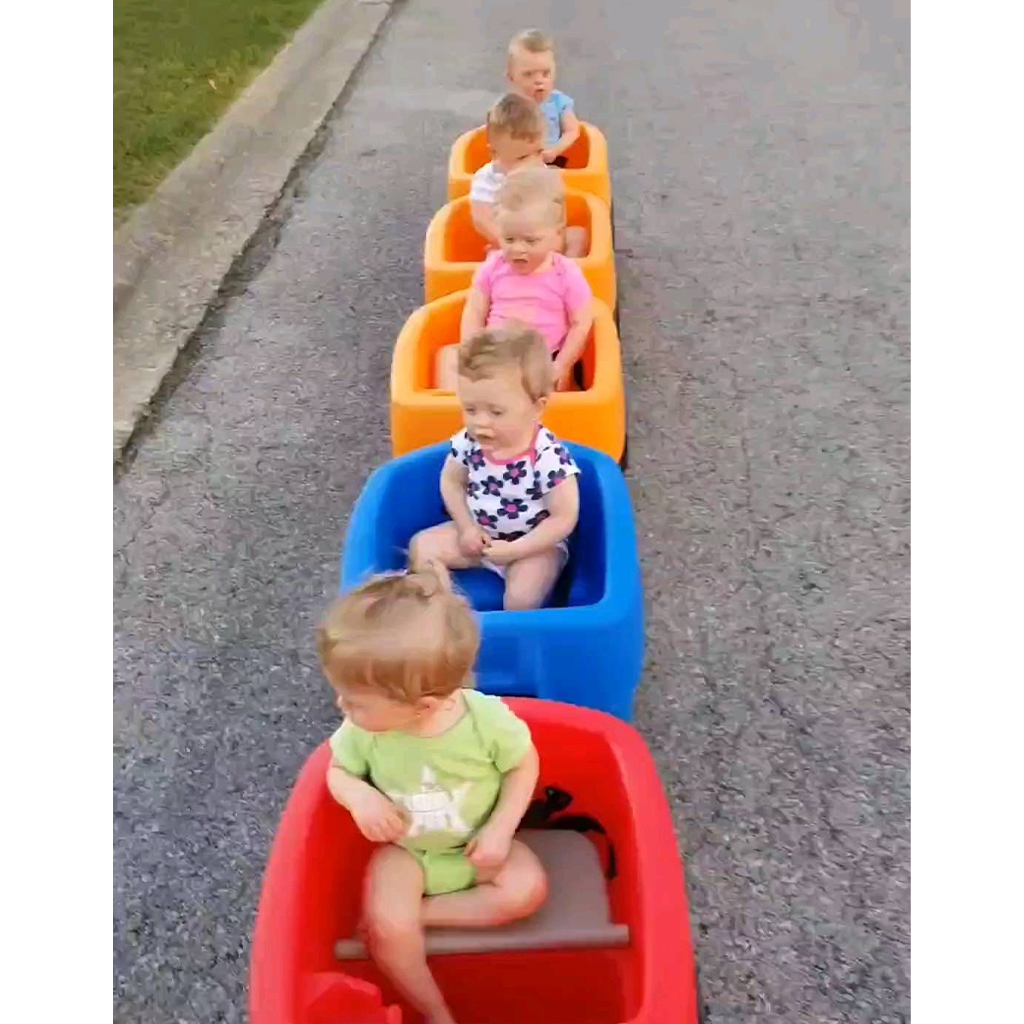 After the repercussions of the post, Driskell was sought by the American press. In an interview with the Today Show, he explained that his kids like to run around and explore the places they visit, so he and his wife, Briana, use the collars for peace of mind.

“Children are so curious; they want to escape and venture everywhere,” said the father. “For our own peace of mind and sanity, we wear a collar. It also allows us to get outside and do fun family things without stress.” 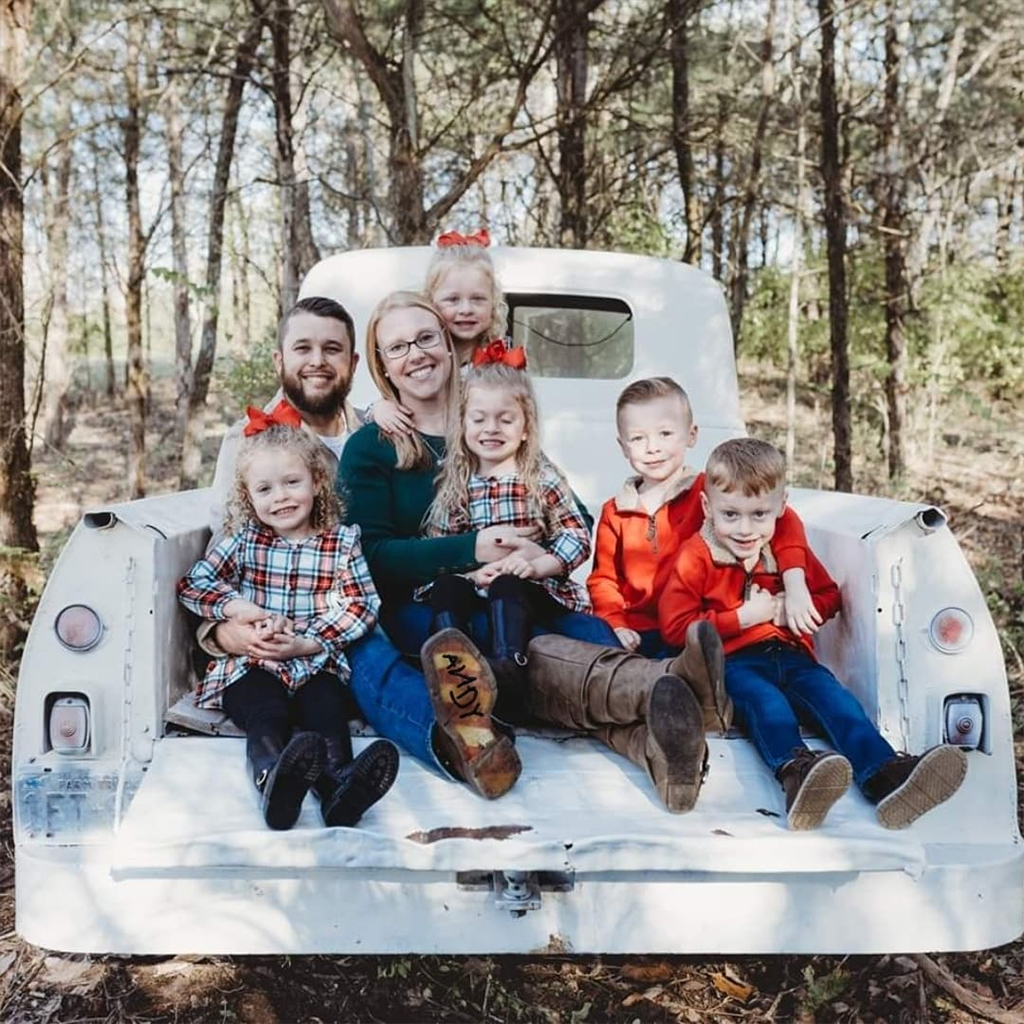 Jordan Driskell said that at one point, he and his wife had a six-seater stroller to carry the kids, but it got too bulky and the quintuplets preferred to walk. “A toddler collar gives them the opportunity to do that, but we’re still in control,” he explained, adding, “They love it.”