Parents of premature babies – babies who came into the world before their time when no one expected it – know how difficult those first few days after birth are. These are moments of fear and uncertainty, and each passing day is a great achievement. Your little one is getting it.

Today we want to share the story of Bri Mahon, mother of Banks and Brooks, two extremely premature babies who were born unexpectedly in September at 23 weeks gestation. “This path is unimaginably difficult,” the mother commented on her Instagram profile after her birth. 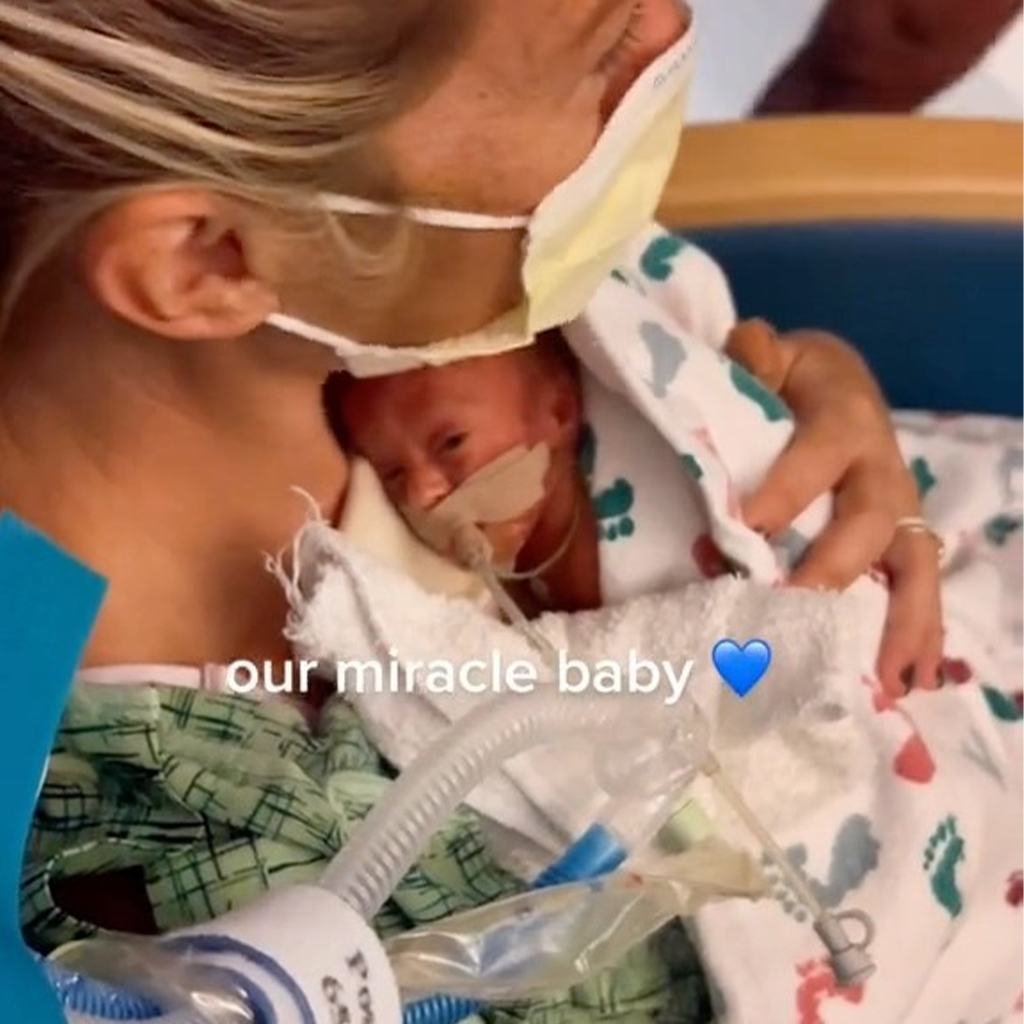 Both were admitted to the NICU, where they experienced many daily ups and downs. If having one baby is difficult, having two babies magnifies those feelings. She describes it as “the NICU roller coaster.”

“Every day, we take literal baby steps and do everything we can to be the strongest and most present parent to our children,” Bri explained. Fortunately, the babies have evolved well, and 27 days after birth, the mother was finally able to hug one of her babies, Banks, for the first time.

The mother was able to have her baby on her chest for two and a half hours, making skin-to-skin contact, caressing him, and holding his finger with her small hand. But to her, it went by so fast that it seemed like five minutes in which she was on a cloud. 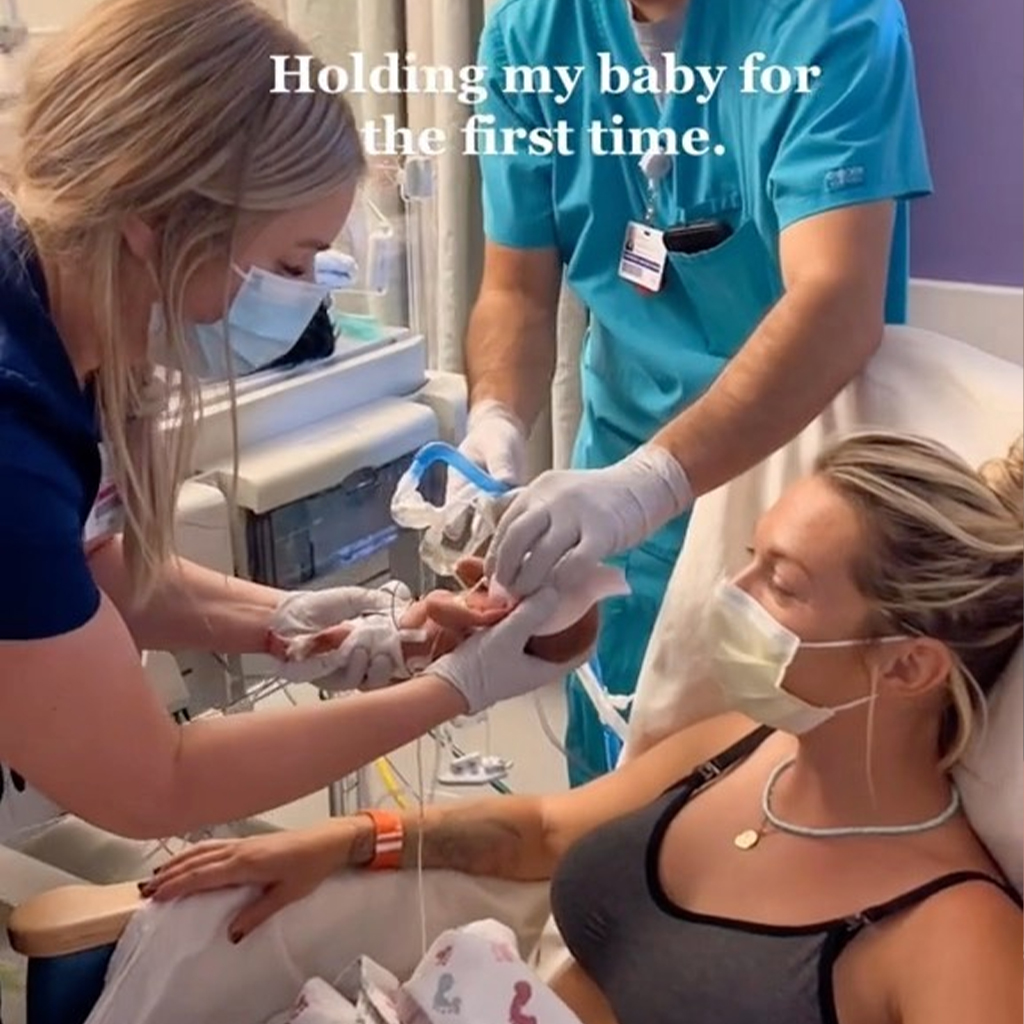 In the following video, we can see that emotional moment of union and connection between the mother and her baby. The first time they feel so close after giving birth, an instant is impossible to explain with words. He looks so tiny and fragile, but he’s in the best place he can be: with his mother.

Three days later, she was able to hold her other baby, Brooks, who weighed less than two pounds.

“Any NICU mom holding her baby for the first time knows it’s the best feeling in the world.” 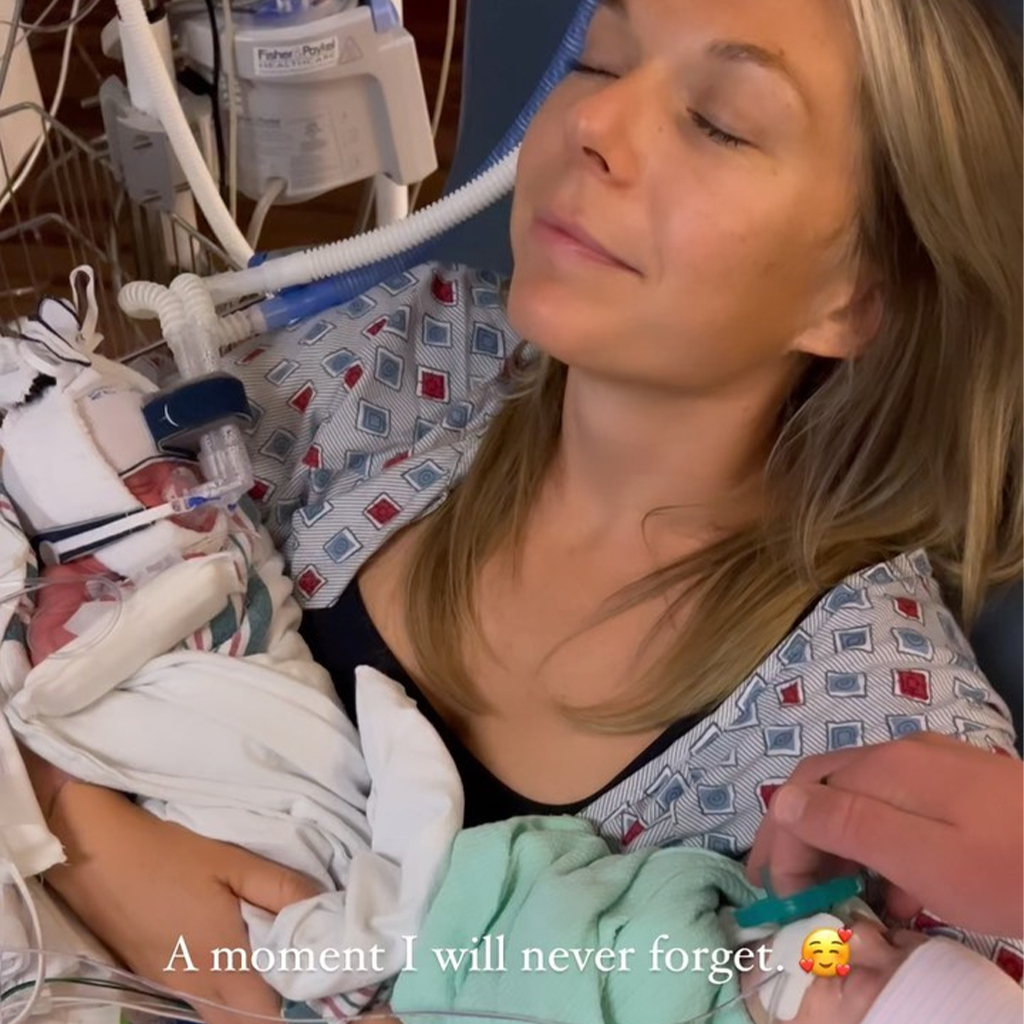 At 67 days, she was finally able to have her two babies together at the same time. His happy face says it all, and she expressed it like this:

“Holding the boys for the first time really made me feel like a mother of twins. It hit me in the biggest way – a huge wave of emotion, finally together. Seeing them together in my arms, where they belong, was joyful, amazing, and emotional. It’s the first time they’ve touched each other since they were born.” 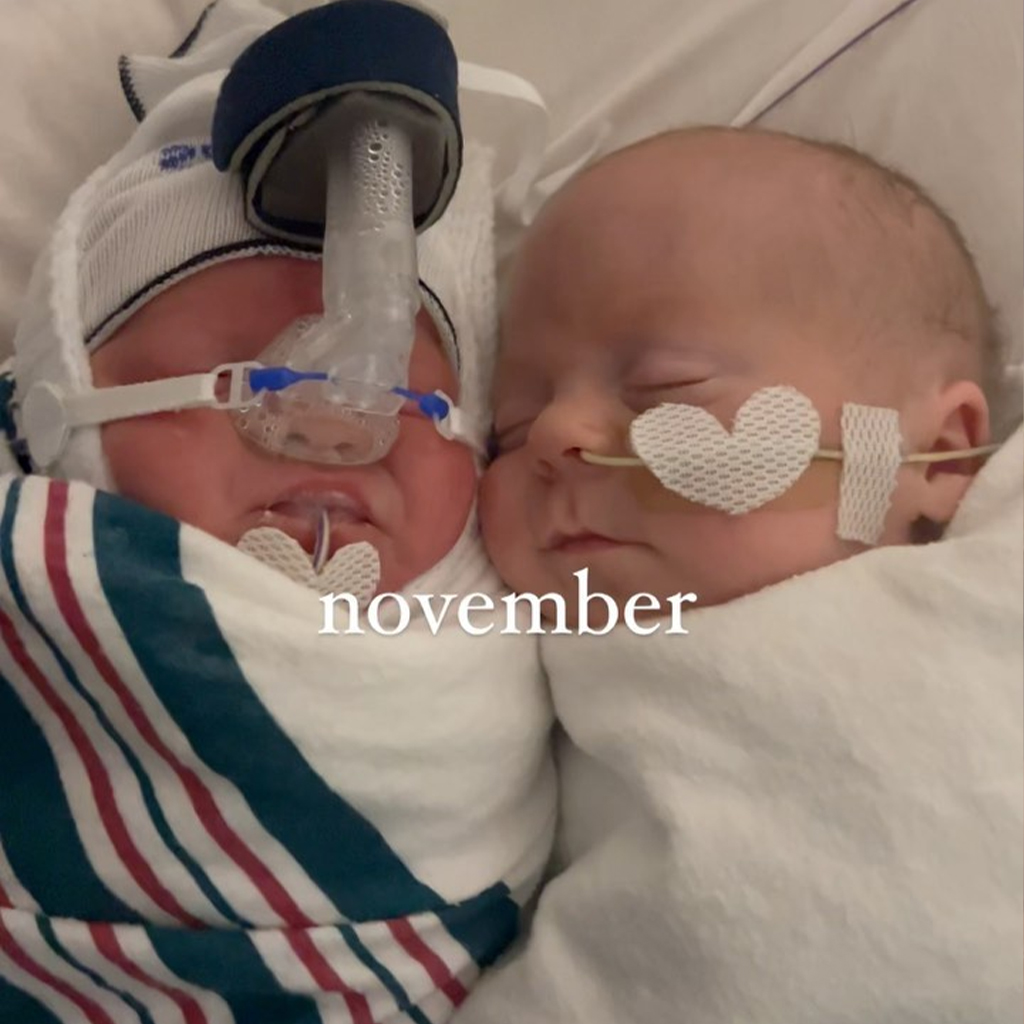 The little ones have been in the NICU for more than seventy days, and their parents are already preparing everything so that they can take them home one day, hopefully not too far away.