There is only one thing that a father wants: to see his children happy. A man in Arkansas, United States, was clear that he wanted to make his daughter’s birthday a very special day. The little girl, who was celebrating her eighth birthday, asked for a photo shoot with a pink mermaid costume. And that included an identical one for her father, her best friend. 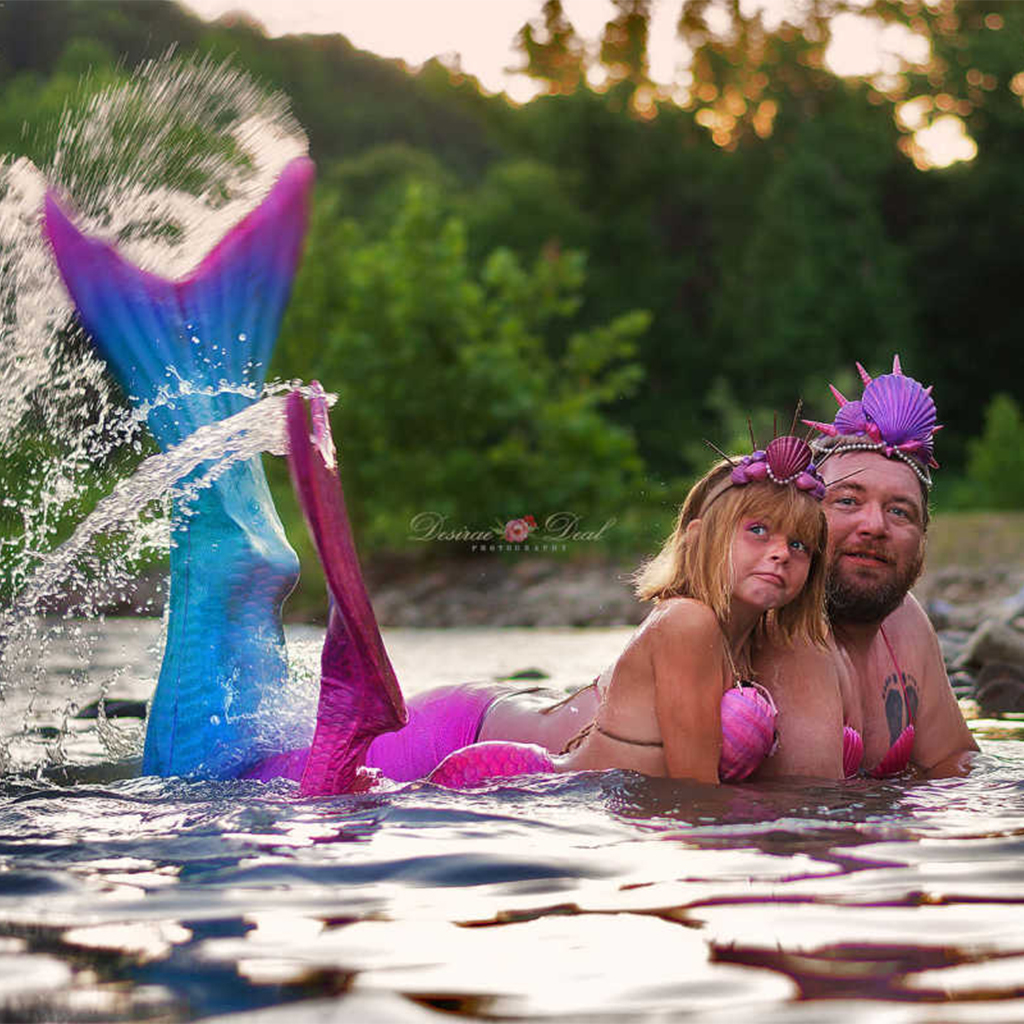 Without thinking twice, this man became a mermaid for a day and spent a fun afternoon with his daughter playing in the water. The photographer in charge, Desirae Deal, did an exceptional job of capturing this beautiful moment that will be captured forever. Once she shared the photo shoot on her Facebook page, a lot of positive comments celebrated her father’s attitude and the beautiful work that had resulted from this adorable duo. See how much fun they had transforming into the funniest mermaids in all the water.

A man can be a mermaid too 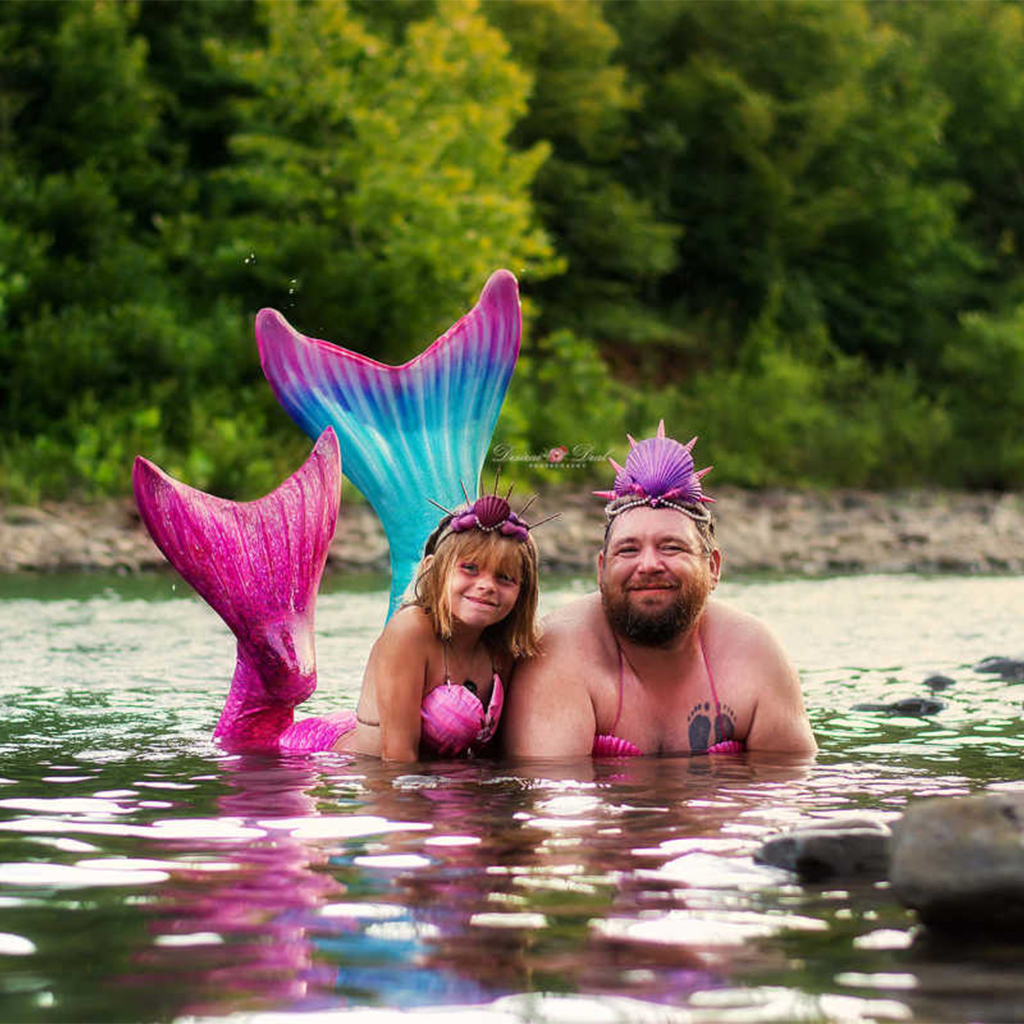 And this proud father proves it 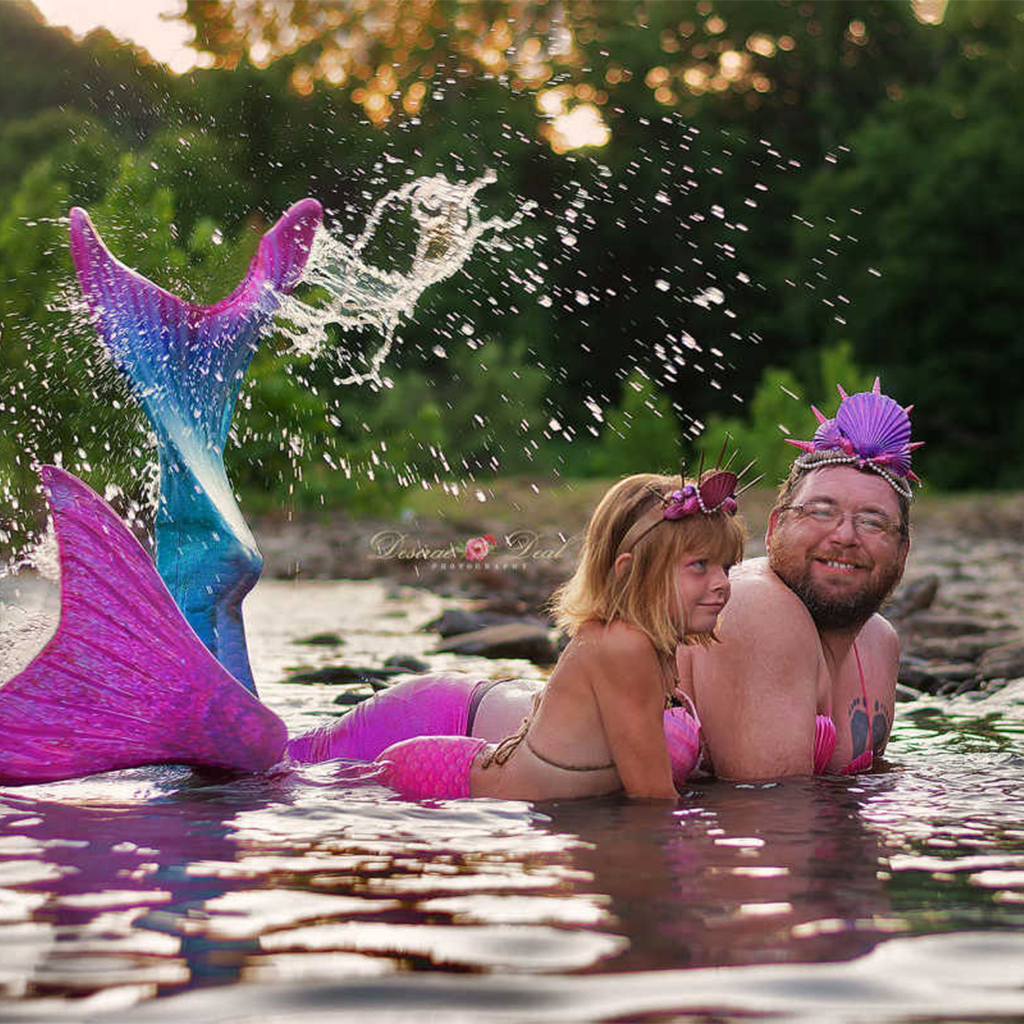 All to see his little daughter smile 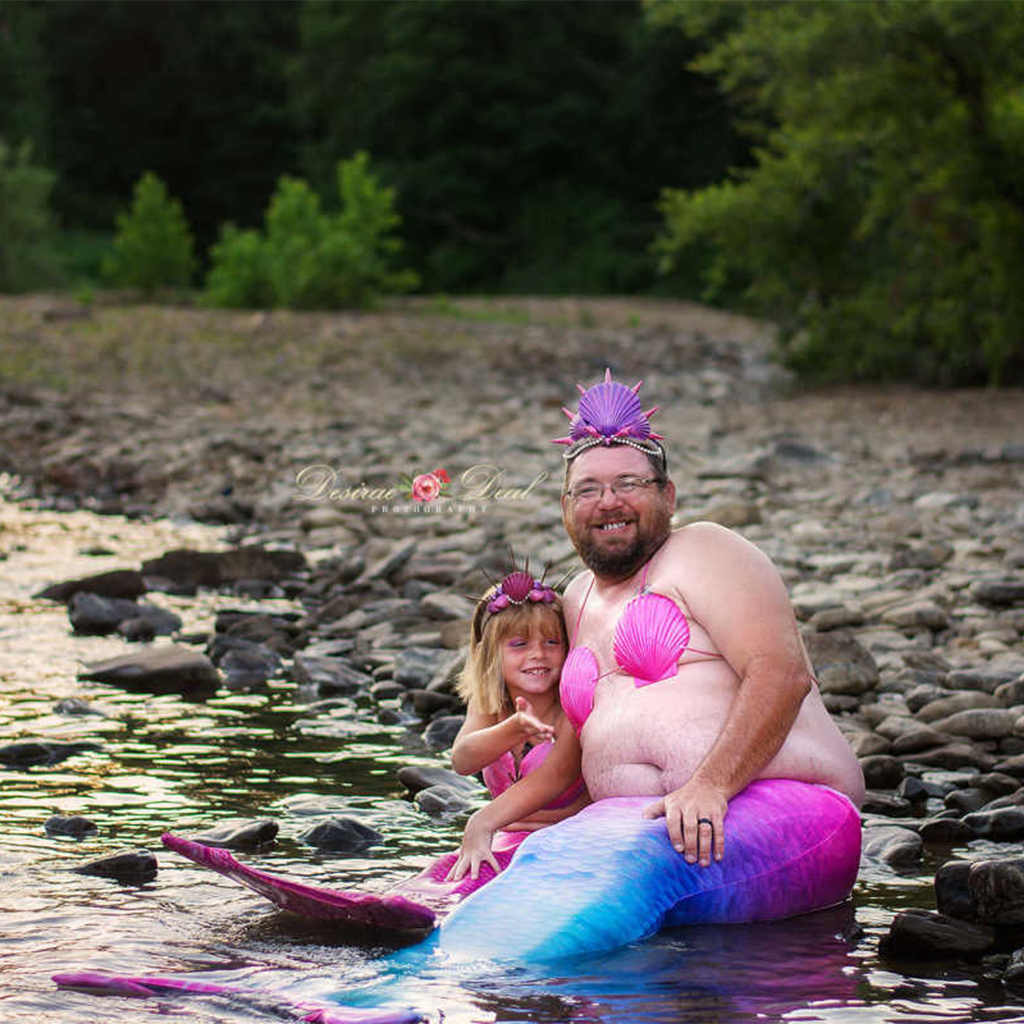 And it was totally worth it! 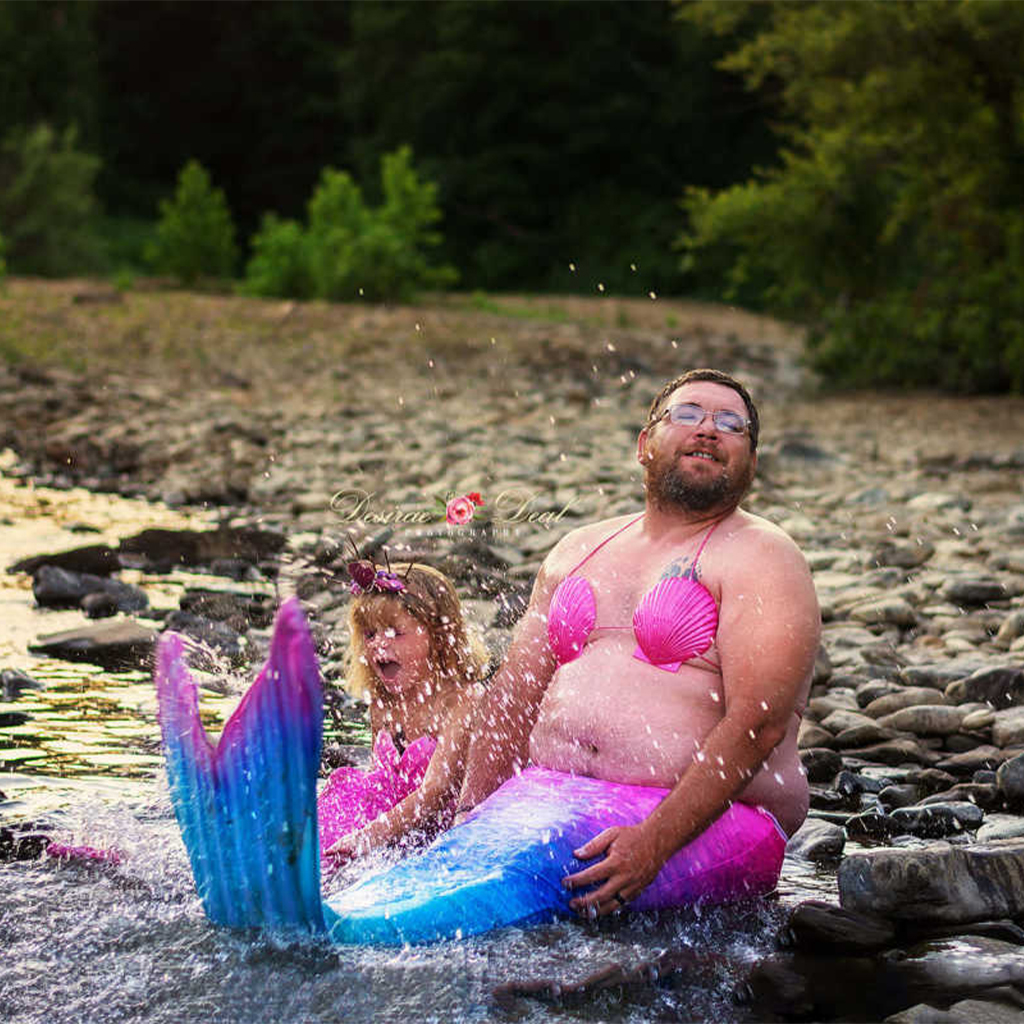 They spent a beautiful afternoon together 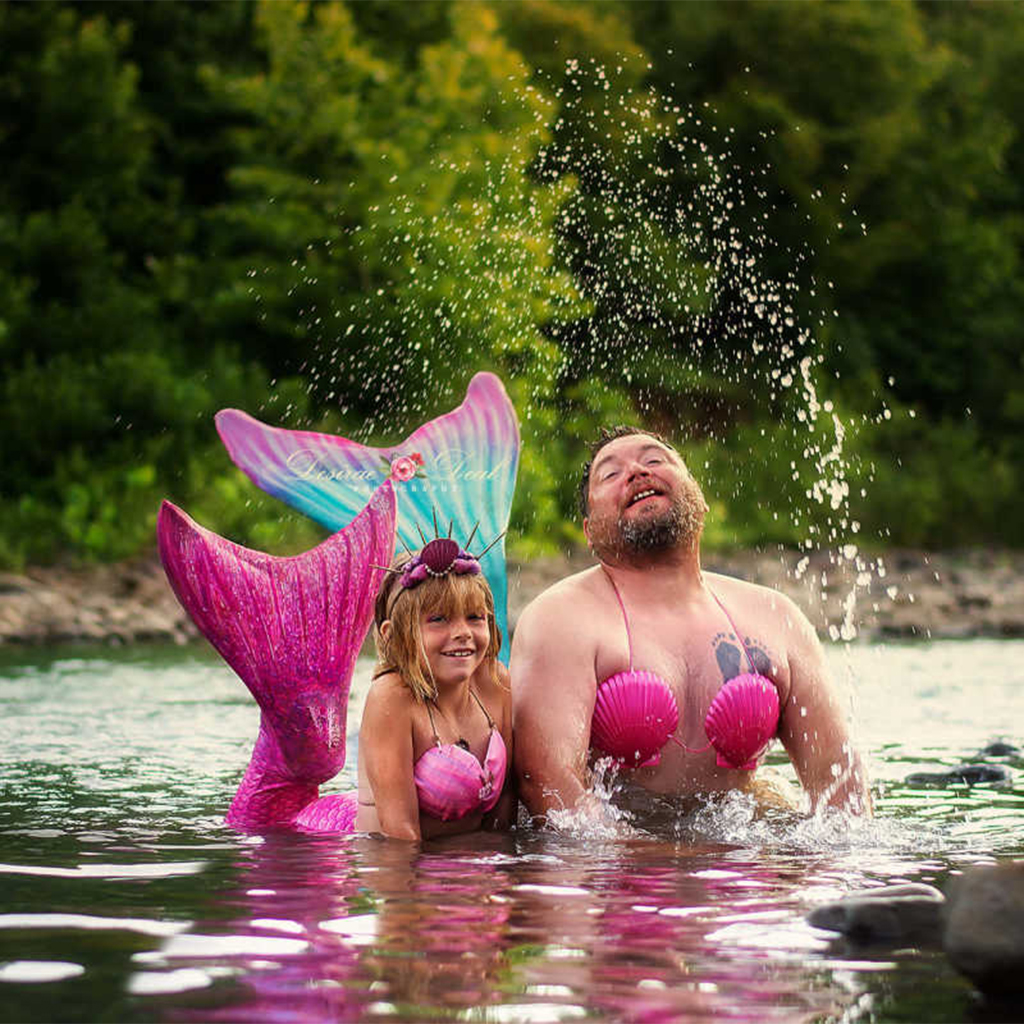 The photo series has been shared more than 157,000 times, and more than 28,000 people have liked them on Facebook.

Deal hopes people will look at how willing Micheal was to go the extra mile for his daughter and take a second to play with their children.

More so, she hopes that people will remember to document the moments they spend with their kids so they can always look back on them and remember.

“Childhood is so fleeting. It’s gone so fast,” she said. “That might sound simple, but I think it is the little things that we show them through love day in and day out that have the biggest impact on their core values. If a child knows love, they will in turn give love, and I think the world could use a lot more of that.”