After many attempts at I.V.F, 44-year-old Rebecca Wooldridge and her 49-year-old husband, David, now feel that the family they dreamed of is complete. It took them a decade from 2006 to start trying for a baby, and they spent about £60,000 on four I.V.F cycles – both in England and abroad – before they could ᴄᴏɴᴄᴇɪᴠᴇ normally and give birth to their first baby, their son Felix. 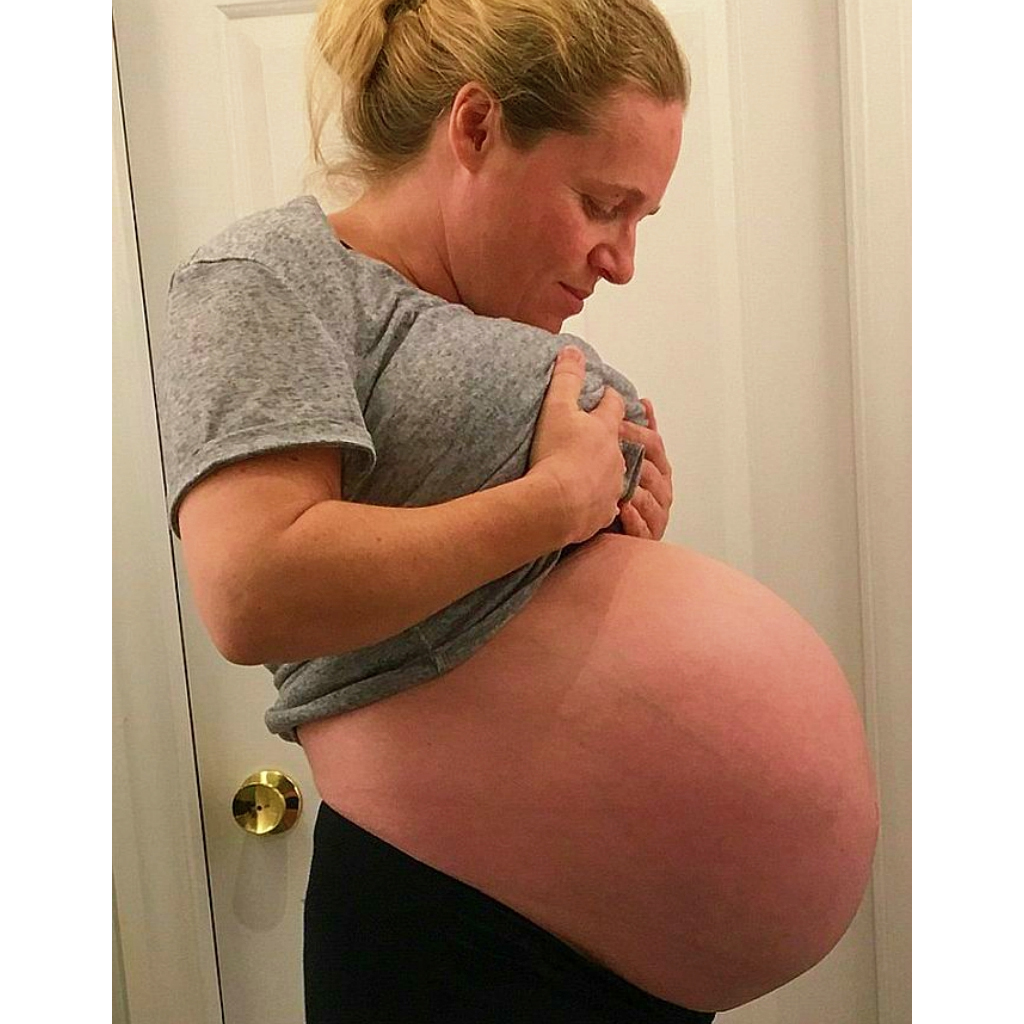 With the number of Rebecca’s eggs falling sharply, a new I.V.F cycle began immediately, this time in Cyprus. To everyone’s pleasant surprise, Rebecca was carrying not one, not two, but three babies, and more specifically, three little girls. 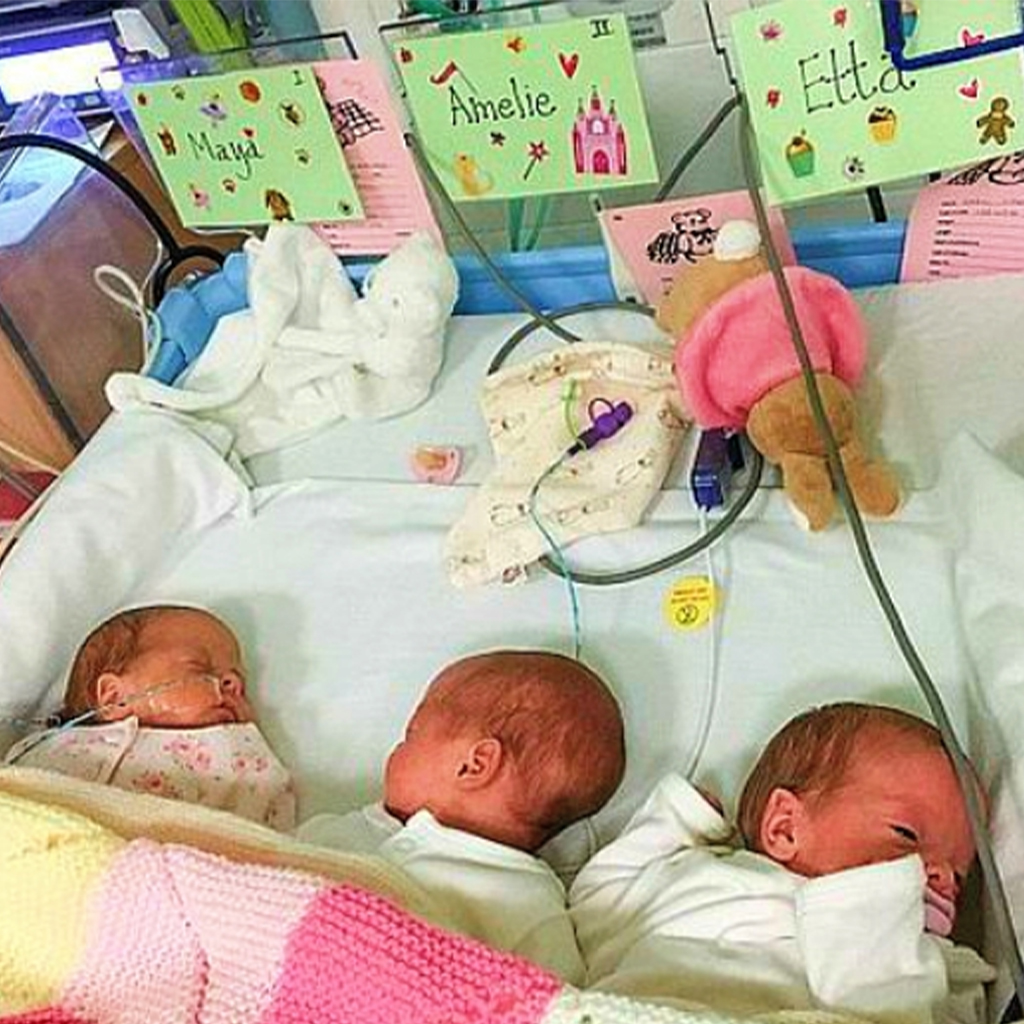 Due to her age and the number of ꜰᴇᴛᴜsᴇs, her pregnancy was considered high-ʀɪsᴋ. The girls were born prematurely at 29 weeks and had health problems, with two out of three also having heart problems. 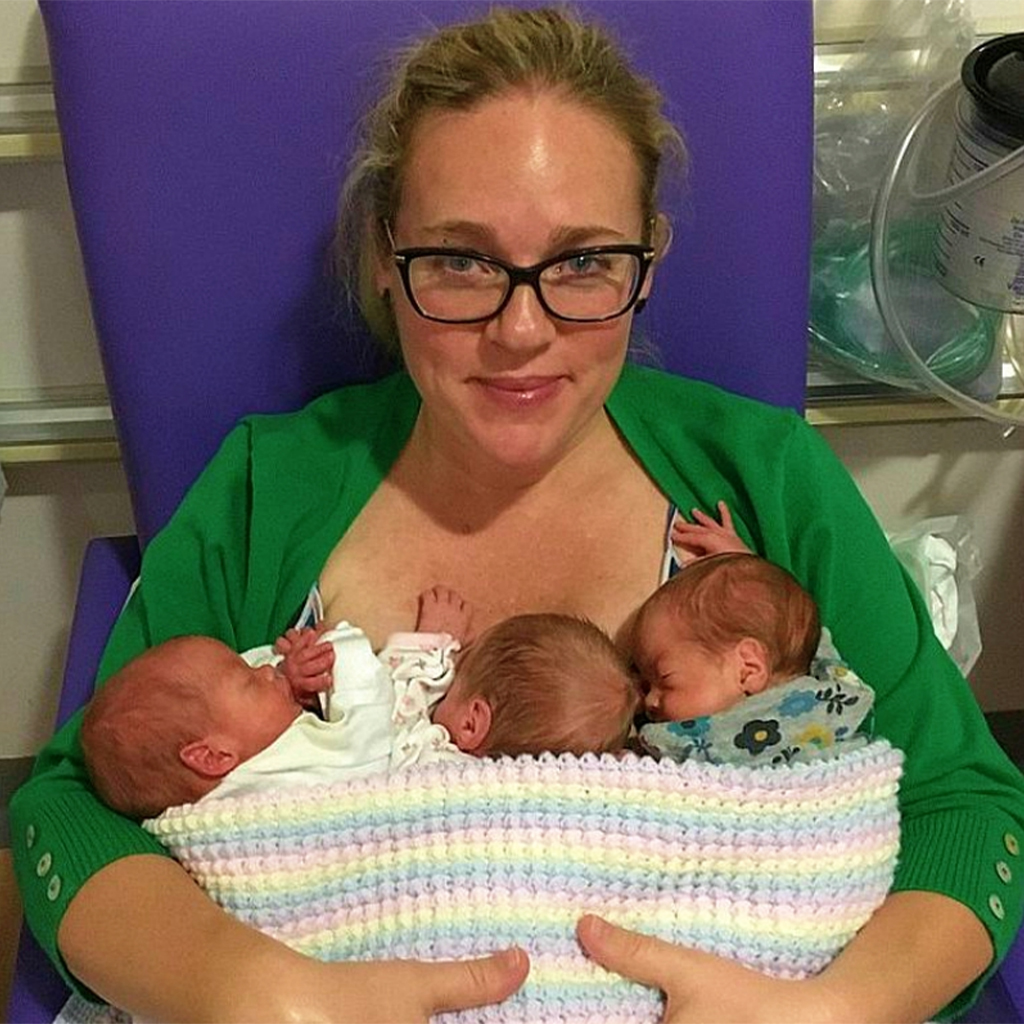 After 16 months, the little girls have overcome many obstacles. Their visits to the hospital may be frequent, but their health condition is getting better and better, taking important steps in their development. 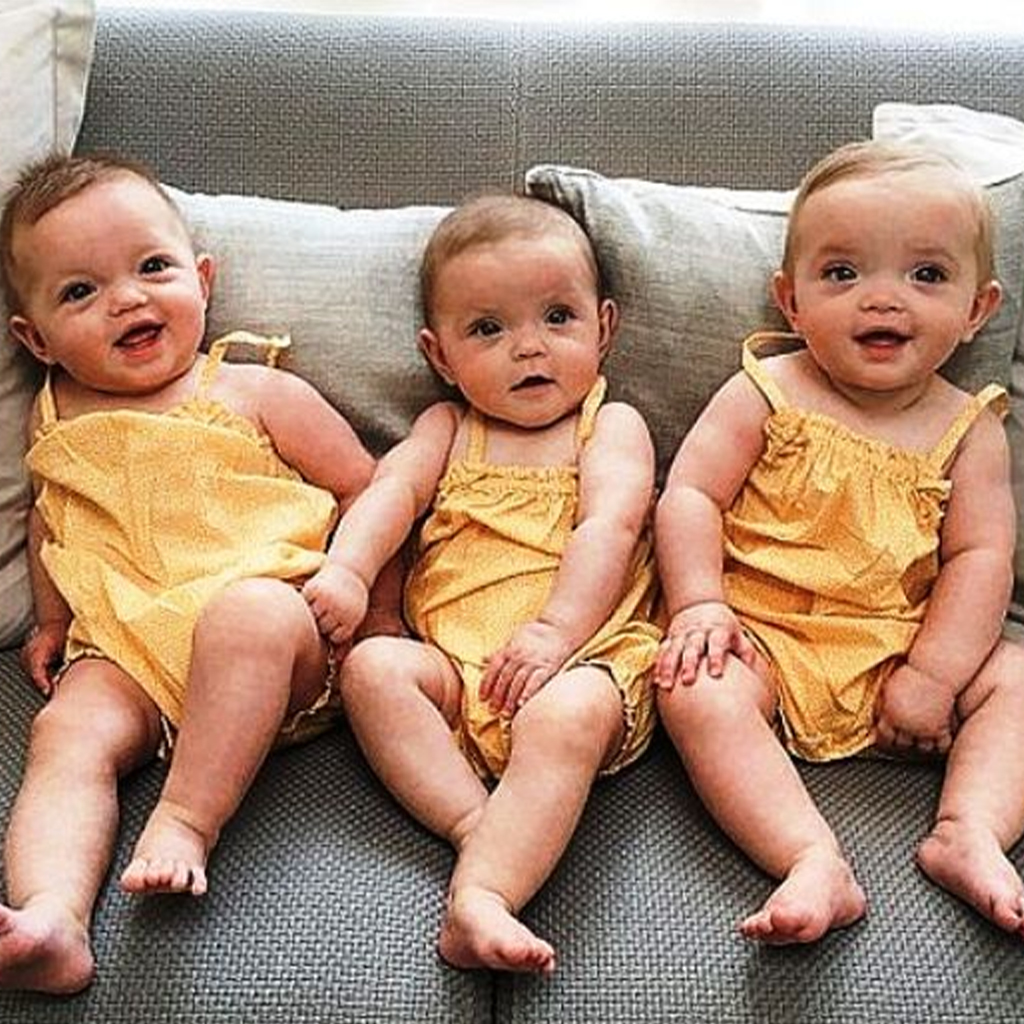 And now that the storm is over, and the couple is enjoying their family of six, he decided to share his story, wanting to give hope to all couples struggling to have children, especially for those who are of an advanced age. 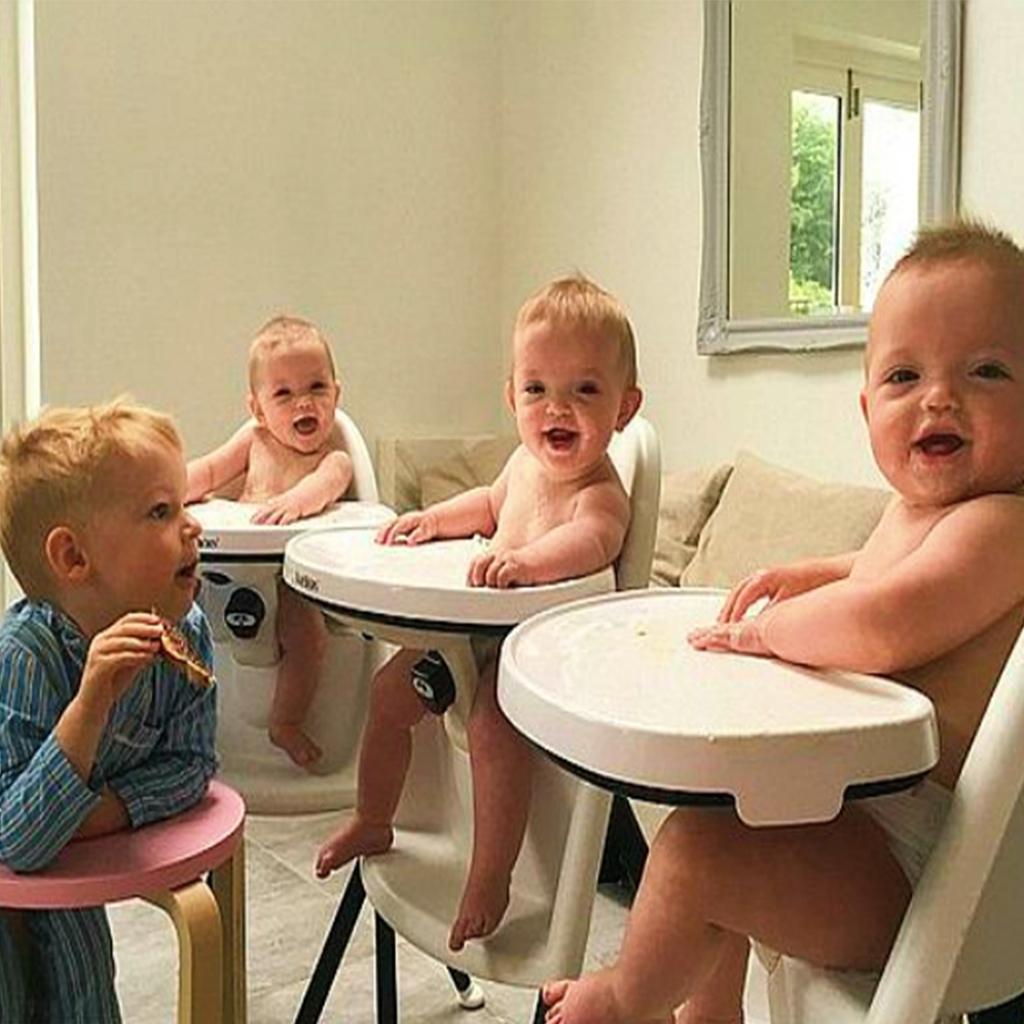 As the happy mom says, “We waited for over 10 years for the family of our dreams, but our dream finally came true. Although my doctors told me I had a very low egg count, and after seven years of trying I.V.F, I was able to get pregnant normally in Felix.” 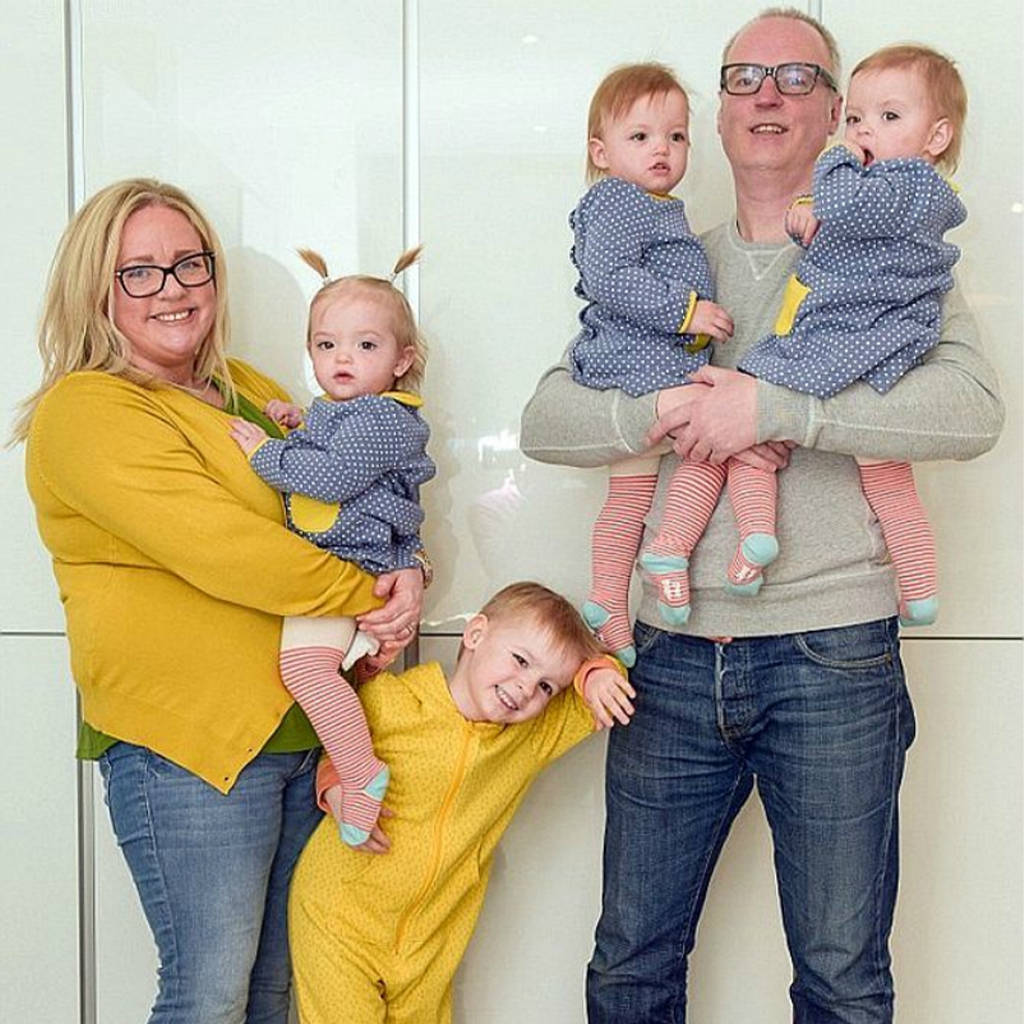 “After Felix, it took over three years and several extracorporeal efforts to have my little girls in April 2016. Felix is ​​a wonderful brother who loves his sisters very much. And even though we need two washing machines to make ends meet, what we are living now we would not change with anything in the world,” she added.