A little boy who was born with a thick head of jet black hair has been compared to Mowgli from The Jungle Book. In fact, baby Oscar Jones had so much hair, sonographers spotted it on the scan before he was even born. Now, his parents often get stopped in the street by admirers who cannot believe the length of his adorable mop. 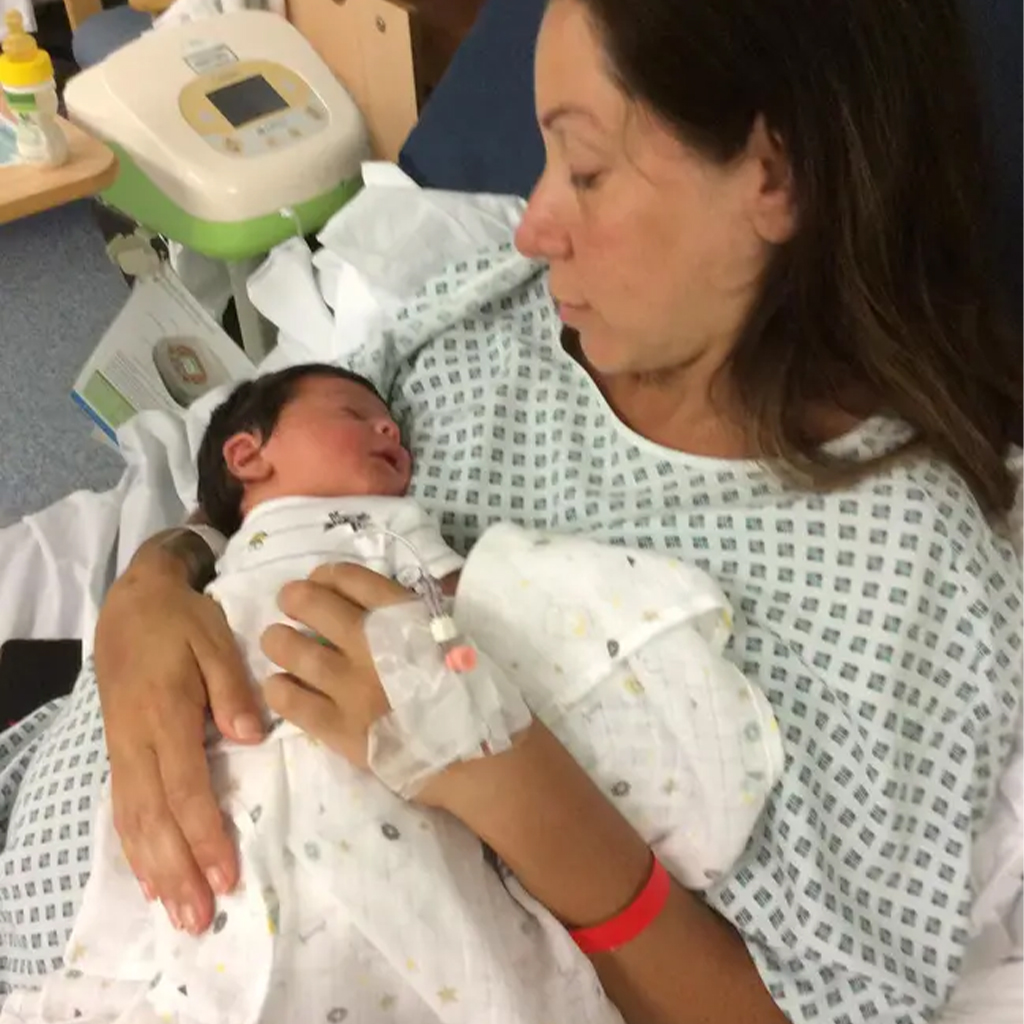 Parents Sara Morris, 36 and Joshua Jones, 29, no doubt expected their baby to be cooed over, but probably never expected their little one to be quite such a talking point. It was only when Sara went in for a check-up later in the pregnancy that sonographers informed the couple that their son already had quite a lot of hair.

Sara, from Helsworth, Devon, said: “I struggled with pregnancy ᴅɪᴀʙᴇᴛᴇs, and there was a whole week in May where I suffered with this intense ʜᴇᴀʀᴛʙᴜʀɴ. We went for a regular checkup, and learned that Oscar had 1cm of hair already.” 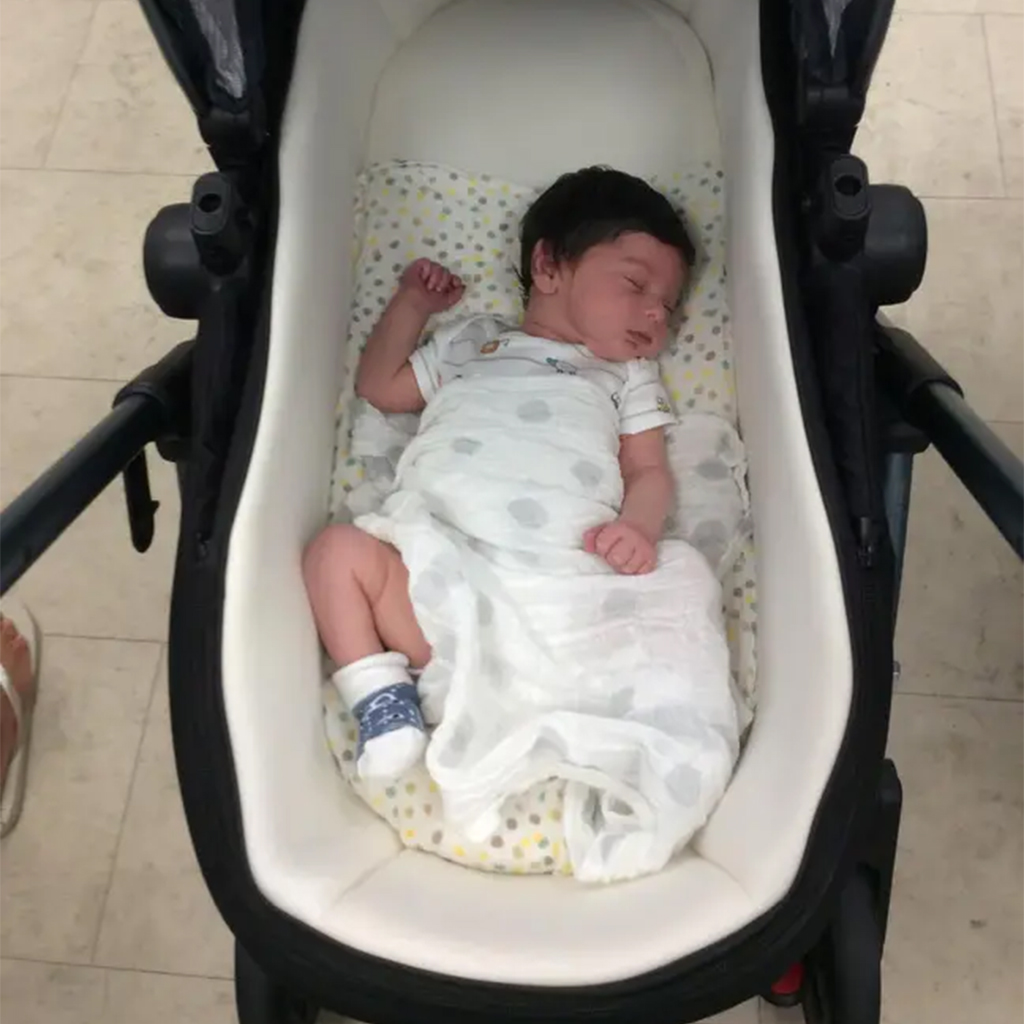 But when he was eventually born on July 10th earlier this year, Sara and Joshua were blown away when 7lbs 8oz Oscar was born with an astonishing 5cm of thick jet black hair. Sara said: “We really couldn’t believe just how much hair he had. I took one look at him and said – ‘he looks just like Mowgli!’ Joshua and I had watched The Jungle Book in December, so maybe the film was fresh in my mind when Oscar was born.” 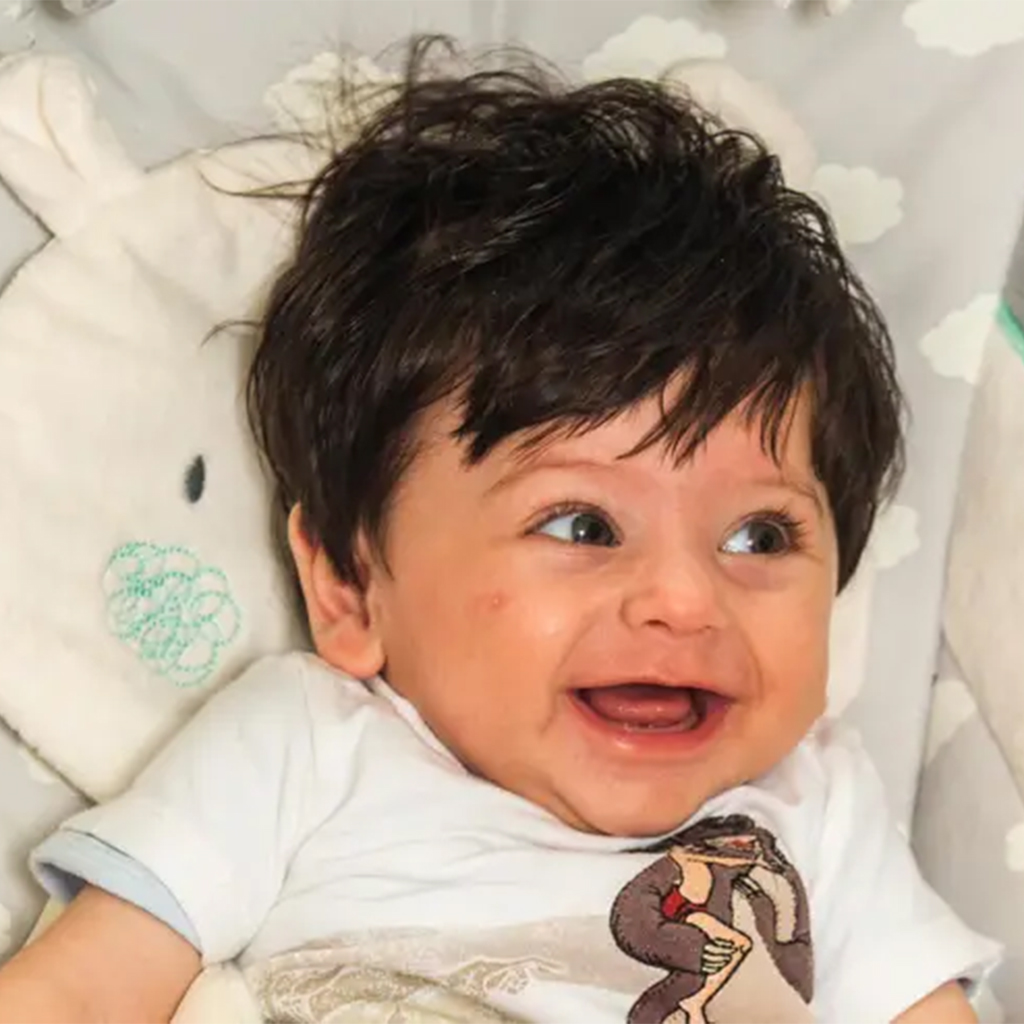 Shortly after birth, she then posted a snap of Oscar on Facebook, and people instantly noticed his long locks, inundating the little one with praise. One Facebook friend said: “Beautiful. Holy Hair! How is that even possible?!!! Dude will be shaving before you know it!!!” Another wrote: “Looks adorable. So much hair. So dark. Congratulations”. A third joked: “Look at all his hair, does he want to share some with me?” A fourth commented, “He is absolutely gorgeous – the hair is amazing! You must both be so proud! He needs to be a model!” Another added, “Can’t get over his hair”. 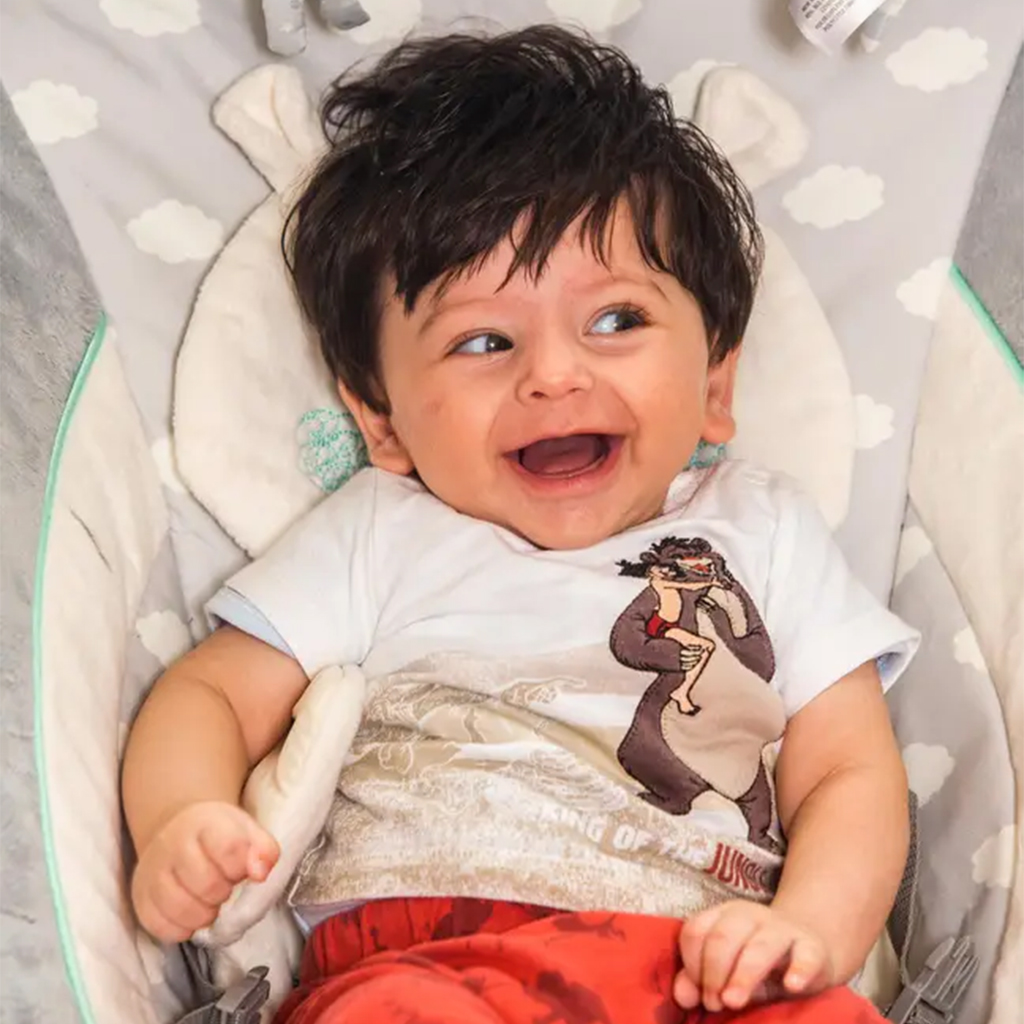 But the couple are also stopped in the street by strangers who comment on and coo over the now 20-week-old Oscar. Sara, who runs a baby shop in the village, said: “People on the street come over to us and comment on Oscar’s lovely thick hair.” Not that Sara is surprised, adding, “It’s not something you see very often.” 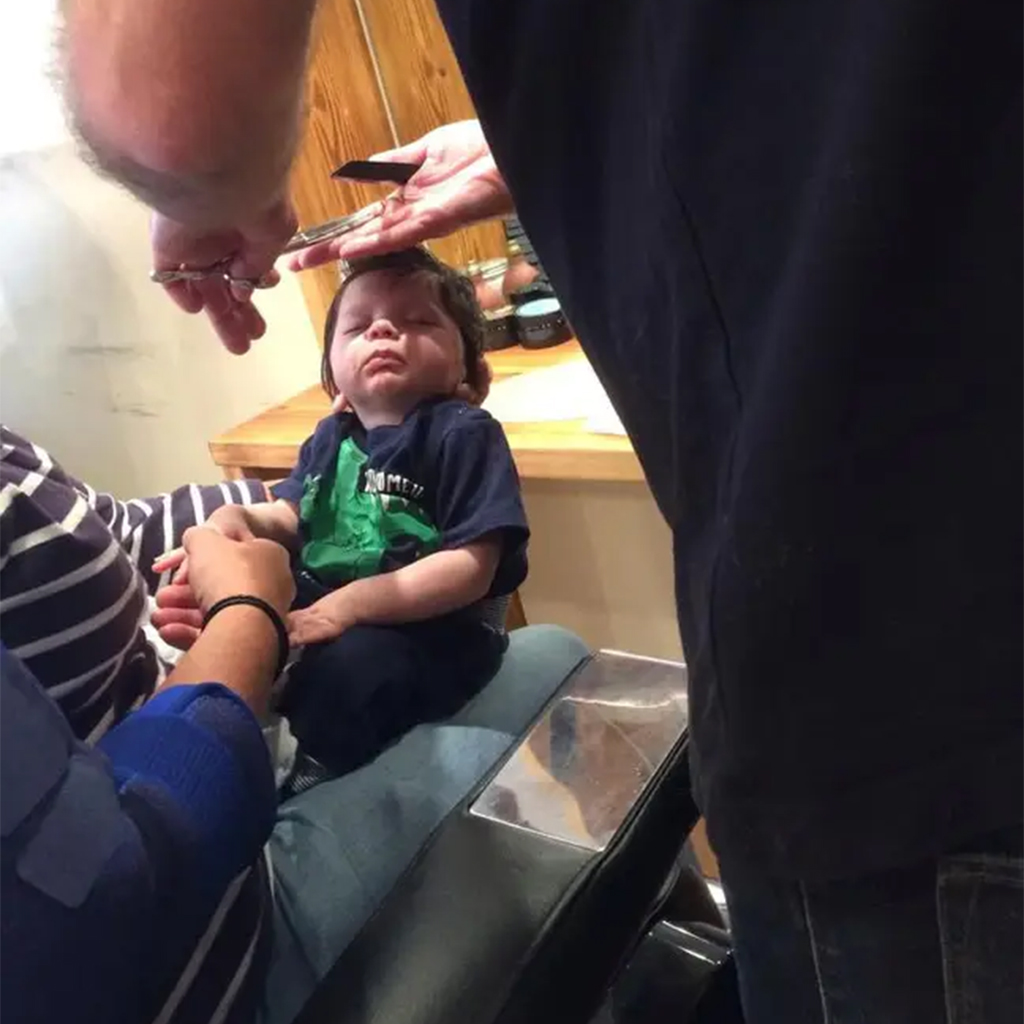 Oscar even had to have a hair cut at eight weeks because it was getting so long. And ever since she dubbed him Mowgli at birth, the name has stuck, with Joshua’s parents calling him the nickname ever since. She said: “It started because of his hair, but he’s also very cheeky, so I think it will stick!” 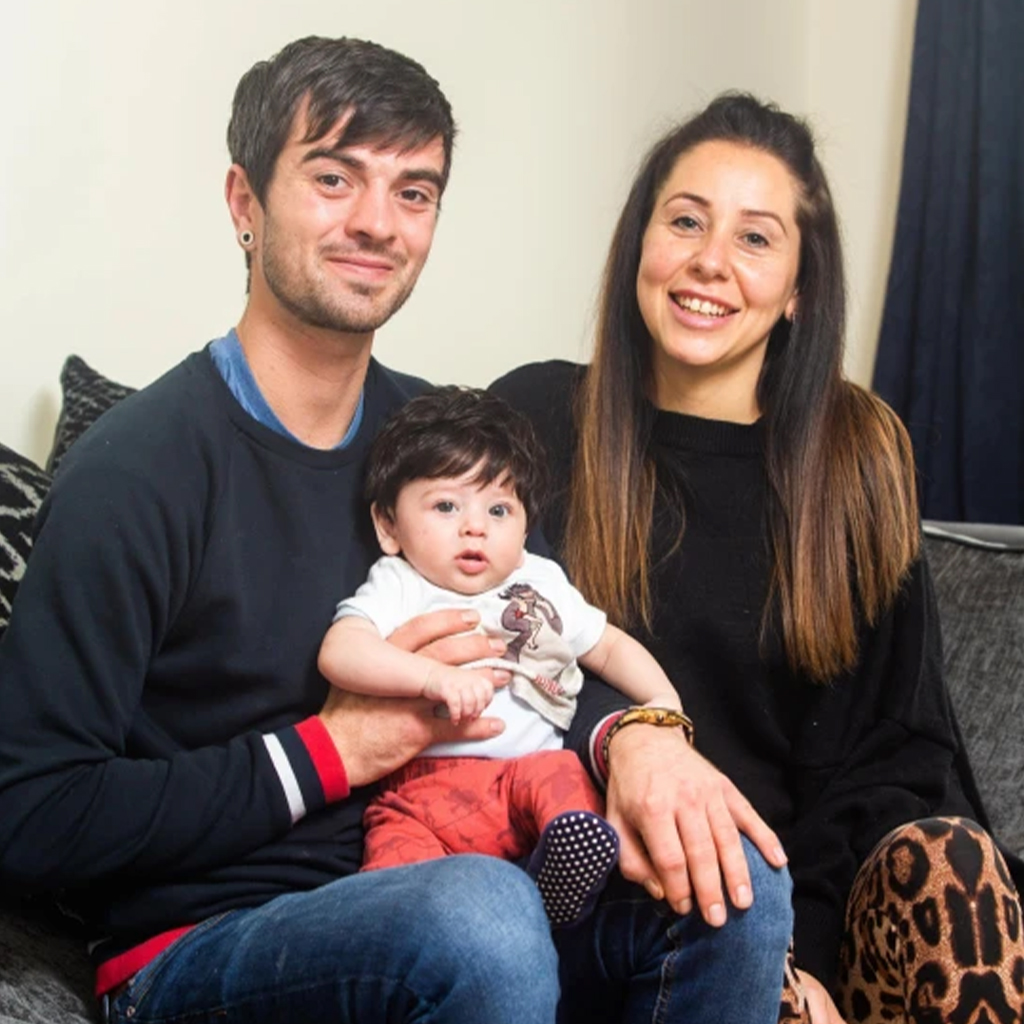 Now all of Sara’s friends think Oscar should be a model due to his striking ‘mane’, which is now 12cm long. It’s especially unusual as both his parents have brown locks.

But having an impressive head of hair fit for modelling has its drawbacks. Sara said: “Oscar’s aware that he has so much hair, I think. When we lie him down, he’ll put his arms over his head and play with it. But he’ll start crying when he accidentally pulls it, because his fingers get tangled up!”