A woman graduating with a four-year degree ended up welcoming a son on the same day the graduation ceremony took place.

Jada Sayles earned a bachelor’s in criminal justice with a concentration in pre-law. The 21-year-old gave birth hours after names were read during Dillard University’s graduation on campus in New Orleans, Louisiana. 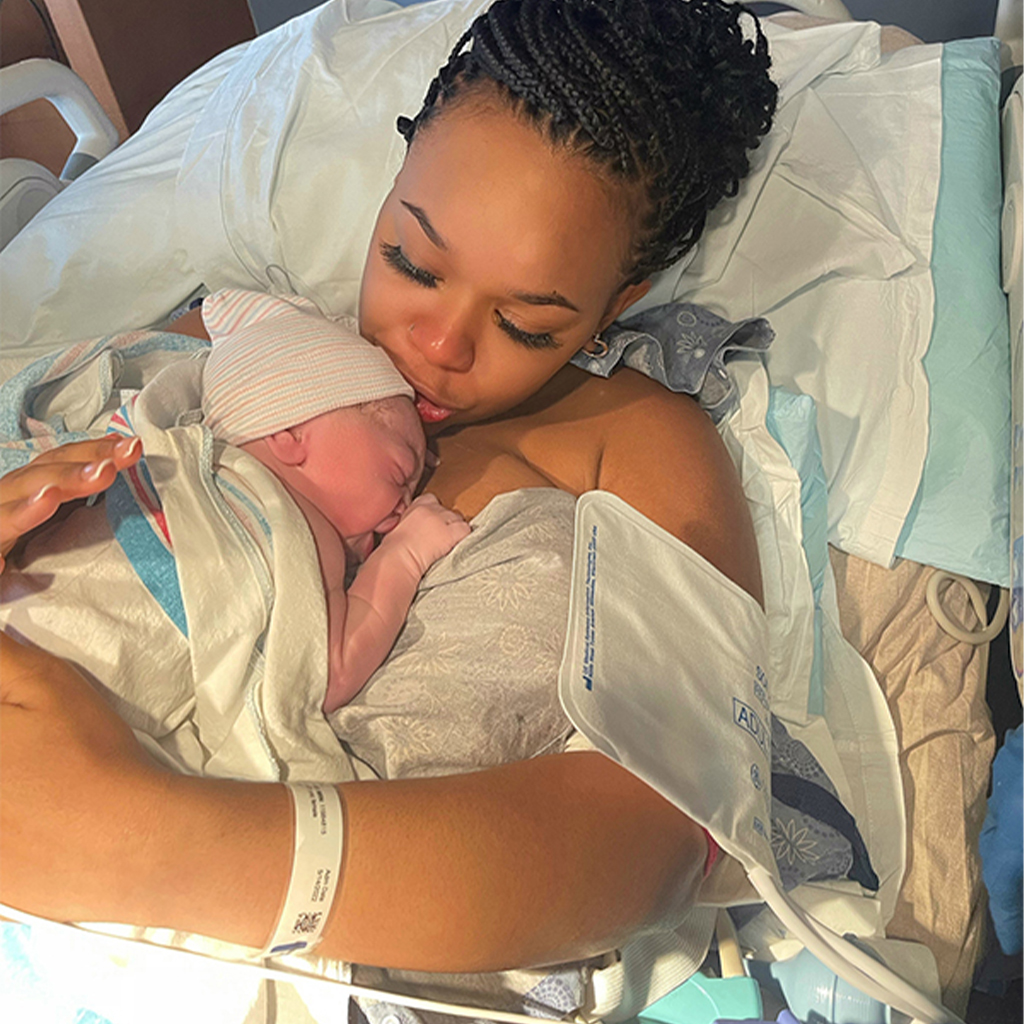 Jada Sayles kisses her newborn son, Easton, after accepting her bachelor’s degree at the hospital where she gave birth. “I’m proud of myself,” she said.

“It just feels unreal,” Sayles added. “After Dr. Kimbrough gave me my degree, I didn’t realize how big the moment was.”

Doctors told Sayles her due date was May 14, which was the same date as her graduation. Still, she planned on walking at the ceremony and even began steaming her graduation gown at a hotel near campus.

“A day before my due date, nothing had changed,” Sayles said of her pregnancy. “I wasn’t dilating, nothing. I was actually scheduled to get induced at 5:00 p.m. after graduation.” 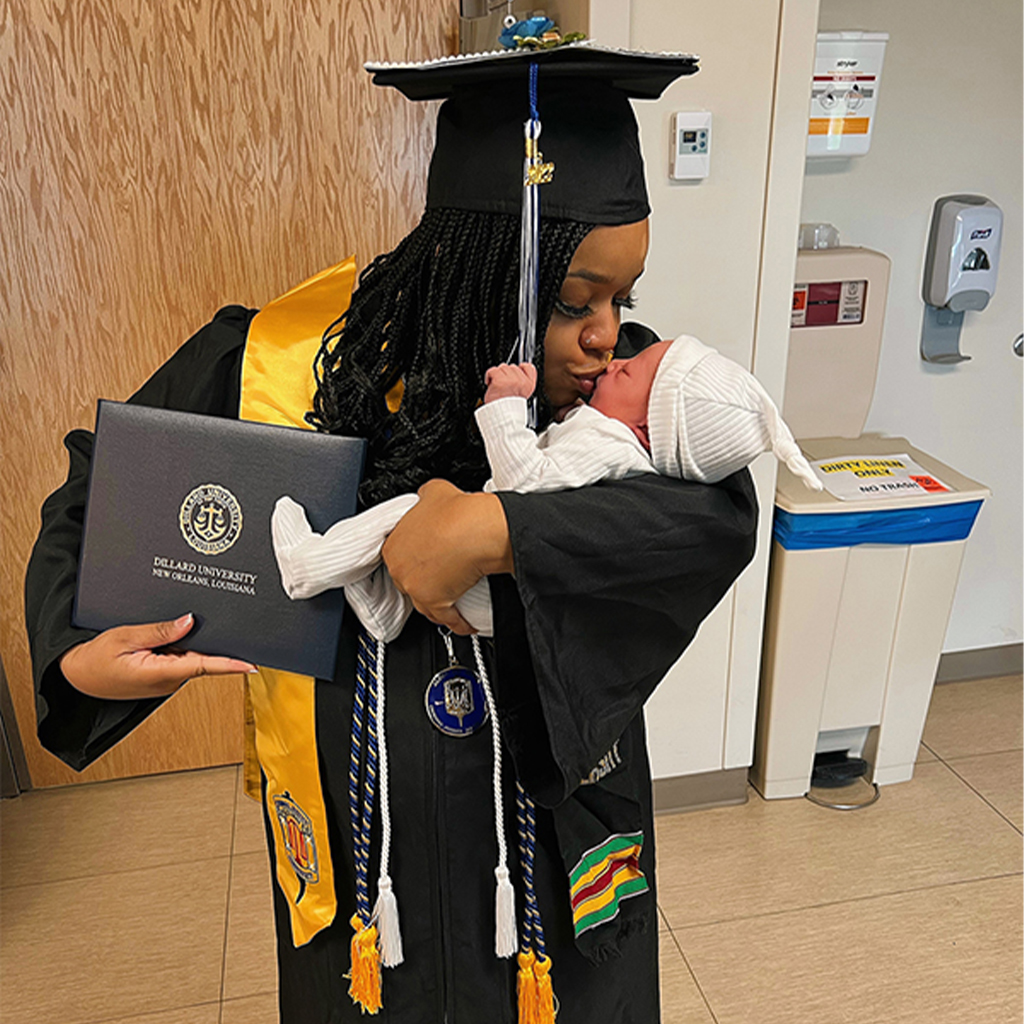 Jada Sayles thanked her loved ones for support, writing on Facebook, “Now it’s time to rest.”

Earlier that morning, Sayles’ contractions started, so she went to the hospital, where doctors determined she was in labor.

Sayles’ name was read during graduation roughly around 10:00 a.m. Kimbrough also announced that he would head to the hospital to personally hand Sayles’ her degree. 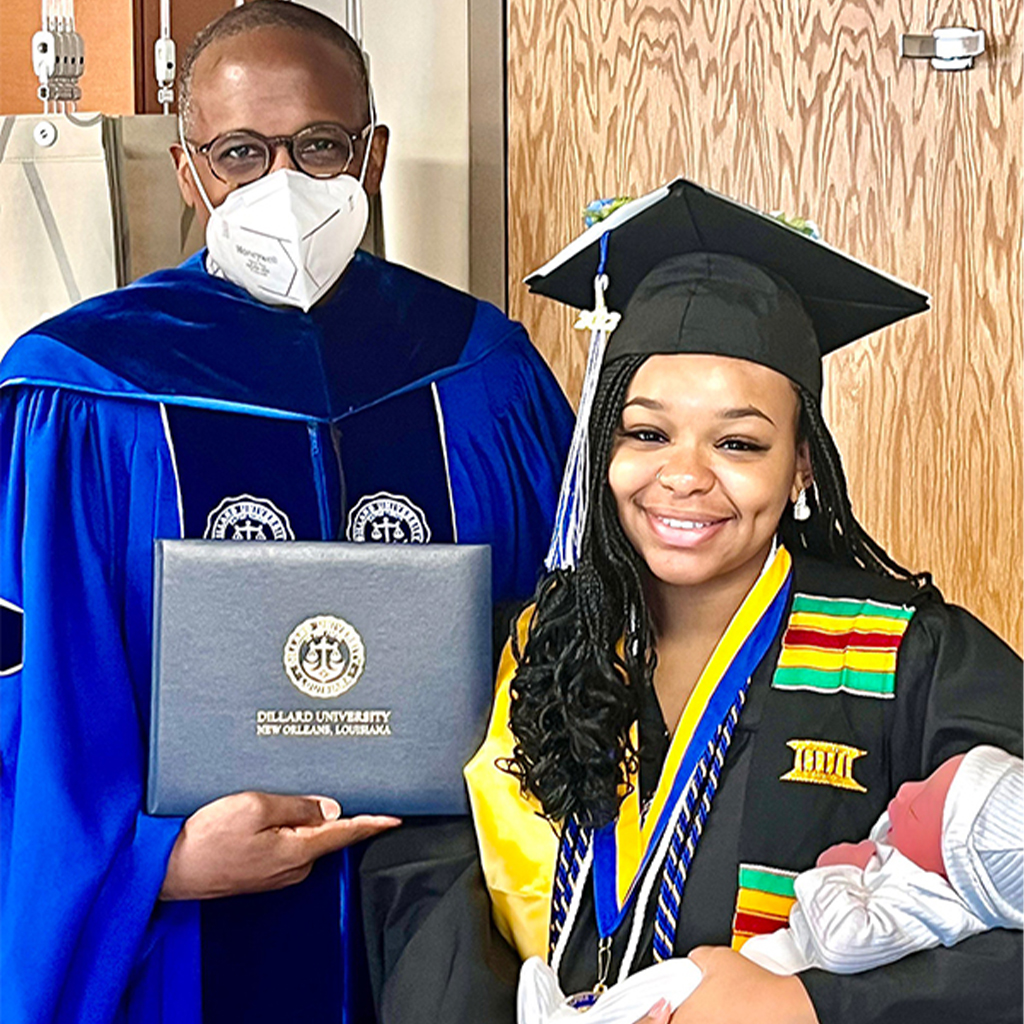 “I mentored under him, so we had a really good relationship where I kept him updated with my pregnancy,” Sayles said, adding that Kimbrough’s wife, Adria Nobles Kimbrough, an attorney, was her pre-law advisor at Dillard.

In a series of tweets, Dr. Kimbrough shared how he was part of Sayles’ academic journey as well as her special day. When asked what was next for new mom Jada Sayles, she said that she’s looking to attend law school in the D.C. area or in Texas. 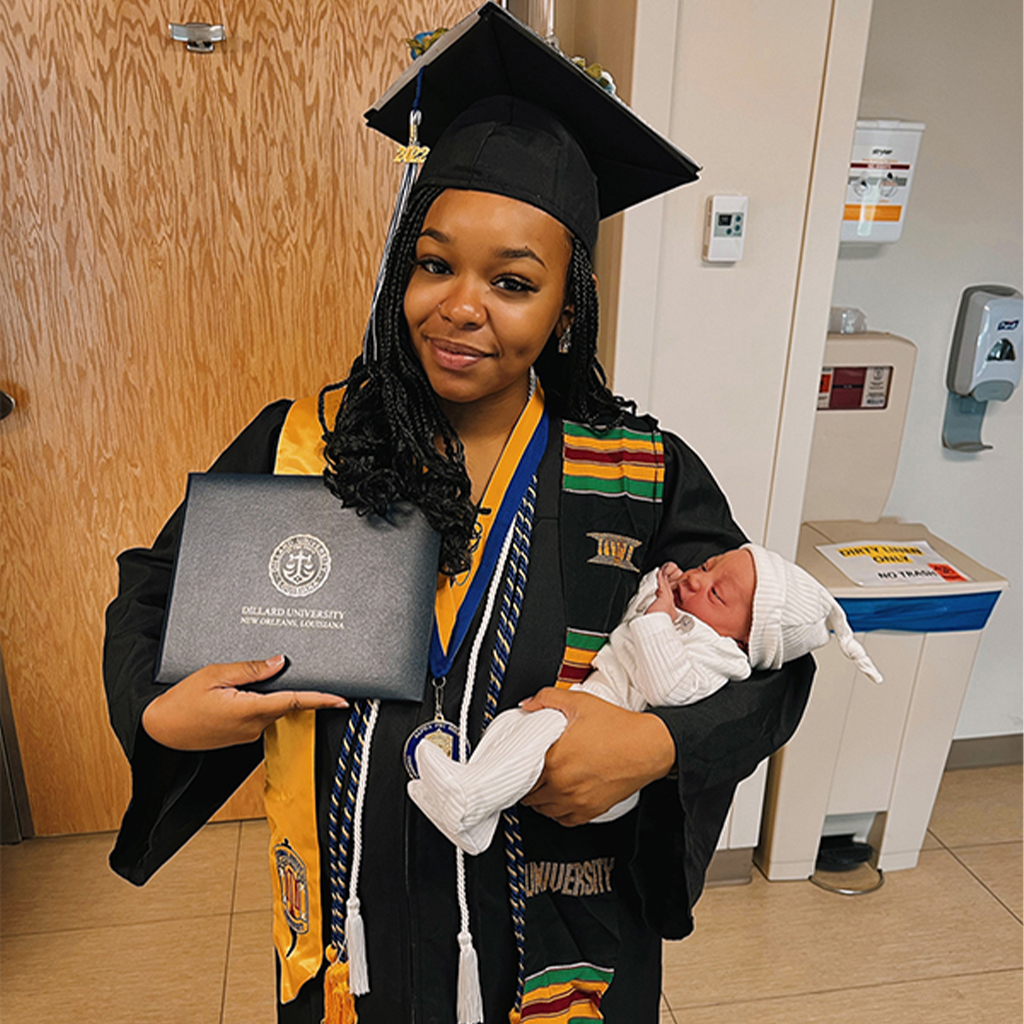 “I did something today I have never done before in 18 years as a college president,” he captioned. “I got a degree in a hospital. I even did the tassel part of commencement!” Kimbrough shared this in another tweet. “This really was a very sweet moment. I’ll never forget it.”

When asked if she was disappointed to miss the on-campus commencement, Sayles said the hospital ceremony was “way better.”

“Easton was there in my arms,” she added. “It’s definitely memorable, so that’s the highlight of my academic career, honestly.” 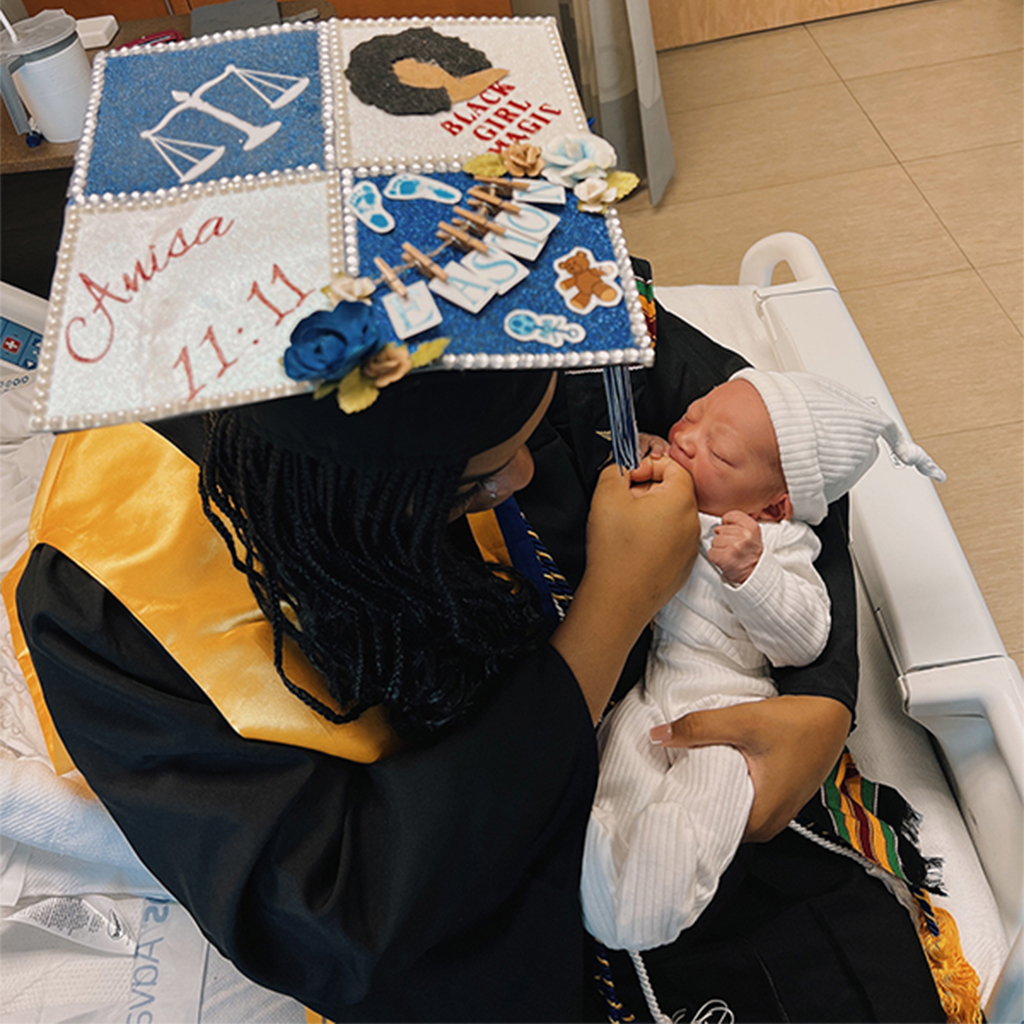 Jada Sayles joked to Fox News Digital that her son, Easton, better have some “great Mother’s Day” gifts for her as she gave birth to him within hours of earning her college degree. Sayles plans on sharing Easton’s birth story with him as he grows.

Sayles said Easton is a good baby who sleeps all day and loves to be near his mom. She hopes to work in public policy and plans on attending law school.