“It’s very rare, but they are my little gems,” said the mother.

Savannah Combs always knew her babies would be special, but she never thought they would be this extraordinary.

Mckenli and Kennadi Ackerman are twins, and both were born with Dᴏᴡɴ sʏɴᴅʀᴏᴍᴇ. The chance of that happening is “extremely rare,” said Dr. Pamela Trapane , director of the Duran Genetics Center at Wolfson Children’s Hospital in Florida.

“In about two out of every 1,000 twin pregnancies, at least one baby is born with Dᴏᴡɴ sʏɴᴅʀᴏᴍᴇ. However, the chance of having a twin pregnancy and both twins having Dᴏᴡɴ sʏɴᴅʀᴏᴍᴇ is about 1 in 5 million,” Trapane said.

Combs actually knew one of her daughters would be born with Dᴏᴡɴ sʏɴᴅʀᴏᴍᴇ, but she didn’t confirm it with a test. “Every prenatal exam was a blessing for me,” said the Jacksonville mom. 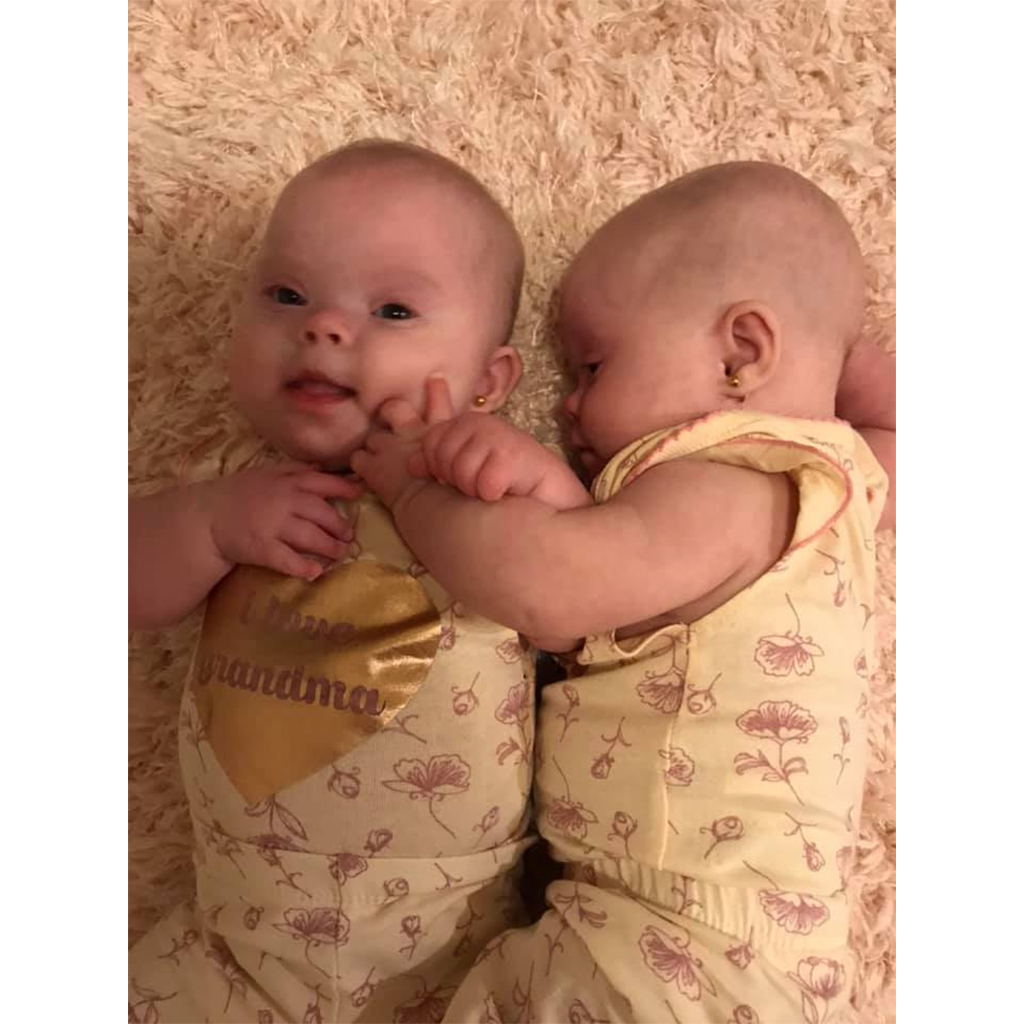 The twins were born on May 12, 2021, two months earlier than expected, so they stayed in the hospital for about 6 more weeks. “They’re called mono-di twins, which means they developed in separate membranes but shared the same placenta, so they’re identical,” Combs said. “Mono-di twins are very rare in the first place. If you add Down syndrome to that, the chance is about 1 in 2 million.”

When both girls were diagnosed with Dᴏᴡɴ sʏɴᴅʀᴏᴍᴇ, their father, Justin Ackerman, was initially very concerned. But the 23-year-old mother, whose twins are her first children, was simply happy to have the girls here. 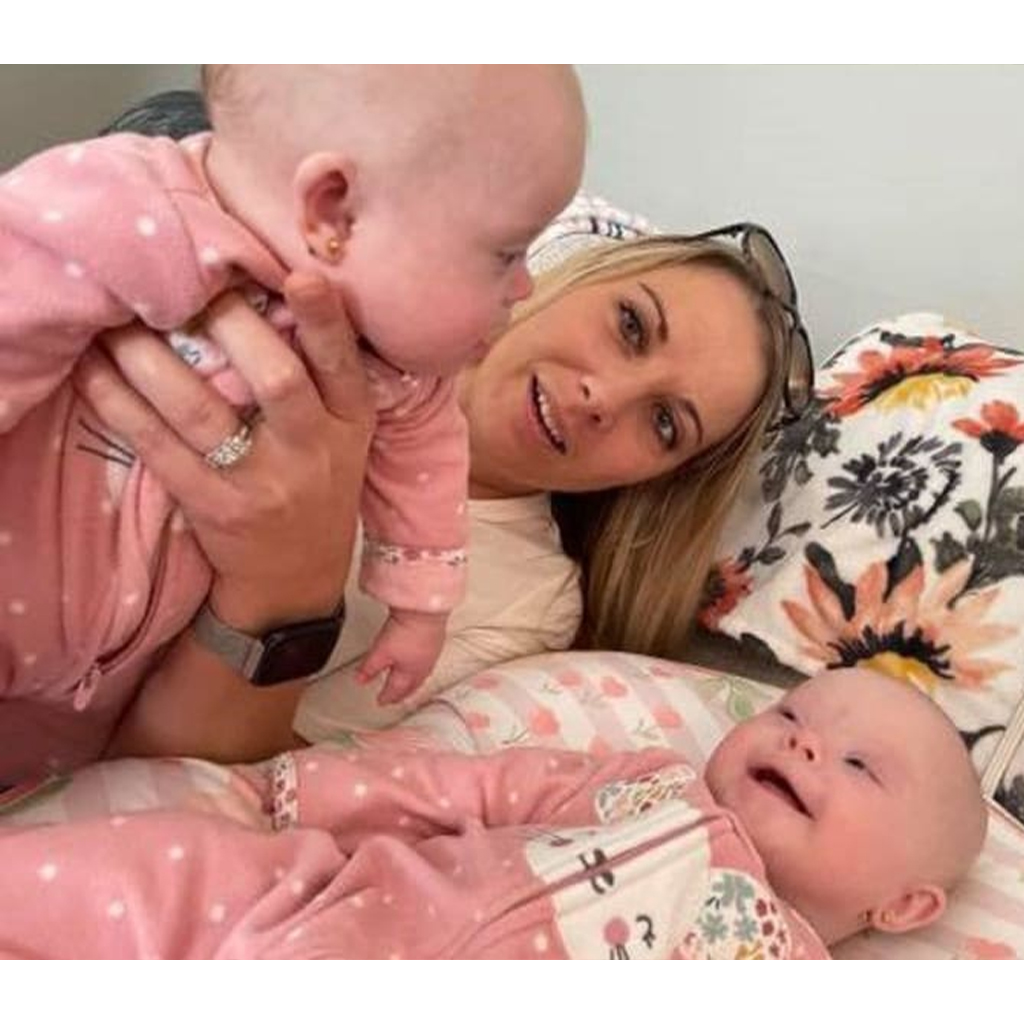 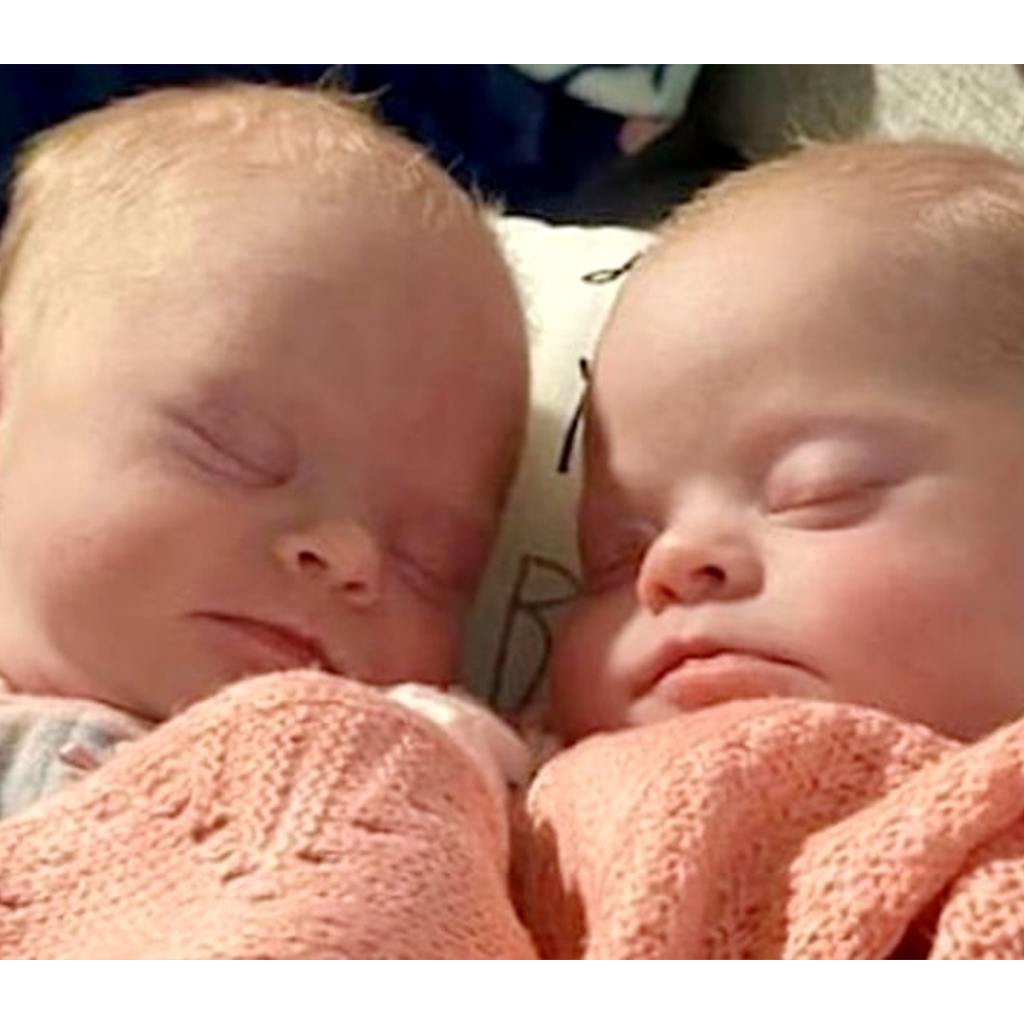 The family of four has been doing very well since then. The 8-month-old twins are making great progress and reaching important milestones one after the other. The nurses attend therapy twice a week. The proud mother also said that the girls would soon start climbing.

At the same time, Combs also highlighted that the view that children with Dᴏᴡɴ sʏɴᴅʀᴏᴍᴇ are always cheerful is not necessarily correct. While Kennadi is indeed a little ray of sunshine, Mckenli is the exact opposite. “She’s a real little diva,” said mom. 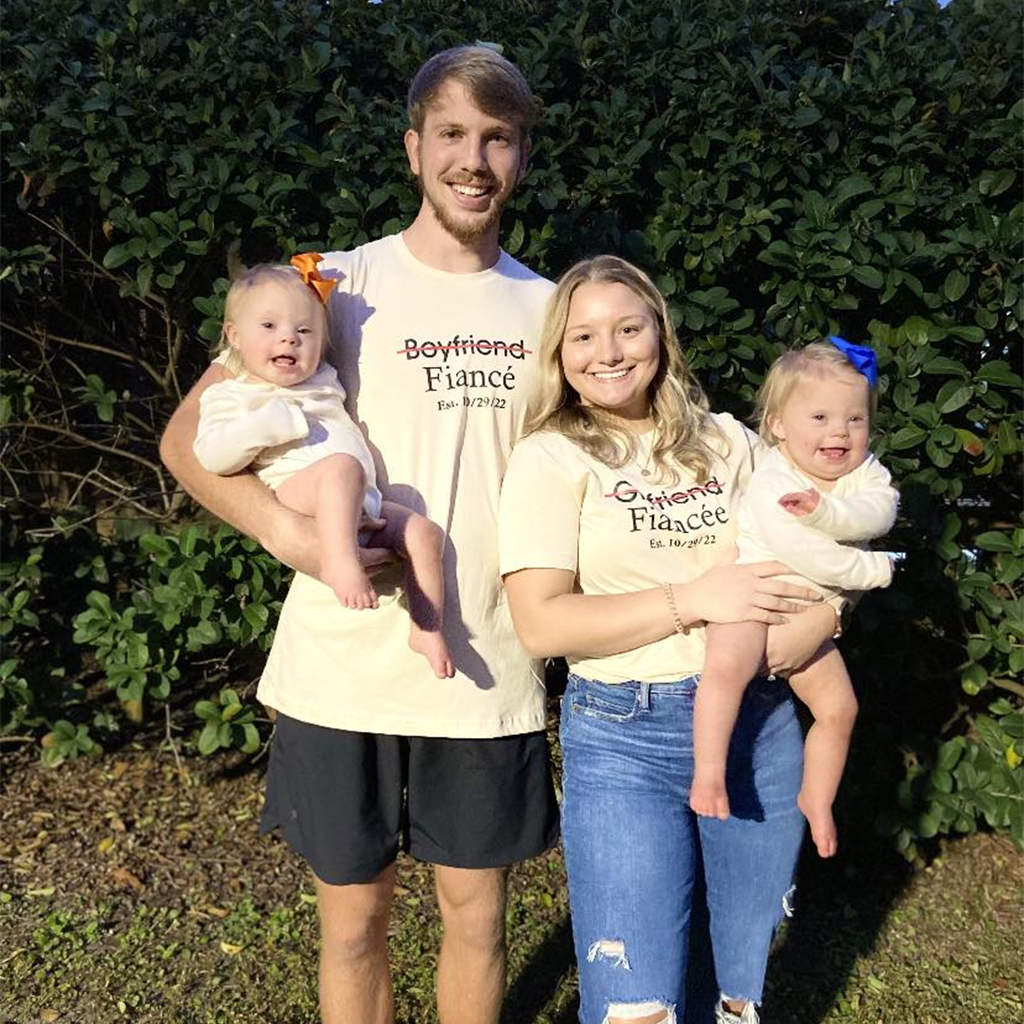 She also said that despite their illness, the girls are no different from other children.

“They have feelings. Their hearts are beating. They can talk. They can do the same things as others. They will get there. They may be a step behind, but they’re getting there. I learned that these children are brave and happy little things,” Combs said.