Most mums-to-be spend a fair chunk of their pregnancy wistfully imagining their baby’s birth – the soothing music, the calming message, and pain relief just a scream away. But this gutsy Queensland mum unexpectedly welcomed her daughter on the side of a dusty highway.

In one of the most Aussie birth stories you’re ever likely to hear, Lydia Kirk ended up giving birth on a makeshift bed on the Bruce Highway, somewhere between Bowen and Proserpine, with a local property owner acting as nurse.

The mum-of-one thought she had plenty of time to make it to the hospital, after a long first labour. But her little girl had other plans.

Lydia explained to Mum’s Grapevine that her hometown of Bowen has no birthing suite, so she knew she and her fiancé, Chris Broucek, had a 70-kilometer drive ahead of them. 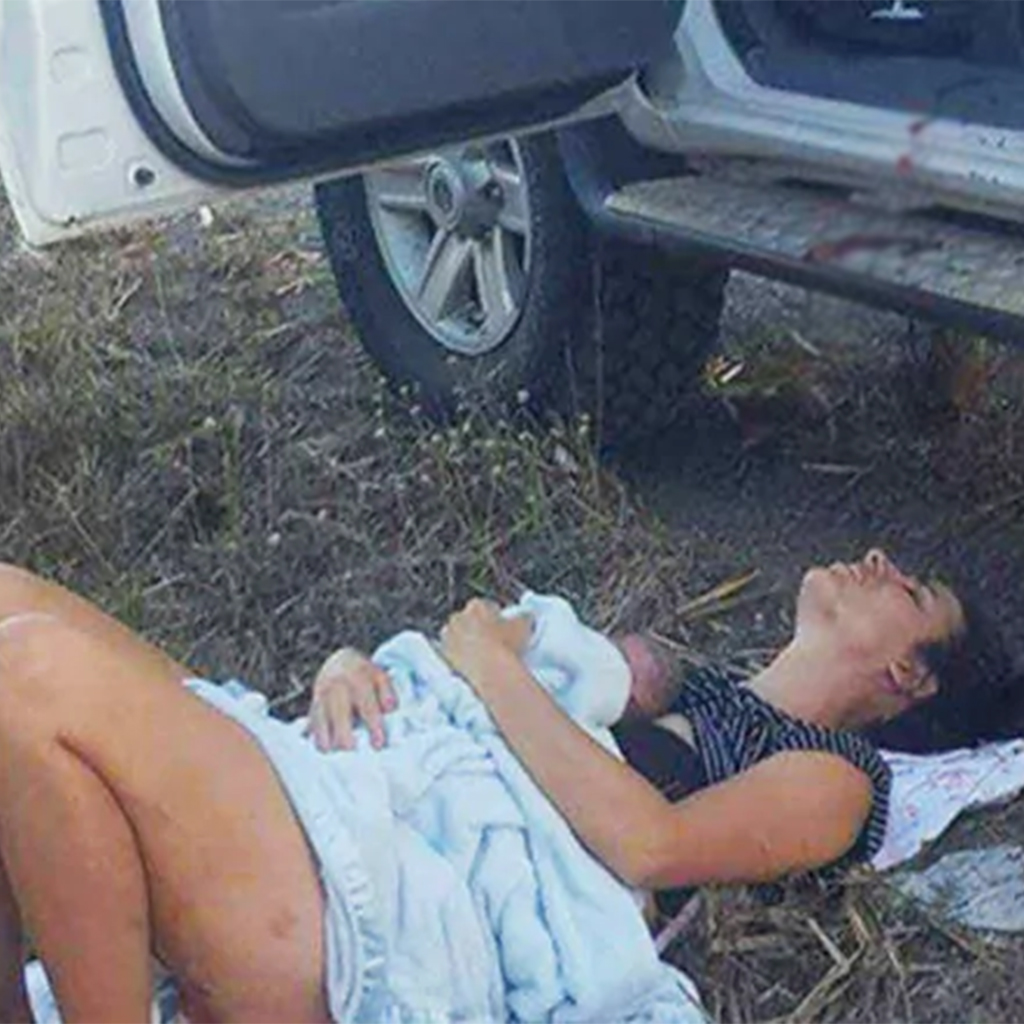 “Before we started heading to Proserpine Hospital, we went to Bowen Hospital where our midwife told us we were four centimetres dilated and needed to start heading down to Proserpine.”

“We were about halfway into our drive and I said to my fiancé that I needed to push. He told me, ‘I don’t think so’! I pushed about three times and said to him, ‘I can feel a bulge, Chris, I can feel her head’.” 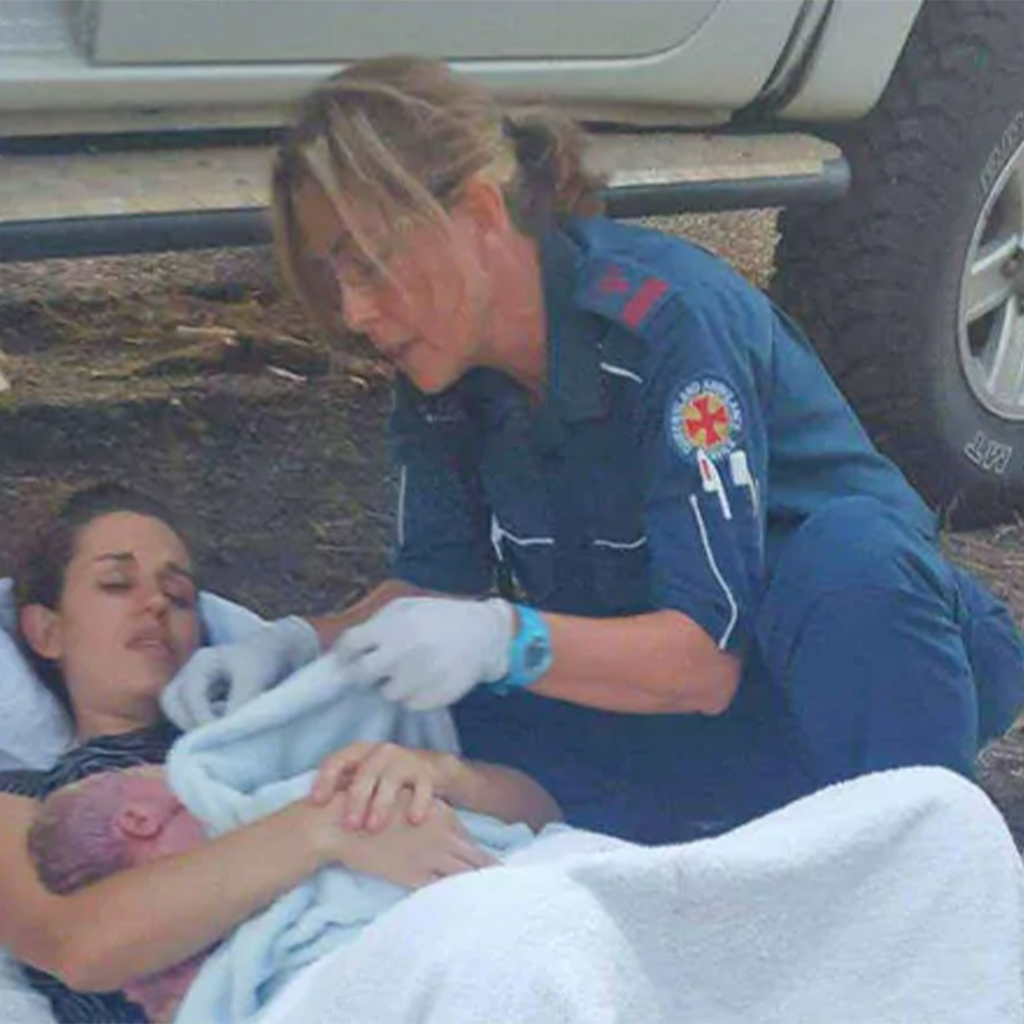 Lydia says that’s when Chris swung into action and called triple zero, but little Layla was already well on the way.

“We were still driving when she was delivered and I brought her up onto my chest. He had to tear my underwear off with his hands because I had to pull them to the side when she came out.” 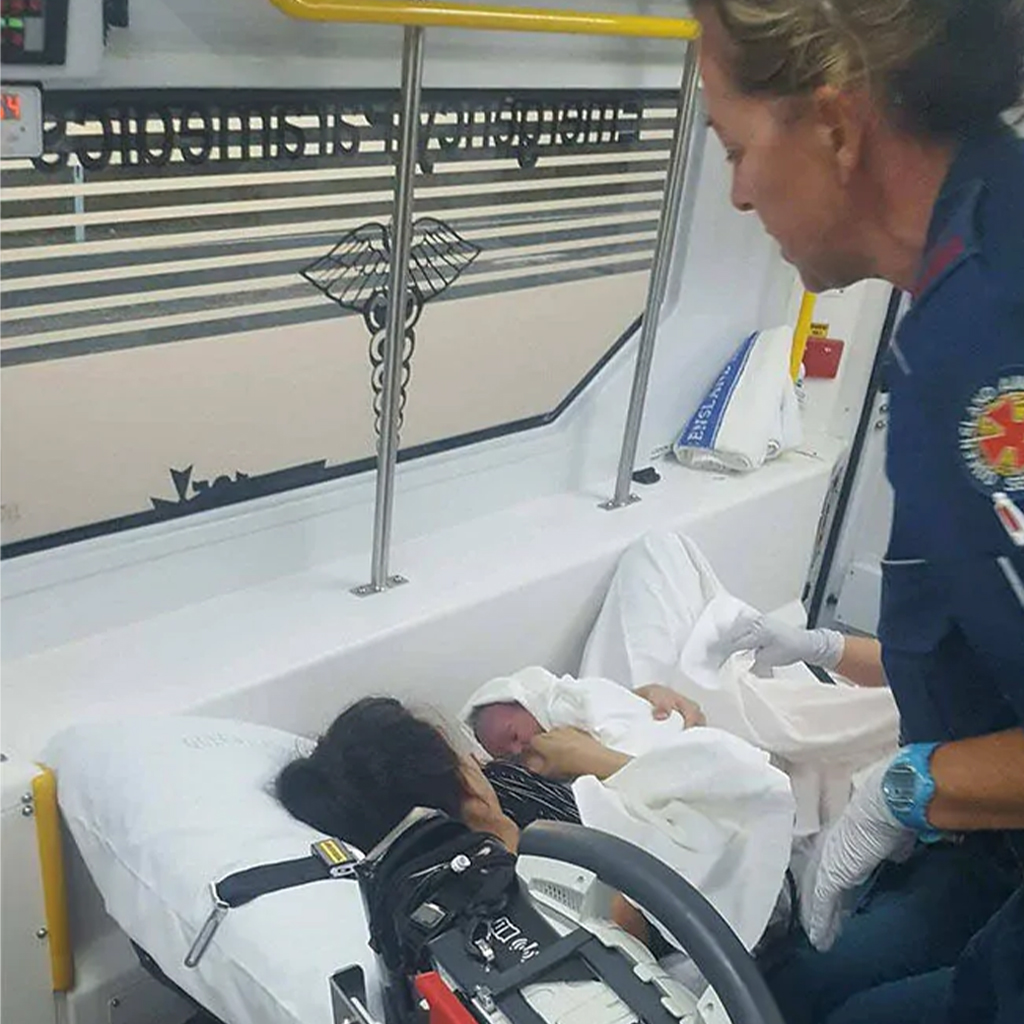 The couple then pulled over and followed the directions from the emergency operator on the phone, which included lying on the side of the road because Lydia’s seat wouldn’t recline thanks to the car seats in the back.

“A local property owner stopped and brought us some towels while we waited for the ambulance. Once the ambulance arrived, they made sure both Layla and I were safe and okay, clamped the umbilical cord and got Chris to cut her cord.”

“Not a lot was going through my mind except wondering if Layla was okay and healthy – she came so quickly that I was in a state of shock to be honest. I’m just glad I had Chris with me because he took over the situation and made sure everything was okay.” 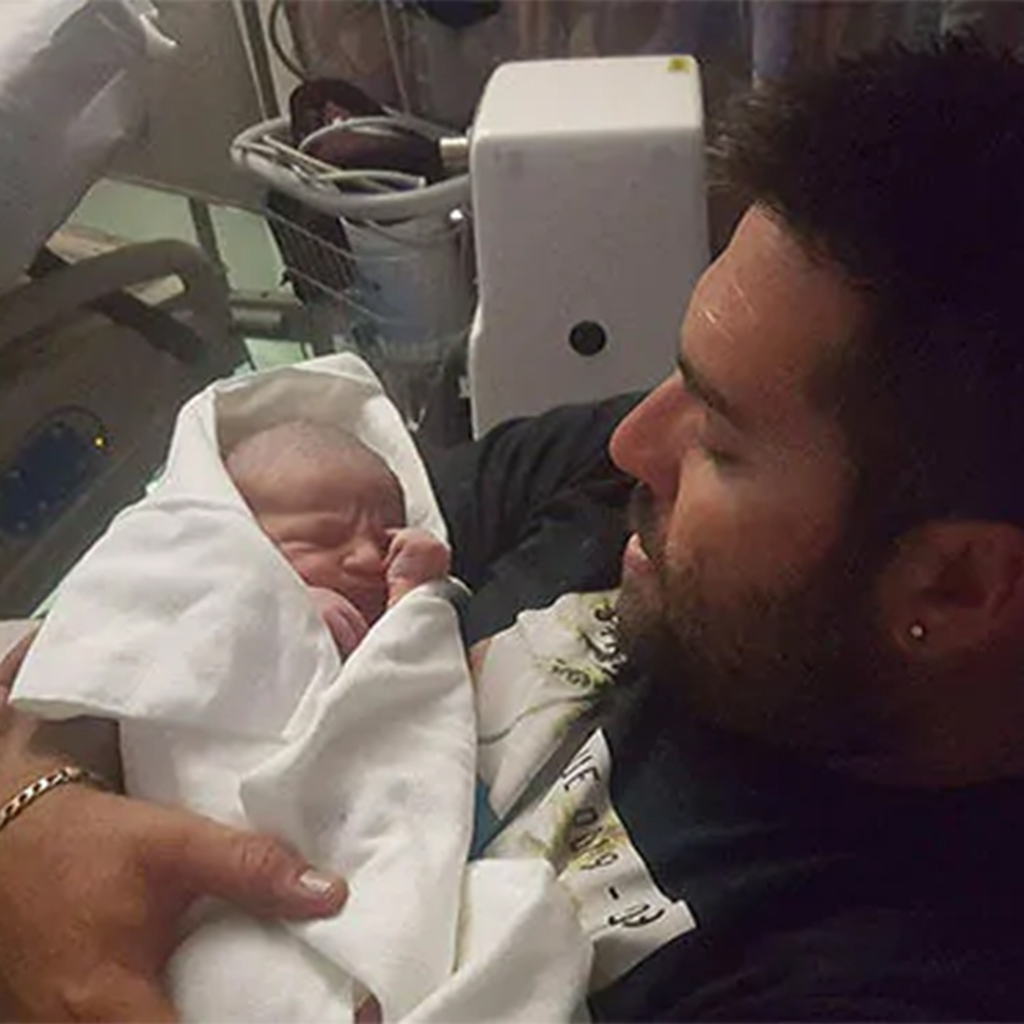 Now that’s a birth story – welcome to the world, Layla Maree! We take our hats off to this cool and calm couple who birthed their baby like bosses.