Before going on maternity leave, Anastasia Merkulova worked on the world’s longest railway, the Trans Siberian, and now she has a giant family all in one go with one princess Raisa and her four princes. 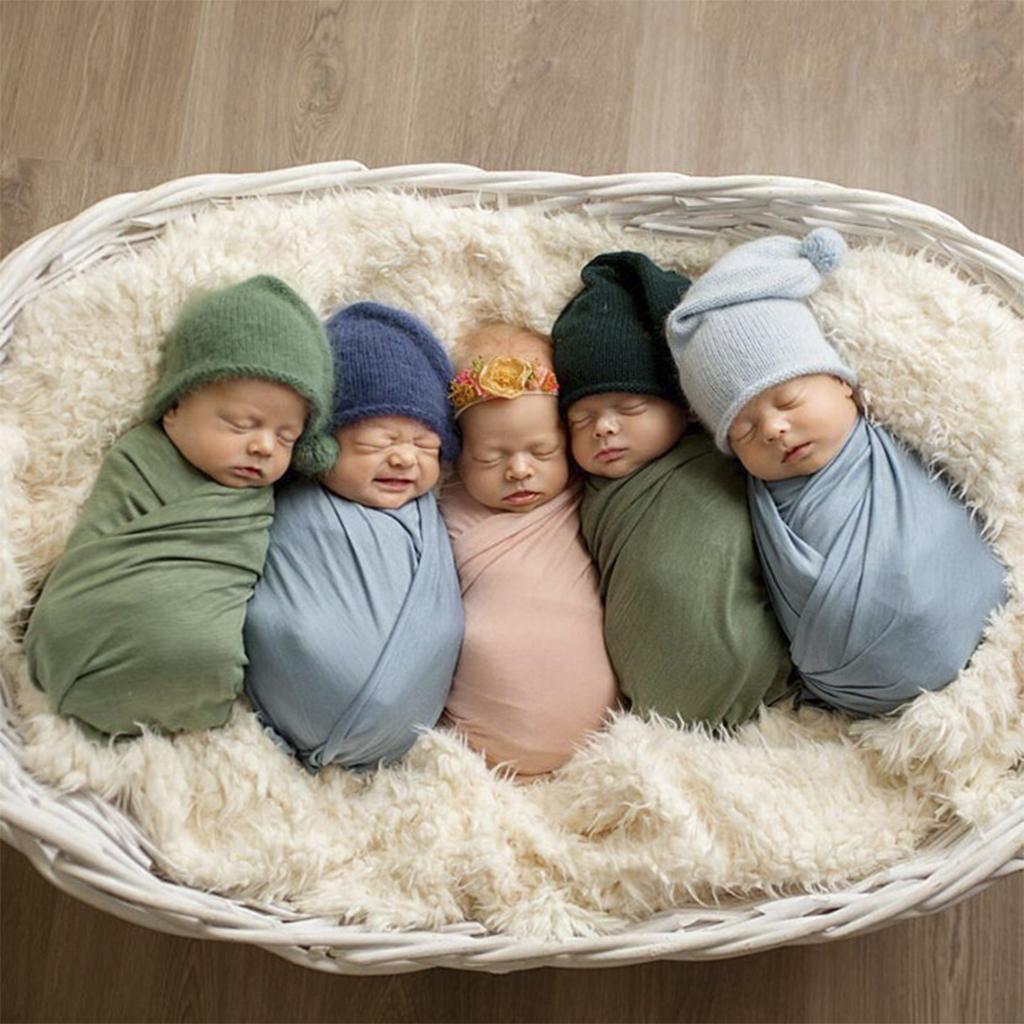 For the hero mama and her husband Alexander the quintuplets were not entirely expected – because at first medics had detected three children, and later at 16 weeks, a fourth. And they were told to expect four boys. The fifth was a surprise on the day they were born by Caesarian in Vladivostok on August 22, 2017. 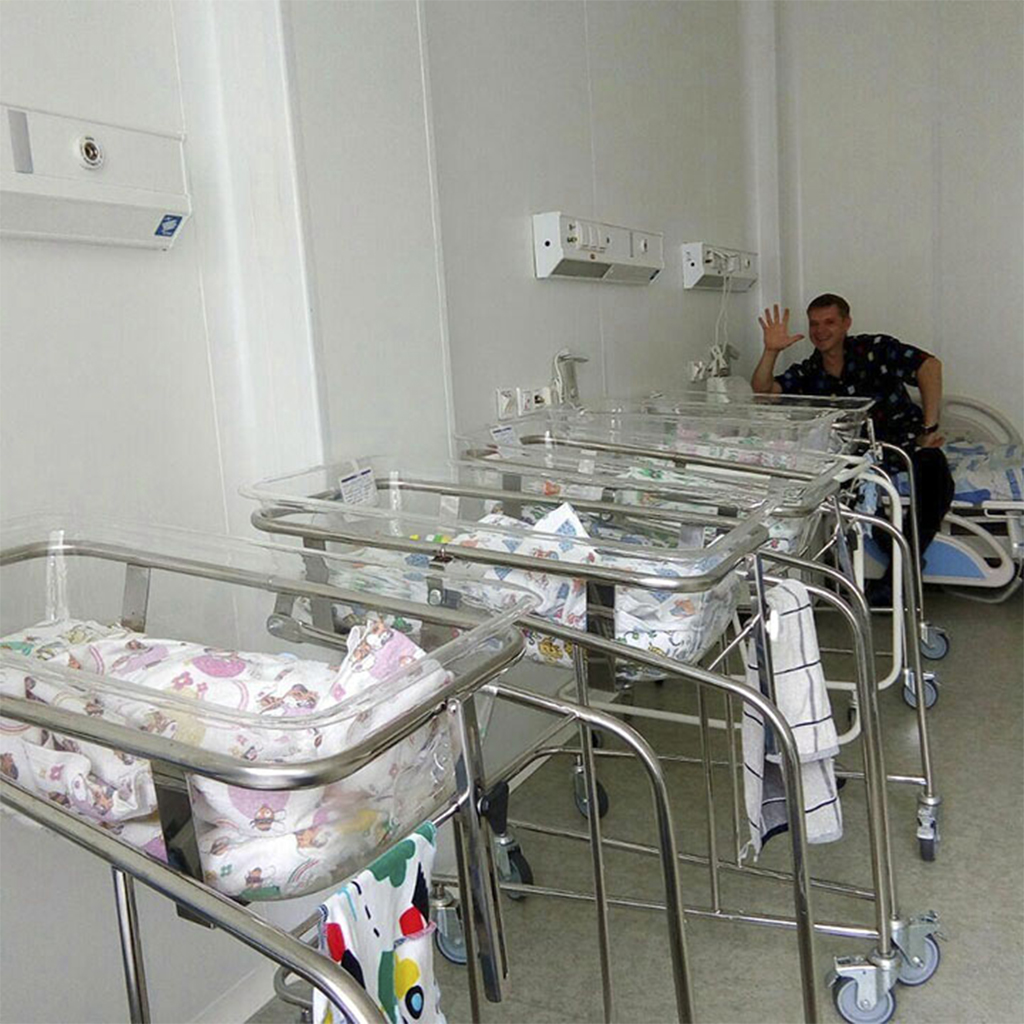 “Matvey and Ignat are calm, sweet and affectionate,” she said, explaining the different personalities of the children. “They like hugging, being cuddled and kissed. Savelyi, on the contrary, doesn’t like cuddling much. It is important that we play with him. Maxim is very emotional, he’s constantly unhappy about something. Whenever he doesn’t like something, he screams so loudly that probably the neighbors can hear him. Raisa is a smart girl and she can play alone for a long time. She loves her daddy a lot, he is the world to her. But it might have been different.” 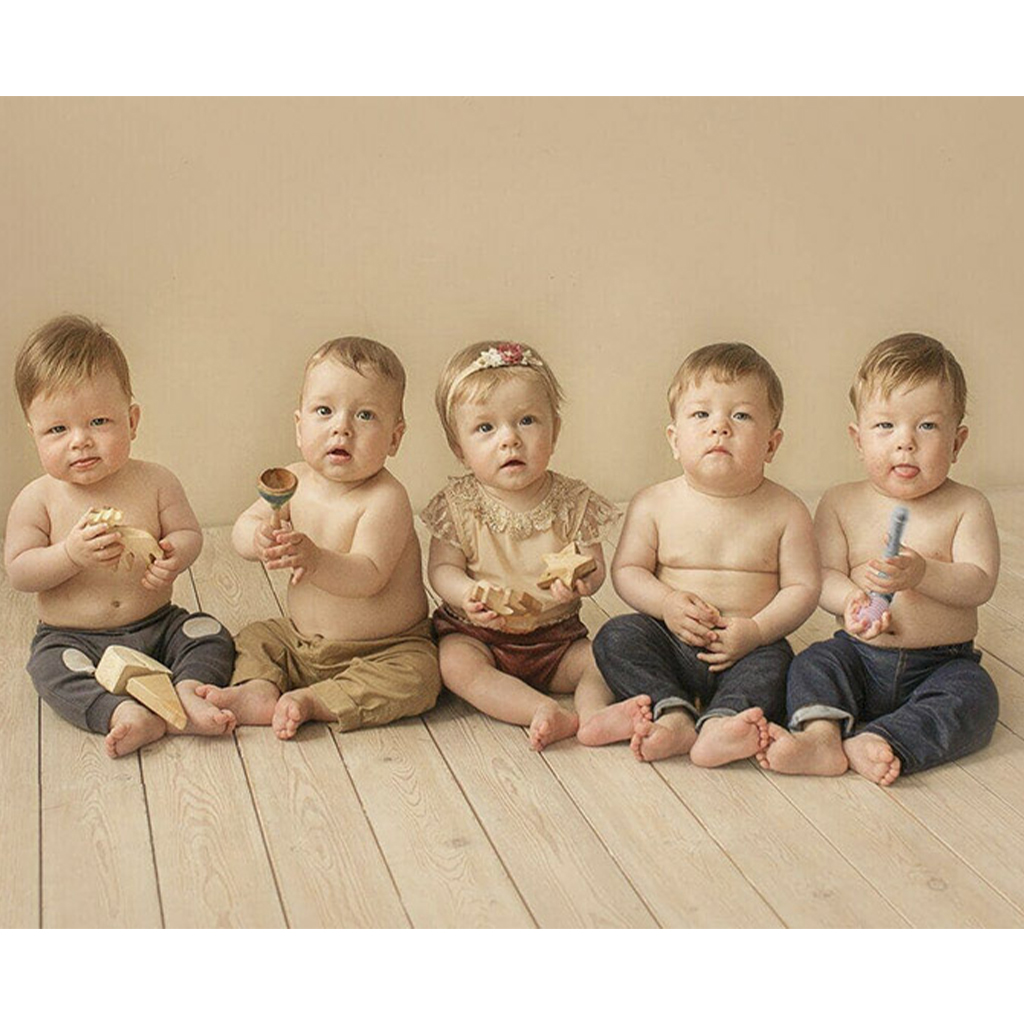 During her pregnancy, doctors recommended – in blunt terms – that she abort at least one of the babies. “There was only one doctor who was supporting me,” she said. “The rest were trying to scare me by saying that the children ‘might be born ugly’ and that I should have used my brain.” 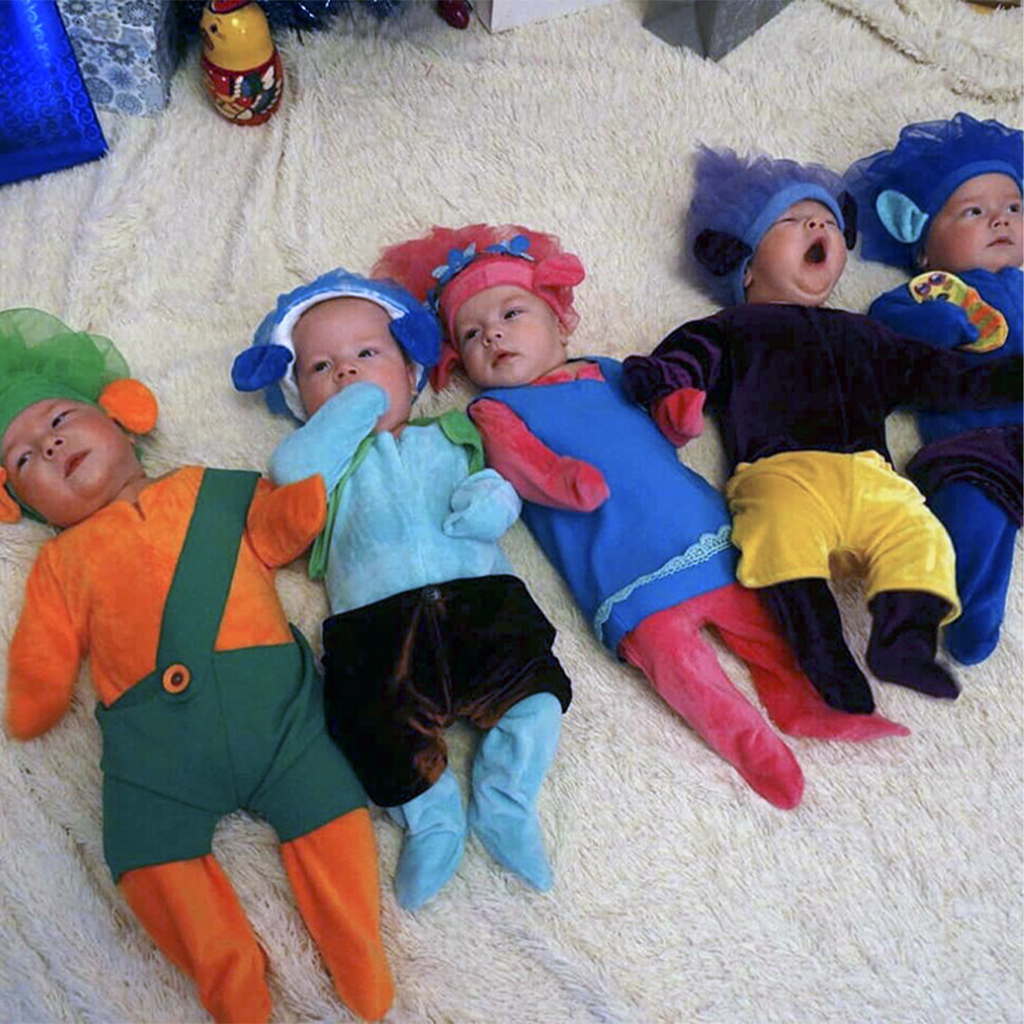 When they realised there were four, not three, they offered to ‘remove’ one of the children, saying a multiple pregnancy was a threat to the children and the mother. “Every time I went to a different hospital they were calling me ‘crazy’ and saying: ‘What are you thinking about? Why do you need this?’ One of the doctors later told me that if they knew there were five children, they wouldn’t have let me give birth at 7 months (as I did).” 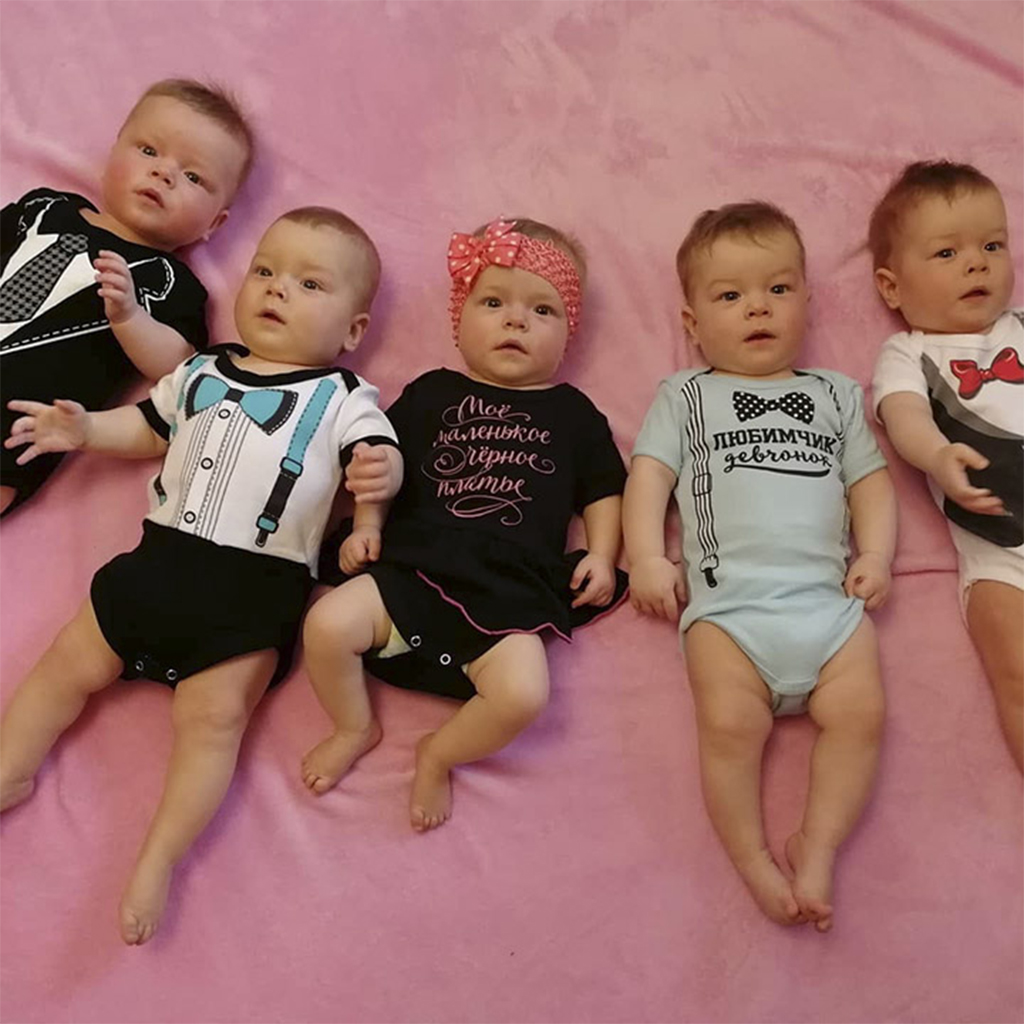 They would have done a C-section sooner. But each day in the mama’s is good for the kids. When they were born, the smallest was 1.340 kilograms. All were less than 2kg. 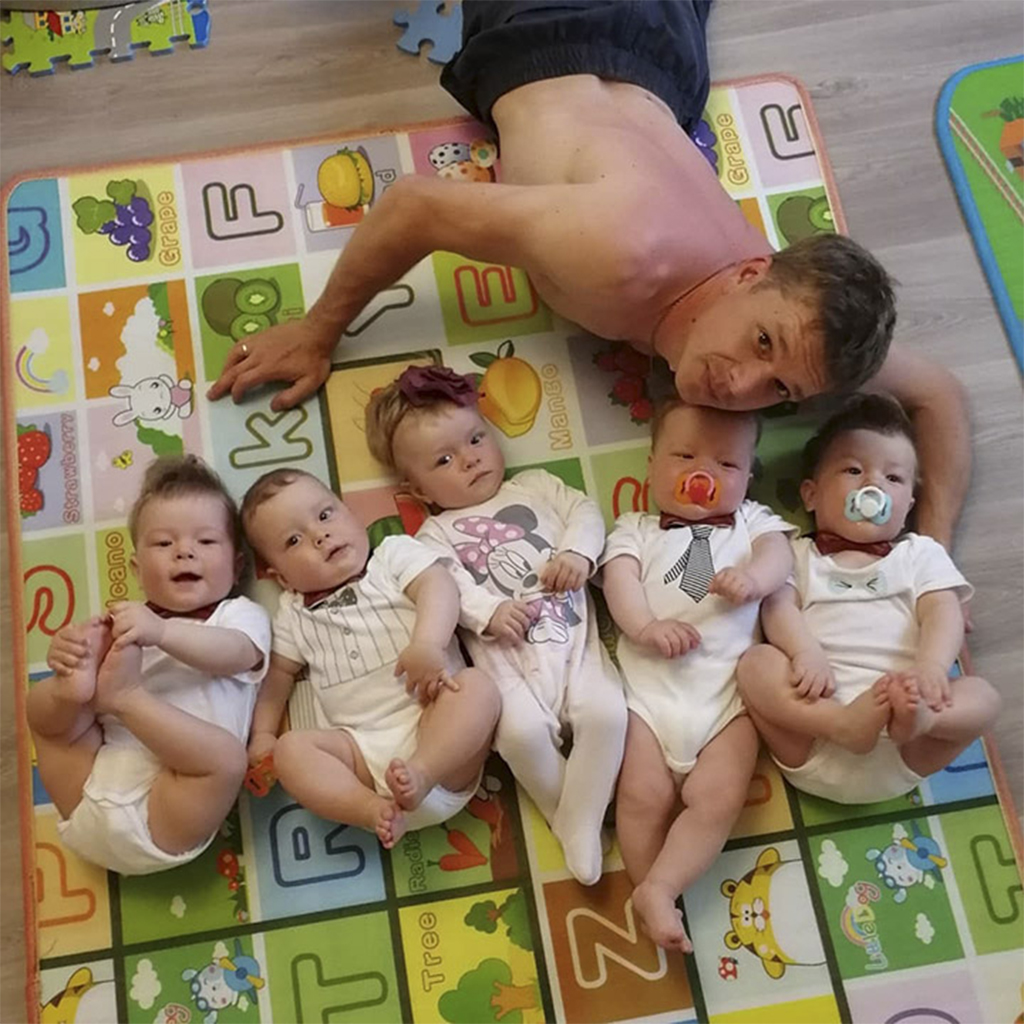 Once home, she had help from her mother-in-law, but even so, it was a major operation. Every trip, walk, bathing, meal and many other things are like a battle march for paratroopers – but it only makes us stronger. 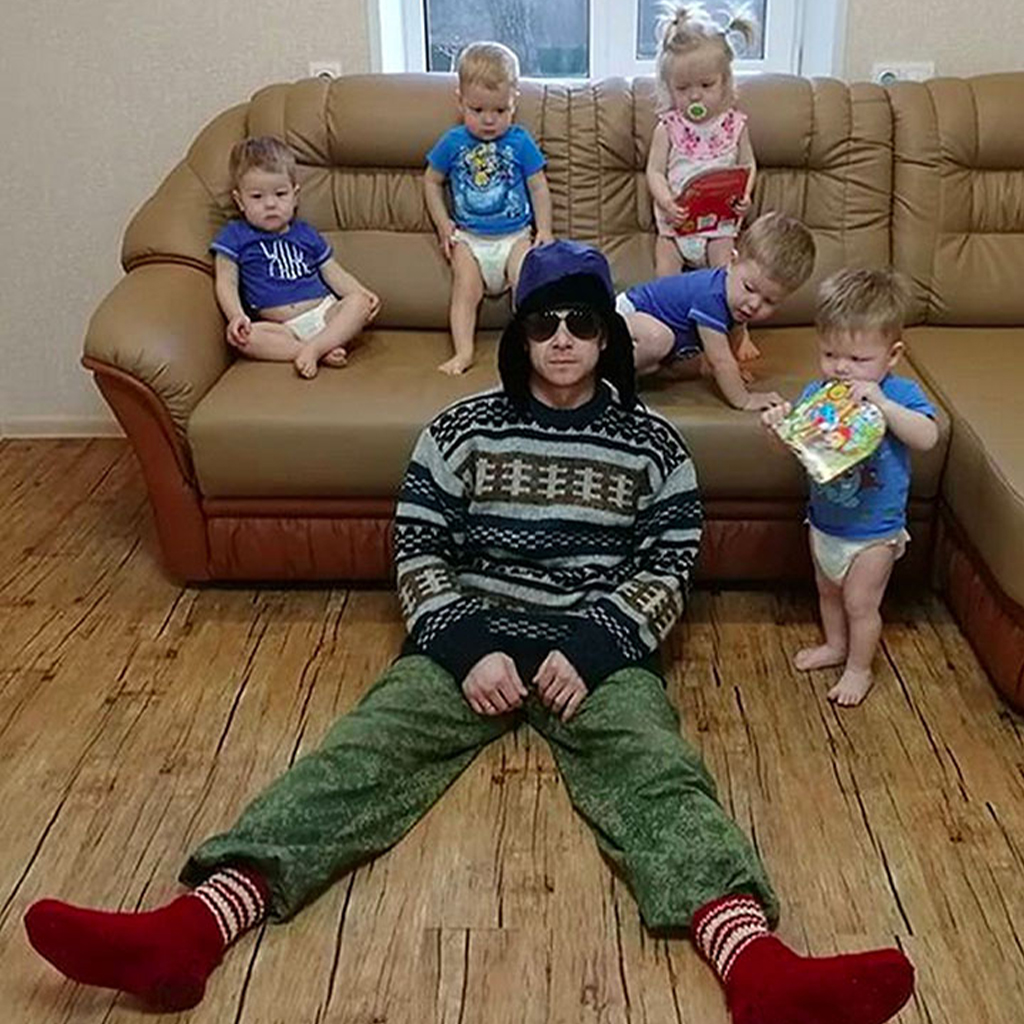 To keep warm that first winter she had to light the fire in their house and keep it burning. Sometimes rather than going out she would let the stove die down, open the windows, letting in the fresh air. “I dressed the children, opened the window and this way we ‘walked’ for three hours. Obviously, the house would get cold at that time, so I’d close the windows and fire up the stove again. And it was like that every day,” she said.