Megan Ann Mattiuzzo, 29, is a professional wedding photographer. As soon as she found out she was pregnant, she knew she wanted to capture that special moment herself on camera. The result is some spectacular images taken from an angle that we don’t usually see in birth photos: from her mother’s eyes behind the lens. 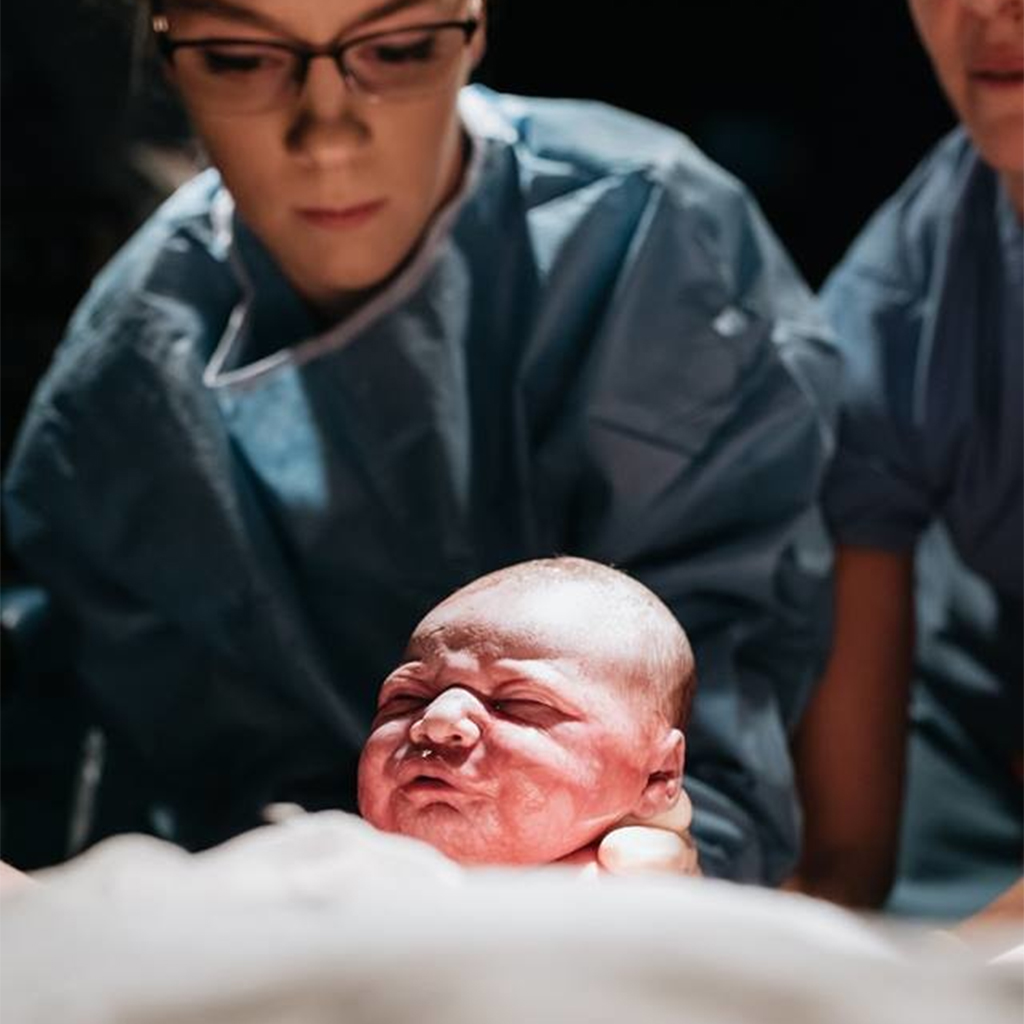 She says that in her work she is “used to capturing moments you can’t recapture,” so she also wanted to capture the first moments of her newborn son, Easton, as he poked his head out and opened his eyes to the world for the first time. 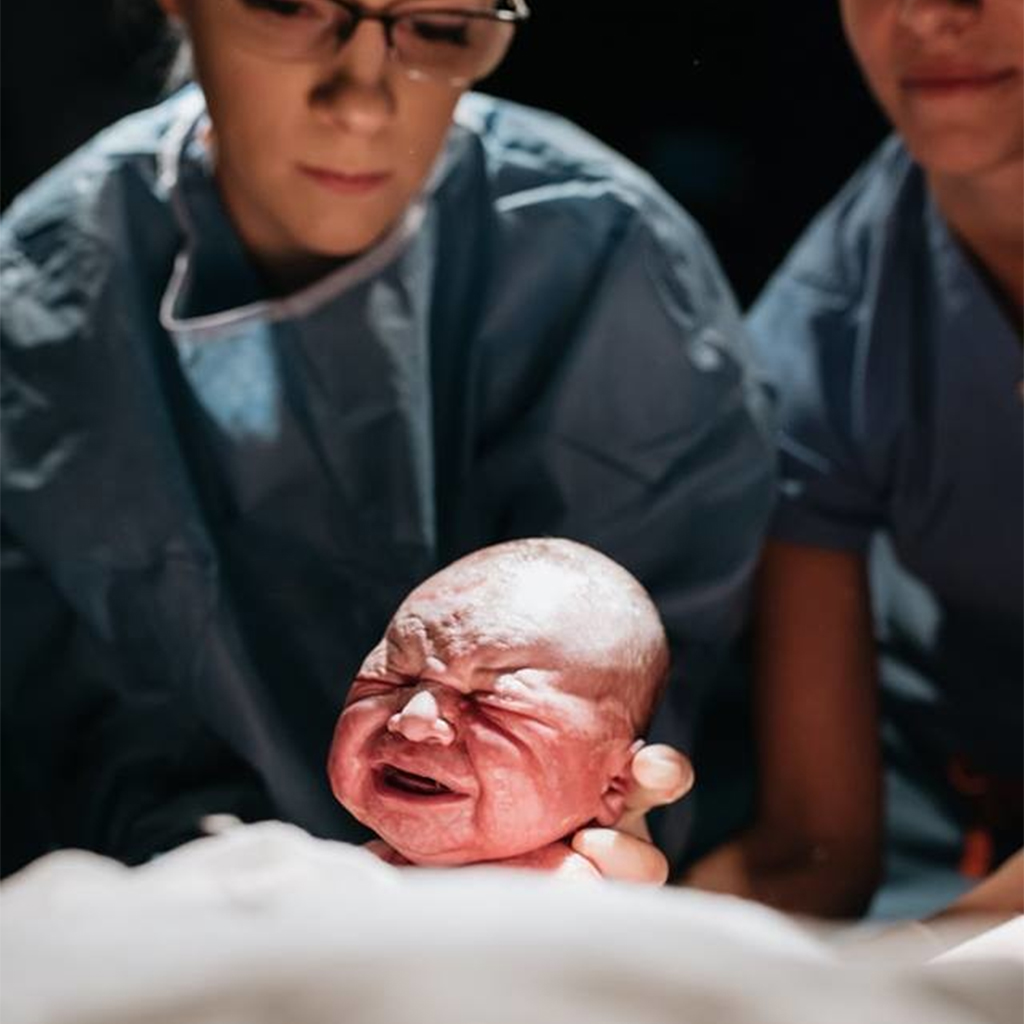 On March 6, she gave birth to her baby. When they arrived in the delivery room, her husband, camera in hand, with the setup already in place, supported Megan as she began to push. 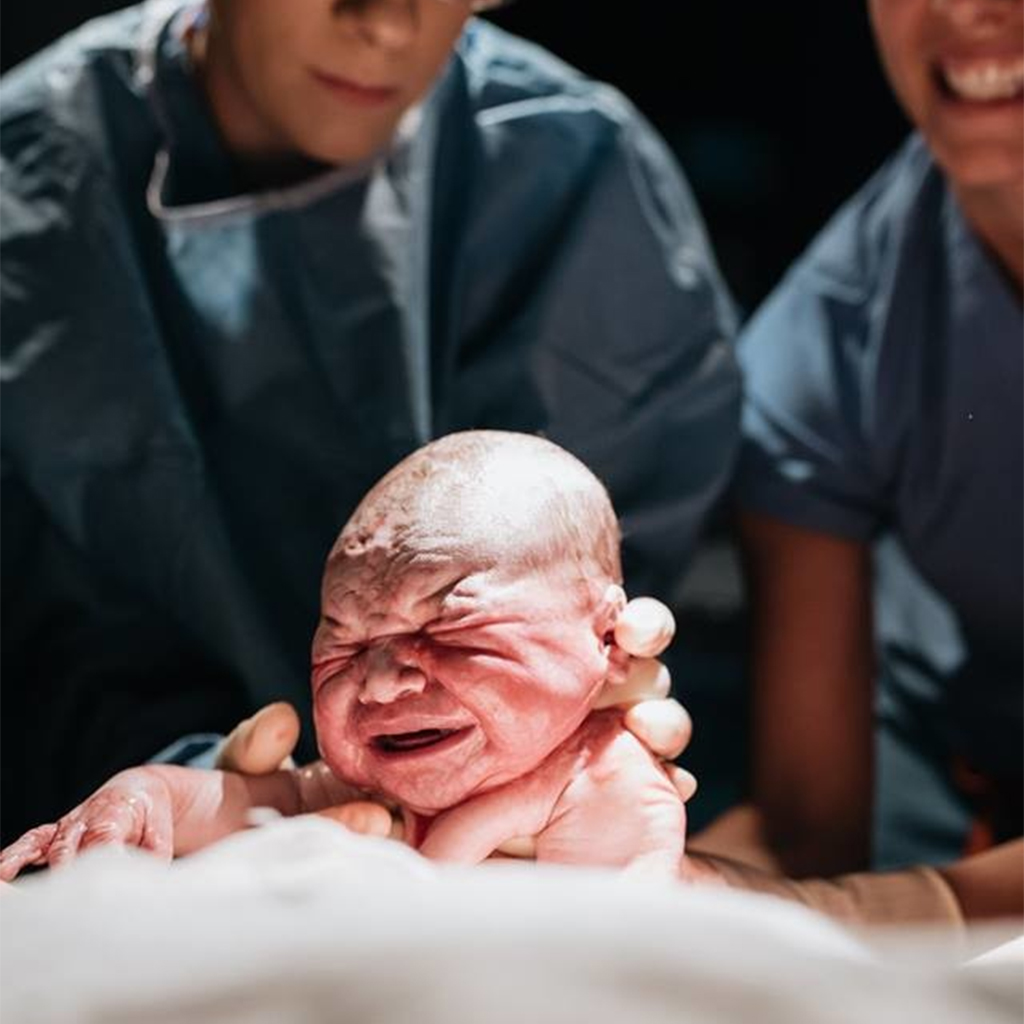 Megan consulted the doctor about her crazy idea, and considering that her delivery was low-risk, she did not oppose her wish. She gave birth with epidural anesthesia, so when the time came, the obstetrician told her that her baby was being born, and that’s when her mother took her camera to photograph that special moment. 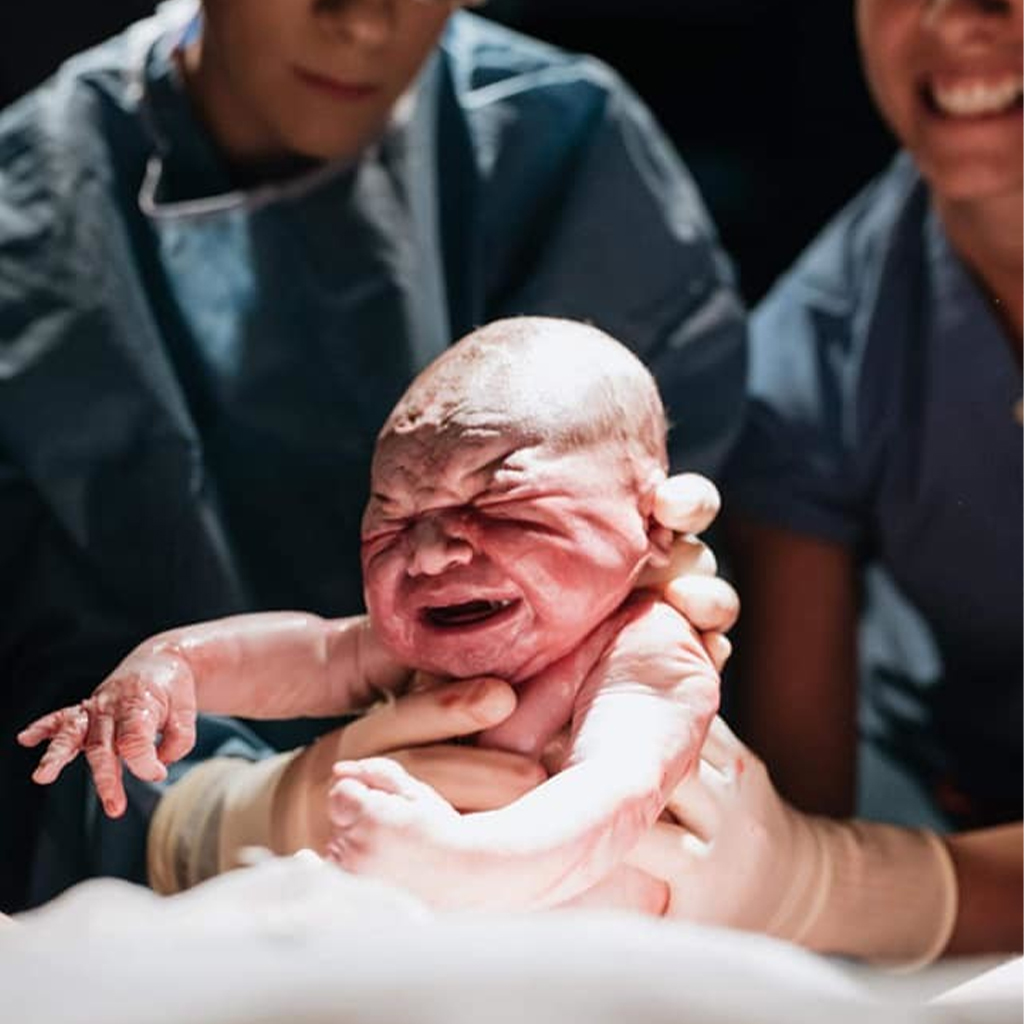 The result is this stunning sequence of photos that Megan was kind enough to share with us. 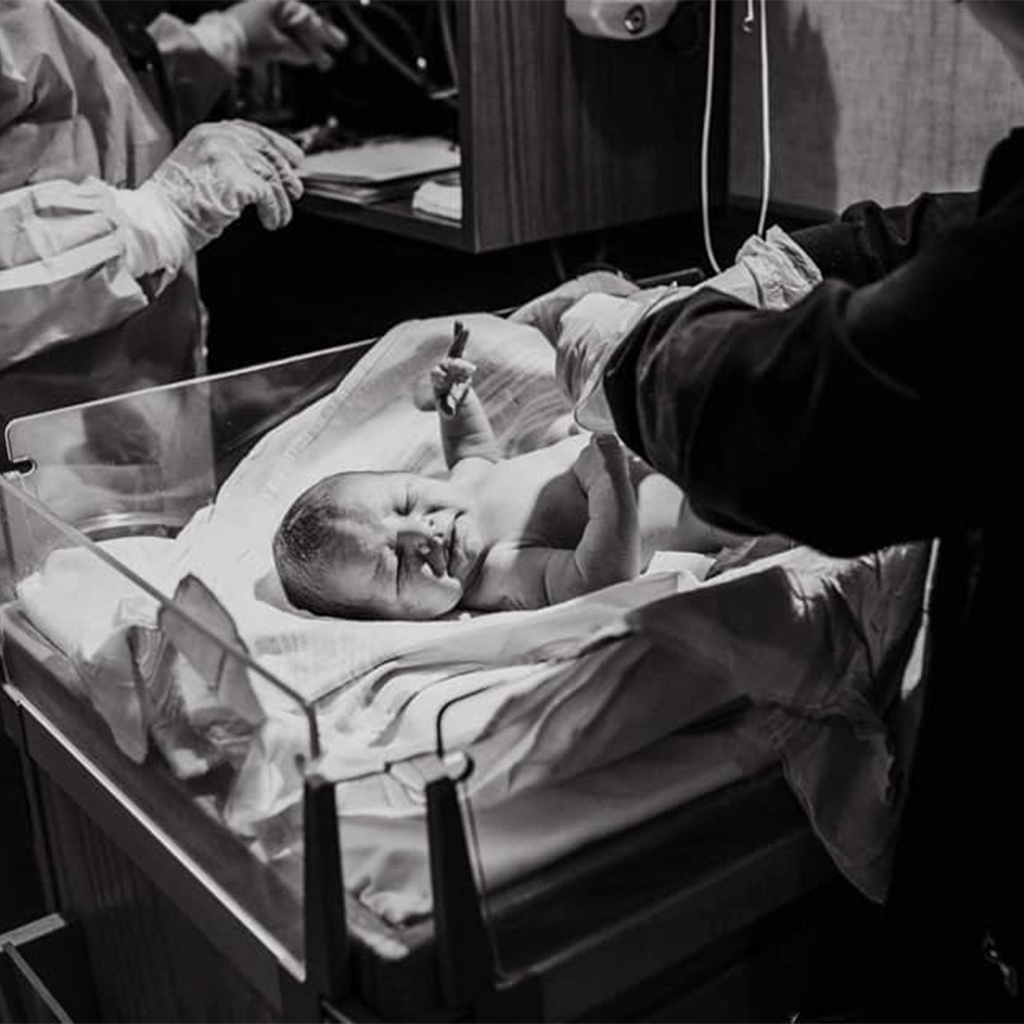 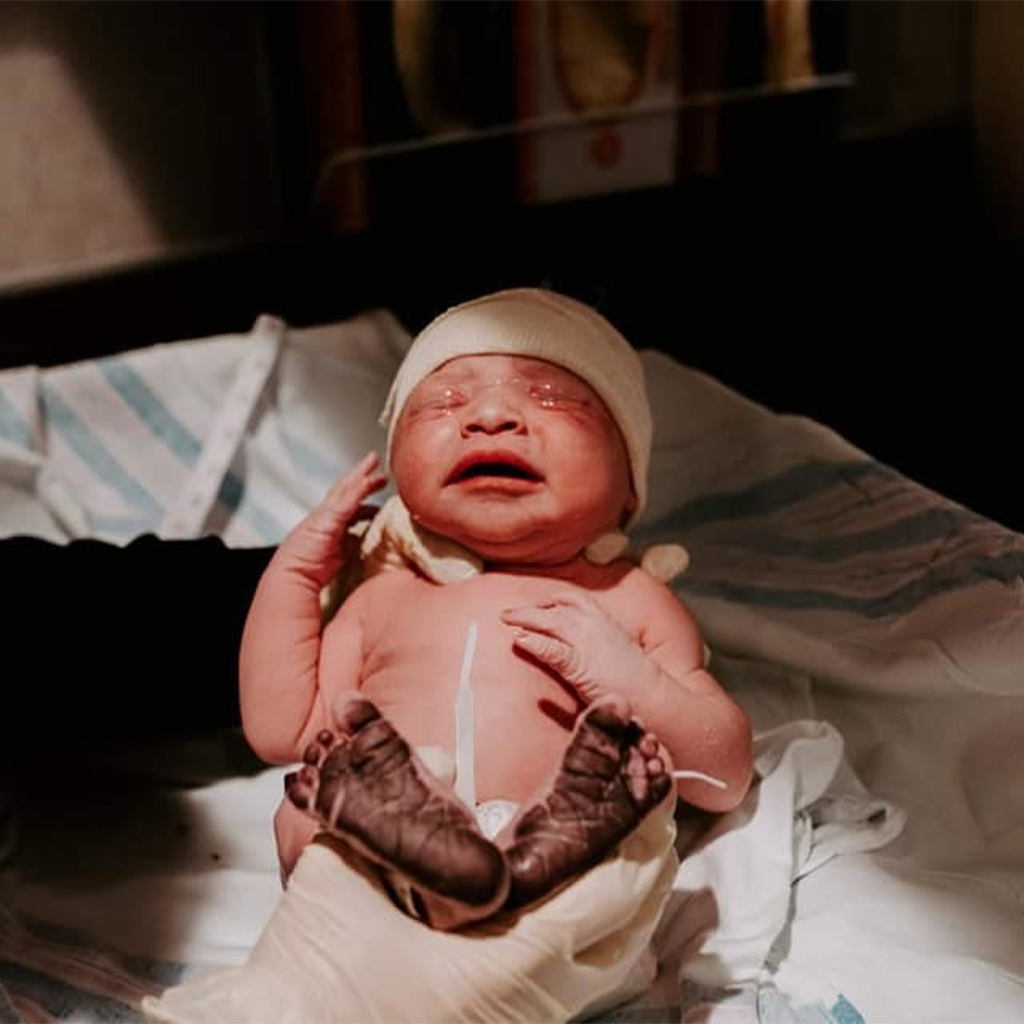 She made sure her camera setup was ready to go so she could capture the most special moment of her life herself.