Sarah and Tim Molitor, who chronicle life with their family on the lifestyle blog Modern Farmhouse Family, are looking forward to welcoming their seventh baby in March. After six wonderful sons, they finally “succeeded” with a daughter and are thrilled!

In an emotional Instagram post, Sarah revealed the gender of her seventh baby and burst into tears of joy as pink confetti flooded the room. Her six sons were equally excited and started celebrating like there was no tomorrow!

“I thought the 7th would be a boy too, but when I saw the pink confetti, I lost it! Emotions overwhelmed me, and I was shaking with surprise! It was a shock to everyone, but such a sweet and unexpected gift to us!” Sarah told People in an interview, adding, “The boys can’t stop talking about her, and we have a lot of new things to live with a little girl. We all love her so much even though she hasn’t been born yet.” 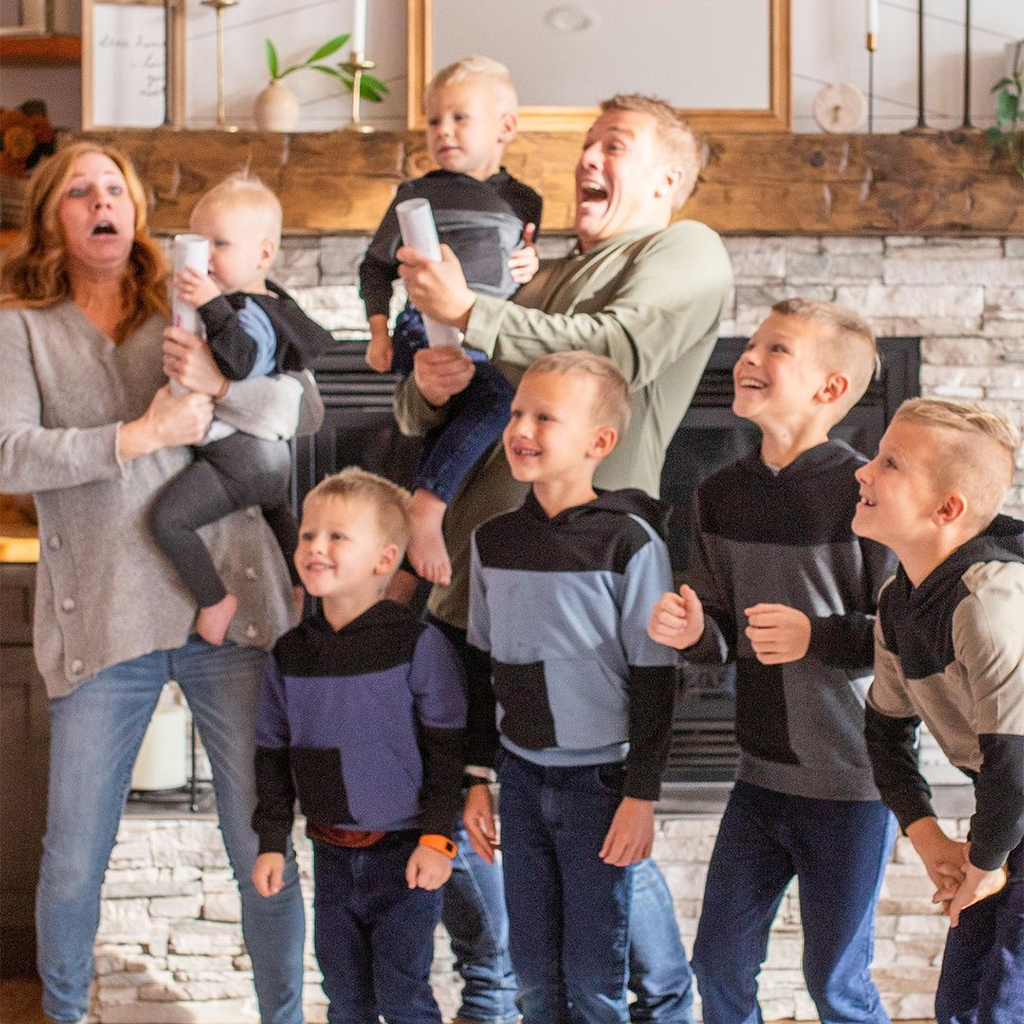 The couple holds confetti cannons as they stand with their six sons – Jude, Hudson, Chase, Crew, Beck, and Griffy – in their home. The boys wear matching sweaters and join their parents in bursting into excited screams as pink confetti exits the cannon. 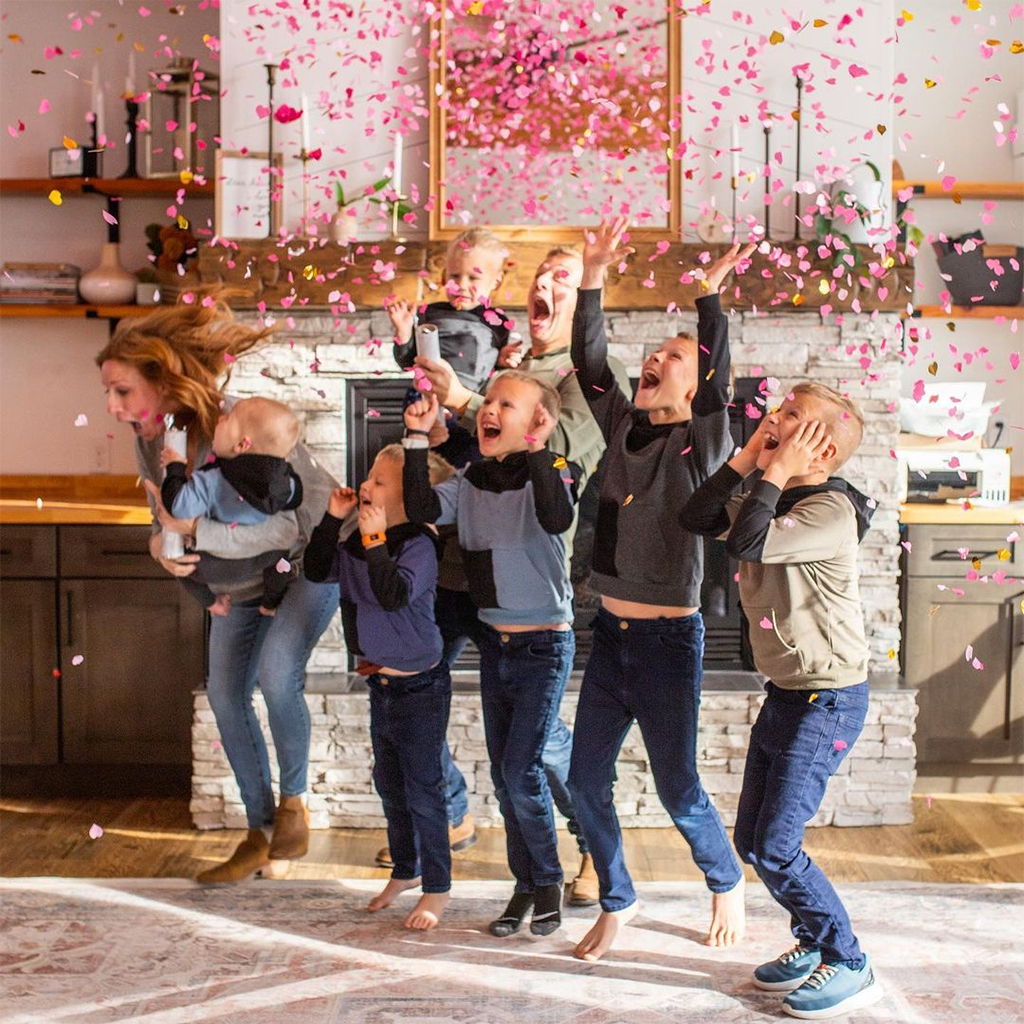 Sarah falls to the ground while holding her youngest, both laughing and crying at the same time.

“It’s a girl,” Tim repeats, laughing in disbelief as one of the boys runs into Sarah’s arms. 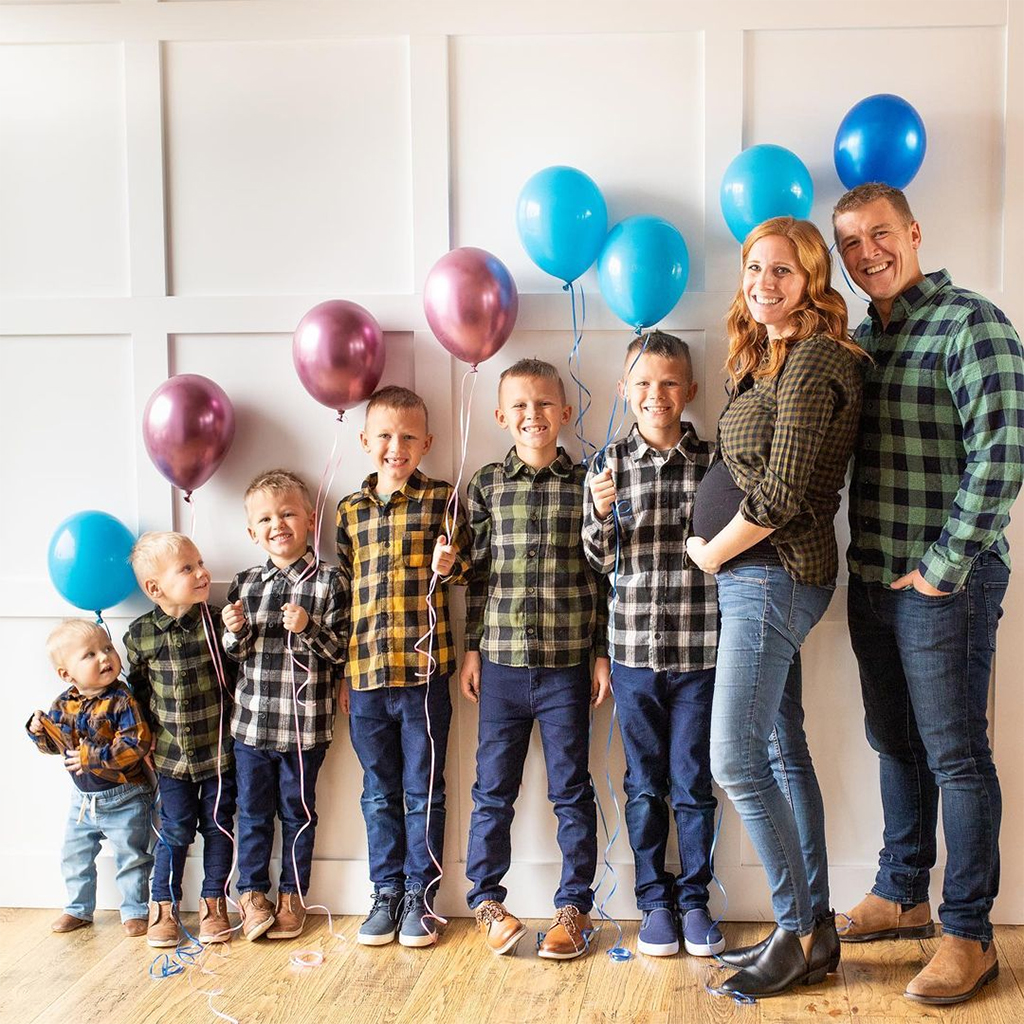 Speaking with People about her exciting news, Sarah says she’s had “joy and peace this entire pregnancy.”