For any new parent, even leaving the house with a child is a great achievement. Before children, you would go out with a small purse in which you could fit everything you needed, while with children you need to coordinate going out with feeding time, going to the toilet, and you need to bring a bunch of things that you may need, especially if the children are smaller. 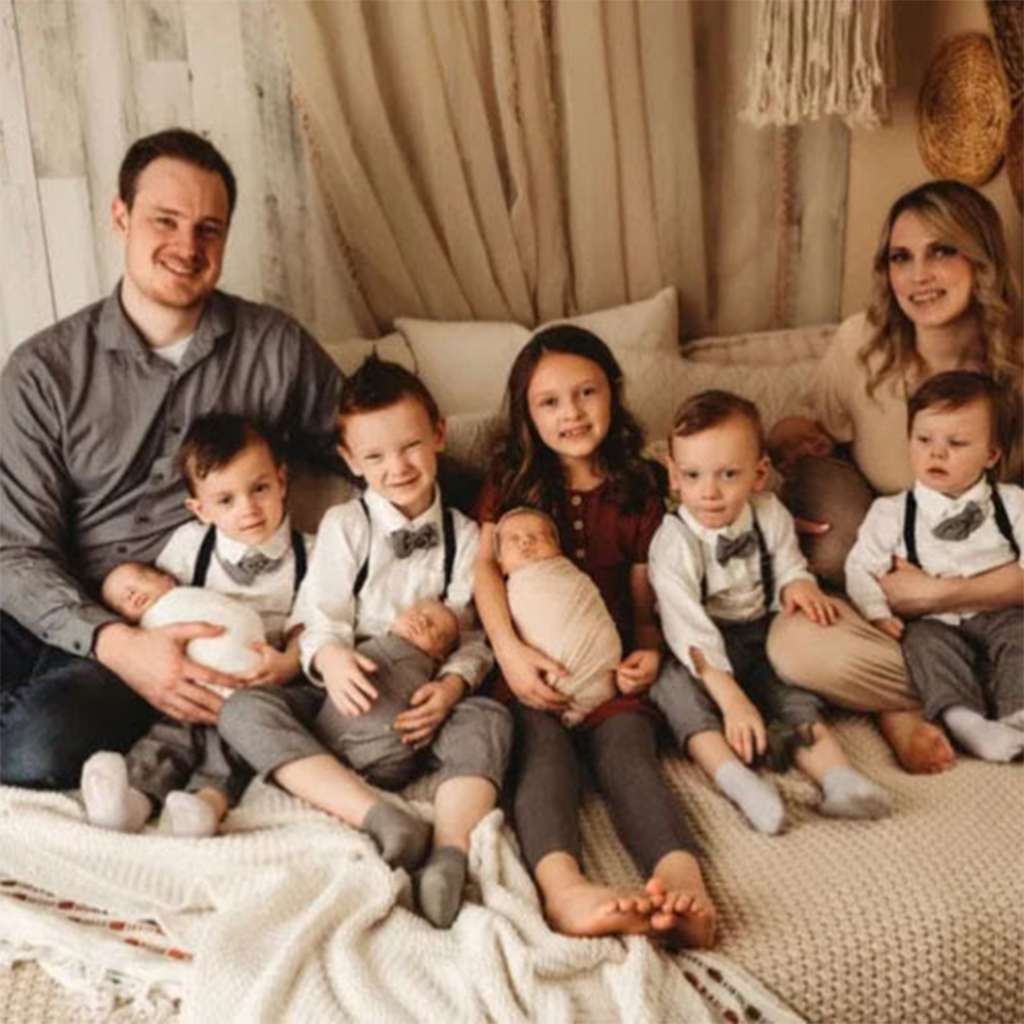 The mom of nine therefore deserves admiration, especially after she shared a video on her TikTok account @raisingouryoungs explaining and showing how she does shopping with her kids. Lena Young and her husband Alex have a pair of twins and quadruplets, for a total of nine children. Namely, seven are younger than three years old and still in diapers. 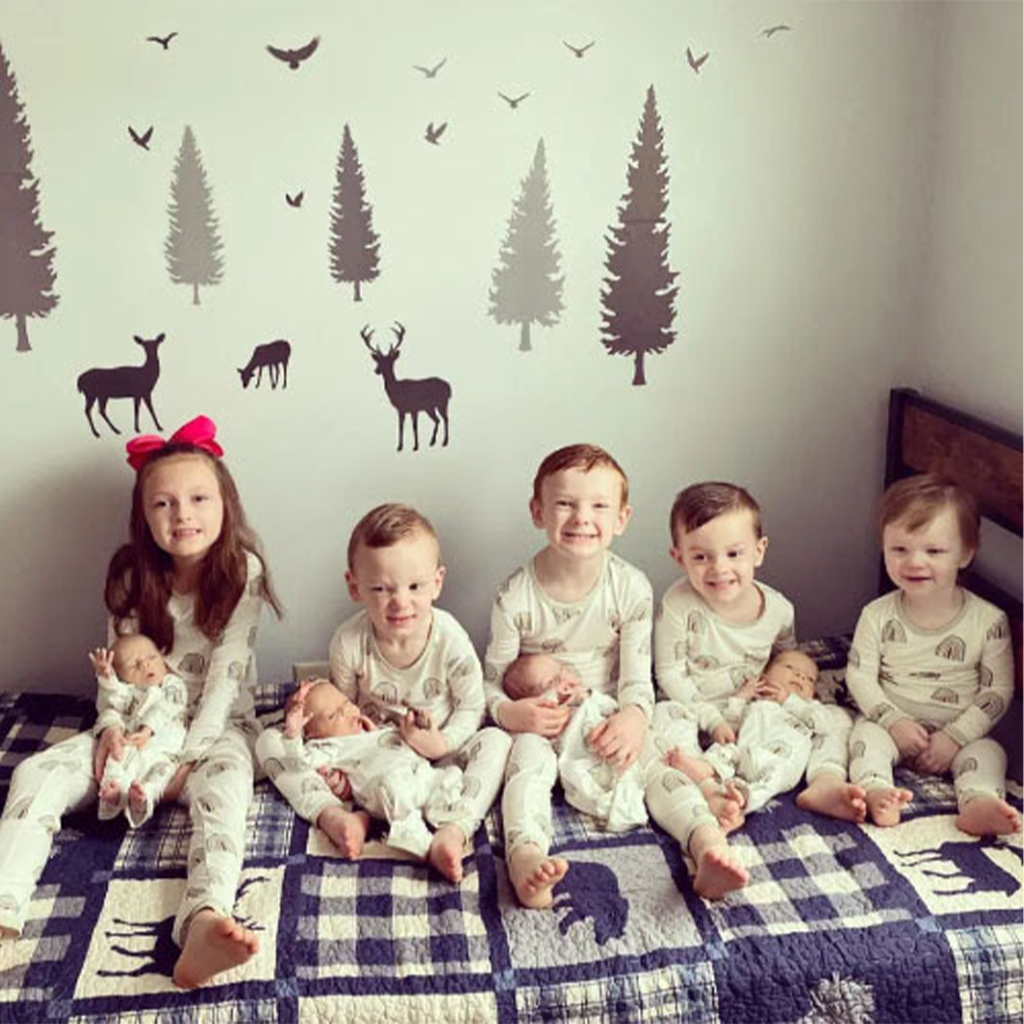 The most incredible thing in the whole story is that she regularly takes them shopping by herself while the older two are at school and her husband is at work.

A single mom with seven small children in the grocery store? Is that a joke?

Lena showed that this is actually her reality. First, she puts on the carrier for her 15-month-old child. Then she prepares a massive stroller for four babies. Once she has them all in place, she puts the youngest child in the carrier, then pulls her twins out of the car and they walk beside her to the store. 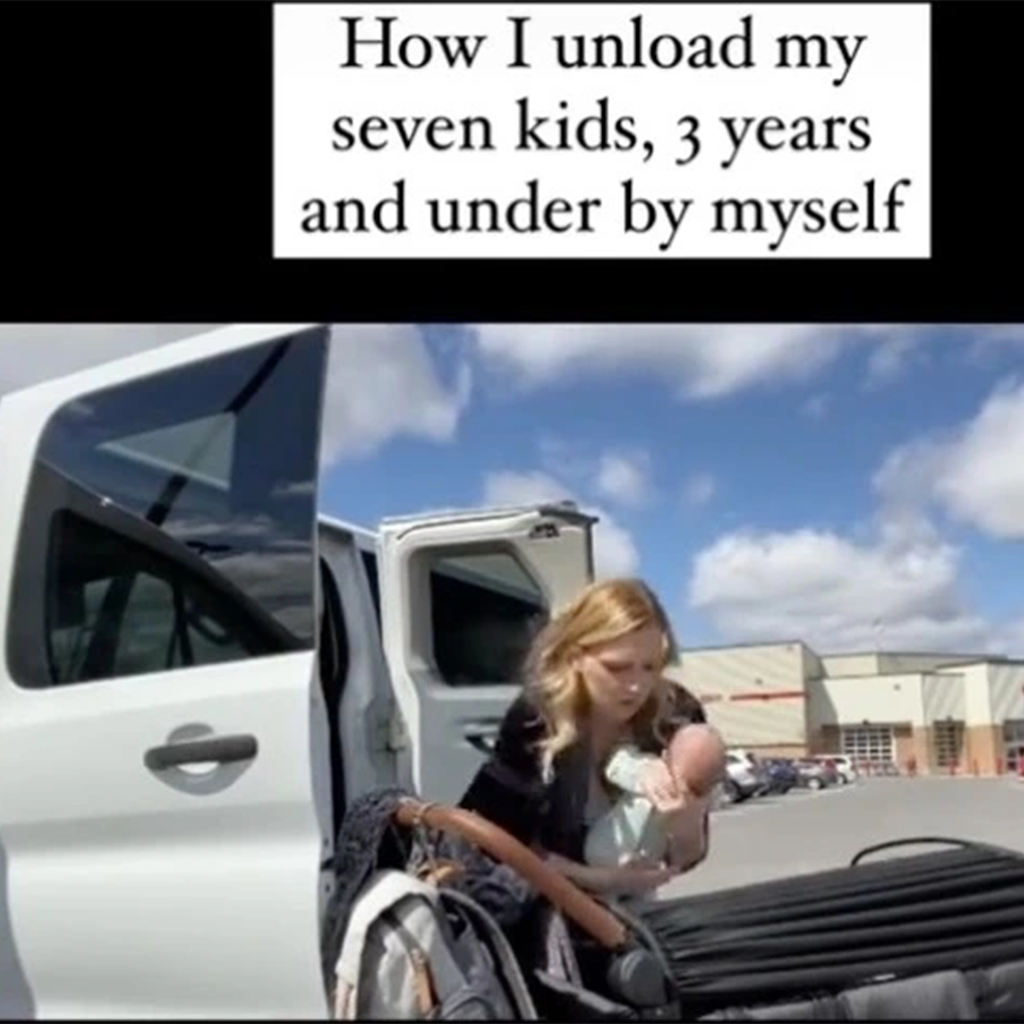 She discovered that the quad stroller has a shopping basket on the bottom, so she just adds groceries to it instead of using the stroller.

People tell her that she is their inspiration.

It is quite clear that the video quickly went viral with more than 8.3 million views in a few days. People were amazed by Lena and all the children, and they praised her efforts and success.

“The fact that you even made it out of the house is an inspiration,” someone wrote.

“Girl, I’m afraid to leave the house with just my one newborn,” commented one mom. 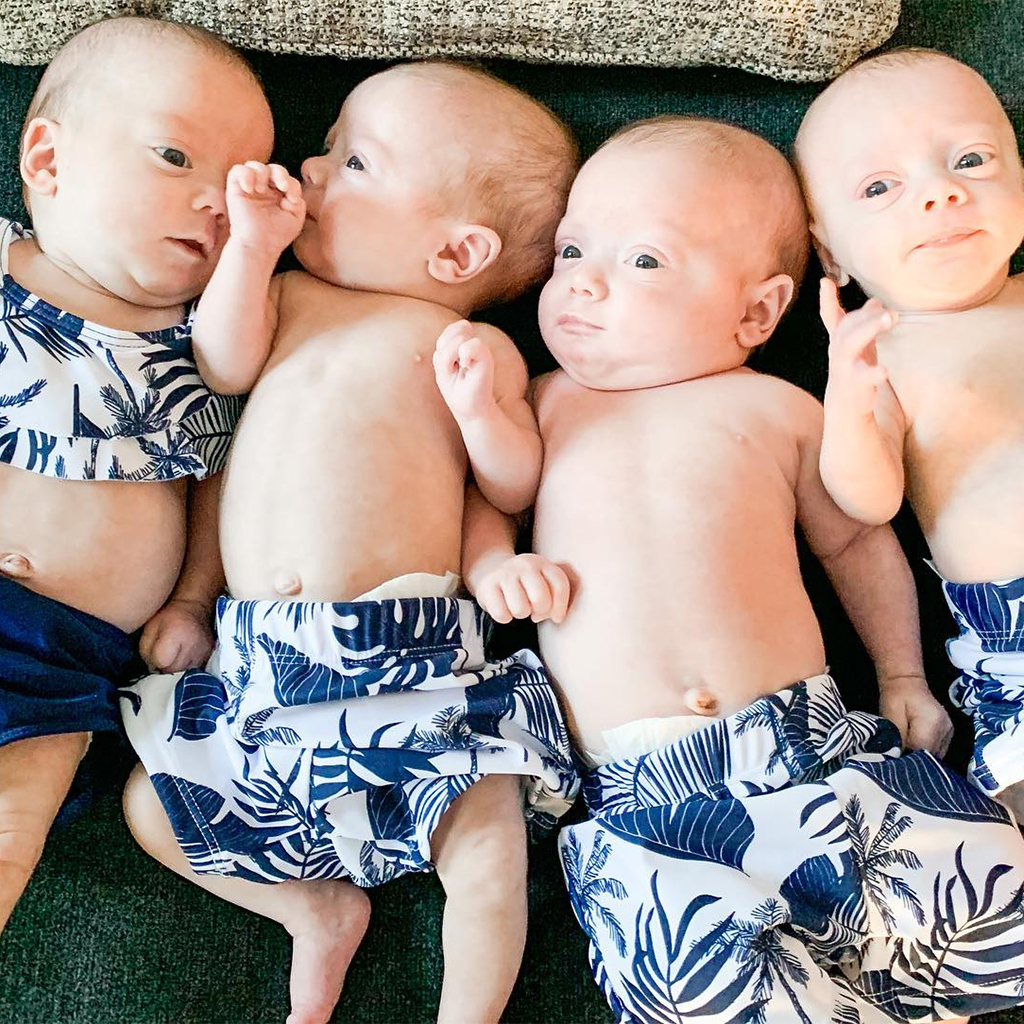 Some said they would never do what she regularly practices.

“Nothing is important enough for me to load and unload 7 children,” is one of the comments.

But Lena replied that the experience was great for the whole family. “Right after shopping we went to the park. I like to get out of the house for my mental health. We’re going crazy stuck at home,” she said. She also said she does it regularly because her husband works full-time.